OUTLETS have identified the suspect who crashed his car through lawn barriers and into police at Capitol Hill on April 2, 2021.

Two people have died and one person is in hospital as a result of the incident. 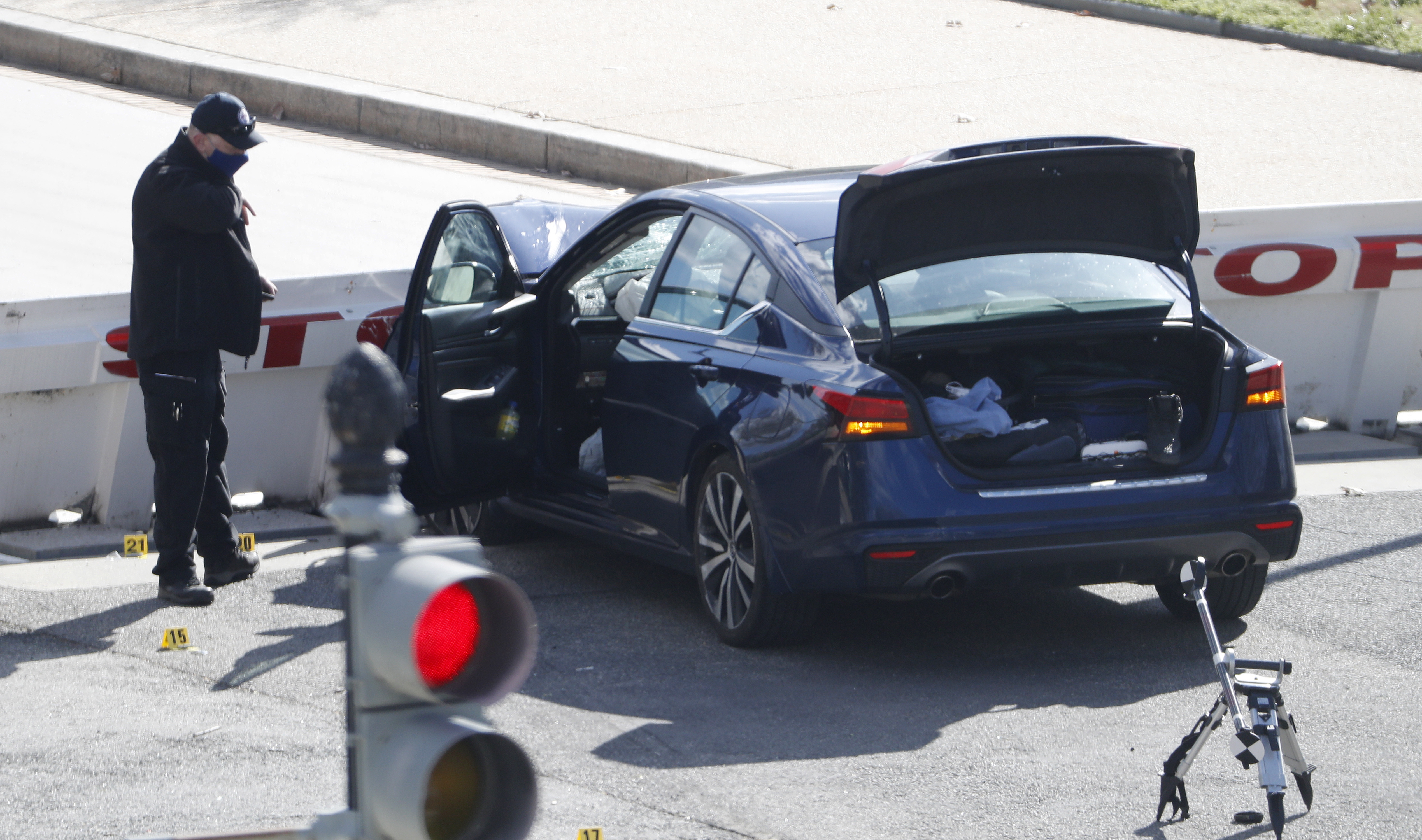 A police official investigates the scene after a vehicle rammed a barricade outside the US Capitol in Washington, DC, USA, 02 April 2021Credit: EPA

Who is the Capitol Hill suspect?

The Capitol Hill suspect has been identified as Noah Green, 25, by Fox and NBC News.

Law enforcement officials told the Associated Press that Green was shot by officers and rushed to hospital in a critical condition, where he died a short time later.

The driver was shot after jumping out of the car with a knife and failing to respond to verbal commands and “lunging” at the officers, acting Chief Yogananda Pittman said.

Green is reportedly from Indiana. Pittman and Robert Contee, acting chief of the DC Metropolitan Police Department, said the suspect was not someone who was previously known to their departments.

Who did he kill?

Pittman confirmed the identity as one of the fallen officers as William “Billy” Evans in a statement.

“It is with profound sadness that I share the news of the passing of Officer William ‘Billy’ Evans this afternoon from injuries he sustained following an attack at the North Barricade by a lone assailant,” she said.

“Officer Evans had been a member of the United States Capitol Police for 18 years. He began his USCP service on March 7, 2003, and was a member of the Capitol Division’s First Responder’s Unit.”