ODELL Beckham Jr is an American football player who plays in the wide receiver position.

In 2020, a rumor circulated about Beckham Jr. and his alleged bedroom habits.

Slim Danger is a friend of internet personality Celina Powell.

Who is Odell Beckham Jr.?

Odell Beckham Jr, also known as OBJ, is a wide receiver for the Cleveland Browns.

The 27-year-old Louisiana native was a first-round pick in the 2014 NFL Draft.

In 2015, he became the fastest receiver in NFL history to reach 100 career receptions.

Who is Celina Powell?

Celina Powell is an American social media personality known for gossiping about her sexual encounters with famous men. 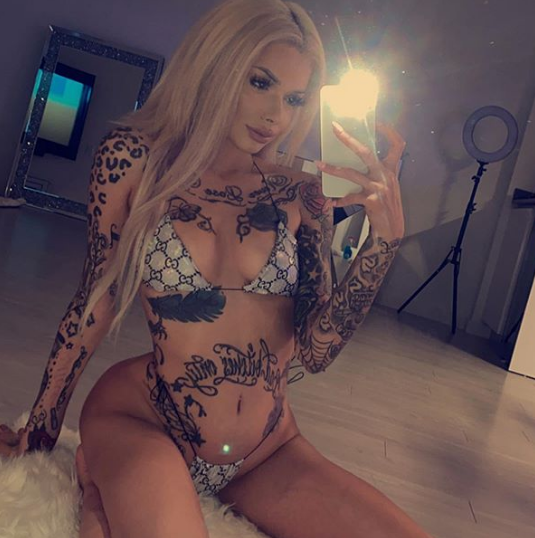 She’s accused various rappers including Snoop Dogg, Offset and Fetty Wap of cheating on their wives and getting her pregnant.

This isn’t the first time Celina and her friends have spoken about famous celebrities’ bedroom habits.

Celina Powell’s friend Aliza alleged that Trey Songz urinated on her when the two slept together.

What is the rumor about him and why is he trending?

Celina Powell and her friends took to media personality Adam22’s No Jumper podcast to reveal sordid details about a sexual encounter with the NFL star, claiming he has women defecate on him in the bedroom.

“He loves to be s***ted on,” Powell’s friend, known as Slim Danger, reveals.

“Ok he wanted me to come on a plane, and he told me ‘make sure you don’t wear any underwear. Don’t shower for 24 hours,'” she said.

“I sent it to him, and within the next two hours I was in Houston. I made it as sexy as possible.”

Slim Danger said that she was ultimately unable to follow through with the act when she met Beckham however.

Has he responded to the alleged accusations?

It appears as though Odell Beckham Jr. has addressed the explicit claims about his bedroom habits.

He posted a photo of himself with the caption, “Can’t knock me off my pivot… no matter what shxts thrown my way.”

What have people said about the clip?

Twitter has responded with mixed replies, with some believing the woman, and some claiming she fabricated the story to boost her platform.

“i hope these celebs start making mfs sign a NDA cause i wouldn’t want anything embarrassing circulating like this, so FREELY!” another user wrote.

Other Twitter users were doubtful of the fecal claims.

“Yup, why would she fly him her out to Houston? Lol…Odell dont be in my city like that..lol..these be lying,” one user wrote.

“Look at her cmon now,” another said.

“Weird. In his entire NFL career, I’ve never thought of Odell Beckham Jr. as a number 2 receiver,” one joked.

What else have Celina Powell’s friends said?

Celina Powell’s friend Aliza alleged that Trey Songz urinated on her when the two slept together.

She claimed the singer asked her to get into the bathtub, and when she followed his instructions, the two proceeded to engage in sexual acts before he urinated on her.

She went on to explain the nitty-gritty details of their evening, claiming there was a “pile of condoms” on the floor after she left.

The Sun has reached out to Beckham Jr’s management team for comment on the accusations.