ACTRESS and model Julia Fox split with ex Peter Artemiev and she appears to have moved on.

In a photoshoot released on January 7, Fox announced her new relationship with Kanye West shortly after her split with Artemiev.

Who is Peter Artemiev?

Peter Artemiev is known to be a private pilot based out of Brooklyn. He married model and actress Julia Fox, 32, in November 2018 but the pair split two years later.

Not much is known about Artemiev as he keeps his personal life quiet, with the exception of recent headlines about his split from Fox.

Leading up to the Christmas holiday, Fox accused her ex of being absent.

In a post on her Instagram story, she shared a photo of Artemiev with devil horns and asked “Have you seen this deadbeat dad?”

Artemiev has refuted her claims and called them “utterly false statements.”

When did Julia Fox and Peter Artemiev break up?

Rumors of Julia Fox and Peter Artemiev’s split surfaced in 2020 when she deleted photos of them from her Instagram.

Fox has since moved on from Artemiev and was dating Kim Kardashian’s ex Kanye West.

They released a photoshoot announcing the blossoming relationship only a week after they started dating.

Despite Fox’s complaints about Artemiev, she told PageSix she is excited about her future with West.

“I don’t know where things are headed,” she said. “But if this is any indication of the future I’m loving the ride.”

On February 14, 2022 news broke that Fox and West have called it quits on their short-lived romance.

Julia’s rep confirmed the split to InTouch on Monday.

They told the outlet: “Julia and Kanye remain good friends and collaborators but they are no longer together.” 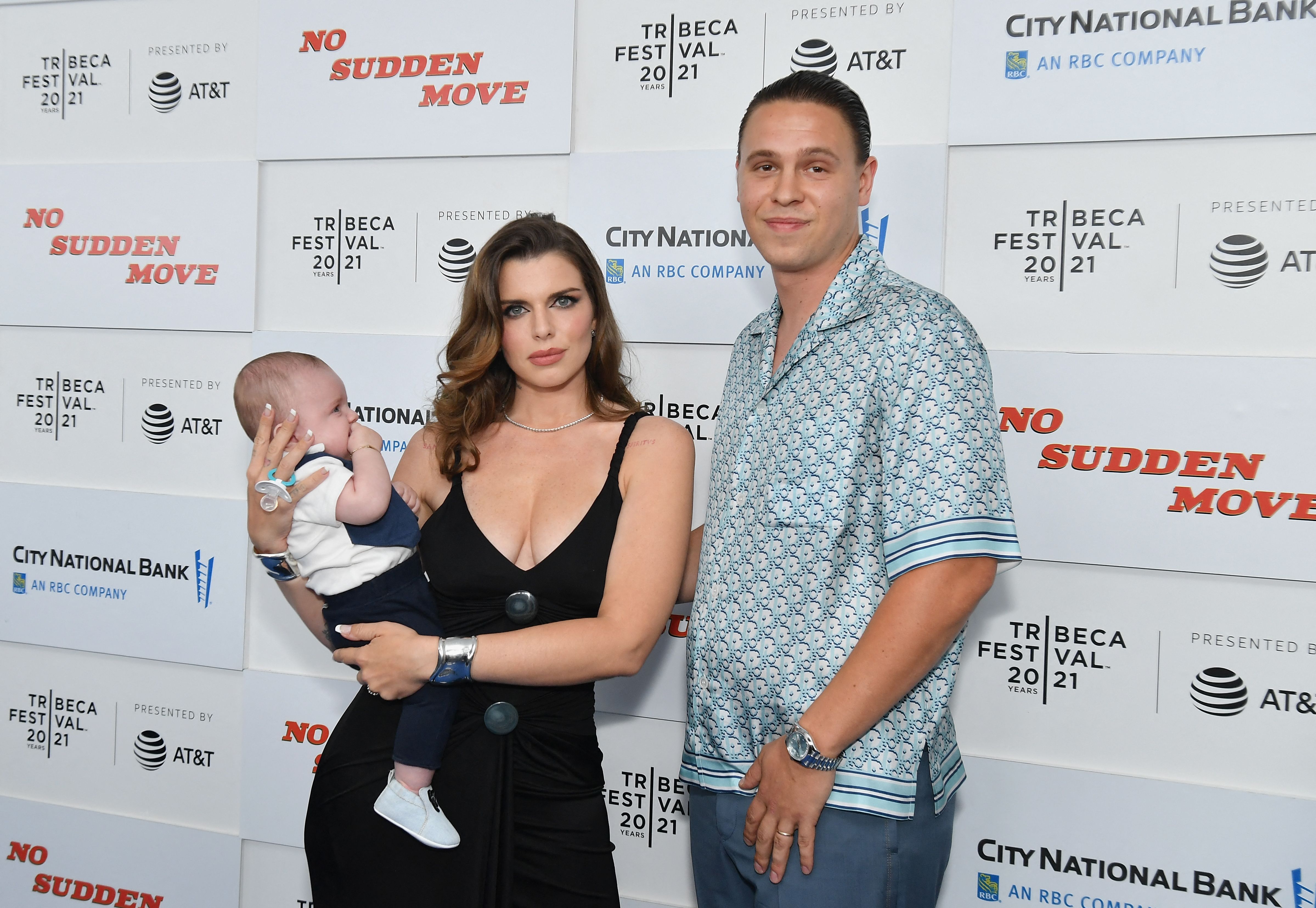 Do Peter Artemiev and Julia Fox have a child?

Fox posted photos of her pregnancy shortly before giving birth to a son she shares with Artemiev.

Their son, Valentino, was born on January 17, 2021, and Fox now claims that Artemiev got her pregnant “intentionally,” but she is glad to have her son in her life.

In a recent Instagram story, Fox said, “He (Artemiev) 1000 percent intentionally got me pregnant, It’s a blessing. I’m happy about it. I would not change it.”

However, in recent weeks Fox has accused Artemiev of abandoning her and their child.

On December 21, Fox posted a photo of Artemiev to her Instagram story asking, “Have you seen this deadbeat dad?”

She added, “I just don’t want my son f***ed up cuz he feels like his dad was absent or loved alcohol and partying more than him.

Artemiev has denied the accusations and in a statement to PageSix, he said, “I was saddened to learn of the utterly false statements made on social media by Julia Fox, my co-parent, who is clearly struggling.