Hunter and four of his children – Naomi, Finnegan, Maisy and newborn baby Beau – were all present to watch Joe be sworn in as president on January 20, 2021. 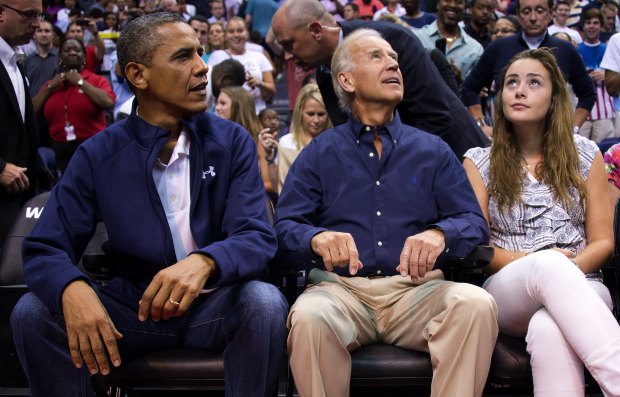 Who is Naomi Biden?

Naomi is the 26-year-old daughter of Hunter and his first wife Kathleen.

She was named after the former VP’s daughter who passed away.

Before then, she was a student at the University of Pennsylvania and graduated in 2016, along with Tiffany Trump.

Last year, she heartfeltly tweeted “I am proud to be your granddaughter every single day” to the president.

Who is Naomi Biden’s boyfriend?

Neal previously attended Penn Law and interned for Hillary Clinton’s presidential campaign and at the White House when President Obama was in office according to Guest of Guest.

They both have a knack for helping people, and created a website featuring a quiz that allows people to see if they qualify to receive aid on the CARES Act. It’s currently helped more than 10,000 people and counting get assistance from the $2.2 trillion stimulus package.

The couple told MTV News it took a total of almost 48 hours to read through all 335 pages, create the quiz, and to code the website.

“It was either that or watch Curb Your Enthusiasm for the third time in a row,” Naomi told MTV News.

They were seen on stage with Joe, Hunter, Jill and the rest of the Biden family.