BILLIE Eilish’s new documentary follows the young singer’s meteoric rise to stardom since she burst onto the music scene at just 13-years-old.

The singer is already decorated with accolades with 58 wins under her belt including five Grammy awards. 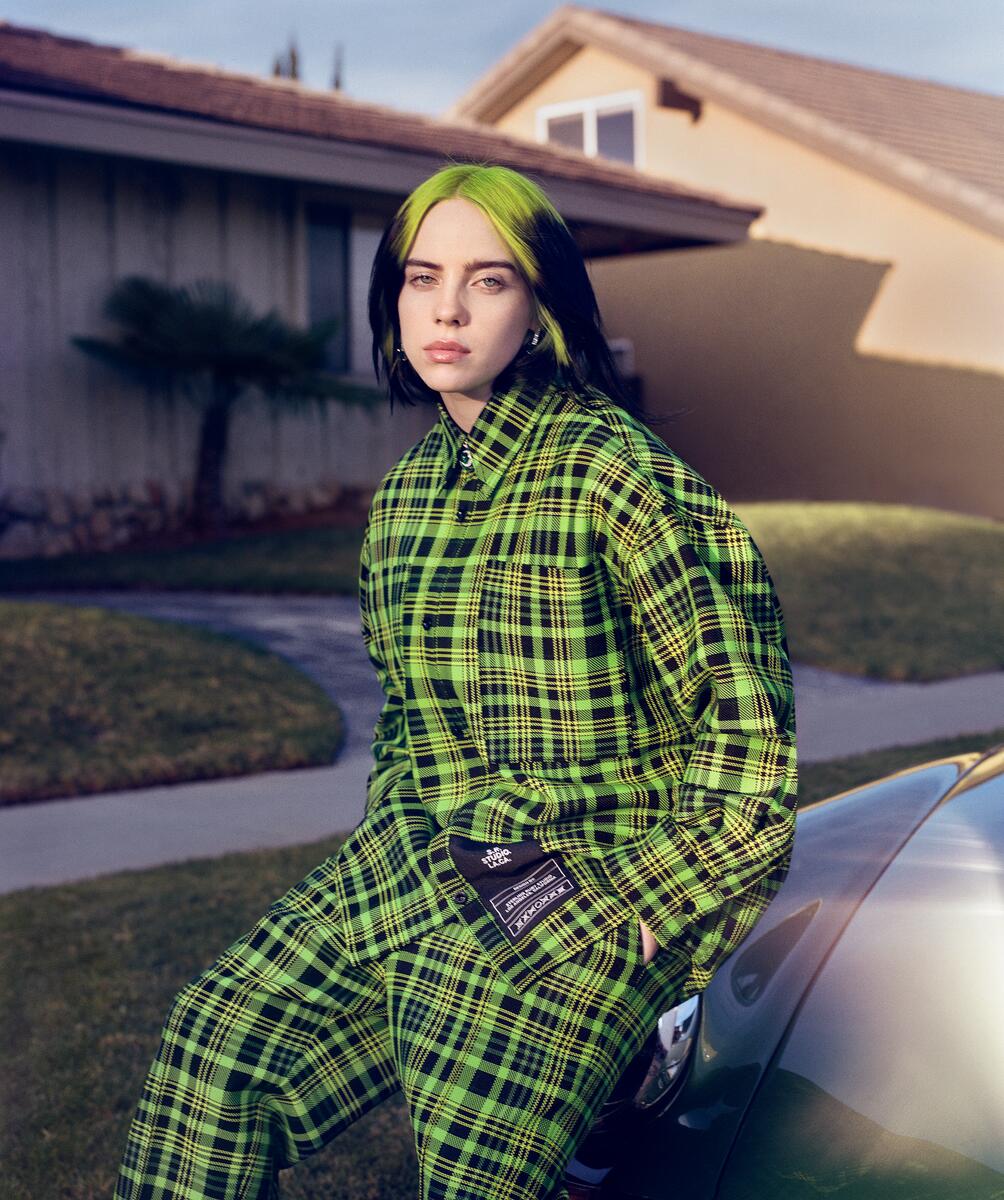 The documentary is available to all Apple TV Plus subscribers to watch on demand.

The documentary follows the Bad Guy singer’s rise to stardom and her life on the road and with her friends and family. 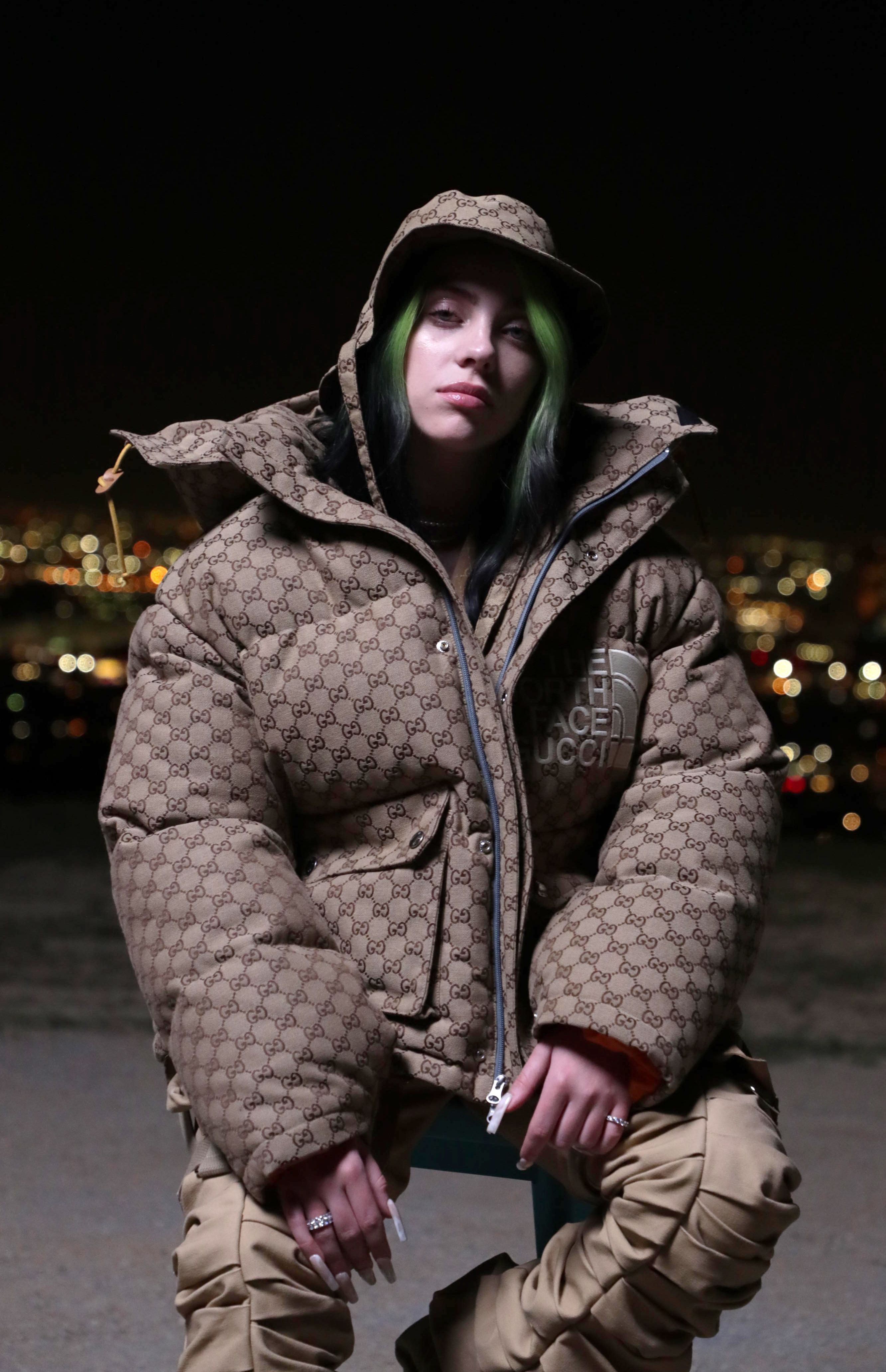 In one interview, Billie said: “It’s funny. When anyone else thinks about Billie Eilish at 14, they think of all the good things that happened.

“But all I can think of is how miserable I was. How completely distraught and confused. Thirteen to 16 was pretty rough.”

In between showing her touring the world and performing to hundreds of thousands of people, the documentary also sees her doing her own laundry, nervously taking driving lessons and having an ice-skating party for her 17th birthday. 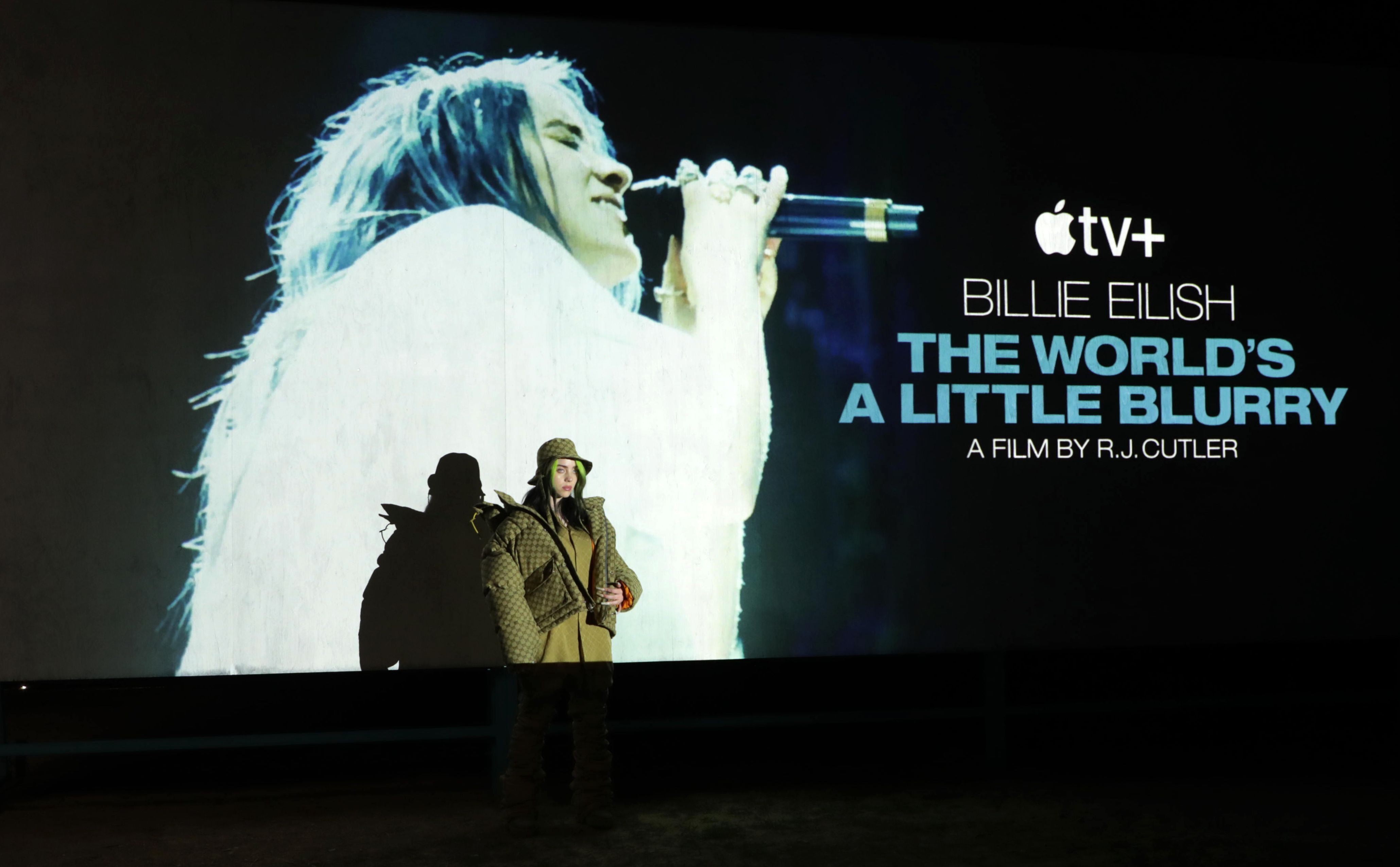 And despite her enormous success, Billie still lives with parents Maggie Baird, an actress and screenwriter, and Patrick O’Connell, a construction worker.

Old footage shows a very young Billie playing piano along with her brother Finneas. The pair were home-schooled and spent countless hours writing music together.

Who is Billie Eilish dating?

It is thought that Billie Eilish is currently single.

In 2019, she broke up with former boyfriend Brandon Quention Adams.

Adams has featured in the documentary, where we the singer stepping off stage as the headline act at California music festival Coachella in 2019 only to become immediately preoccupied by issues with her boyfriend. 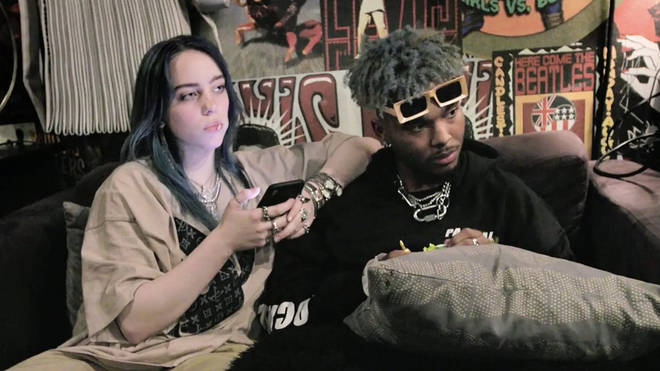 His first album, Bleaupro, came out in 2016, and Eilish appeared on the cover, according to Pop Buzz.

It is not clear when they started dating, but they broke up in 2019.

“I just wasn’t happy,” Eilish says in the documentary, according to Pop Buzz.

“And I didn’t want the same things he wanted and I don’t think that’s fair, for him.

“I don’t think you should be in a relationship, super excited about certain things that the other person couldn’t care less about. 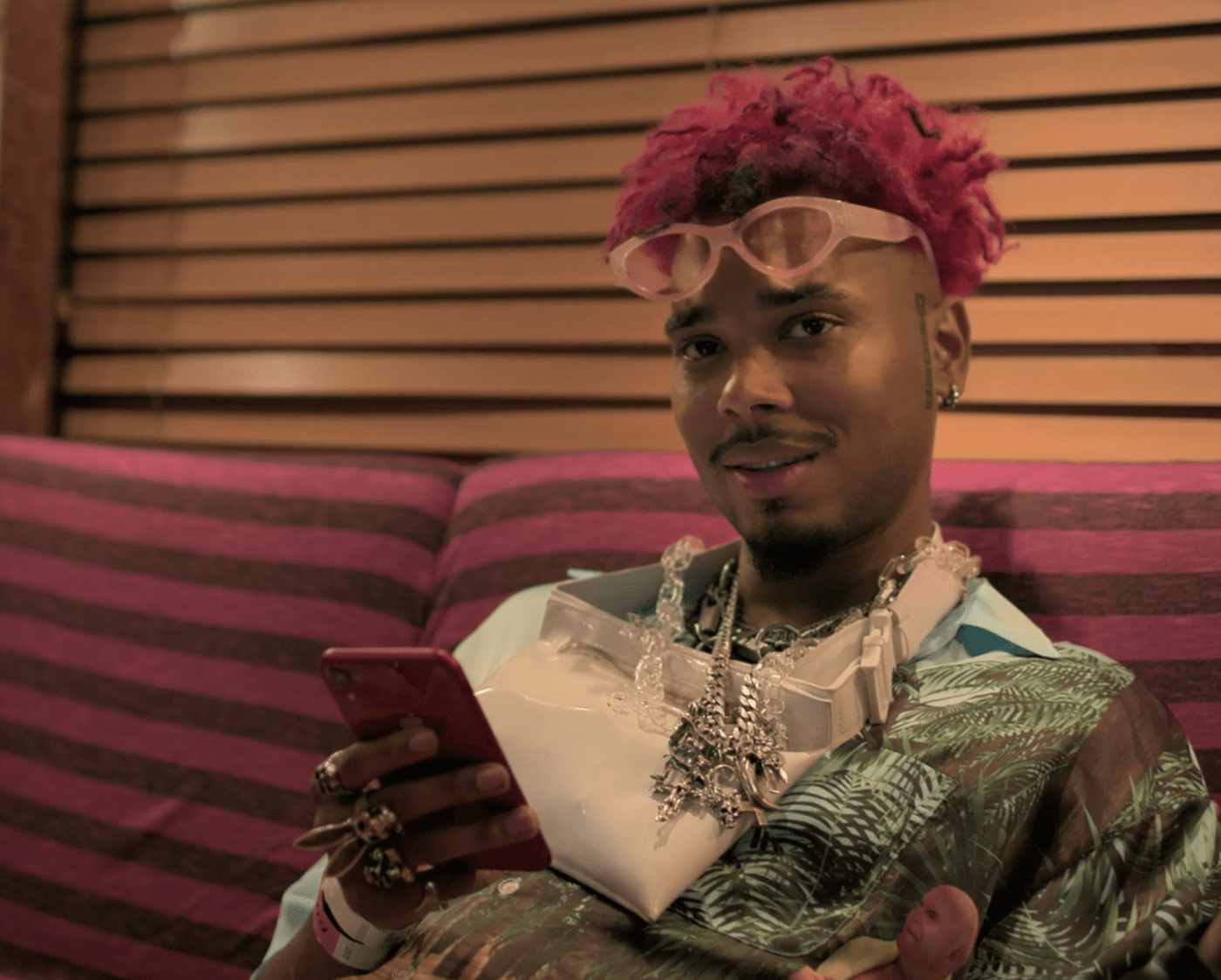 “And there was just a lack of effort, I think. I literally was just like, ‘Dude, you don’t even have enough love to love yourself, you can’t love me. And you don’t. Like, you think you do.'”

Eilish, still just a teen, added: “I do love him, though, which is what made it harder. ‘Cause I’m not over him. I didn’t find someone else.

The young singer has always worn baggy clothes to purposefully hide her body from being sexualized.

In an interview with Vanity Fair, Billie revealed that her body insecurities pushed her to extremes in her early teen years, something that she’s been able to improve this past year.

After first coming into the music scene rocking only baggy clothes, Billie surprised fans when she was photographed last year in a tight tank top and shorts.

She said of that moment: “I was really, really glad though, mainly, that I’m in this place in my life, because if that had happened three years ago, when I was in the midst of my horrible body relationship – or dancing a ton, five years ago, I wasn’t really eating. 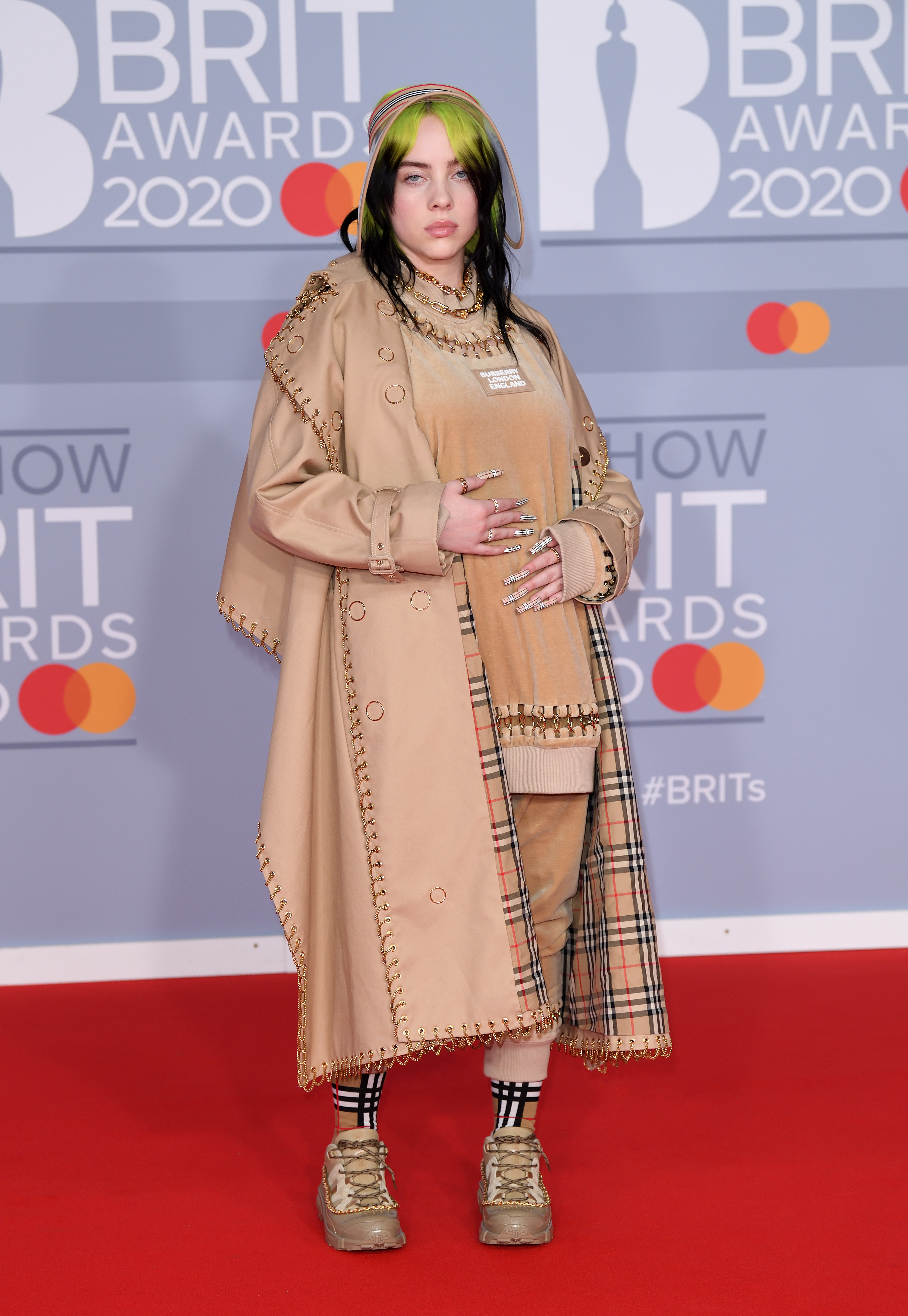 Billie used to be a dancer, but an injury squashed that career.

She continued: “I remember taking a pill that told me that it would make me lose weight and it only made me pee the bed – when I was 12. It’s just crazy. I can’t even believe, like I – wow. Yeah.”

She then added of that pap photo: “I thought that I would be the only one dealing with my hatred for my body, but I guess the internet also hates my body. So that’s great.”