LAST year, Lionel Messi picked out 15 young stars to watch – but where are they now? 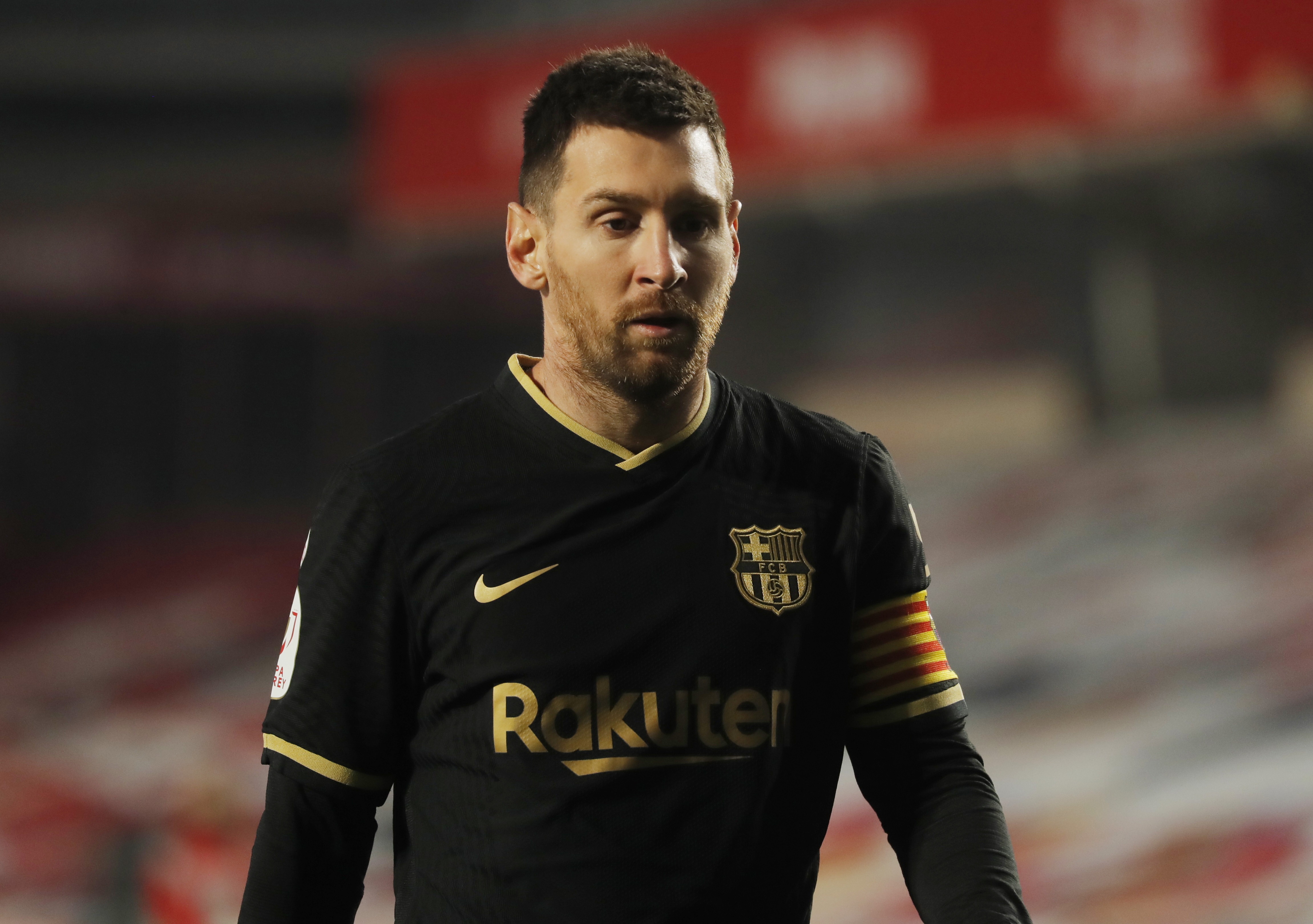 We look at how the 15 youngsters Messi picked out as ones to watch have fared in the year that followedCredit: Reuters

Messi selected a hatful of young English talent among his crop – with no fewer than FOUR Three Lions stars making the grade.

But the 15 youngsters have endured very different years since Messi’s announcement.

Take a look at where they are now, one year on… 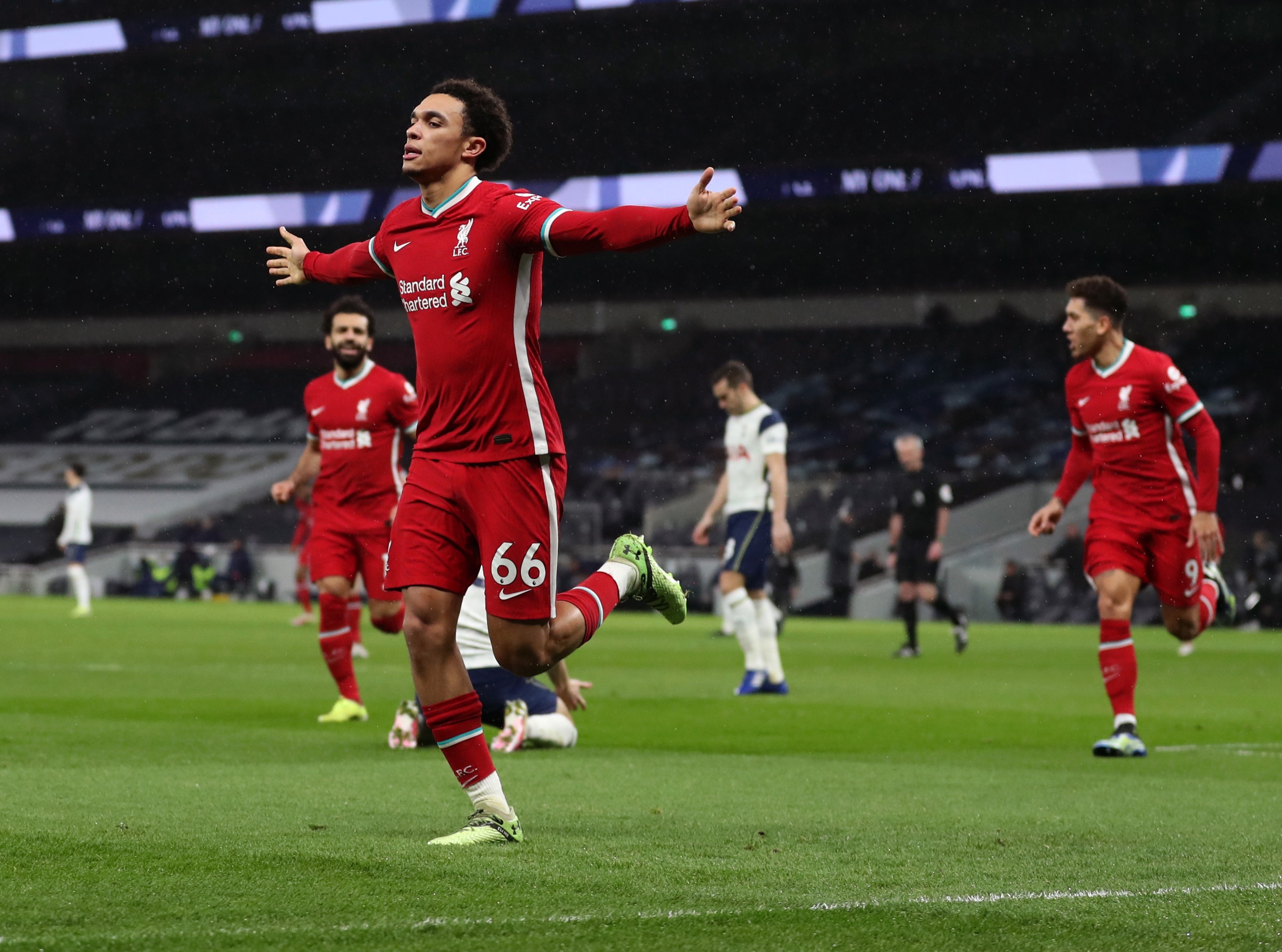 Alexander-Arnold has struggled a bit for consistency in 2020-21 by his own high standardsCredit: Getty Images – Getty

MESSI got a first-hand view of the Liverpool right-back’s talent in the 2018-19 Champions League.

Alexander-Arnold, 22, was in blistering form as the Reds thumped Barcelona 4-0 in the second-leg of their semi-final clash – and even took the corner leading to Divock Origi’s winning goal to send them to the final.

Still Liverpool’s – and arguably England’s – No1 right-back, Alexander-Arnold has endured a trickier season in 2020-21.

But with all of Liverpool’s senior centre-backs injured, it’s little wonder consistency has been hard to come by. 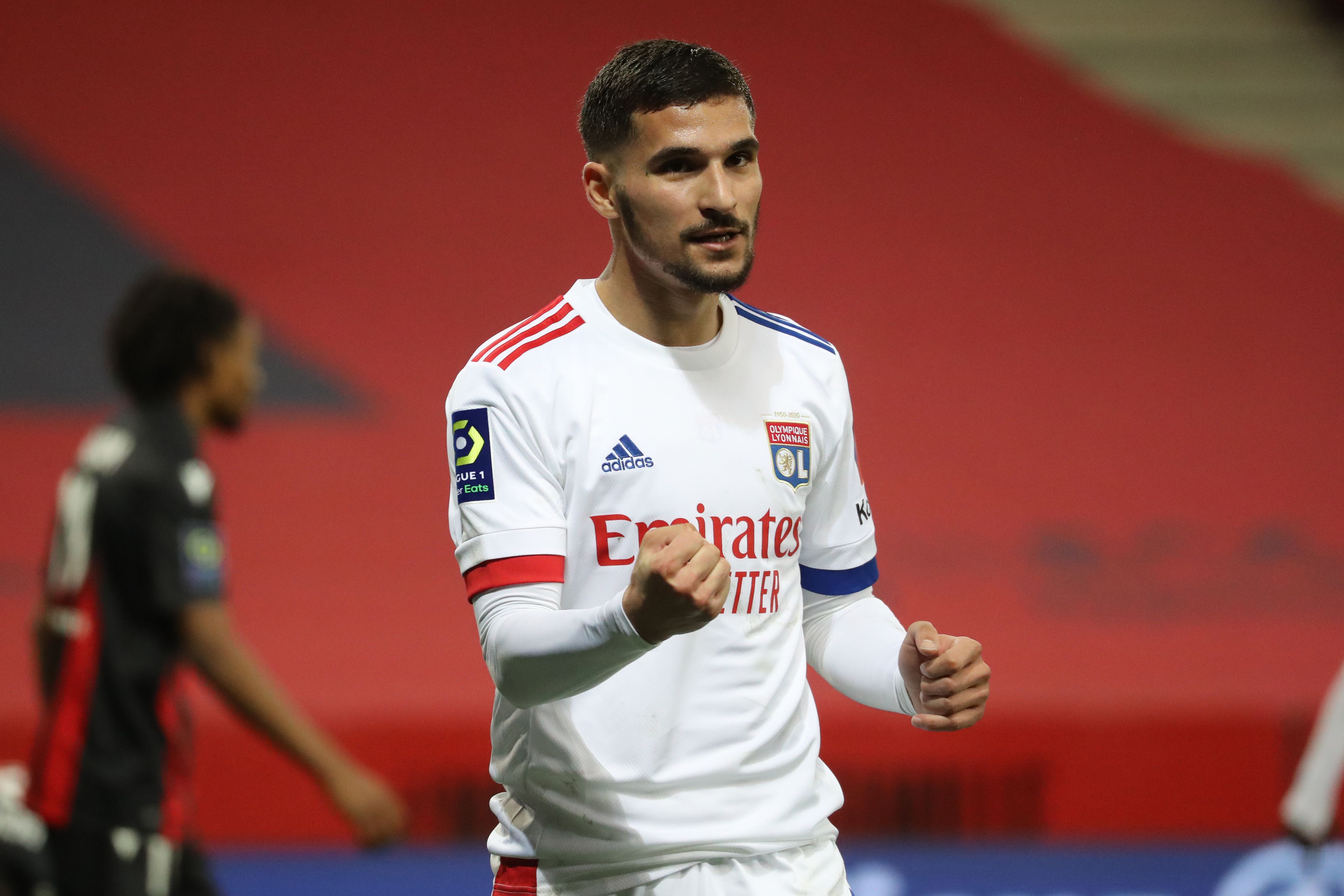 Houssem Aouar has excelled for Lyon in the past yearCredit: AFP or licensors

LINKED with a move to Arsenal last summer, Aouar is captain of Lyon and has already won his first France cap.

Technically superb, the versatile midfielder, 22, is expected to complete a big-money move to another of Europe’s giants in 2021.

Barcelona are another club rumoured with a move for Aouar – but a move could be scuppered after their finances took a huge hit during the coronavirus pandemic. 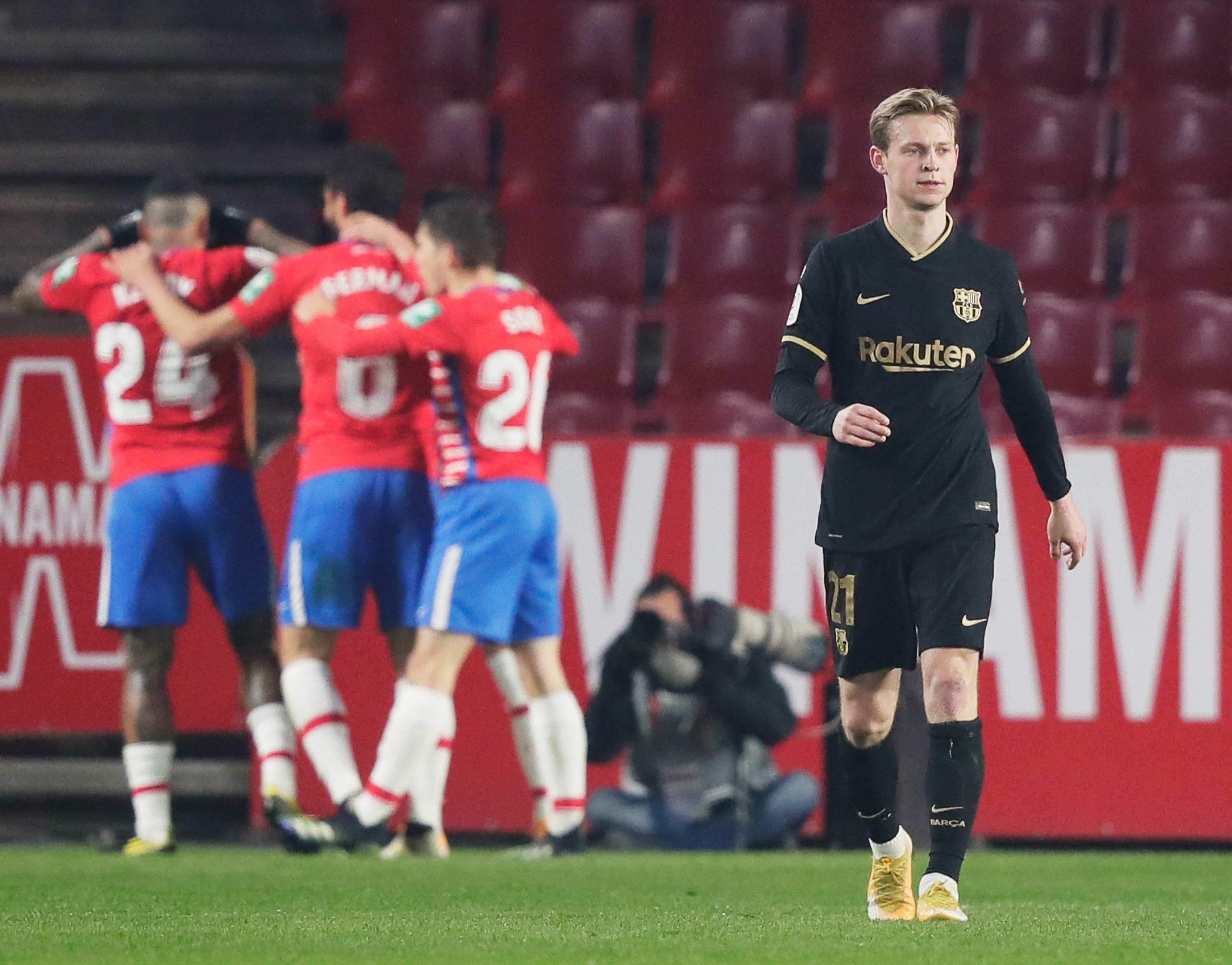 A CURRENT team-mate of Messi, the Argentine knows all about De Jong.

The Dutchman, 23, moved from Ajax following their run to the 2018-19 Champions League semi-final.

While De Jong is yet to replicate his top form at the Nou Camp – scoring just twice in 42 games in his first season – time is certainly on his side. 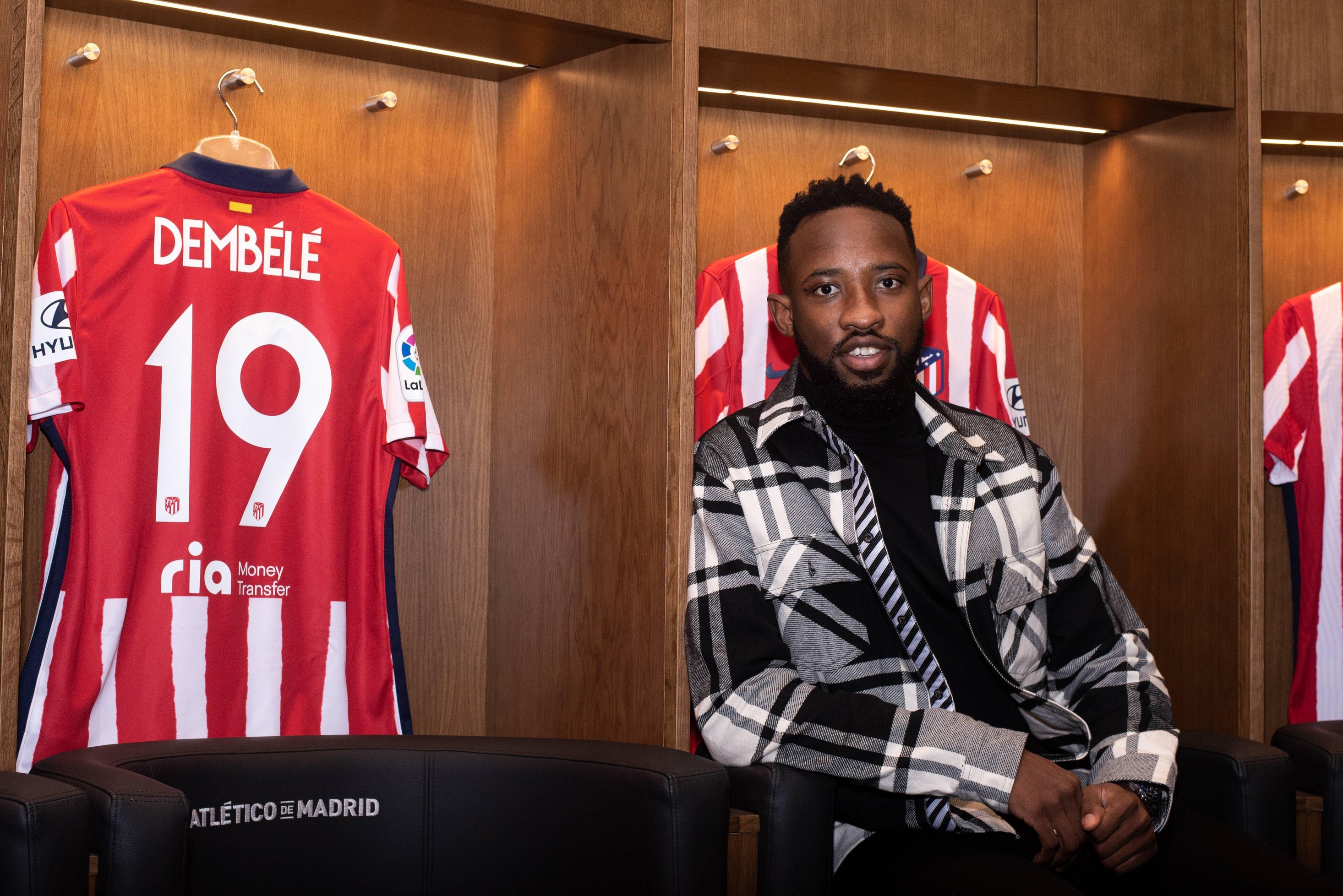 THE French striker, 24, recently joined Atletico Madrid on loan from Lyon with a view to a permanent move in the summer.

The ex-Fulham and Celtic forward is one of Europe’s most-sought-after stars after a sensational three-year spell in France.

Dembele scored 45 times in 108 matches in all competitions for Lyon prior to his move to the Wanda Metropolitano. 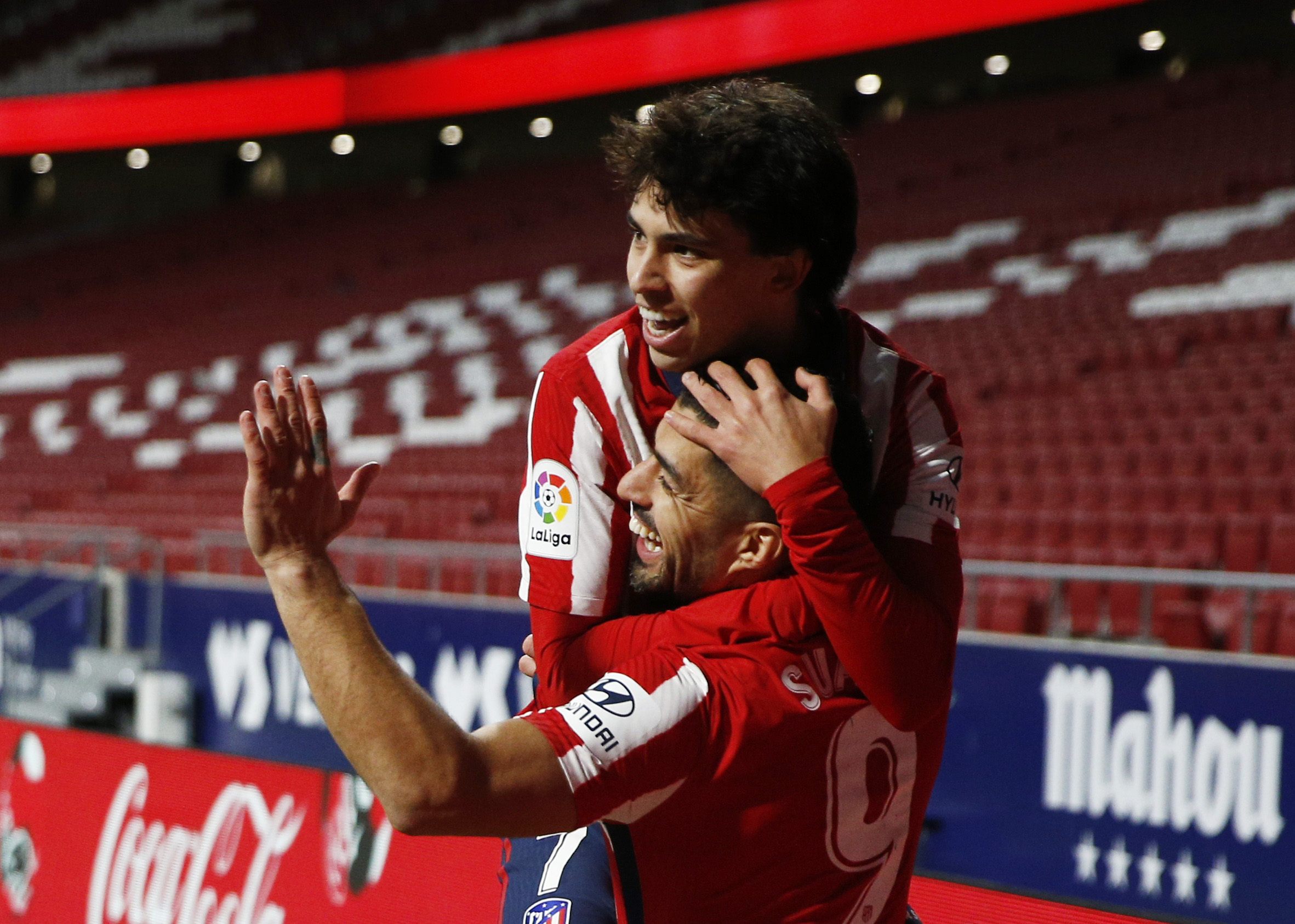 Joao Felix is slowly starting to find his feet at Atletico MadridCredit: Reuters

ANOTHER Atleti forward, Diego Simeone has a host of young attacking talent on his books now.

Fighting for minutes with Dembele and Luis Suarez, Felix, 21, has found life in Spain a little more difficult than he did at Benfica.

However, Felix has shown signs of improvement since Messi’s glowing praise, scoring as many LaLiga goals halfway through this season than he did in his entire debut campaign. 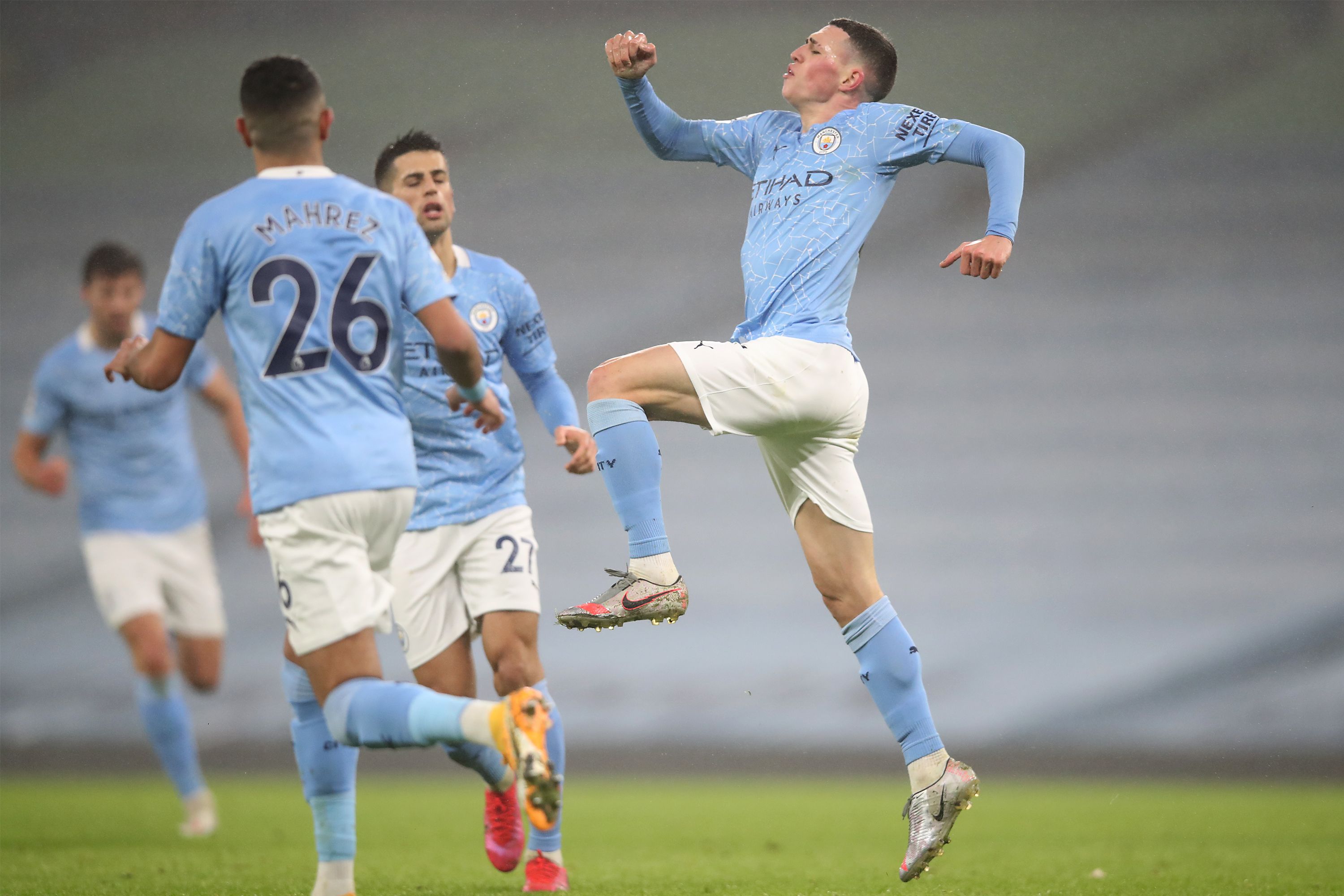 Phil Foden has been in exceptional form for Man City this seasonCredit: AFP

THE Manchester City wonderkid, 20, is making a name for himself across Europe.

As well as Messi, Foden has garnered praise from the likes of Arsene Wenger.

Finally getting some regular game-time in Pep Guardiola’s star-studded squad, Foden is expected to be England’s brightest star for the next decade.

Until Raheem Sterling’s goal against Burnley midweek, Foden was City’s top scorer this season with nine goals in all competitions. 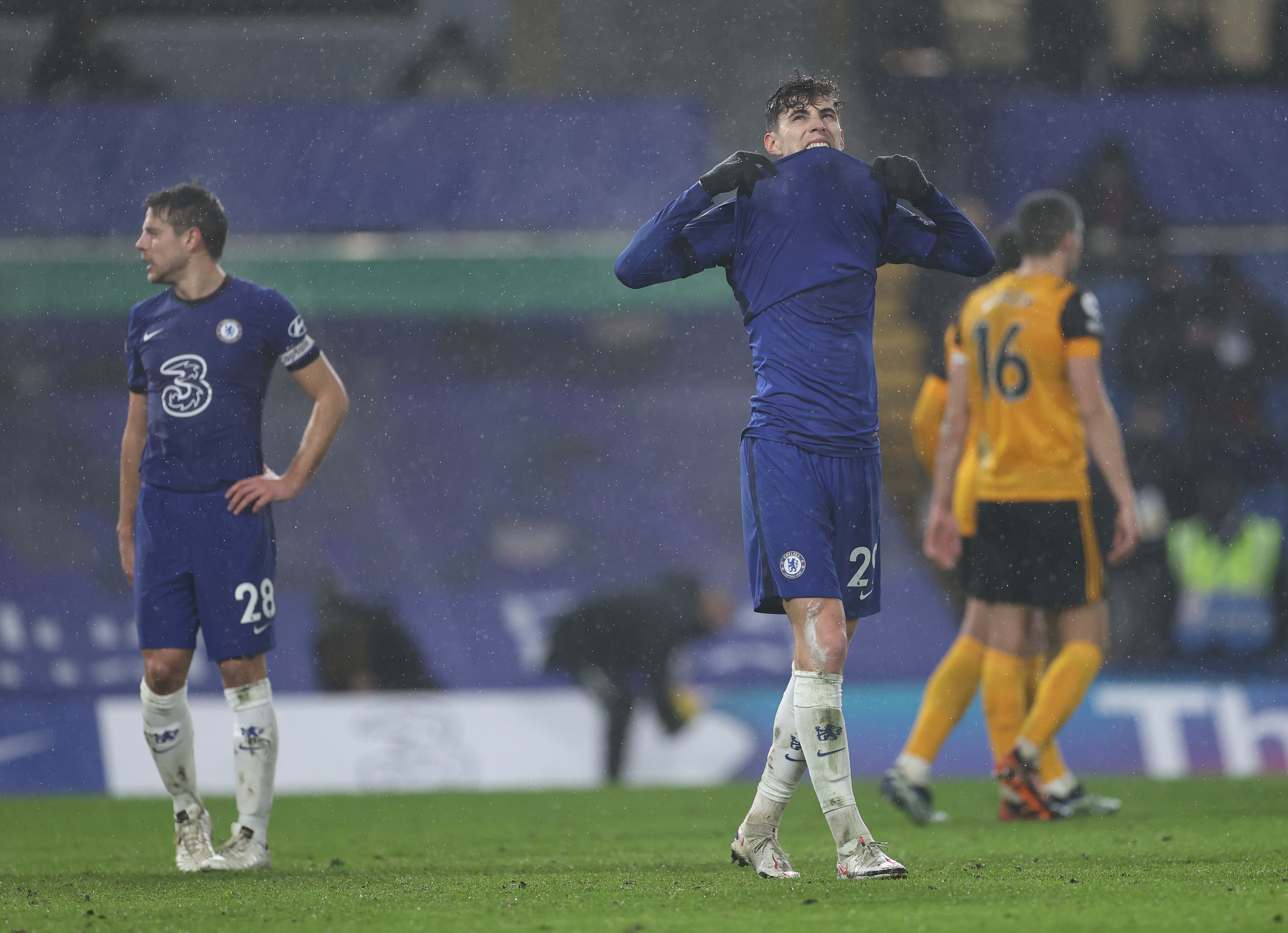 AFTER Messi’s comments, Havertz teased clubs across Europe by showing off his unquestionable talent at Bayer Leverkusen.

After Chelsea opted to splash £70m on the midfielder, Havertz, 21, was expected to take the next step.

However, the German star has endured a horror season in England – scoring once and adding just two assists in 18 Premier League games. 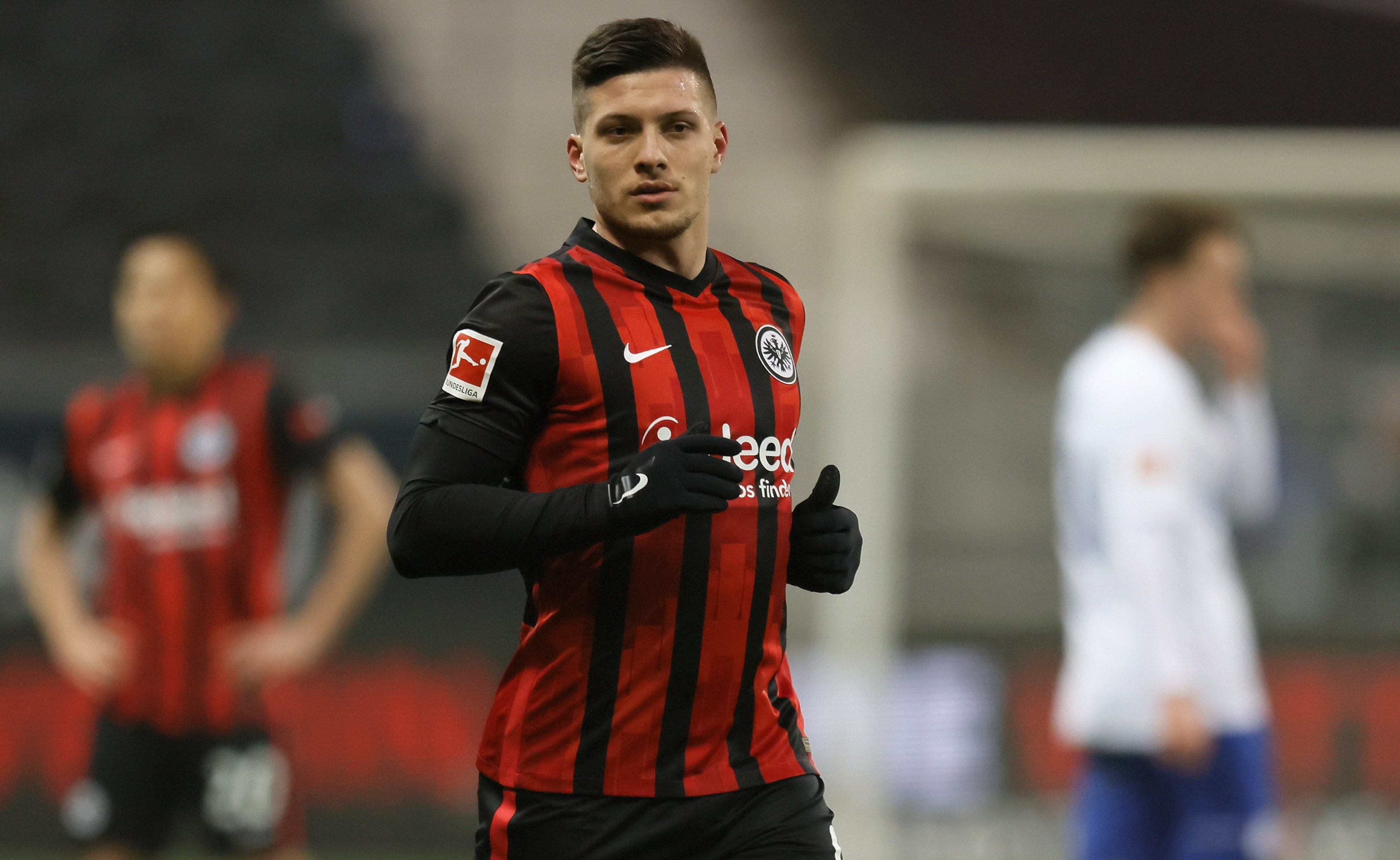 SIGNED from Eintracht Frankfurt in 2019, the past 18 months hasn’t been kind to Jovic.

The Serbian, 23, scored just twice in 21 LaLiga games before being shipped back on loan to Frankfurt.

Jovic scored twice off the bench in his first game back in the Bundesliga. 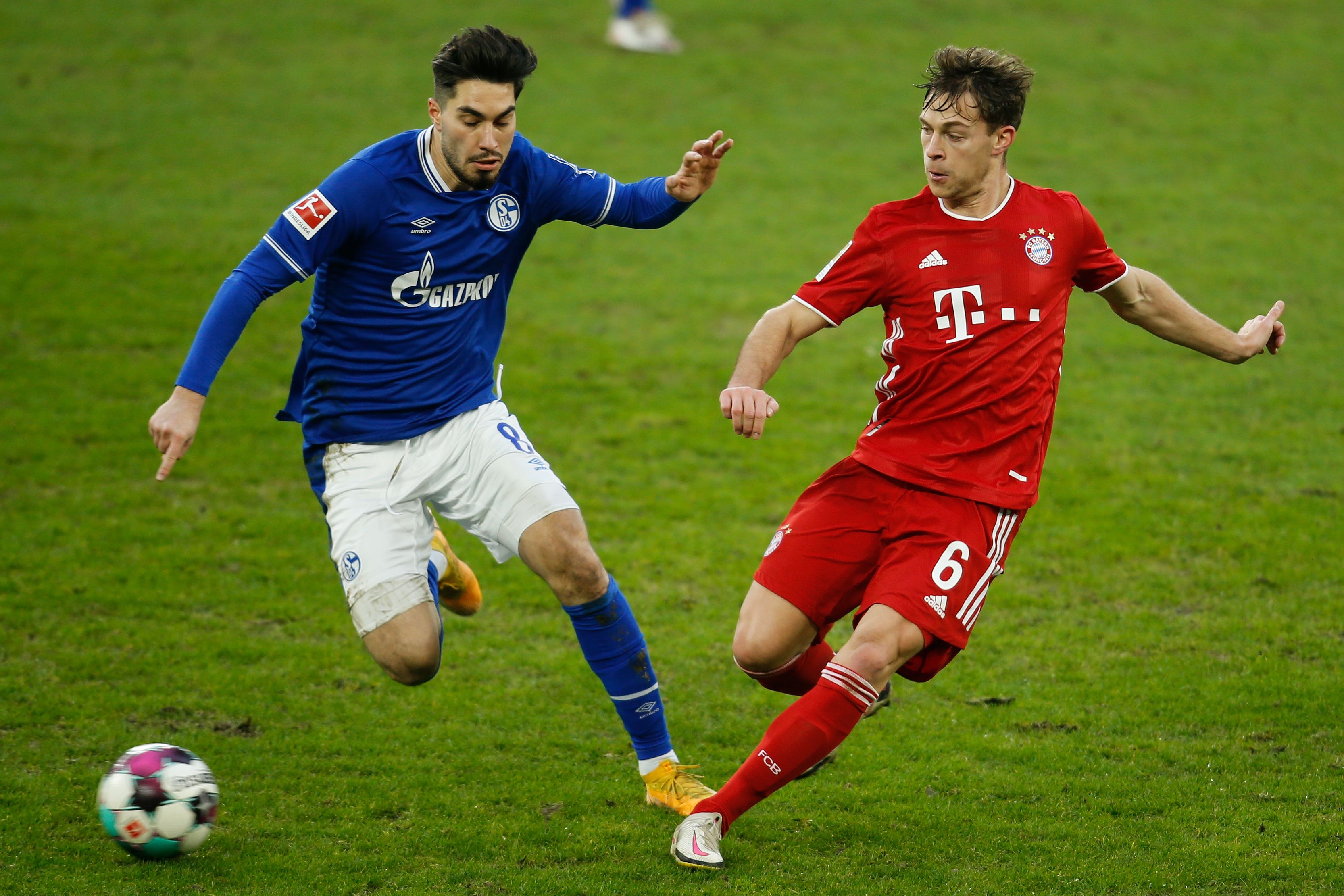 Joshua Kimmich continues to prove he is one of the best players in the worldCredit: AFP

HARDLY a wonderkid at the time of Messi’s revelation – Kimmich was already 25.

The German feels like he’s been around for a decade already and is easily one of the best players on the planet.

The versatile star can play in midfield or at right-back and has already won 50 international caps, while helping Bayern Munich to a famous Treble last season.

Kimmich was part of the Bayern team who trounced Messi’s Barcelona 8-2 in the Champions League quarter-final, even getting on the scoresheet. 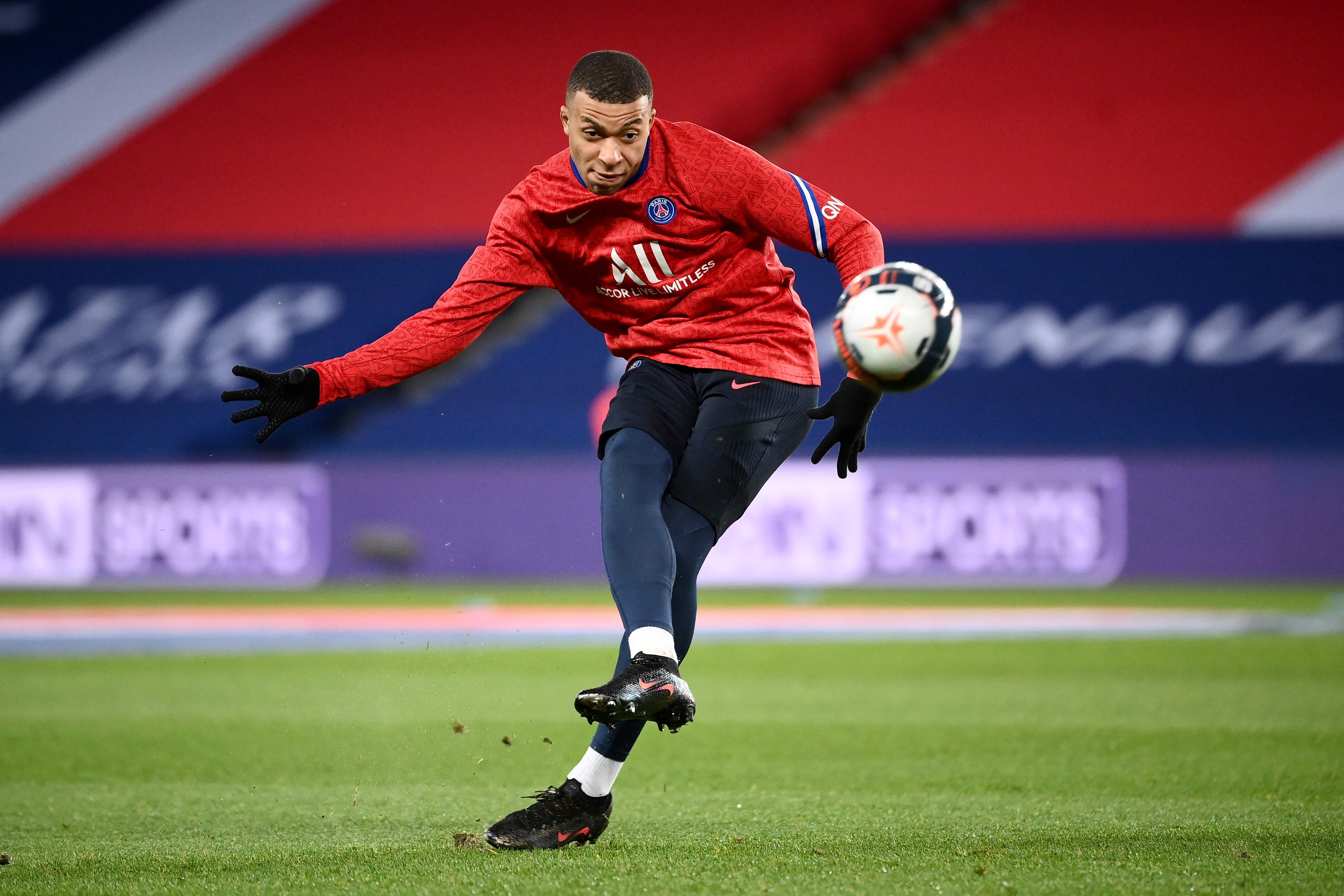 Kylian Mbappe is arguably the best striker on the planet at presentCredit: AFP or licensors

QUITE possibly the best striker on the planet right now, Mbappe has scored a sensational 66 goals in just 68 league games for Paris Saint-Germain.

It’s expected the 2018 World Cup winner, 22, will move to Real Madrid this summer in what could prove a real test for the youngster.

But Mbappe has passed every test thrown his way with flying colours – and LaLiga will likely be the latest victim of his terrifying talent. 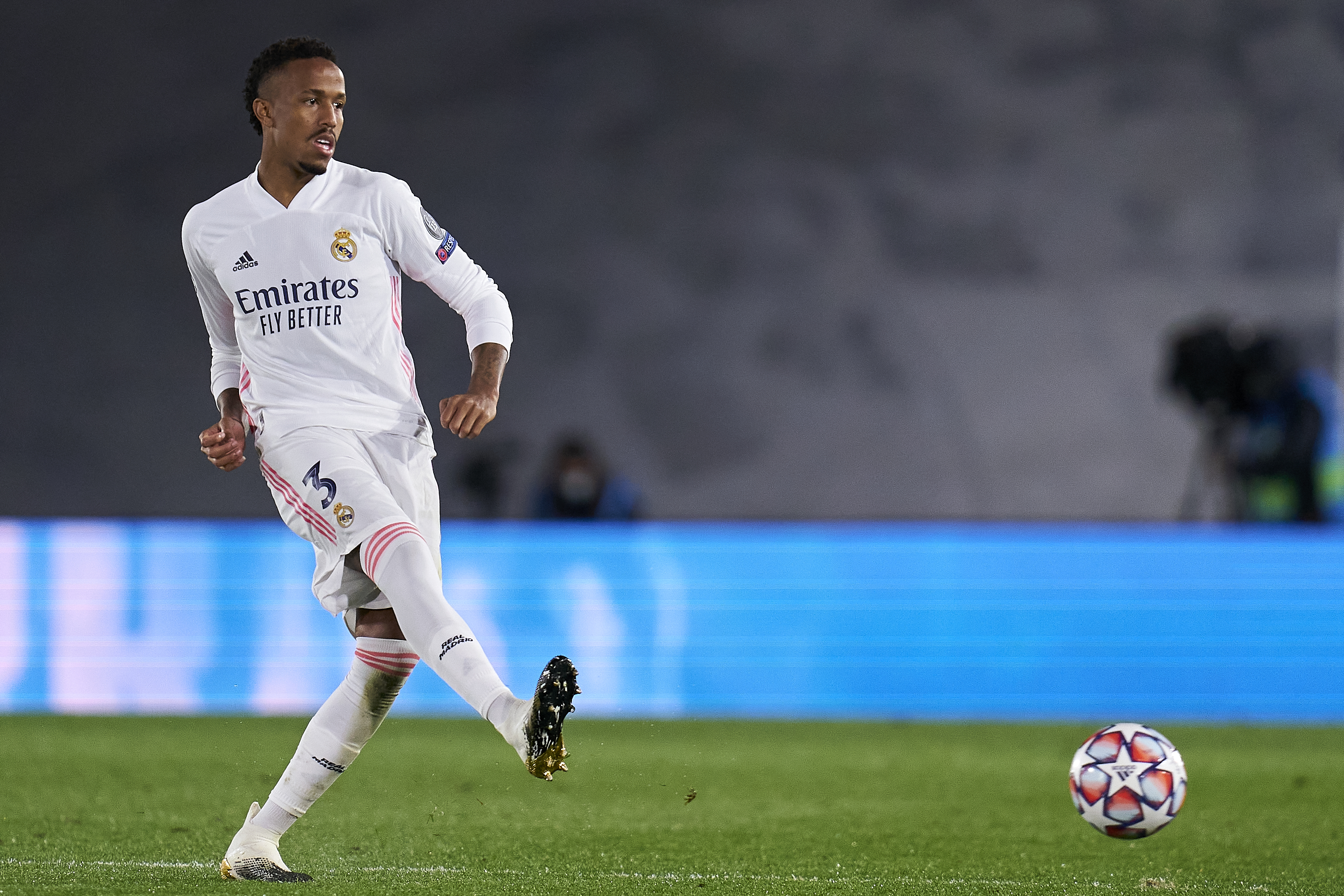 Eder Militao is yet to earn himself a regular spot in the Real Madrid XICredit: Getty Images – Getty

HAVING moved to Real Madrid from Porto in the summer of 2019, huge things were expected of the Brazilian, who was handed a SIX-YEAR contract.

Militao, 23, has shown flashes of talent but has been limited to a mere 19 LaLiga games.

Worryingly, Militao hasn’t played for Brazil since 2019 – the same year he moved to Madrid. 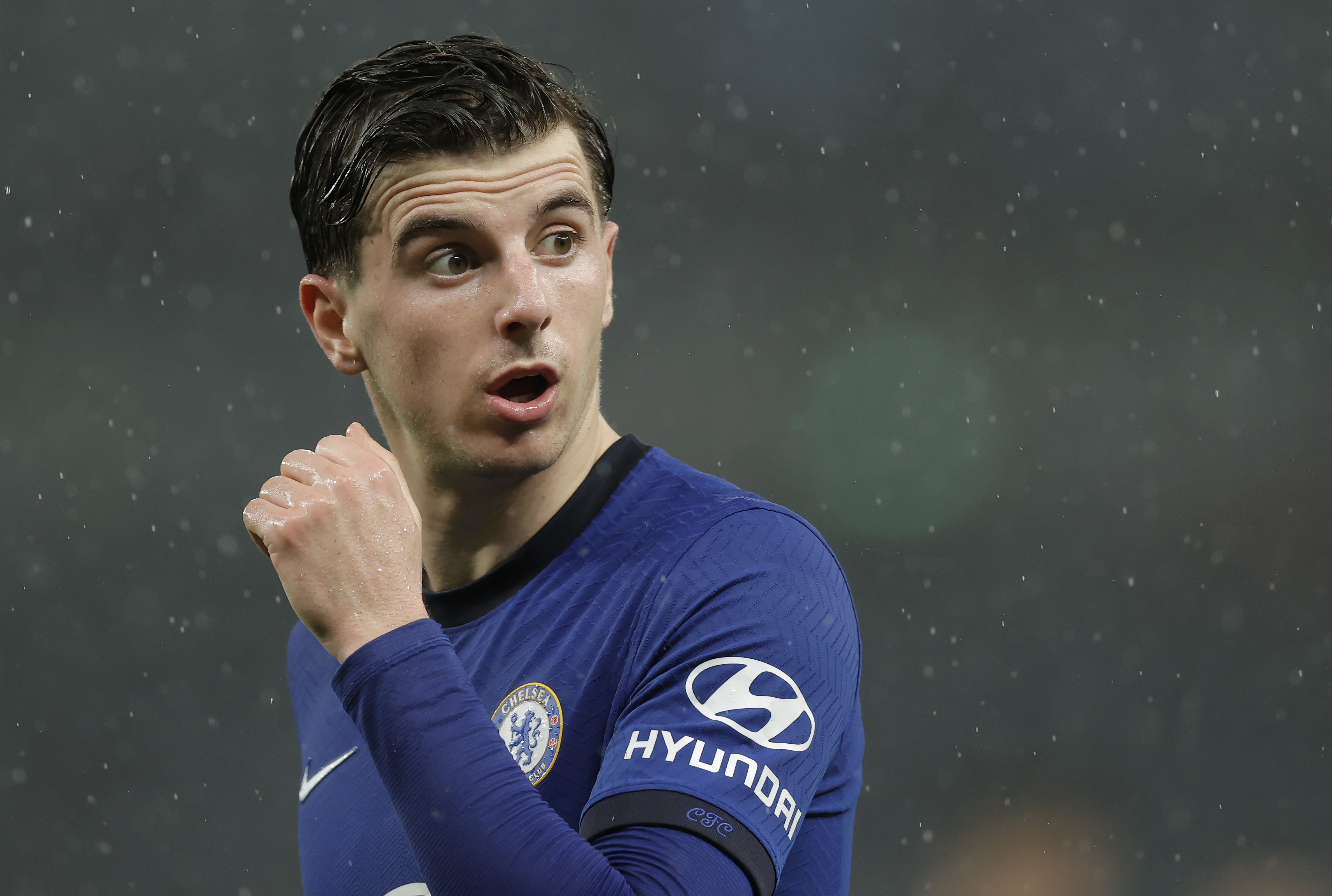 Mason Mount has been in superb form for a struggling Chelsea this seasonCredit: Tom Jenkins/ The Guardian

A FUTURE Chelsea – and possibly even England – captain, Mount has been superb for the Blues.

Mount, 22, bizarrely seems to split fans – but has shown grit, determination and extraordinary talent in a struggling Chelsea team this season.

The midfielder has gone from strength-to-strength since Messi comments.

It’s expected Mount will go on to forge an incredible partnership with the likes of Declan Rice, Jack Grealish, James Maddison and Phil Foden for England in what’s increasingly looking like another ‘Golden Generation’. 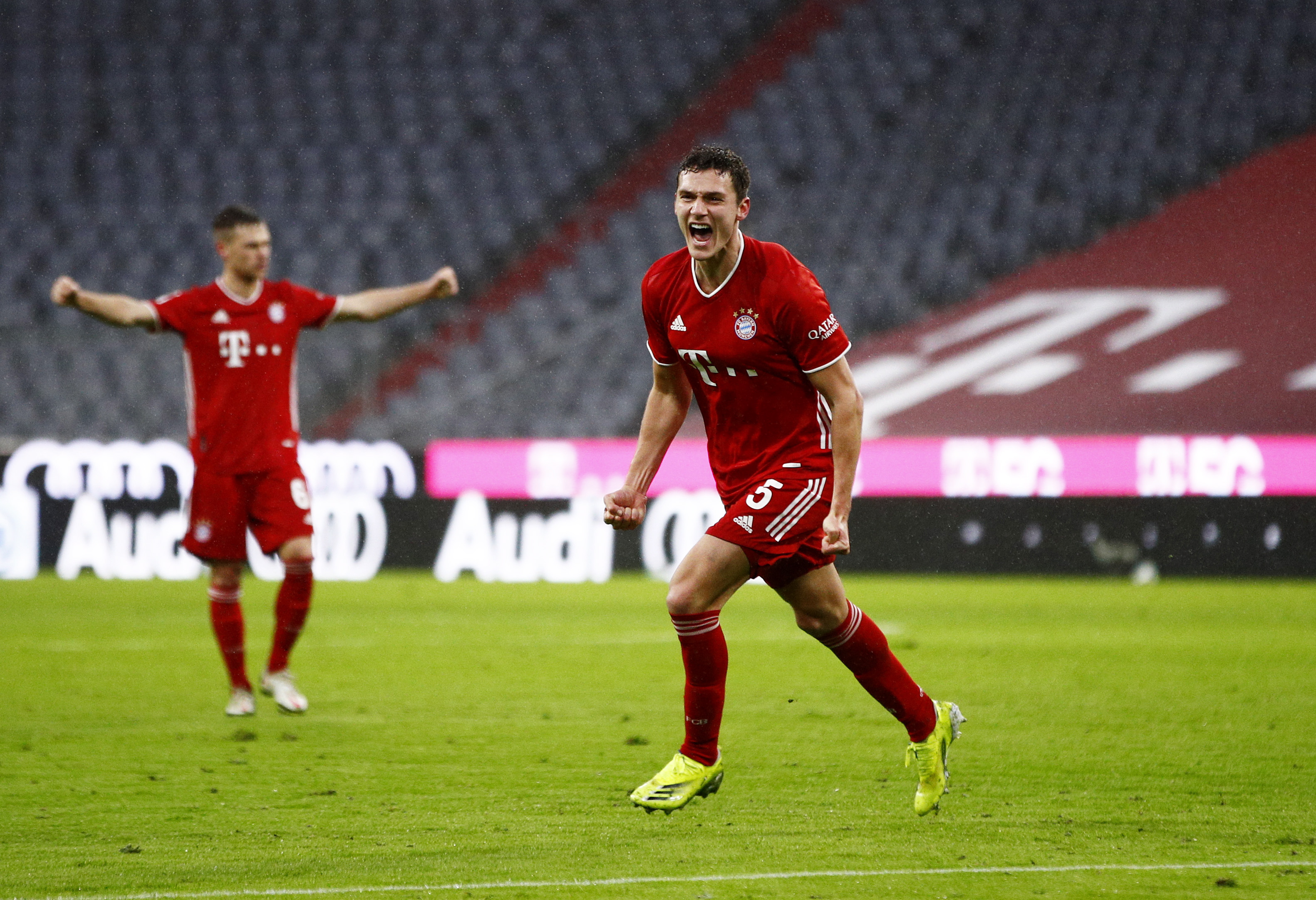 MESSI was never going to leave the Bayern Munich man out of his list.

After all, Pavard, 24, scored the goal of the tournament as France knocked Argentina out of the 2018 World Cup at the last-16 stage with a sensational strike in a 4-3 win.

The versatile defender is now a regular in the Bayern XI, playing 46 Bundesliga games since joining from Stuttgart in 2019. 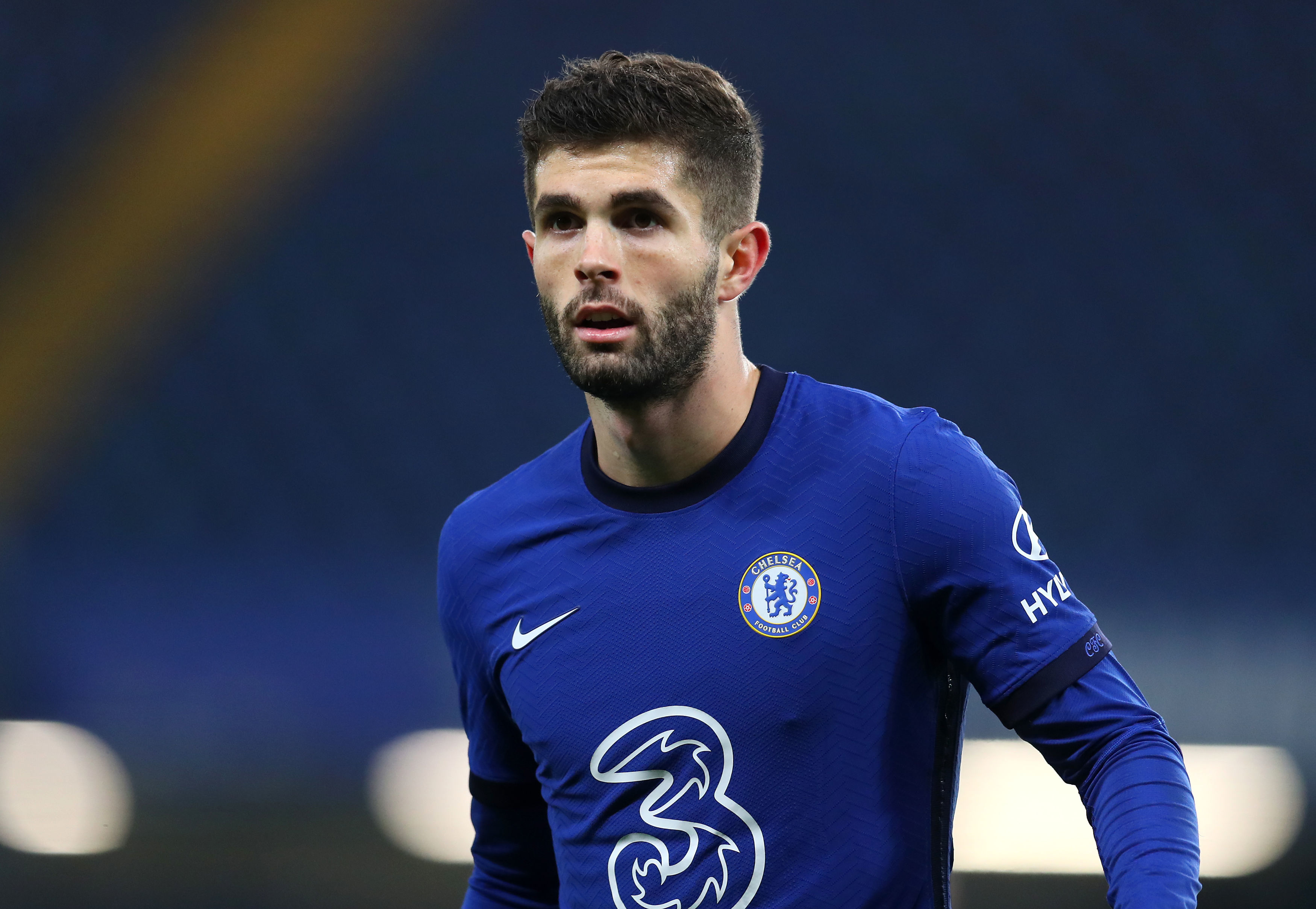 Christian Pulisic needs to fully recover from his injuries to show his true talentCredit: PA

DESPITE struggling with injuries, Pulisic has shown fans – and Messi – just what he can do.

Chelsea always seem to look more dangerous with the American, 22, in the team.

Pulisic scored nine times in just 25 Premier League games in his debut season, but has managed just one goal in 14 games this season. 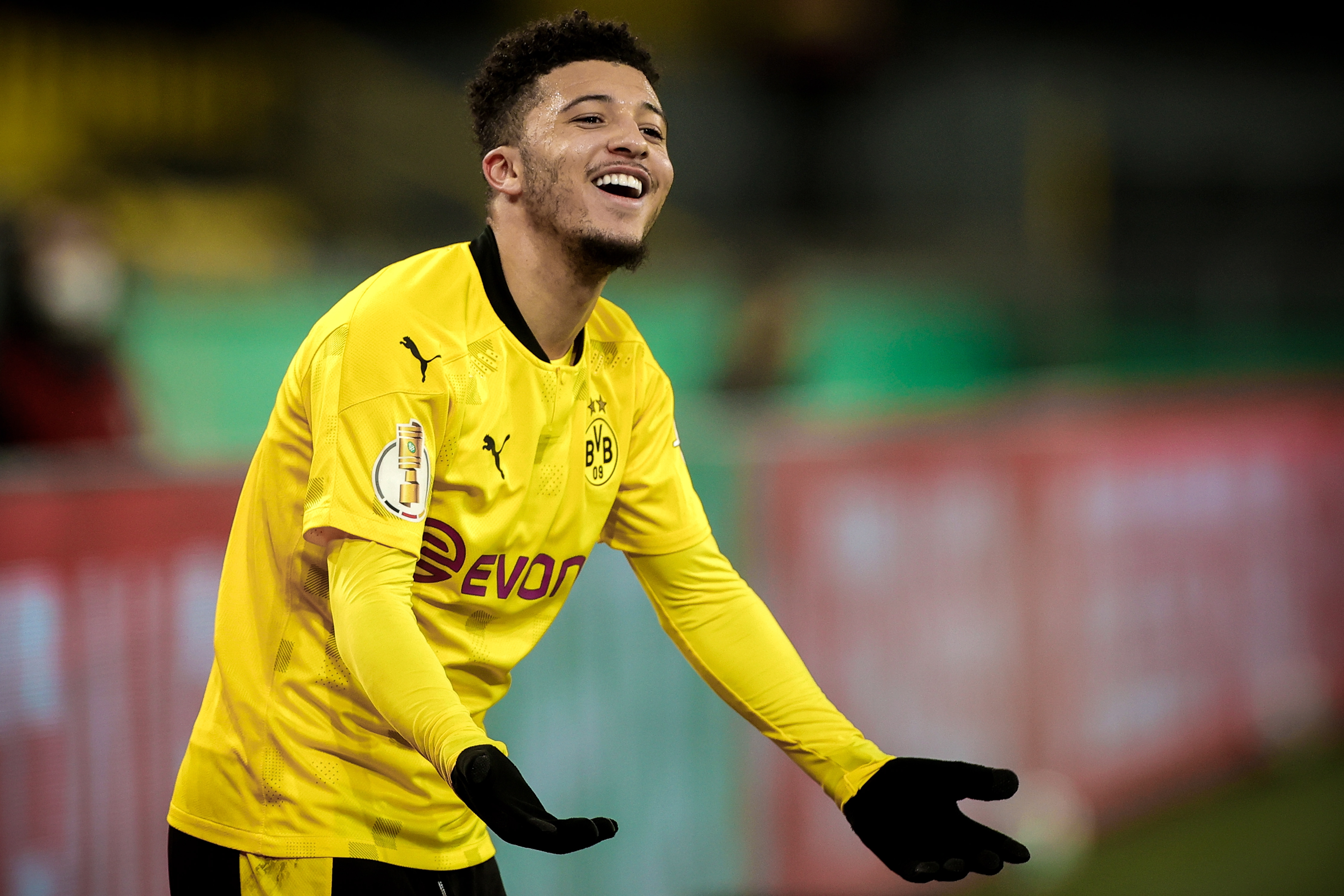 Sancho is hoping to bounce back from a tricky start to the 2020-21 seasonCredit: EPA

OF all the players on Messi list, Sancho has arguably had the most frantic year.

The Borussia Dortmund star, 20, was the subject of the longest-running transfer saga ever, seemingly in the summer.

Sancho was expected to head to Manchester United – and even wanted a move back to England.

And Sancho has struggled mightily for form ever since.

Last weekend, Sancho ‘accidentally’ took the captain’s armband after Marco Reus was subbed off and exploded into kind of player we all know he can be.

Sancho, Dortmund and England will all hope it’s a turning point.

Cristiano Ronaldo’s dad predicted he would be best in world before he died, reveals star’s sister in heartbreaking post