GRAND NATIONAL winning trainer Gordon Elliott has been barred from racing in Britainfor six months after posing on a dead horse.

Elliot – who has apologised – said the shocking photo had been taken some time ago after the horse died of an apparent heart attack on the gallops. 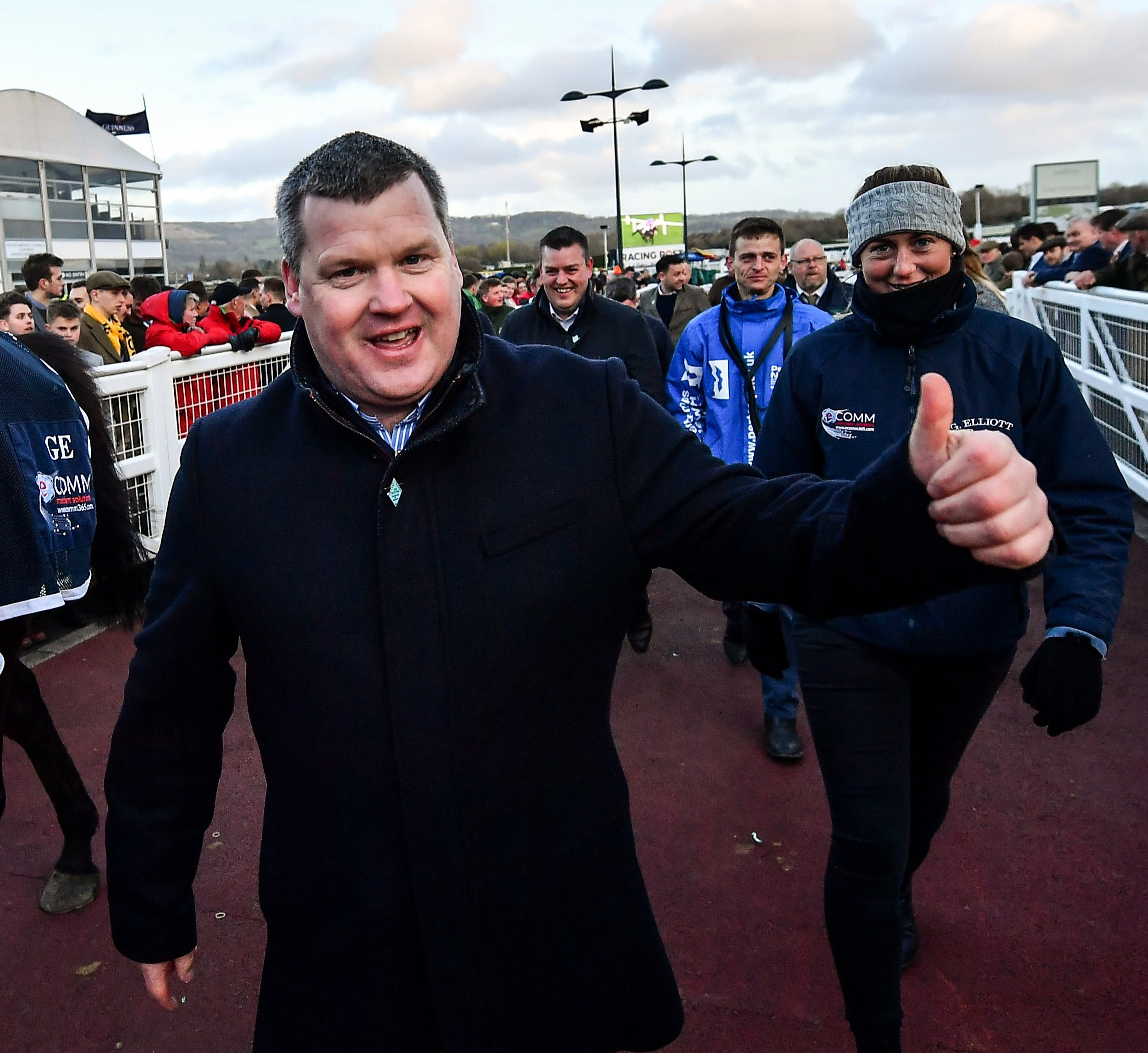 Who is Gordon Elliott?

He then trained Michael O’Leary-owned Tiger Roll to become the first back-to-back winner of horse racing’s most gruelling jumps race in 2018 and 2019 since Red Rum in the 1970s.

But Elliott, who hails from County Meath, did not come from a racing family like many leading trainers.

He began his racing career as a teenager working for Tony Martin -regarded as one of the shrewdest trainers in Ireland – at weekends and during school holidays. 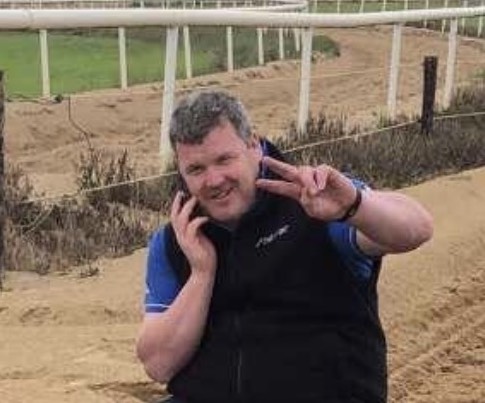 Going on to become a prolific rider, he also worked for Martin Pipe, who trained a record-breaking 4,182 winners, before striking out on his own.

According to Elliott’s website, he rode a total of 46 winners on the racecourse, before “hanging up his riding boots in 2005”.

He has trained 32 winners at the prestigious Cheltenham Festival, where he has been the top trainer twice.

Elliott is one of the sport’s most celebrated figures in Britain and Ireland.

What is Gordon Elliott’s net worth?

Some of his largest career earnings per race include £561,000 for the Aintree Grand National, which he has won three times including with Tiger Roll.

At home in Ireland he collected €270,000 for the Irish Grand National with General Principle. 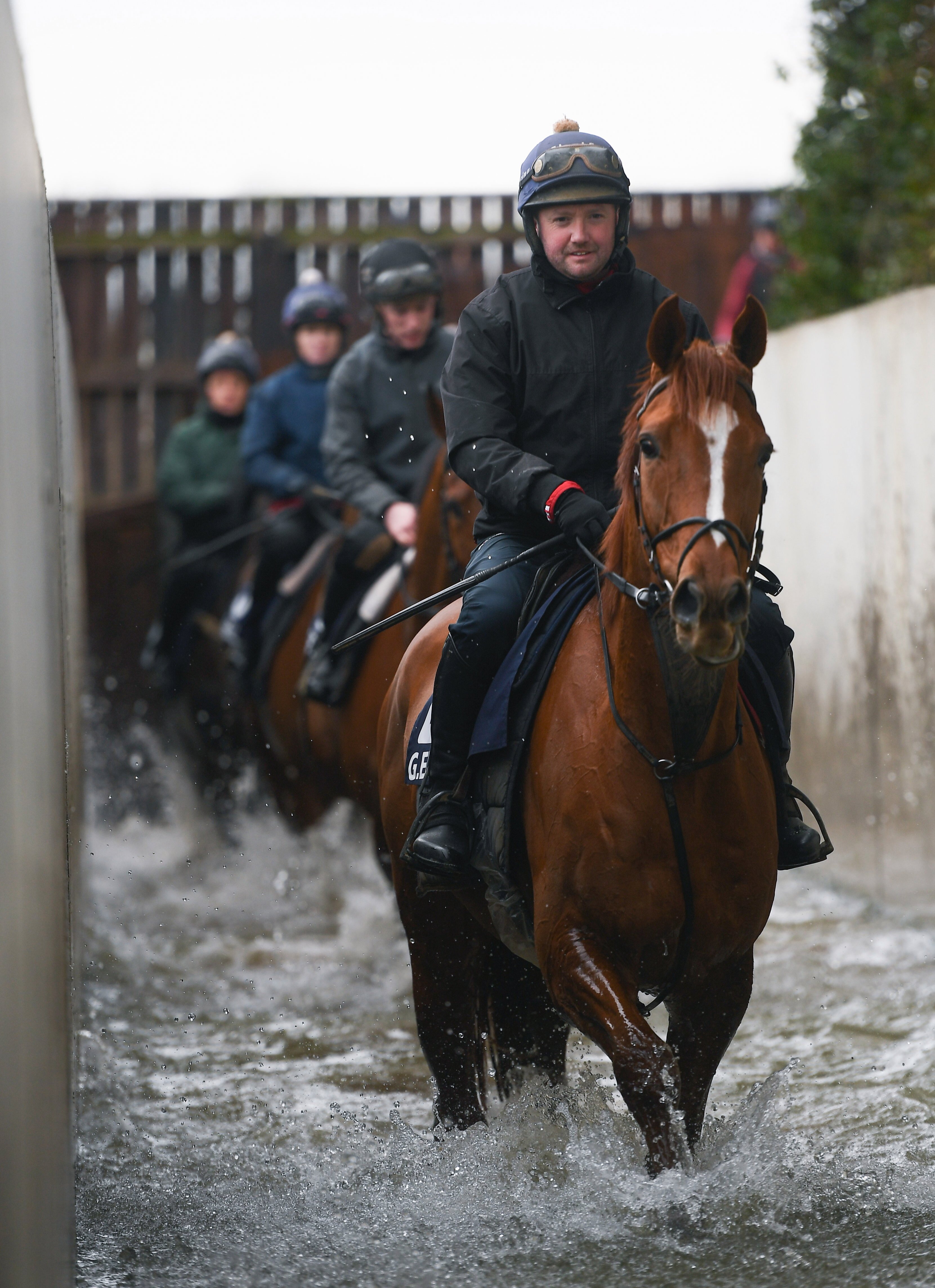 An undated photo shared across Twitter in February 2021 shows Gordon Elliott sitting on a horse that had just died of a heart attack after a training run.

The image shows him in a pose, holding two fingers out while sitting astride the horse’s body.

Mark Ellis tweeted: “Unbelievable and awful image. Can’t imagine any trainer doing this to animals they care for and work with?

“Sport’s reputation in tatters two weeks before the biggest week of the year [Cheltenham Festival, March 16-19].

“Michael O’Leary always comes across as someone who loves his horses so this can’t end well.”

After a furore and huge public backlash, Elliot confirmed the image circulating on social media was genuine. 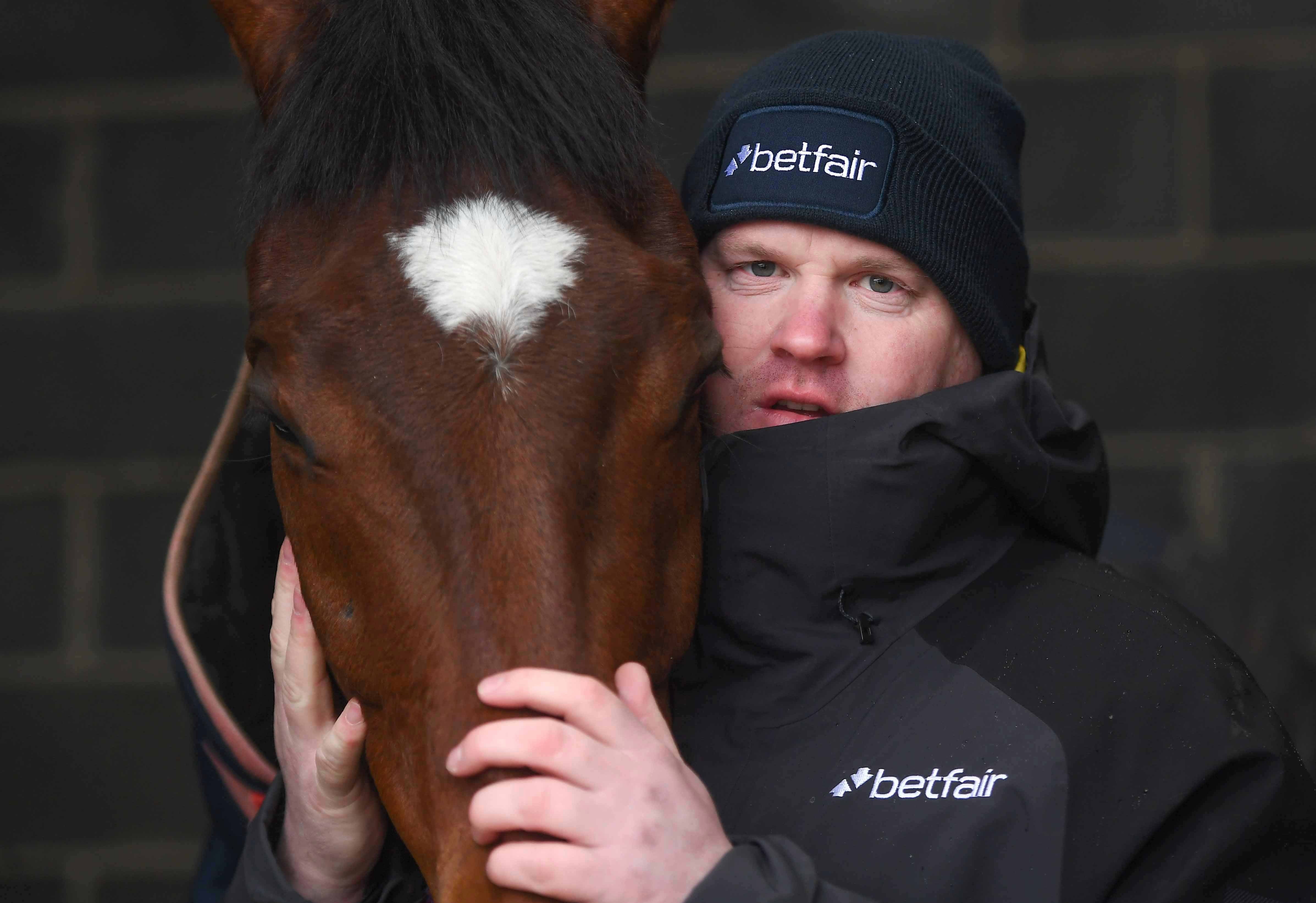 Bookmaker Betfair has ended its long-running association with the County Meath-based trainerCredit: Sportsfile

The British Horseracing Authority (BHA) on Monday, March 1, 2021, temporarily barred him from racing in Britain pending an investigation in Ireland into the scandal.

The BHA said: “People who work in our industry believe their values of caring for and respecting our horses have been deeply undermined by this behaviour.”

The authority said it was “appalled by the image”.

The Jockey Club, a commercial organisation that owns many of Britain’s top racecourses including Cheltenham and Epsom, said Elliott’s actions were not reflective of the respect and care that racehorses receive from participants in our sport.

It said: “The anger and upset across racing says it all.”

What has Gordon Elliott said about the photo?

After confirming the image was genuine, Elliot apologised for “any offence caused”.

The trainer said he was “co-operating fully” with the Irish Horseracing Regulatory Board (IHRB) investigation.

In an interview with The Racing Post, Elliott accepted his actions were indefensible.

He said: “Whether alive or dead, the horse was entitled to dignity.”

Elliot described the pic as a “moment of madness that I am going to have to spend the rest of my life paying for and that my staff are suffering for”.

He added: “I will be punished, I fully understand that.

“But it absolutely breaks my heart to read and hear people say that I have no respect for my horses. That couldn’t be further from the truth.” 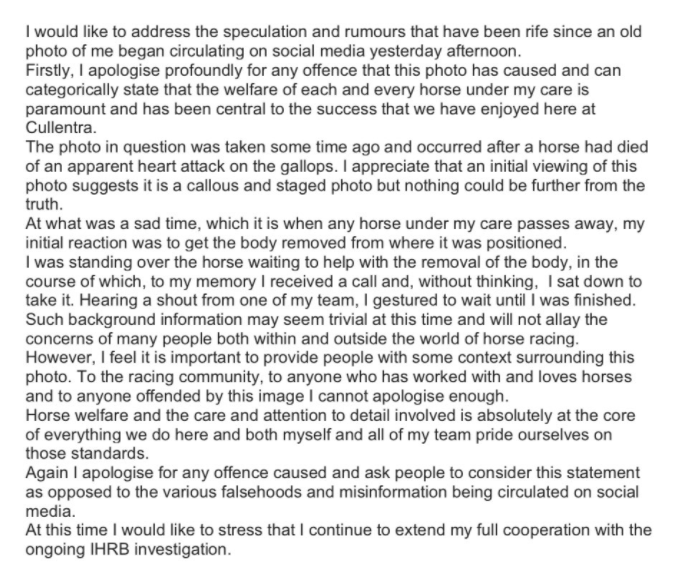 Elliott said his world was crumbling in front of him.

He added: “It’s a scary place to be. I just hope people can understand how truly sorry I am and find some way to forgive me for what I have done.”

Michael O’Leary, who runs the Gigginstown House Stud operation and is also CEO of budget airline Ryanair said: “”We accept that this photograph was a grievous but momentary lapse of judgement by Gordon.”

He added that Elliott’s action was “not in keeping with our 15-year experience of his concern for and attention to the welfare of our horses”.

O’Leary added: “We all make mistakes, and what is important is that we learn from them and ensure we do not repeat them.

“We accept Gordon’s sincere, profound and unreserved apology and we will continue to support him and his team.”

The Irish Horseracing Regulatory Board has said its investigation will be dealt with as quickly as possible.

“He appeared to have recovered from contracting Covid-19 over the festive period and a blip in the form of his runners.

“Why an old photo would be leaked now and who took it remain questions for an inquiry by the Irish Horseracing Regulatory Board along with whether he will be given the chance to send Tiger Roll out to bid for a record-equalling third National win in April.

“Racing’s rumour mill is in overdrive.

“Someone may have it in for the determined and ambitious Elliott, but he is in a plight of his own making.”

On March 2, 2021, it was revealed that Elliott’s Tiger Roll is OUT of the Grand National due to “unfair weight“.