JOE Biden will not become the 46th president of the US until he is given the oath of office.

The same oath is recited by every president during inauguration proceedings.

* Read our US Politics live blog for the latest news on Joe Biden, Donald Trump and Wednesday’s inauguration 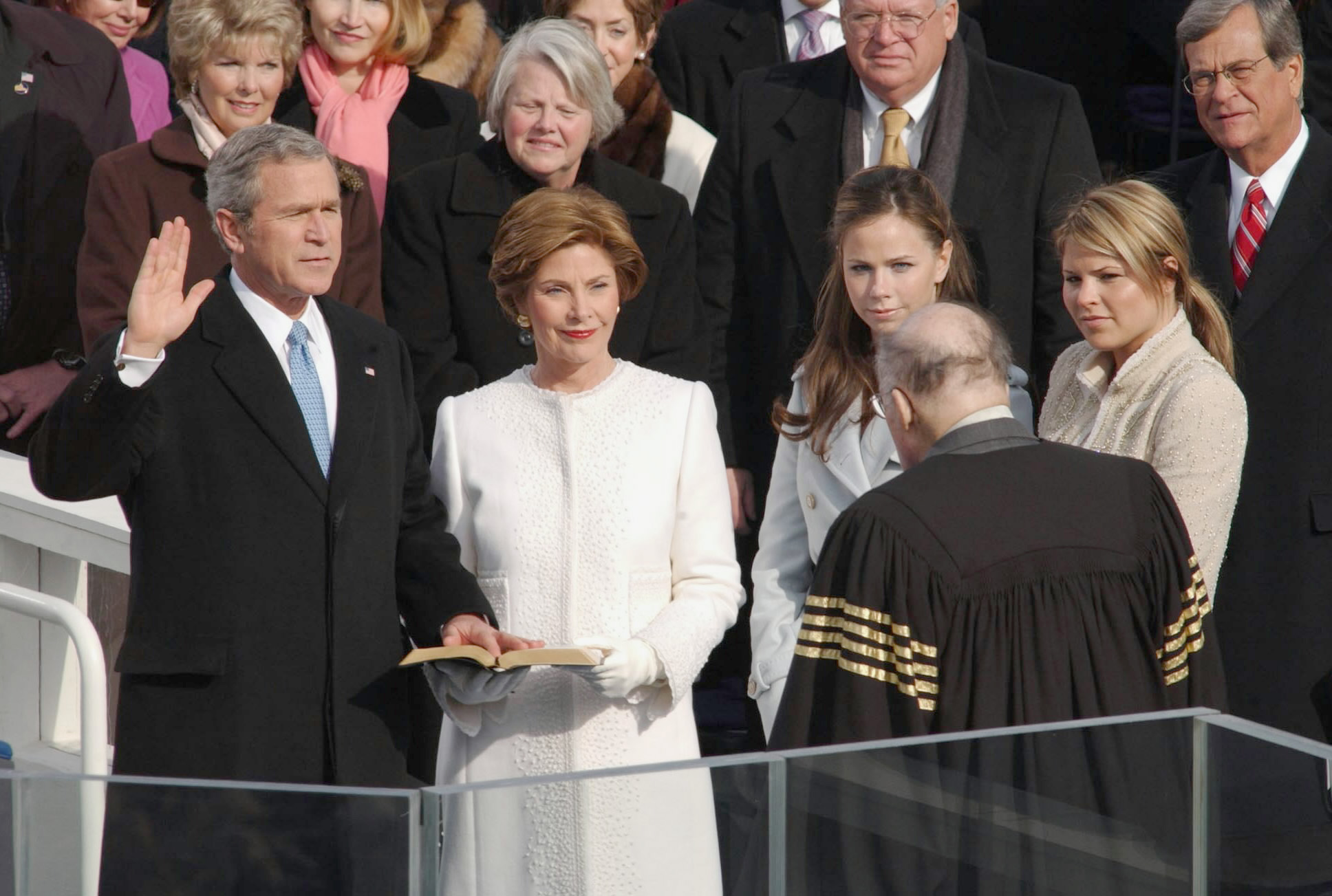 Joe Biden and Vice President-elect Kamala Harris will be both recite the same oath of office at the January 20 inauguration.

The oath reads: “I do solemnly swear (or affirm) that I will support and defend the Constitution of the United States against all enemies, foreign and domestic; that I will bear true faith and allegiance to the same; that I take this obligation freely, without any mental reservation or purpose of evasion; and that I will well and faithfully discharge the duties of the office on which I am about to enter: So help me God.” 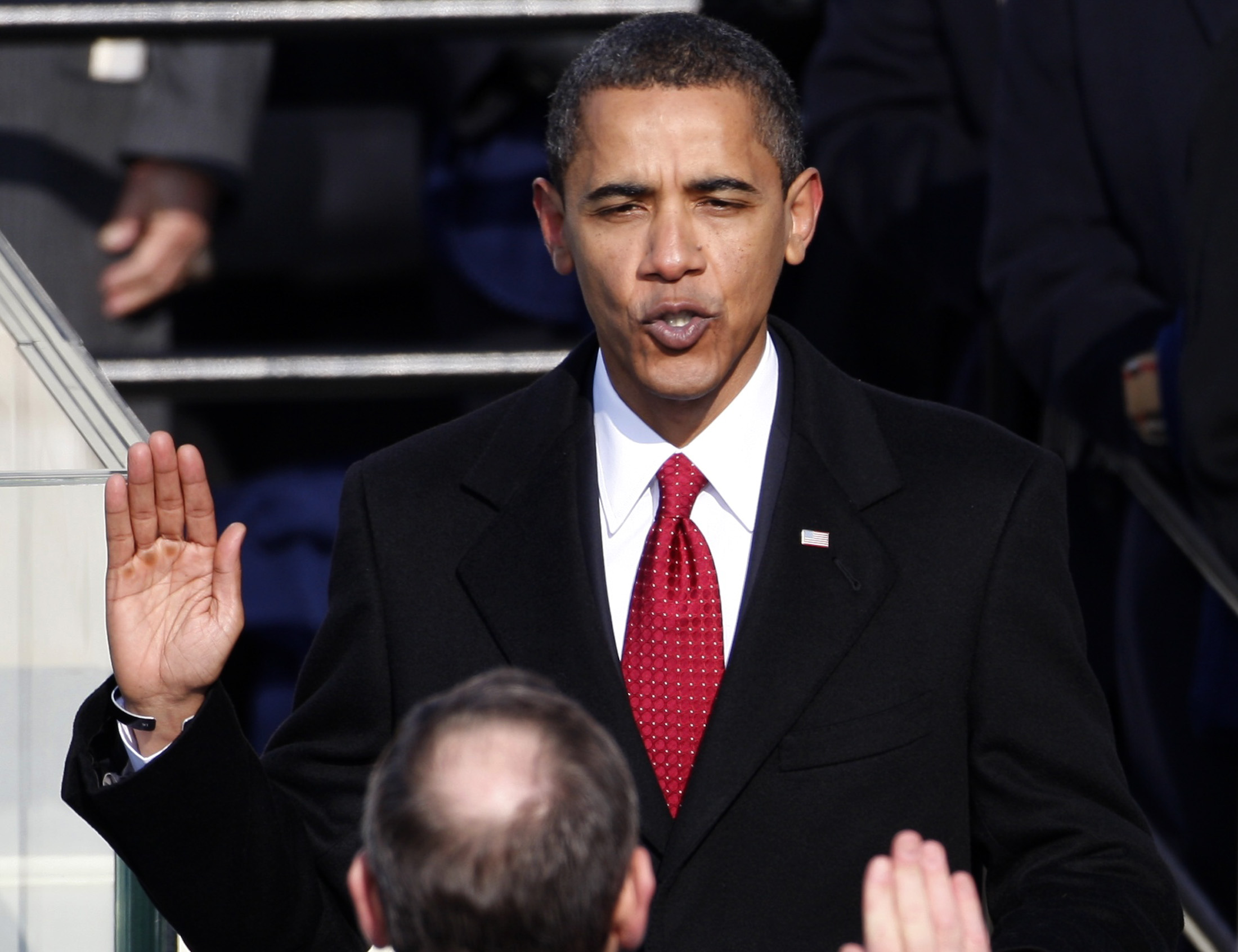 Who recites the oath with the incoming president?

The oath is administered by the Chief Justice of the US Supreme Court.

The incoming president and vice president will recite the oath of office.

Must the oath be sworn on a Bible?

The oath does not have to be sworn on a Bible.

The Constitution requires that lawmakers take an “oath or affirmation, to support this Constitution,”but makes no mention of the Bible.

Which president first took the oath of office?

George Washington was the first president to take the oath of office on April 30, 1789. 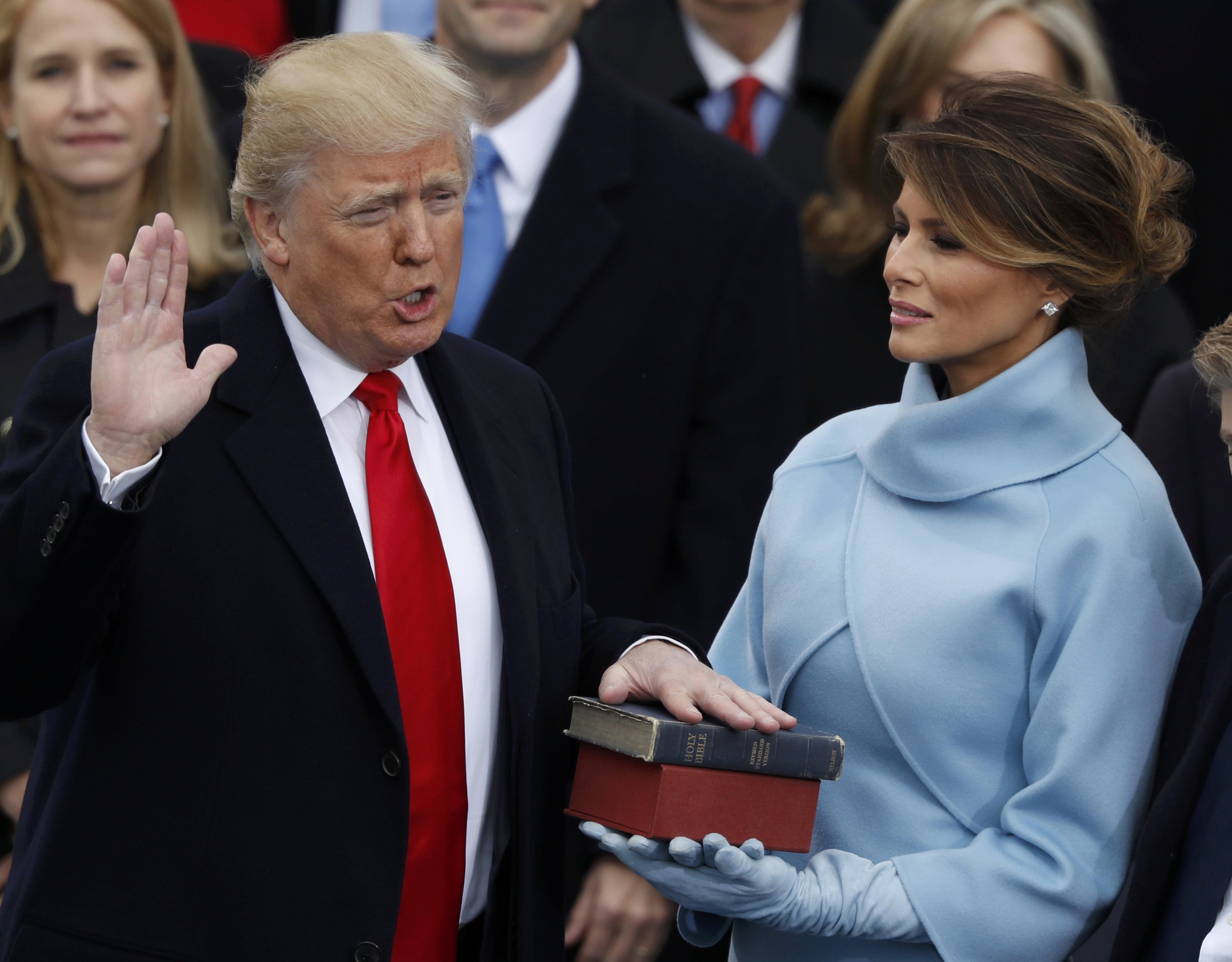 Donald Trump takes the oath of office in 2017Credit: Reuters

“The oath was administered by Robert Livingston, the Chancellor of New York, on a second floor balcony of Federal Hall, above a crowd assembled in the streets to witness this historic event,” according to the National Archives.

“President Washington and the members of Congress then retired to the Senate Chamber, where Washington delivered the first inaugural address to a joint session of Congress.

“Washington humbly noted the power of the nations’ call for him to serve as president and the shared responsibility of the president and Congress to preserve ‘the sacred fire of liberty’ and a republican form of government.”

Senator William Maclay of Pennsylvania observed that Washington trembled when he faced the assembled lawmakers.

“This great man was agitated and embarrassed more than ever he was by the levelled Cannon or pointed Musket,” Maclay said, according to the National Archives.

Washington and Congress proceeded through crowds on Broadway to St Paul’s Church, where a service was conducted.