SATURDAY August 25 an Amtrak on path in Montana was derailed.

Reports described a scene of turned over cars and wreckage left behind in the aftermath of the accident.

The Amtrak train was reportedly derailed while en route somewhere in Havre, Montana.

At this time it has been confirmed that there are injuries but the severity or number of those injured remains unclear.

What is the online reaction to the accident?

There were various social media users who took to Twitter to express that they have loved ones aboard the train. The users expressed their concern and worry and are trying desperately to get more information on what is happening at the scene of the accident.

One Twitter user stated, “I know my friend and so many other family members of people on the train are desperate for info about the status of the passengers and what happens to everyone. We’re working to get info. Anyone on this #Amtrak train, let us know what you’re seeing! 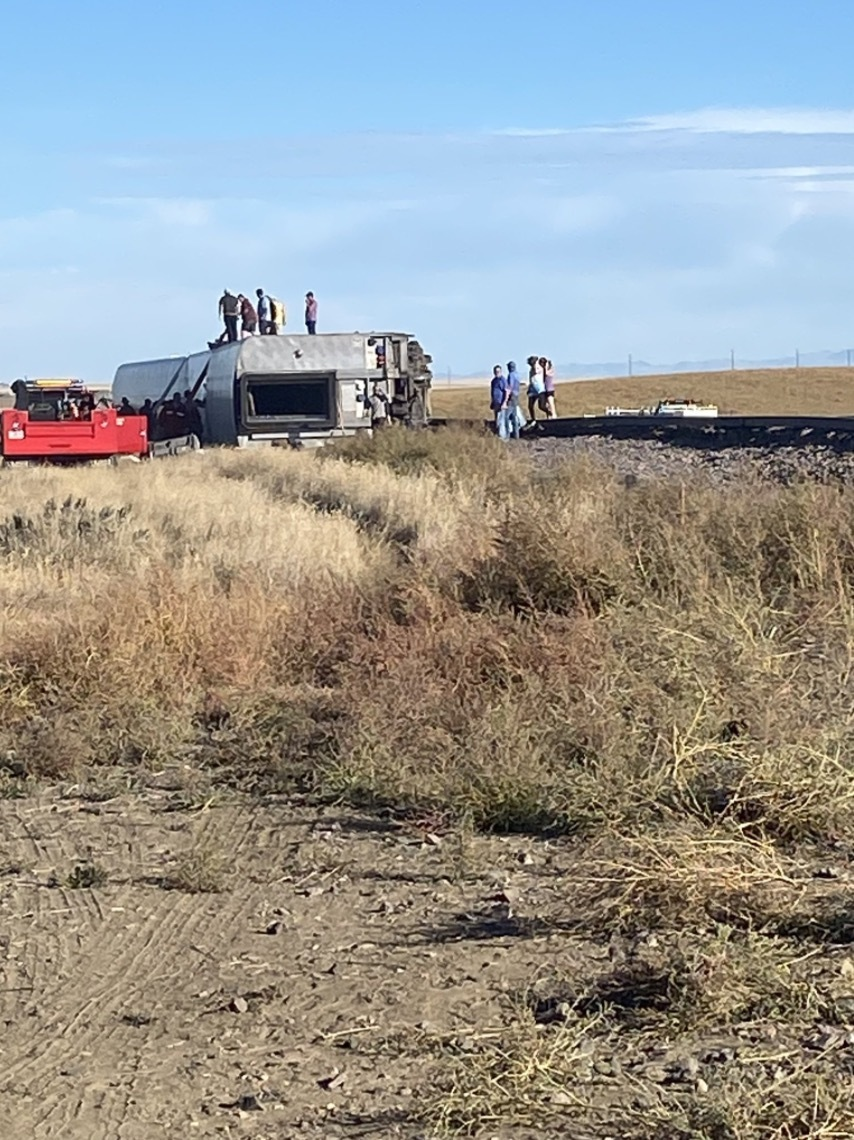 People standing aboard the topped vehicle trying to assess the situation. Photo taken by @jacob_cordeiro who was reportedly on the derailed train.

What have locals reported?

While at this time Amtrak has yet to report on the situation, it seems that local news outlets have begun covering the story.

KRTV and KXLH’s Ryan Dennis revealed that the derailment occurred in a remote location.

He stated that the closest big city to the derailment is Great Falls which is 2 hours away from the scene of the accident.

In a tweet following his statement, Dennis stated that passengers on the derailed train were being bussed to the Senior Center and High School in Chester, Montanna.

Dennis also re-posted a tweet reporting that there may still be multiple people trapped under the train.

Khloe Kardashian poses with daughter True, 3, and Kim’s child Chicago in new photos after star is labeled ‘too C-list’