VICE’S new series Dark Side of the Ring has taken the wrestling world by storm.

The series explores the darkest stories from the golden age of professional wrestling and tries to find “the truth at the intersection of fantasy and reality.”

WWE Hall of Famer Ric Flair came under fire after the latest episode of Dark Side of the Ring aired on VICECredit: Getty

The latest episode of Dark Side of the Ring told the story of WWE’s infamous “Plane Ride from Hell” that took place on May 5, 2002.

The episode included a story on how WWE Hall of Famer Ric Flair allegedly exposed himself to a flight attendant.

Flair was sued in 2004 by two flight attendants, Taralyn Cappellano and Heidi Doyle.

Doyle appeared on Dark Side of the Ring and talked about Flair’s behavior.

During the episode, Tommy Dreamer defended Flair and appeared to make light of the incident.

“He could move his hips, twirl it, and so his well-endowed penis spins around like a helicopter,” Dreamer said.

“So, hey, he’s the Nature Boy for a reason. He’s got a hammer on him. Ric Flair’s not going to try to impose by force any sexual stuff onto anybody.

“He’s just flaunting, styling and profiling, doing the Ric Flair stuff where everybody’s going to laugh about it. But obviously, someone took offense to it.”

Doyle noted that her husband urged her to take the payout because he didn’t want the story to be made public.

Doyle suggested money can silence victims, to which Dreamer responded: “If that’s how she felt, maybe she should have not taken a payout and went to the fullest extend of the law to then truly put this heinous person in jail. My opinion.”

Dreamer continued: “I feel this is trying to portray someone as a sexual predator, and it’s not. It’s a joke; it’s a gag, and today, 1,000 percent inappropriate.

“I’ve hung out with Ric Flair. I’ve never seen him try to force his will against anybody.”

WWE Hall of Famer Rob Van Dam, who was also featured in the episode, corroborated Doyle’s story, saying: “I remember him crowding her and trying to make her touch him and stuff.”.

Doyle maintained that Flair was in the wrong, adding: “I don’t feel that his intent was to rape me but what he did was wrong.

“It was wrong, and he goes to sleep that night and thinks he made it back from his wrestling trip in Europe, and maybe he has a headache because he had too many cocktails on the airplane. And yet, that night, I didn’t go to sleep.”

The two-time WWE Hall of Famer has not responded to the allegations brought forth by Doyle.

Flair did not immediately respond to a request for comment from The Sun. 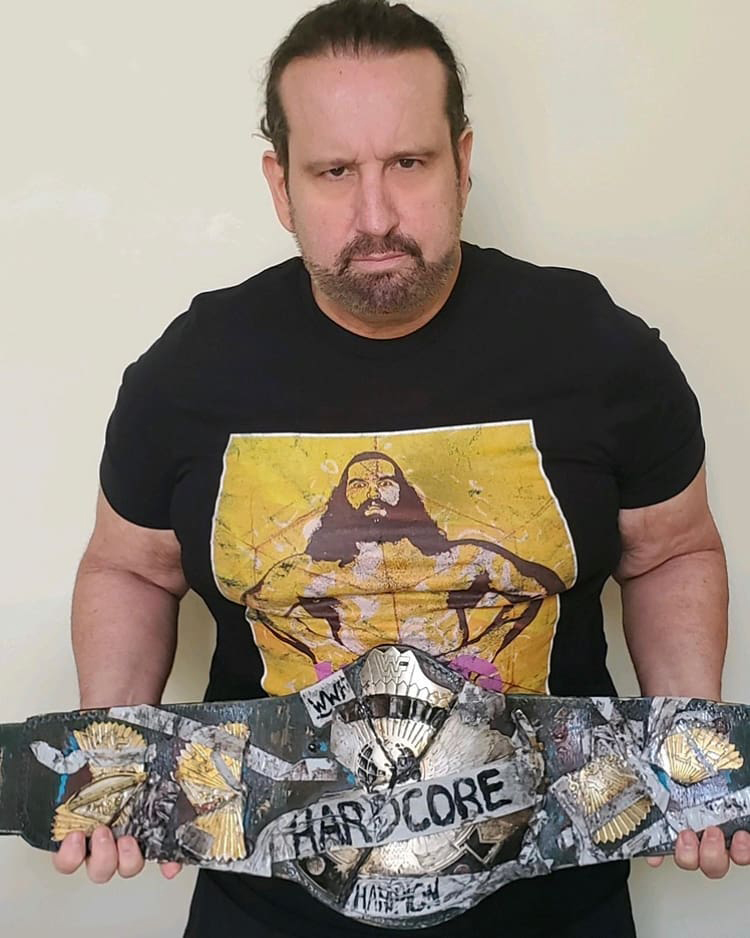 Was Tommy Dreamer suspended because of his comments?

After the Dark Side of the Ring episode aired, Dreamer was reportedly suspended indefinitely by Impact Wrestling following his comments.

Pro Wrestling Insider reported that Dreamer was “asked to leave effective immediately” from this week’s taping in Tennessee after making statements that were “out of line” with the company’s core values.

“We are aware of Mr. Laughlin’s (Tommy Dreamer) comments on ‘Dark Side of the Ring’. The views expressed by him in the interview are completely unacceptable.

“We can confirm Mr. Laughlin was suspended this morning with immediate effect, pending further action,” Impact Wrestling said in a statement to Pro Wrestling Insider.