THOMAS Edison acquired a whopping 1,093 US patents, as well as around 1,200 in other countries.

He possessed a particular gift for knowing how to make inventions practically useful, and sometimes commercially successful, and he left a massive footprint on the world.

What did Thomas Edison invent?

Thomas Edison’s inventions cover a huge range of products, from children’s toys to electrical power systems, and from storing fruit to recording and playing back sound.

He applied for his first patent when he was 21 and the last one was achieved some 63 years later – two years after he died.

He even earned the nickname The Wizard of Menlo Park – the area of New Jersey, US, where he built his laboratories – because of all his inventions, which included… 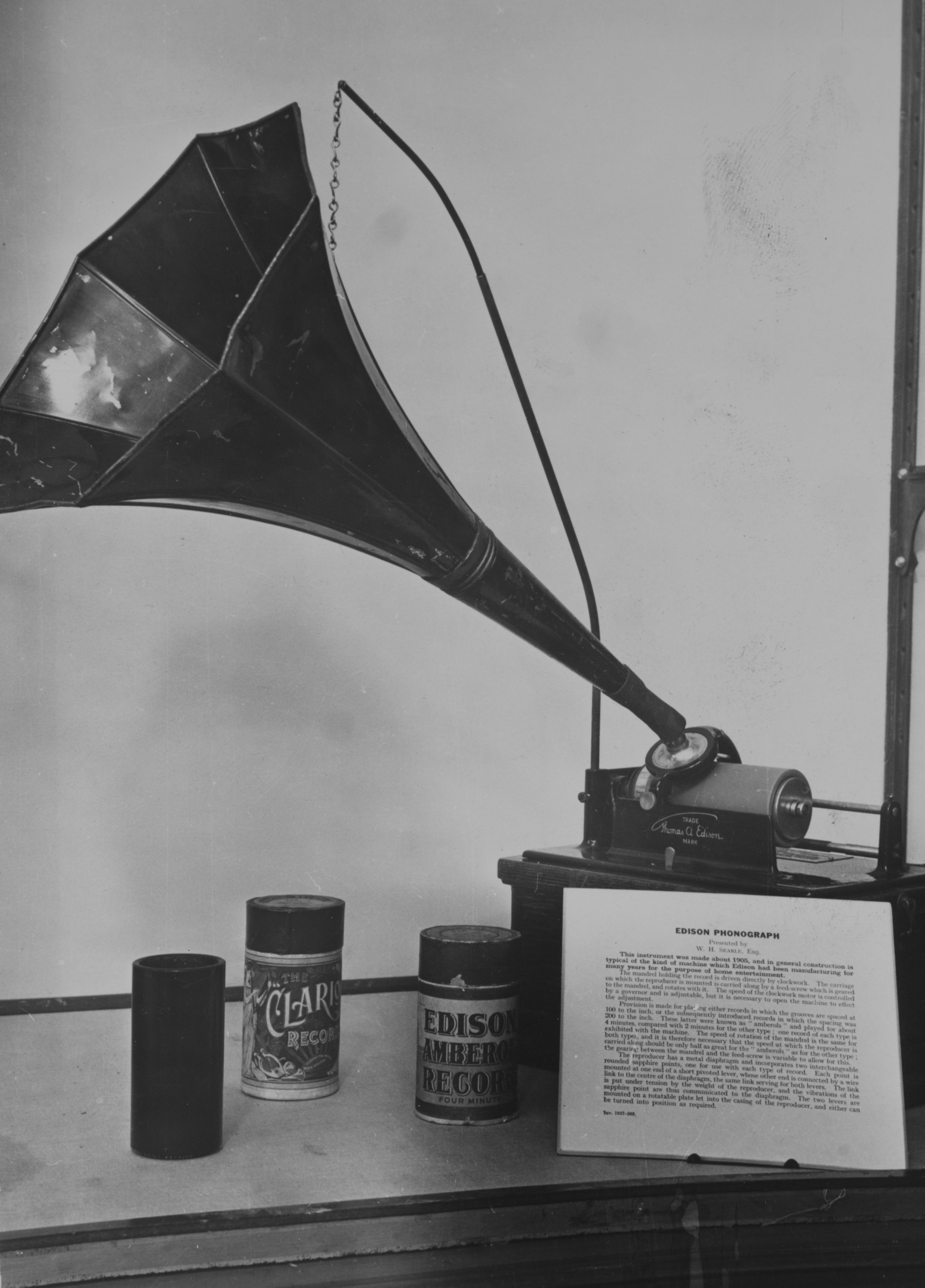 Edison’s recording device used a stylus to mark grooves on a cylinder wrapped in wax paper, and then transmitted the sounds to a vibrating diaphragm.

The sound quality of the cylinders was better than that of early discs – but discs could store four minutes of sound, compared to two minutes on Edison’s cylinders.

This invention was combined with Alexander Graham Bell’s then newly-invented telephone, to create a truly indispensable gadget.

Edison’s invention used a button of carbon that would change resistance depending on the pressure of sound waves.

This allowed voice signals to be converted into higher voltages, which in turn allowed the signal to be sent over a longer distance.

Edison’s carbon microphone was quickly adopted by Bell to improve his telephone system.

Edison invented a system which raised telegraph output from 120 to 1,000 words per minute.

He created a machine which automatically printed telegraph messages from marks made with a metal stylus on chemically treated paper or cardboard.

These messages could then be transmitted to several stations without needing an operator – thereby saving labour. 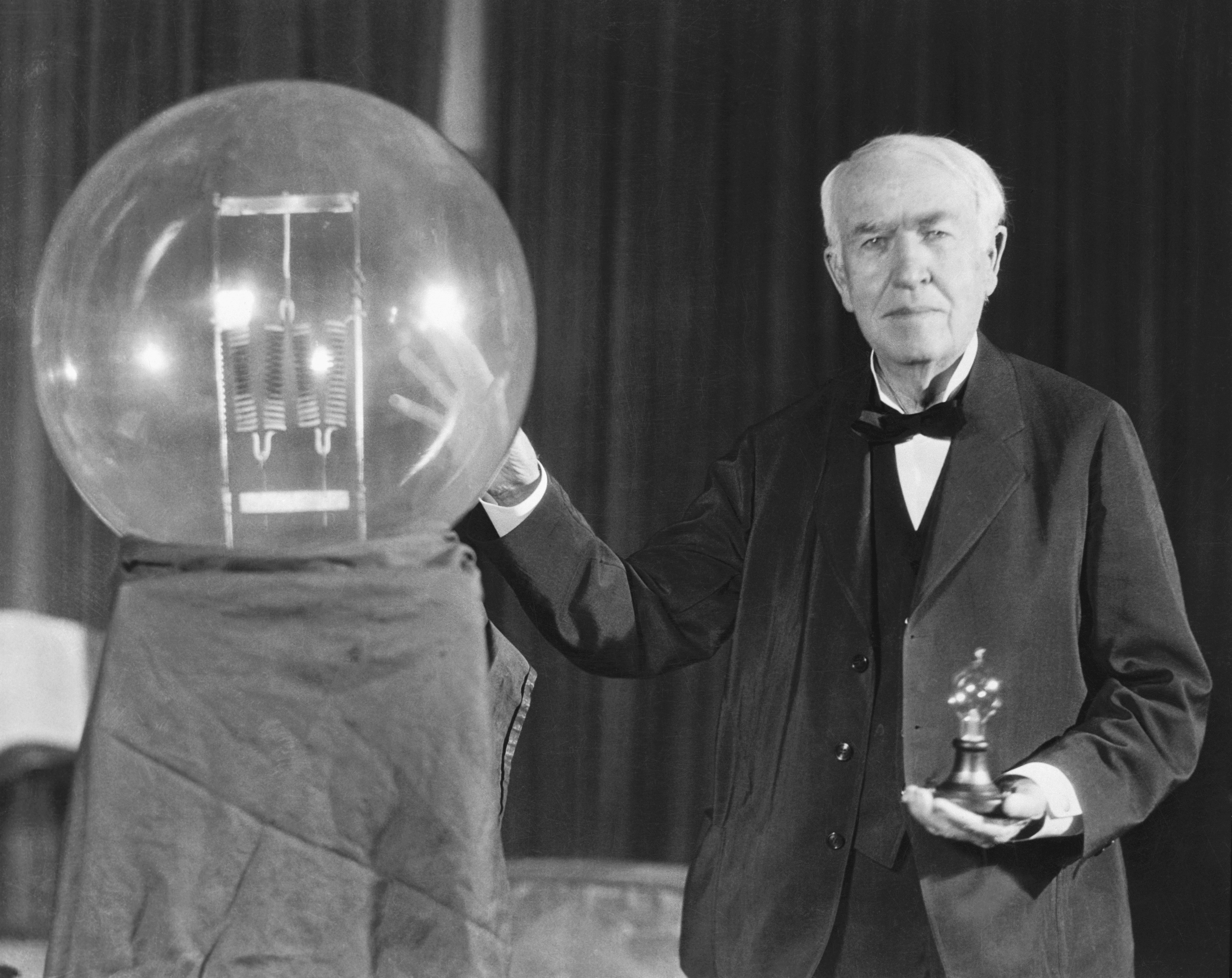 Edison and British inventor Joseph Swan famously fought for the patent of the first commercially successful light bulb in 1879.

Edison was granted the patent, and his work did extend the lifespan of early light bulbs, but Swan and other inventors have been recognised since.

Edison’s work on the glass vacuum tube used for the light bulb gave him the idea for a separate invention of a method to preserve fruit and vegetables in a vacuum jar.

Direct current (DC) is an electrical current which flows consistently in one direction – like in a battery.

He advocated for this system to be the main source of electricity – but lost out to rival Nikola Tesla‘s alternating current system, patented in 1891, which is used in mains electricity today.

6. The kinetograph, kinetoscope, and kinetophone

These were Edison’s contribution to early moving pictures, and much of the work was done by his assistant William Dickson from 1888 and through the 1890s.

First, the kinetoscope made it possible for one viewer to watch a motion picture.

Next, the kinetophone was an attempt to add sound. And finally, the kinetograph was an early motion picture camera.

These batteries were one of Edison’s most profitable inventions, as they were more efficient, and less leaky and damaging, than the lead-acid batteries being invented at the time.

Edison’s batteries were invented in 1901, and were used to power some of the first electric vehicles, which were very popular.

In 1899, Edison set up his own cement company in New Jersey – which went on to supply the cement that built the original Yankee Stadium in 1922.

The work was completed in just over nine months, using 45,000 barrels of cement from Edison’s company – and the stadium housed the New York Yankees baseball team for 85 years, until 2008.

Edison also had a rather maverick and socially advancing idea to build cheap, warm and durable homes out of concrete to house everyone in slum dwellings.

He invented furniture for these houses made from foam-impregnated concrete which could be stained to look like wood.

But these homes were not one of Edison’s successes.

Among Edison’s earlier inventions was a pneumatic stencil pen, the first electric-motor-driven office appliance produced in the United States.

This is now considered a forerunner to the modern tattoo gun.

Edison’s first ever patent, granted on June 1, 1869, was for an electric voting system, which was rejected by Congress.

Edison fought many legal battles in his lifetime over patents, because he often borrowed ideas and altered them, before his death on October 18 1931, aged 84. 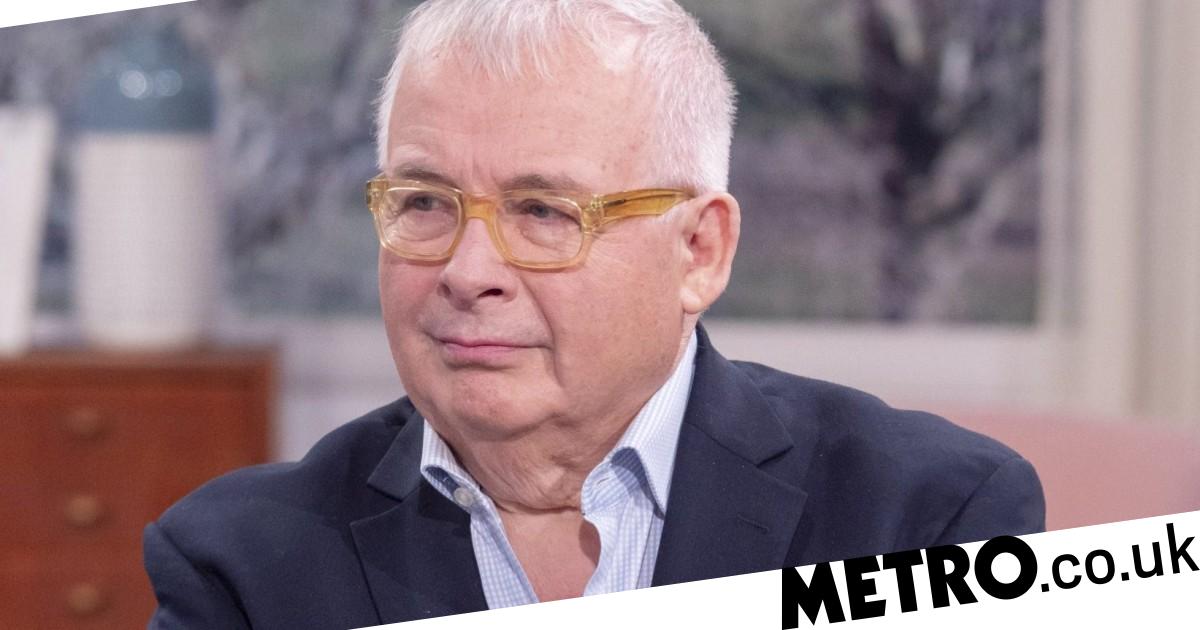