WHILE most of us have a few clocks to change when we move into British Summer Time, spare a thought for Westminster’s clockmaker – who has 2,000 to wind on.

It takes Parliament’s very own father time Ian Westworth and his team 24 hours to add an extra hour to timepieces across the estate, including Britain’s most famous clock, Big Ben. 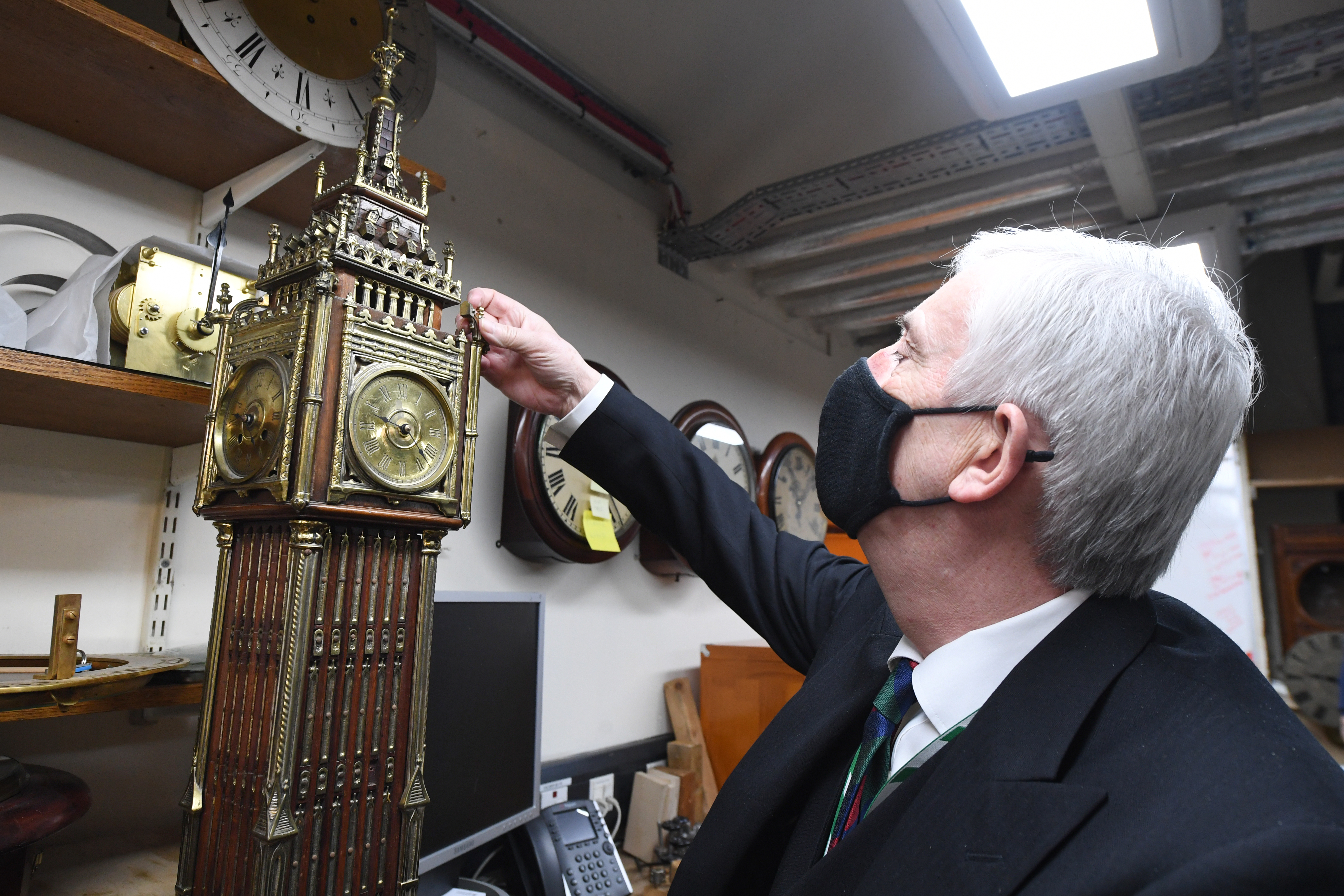 But this year he was lent a hand when Commons Speaker Sir Lindsay Hoyle gave up an hour of his own time to help with the mammoth all-night operation.

Sir Lindsay said: “There is really no excuse for any of us to be late in the Chamber or to a meeting when there are so many clocks dotted around Parliament – but it is certainly a herculean task to get the time changed.

“Ian and his two colleagues do an amazing job maintaining and winding up our clock collection and, as I have found out, it is an extremely time-consuming exercise.”

Ian and his team clock up eight miles changing the time across the Parliamentary estate, which includes visiting six outbuildings and climbing up 334 steps inside the Elizabeth Tower to move the hands of the Great Clock of Big Ben.

The dials and oak cases of many of the clocks inside Parliament were designed by Augustus Welby Pugin, the architect brought in to design much of the decorative detail in both Houses after they were destroyed by fire in 1834.

Most are run by a spring-powered fusee movement and at least 400 require winding up once a week. 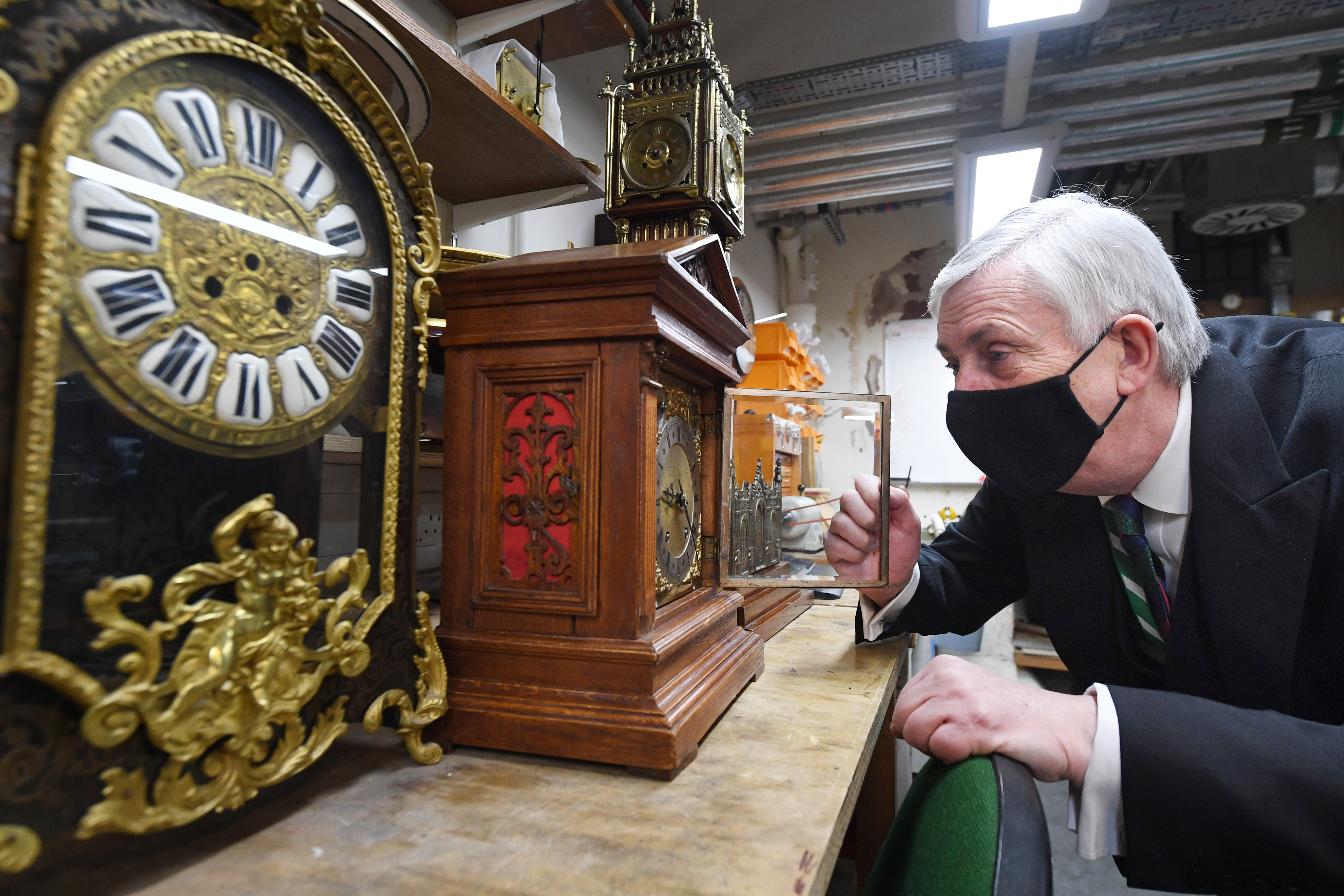 Sir Lindsay said: ‘There is really no excuse for any of us to be late but it is certainly a herculean task to get the time changed’Credit: HOC/JESSICA TAYLOR 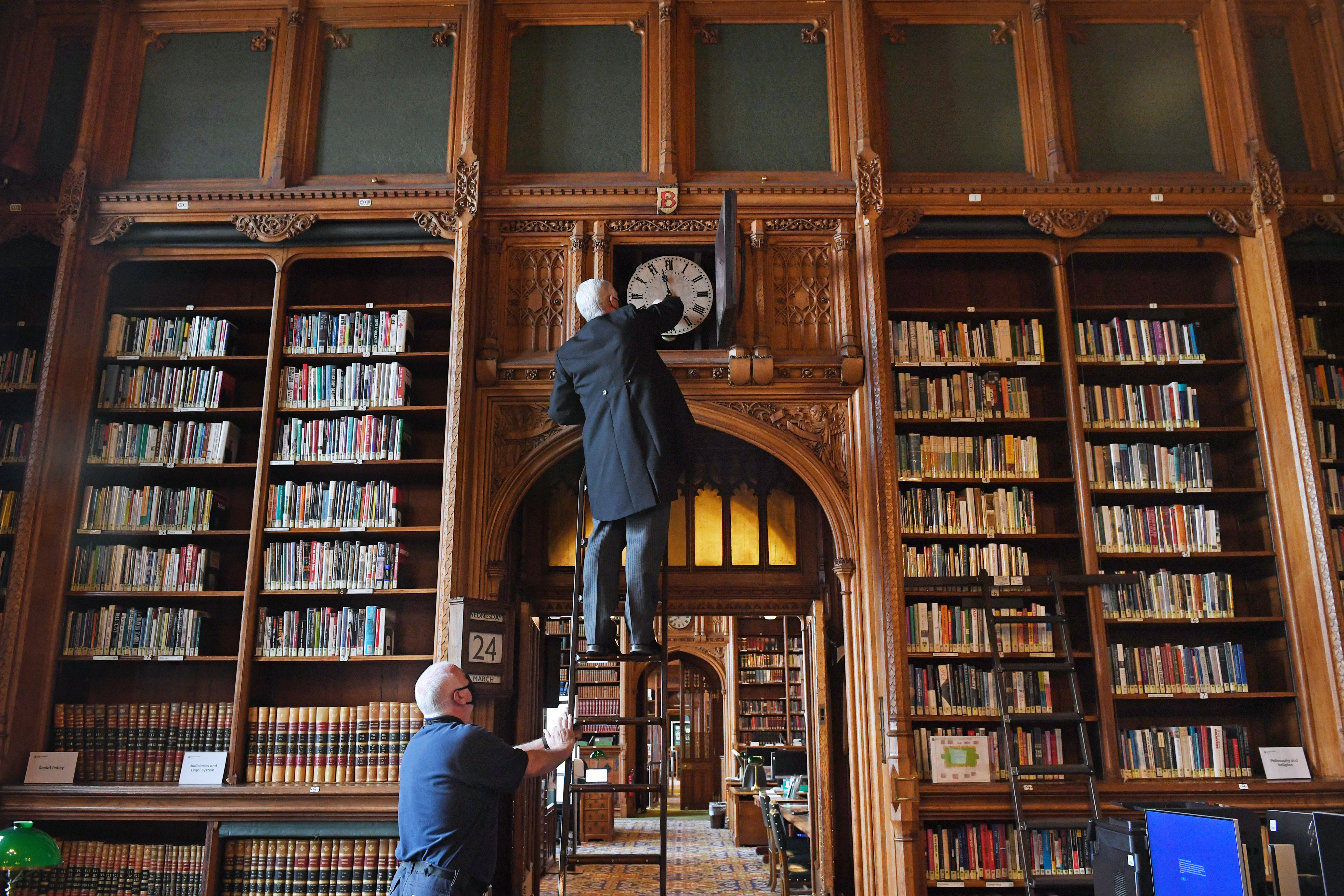 It takes Parliament’s very own father time Ian Westworth and his team 24 hours to add an extra hour to timepieces across the estateCredit: HOC/JESSICA TAYLOR

Ian, 58, who works with fellow clockmaker Huw Smith, 58, and a trainee, 33-year-old Alex Jeffrey, say the absence of MPs, peers and staff because of Covid restrictions has made it easier to identify failing clocks.

He said: “For the past year we have had free rein to remove and repair clocks from rooms that are usually full of people.”

“It has meant we have done a roaring trade in clock restoration. It has certainly made time fly.”