MASON MOUNT coolly dispatched a calm finish past Albania goalkeeper Thomas Strakosha to give England a commanding 2-0 lead in Tirana.

And the Chelsea ace is now odds-on to start for the Three Lions at Euro 2020 in the summer. 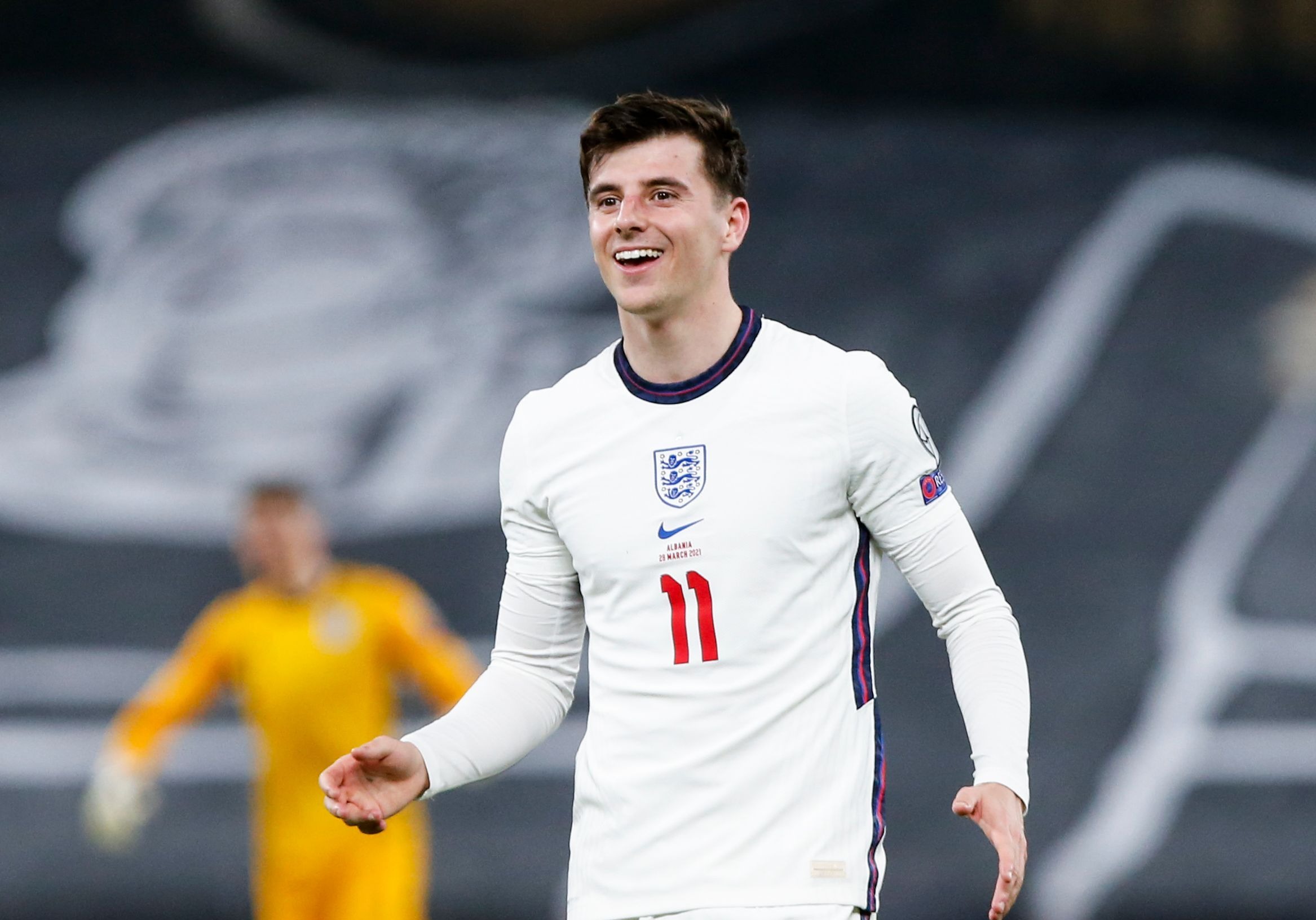 Mount, 22, is competing with the likes of Jack Grealish, Phil Foden and Jadon Sancho for a place in Gareth Southgate’s starting XI.

But his excellent performances for club and country this season have given him the edge.

Foden and Grealish are both evens to be selected by Southgate.

And Kane turned provider for the second, sending Mount one-on-one with a perfect pass.

The Blues ace did the rest, coolly lifting the over the onrushing Strakosha for 2-0.

3 – Mason Mount is the first Chelsea player to score or assist in three consecutive England appearances since Frank Lampard, who did so in seven in a row in a run ending in May 2013. Heir. pic.twitter.com/4EpRP5DR1d

In doing so, Mount became the first Chelsea player to score or assist in three consecutive England games since Frank Lampard back in 2013.

He has now won 15 caps for his country, and also previously scored against Belgium and Iceland.

After the game, however, Southgate wasn’t entirely pleased with his side’s performance.

He said: “At the end of the game we had opportunities to make it three and should’ve killed the game off.

“And I didn’t like the way we managed the game in the last 15 minutes.

“I’m pleased with the win but I think there are areas that we can certainly tighten up on.”

The Three Lions are back in action on Wednesday, when they take on Poland at Wembley.

Mexico admits real Covid death toll is 60% higher at over 321,000 as country ravaged by second wave ‘worse than Brazil’