The 30-year-old defeated Saunders in Texas on Saturday night after the Brit’s corner decided not to let him go out for the ninth round due to an eye injury which turned out to be a fractured eye socket. 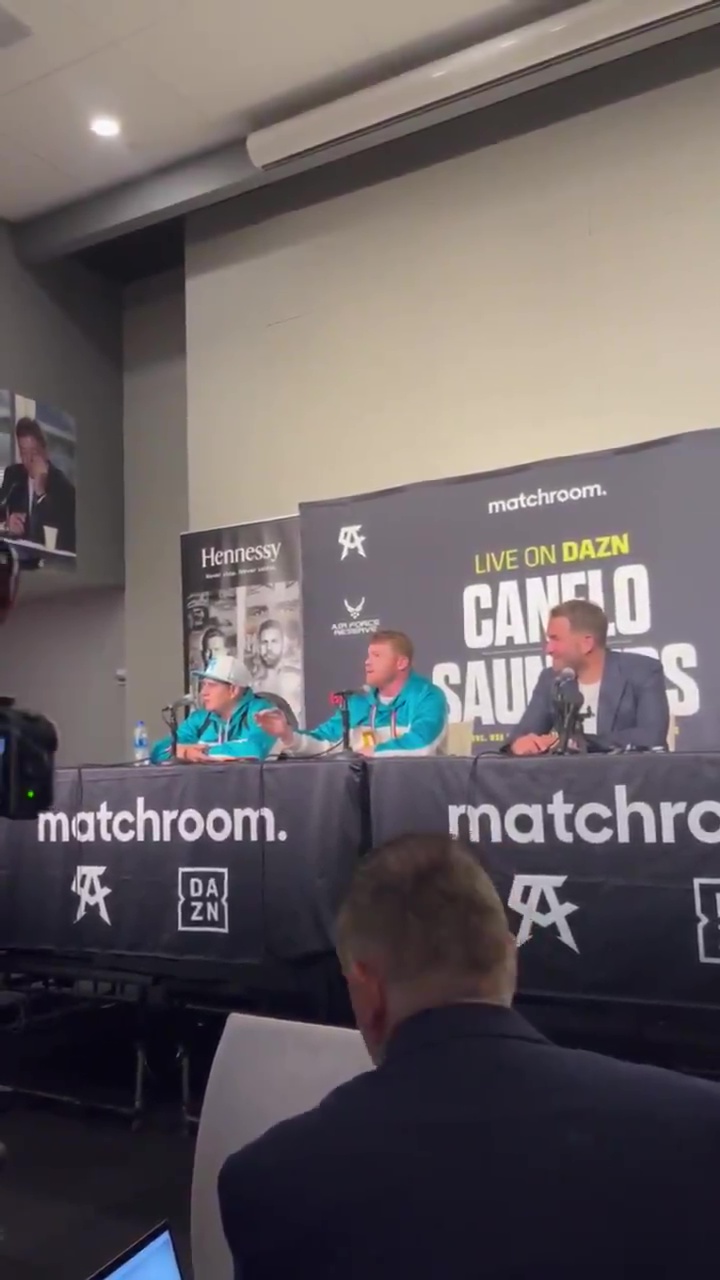 Canelo was in no mood to entertain Andrade in the post-fight press conferenceCredit: Twitter / @MikeCoppinger 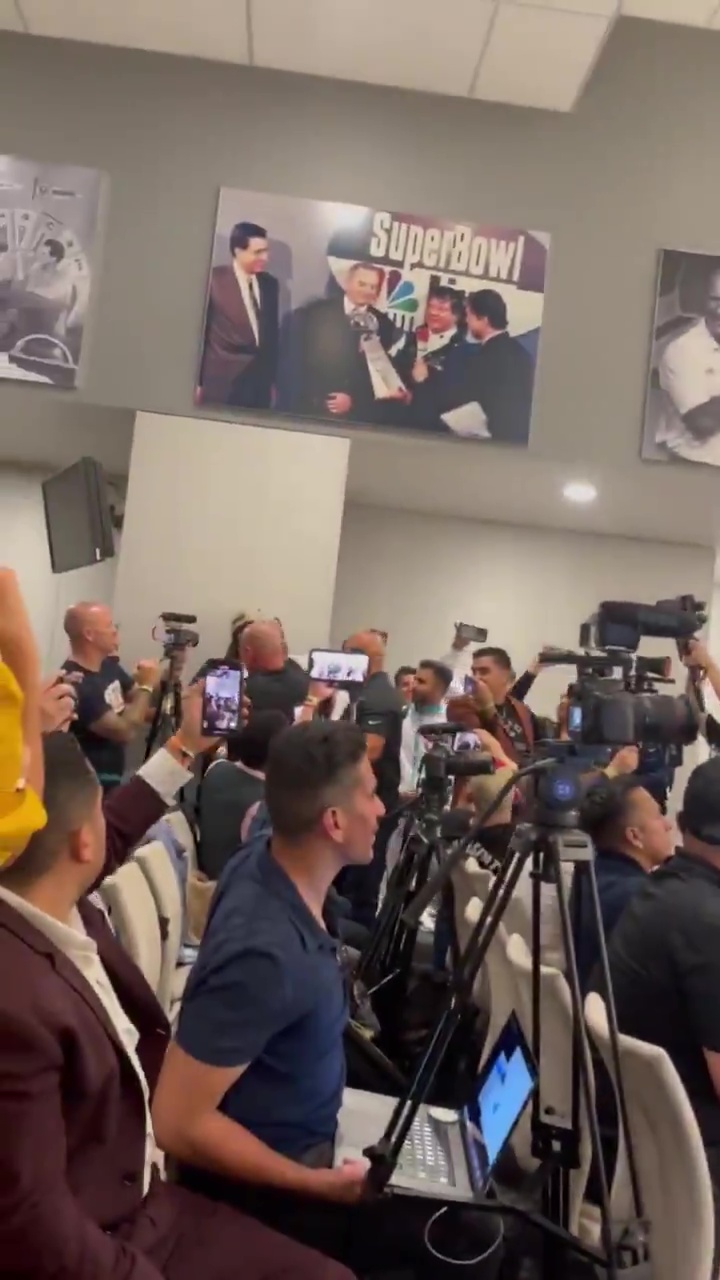 Andrade caused quite the stir after entering the media room to call out CaneloCredit: Twitter / @MikeCoppinger

But it was in the post-fight press conference that Canelo found himself in another confrontational situation as American Andrade stormed the media room.

And while Canelo is almost always a calm individual when being subjected to trash talk, he did not hold back this time around.

Andrade interrupted the presser by saying: “So when can we get something going on? Let’s make it happen. What’s up Canelo? Congratulations today though, good job baby, good job.

“I’m a big fan… but what’s up though? When can we make it happen? What you think?”

Andrade then questioned Canelo’s recent resume, before the American’s dad accused the Mexican of ‘avoiding’ his son.

And Andrade said: “Don’t swear at me. Don’t talk to my dad like that. I’ll f**k you up. I just asked you a simple question. What you gonna do? You tough? Watch your mouth bro. I congratulated you bro, watch your mouth.”

Andrade was then escorted from the room, but not before he could get the final word by saying: “Come beat me little b***h. When I see you, it’s on.”

‘Boo Boo’ Andrade is the current WBO middleweight champion having held the belt since 2018.

The 33-year-old is 30-0 as a professional, the exact same record Saunders boasted before he was stopped by Canelo.

But Andrade has struggled to secure a fight against a top name since acquiring the WBO strap more than two years ago.

And he could be made to wait even longer for a shot at Canelo after the Mexican stated he wants to face IBF super-middleweight champion Caleb Plant next in a bid to become undisputed champion at 168 pounds.

Canelo vs Billy Joe Saunders – Round by Round