DONNY VAN DE BEEK banished his Manchester United blues on Tuesday night as he netted in Holland’s 7-0 win against Gibraltar.

The midfielder, 23, has struggled to impress at Old Trafford following a £40million move from Ajax last summer. 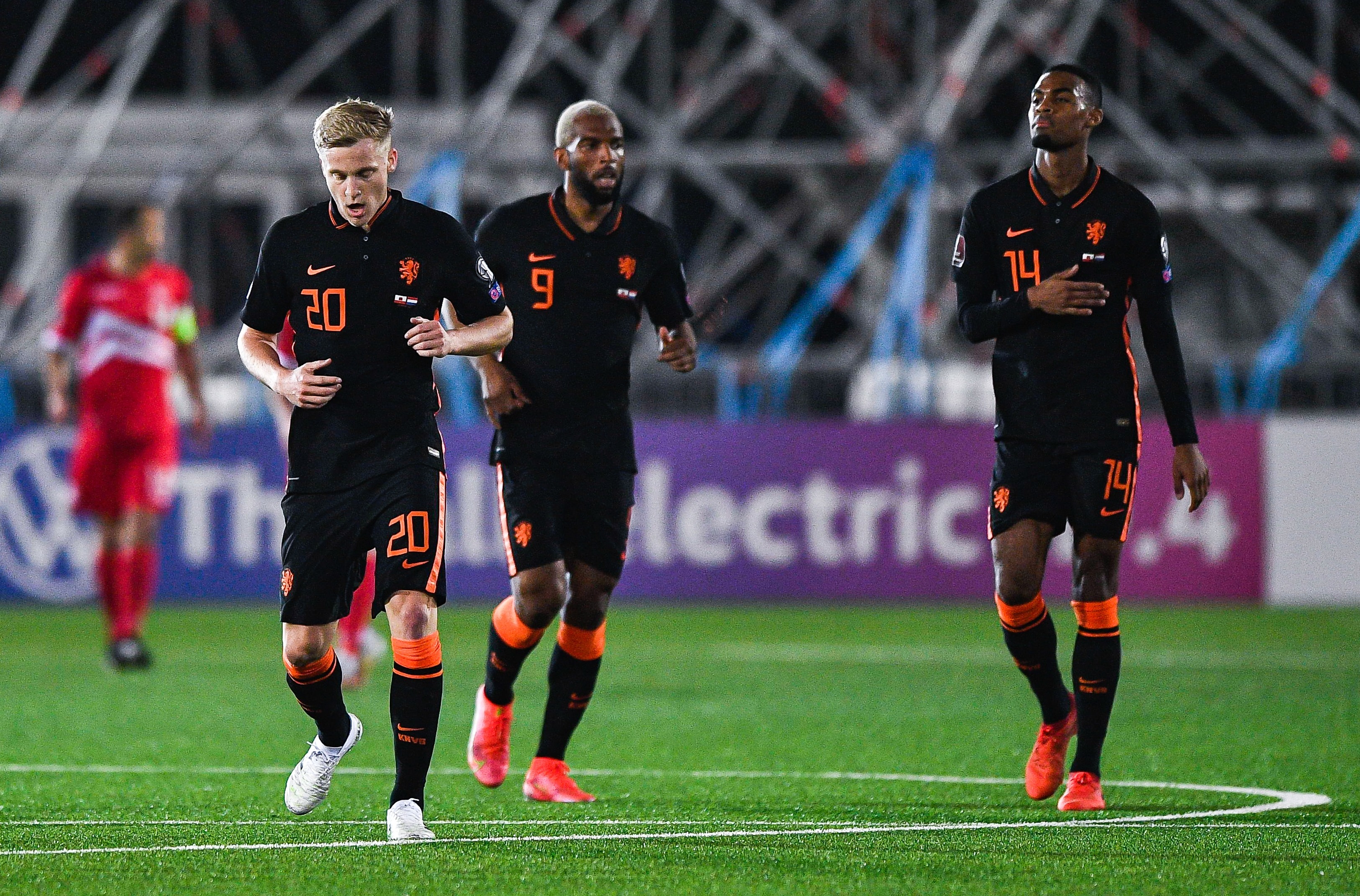 Donny van de Beek scored for Holland in their 7-0 win against Gibraltar on TuesdayCredit: Getty 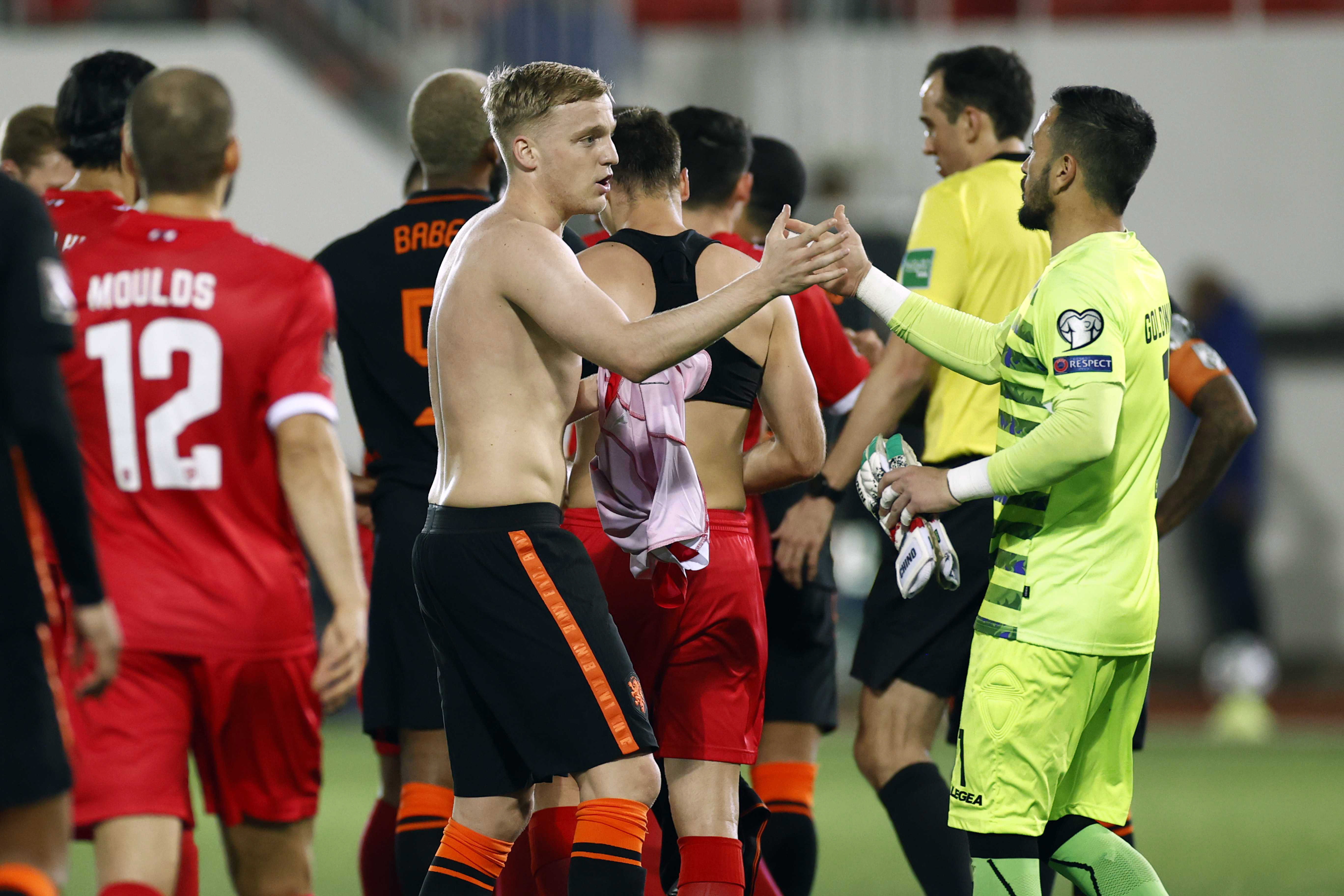 But he took full advantage after coming off the Holland bench in Tuesday’s World Cup qualifier against Gibraltar.

And Holland have now won two on the bounce having suffered a dismal 4-2 defeat to Turkey in the first match of their qualifying campaign last week.

Steven Berghuis opened the scoring minutes before half-time as the Dutch struggled to break down their opponents.

But the floodgates opened in the second half as Luuk de Jong made it 2-0 ten minutes in.

Memphis Depay and Georginio Wijnaldum soon scored within a minute of each other.

And Donyell Malen made it three goals in three minutes with a strike soon after. 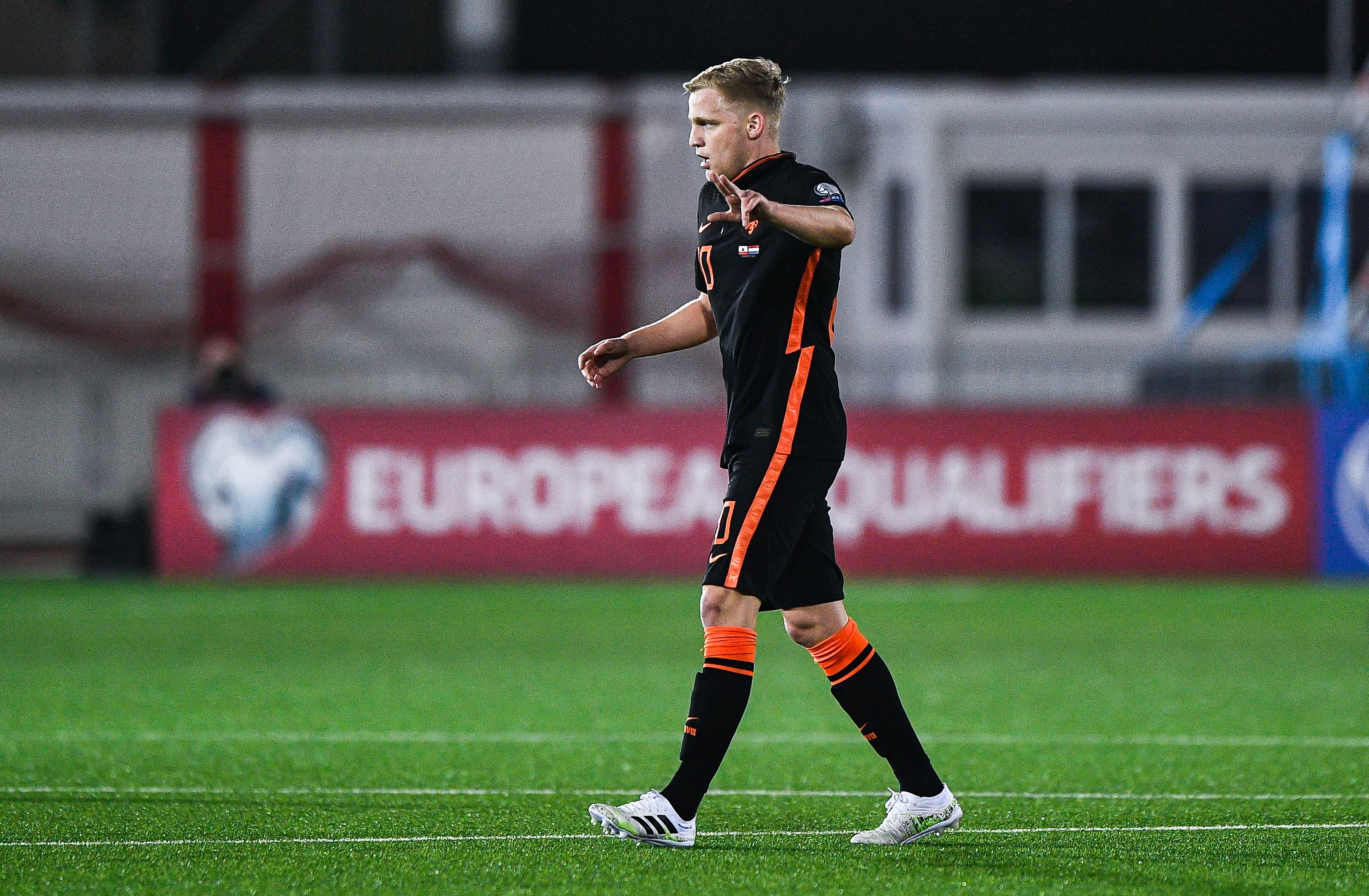 Van de Beek then got his moment in the spotlight with an 85th minute effort, before Depay bagged his second of the night just before full-time.

Van de Beek will be hoping his performance did enough to impress Ole Gunnar Solskjaer ahead of Sunday’s Premier League clash with Brighton.

United have some injury problems in attack and may need to shake things up.

Marcus Rashford and Mason Greenwood were both forced to withdraw early from England’s senior and U21s squads.

Meanwhile, Anthony Martial limped off for France and Edinson Cavani has spent a large chunk of time sidelined over the last month.

It could mean Van de Beek is in with a shout of making just his third league start of the season.

And he’ll have done his cause no harm with another good showing for his country, with many Dutch fans baffled at his lack of minutes in England.