A CATASTROPHIC volcanic eruption may have led to the abandonment of an ancient Egyptian city more than 2,000 years ago.

The blast triggered a drought that left citizens of the fortified seaport of Berenike without drinking water for several years, research shows. 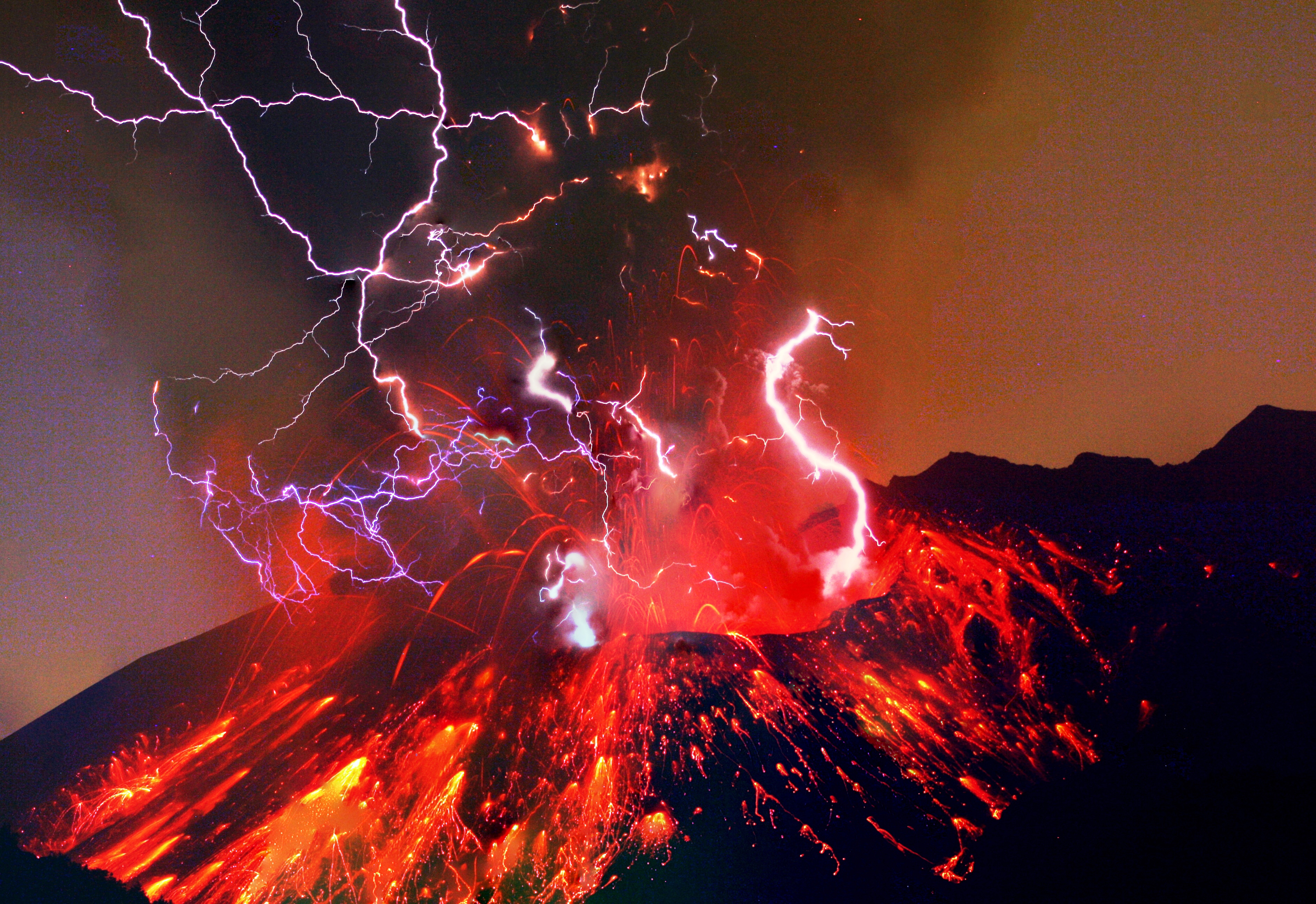 A catastrophic volcanic eruption may have led to the abandonment of an ancient Egyptian city more than 2,000 years agoCredit: Getty

The city on the western coast of the Red Sea lay empty for decades before it was eventually resettled in the second century BC.

They believe that climate change caused by a vocanic explosion on the other side of the globe was responsible.

“The drought must have occurred over a short period of time and must have been very significant,” study lead author Dr Marek A. Woźniak, of the Polish Academy of Sciences, told the Sun. 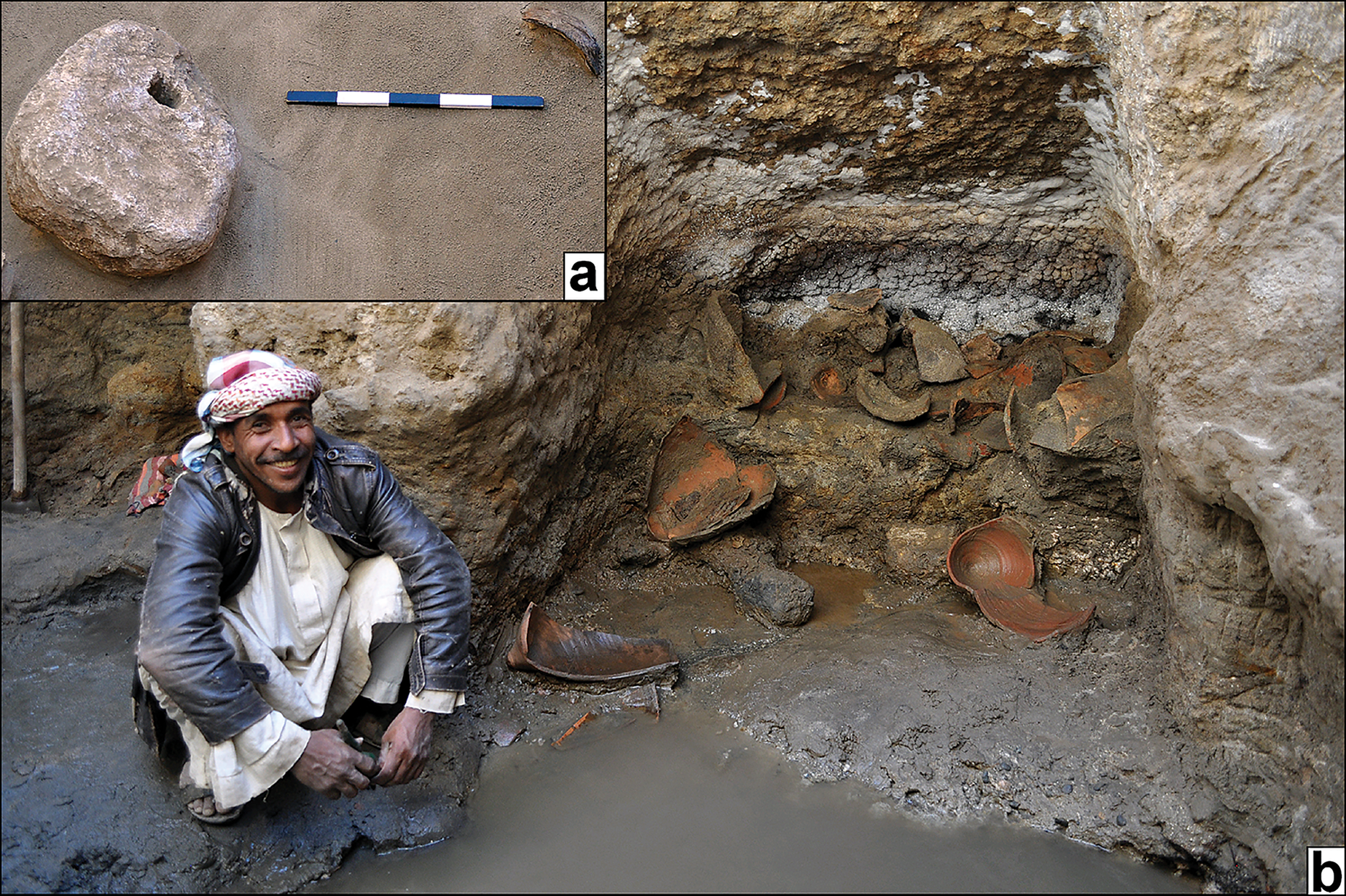 Items found in an ancient well in the Egyptian city of Berenike, including a counterwight from the well’s sand fill (a) and fragments of buckets (b)

Berenike, also known as Berenice Troglodytica, was a fortified city built on a rocky peninsula on Egypt’s eastern coast.

It was founded in 275 BC by Ptolemy II, a Macedonian Greek king of the Ptolemaic dynasty that ruled ancient Egypt from 305 to 30 BC.

Berenike served as trade centre for exotic goods from India and Arabia, with its own harbour, warehouses, workshops and a repair yard.

Dr Woźniak described the port – a cross between a city and a military base – as “a true gateway to the East”. 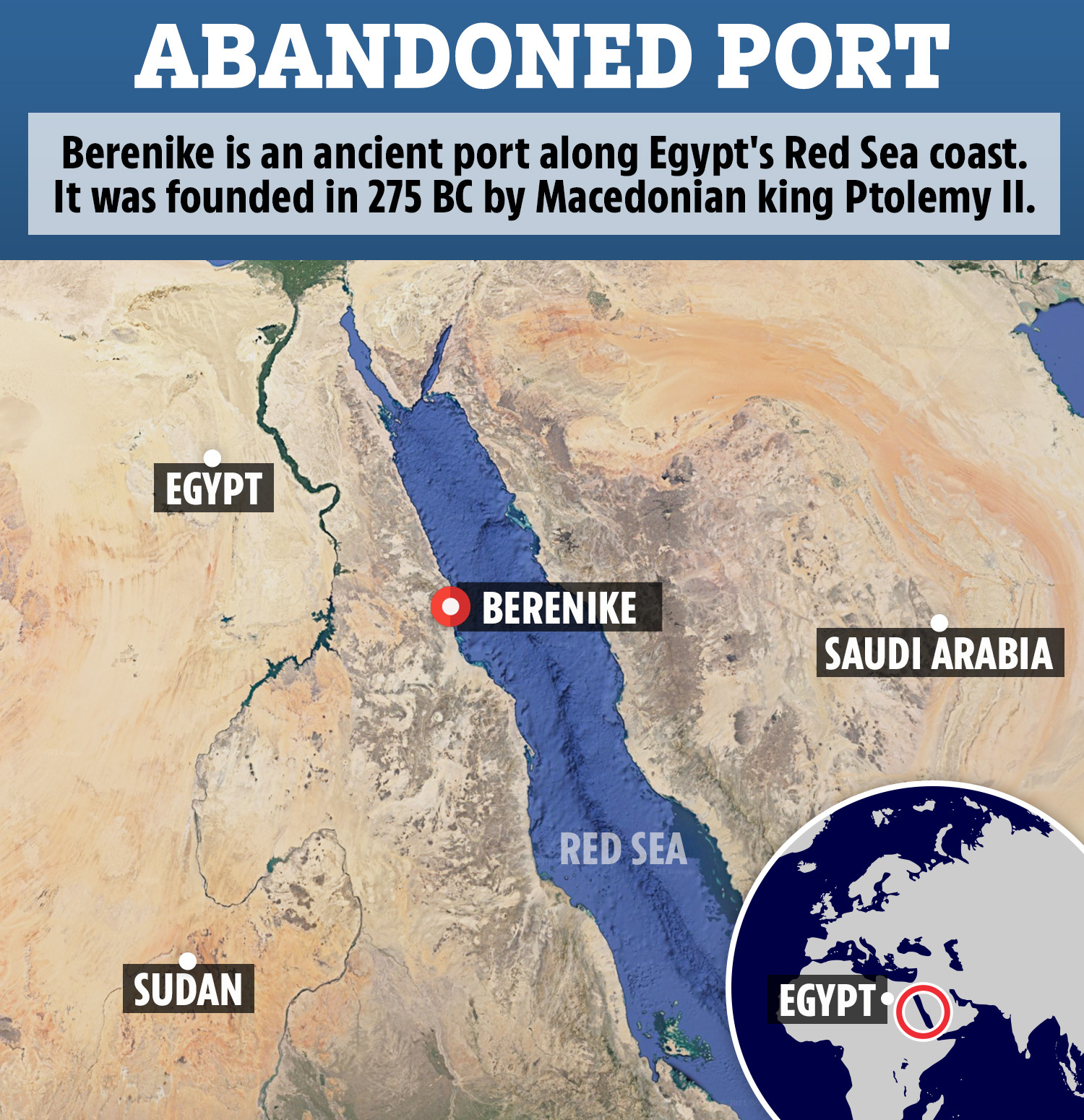 Due to its position on a salt plain, the city relied on a complex storage and distribution system to supply its thriving population with freshwater.

That left its citizens more vulnerable than most to droughts, as they had no way to quickly replace water lost during dry spells.

The ruins of Berenike were discovered in 1818, but it wasn’t until the 1990s that excavations began.

Archaeological records show that the port was abandoned around 200 BC – less than a century after it was founded.

Despite numerous attempts to explain the abrupt desertion, precisely what led its citizens to flee their homes has long remained a mystery. 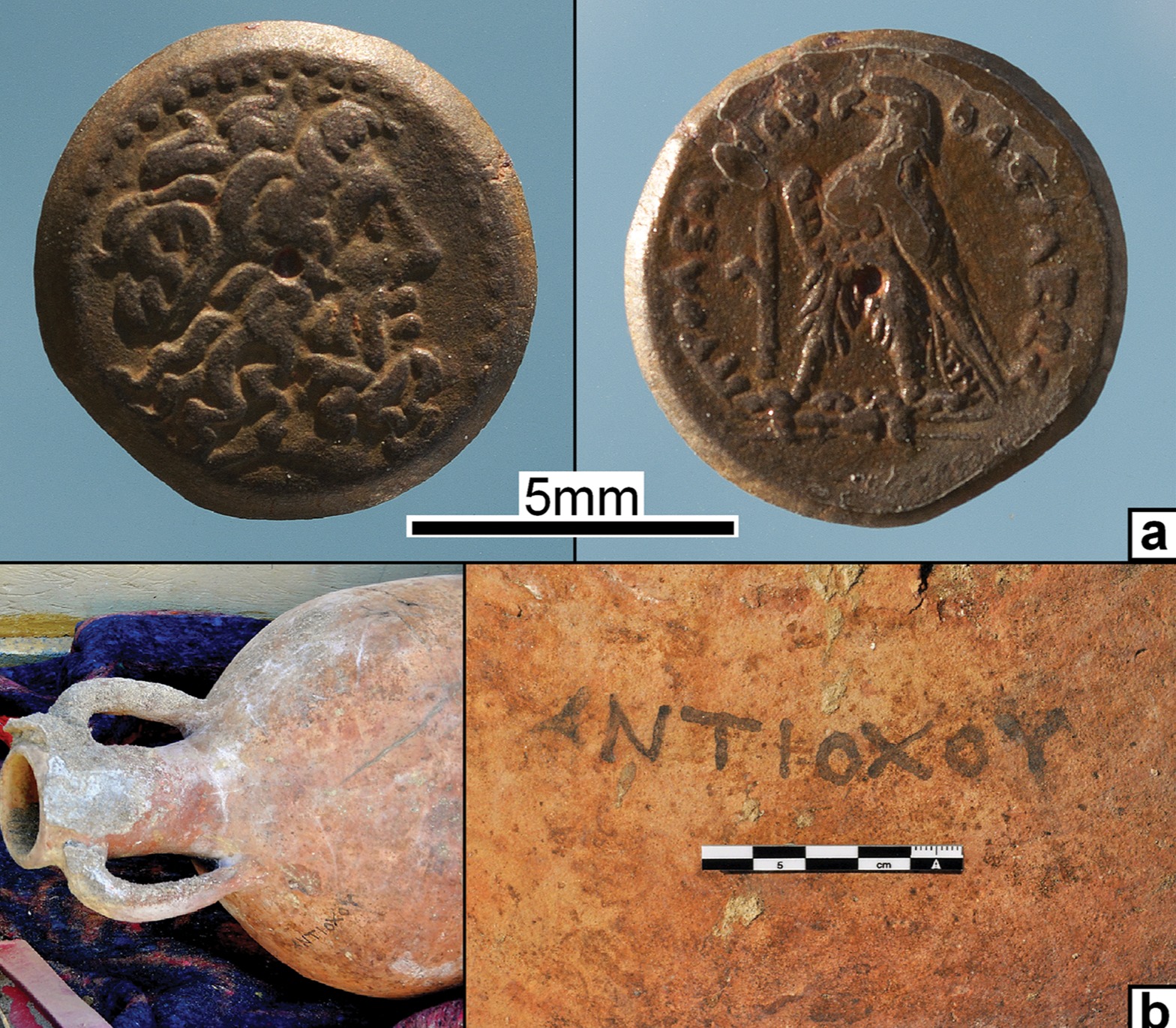 Researchers also uncovered Ancient Greek coins (top), and a tall jug known as an amphora (bottom left) with what is believed to be the owner’s name inscribed on it (bottom right)

Dr Woźniak thinks he may have finally cracked the case.

Working with a colleague from the University of Toledo in Ohio, he examined the remains of what is thought to have been the city’s sole freshwater well.

Located in the northwest corner of the city, the enormous structure was uncovered in 2019 inside a gate on one of the outer walls.

It housed several pools, the largest two of which are thought to have held up to 4,500 gallons, Dr Woźniak noted in a 2019 report in Antiquity.

For their new study, the team analysed traces of water level changes baked into the ruin’s remains. 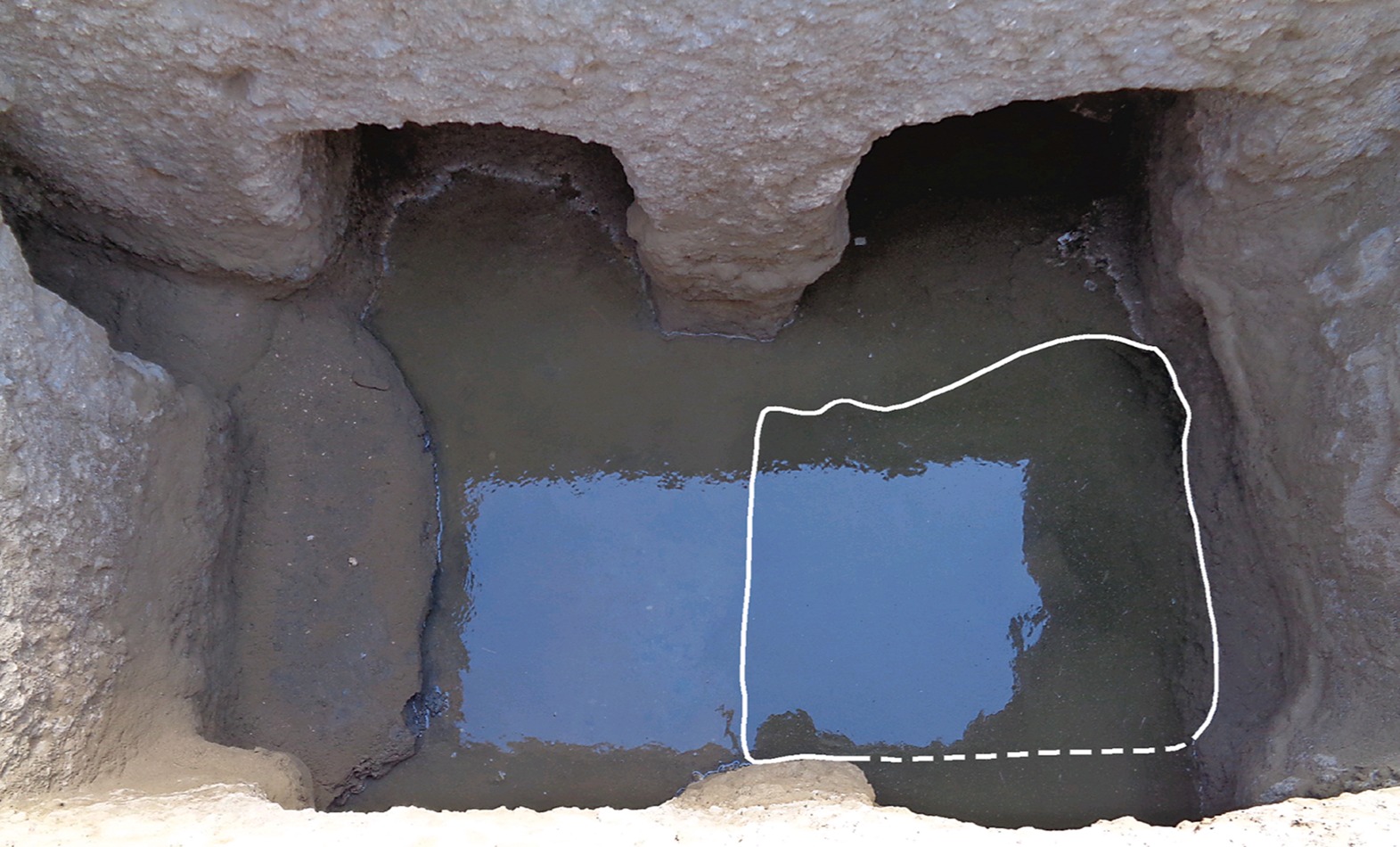 Interior of the well uncovered by researchers. The original well shaft is outlined in white. It was later expanded to feature four chambers

They reveal that the well was in use for around 50 years before activity there abruptly stopped between 220 and 200 BC.

“Traces in the well indicate that just before the object was abandoned, the well dried up completely,” Dr Woźniak told The Sun.

Once the water had dried up, sand was blown into the well, preserving a number of artefacts, including two bronze coins.

The ancient pocket change dates from the decades before 199 BC. Artefacts from that time are few and far between elsewhere in the fortress.

Piecing the evidence together, Dr Woźniak suggests that a drought struck Berenike in a short space of time, likely leading to the port’s abandonment. 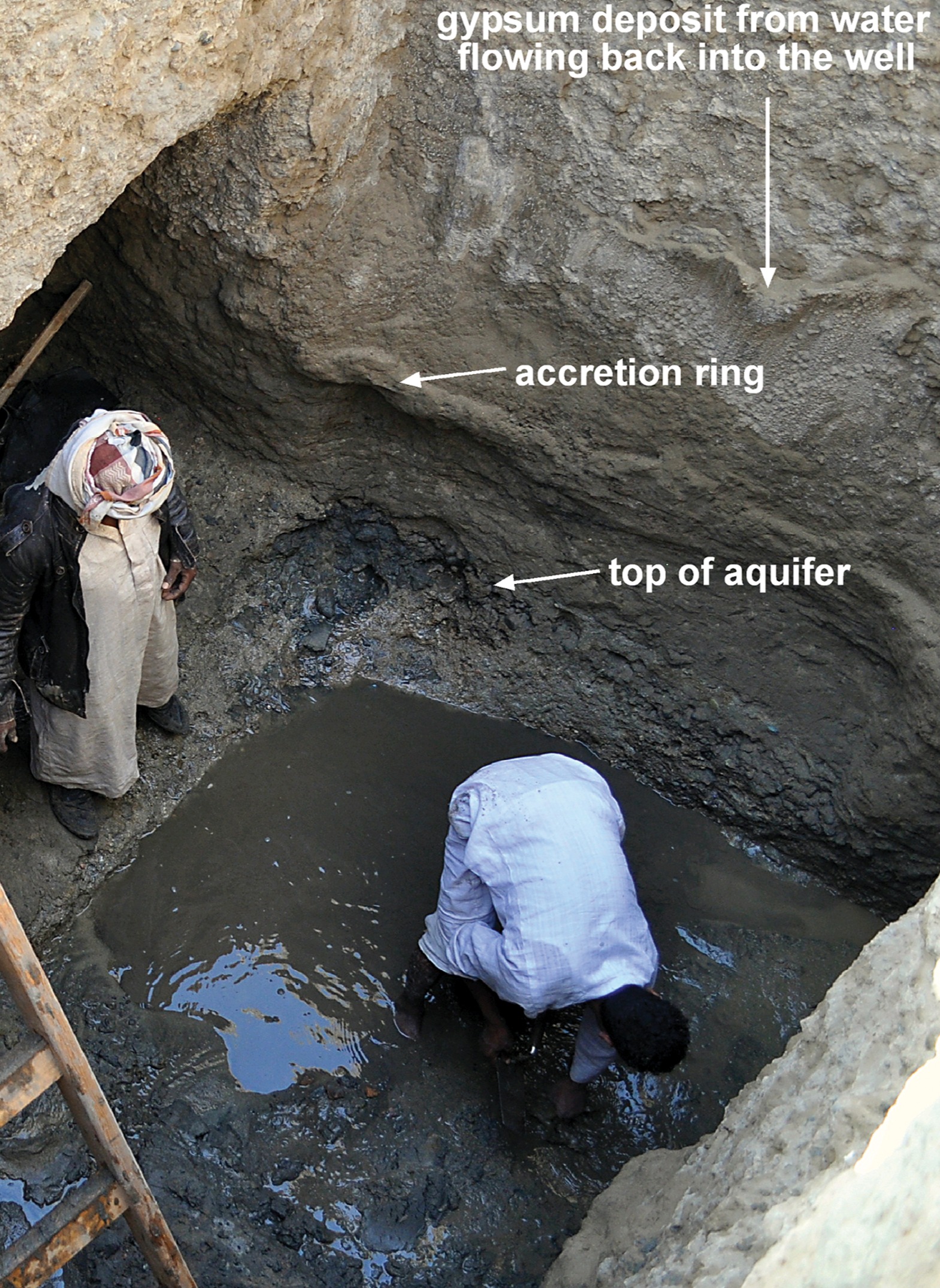 As well as draining its drinking water, the drought is thought to have disrupted the sea trade routes that the city was dependent upon.

The researchers speculate that a massive volcanic eruption was most likely responsible for the extreme dry spell.

Previous research found that an eruption in 209 BC spewed ash and smoke into the atmosphere, disrupting North-Eastern Africa’s climate.

The cataclysmic event weakened the annual Nile flood, leading to the famine-induced revolt of 207–186 BC in Upper Egypt.

“This meant that the Red Sea ports became virtually useless and not worth any further maintenance,” Dr Woźniak said.

“The climatic collapse that we note at Berenike, linked to what was happening in the area of the source of the Nile, was the cause and final blow to the Red Sea port cities.”

How do volcanoes erupt?

It is unclear which volcano may have been responsible.

Dr Woźniak put forward four candidates: Pelée on the island of Martinique in the Caribbean Sea, Popocatéptl in Mexico, or the Japanese volcanoes Tsurumi or Hakusan.

Despite laying abandoned for 50 years, Berenike was eventually resettled in the late second century BC.

It fell under Roman rule following the annexation of Egypt in the late first century BC, becoming the Roman Empire’s southernmost port.

By the mid sixth century AD, the city was abandoned and never reoccupied.

Archaeologists hope to unearth more about the port’s turbulent history during future excavations.

In other news, some of the world’s earliest cities were brought to their knees by climate change 4,000 years ago, research shows.

An advanced civilisation that ruled large swathes of the Middle East 4,000 years ago may have been wiped out by a spot of bad weather.

And, archaeologists have unearthed the ancient remains of a baby near the site of Stonehenge.

Are you worried about massive volcanic eruptions? Let us know in the comments!