A MAN filmed himself holding and LICKING a “slimy” creature on a beach – unaware it could kill him.

He was completely clueless than the jellyfish-like animal was actually a deadly Portuguese Man O’ War, nicknamed the ‘floating terror’. 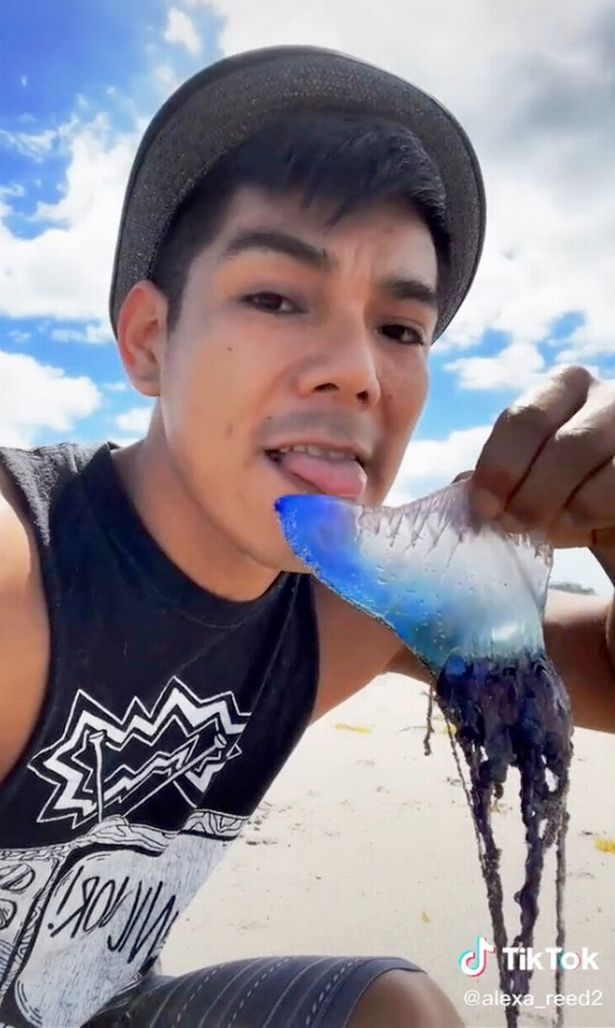 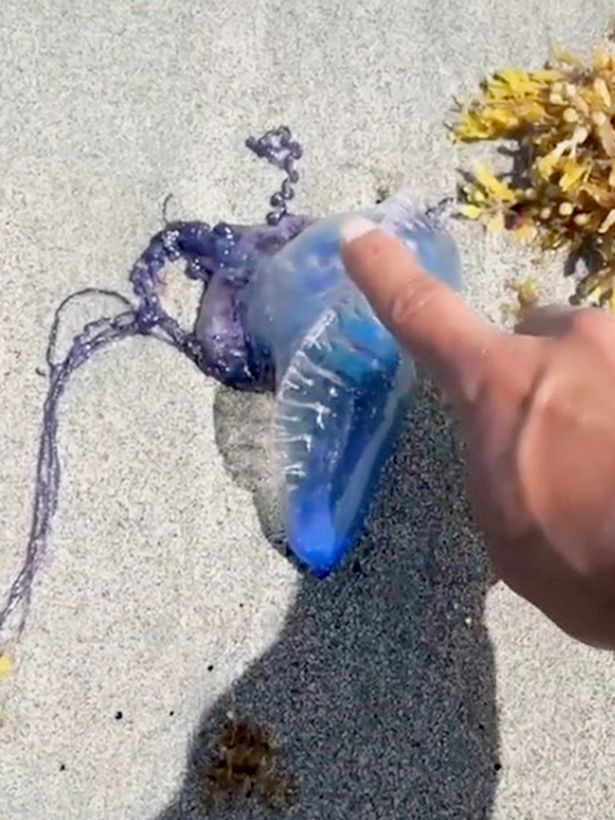 The user, named Alexa Reed on the app, also poked and prodded the animalCredit: TikTok/alexa_reed2

The man, who goes by the name Alexa Reed on TikTok, shared the clip of him handling the creature, which had washed up on a shore.

He pokes and prods the balloon-like see-through animal, which appears to be filled with a blue liquid and has long stringy tentacles.

Alexa said during the video: “Look guys, a jellyfish is still here.”

He goes on to touch it with his finger, saying: “Oh my gosh it’s so cold and so slimy, I’m going to pick it up.”

He pinches it between his fingers and adds: “Yep, it’s a jellyfish, look how big it is.

The video ends with him sticking his tongue out ready to touch it. 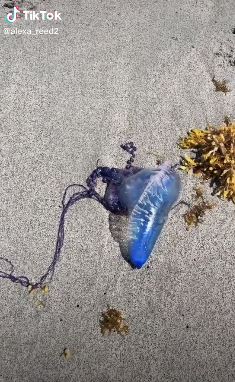 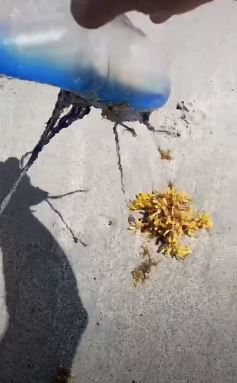 The creature looks like an ordinary jellyfish but is much more dangerous and can be deadlyCredit: TikTok/alexa_reed2 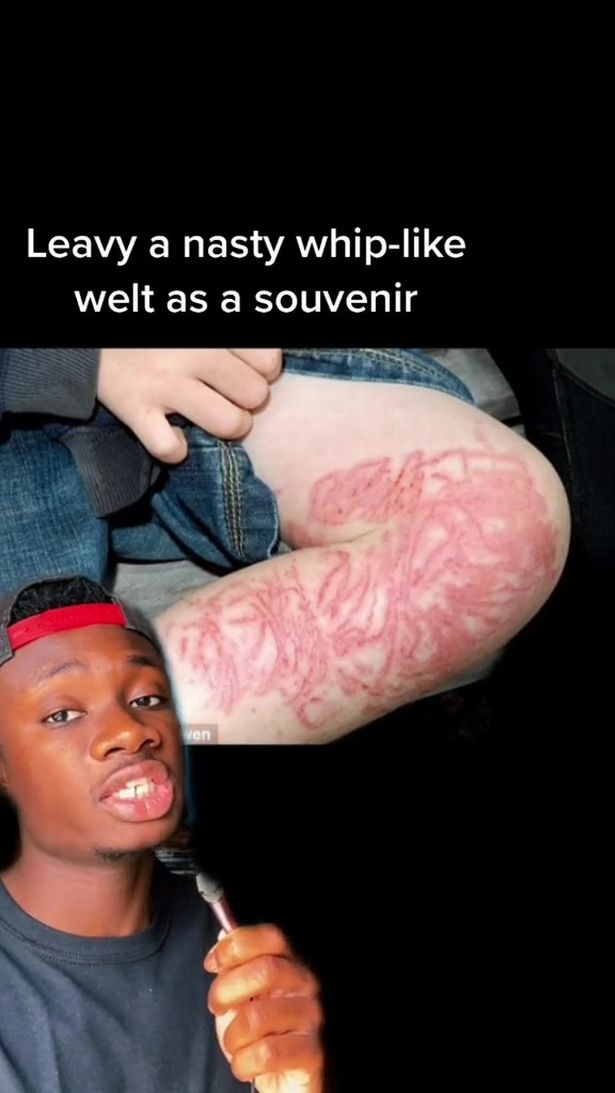 Another TikTok user replied warning others not to copy him as the man o’wars can leave nasty welts on the skinCredit: TikTok/mndiaye_97

He seemed completely oblivious to the fact the creature was a Portuguese man o’war, often known as bluebottles, which can kill humans.

They can grow up to 12 inches long and 5 inches wide, with tentacles reaching a staggering 165 feet.

Their venom is used to paralyse and kill their prey, and the sting can cause welts which cause “excruciating pain” for days.

Although rare, man o’war have been known to kill humans.

Other TikTok users quickly let Alexa know he had made a big mistake.

One, named mndiaye_97 on the popular video-sharing app, warned others not to copy his behaviour.

They said: This is why women live longer than men, s*** like this.

“It’s a species of siphonophore armed with millions of explosive stinging cells powerful enough to make Nemo an orphan and occasionally turn a person into past tense.

“This Man O’ War is responsible for up to 10,000 stings a year in Australia alone and the venom can cause excruciating pain for up to three days, leaving a nasty, whip-like welt as a souvenir.

“But honestly, you’re lucky if that’s all you get because the venom can trigger an allergic-like reaction that results in throat-swelling, heart issues and difficulty breathing, as you suffocate, possibly to death.

“And fun fact, not only can they write your obituary days, even tentacles that have been separated from its body contain enough venom to incapacitate you.

“Getting stung by a Man O’ War is nowhere near a death sentence. Most of the time if treated quickly, it’s very survivable.

“But even though being put in a coffin by one is rare, the agonising pain that comes with it might make you wish it wasn’t.”

Another simply said: “Bruh that ain’t a jellyfish that’s a man o’war.”

And one user commented: “Noooooo that’s the deadliest jellyfish.”

Man o’war are found all over the world, and have even washed up on Britain’s beaches in Cornwall and Devon. 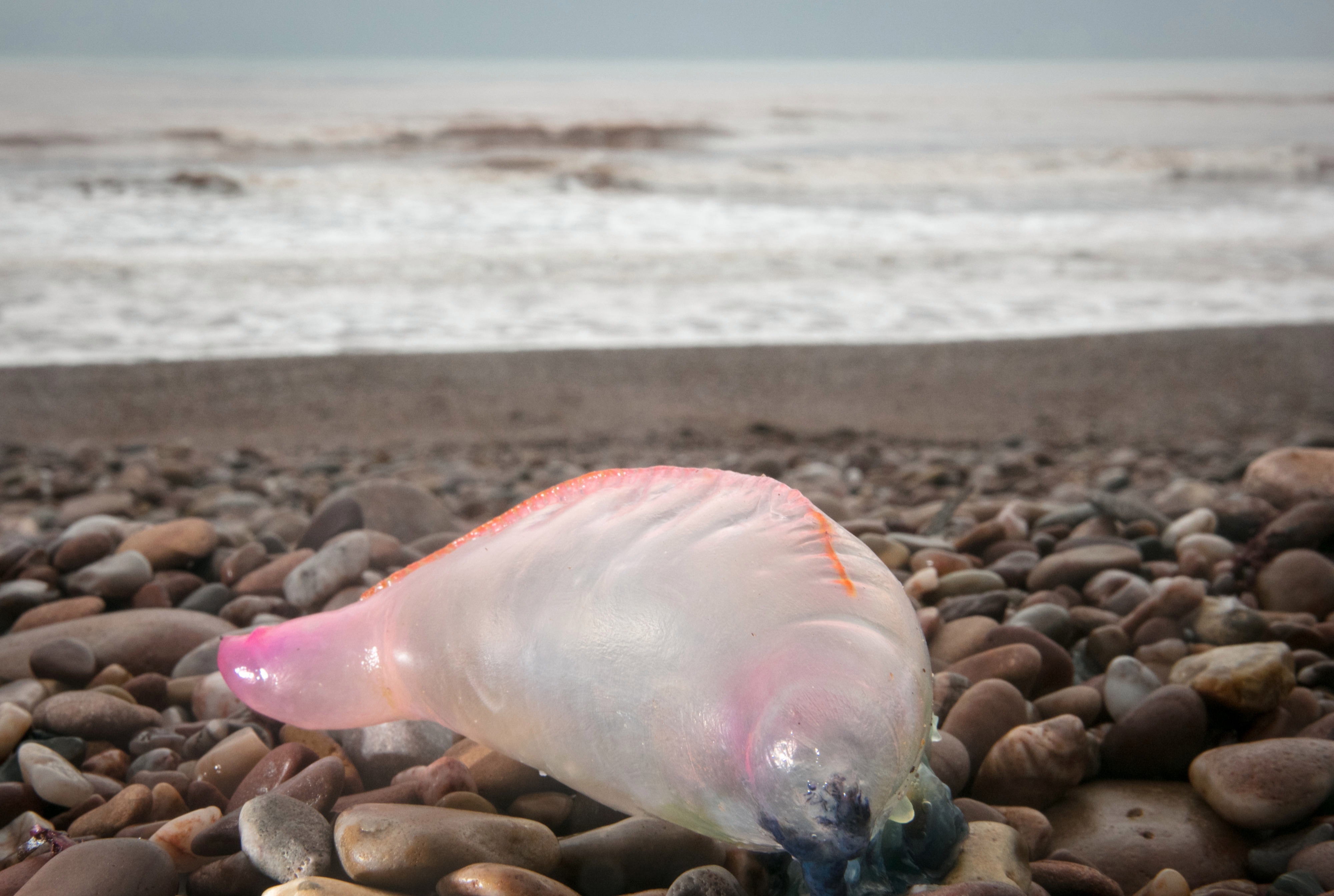 Portuguese man o’war have washed up on beaches in BritainCredit: Getty Images – Getty