Underworld crooks who stole the 1966 World Cup finally unmasked – but did Britain’s most powerful men let them off?

THE two villains suspected of masterminding the theft of the World Cup in 1966 have remained under the radar for 56 years.

But as Gareth Southgate and his England squad prepare to bring it home again, The Sun unmasks the crooks who attempted one of the past century’s most notorious thefts. 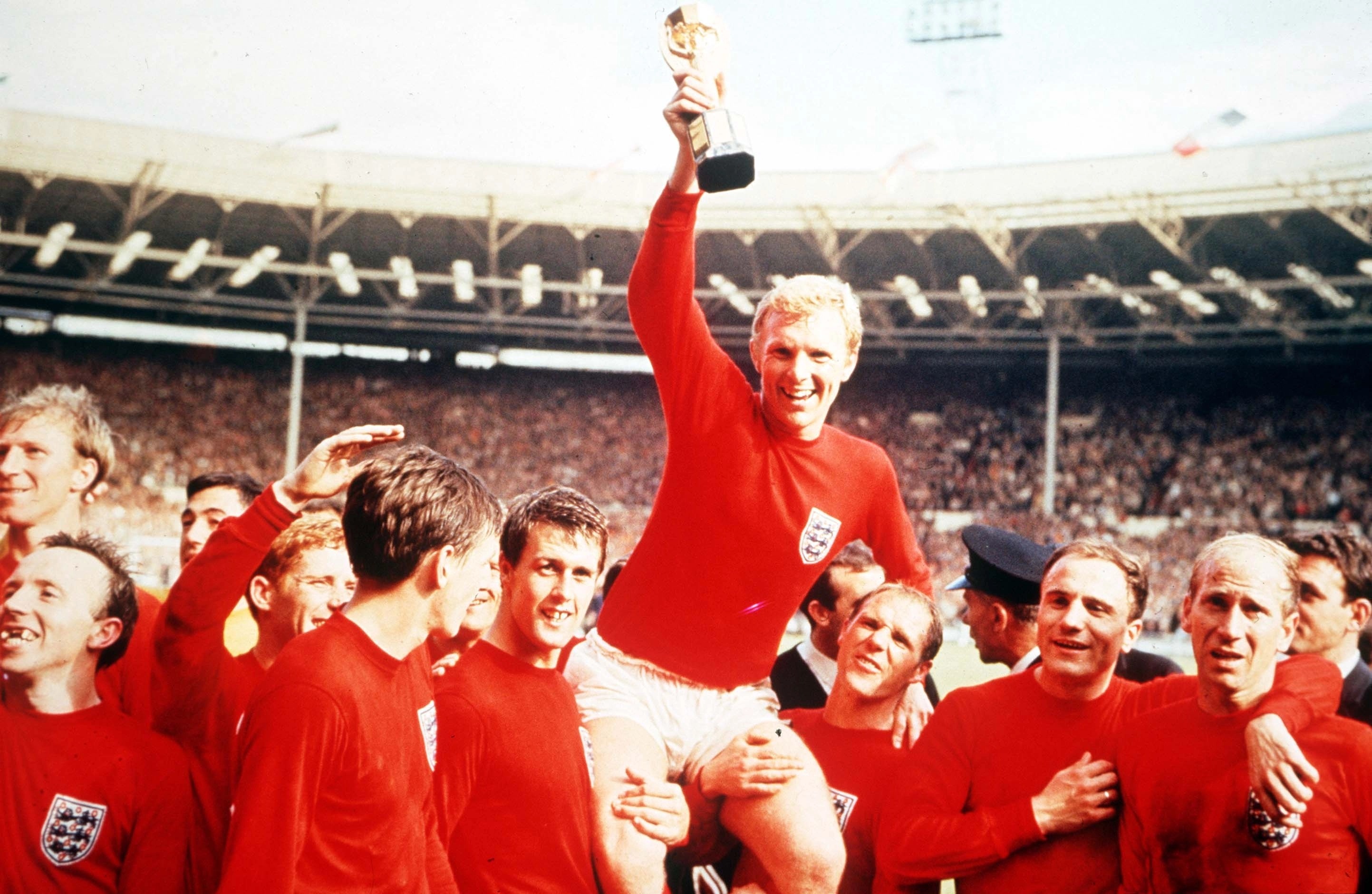 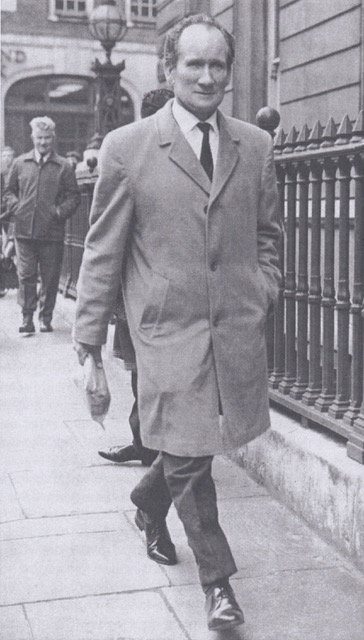 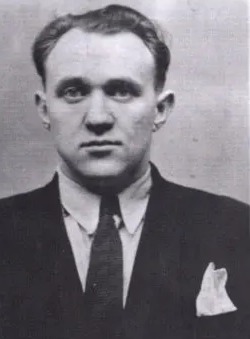 We can reveal how crooked Hatton Garden diamond dealer Gerald Sattin and underworld fence Bernard “The Pole” Makowski were strongly suspected of being architects of the plot to steal the Jules Rimet trophy.

Our investigations also expose how the pair — both now dead — escaped scot free after an apparent Downing Street deal to retrieve the cup.

Historic confidential police intelligence documents list both men as associates of Edward Betchley, the only one of the three to be convicted of the theft of the cup from a display case at an exhibition in London.

The files reveal a witness saw Sattin, then 34, at the exhibition at Westminster’s Methodist Central Hall.

The witness, a solicitor who asked for anonymity, urged police “to make as full an investigation into this line of inquiry as I believe this to be more than a coincidence”.

Betchley told police he was acting on behalf of a man he knew only by the nickname The Pole.

A Scotland Yard index of nicknames turned up Warsaw-born Makowski, then 40.

The World Cup remained missing for a week until it was found in a South London hedge by a dog called Pickles — and England went on to win it in July that year.

We can now reveal that before Pickles became an unlikely hero, a deal was hatched for the trophy’s return, backed by Downing Street.

It led to charges being reduced against Betchley and no action being taken against Sattin and Makowski.

Former Scotland Yard Flying Squad commander John O’Connor said last night: “There was clearly a deal with the DPP, police and Betchley to get the cup back.

“But this document strongly suggests for the first time that it was done at the behest of Harold Wilson.

“He wouldn’t get his hands dirty, but he would let his secretary do exactly that. It was skulduggery but it was also in the public interest to get the cup back.

“It was even more important for Wilson, as it was days away from the General Election. Finding the cup could well have affected the outcome of the election.”

The 14in, gold-plated Jules Rimet trophy of the winged goddess Nike had arrived in London under tight security on January 5, 1966.

The following day it was on display at the live TV screening of the tournament draw in West London.

Two officials from previous winners Brazil handed the cup to Fifa president Sir Stanley Rous, who quipped: “Whether they leave it here permanently or just temporarily will be seen in July.”

His words came back to haunt him when it was stolen on March 20.

The FA had loaned it to stamp company Stanley Gibbons for an exhibition.

The show was closed on the Sunday of the theft but the building was open for Methodist services. 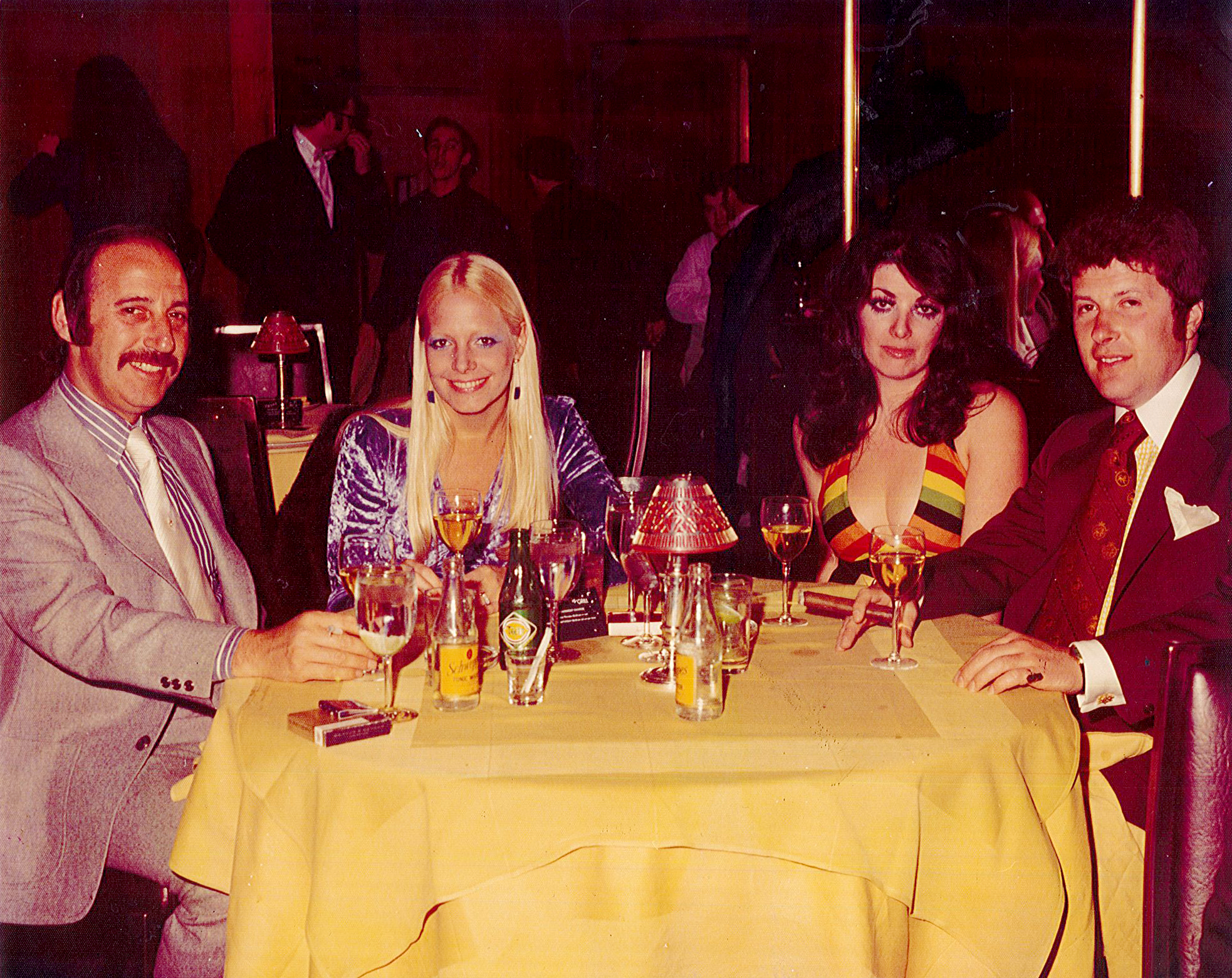 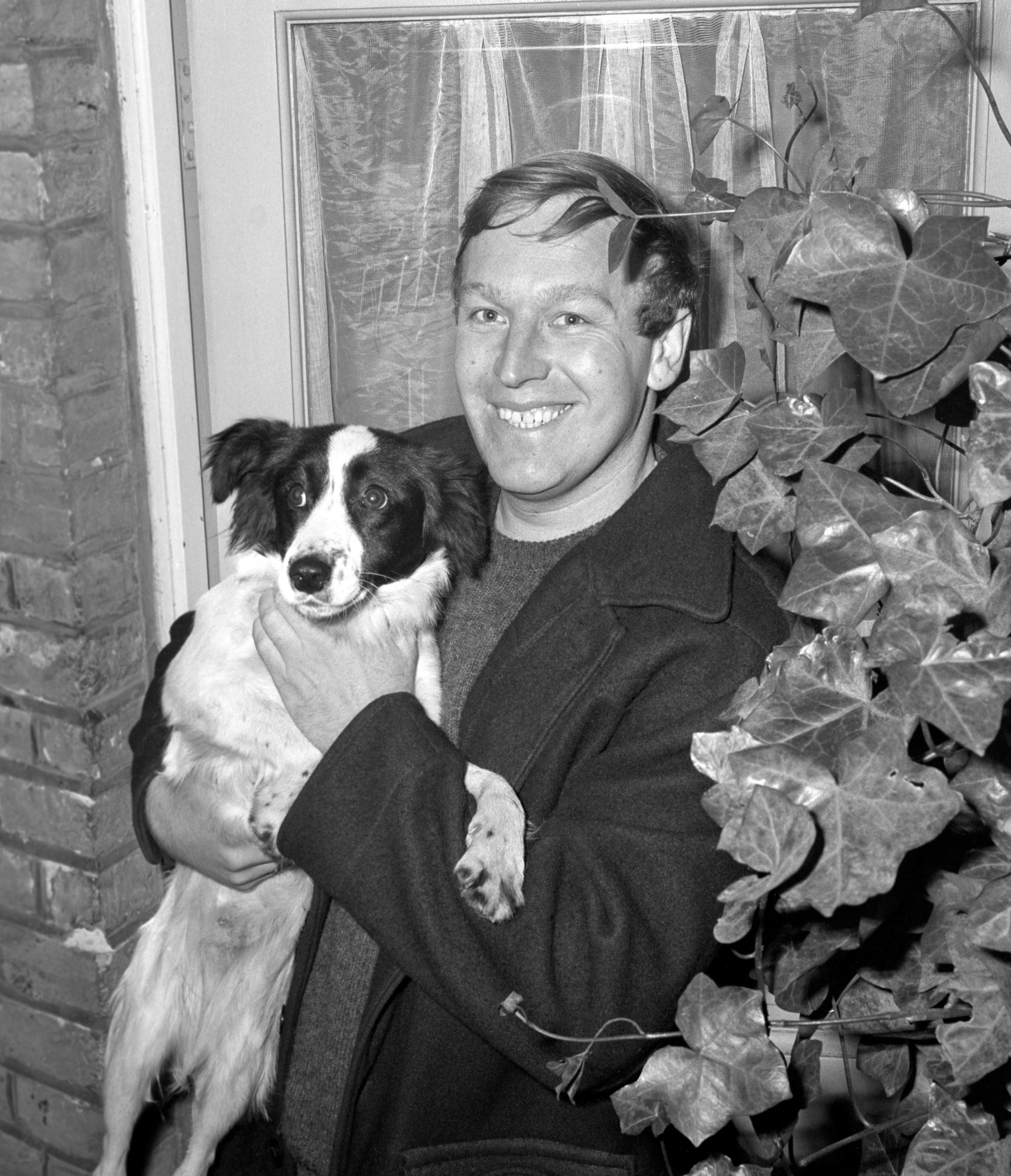 Thames boatman David Corbett with Pickles, the collie who found the newspaper-wrapped cup under a bush in his owner’s front garden in South LondonCredit: PA:Press Association

Two thieves broke into the first-floor hall, where the cup was on display, and the theft was discovered just after noon.

With 11 days until the General Election, Harold Wilson, who believed a successful World Cup tournament could rescue the ailing Pound, told Home Secretary Roy Jenkins to call in the Yard’s top brass.

There were two witnesses. Churchgoing Margaret Coombes spotted Betchley on the first floor at 11am and picked him out at an identity parade following his arrest.

One of the guards, Frank Hudson, spotted a second man loitering near where the World Cup was on display.

The suspect was never traced, though his description bore a striking resemblance to Makowski.

The next day, the solicitor witness, who The Sun is not naming, came forward to say he had spoken to Sattin at the exhibition.

Files show married father-of-three Sattin was questioned by police and admitted being at the exhibition.

Sattin had a taste for high living, glamorous women, luxury cars and crime.

Now 81, Maureen said: “I knew nothing about him being involved with stealing the World Cup. He wasn’t even a football fan.

“After we split up he was jailed for fraud and he had been to prison before he met me but it was not something he ever spoke about. All I’d say is that if you met him you’d trust him with the world — if not the World Cup.”

As police questioned Sattin they were already moving in on Betchley, a known associate of his, who had anonymously called FA chief Joe Mears the day after the theft.

He promised to send a parcel that would “be of interest”. 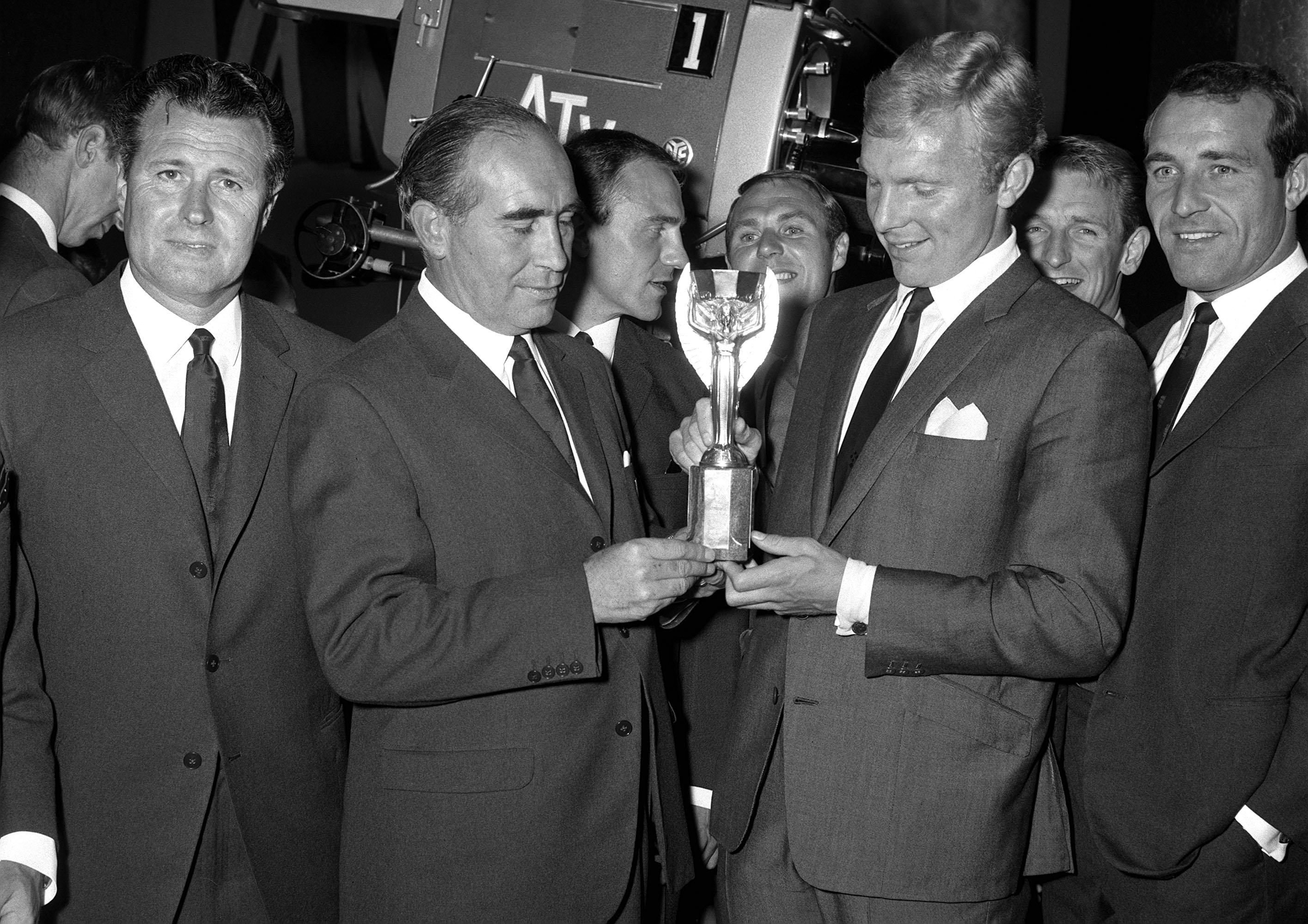 England manager Sir Alf Ramsay, captain Bobby Moore and teammates at a lunch the day after they won the trophyCredit: Getty – Contributor

Mears rang the police and Detective Inspector Jack Buggy posed as his assistant and spoke twice to the crook by phone.

DI Buggy met the crook — Betchley — at Battersea Park and showed him “bundles of cash” in a briefcase — though it was mostly scraps of paper.

Former soldier and dock labourer Betchley, 47, got in DI Buggy’s car and told him to drive, but in Camberwell he got spooked and ran. He was quickly captured by Buggy.

A search for the cup at his home proved fruitless and raids on the nearby Camberwell homes of two associates, brothers Sidney and Reginald Cugullere, drew a blank.

Relatives later said the brothers had hidden the cup in a coal shed.

He told police he had been offered £500 to act as an intermediary by “The Pole”, calling the nameless figure “one of his customers”.

Two days after his arrest, magistrates bailed Betchley on a surety of £5,000, worth £100k today.

The next day Pickles found the World Cup wrapped in newspaper in the front garden of a house in Beulah Hill, Upper Norwood, South London.

His owner, Thames barge worker David Corbett, lived in a flat at the address.

He went on to claim £6,000 in insurance rewards — six times the amount England’s players each received for winning the cup.

A memo marked “confidential” and obtained by The Sun casts a further cloud of mystery around the case. 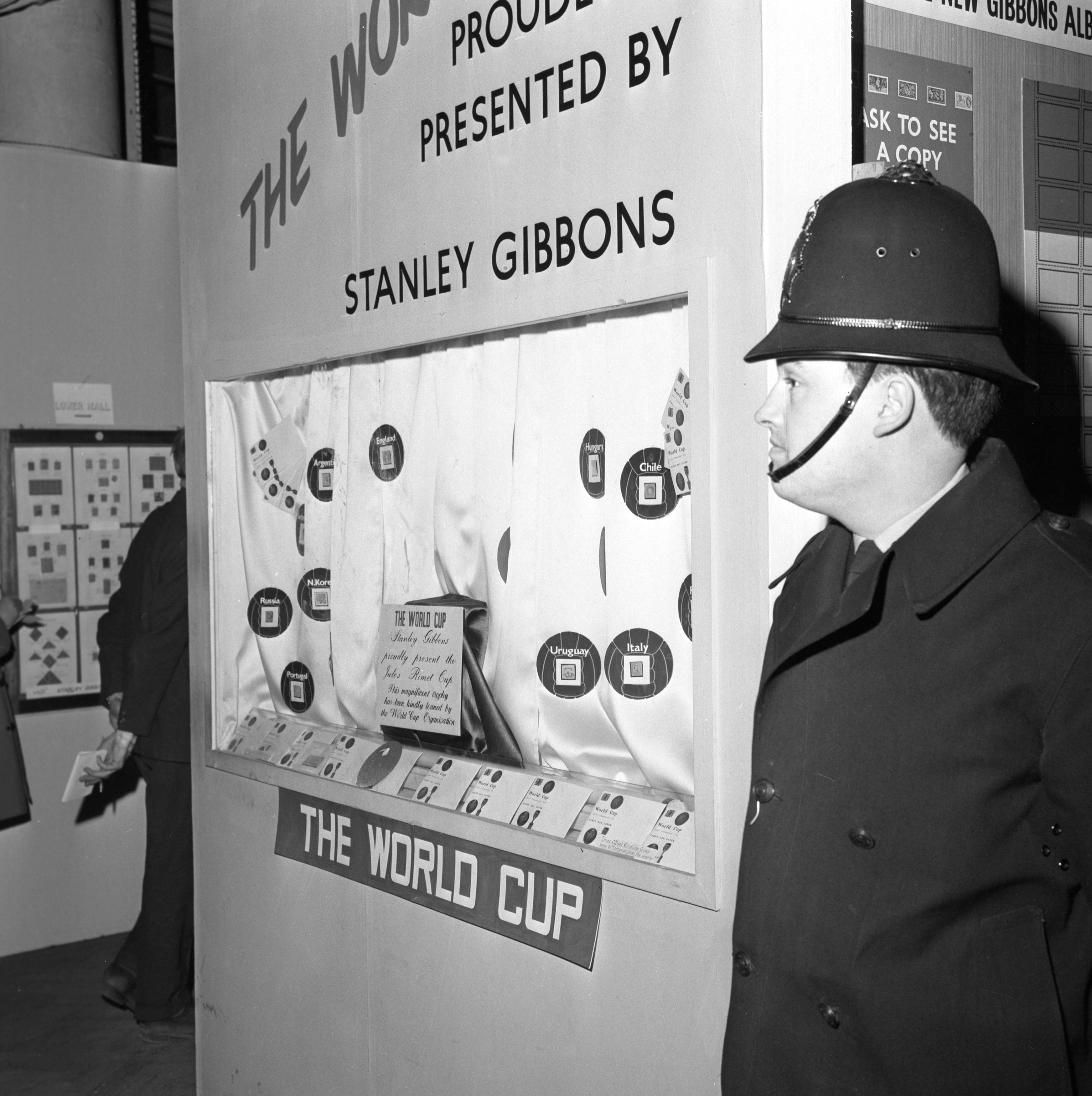 The empty display where the cup had been keptCredit: PA:Press Association 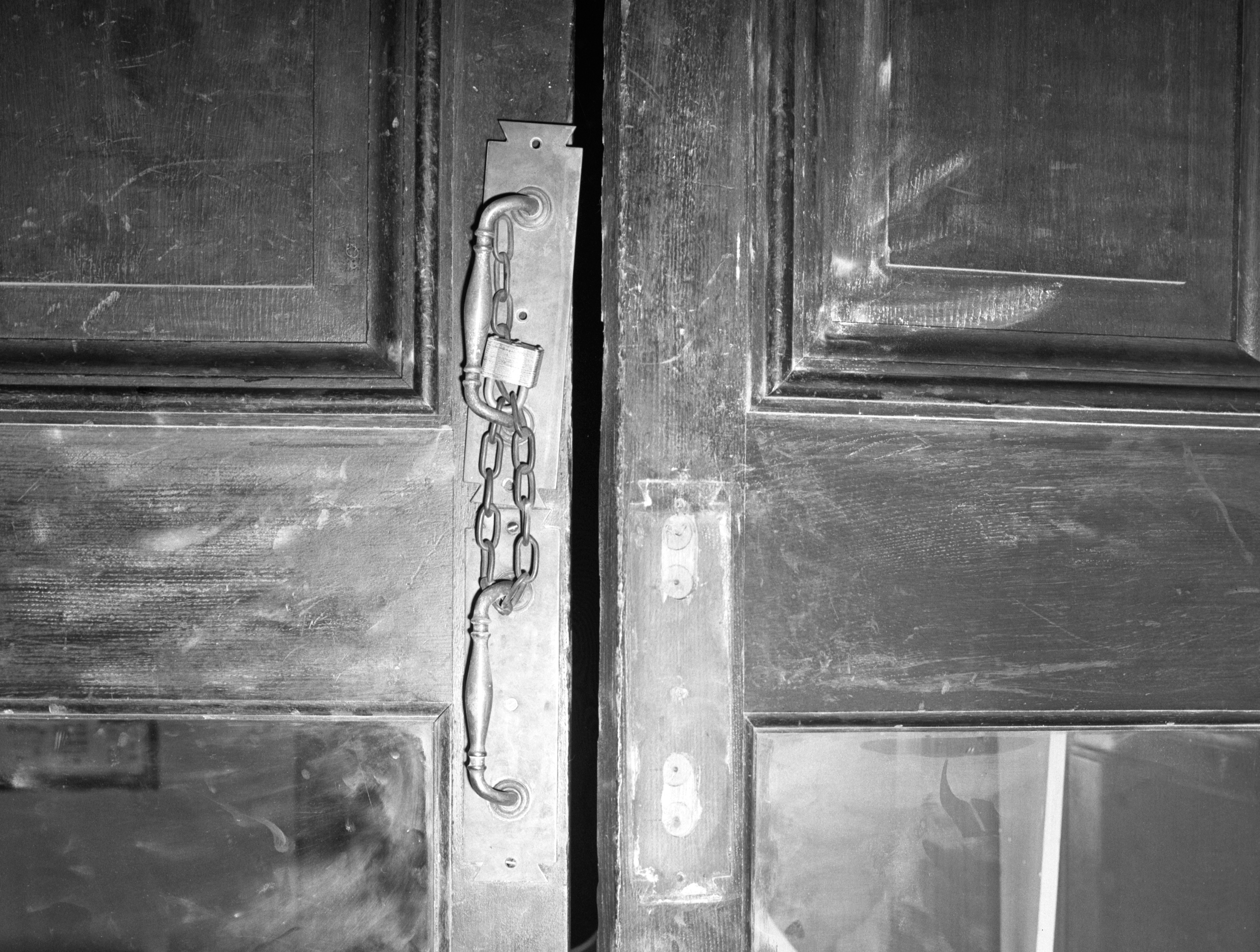 Thieves removed eight screws from a door to get into the exhibition hallCredit: PA

It stated that Harold Wilson’s PPS Michael Halls asked that an unspecified matter “be given immediate consideration . . . ” and added that it was being copied to the Director of Public Prosecutions.

Then on April 12, just over a fortnight after the cup was found, the more serious offences of theft were dropped against Betchley, despite a wealth of evidence against him.

He later admitted two counts of demanding money with menaces and was jailed for two years.

Police took no further action in the case.

Ex-Flying Squad chief Mr O’Connor said: “This new information strongly suggests Sattin, Makowski, Betchley the thief and other associates were all in it together.

“Sattin planned it and used Betchley as a professional thief, probably by going through Makowski. It was a murky old world in those days and it doesn’t get much murkier than this.

“There was clearly a deal with Betchley and the police agreed by the DPP and which went through Harold Wilson’s private secretary.

“We were being embarrassed by these criminals in front of the world and they would have done anything to get the cup back. It would have soured the whole World Cup tournament if the trophy had not been found.”

The trophy went back to Brazil in 1970 when they won the World Cup in Mexico.

As three-times winners, they got to keep it permanently — though it was stolen again in 1983 and has never been found. Its replacement, the Fifa World Cup Trophy, has been awarded ever since.

After it was pinched in London, a replica was commissioned from London silversmith George Bird, who was sworn to secrecy.

It later emerged the bidder was a representative of the FA acting on behalf of Fifa, whose secretary Sepp Blatter authorised the purchase at any price.

The copy was later given to the National Football Museum in Manchester, where it remains on display. 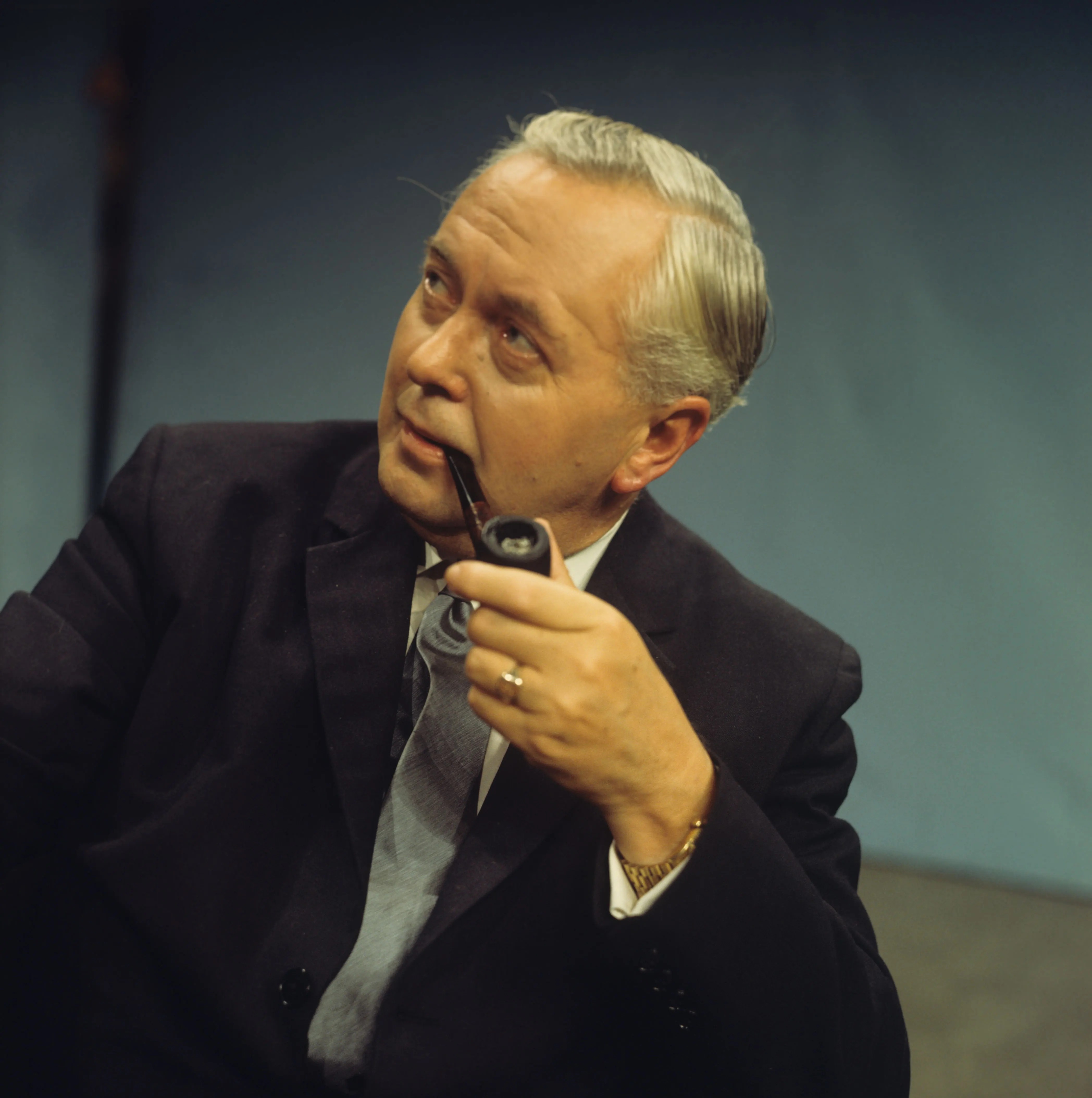 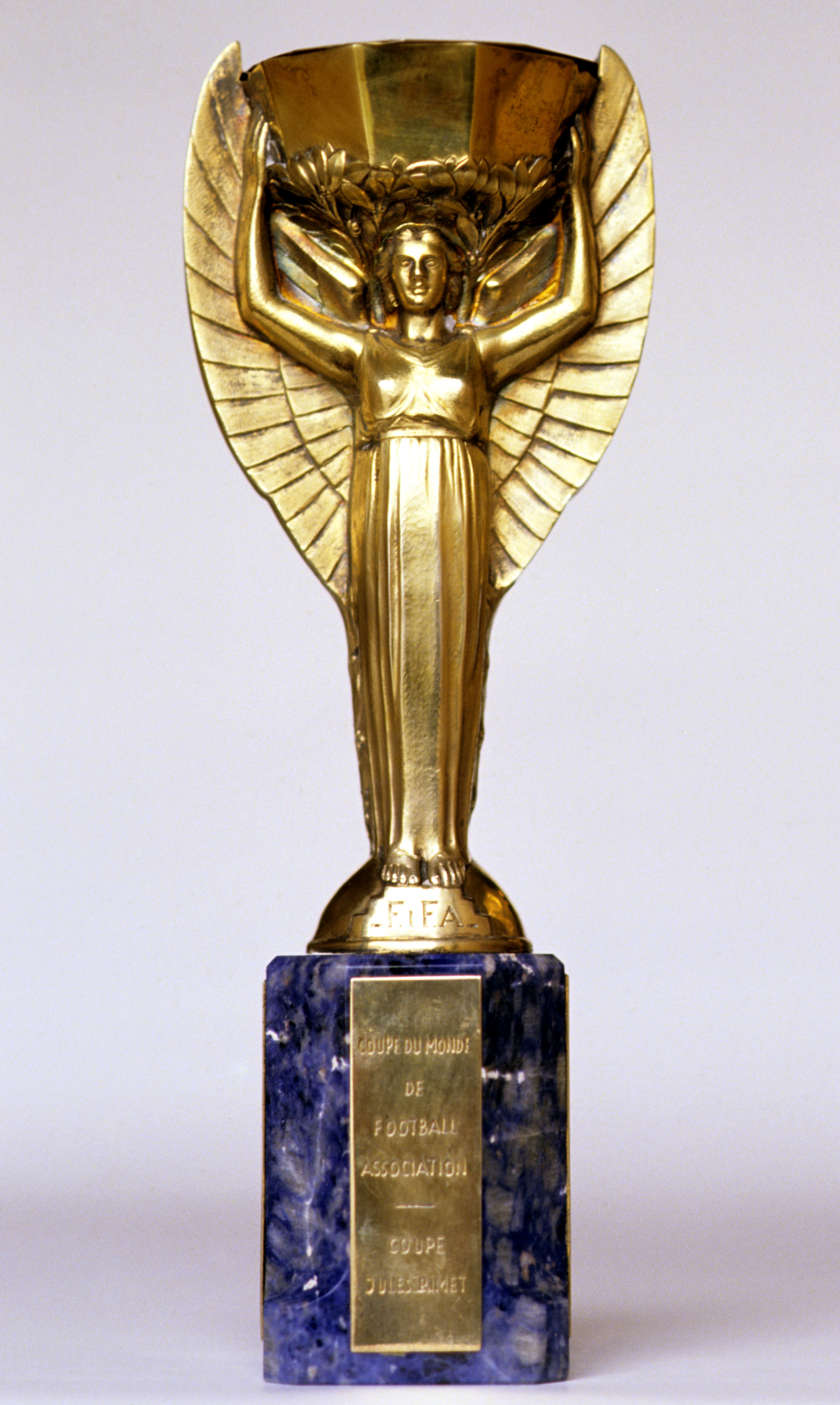 The 14in, gold-plated Jules Rimet trophy of the winged goddess Nike arrived in London under tight security on January 5, 1966Credit: PA:Empics Sport