A SKINNY dipper made the most of the 24C sunshine this afternoon before widespread heavy rain, floods and power cuts.

The starkers swimmer made a splash while fellow beachgoers packed the sand to soak up the last of the rays before Britain is bashed by a deluge of severe weather tomorrow. 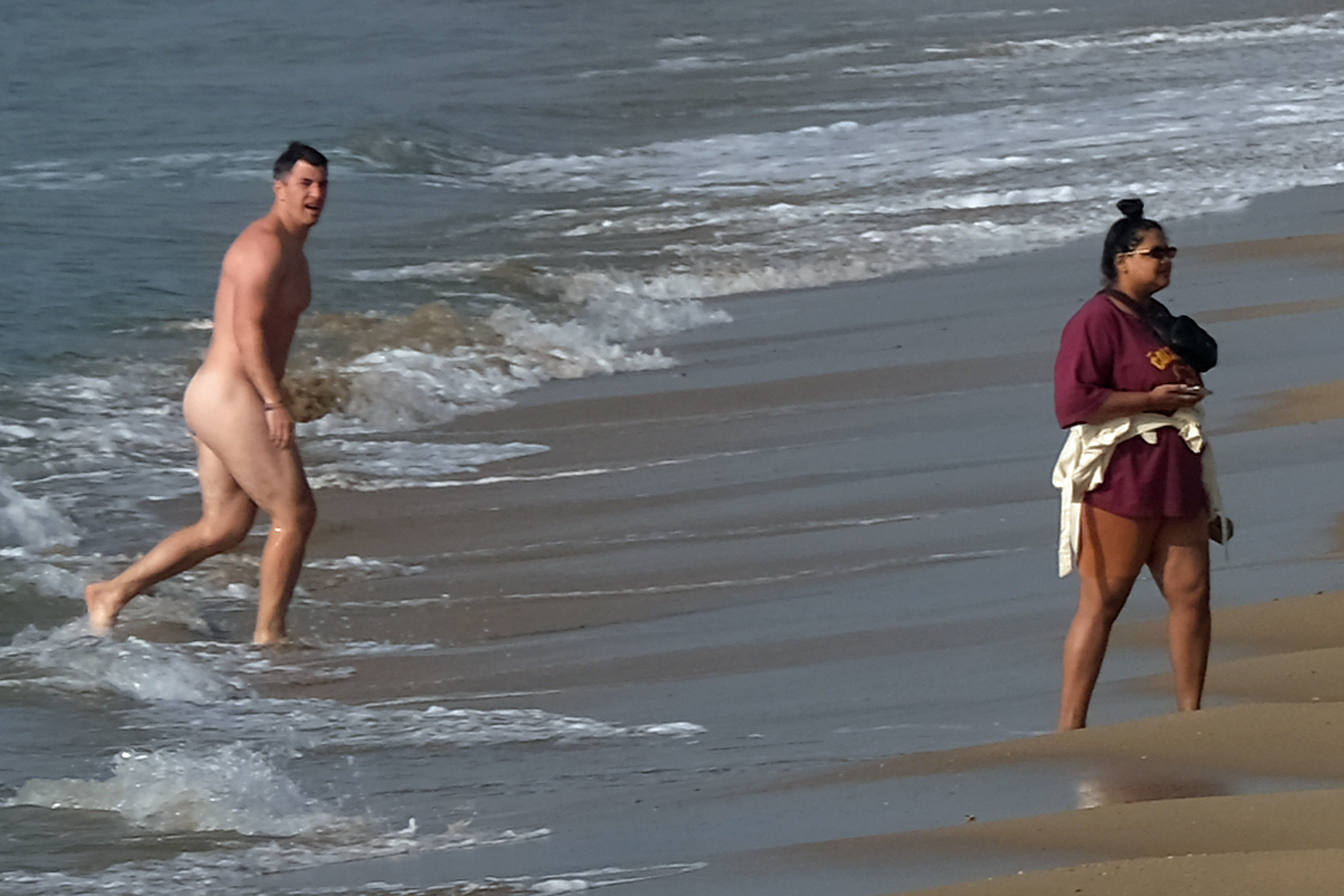 A skinny dipper after a swim in Bournemouth, DorsetCredit: w8media 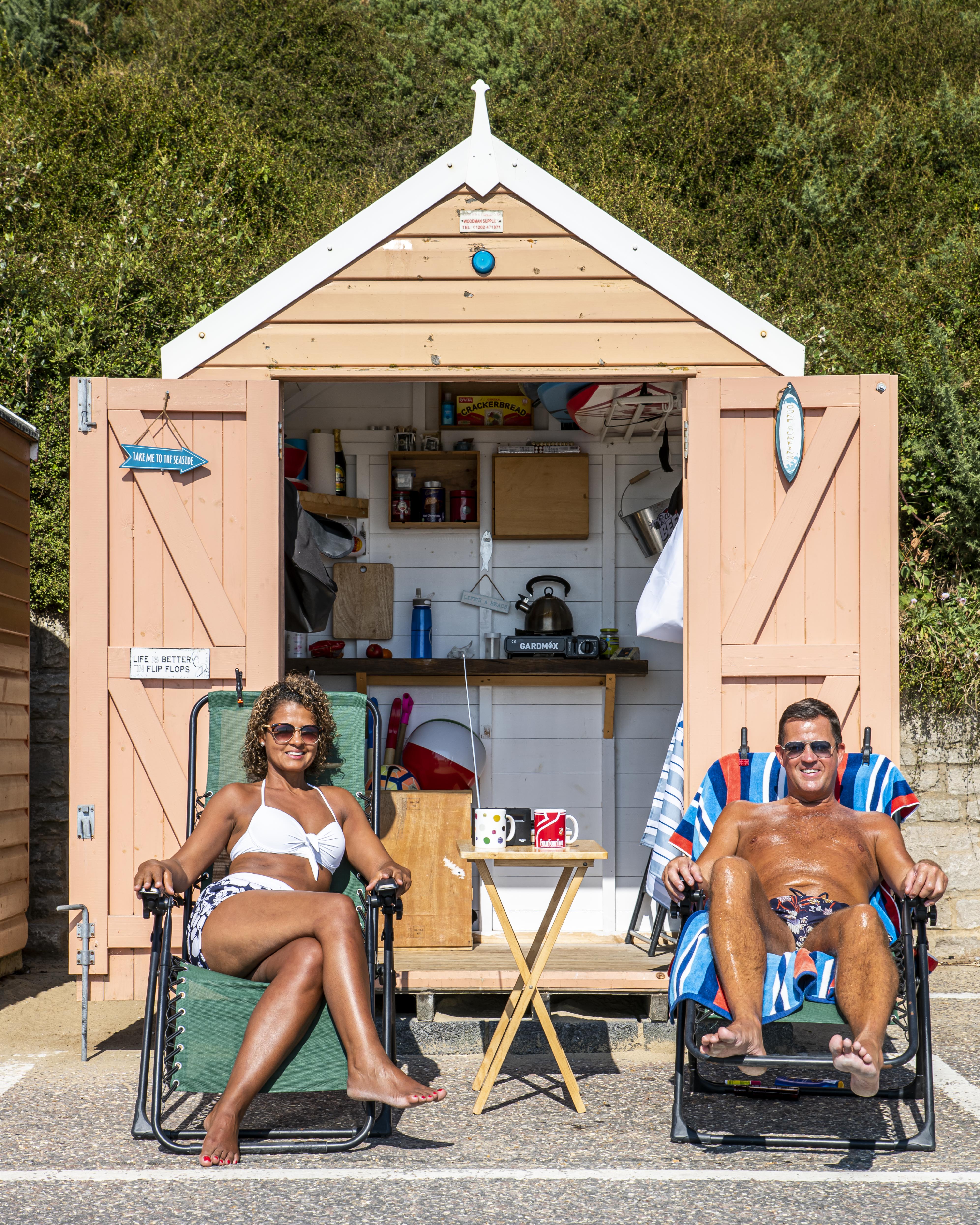 Suely Silva and Stuart Henderson outside their beach hut in Bournemouth, DorsetCredit: BNPS 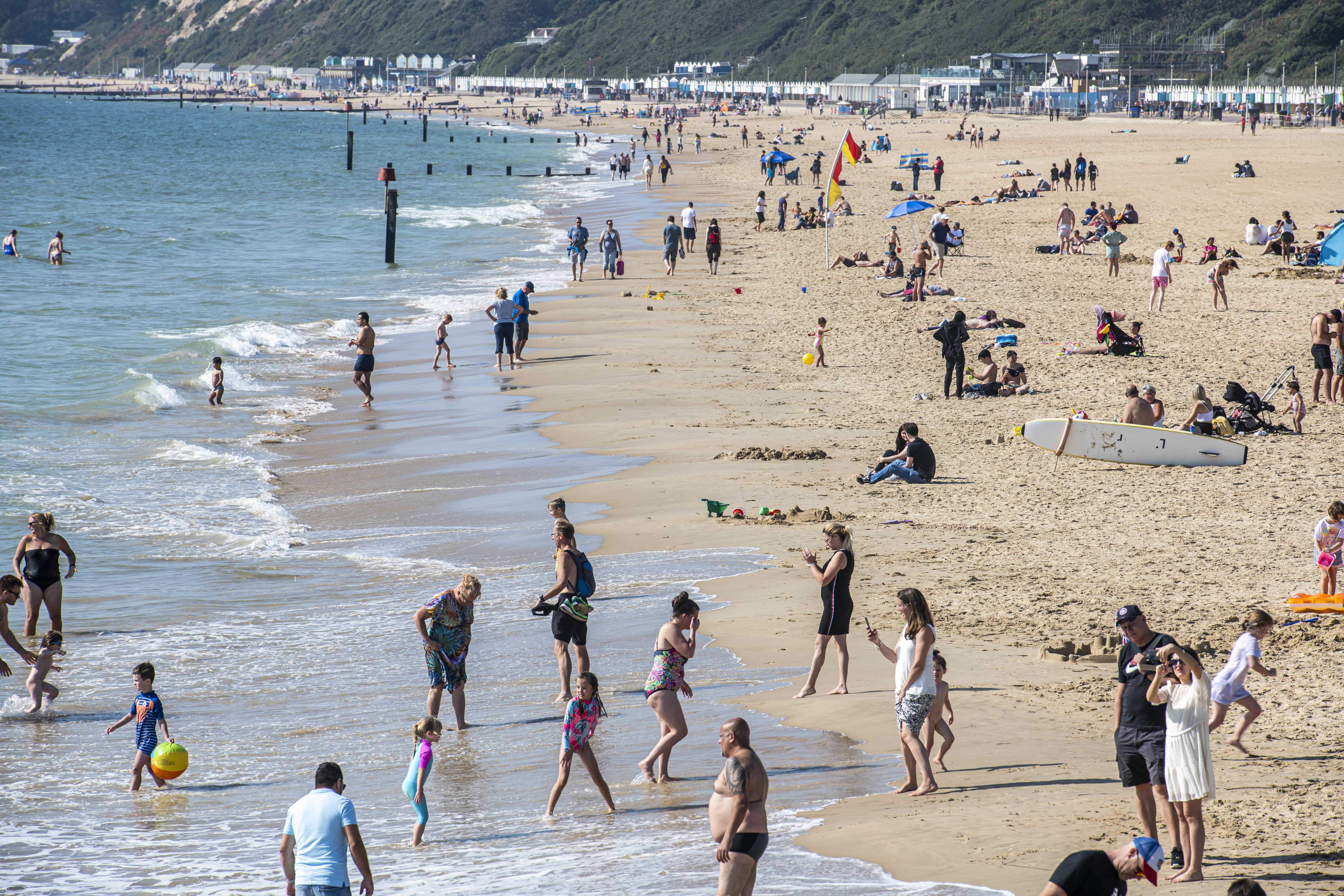 People enjoying themselves in the sunshine on maybe the last day of summer weatherCredit: BNPS

The man was one of many enjoying a Saturday on the coast during summer’s last blast.

Crowds packed onto the pebbles in Brighton, East Sussex, while others went for a dip in Bournemouth, Dorset.

Temperatures are set to hit highs of 24C in the south east today, making it even warmer than Porto, Portugal, where it will struggle to surpass 21C.

It will also be hotter than the 22C in rainy Bilbao, Spain, before feeling more autumnal during tomorrow’s September torrent.

Downpours are expected on Sunday as two inches of rain is set to fall in a “short time,” the Met Office has warned.

A yellow weather warning is in place for the eastern side of the country, with “heavy showers” to come.

There is a risk of localised flooding and travel disruption, as well as power cuts and loss of other services to some homes and businesses.

A Met Office forecaster said: “A band of rain and heavy, thundery showers will slowly drift east through Sunday before becoming slow-moving over the highlighted area later in the day.

“Where these showers become slow-moving, 30 to 40mm of rain could fall in a relatively short time leading to surface water flooding and transport disruption.”

The weather warning is in place for the majority of East England, covering as far north as Newcastle reaching down to the south coast.

Met Office forecaster Alex Deakin said “The main three weather elements will be foggy conditions in the mornings, some heavy showers around – in fact, some big downpours are likely, but by no means for everyone – and there will be some warm sunshine around also.

“Basically, we’re expecting a bit more cloud on Sunday and a greater chance of seeing some heavy showers.

“Some big downpours are possible. A lot of rain could fall in a relatively short space of time.”

However, there is a chance the sunshine could return next week.

Temperatures have been significantly warmer than normal for the first half of September, averaging almost three degrees above the long-term average for the month.

And it could continue, with “fine” conditions and “sunny spells” expected from Monday. 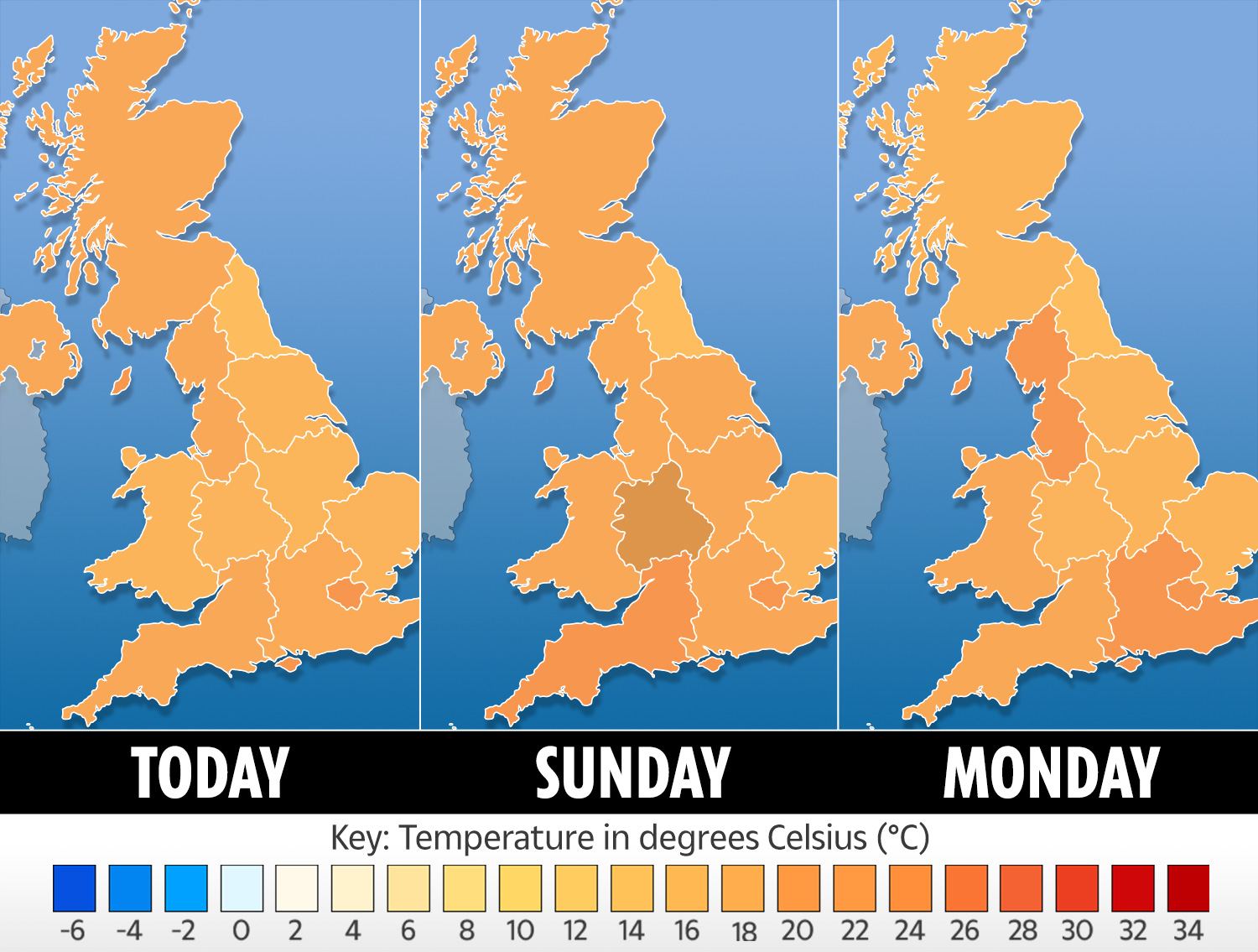 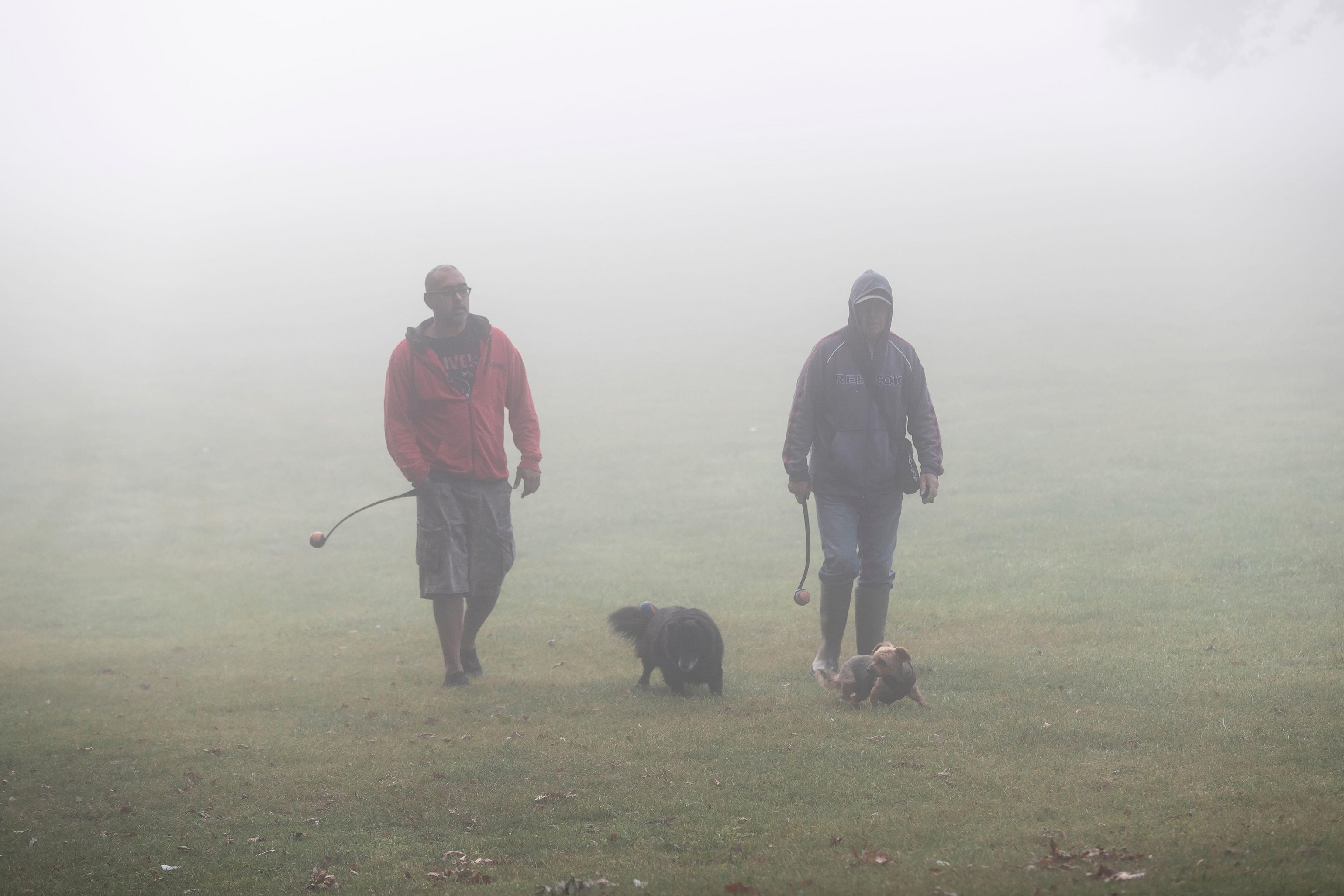 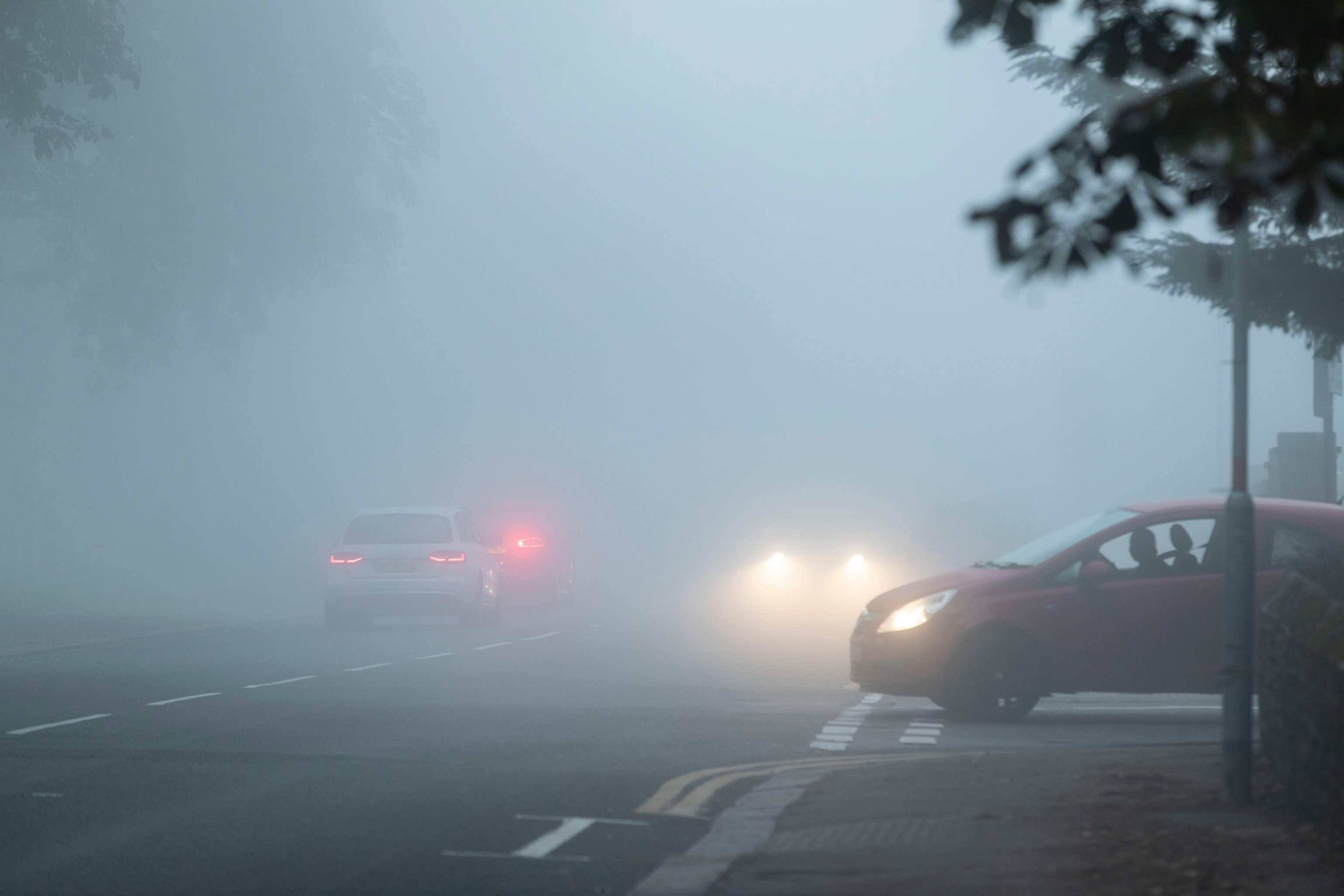 Heavy rain and flooding is on the way on SundayCredit: Alamy 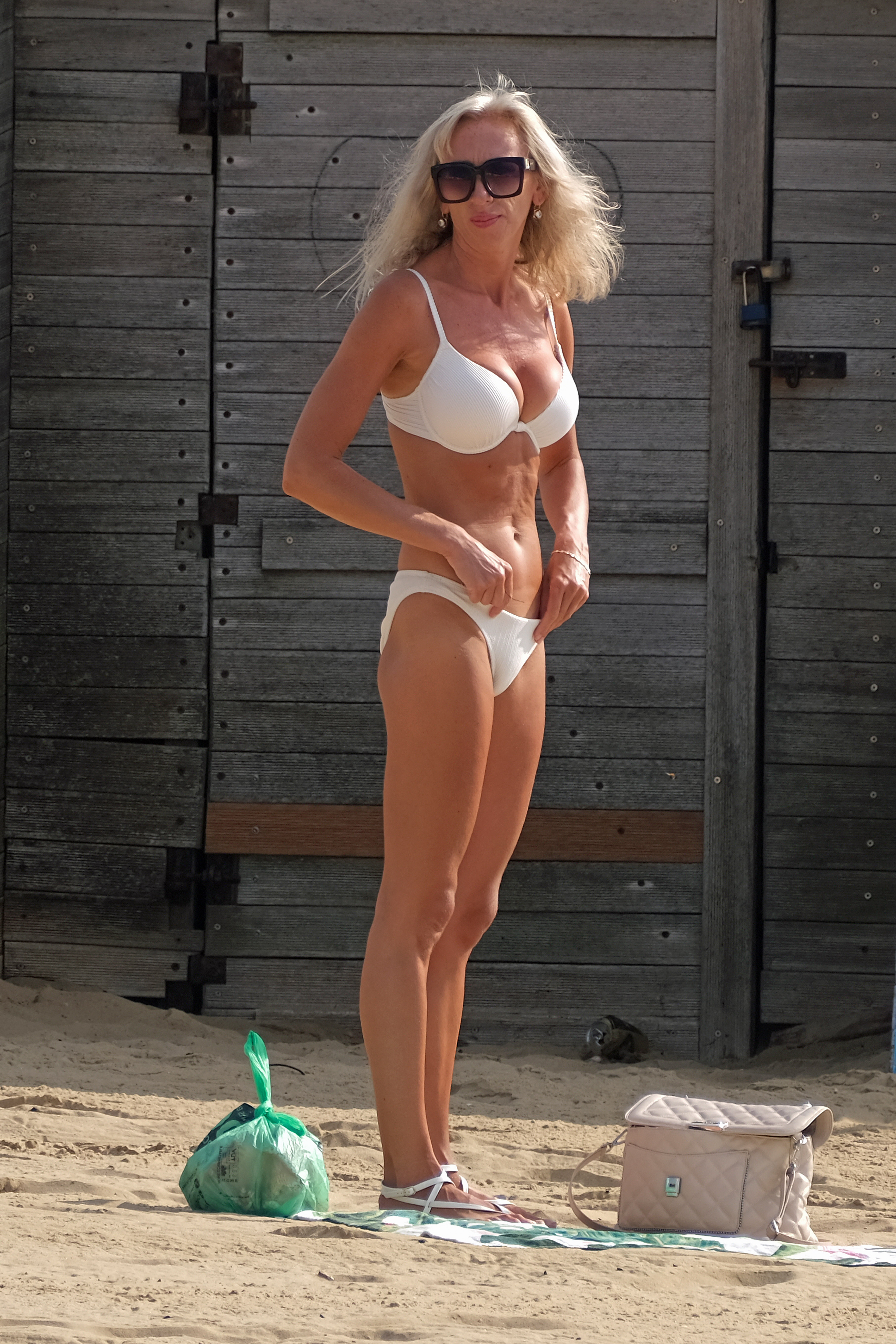 Temperatures will reach highs of 24C in the south east todayCredit: w8media 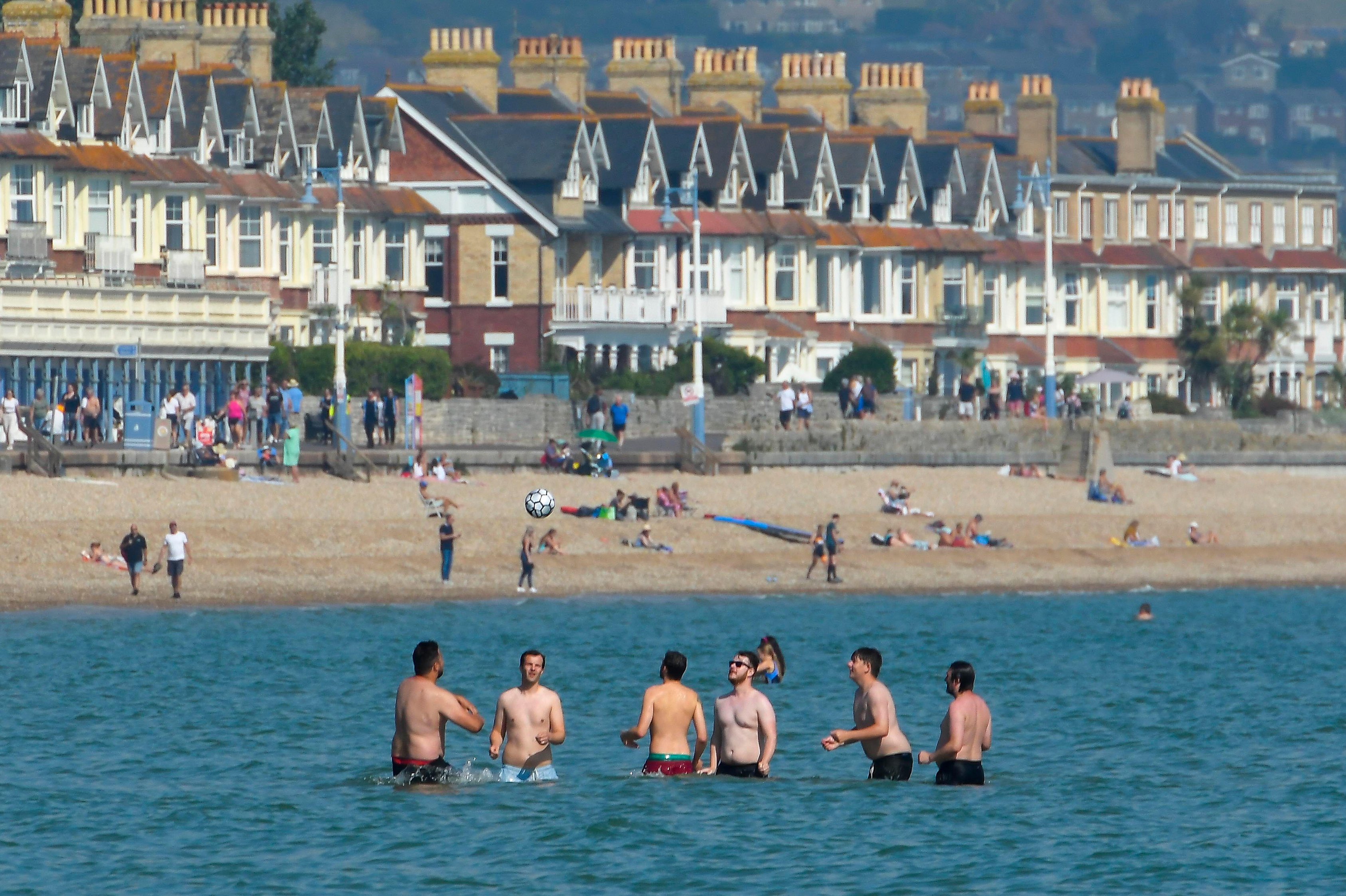 Swimmers playing with a ball in the calm sea in Weymouth in DorsetCredit: Alamy 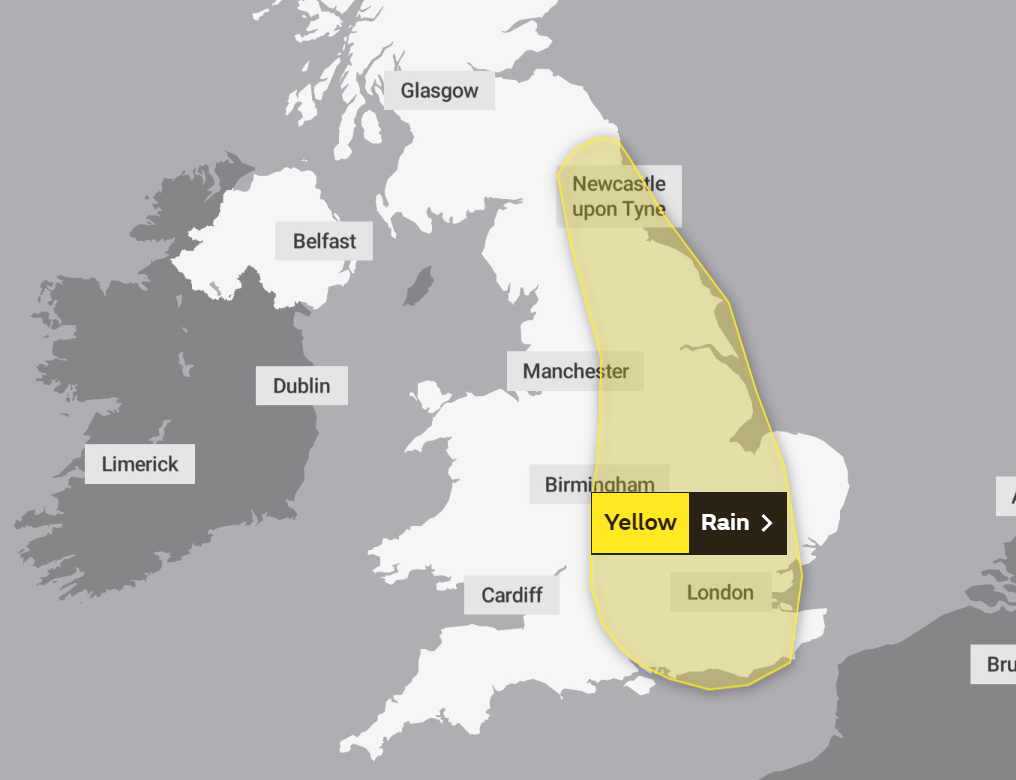 A yellow weather warning for rain is in place on SundayCredit: Met Office 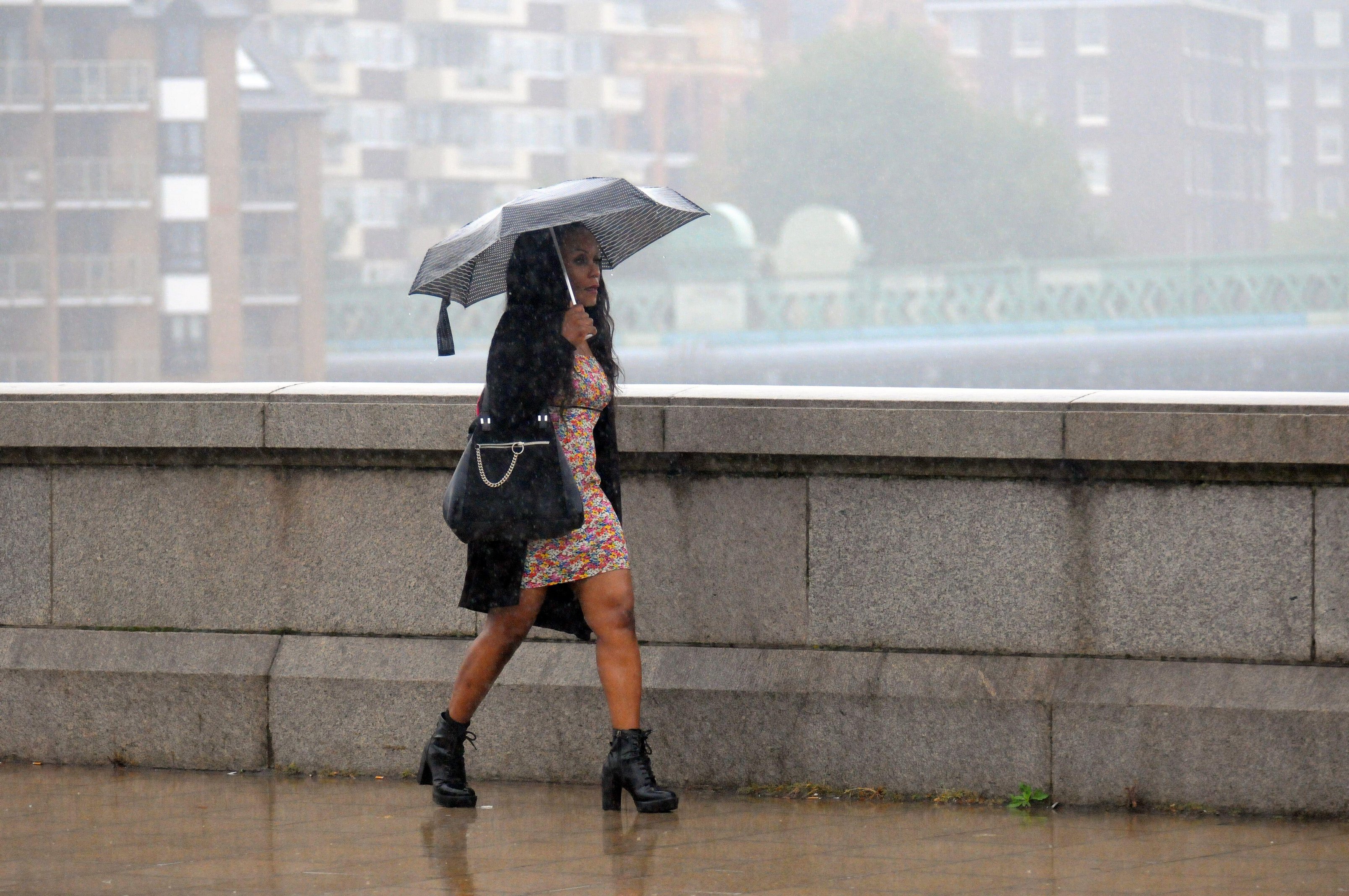