BRITAIN has “more than enough” Pfizer and Moderna vaccines to cover all under-30s and the decision to offer them an alternative to the AstraZeneca jab won’t affect the speed of the rollout, Matt Hancock declared today. 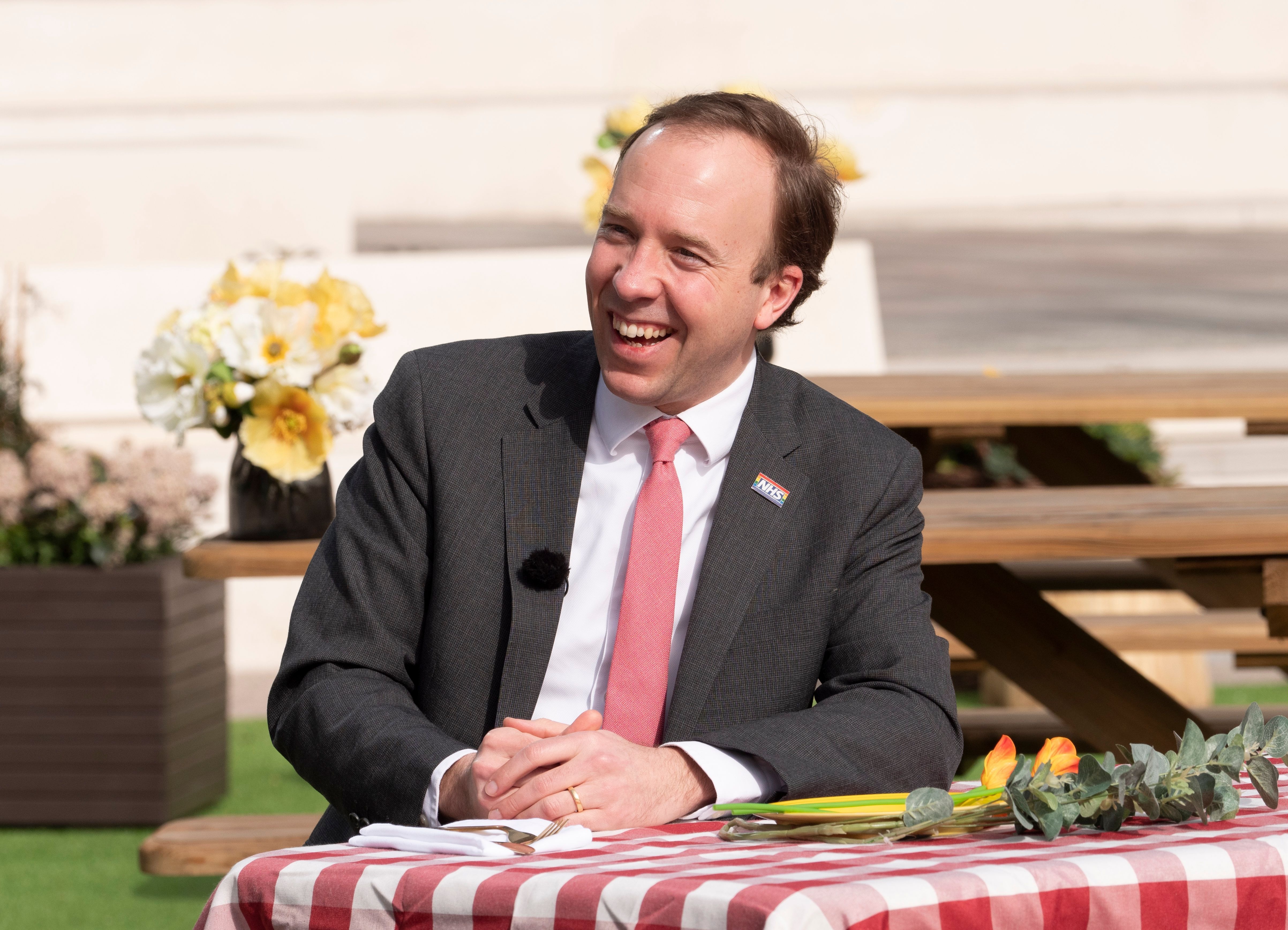 Mr Hancock said the risk of suffering such a side-effect is around four in a million – which is the same as from being killed on a long-haul flight.

The health secretary said of the just over 10 million under-30s, 1.6 million have already had their first jab.

He added there is is “no evidence” of clotting occurring after the second dose, so all of those should confidently go on to take it.

Mr Hancock said: “We have more than enough Pfizer and Moderna vaccines to cover all of the remaining 8.5 million people aged between 18 and 29 if necessary.

“It’s some time until we’ll get onto that cohort. We’ll make sure they have the option of having the Pfizer or Moderna jab if they want to.

“We have large numbers of jabs coming on stream. We have 40 million Pfizer jabs in production, we have 17 million Moderna jabs that are coming through.

“We’ve got more than enough jabs and we are on track to hit the target that we’ve set that we will ensure every adult in the UK is offered the jab by the end of July.”

He added: “We are in good shape on the supply of future vaccines and we have the great news the we started the rollout of the Moderna vaccine.

“You can see and be reassured by the fact we’re taking an abundance of caution and we’re making sure we roll this out in the safest way possible.

“I hope from the approach we’re taking that people can have confidence in getting the jab because we know that its safe and we know that its effective and getting this pandemic under control here in this country, which is what we all want to see because that is the road back to normal.”

Mr Hancock praised Brits for the “amazing level of take up” of the jab and said medical experts are united in recommending people continue getting vaccinated to protect themselves and others.

He said: “We’ve seen the vaccine is working, its breaking the link between cases and deaths.

“The number of people dying from Covid dropped again just over the last nine days and is down 98% from the peak.

“So people can take confidence we have a system where were extremely careful on the safety front, but that the rollout is progressing at pace so when you get the call get the jab.”