UNEARTHED tweets and video show impeachment managers in the trial against Donald Trump using the words “fight like hell” to speak to their supporters.

The phrase plays a key role in Trump‘s second impeachment trial, as Democrats say the former president used similar language to incite the January 6 attack on the Capitol. 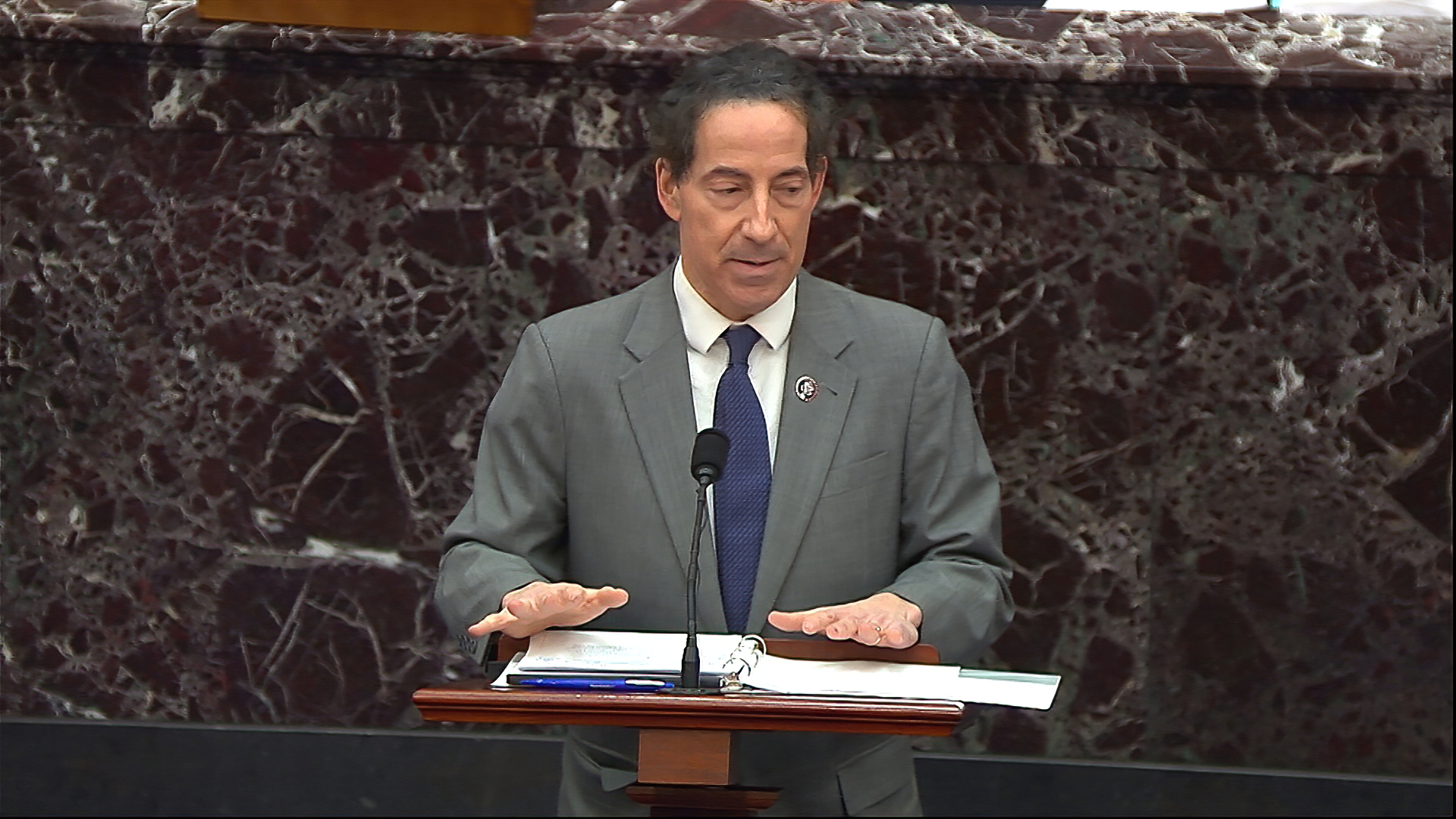 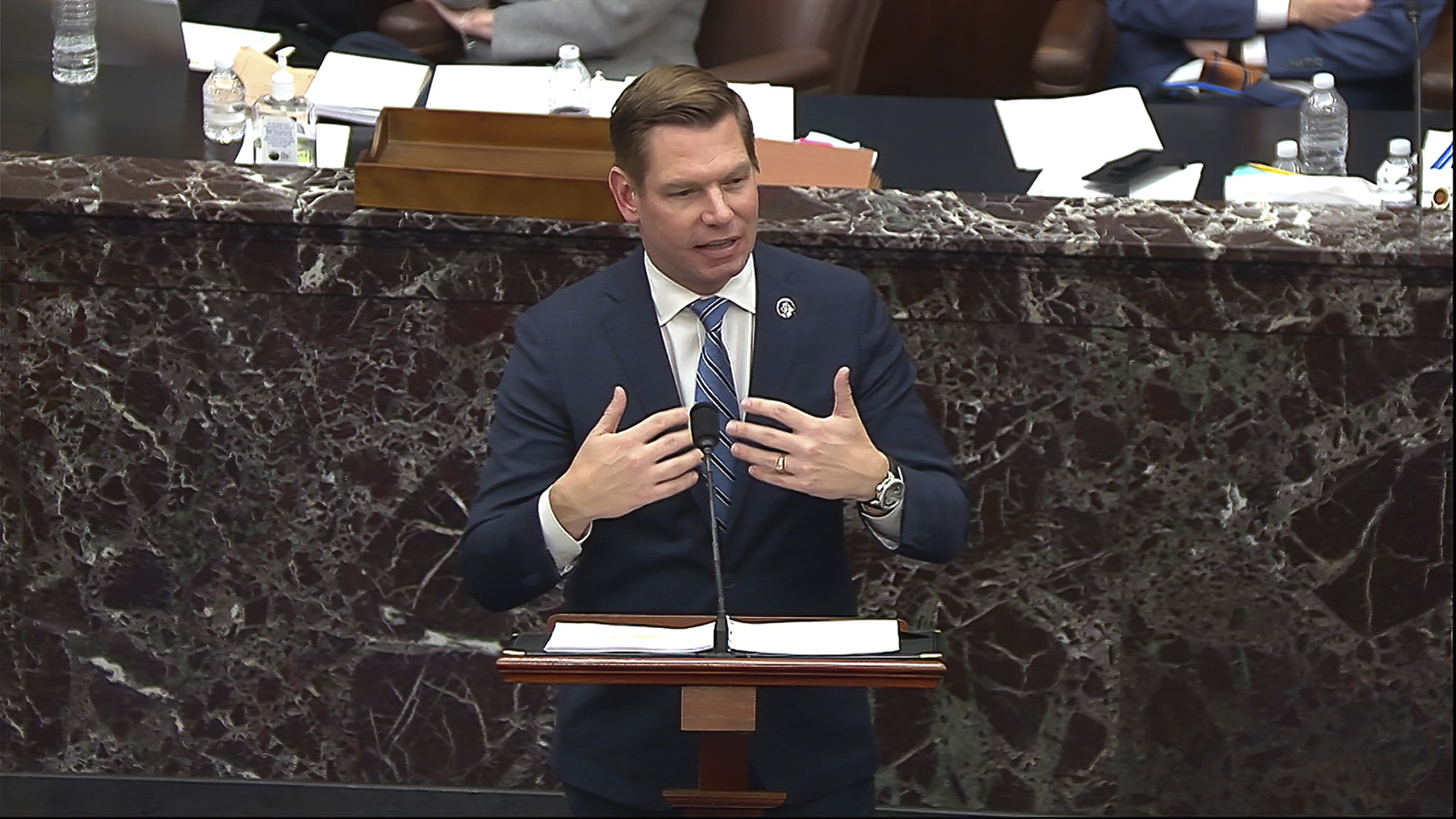 Rep Swalwell used the phrase during a 2019 interview with CNNCredit: AP:Associated Press

Pro-Trump PAC Save America unearthed a video of California Rep Eric Swalwell and old tweets from Maryland Rep Jamie Raskin using the same language Trump used in his speech before the deadly riot.

Both Swalwell and Raskin spoke on the second day of Trump’s impeachment trial on Wednesday.

Raskin’s unearthed tweets were from September 2020, after the passing of Supreme Court Justice Ruth Bader Ginsburg.

“The GOP rush to replace Justice Ginsburg is all about destroying the Affordable Care Act, women’s health care and reproductive freedom, and the voting rights and civil rights of the people,” Raskin wrote.

“We must fight like hell to stop this assault on health care and the Constitution.” 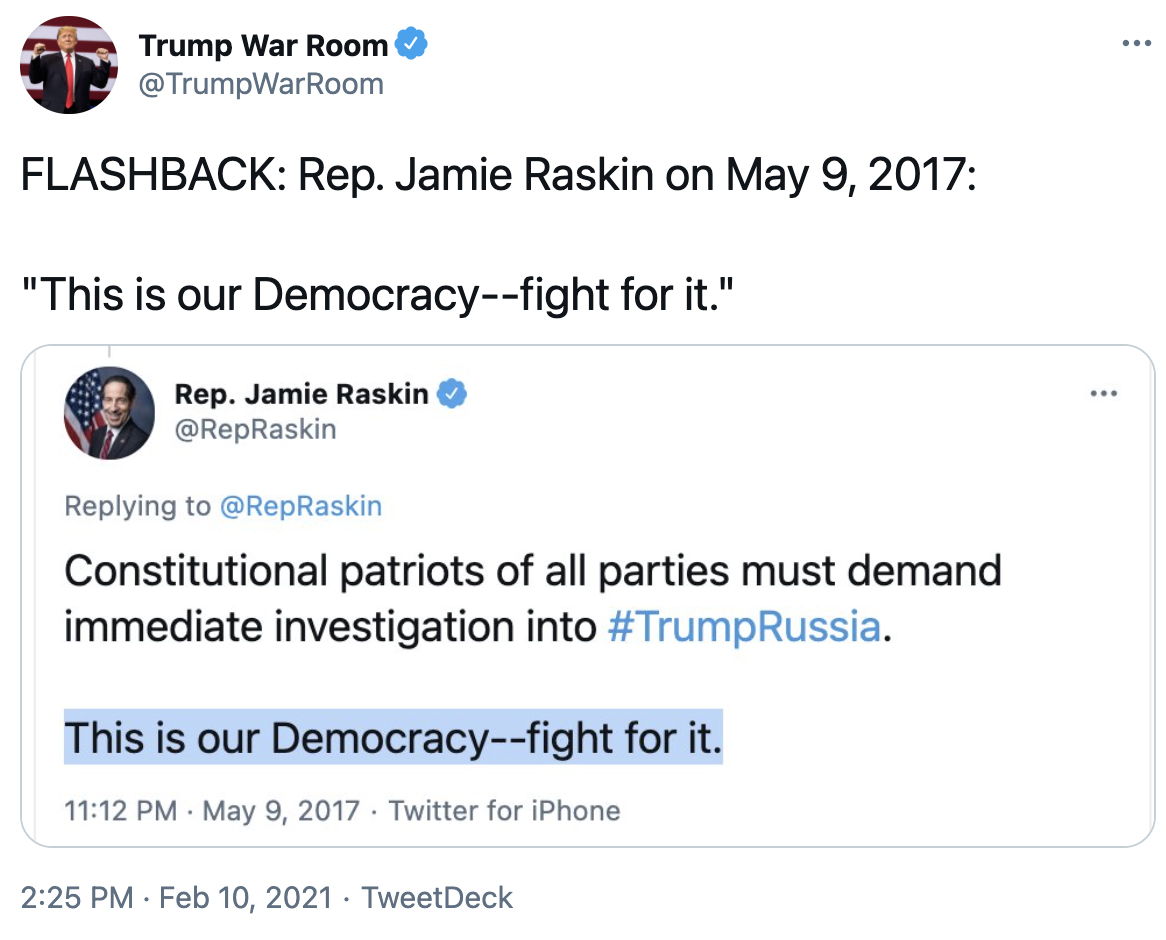 Swalwell used the phrase as well in a 2019 interview with CNN, where he said he would “fight like hell” to make sure the American people saw Robert Mueller’s report into Russian interference in the 2016 election.

Democratic lawmakers have repeatedly cited Trump’s use of words like “fight” to incite his supporters to violently attempt to block Congress from certifying Joe Biden as the winner of the 2020 presidential election.

Speaking at the trial on Wednesday, Pennsylvania Rep Madeleine Dean said that Trump’s words were “not only words of aggression, these are words of insurrection.”

“Because the truth is, this attack never would have happened but for Donald Trump, and so they came, draped in Trump’s flag, and used our flag – the American flag – to batter and bludgeon.” 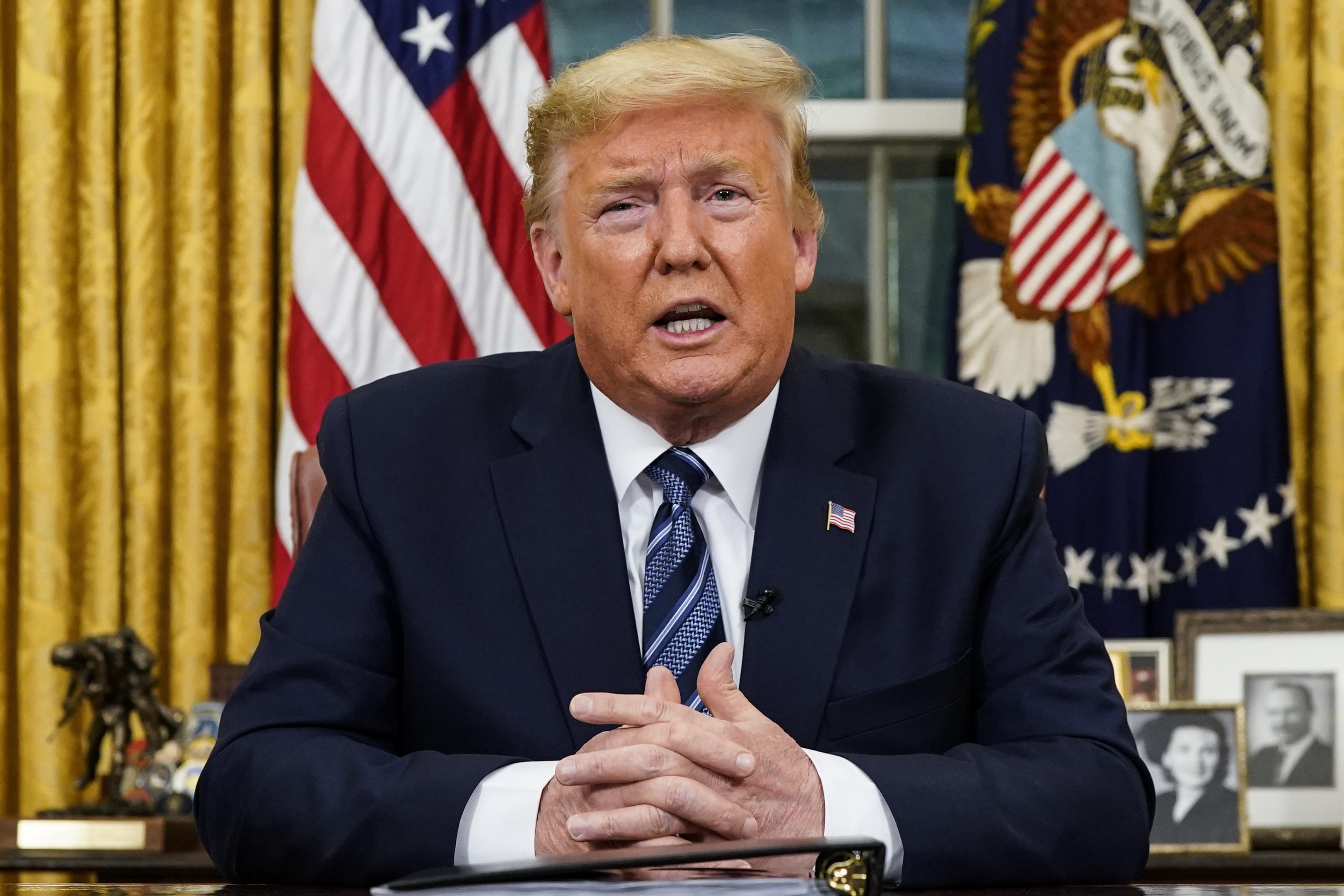 Trump’s specific language has been a big part of the trial against himCredit: AP:Associated Press

Colorado Rep Joe Neguse said that the former president’s repeated claims that the election was stolen and that his supporters should not “surrender,” led to the attack on the Capitol.

Neguse played videos of Trump telling his supporters that, “We will never, ever surrender,” and “will fight like hell.”

“He didn’t just tell them to fight like hell,” Neguse said. “He told them how, when and where.”

He blamed the former president for assembling, summoning and inciting the mob with his repeated claims of an unfair and “stolen” election.

One clip showed the moment rioter Ashli Babbitt was shot dead by a police officer as she attempted to climb through a window during the attempted coup.

TikToker Tessica Brown who put Gorilla Glue in hair flies to LA as doc says he’ll perform $12,500 op to fix it for free