TOO Hot To Handle’s Francesca Farago has shown her commitment to new girlfriend Demi Sims by getting her name tattooed on her bum.

The reality star gave a glimpse of the small inking in a sexy bikini shoot on the beach in Mexico. 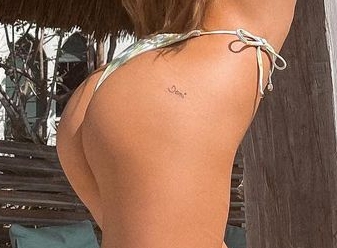 Francesca Farago has had Demi Sims’ name tattooed on her bumCredit: Instagram 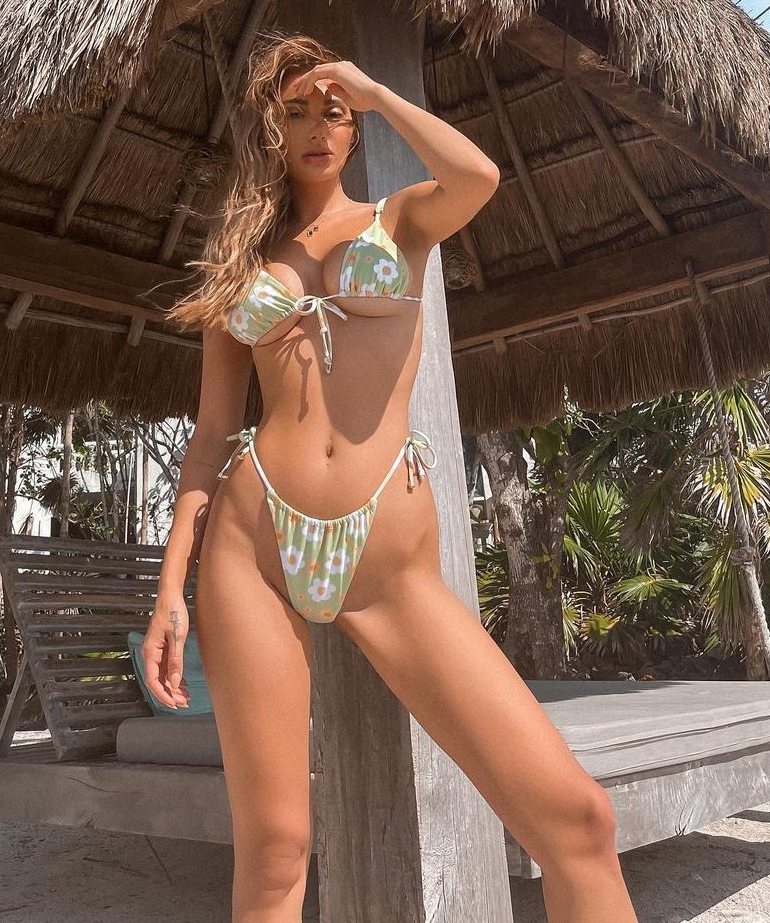 The reality star wowed in a floral bikini on the beachCredit: Instagram

The pair are holidaying in Tulum and have been keeping followers up to date with fun videos and sexy snaps.

To reveal her tattoo, Francesca slipped into floral swimwear and posed seductively against a beach hut.

She has also added Frankie’s name to her Instagram bio along with a red rose.

Last week the smitten couple were told to “get a room” after snogging in a bar.

They couldn’t keep their hands off each other as they danced and kissed on their boozy night out. 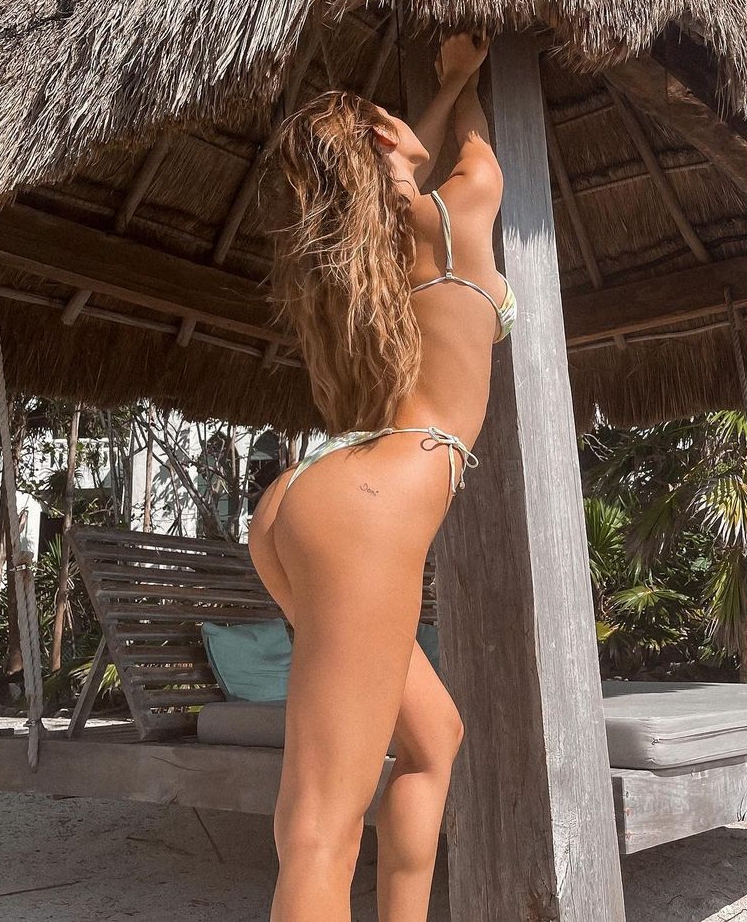 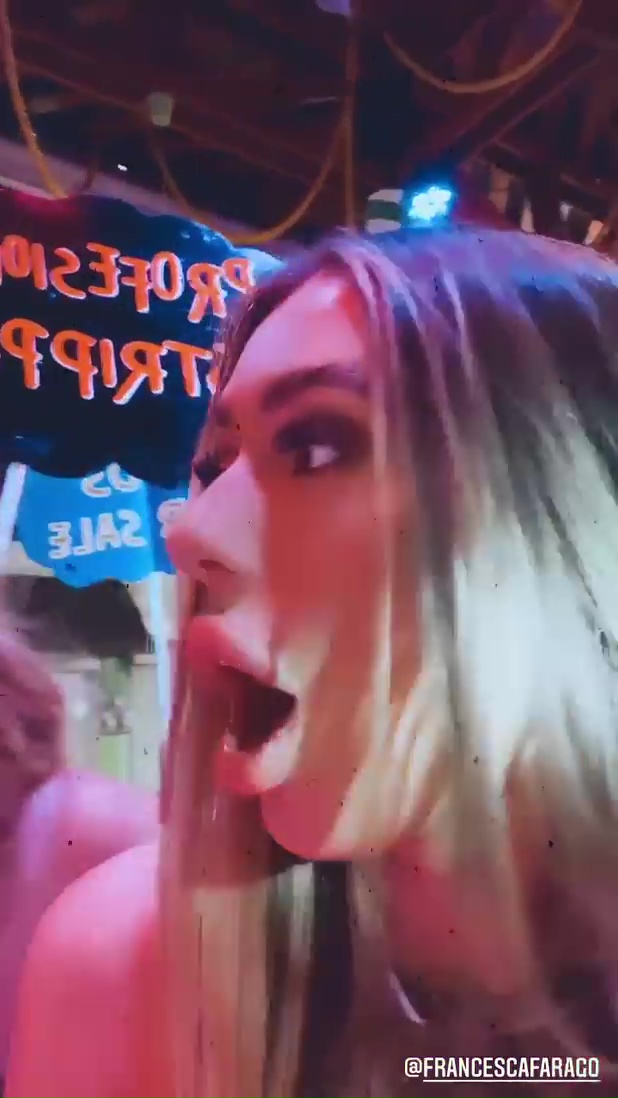 Last week Demi Sims feigned surprise when she was told to ‘get a room’ with her girlfriendCredit: Instagram 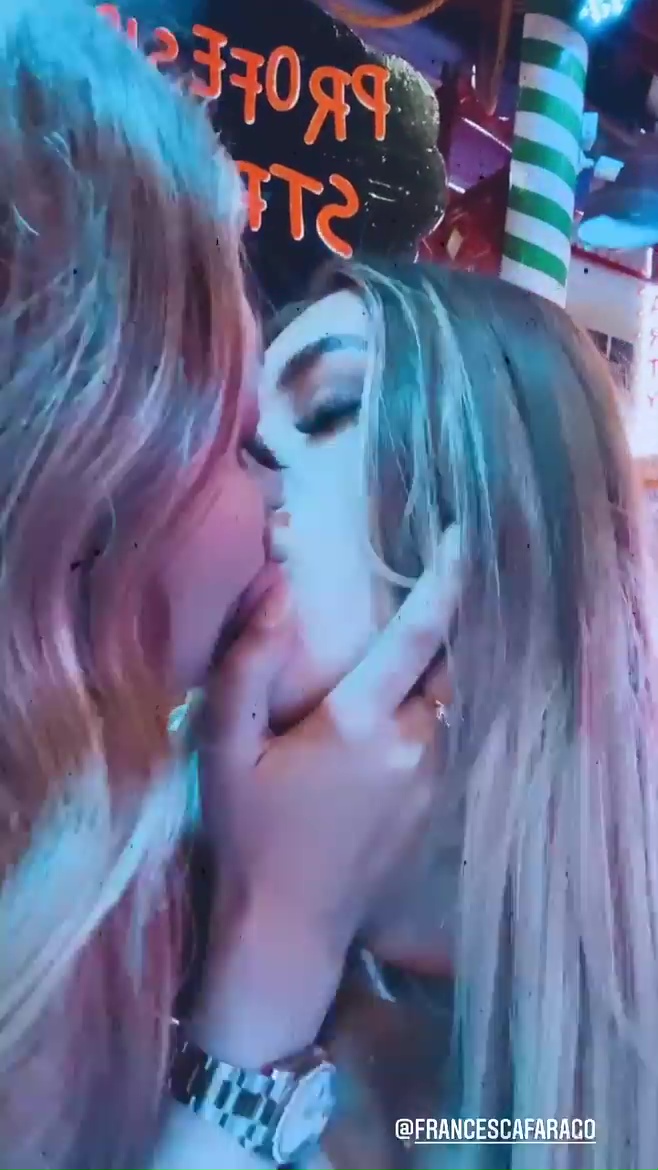 Demi and Francesca Farago snogged on holiday in MexicoCredit: Instagram

Filming themselves on Instagram, Demi asked her other half: “Baby, do you love me? How much? She loves me.”

All the while the pair kissed passionately on the lips.

One of their friends seemed to chirp in: “Get a room.”

It was met with feigned shock by Demi, who responded: “We will. We’re gonna get a room, oh baby.”

The previous night the couple shared a kiss after a romantic beachside dinner. 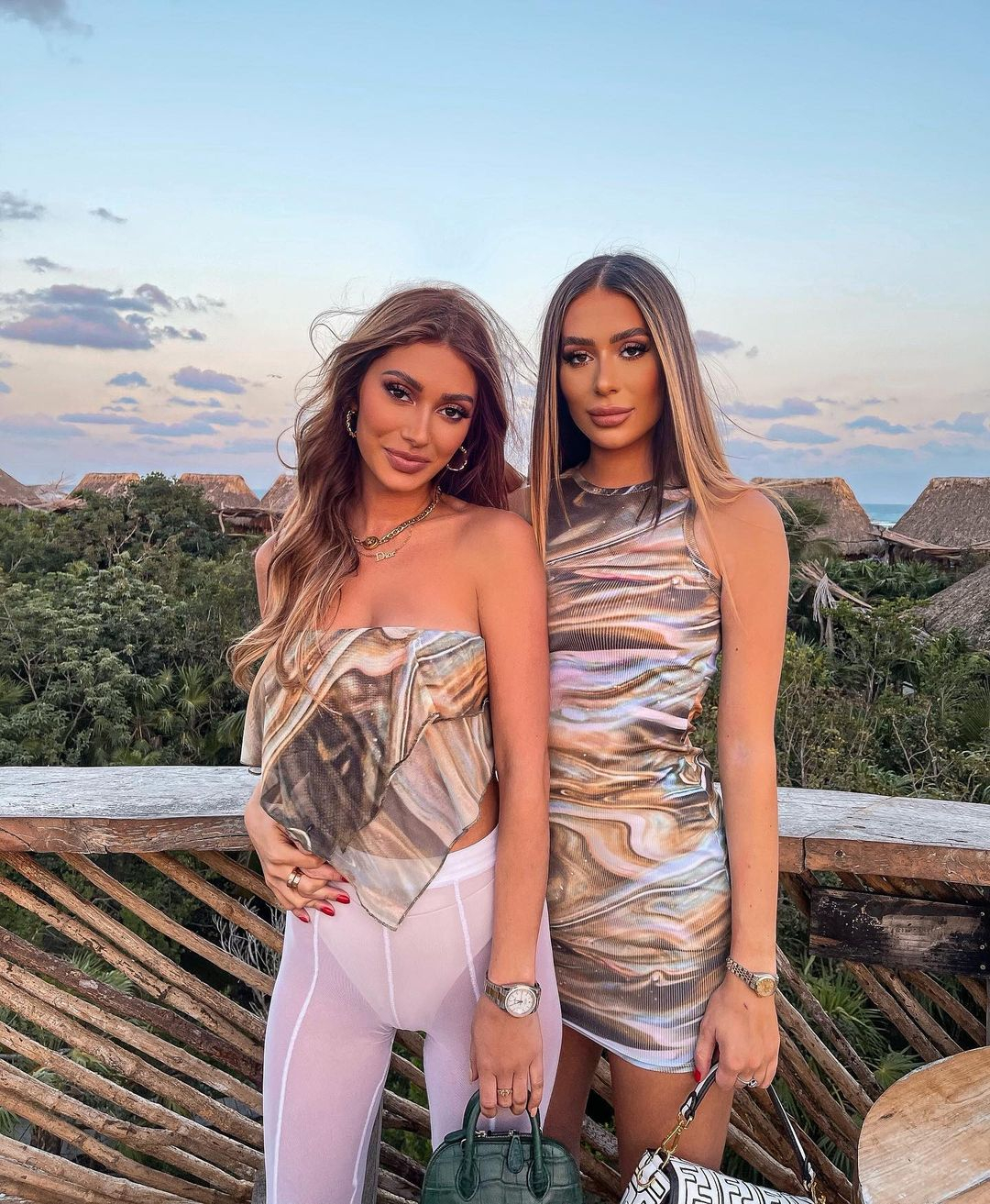 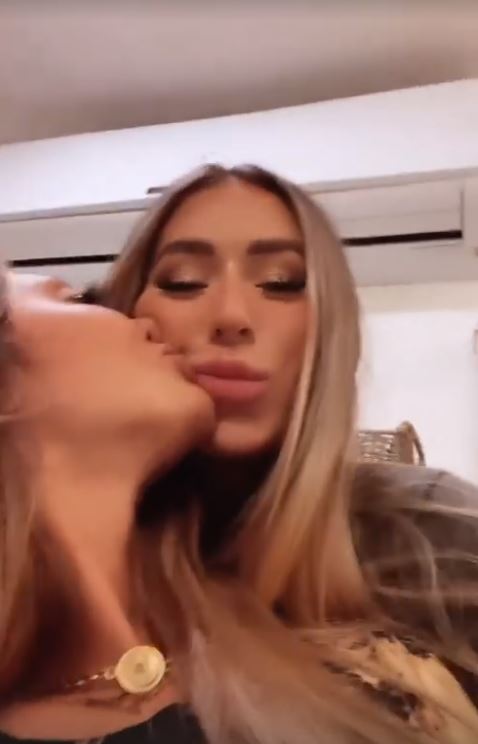 Demi and Francesca put on a loved-up display of affection after a romantic date night Credit: Instagram

And in the day they were touchy-feely once again as they enjoyed a spot of shopping together on their travels.

Demi, 22, took to Instagram to show off Francesca’s romantic gesture that she had organised for their date night.

“Aw look at what she’s just surprised me with,” she told her 437,000 followers while walking towards a table covered in a white sheet and red rose petals right next to the sea.

As she panned the camera towards the clear blue water, there were also some petals on the sand that spelled out “girlfriend?” 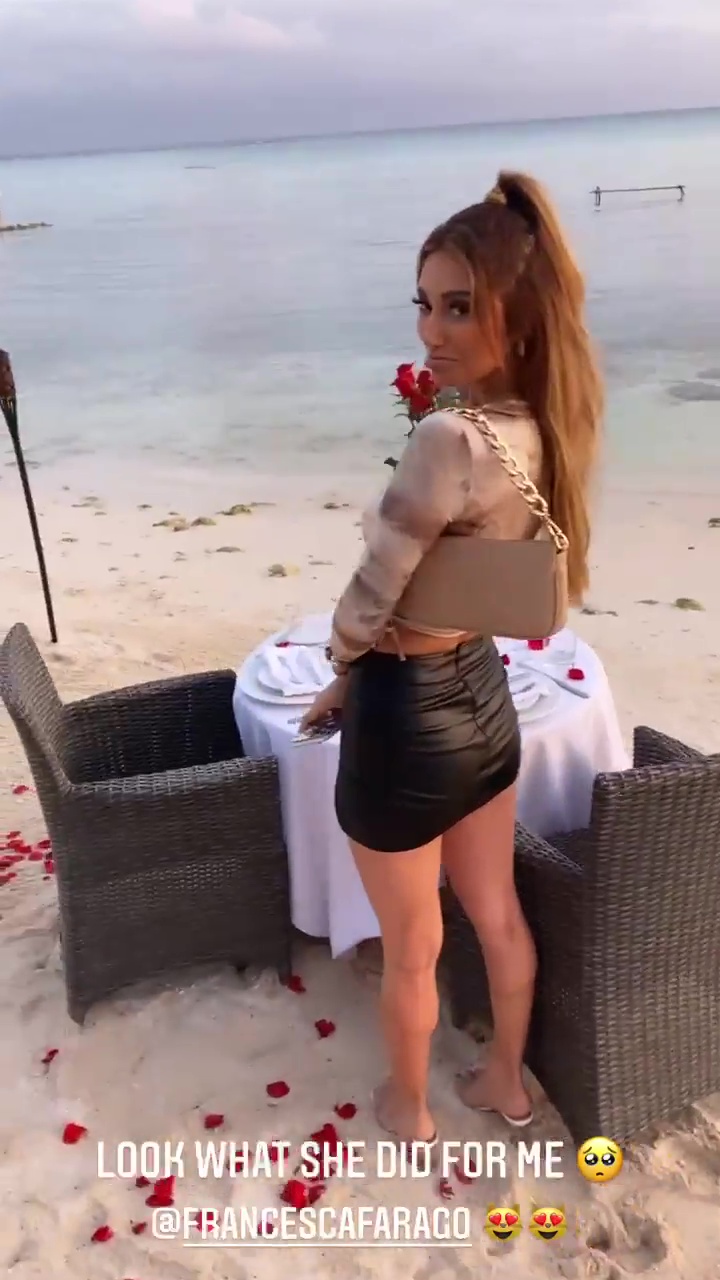 The Netflix star organised a romantic candlelit dinner by the seaCredit: Instagram 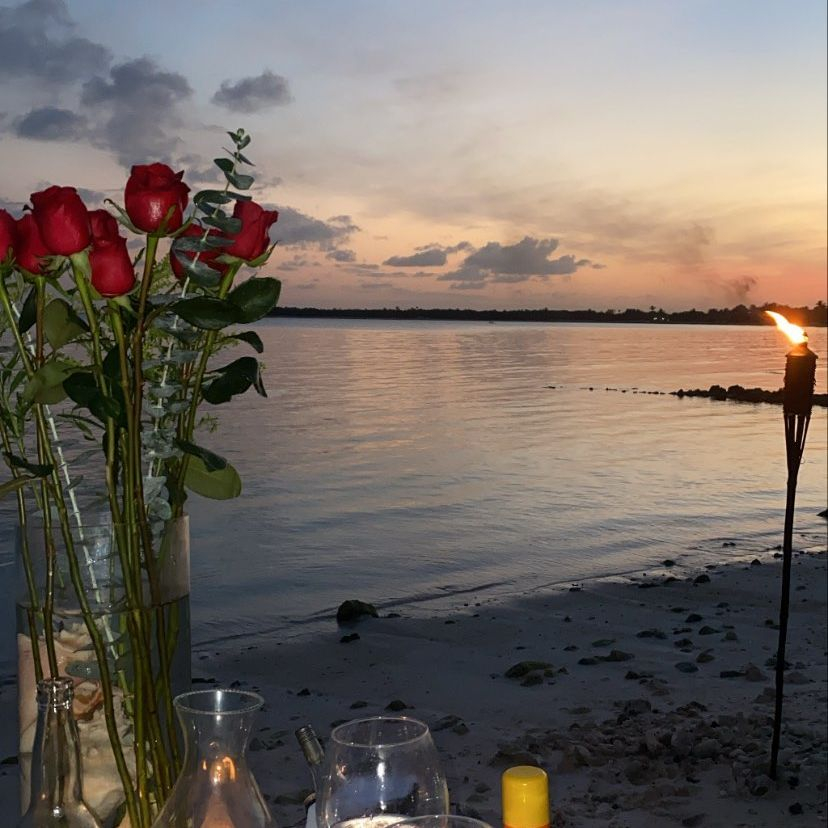 The pair overlooked some gorgeous views during dinnerCredit: Instagram 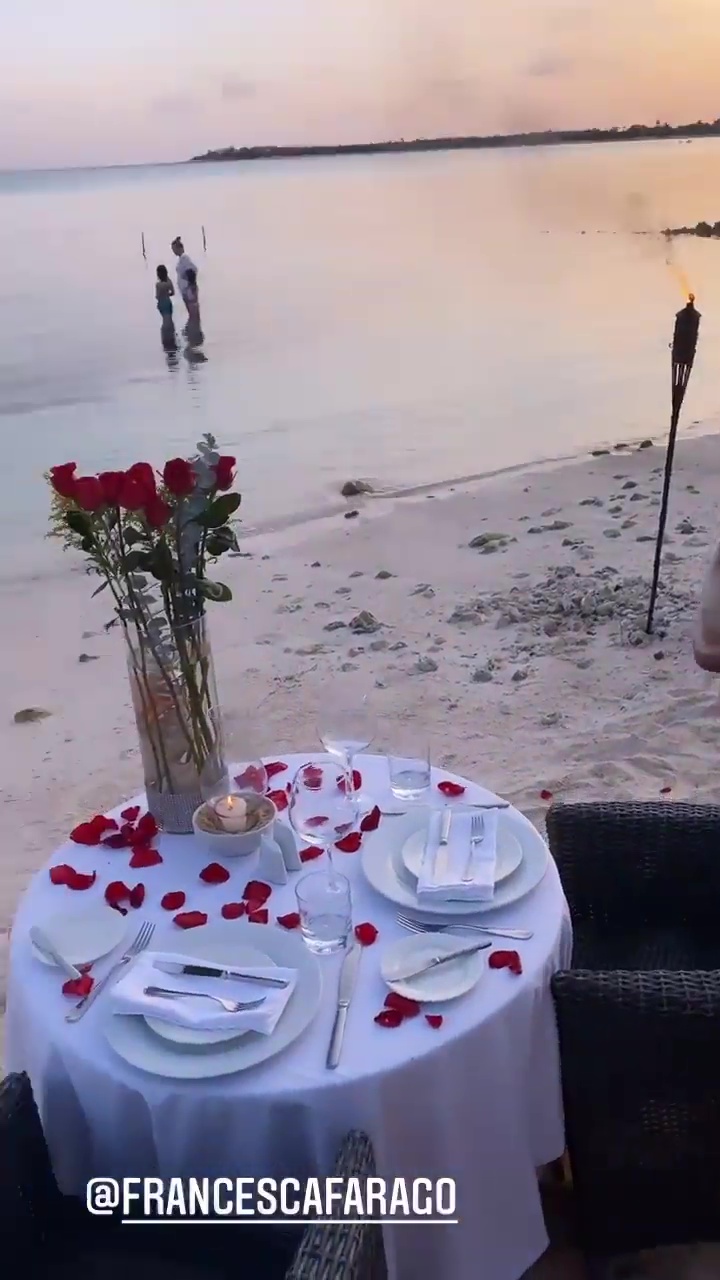 The table was covered in red rose petals and candlesCredit: Instagram 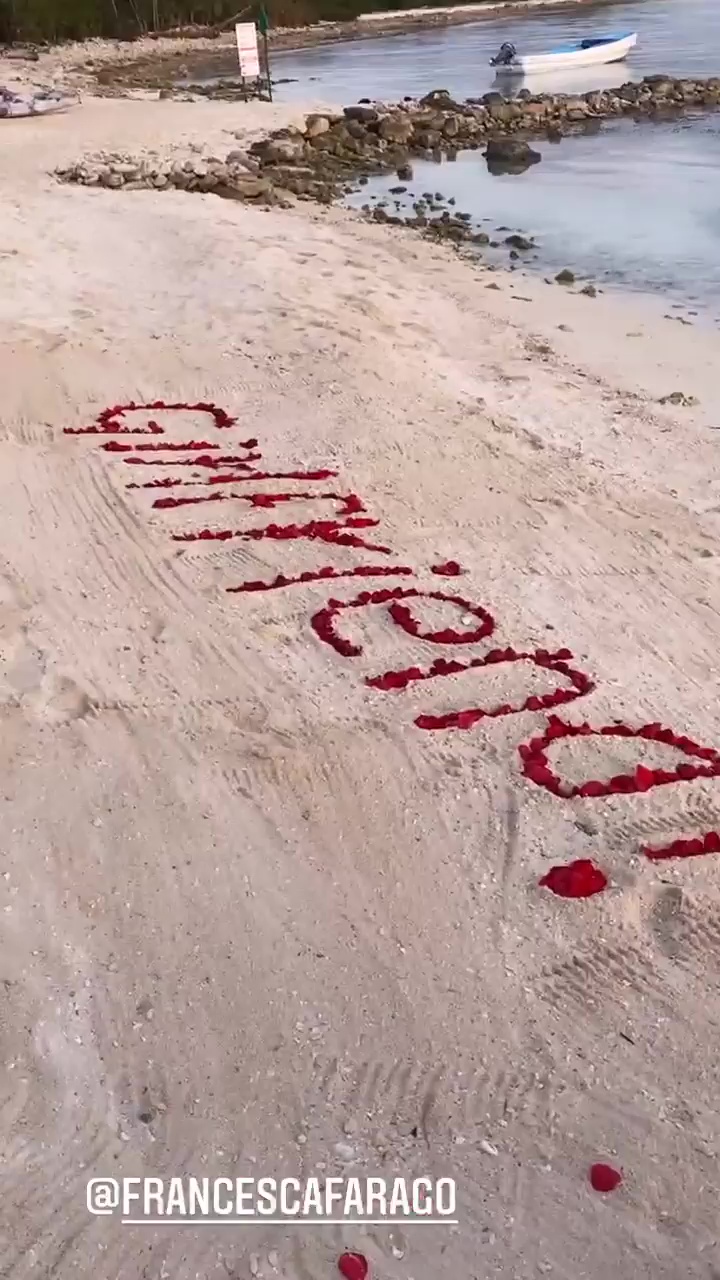 Francesca also asked Demi to be her girlfriendCredit: Instagram

The reality star, who became a regular cast member on the popular ITVBe show back in 2018, continued: “Aw I’m so happy. This is the cutest thing ever. Obviously I said yes.”

After a few glasses of bubbly, the pair couldn’t help but show off their love for each other and videoed themselves kissing as they walked back to their apartment.

Spirits were high as they returned home and things turned up a notch as listened to some tunes after their perfect night out.

At the start of 2021 fans began to speculate that the two women were dating after spotting flirty comments left on their social media posts. 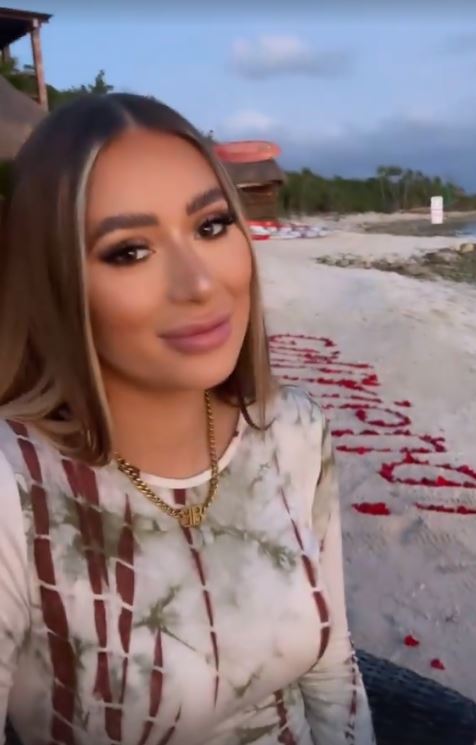 Demi was very happy with how her night panned outCredit: Instagram 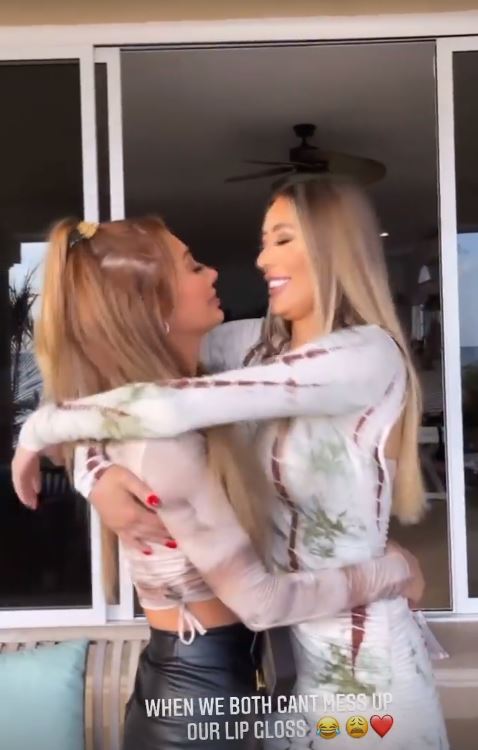 The two couldn’t keep their hands off each other Credit: Instagram 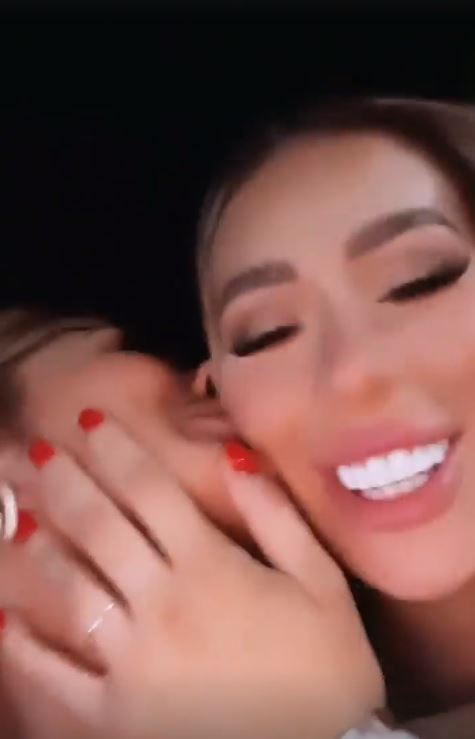 Francesca planted a huge kiss on Demi’s cheek as they walked back to their apartmentCredit: Instagram

Earlier this week the pair made their relationship public by posting a couples pic of them kissing on holiday.

The Towie star’s new flame comes shortly after her lockdown whirlwind romance with Ex On The Beach star Leonie McSorley. 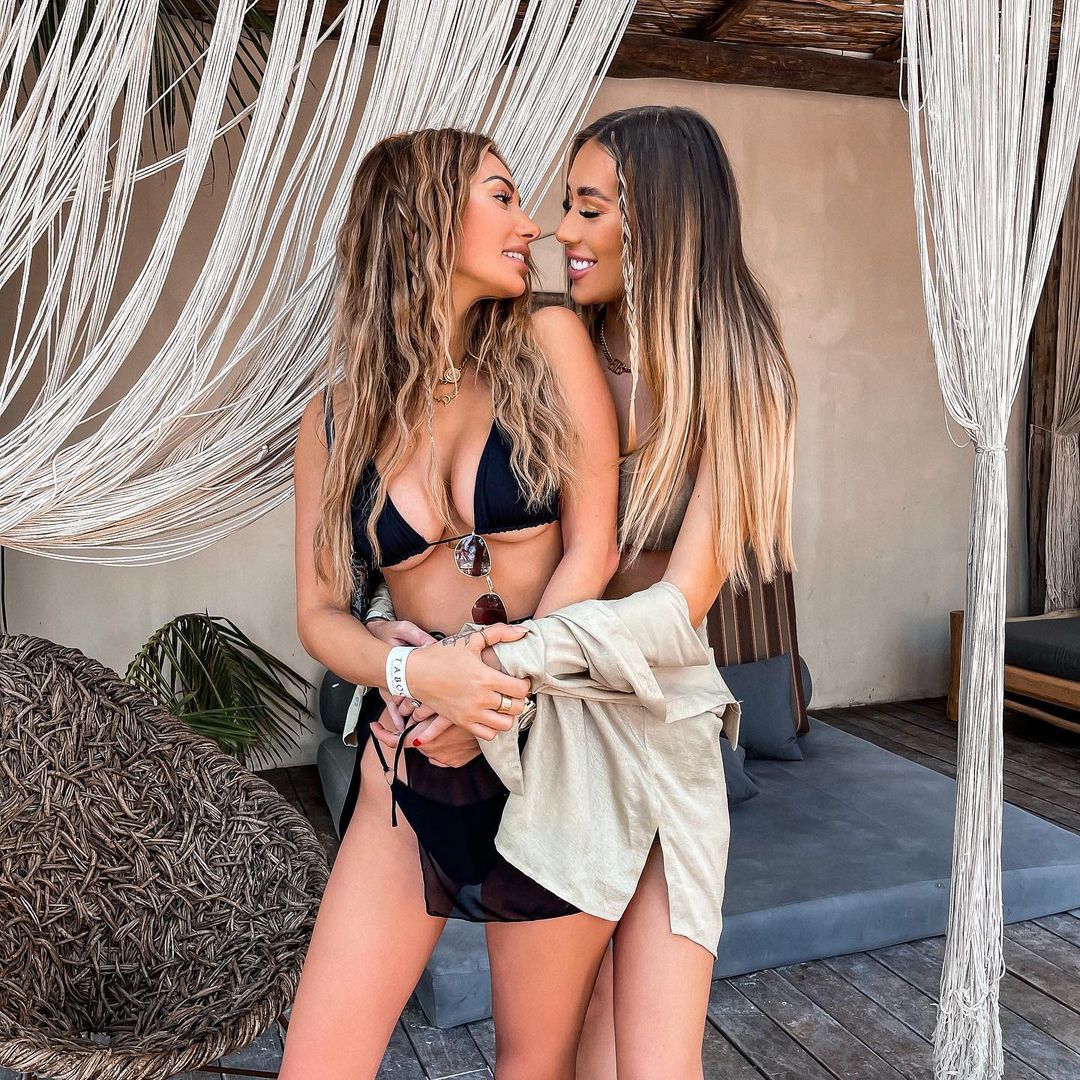 Speculation that the pair were dating arose at the start of this yearCredit: Instagram 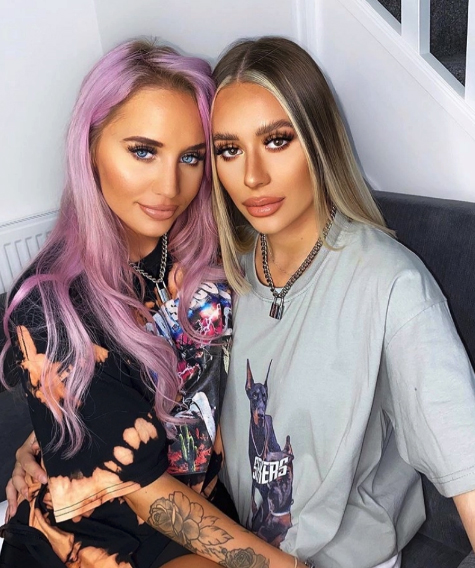 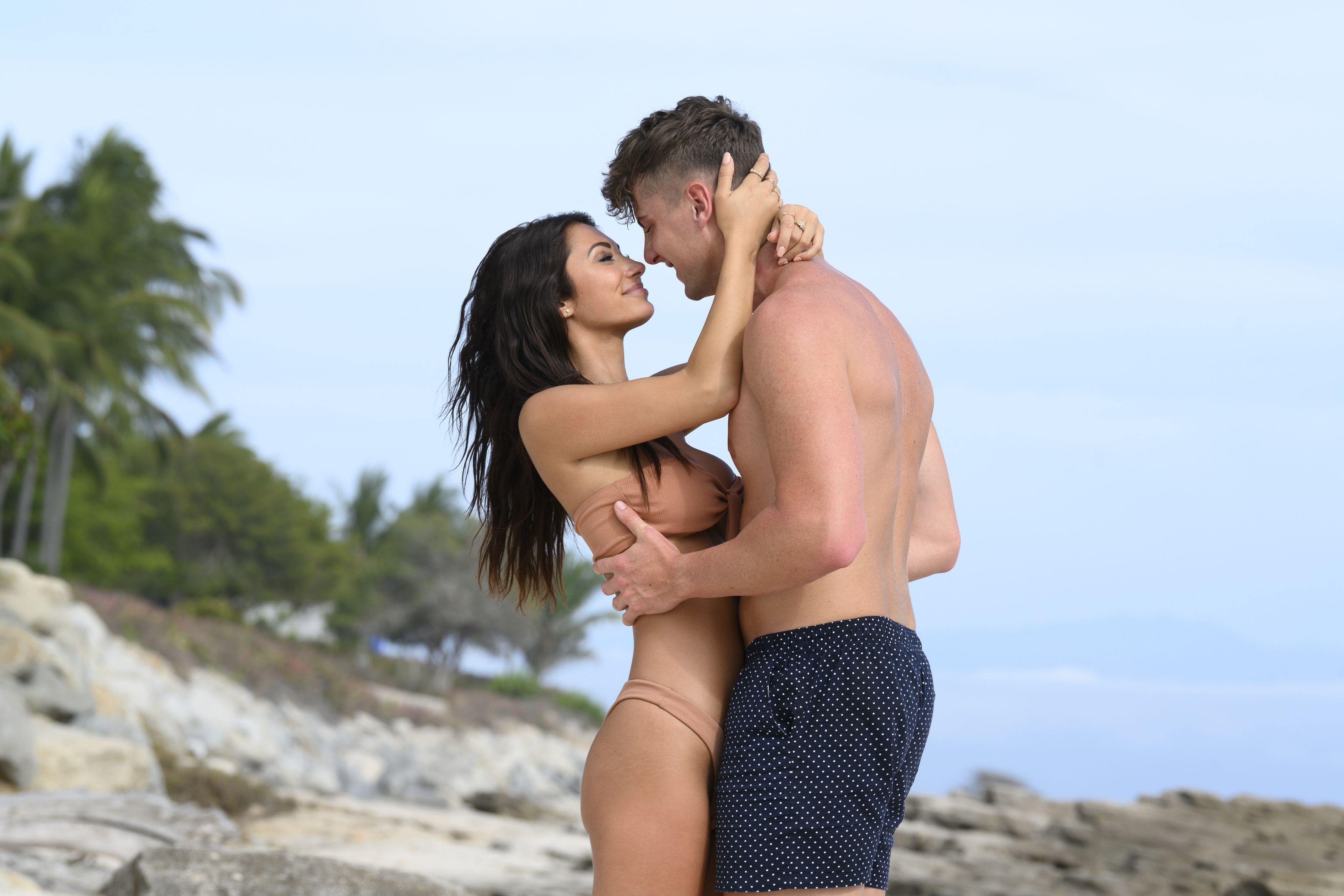 Francesca found love with Too Hot To Handle co-star Harry Jowsey, but the pair split in July last yearCredit: Netflix

Back in April Canadian Francesca, 27, hit our screens on the first ever series of Netflix dating show Too Hot To Handle.

Francesca caught the eye of Australian hunk Harry Jowsey and after the show the pair ended up getting engaged, but two months after the show aired they went their separate ways.

Paul targets Liv Flaherty after discovering she owns her house