FORMER President Donald Trump said Tiger Woods would “be back” in no time following his horrific roll-over car crash.

Trump on Tuesday said the golf legend will quickly recover from the injuries he sustained while speeding down a Los Angeles road and wrecking his car as it hit a median and flipped several times as it landed over 100 feet away. 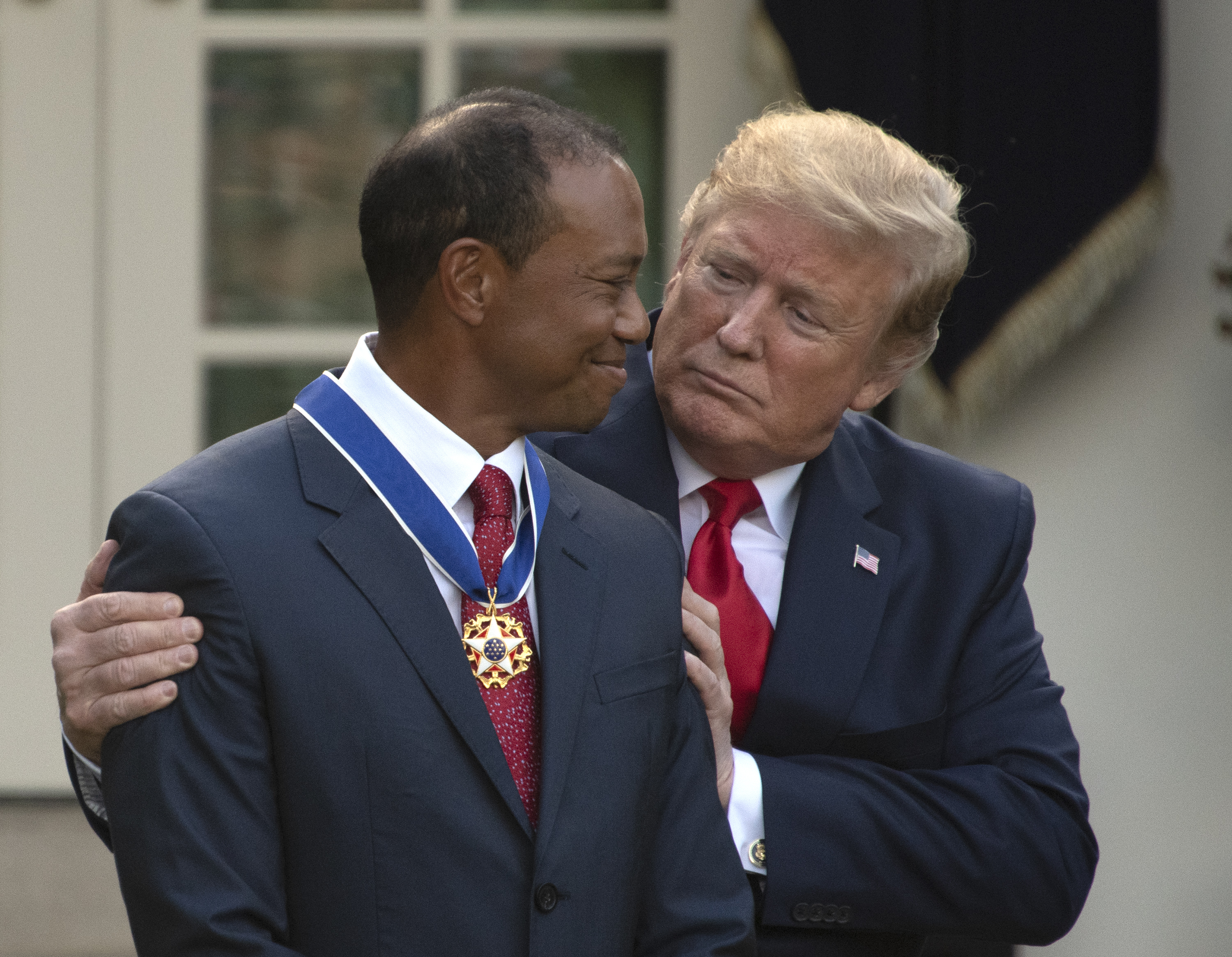 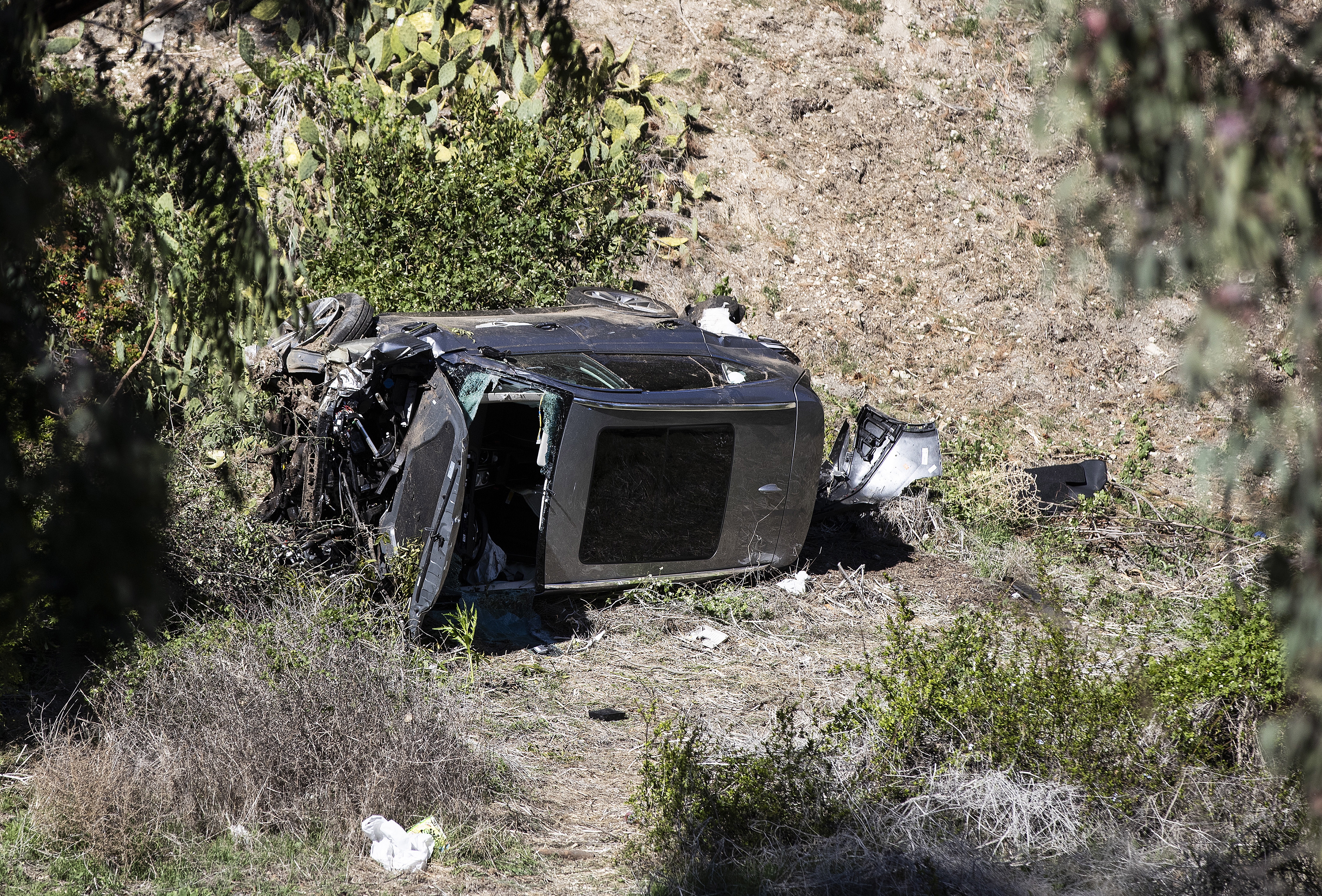 Woods crashed his car into the center median on an LA road Tuesday just after 7AMCredit: EPA

Trump and Woods have long been golfing buddies, maintaining a close relationship as the two golfed together throughout the years and into his presidency.

Trump even gave the golf legend a Presidential Medal of Freedom in 2019. 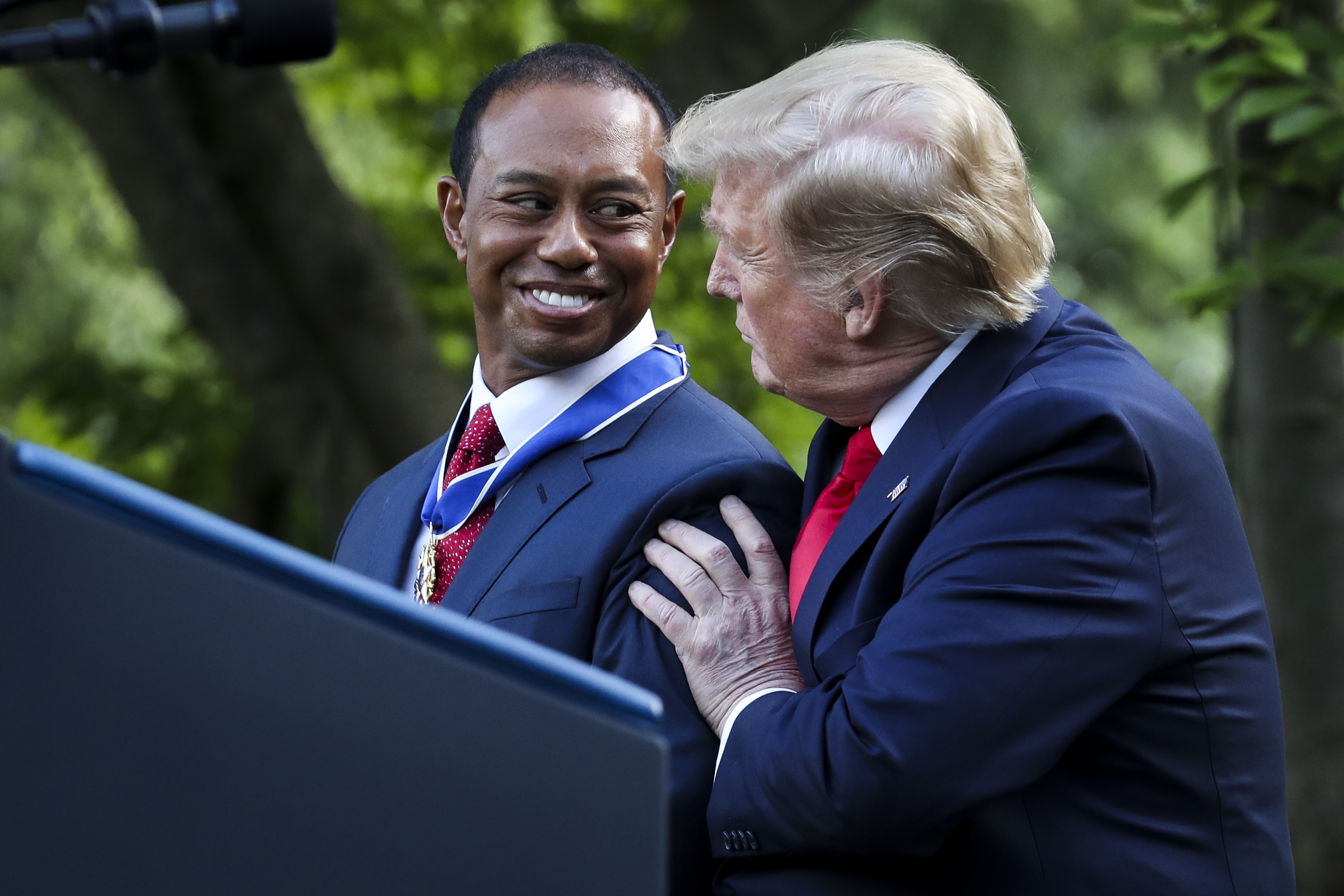 The two have been friends for a while as they bonded over golfCredit: Splash News 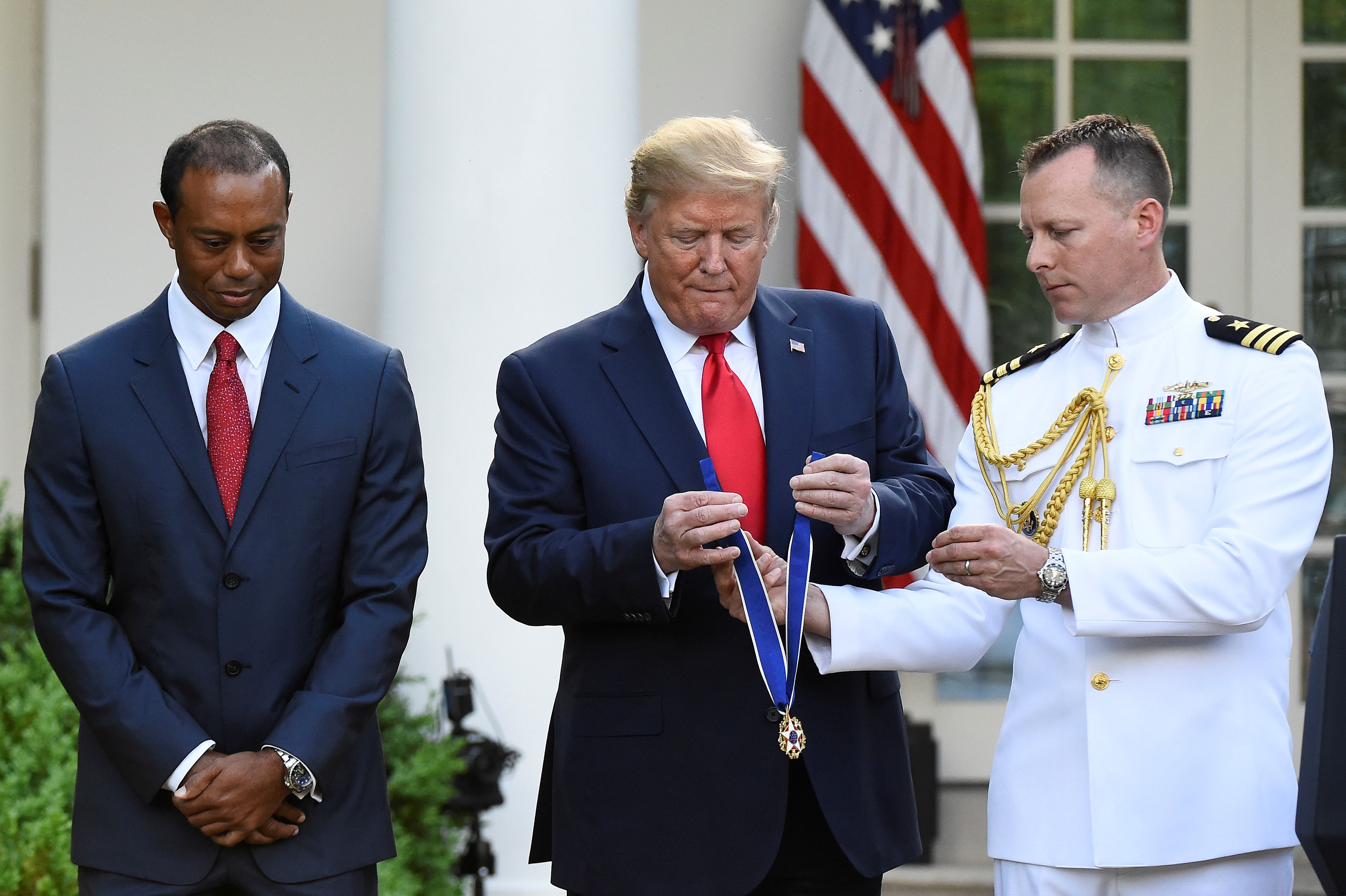 Trump awarded the Presidential Medal of Freedom to Woods in 2019Credit: Reuters 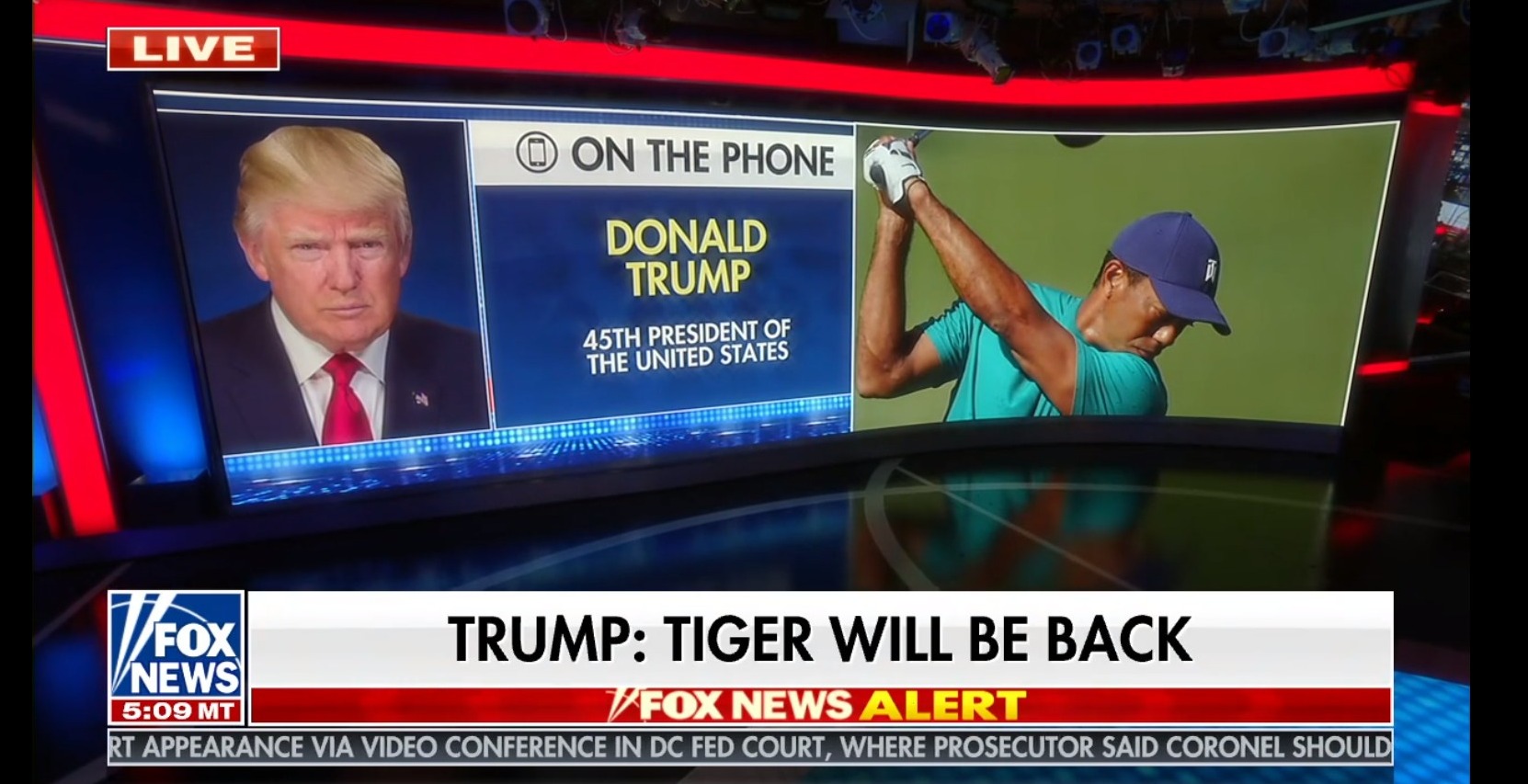 Trump said Woods would be back soonCredit: Fox News

“Because it was Tiger, everyone wanted to be there. Everyone went crazy,” Trump said of the ceremony.

“It was a big event,” Trump continued. “He considered this one of the great honors of his life.”

The one-term president spoke fondly of Woods, saying they’ve always stayed close by bonding over their love of the links.

“He just was always great to me and I’ve always felt the same with him — I’ve always just liked him,” Trump said. “We had a good chemistry and always have.”

“But now he’ll recover from this,” Trump ended. “It’s pretty bad on the legs, I understand. He’ll figure out a way. He’s a wonderful person.”

Earlier in the day, Trump shared his best wishes to the golfer on Twitter through his 2020 campaign senior advisor Jason Miller.

“Get well soon, Tiger. You are a true champion!” Trump said.

Trump was among a number of celebrities including ARod to share their condolences and well wishes to the Masters champion.

Among them was another former president, Barack Obama, who called Woods the “GOAT.”

“Sending my prayers to Tiger Woods and his family tonight—here’s to a speedy recovery for the GOAT of golf. If we’ve learned anything over the years, it’s to never count Tiger out,” Obama tweeted.

Just after 7AM Tuesday, Woods was speeding down a Los Angeles road when he crashed into the center median, crossed into the opposing lane of traffic and then rolled over several times until he came to a halt over 100 feet away.

Los Angeles County Sheriff Alex Villanueva said Woods was lucky to be alive, saying the exterior of his car took most of the damaged while “the interior was mostly intact” and likely “cushioned” what could have been a “fatal accident.”