THOUSANDS of dollars have been raised for the girl who has been left in coma after Kansas City Chiefs coach Britt Reid allegedly plowed into her family’s car days before the Super Bowl.

According to a GoFundMe for the five-year-old girl, named Ariel, more than $283,000 was raised as of Sunday night by over 7,000 donors. 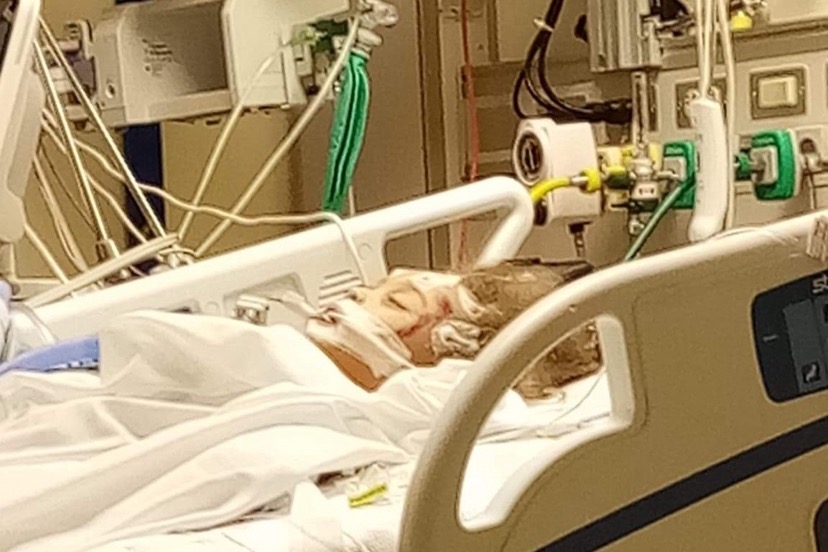 A little girl named Ariel, who is five years old, remains in critical condition after the crash on ThursdayCredit: GoFundMe 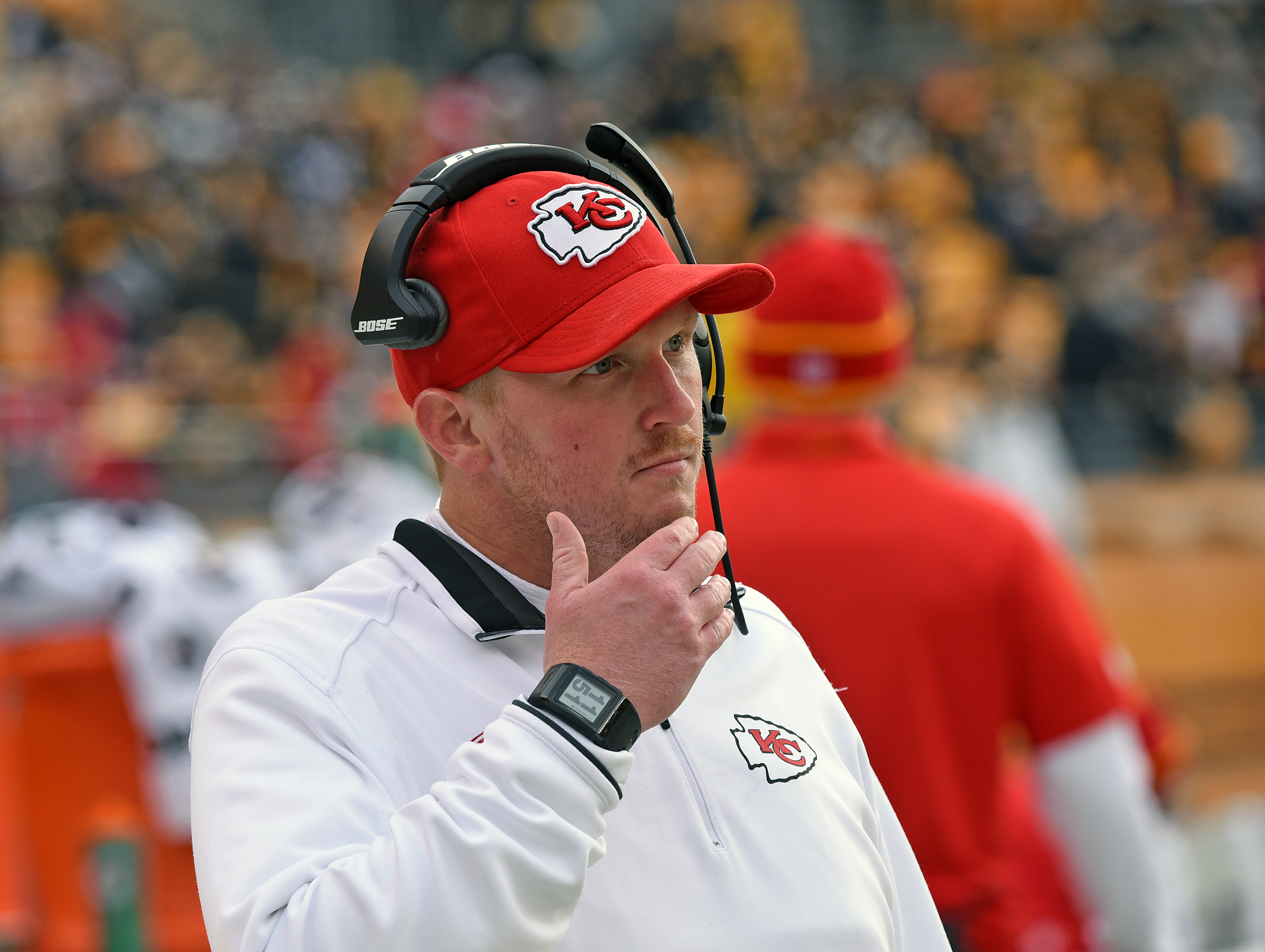 Reid – son of the Chiefs’ head coach Andy Reid – allegedly admitted having “two or three drinks” on top of prescription amphetamines before the pile-up near the NFL side’s stadium on Thursday.

The older girl remains “in very critical condition” after suffering swelling and bleeding on the brain, according to her family. 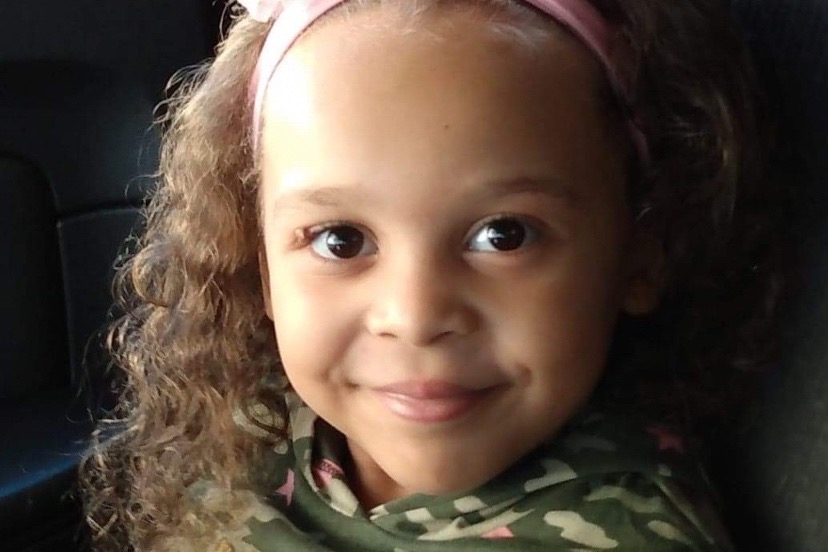 Ariel ‘suffered swelling in the brain and bleeding around her brain’Credit: GoFundMe

“Ariel who just turned 5 years old suffered swelling in the brain and bleeding around her brain, she hasn’t woken since the crash,” Verhulst wrote.

“No child deserves to go through this, nor should any mother have to see her child like this,” she said.

Tiffany added Ariel “will be in the hospital for the foreseeable future.”

The GoFundMe money raised will go towards hospital bills and “weeks of missed work” for Ariel’s single mother, who has two other children. 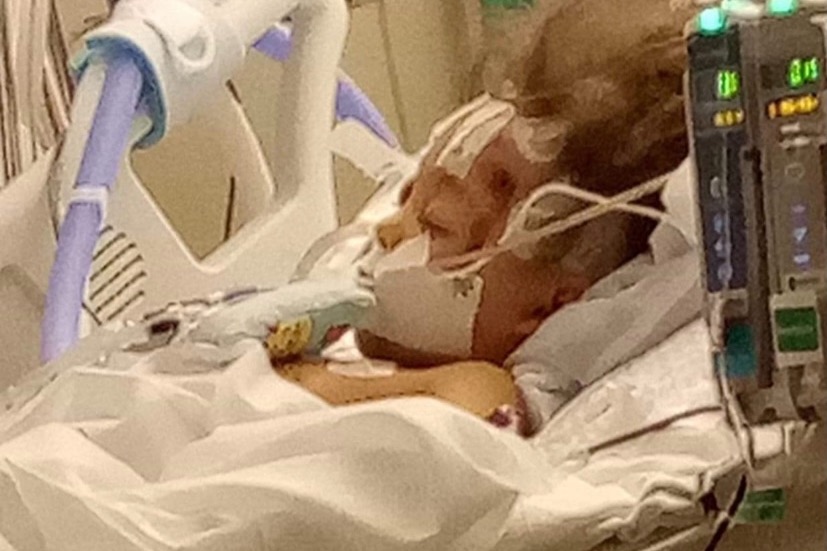 Ariel is critically ill in hospital, her family saidCredit: GoFundMe 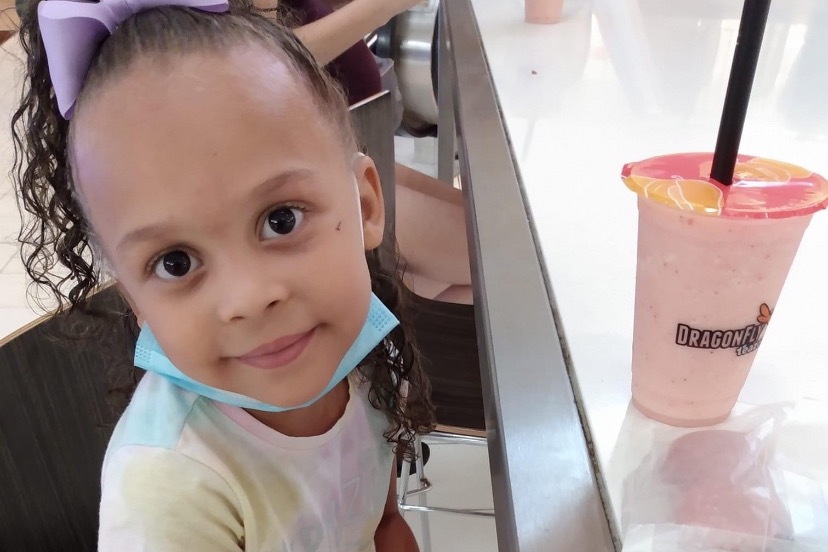 Ariel was in the back of the second car hit by Britt Reid’s pickupCredit: GoFundMe

“Anything to help her family who is suffering so much right now because one man chose to drink and drive,” Tiffany wrote.

Britt Reid’s father Andy left him behind in Missouri as the NFL stars flew to Florida yesterday ahead of tonight’s Super Bowl LV.

Reid, 35, reportedly admitted he was drinking alcohol before the smash yards from the Chiefs’ Arrowhead Stadium at 9pm on Thursday.

A Chevrolet Impala had run out of fuel and stopped on the on ramp to the southbound Interstate 435 in Kansas City, reports KSHB. 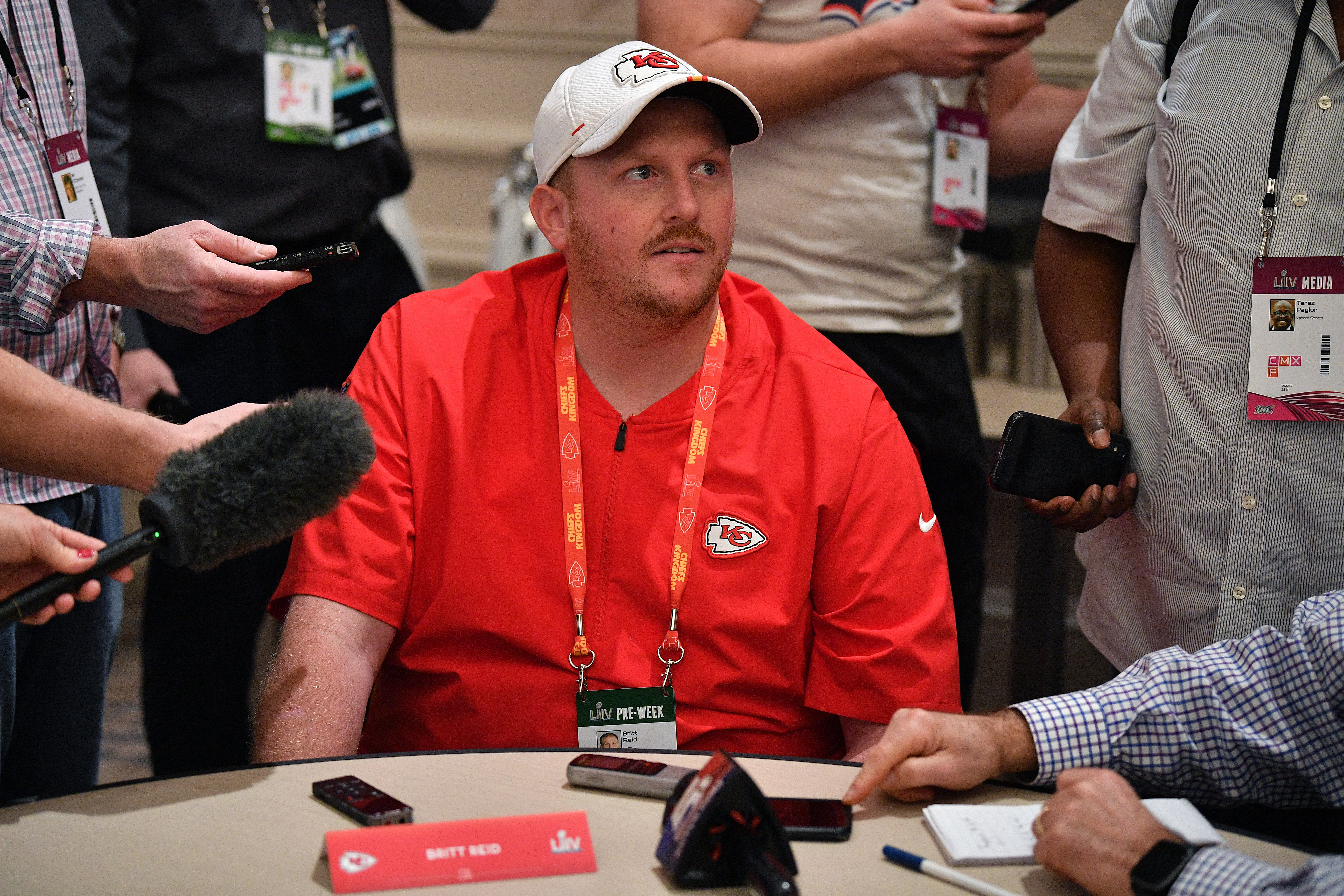 The driver called relatives for help, who arrived in a Chevrolet Traverse and parked in front.

It was then that a Dodge Ram Laramie Sport pickup truck driven by Reid came from Stadium Drive and struck the two stationary cars.

The two injured children were in the back of the Traverse.

The four-year-old child next to Ariel was also taken to hospital with non-life-threatening injuries.

Kansas City police said investigators were trying to determine whether driver impairment was a factor in the crash, which closed three of the interstate’s four lanes.

According to a search warrant, an officer said they could smell “a moderate odor of alcoholic beverages” and that Reid’s eyes were bloodshot and red.

He said he’d had “two to three drinks”, and also said said he took Adderall by prescription, the warrant states.

Adderall is a a cocktail of amphetamines prescribed for conditions such as ADHD and narcolepsy.

The officer said he observed signs of impairment, after which Reid complained of stomach pain and was transported to hospital for treatment.

A judge approved blood tests on the driver, the warrant states, adding that “a computer check revealed … multiple prior DUI contacts.” 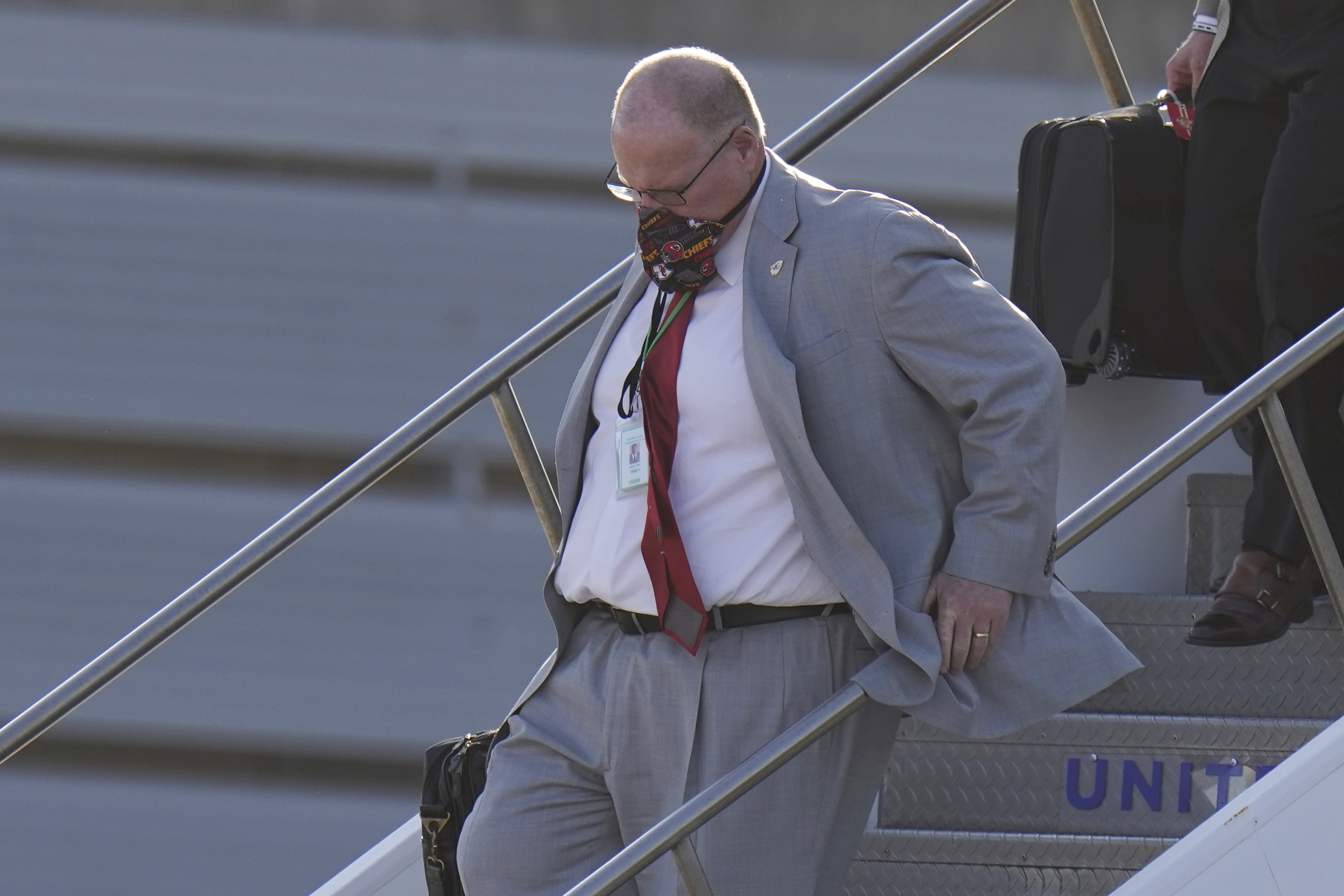 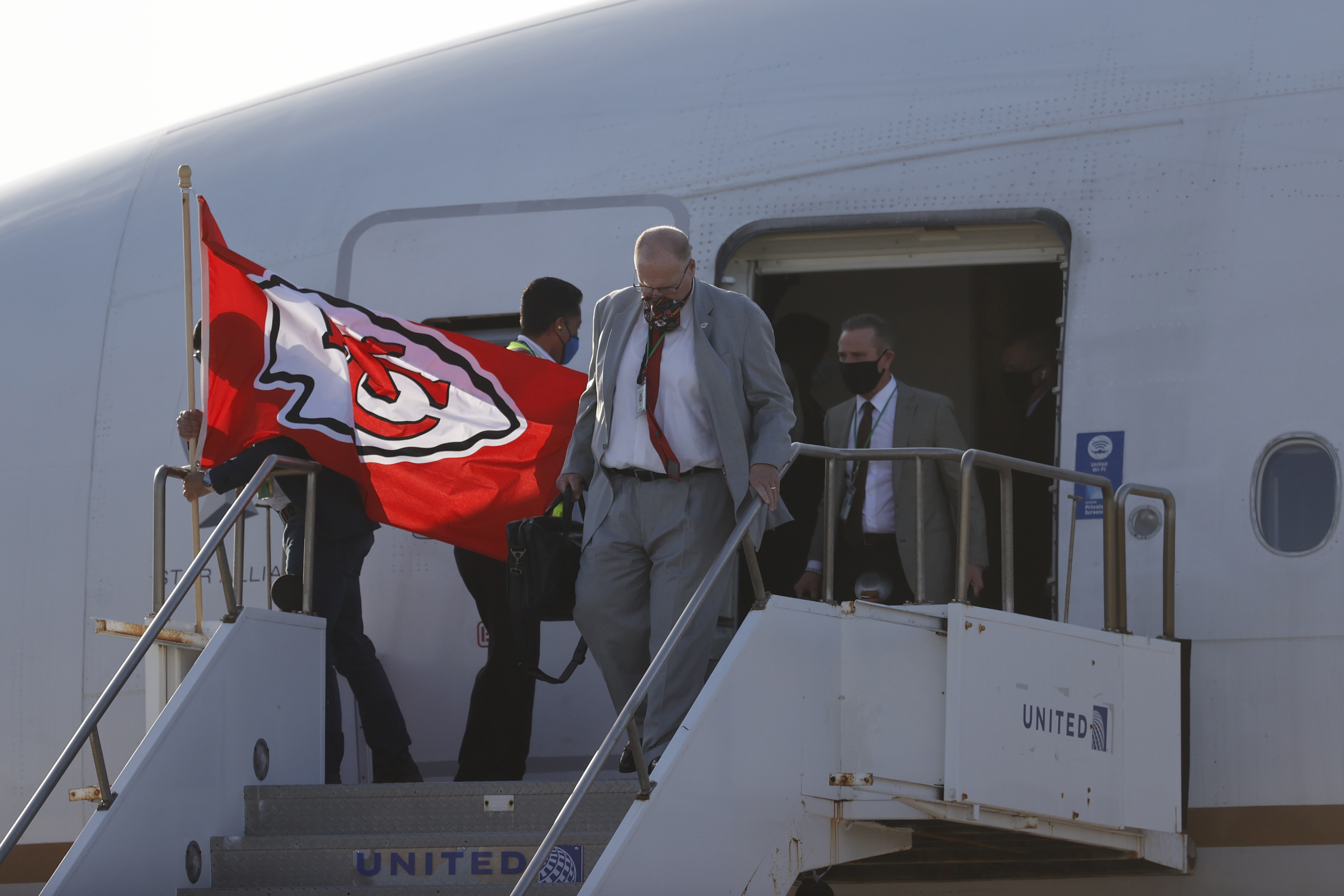 The Chiefs flew to Florida without Britt after he was involved in a pile-upCredit: USA TODAY Sports 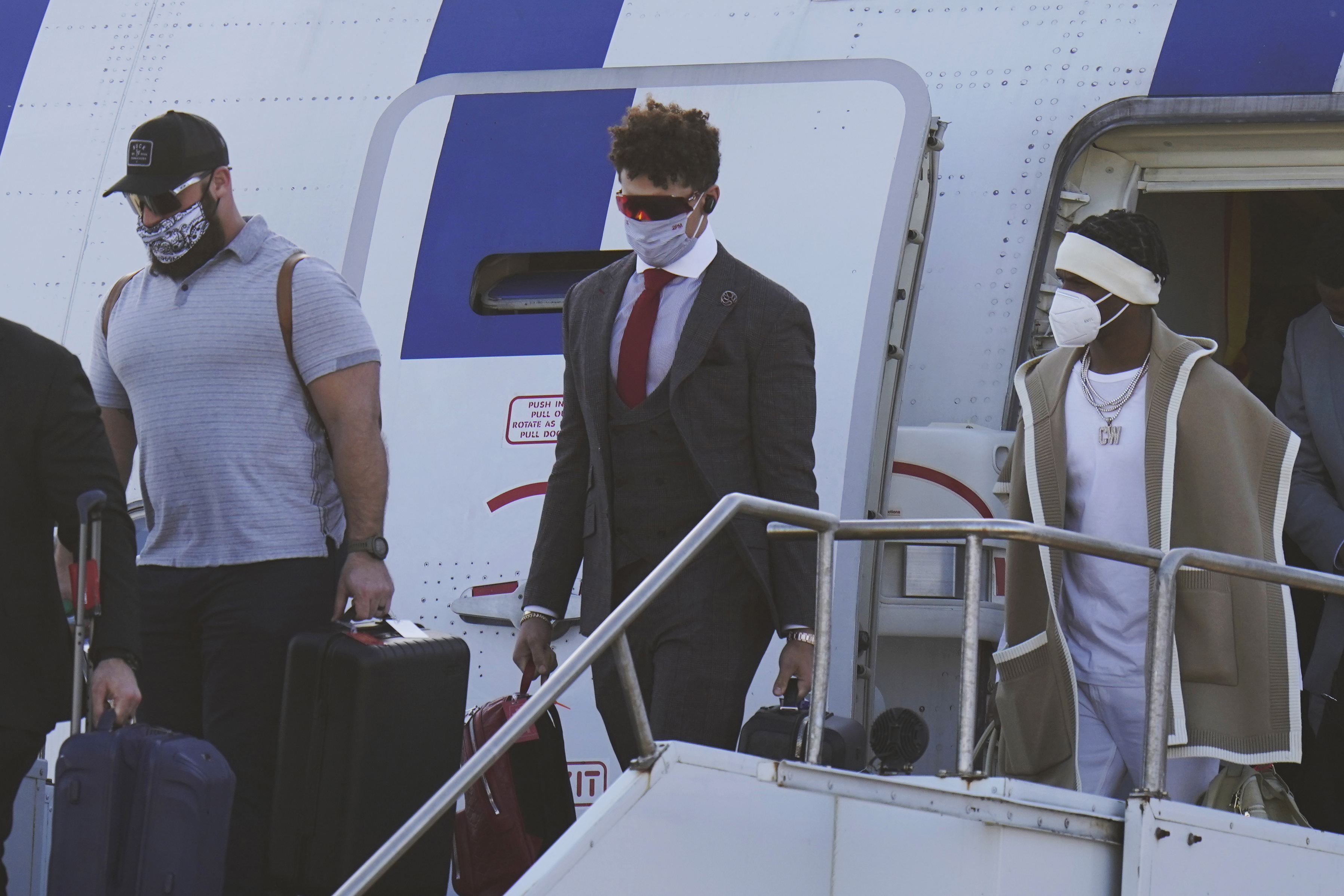 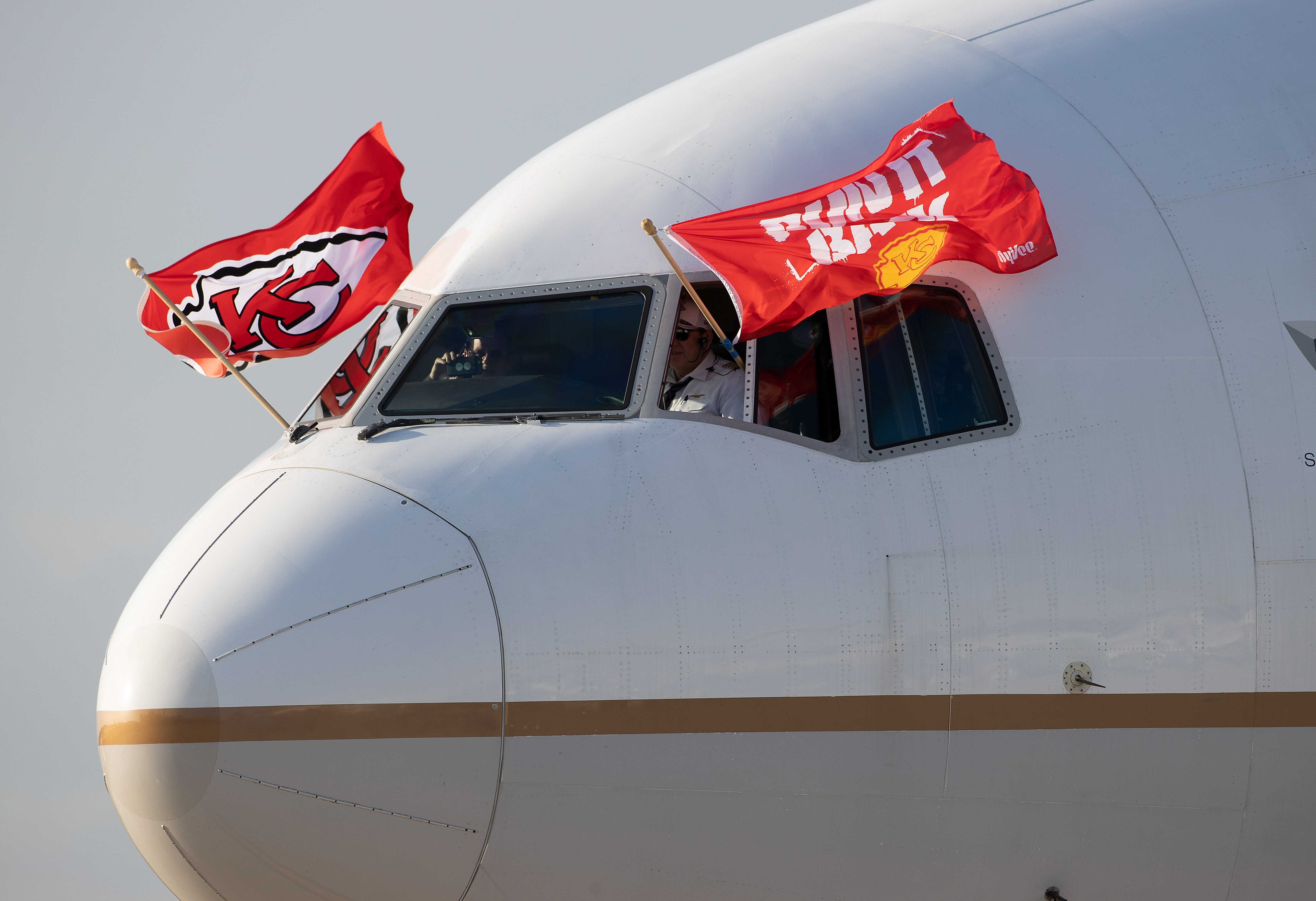 Britt Reid was due to fly with the team but was left behind in MissouriCredit: EPA 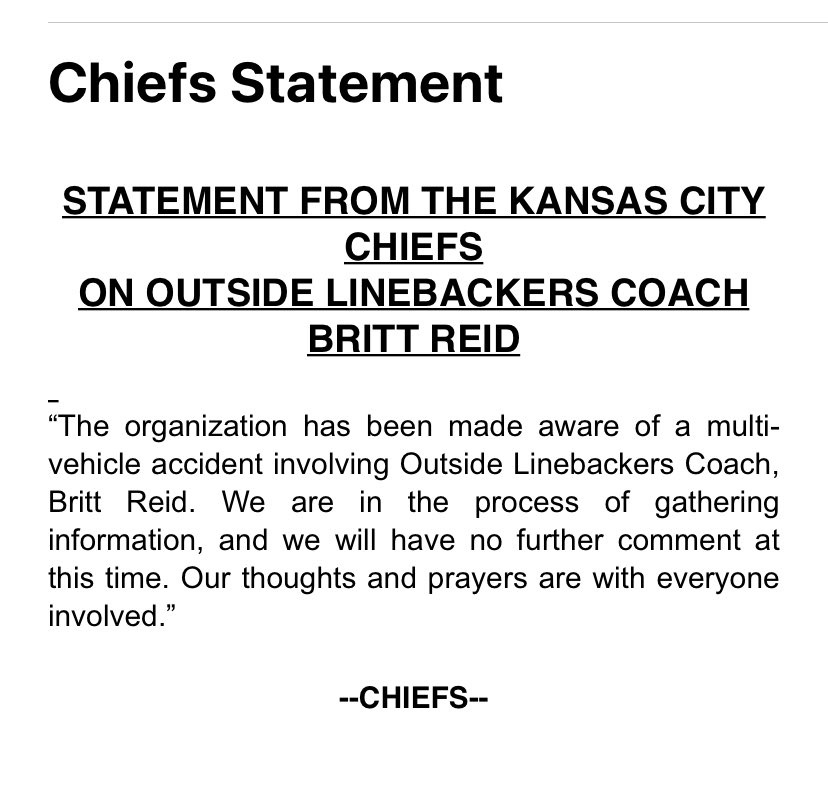 A statement from the Kansas City Chiefs on Friday morning said they were “aware of a multi-vehicle accident involving outside linebackers coach, Britt Reid.

“We are in the process of gathering information, and we will have no further comment at this time.

“Our thoughts and prayers are with everyone involved.”

Reid joined the Chiefs coaching staff in 2013 after his father Andy was put in charge.

He had previously been a coaching intern at the Philadelphia Eagles when his father was coach there.

In January 2007 Britt Reid was charged with driving under the influence and drug violations.

He had been driving Route 23 in West Conshohocken, Pennsylvania, when his GMC Denali was involved in an incident with a Ford pickup truck, according to reports.

Reid, who was 22 at the time, reportedly jumped from his vehicle and started shouting abuse at the other driver.

He then plucked a silver .45 calibre handgun from his car and pointed it at the other man while making violent threats.

When the police arrived, they found cocaine and marijuana in his car.

He ended up going to prison on a slew of weapons and drugs charges before eventually graduating to a lengthy stint in mandatory rehab, according to reports at the time. 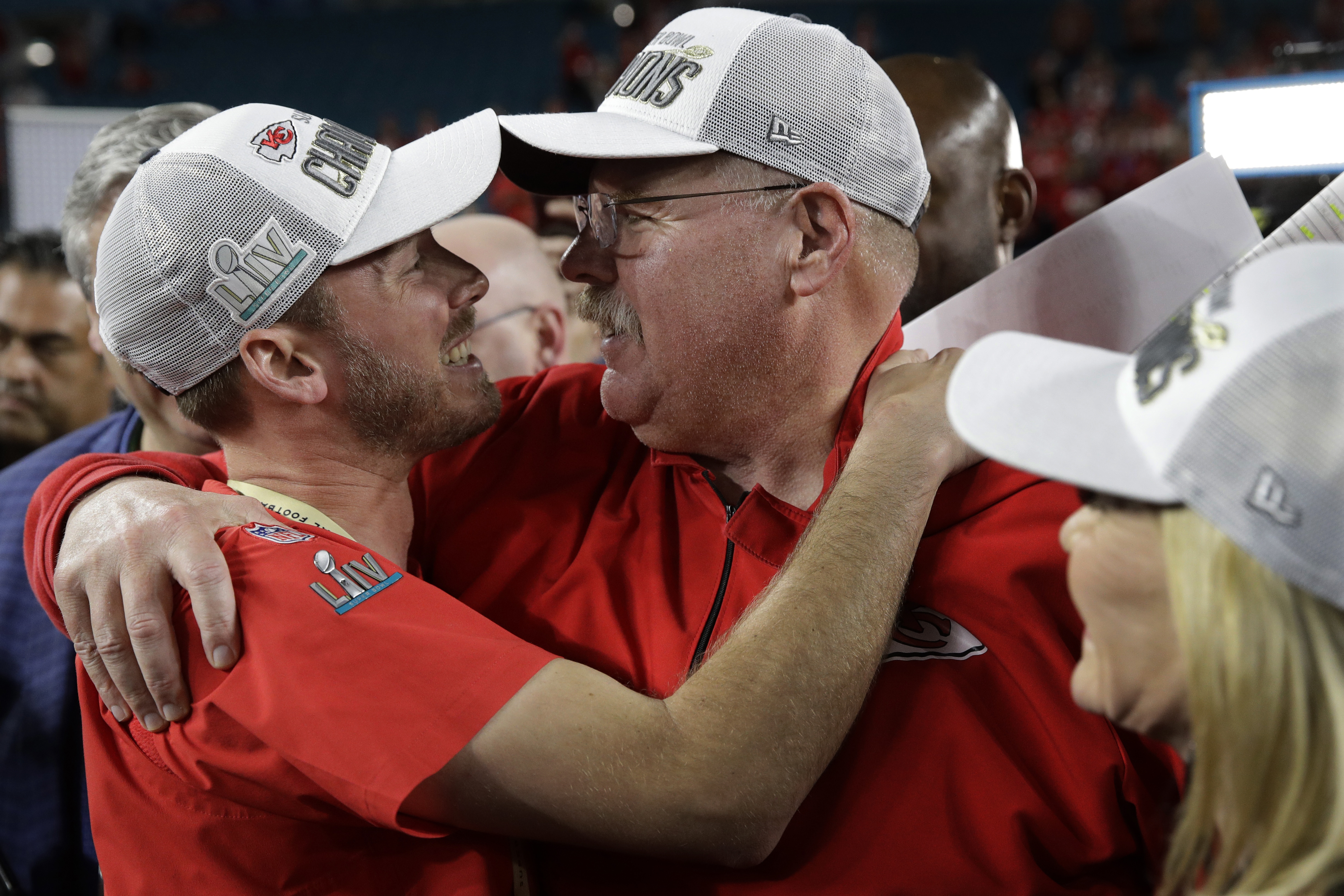 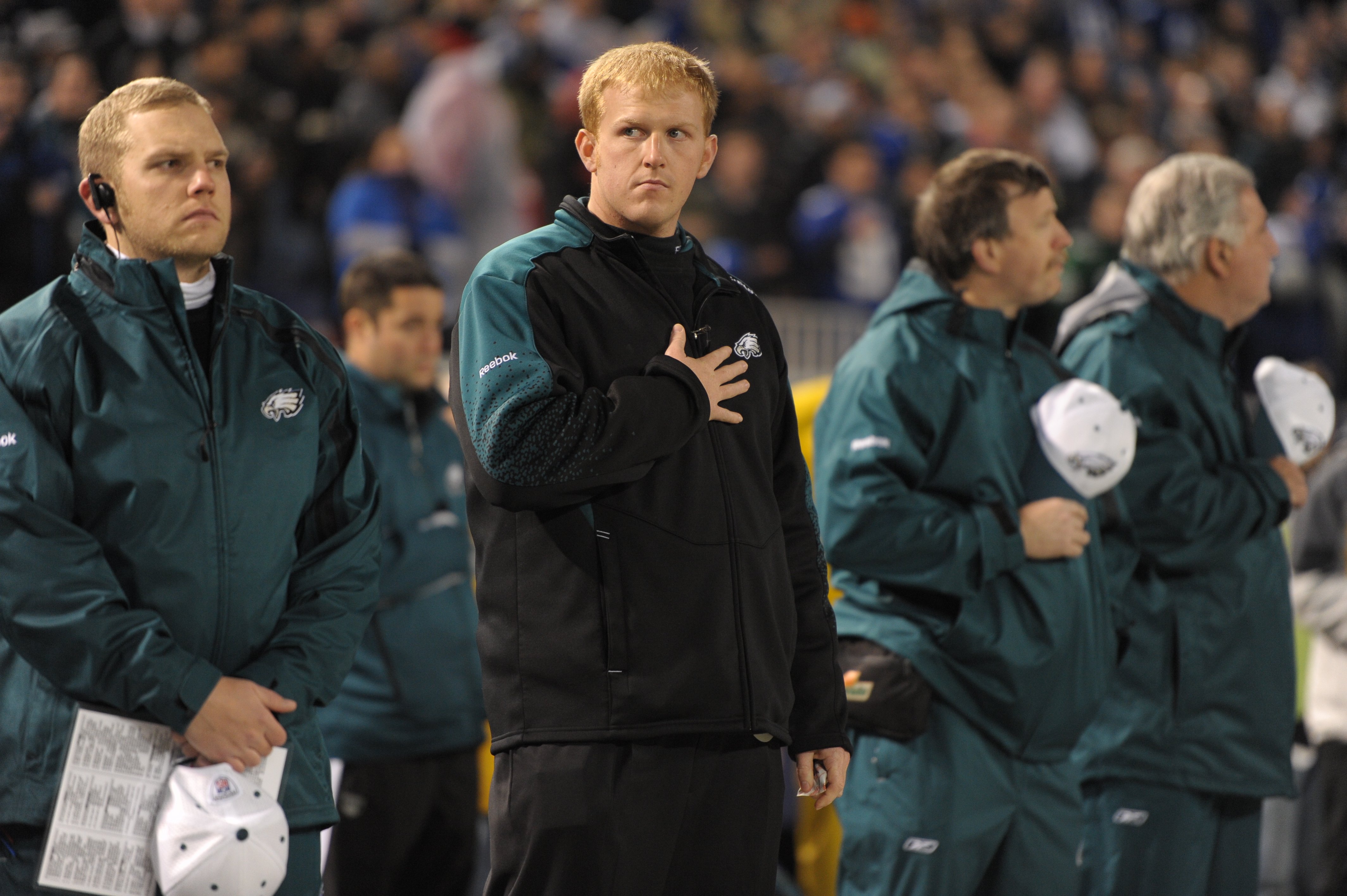 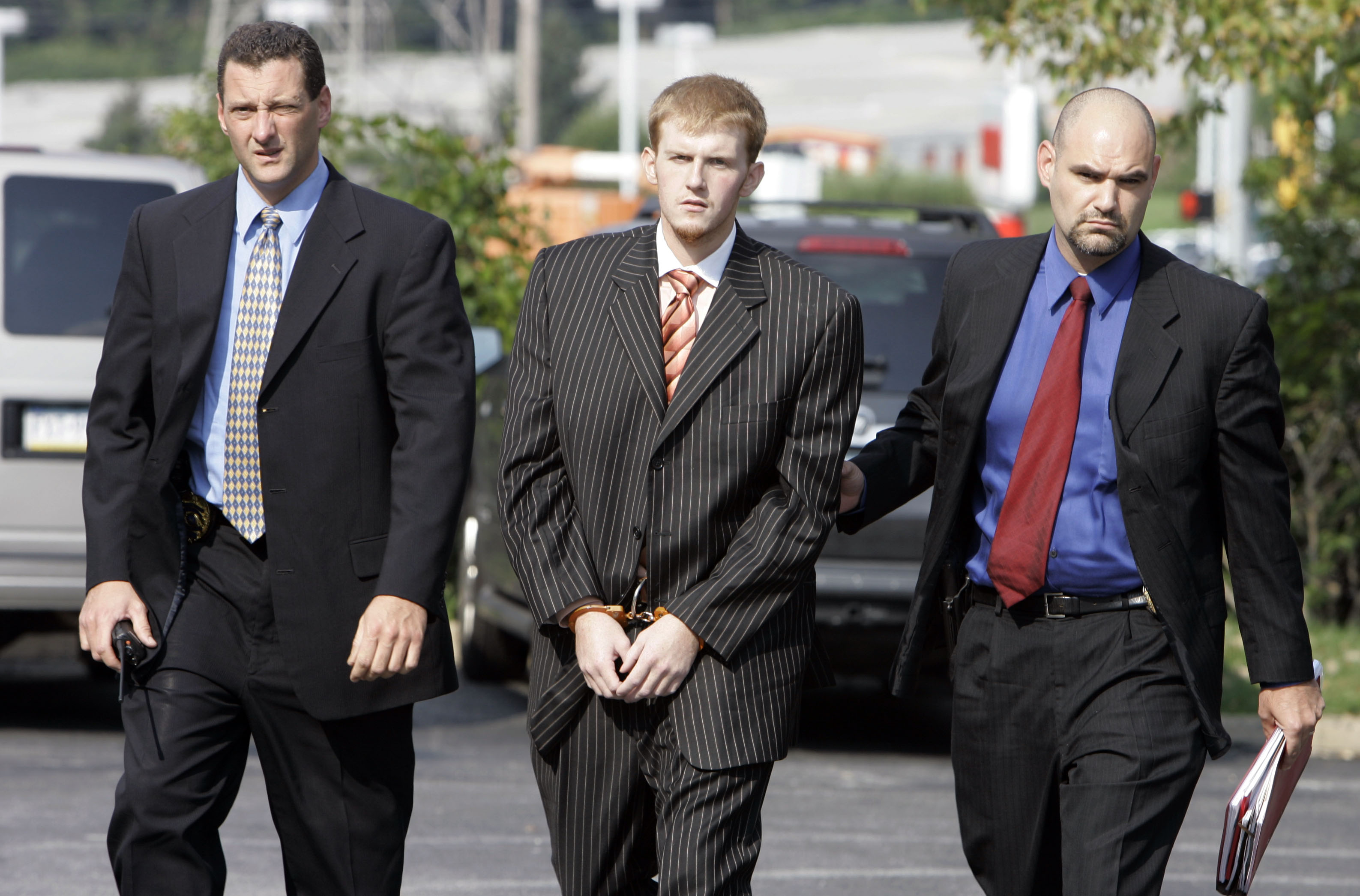 Britt Reid was charged in 2007 with driving under the influence and drug violationsCredit: AP:Associated Press