The Blues fought back from a goal down to strike late on and beat the Premier League champions-elect for the second time in three weeks. 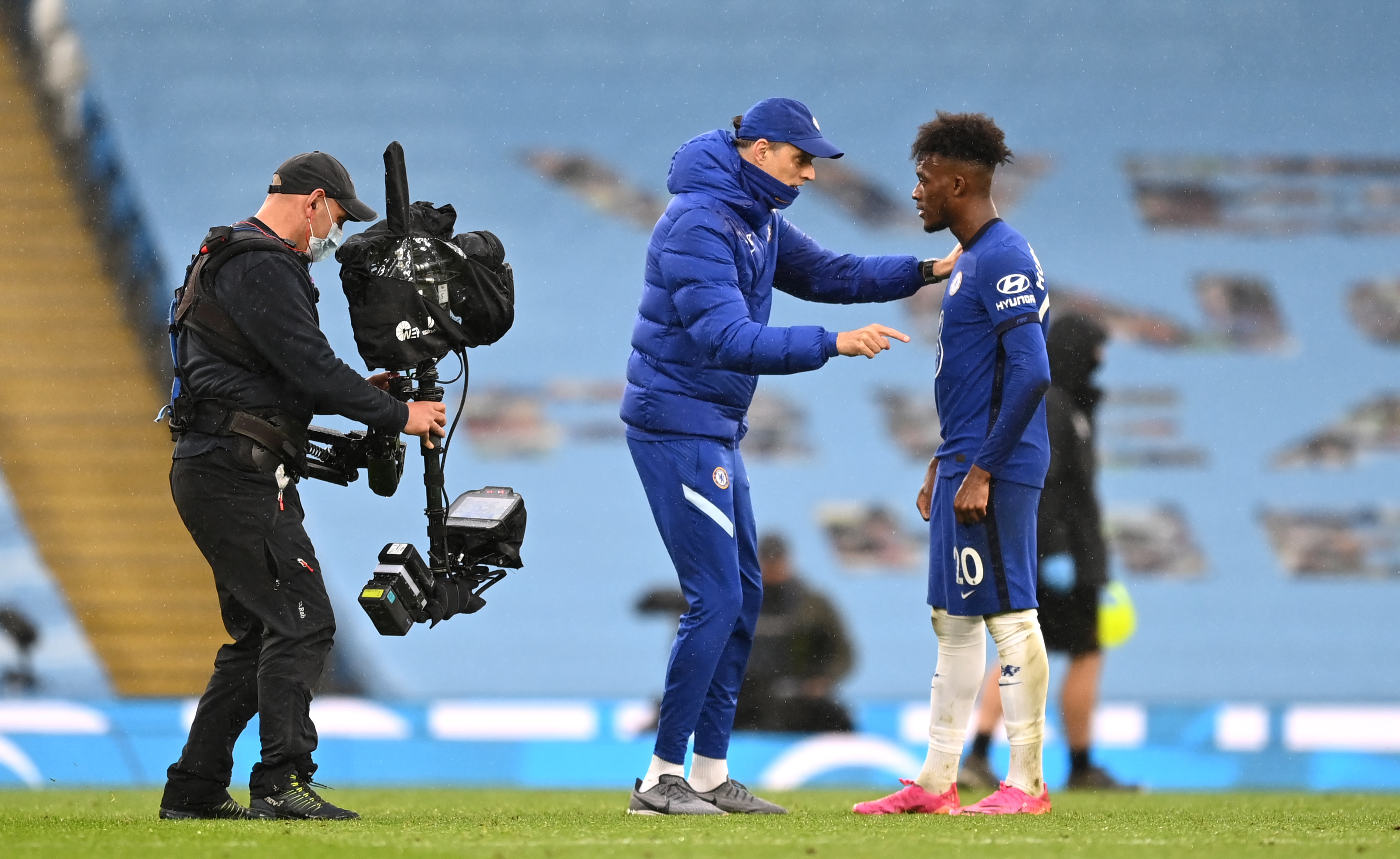 Tuchel pulled Hudson-Odoi immediately after their win at the EtihadCredit: PA

But as the rest of the team celebrated on the pitch in the aftermath of their superb win, Tuchel was more focused on pulling Hudson-Odoi for a chat.

The German coach could be seen remonstrating with Hudson-Odoi in an incredibly visual manner, although it is not known what he said.

He then embraced the youngster before jovially pushing him away and allowing him to go and enjoy the win with his Chelsea teammates.

Chelsea’s victory over Man City comes just three weeks before they face off in the Champions League final.

But Tuchel insisted after the game that the Blues were a little lucky to get the three points.

Speaking to talkSPORT, he said: “I felt we were very brave.

“I had the feeling we were constantly on the edge to score a second. I don’t want to hide it but you need luck when you play Manchester City.

“With the penalty that Edou [Mendy] saved and the second penalty we didn’t concede.

Tuchel has been a revelation since succeeding Frank Lampard at the end of January.

In just four months he has taken the team to the finals of the Champions League and FA Cup and lifted them into the top four from mid-table obscurity.

Their final three league matches of the season are against Arsenal, Leicester City and Aston Villa before they look to lift a second Champions League trophy on May 29.