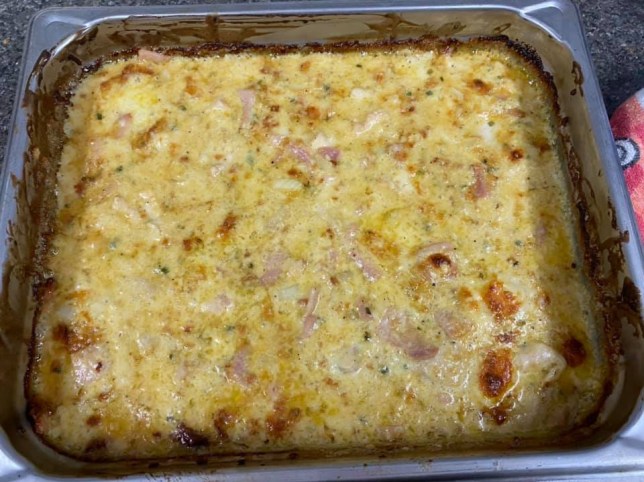 The finished result is a creamy and cheesy delight (Picture: Facebook)

When it comes to TikTok trending food, we’ve had quite the year.

From feta pasta to Dalgona coffee, tasty and easy dishes have been the order of lockdown so far. And there’s a new kid on the block.

Apparently, the next food we’ll all be cooking (and clearing out stores of ingredients because of) is French onion chicken.

It’s a simple but tasty dinner idea that uses up items you likely already have.

The best part is, there’s no chopping onions, as the ingredient that gives it its flavour is a sachet of French onion soup mix.

On TikTok, the hashtag ‘French onion chicken’ has been searched more than 348,000 times by users, and recipes have been making their way onto other platforms like Facebook.

One home cook who tried out the recipe and shared results on Facebook said: ‘I am so surprised it tastes THIS good. I added onion, salt and pepper, and that’s it. Probably cost $16 and would easily feed six adults!’

If you’re thinking you want to try it out for yourself, you’ll need the following ingredients:

You will have to do your measuring based on quantities you’d normally have, as the TikTok tutorials all seem to be about guesstimation.

Sprinkle your soup powder in the bottom of an ovenproof dish, before adding enough cream to cover the bottom. 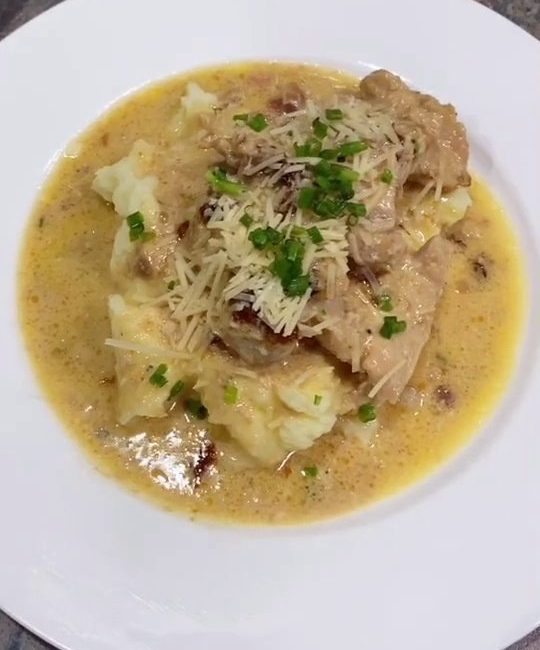 Next, chop your chicken, cheese, and bacon into bite-sized cubes, and slice your chives finely. Put everything in your tray and give it a good mix.

Place in the oven at around 200C, baking until it’s golden and hot.

You can add in anything you’d like, whether that’s fresh onions, extra herbs, or different cheeses to change the taste and texture.

Similarly, vegans and veggies could swap out the ingredients for plant-based.

Many of the TikToks see the dish serves with potatoes, but you could just as easily have with veg if you’re trying to cut back on your carbs (dare we say, most of this recipe appears to be keto).

So, anyone struggling with ideas for dinner tonight has no excuse.