THE Masked Dancer unveiled Jordin Sparks as the Exotic Bird during Wednesday’s episode. 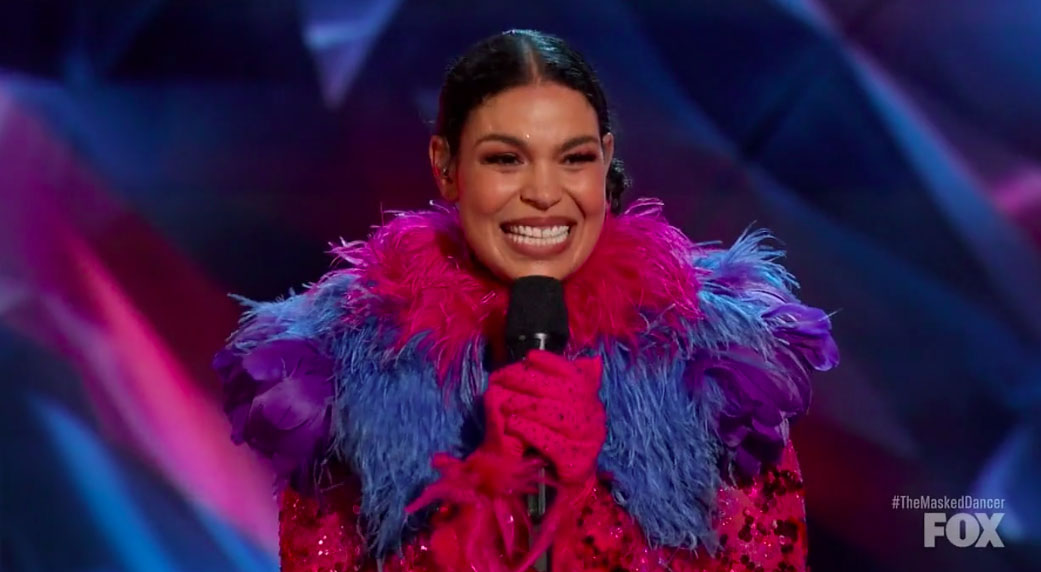 Jordin was unmasked during Wednesday’s episode of The Masked DancerCredit: Fox

Paula, 58, freaked out when Jordin’s identity was revealed during the latest episode of The Masked Dancer.

After she was unmasked, Jordin said: “They told me that you were going to be on here and I was like, ‘Paula knows me. She knows how I am on stage so she’s going to know me.’”

Paula then congratulated her, while fellow panelist Ken Jeong said America is “getting goosebumps” from the reunion with Jordin and Paula.

Jordin said she was so happy to “showcase her talent in a different way,” while she was also able to prove to her son that “it’s cool to do things that scare you sometimes.”

The Battlefield singer then told Paula: “I want to hug you but I know I can’t!”

Paula responded: “I’m so happy for you for all of the success in your career. I love you!”

In addition to Paula, Simon Cowell and Randy Jackson also served as judges when Jordin competed on American Idol in 2007.

Jordin beat out runner up Blake Lewis and third place winner Melinda Doolittle as she was crowned the winner of the singing competition show.

Before Jordin’s identity was revealed, the panel of judges each took turns guessing who was behind the mask.

Both Paula and Ashley Tisdale correctly guessed that Jordin was the contestant.

The singer is the sixth contestant to be eliminated from The Masked Dancer.

Ice-T was unmasked during the premiere episode of the series, followed by the big reveal of Bill Nye the Science Guy being unmasked after competing as the Ice Cube.

During the third episode, kidnapping survivor Elizabeth Smart was revealed to be competing as Miss Moth.

Meanwhile, singer Brian McKnight was then unmasked after he was eliminated while competing as The Cricket.