The Australian star, 28, is once again chasing Masters glory as he heads into the final round at Augusta in second place. 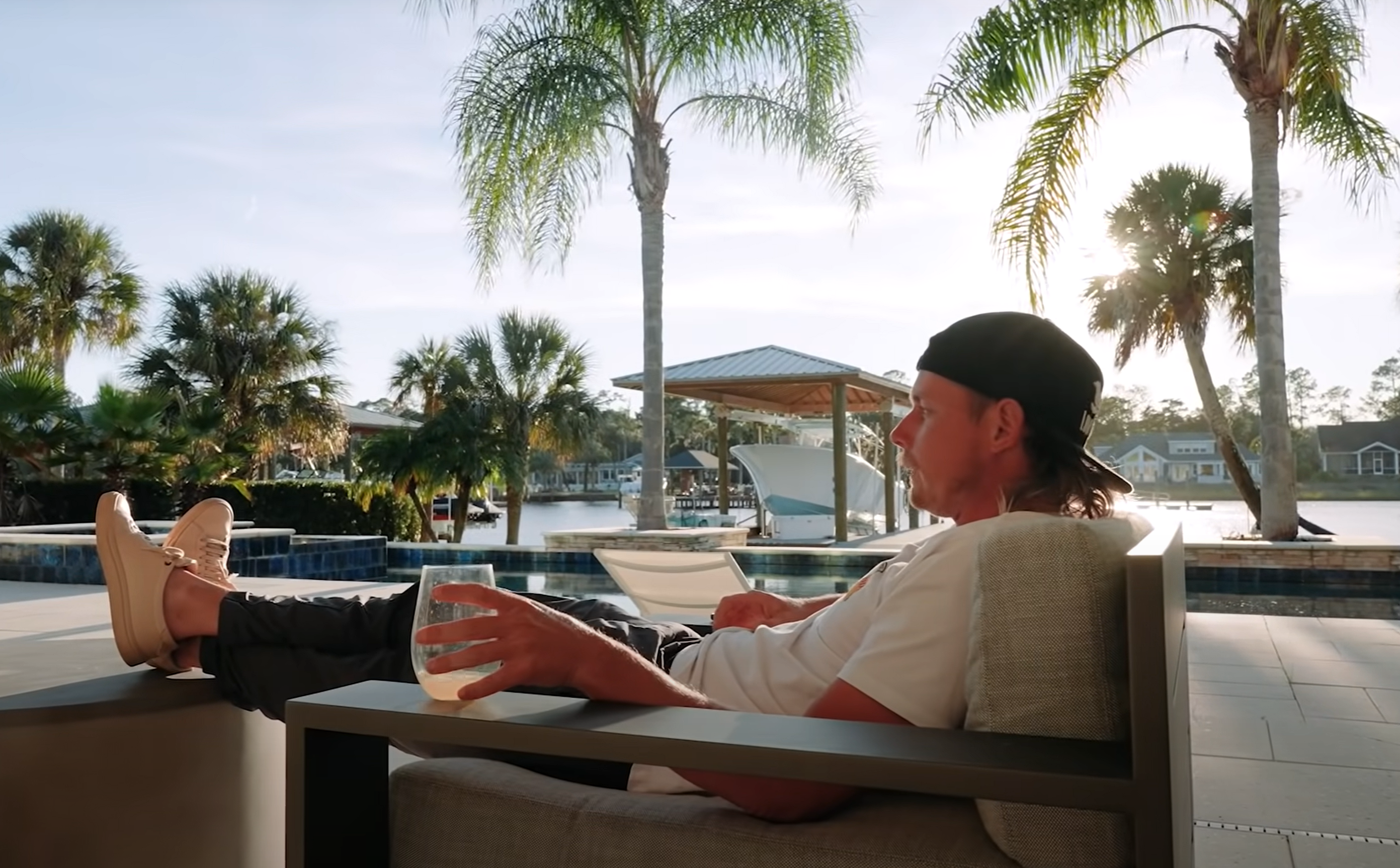 The Australian star can relax in a stunning garden and pool areaCredit: Reuters 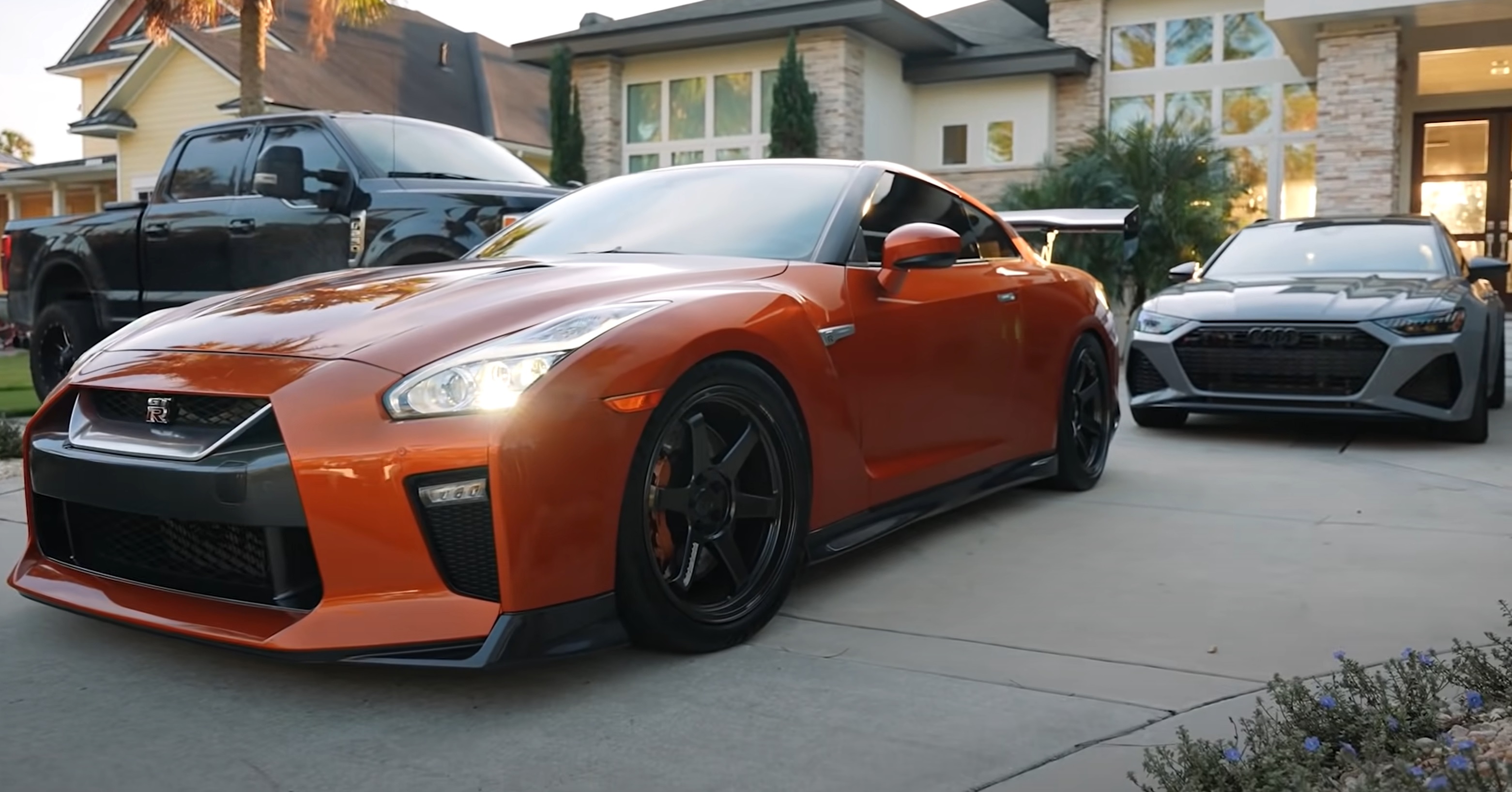 His fleet of high-performance cars sit ready in the drivewayCredit: YouTube @pgamemes 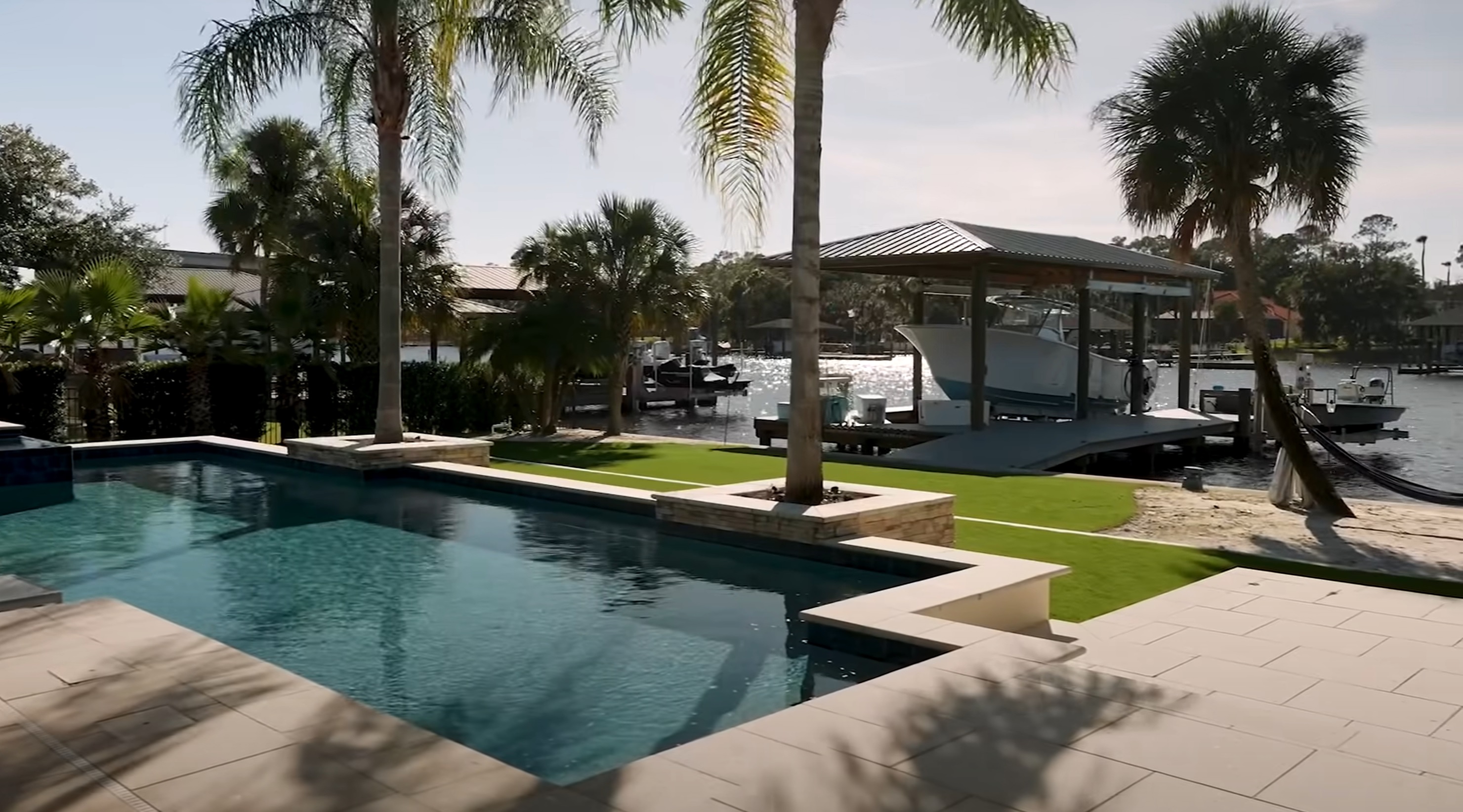 As well as a pool, there’s also a mooring for two fighting yachtsCredit: YouTube @pgamemes 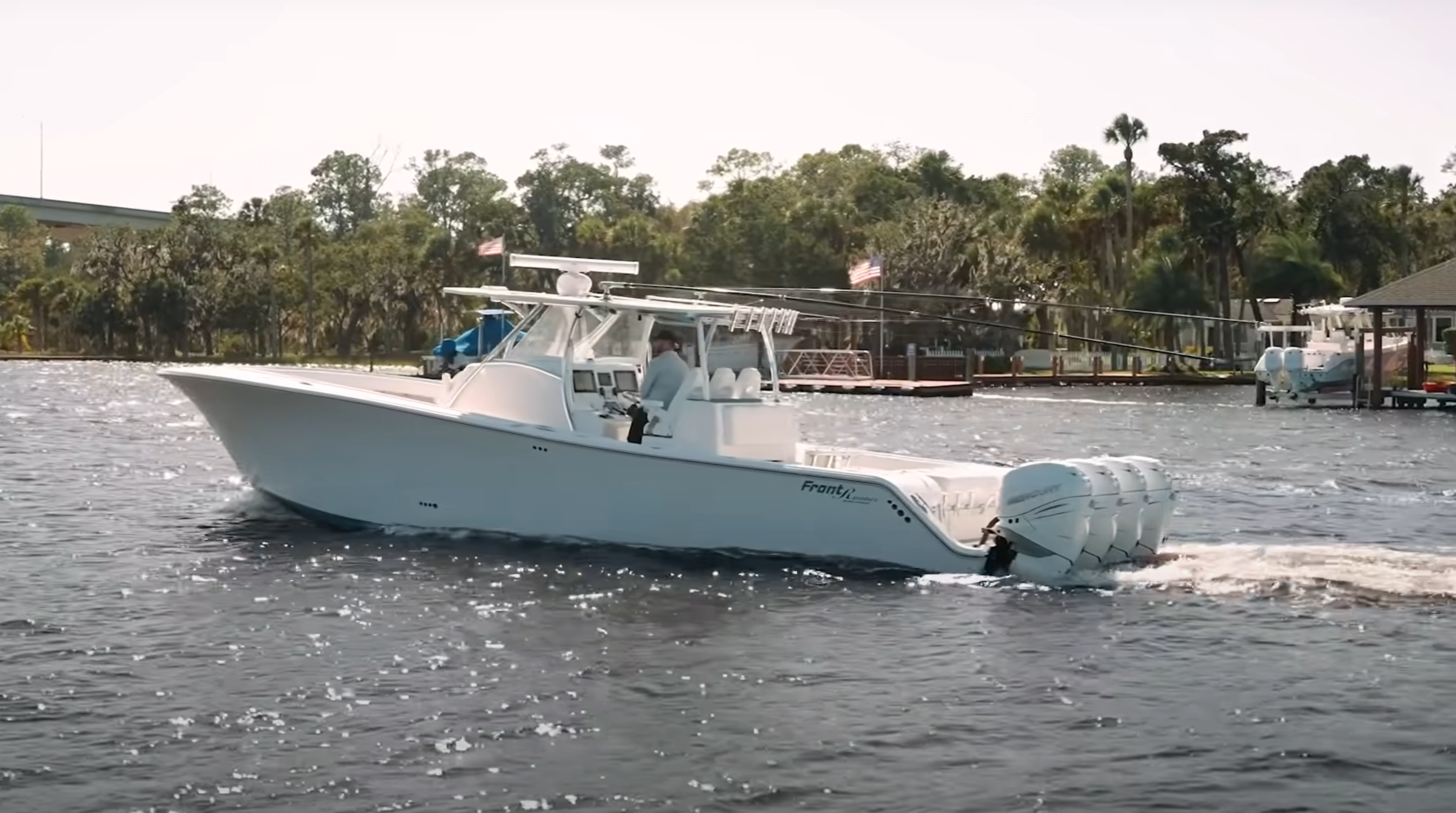 Smith is the proud owner for a Front Runner 39Credit: PA:Press Association

Since turning pro way back in 2013, Smith has made the switch from living Down Under to setting up residence in the Sunshine State.

He’s been in Jacksonville for more than seven years since shifting his entire life across the Pacific to target success in the PGA Tour.

The move has certainly paid off, with Smith finishing runner-up at the 2020 Masters and boasting an estimated net worth of $6m.

Now he spends his downtime away from the course in a stunning $2.4m pad in luxury Ponte Vedra Beach, purchased in April 2020.

Set out over 5,350sq feet, the property has stunning views of the local waterways and is just a stone’s throw away from the Atlantic.

And Smith let fans have an in-depth tour of the property after letting PGA Memes take a snoop around late last year.

Inside is clean and bright, with a huge central room combining a kitchen, living space and dining area for open-plan living.

When Smith wants to kick back after a hard day out on the course there’s a huge wall-mounted TV, mini-fridge, and dartboard in the living room.

Smith explains: “I love it. There’s really good people around Jacksonville and I’m lucky to have good neighbors.

“[My drink of choice] at the moment is Guinness. I’m on the Guinness train at the moment, but I really love a Bees Knees [cocktail].”

Smith doesn’t even have to leave the property to get in his daily workout, with a large gym set up inside his garage.

And he’s the proud owner of an epic race simulator, complete with full race wheel, pedals and three TV screens for panoramic views.

He explained: “This is my timewaster. When I’m bored I come up here and I like to drive cars.”

Smith isn’t just a virtual petrolhead and has a fleet of impressive motors at his disposal, taking pride of place on the front driveway.

He owns a grey Audi A4 Wagon – or the ‘everydayer’ as he calls it – which is a relative newcomer to the US.

“They finally brought them into the States and they’re a pretty popular car back in Australia.”

Also in the collection is a ferocious modified Nissan GT-R, which can go from 0-60mph in around three seconds and pumps out 700bhp.

Bought after his triumph in the 2017 Zurich Classic, Smith broke the bank to buy his dream wheels.

The cars sit on the 0.55acre grounds of the property, where there’s also an outside lounge area complete with barbeque and TV.

And there’s even a perfectly cut lawn for Smith to practice his putting before heading off on Tour.

A swimming pool looks out on the waterway which runs parallel to the house, where Smith houses his two fishing yachts.

An avid angler, Smith was memorably booted off Harbour Town Golf Course in Savannah by security after trying to fish in the nearby lake.

He should have no such problems with his own personal vessels, which allow him quick access to the creek.

He’s a proud owner a Front Runner 39, which the company describes as their ‘flagship model’.

Featuring a slide-out cooler, fourteen-rod holders, and a huge 540 gallon fuel tank, the boat is perfect for weekends away from the pressures of the golf course.

Smith continues: “You can do anything off it.

“You can fish off it, you can just have a good time on it, there’s a bar etc. I just love it.”

Smith continues his quest for the Masters title on April 10, as he tees off just three shots behind Scottie Scheffler in second place. 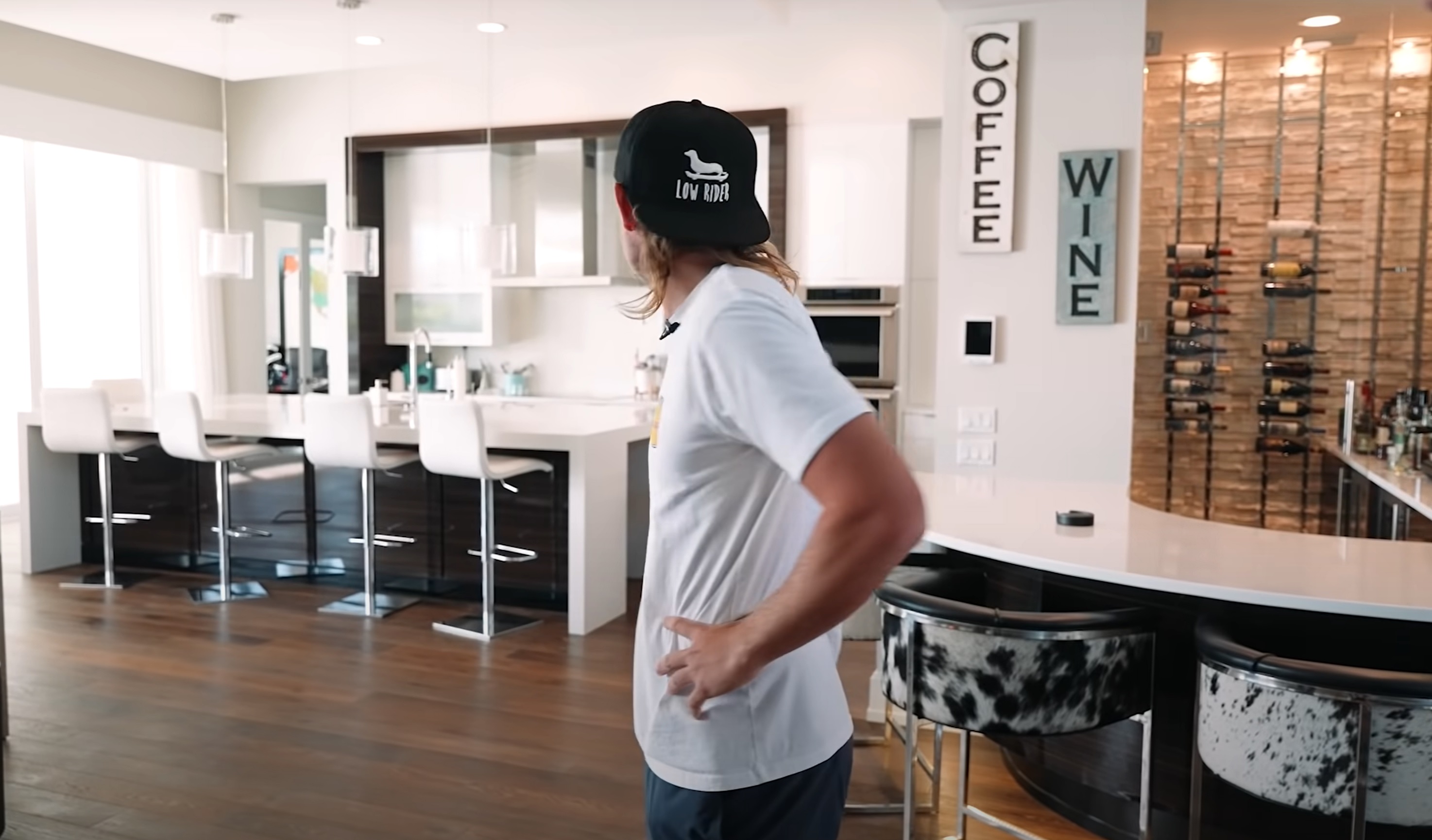 Alongside the kitchen is a fully-stocked bar and coffee area 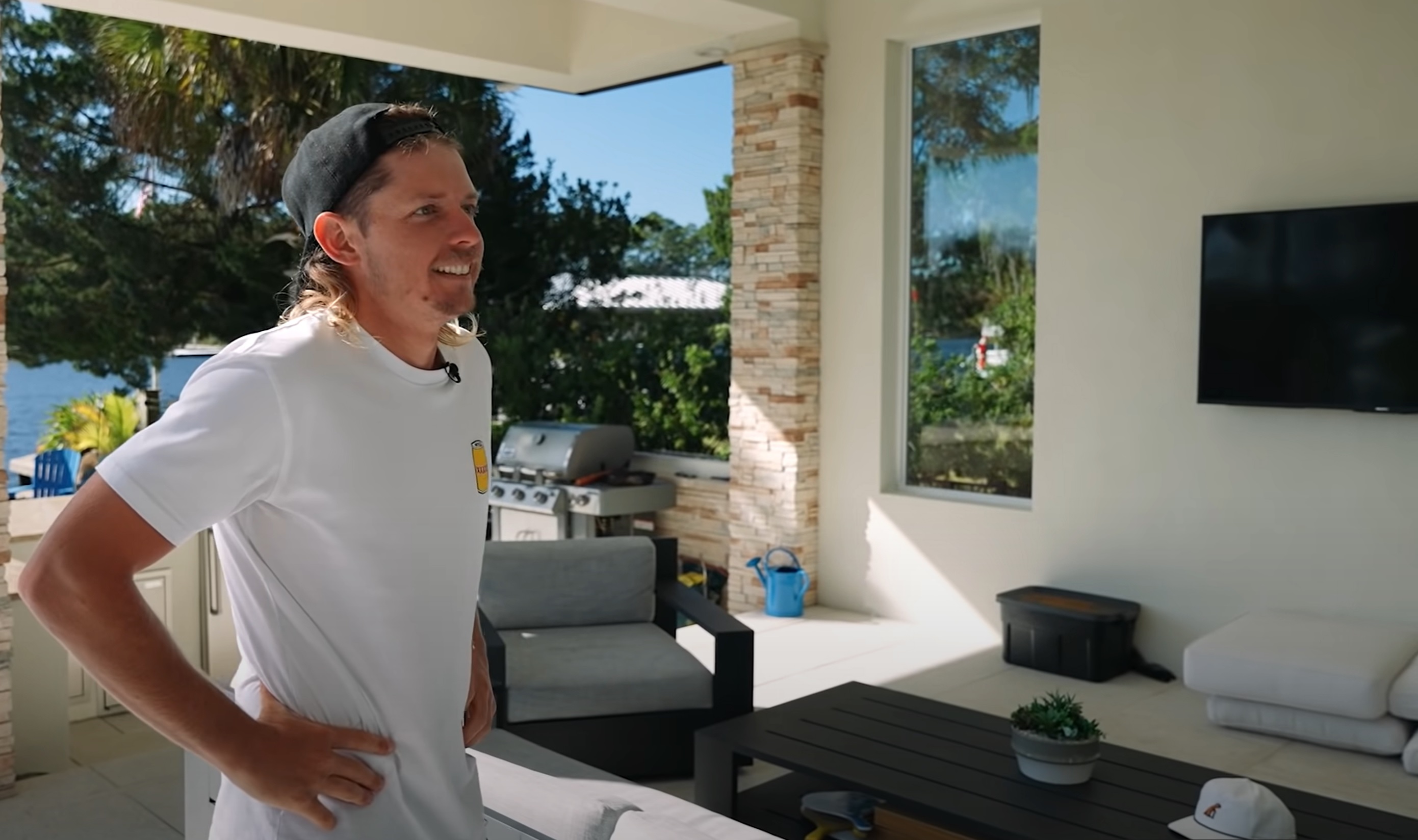 The PGA star has an outside seating area complete with TV and barbequeCredit: YouTube @pgamemes 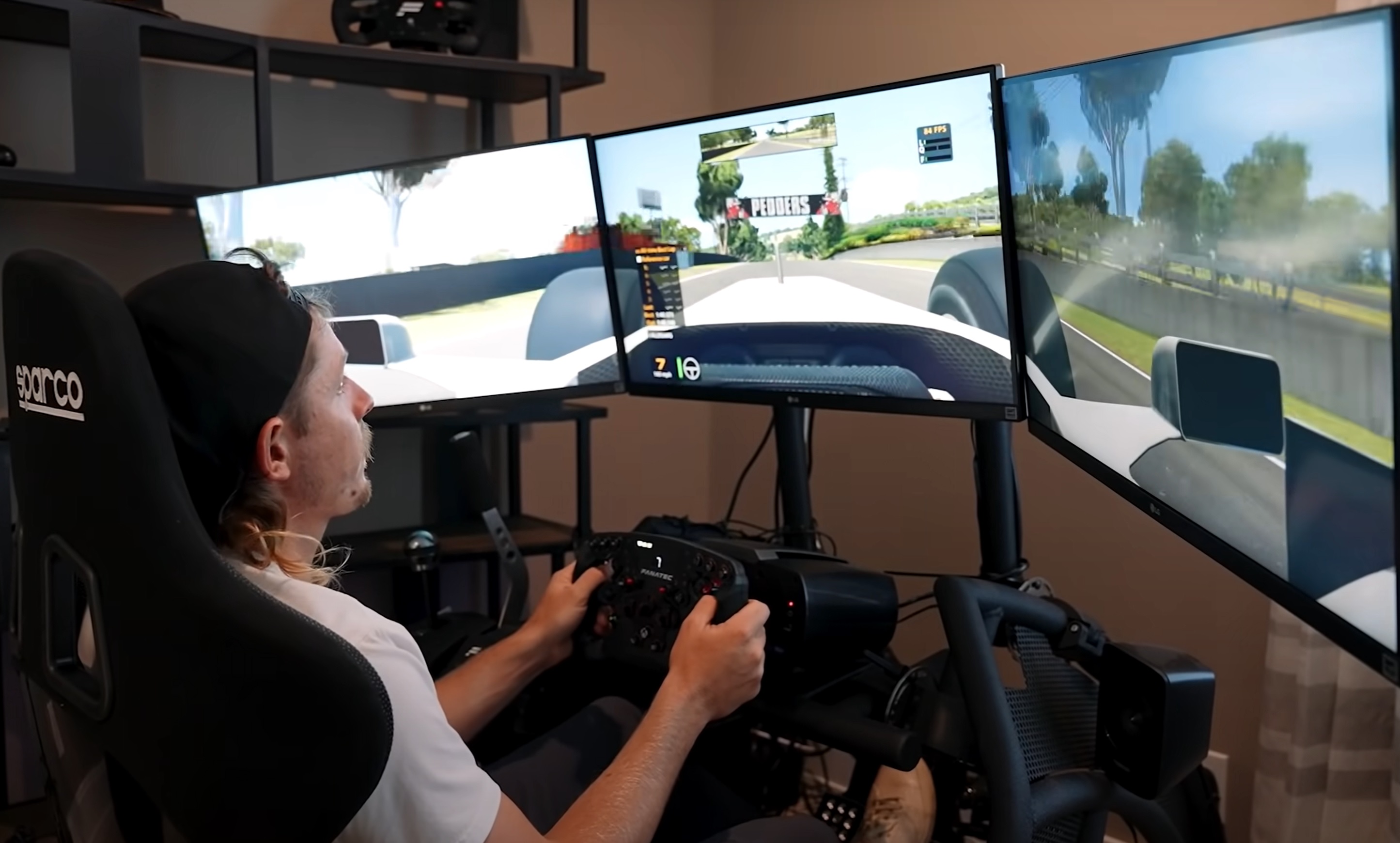 The petrolhead built his own custom racing simulatorCredit: YouTube @pgamemes 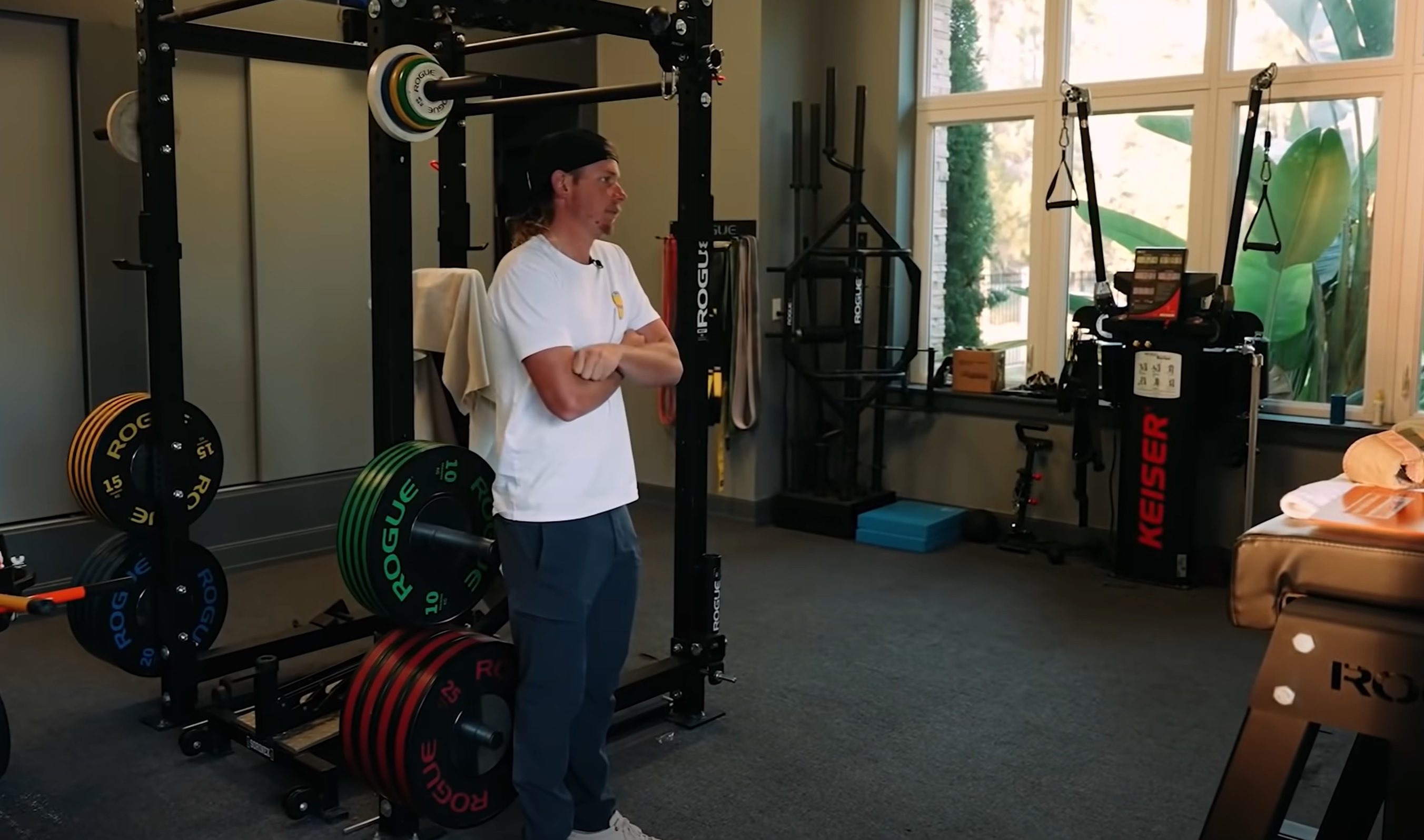 There’s also a home gym to keep up with workoutsCredit: YouTube @pgamemes 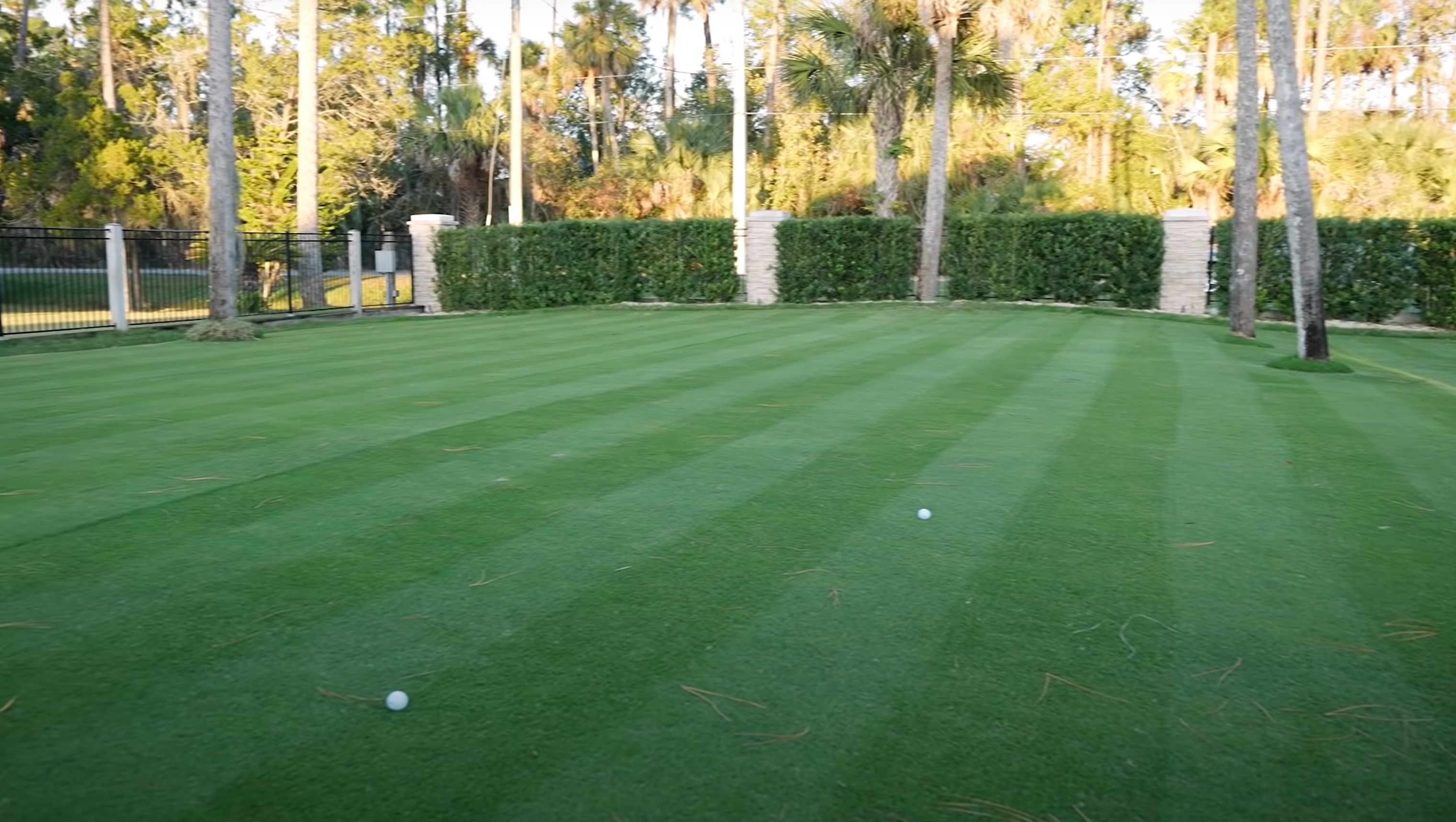 The lawn is cut short to be used as a practice putting greenCredit: YouTube @pgamemes 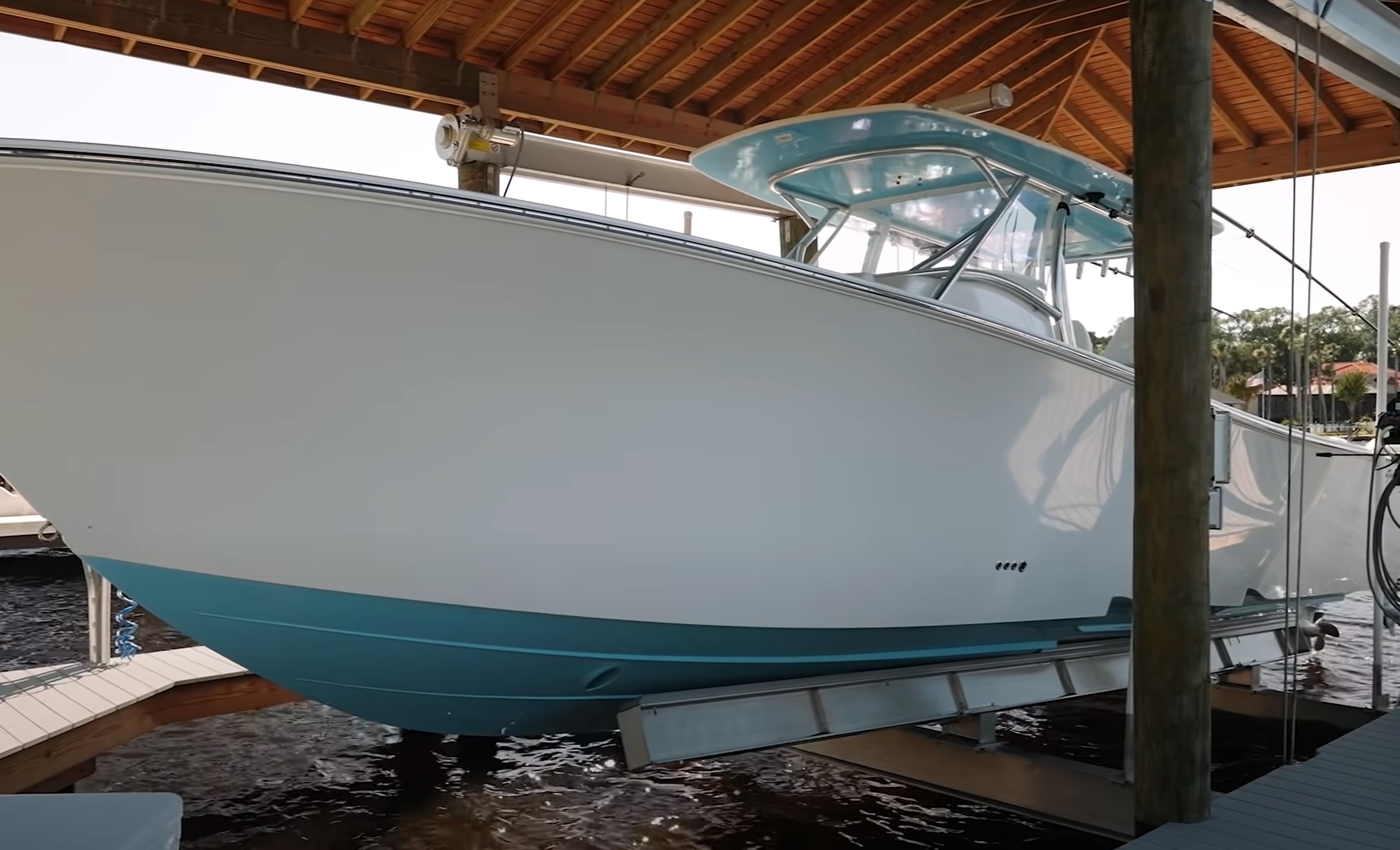 Smith says he takes his boat out fishing ‘once or twice a week’Credit: YouTube @pgamemes 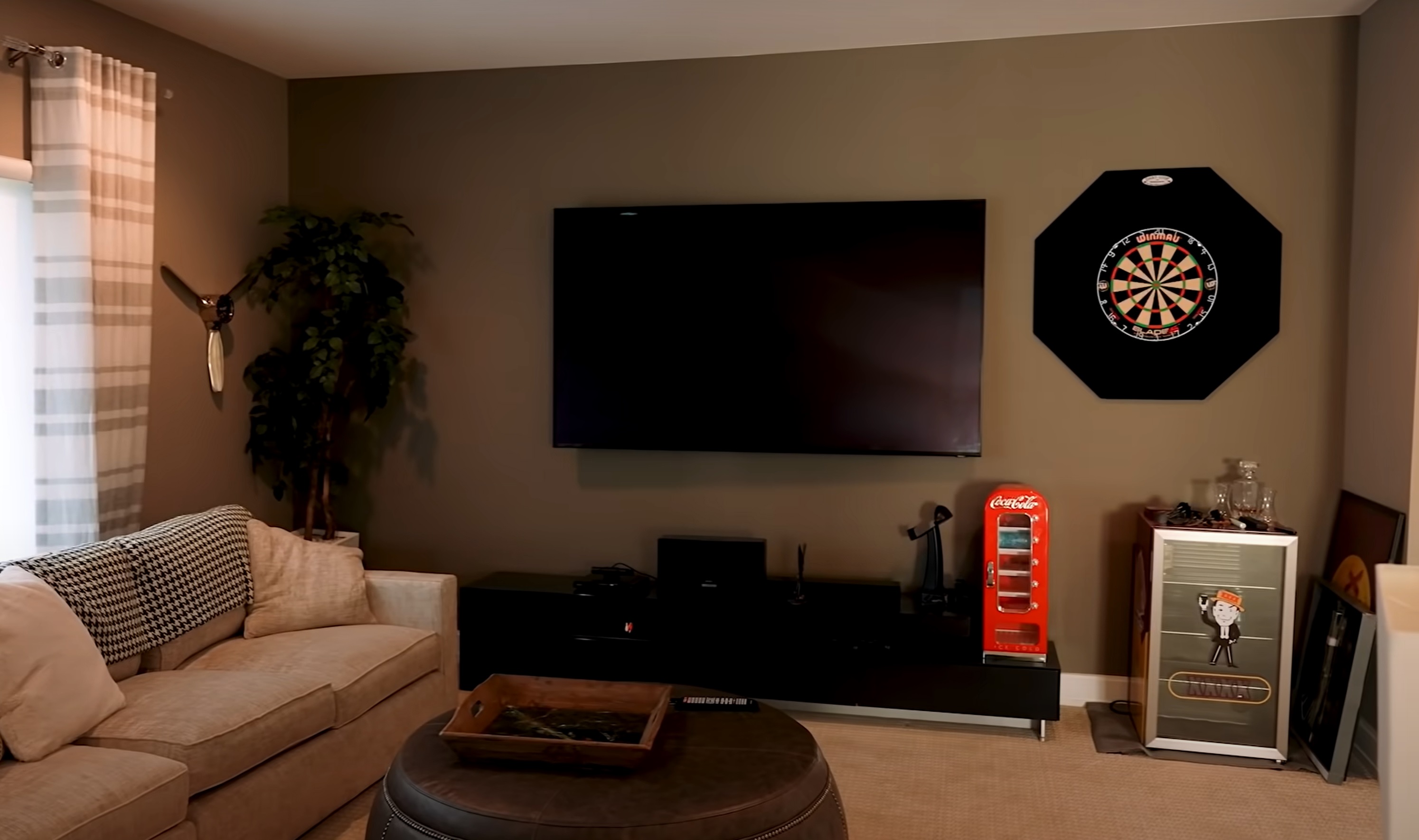 The pad has an indoor living room complete with mini-fridge and dart boardCredit: YouTube @pgamemes