MASS testing is being carried out in Canterbury amid a surge in cases of the Indian Covid variant.

Residents are being urged to get tested at one of five mobile testing centres over the next two weeks.

People who have symptoms are able to get tested from 9am to 7pm. 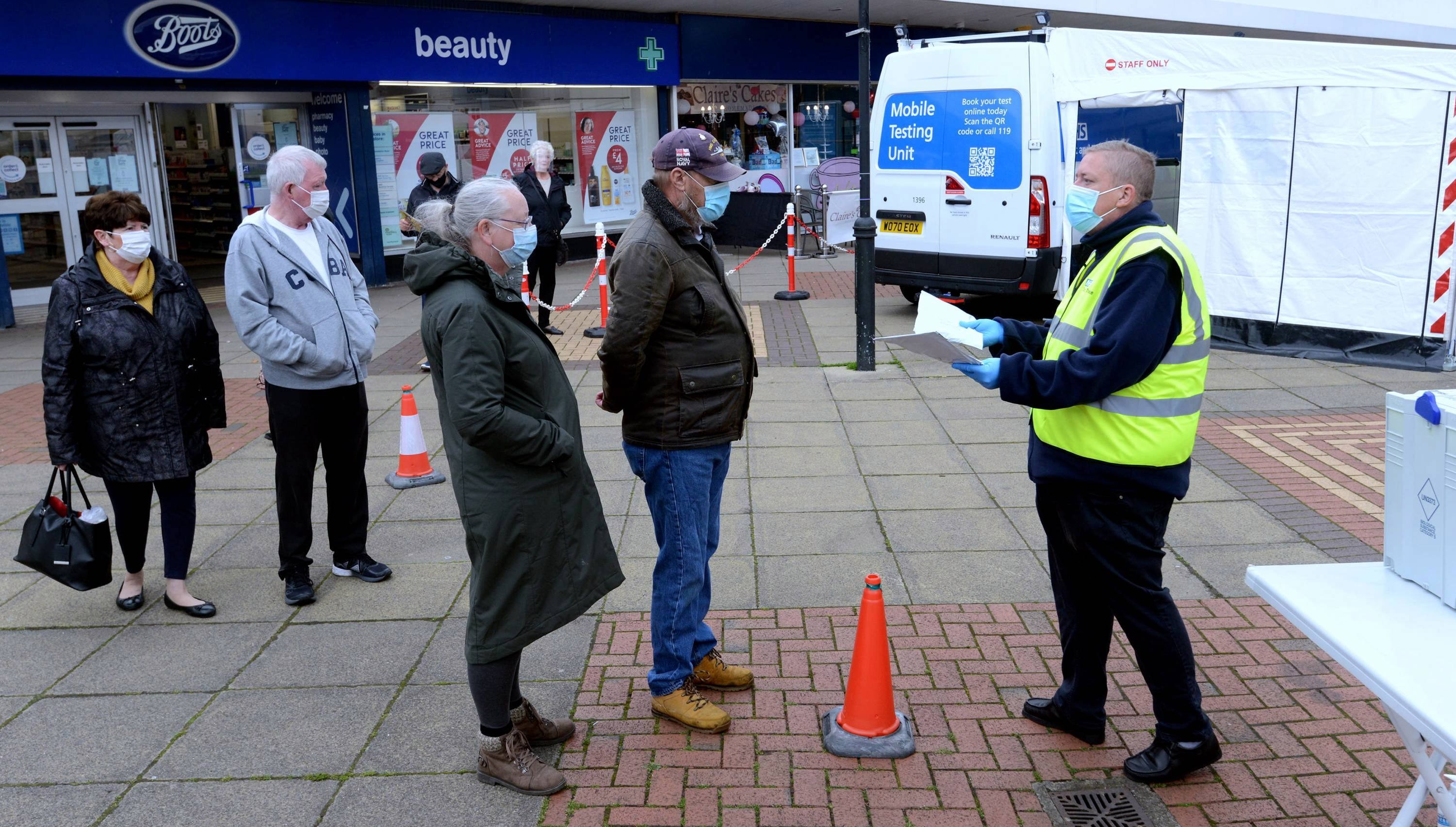 People in Canterbury are being urged to take a Covid test, like these residents in Wallsend, amid a surge in the Indian variantCredit: NNP

Cllr Rachel Carnac, the Deputy Leader of Canterbury City Council said: “I would really urge all residents that qualify, so that’s anyone over the age of 12 that isn’t showing any symptoms of coronavirus.

“And even if they’ve had their vaccinations to come along to one of the park and ride sites in Canterbury, Sturry or here at Wincheap or at New Dover road and have a PCR test.”

It comes after a government adviser warned the total end to lockdown on June 21 is “highly likely to be delayed” as cases of the Indian variant continue to soar.

Joint Committee on Vaccination and Immunisation member Adam Finn said on Monday the lifting of lockdown should be delayed.

He warned that a delay is better than having to shut down again, adding that the Indian variant is “more infectious”.

Asked about whether final restrictions should be eased on June 21, Professor Finn, told LBC radio: “I fear it may be a bad decision to go with it.”

Asked about the businesses which may not survive further delay, he added: “I think they are more likely not to survive if we open up and then shut down again.

“I’m no business person, and shouldn’t really be commenting on business, but it seems to me that if we can progressively get back to a place where we’re living normally that would be the better thing.”

The huge success of the UK’s vaccine rollout is believed to be responsible for recent low death tolls – despite rising cases of the Indian mutation.

Public Health England analysis has shown that only three per cent of people who caught the mutant strain already had both jabs.