THIS is the moment two tradesmen got a massive fright after finding a fox and her litter living under a client’s flooring.

Jamie Gracie, from Carluke, Lanarkshire, was preparing to rewire the property when he discovered the wild animals on Thursday. 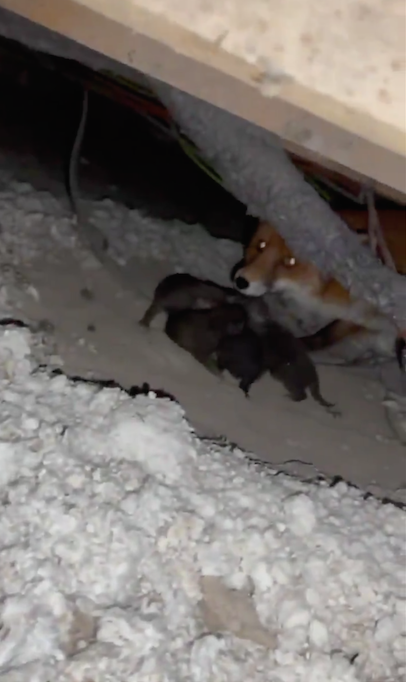 Tradesmen found a fox and her litter of pups living below a client’s flooringCredit: Jamie Gracie/Twitter

He had set his phone to record to get a better look before the flooring before starting the job.

But while scoping out the space he was faced with the curled up and furry body of the adult fox.

Moments later, a litter of pups can be seen in full view.

Sharing the clip on Twitter, Jamie said: “Me and Joshua starting a re wire the day went down under the floor & there is a fox.” 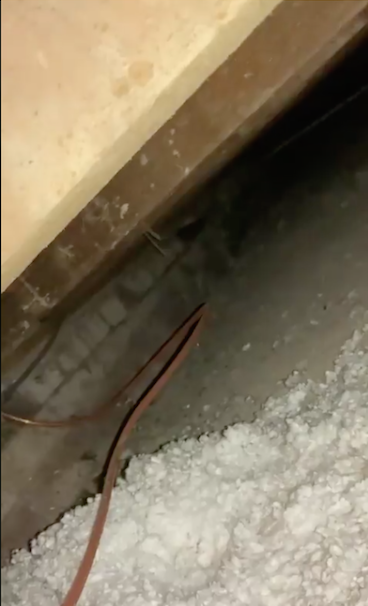 Jamie Gracie had been scoping out the space using his phone when he made the discoveryCredit: Jamie Gracie/Twitter 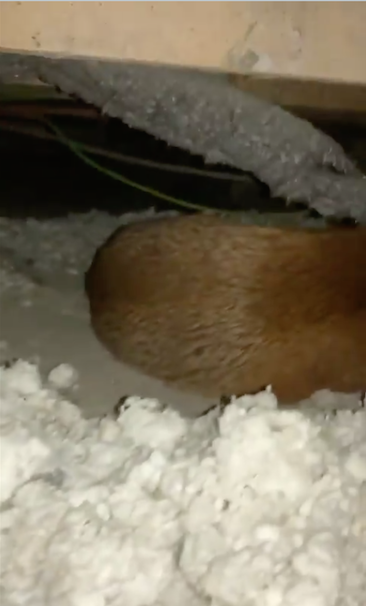 The tradesman yelled ‘oh my God’ after spotting the foxCredit: Jamie Gracie/Twitter 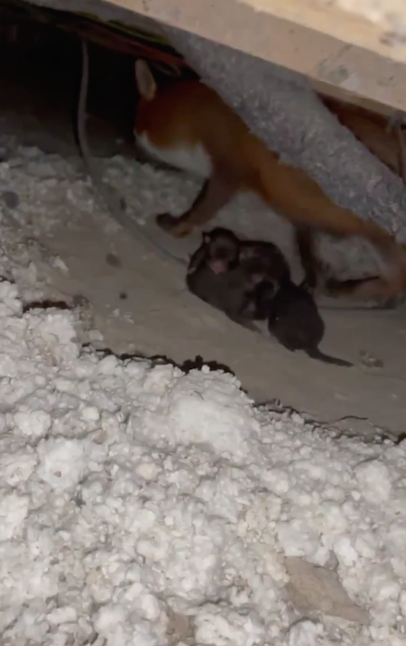 The fox family seemed quite content under the flooringCredit: Jamie Gracie/Twitter

In the first 13-second recording, he can be heard yelling “oh, oh my God” after spying the animals.

Asked what happened to the adorable fox family, Jamie later revealed they were still there, adding: “Not a job for me, no way. [SSPCA] job.”

And his fellow tradesmen have found the videos very relatable.

One said: “Hahahaha the first scout under the floor is the worst.”

Another added: “F*** that mate, better than the spiders ye come across but.”

Meanwhile, a third recalled: “I met a cat under a floor one day while pulling cables to the board, both of us had kittens.”

It’s not the first time a secret has been uncovered in a new home.

This ordinary home hides a fully stocked PUB behind secret door – and it’s on the market.

A woman was stunned to find another room in her house behind a wardrobe – three years after moving in.

And this shocked kitchen fitter found a secret note and gift hidden under flooring 20 years ago.

Prophet Muhammad cartoon ‘had been shown to pupils at school before’