Molly, 21, appeared to be cosulting Helen, 39, on a difficult topic back at their hotel following the live episode and results show. 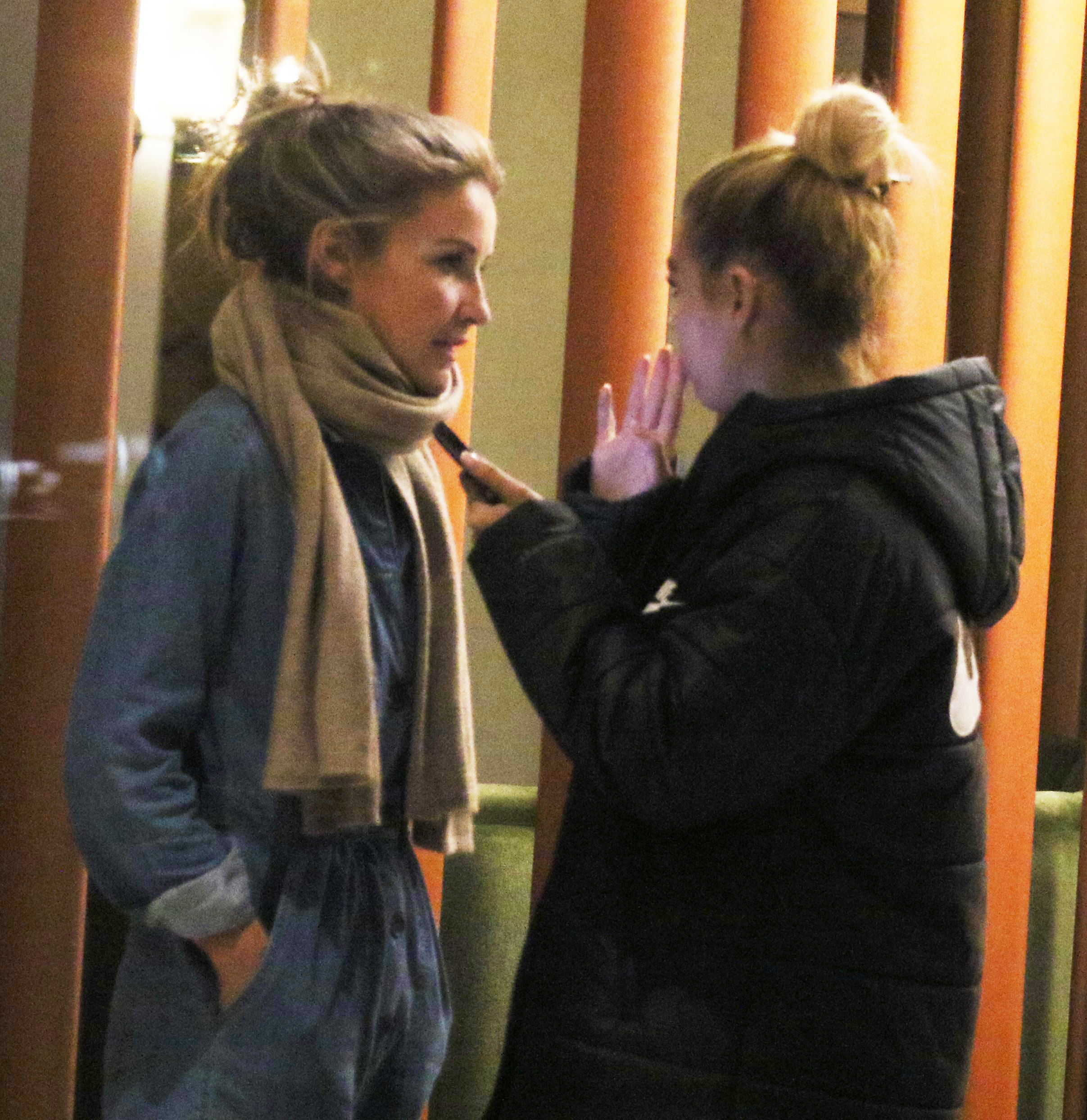 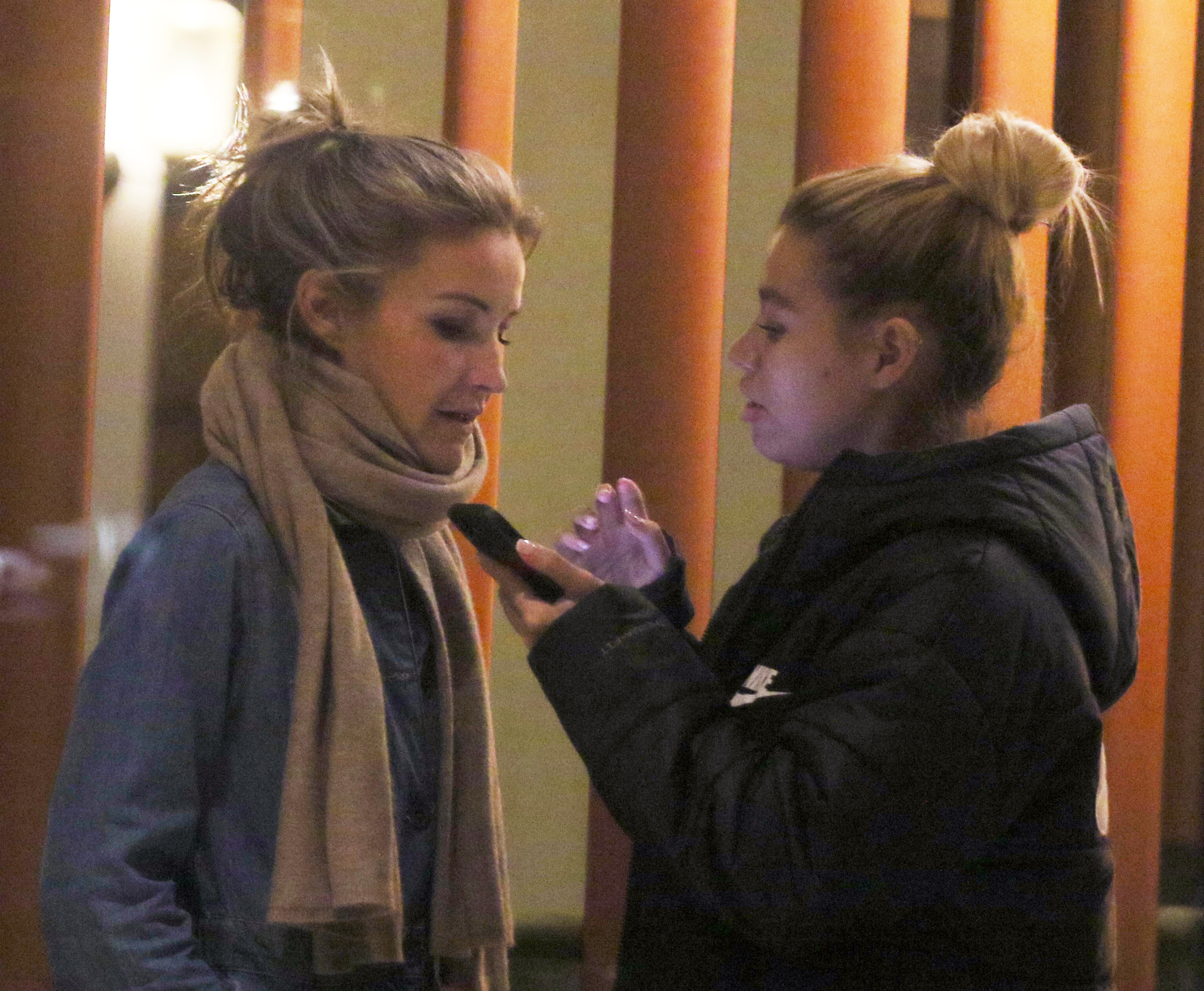 Helen, 39, and Molly, 21, appeared to be having a difficult chatCredit: James Curley 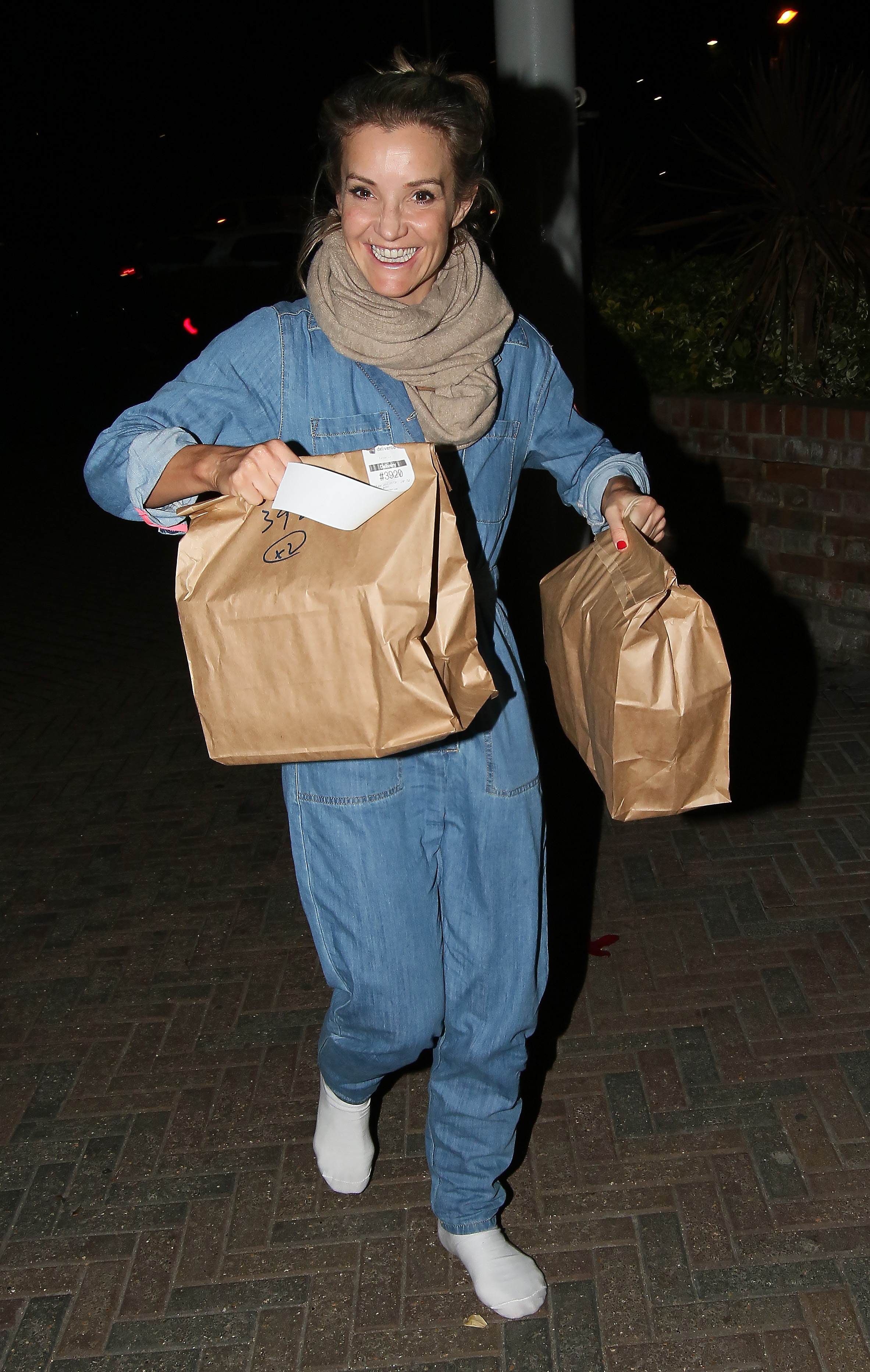 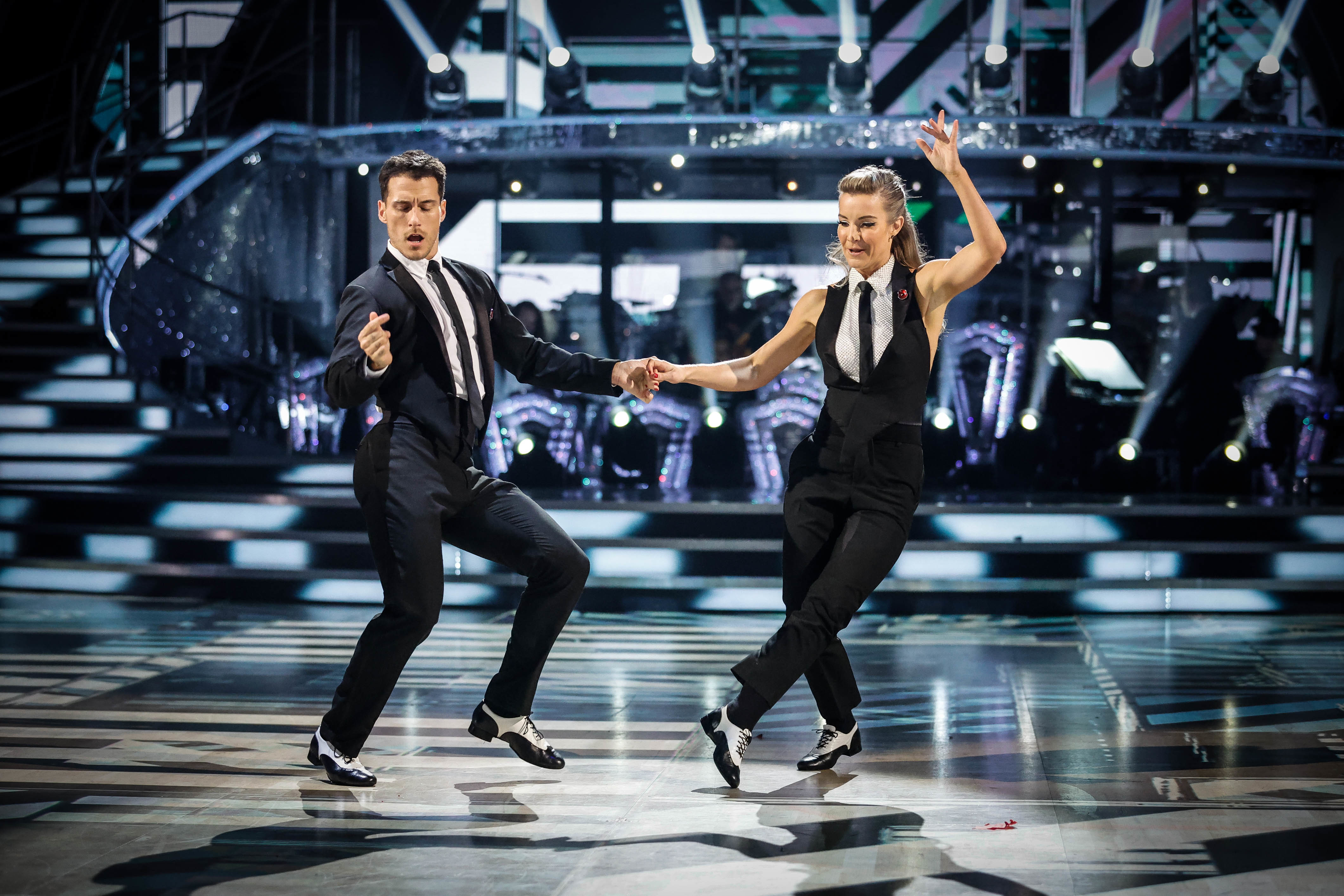 The photos were taken shortly after Hamza Yassin topped the Strictly Come Dancing leaderboard in sparkling fashion with three perfect 10s across the board.

And an expert has claimed that Molly could end up in the bottom two along with Fleur East, who found herself in the dreaded danger zone last week.

“Despite being extremely talented, the pair have clearly found it difficult to hide their emotions – especially while getting negative feedback from the judges,” body language expert Darren Stanton said.

“I think we have seen the limit of what these contestants can show.” 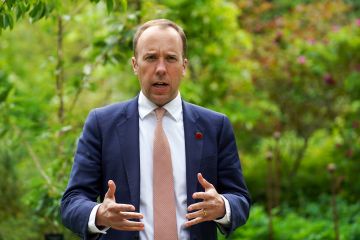 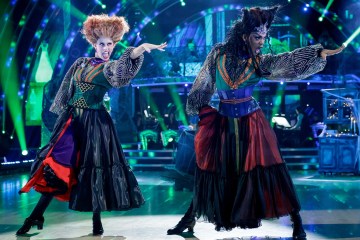 Revealing who he think could win, the expert told Express.co.uk: “I believe Ellie, Hamza and Kym will make it to the final.

“While it’s clear Ellie wants to make it to the final, I believe Kym is underplaying her competitive streak and eagerness to win.

Saturday evening marked the halfway point of the BBC flagship show, with 10 celebrity contestants left battling it out on the dancefloor.

Wildlife cameraman Yassin performed the cha cha cha to The Four Tops’ I Can’t Help Myself (Sugar Pie, Honey Bunch) with his partner Jowita Przystal to secure the top score of 38.

Wearing all black, the presenter and actress secured a score of 37 with a routine filled with lifts and high kicks.

TV presenter Helen and Gorka Marquez also received a score of 37 for their jive to Janelle Monae’s Tightrope while dressed in complementary black and white suits.

Singer Molly and her partner Carlos Gu took on the foxtrot to You Make Me Happy by My Sun And Stars for their routine, which saw them glide across the stage as petals floated down around them, eventually landing 35 points

Also landing a score of 35 was Fleur and Vito Coppola for their waltz to I Guess That’s Why They Call It The Blues by Elton John.

Meanwhile Ellie Simmonds had the audience and some of the judges on their feet after delivering a lively Charleston with partner Nikita Kuzmin to Too Darn Hot by Kiss Me Kate.

Dressed in a fringed crimson red dress, the Paralympian champion performed multiple spins and kicks to secure a score of 33.

Tyler West and Dianne Buswell performed an elegant Viennese waltz to I’ve Been Loving You Too Long by Seal for their routine to land a score of 29.

Craig Revel Horwood said the dance was a bit “too pedestrian” and felt their transition needed to be “more graceful”, but praised Tyler’s dancing ability.

Ted Lasso actress Ellie Taylor and Johannes Radebe delivered a dramatic Rumba to Alone by Heart but it did not quite find favour with the judges, who scored it a 22 overall.

Craig said: “I felt it was a little bit stiff, actually, and it felt like you were just walking around.

“There was actually no resistance and any sort of hip action and that’s what we’re looking for mainly in this dance, and therefore it lacked passion, I’m afraid.”

Meanwhile, former England footballer Tony Adams may be in trouble as he landed bottom of the leaderboard again after his salsa to I Know You Want Me (Calle Ocho) by Pitbull with Katya Jones.

Dressed in a low-buttoned shirt and attempting some dramatic lifts, the pair were brought down by a number of mistakes which left them with a score of 21 points. 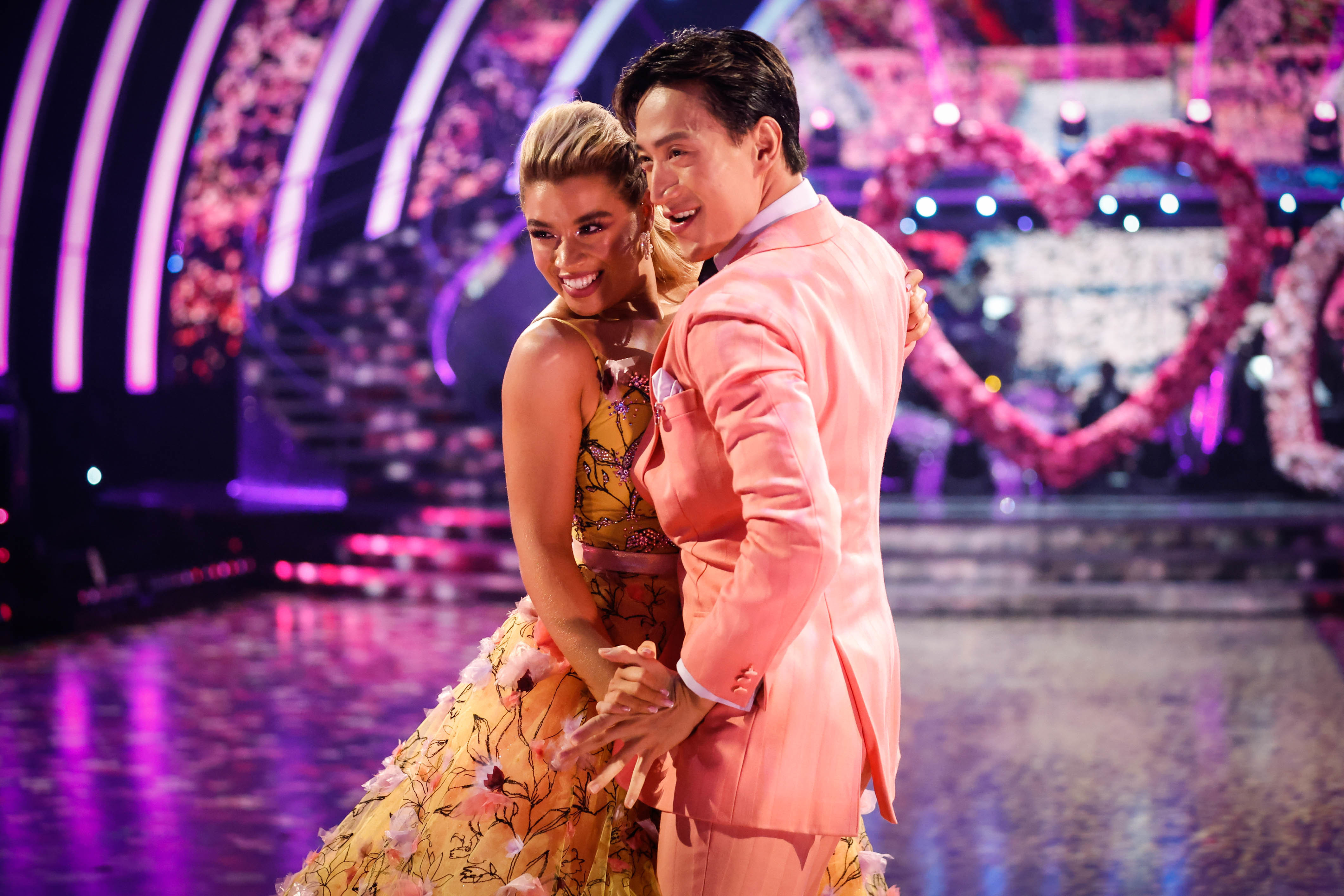 A body language expert has claimed Molly could be in the bottom two tonightCredit: PA