STRICTLY Come Dancing’s Ellie Simmonds has spoken out about the bizarre video filmed last week where she was caught hysterically laughing and talking to herself on the floor of the rehearsal studio.

Her pro dance partner Nikita Kuzmin posted a video on Instagram Stories where Ellie was seen rolling around on the floor, talking to herself when she didn’t think he was looking. 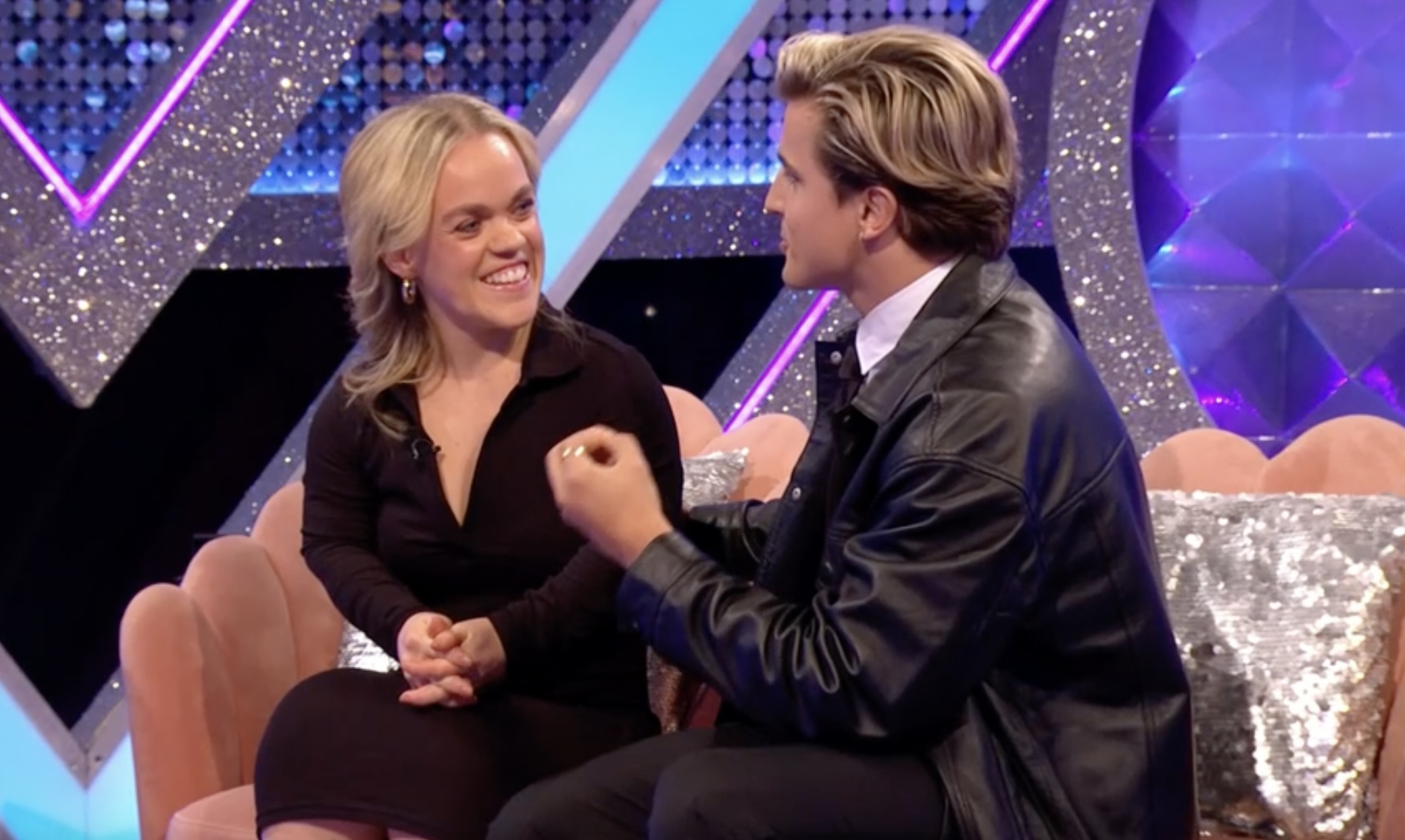 Ellie and Nikita appeared together on Tuesday evening’s It Takes TwoCredit: BBC 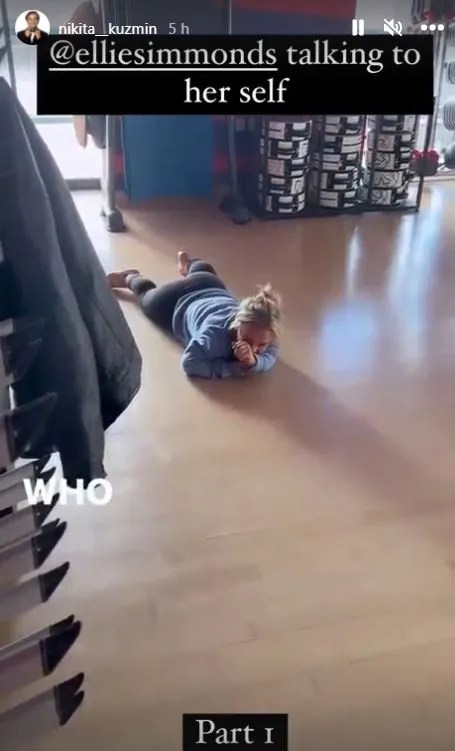 Ellie was seen talking to herself as she rolled around on the floor in the bizarre videoCredit: Instagram

In the clip, Ellie was rocking back and forth face down on the floor repeating: “Yes Ellie, you can. You can stay in there. Okay.” before getting the giggles.

Laughing along at what Ellie was doing, Nikita asked: “Who are you talking to?” which causes her to finally notice that he’s there.

“Okay Stop. This is how bamboozled my brain is getting,” she instructed him through hysterical laughter. “Speaking to myself. I was going to play something out.”

After that she collapsed on the floor again laughing, telling him that her “brain is fried”.

Appearing on Tuesday’s episode of It Takes Two, host Rylan Clark brought up the video to ask her what on earth was going on.

“I was re-enacting a conversation that I was gonna have and he [Nikita] filmed it,” Ellie explained. “And it was a Thursday, I was really tired, really exhausted, delerious from all the training that we’d done, and you filmed it!

“Afterwards, we just could not stop laughing. I had one of my hysterical laughing fits and I just was like, ‘hahahahaha’. That’s what I was like, you caught it all and I didn’t even realise you were getting that – but do you know when you just talk to yourself? That’s me.”

Nikita backed her up, and laughed: “Honestly, how would it be possible not to have fun with such a person in the room? She’s always laughing, she’s always saying something funny, something random.”

After performing an homage to silent films in Movie Week last week, Ellie and Nikita are gearing up for something a bit more upbeat – a salsa to I Love Your Smile by Shanice.

Rylan commented it must be “Ellie’s song” considering she is always so positive and smiley in the competition. 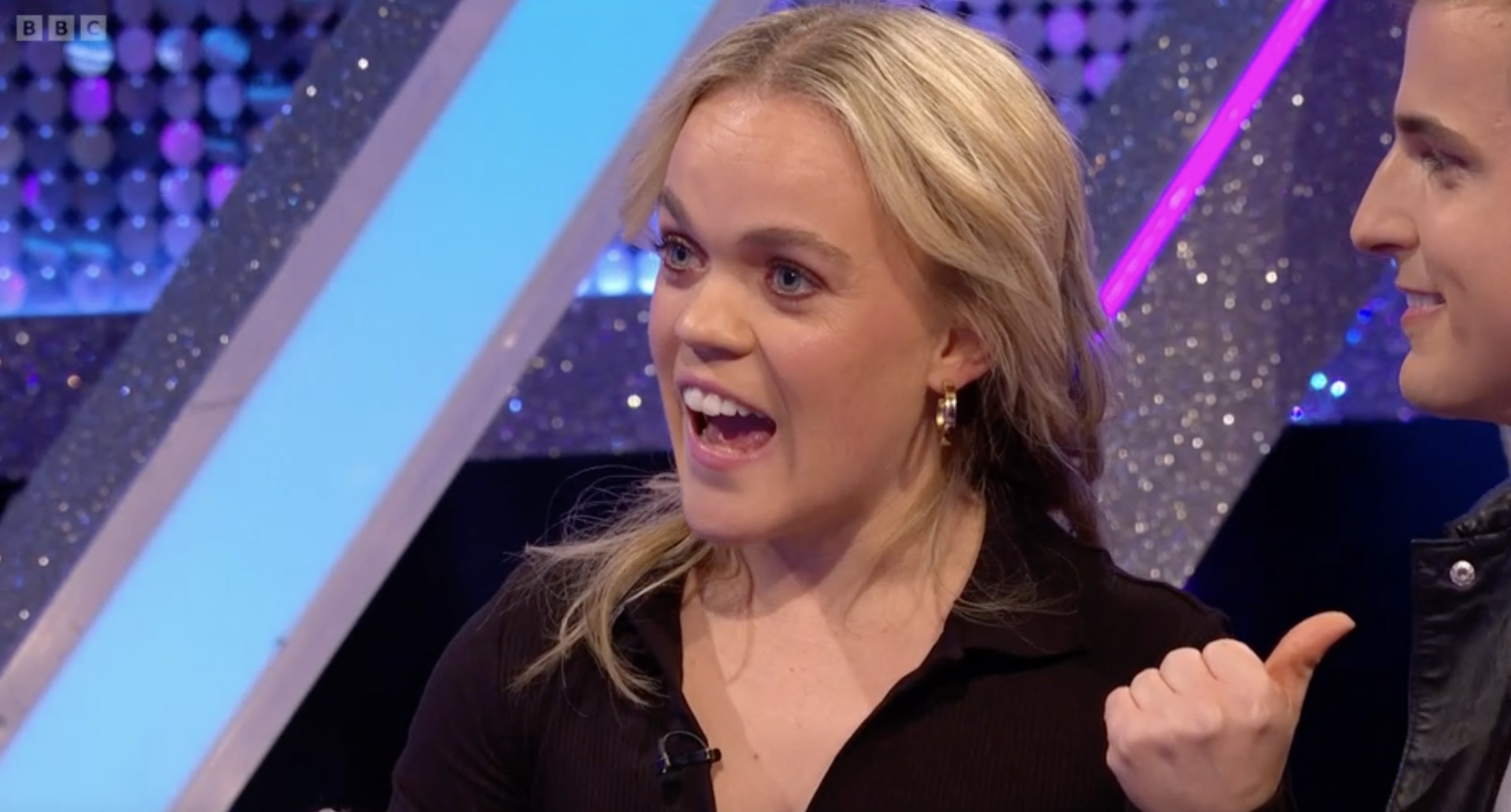 Ellie explained she had a laughing fit brought on my exhaustionCredit: BBC 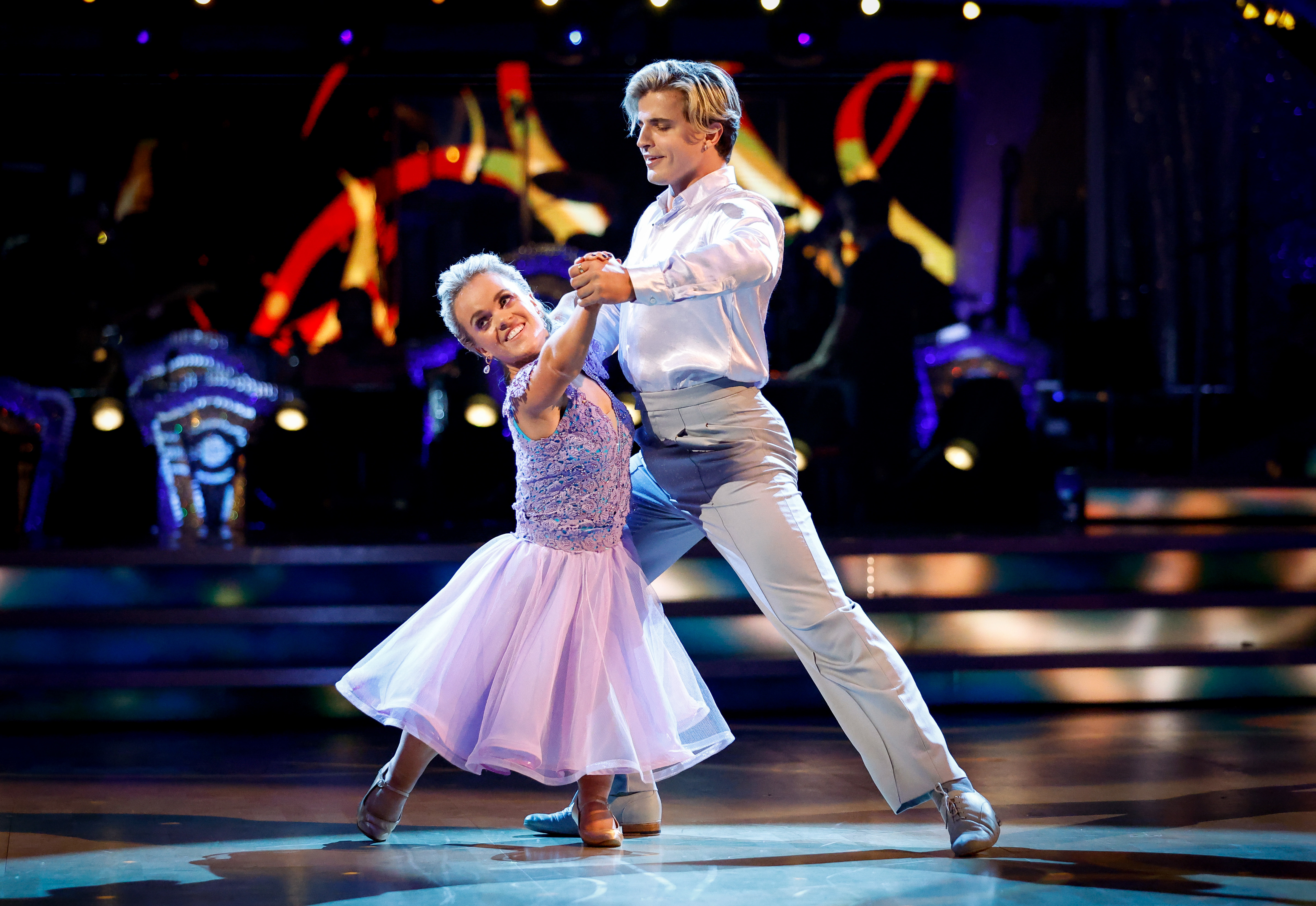 Ellie and Nikita have been charming audiences with their routinesCredit: BBC