TONY Adams was lost for words after avoiding the axe in tonight’s Strictly results show.

The former footballer was spotted being given a firm “telling off” by his dance partner Katya Jones last night after making mistakes in his performance. 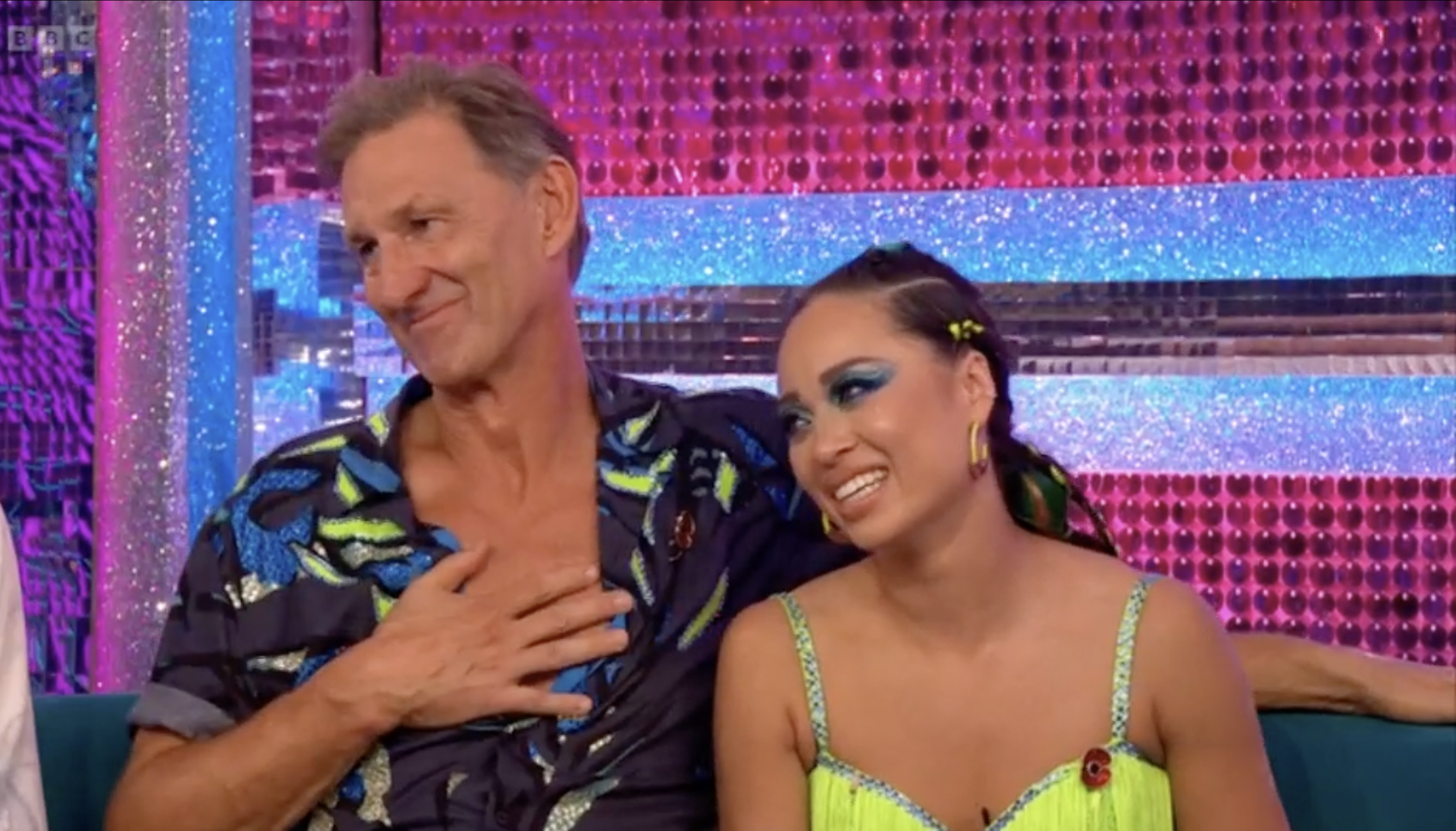 Tony Adams put his hand on his heart

Tony, 56, ended up at the bottom of the leaderboard and feared he would be booted out over the errors.

But he was saved by fans who left Ellie Simmonds and Molly Rainford to battle it out in the dance-off.

When Tony joined Claudia Winkleman after the results were announced, the other saved stars Ellie Taylor, Helen Skelton and Fleur East all spoke about what going through to the next week meant to them.

But Tony just placed his hand on his heart as Claudia revealed the song he’s dancing to next.

Another said: “Notice how Tony didn’t get to talk about how pleased he is to still be in? I don’t think he actually is.”

It’s after Tony was seen having a heated “argument” with Katya while on air last night.

The pair were seen having an intense exchange of words in the background as hosts Claudia Winkleman and Tess Daly ended the show. 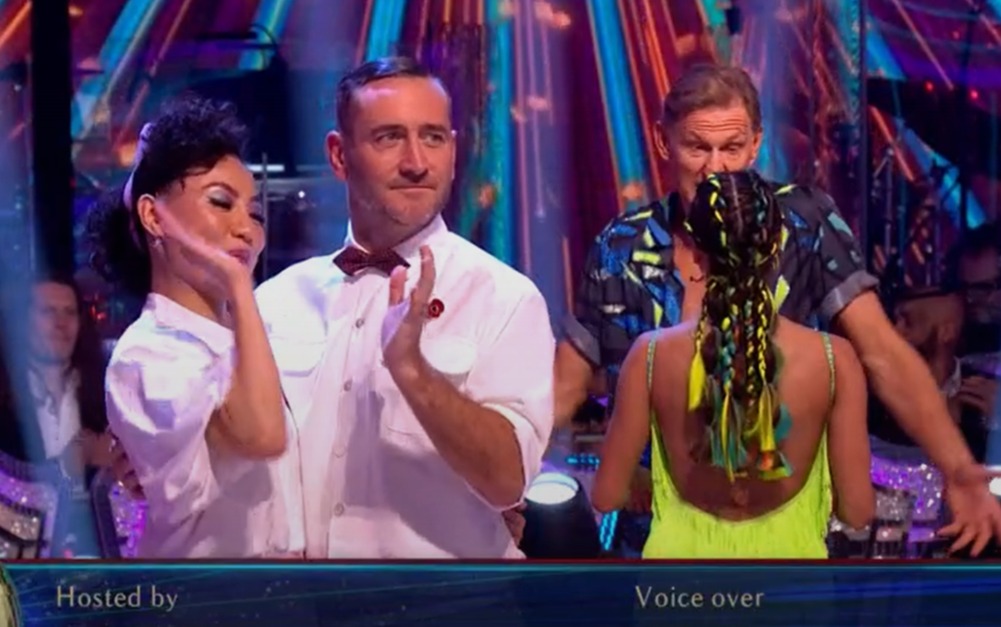 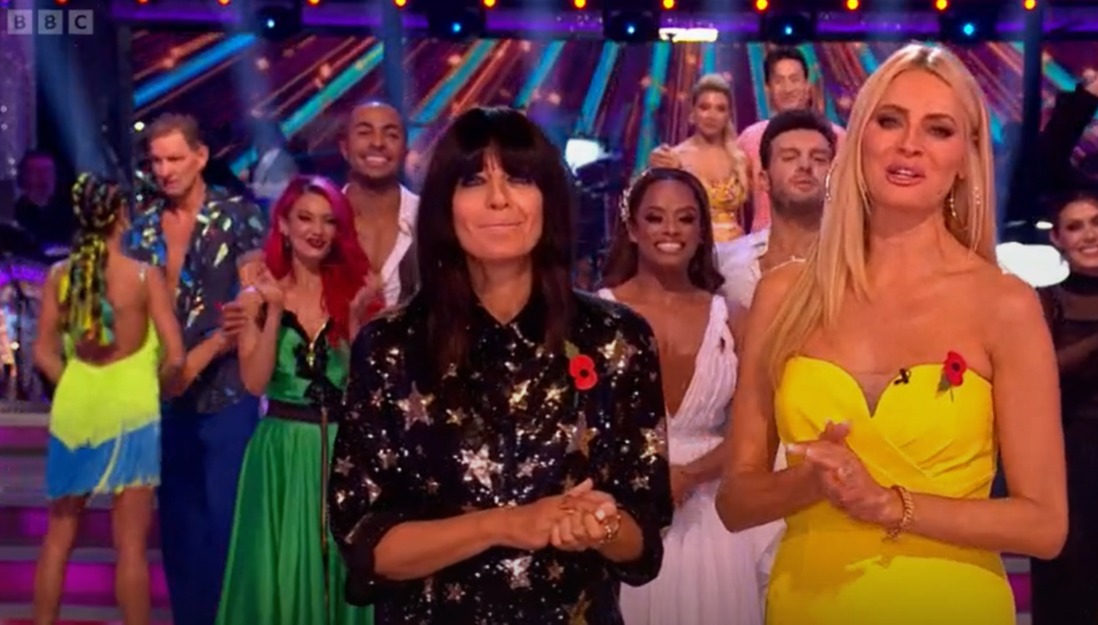 Fans spotted them behind Claudia and Tess

The “row” came after Katya admitted shouting at him for making mistakes during their salsa performance on Strictly Come Dancing tonight.

It’s not known whether Tony and Katya were aware they were live on camera. 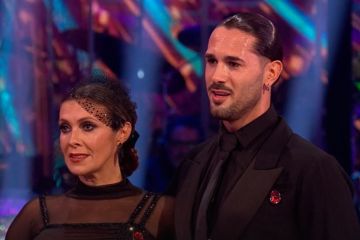 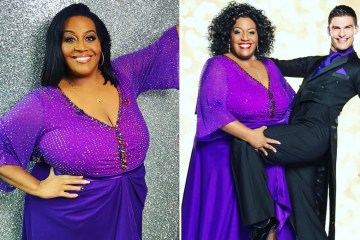 Katya Jones admitted she then angrily shouted “focus” at the football legend.

While Tony made his co-stars laugh about what had happened, Katya remained stony-faced.

They were then spotted back on the dancefloor as the couples gathered for the final scene of the show.

Instead of dancing on the spot and saying bye to viewers, Katya had her back turned to the camera.

Meanwhile Tony looked animated in a deep conversation with his dance partner.

The pair eventually turned around to put on a brave face for the camera.

Tony and Katya finished last on the leaderboard with 21 points.

They were only one point behind Ellie Taylor after she was criticised for her Rumba. 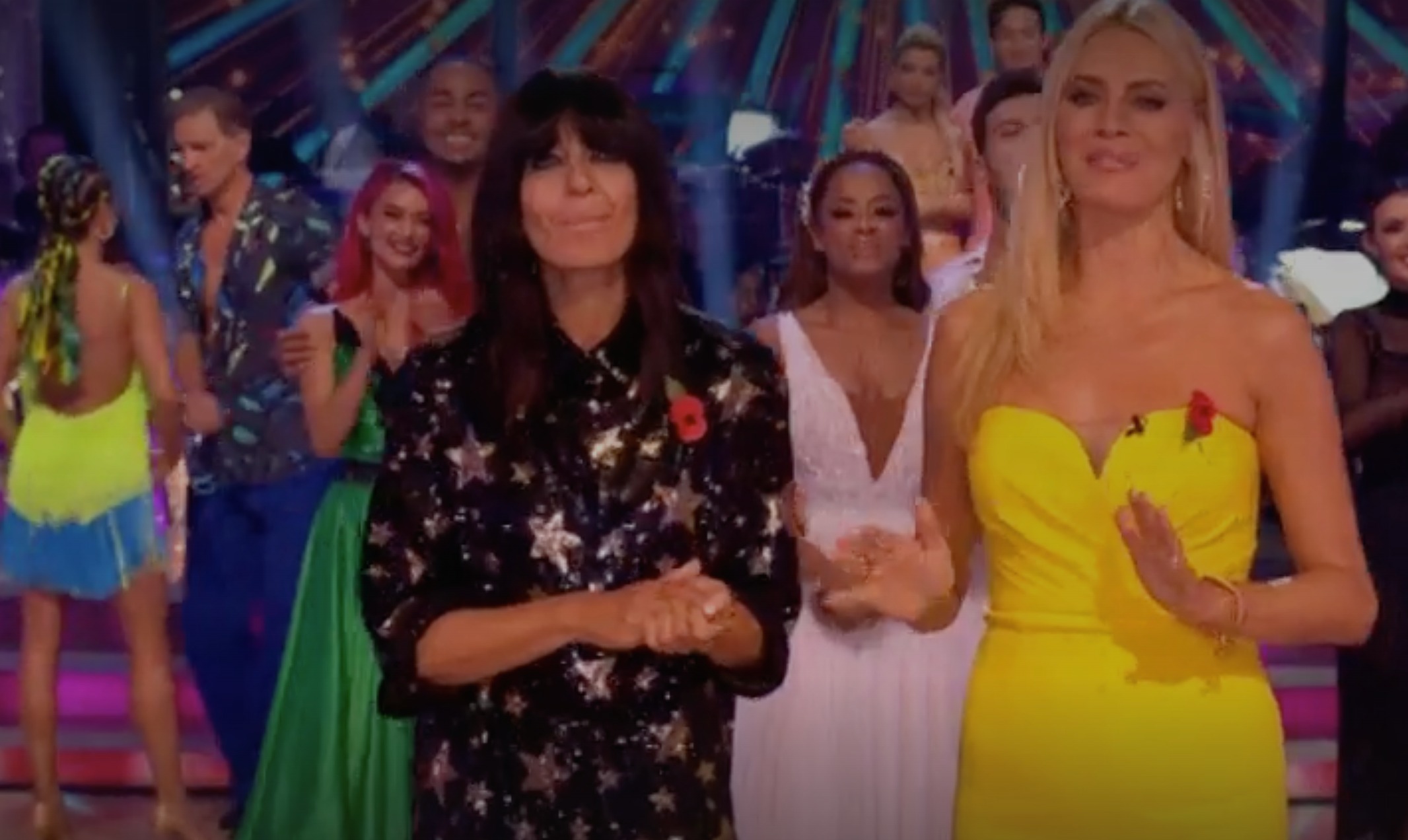 The couple were upset after ‘messing up’ the routine