A MAJOR incident has been declared in South Yorkshire – after Brits were warned Storm Christoph could endanger lives as it batters the UK. 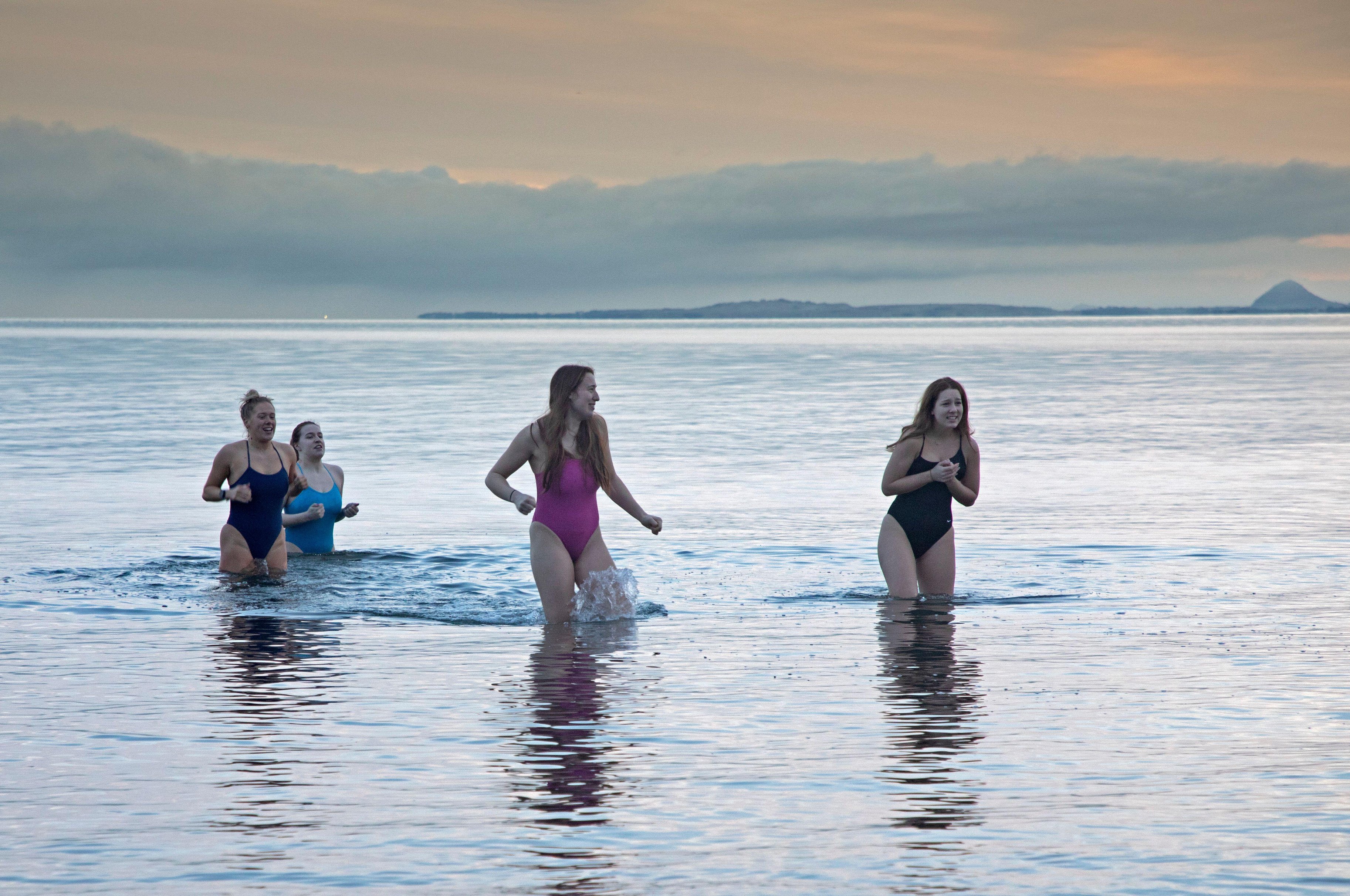 Temperatures were 2C in Scotland this morning – but it didn’t stop these brave students taking a bracing dip in the Firth of Forth at dawnCredit: Alamy Live News 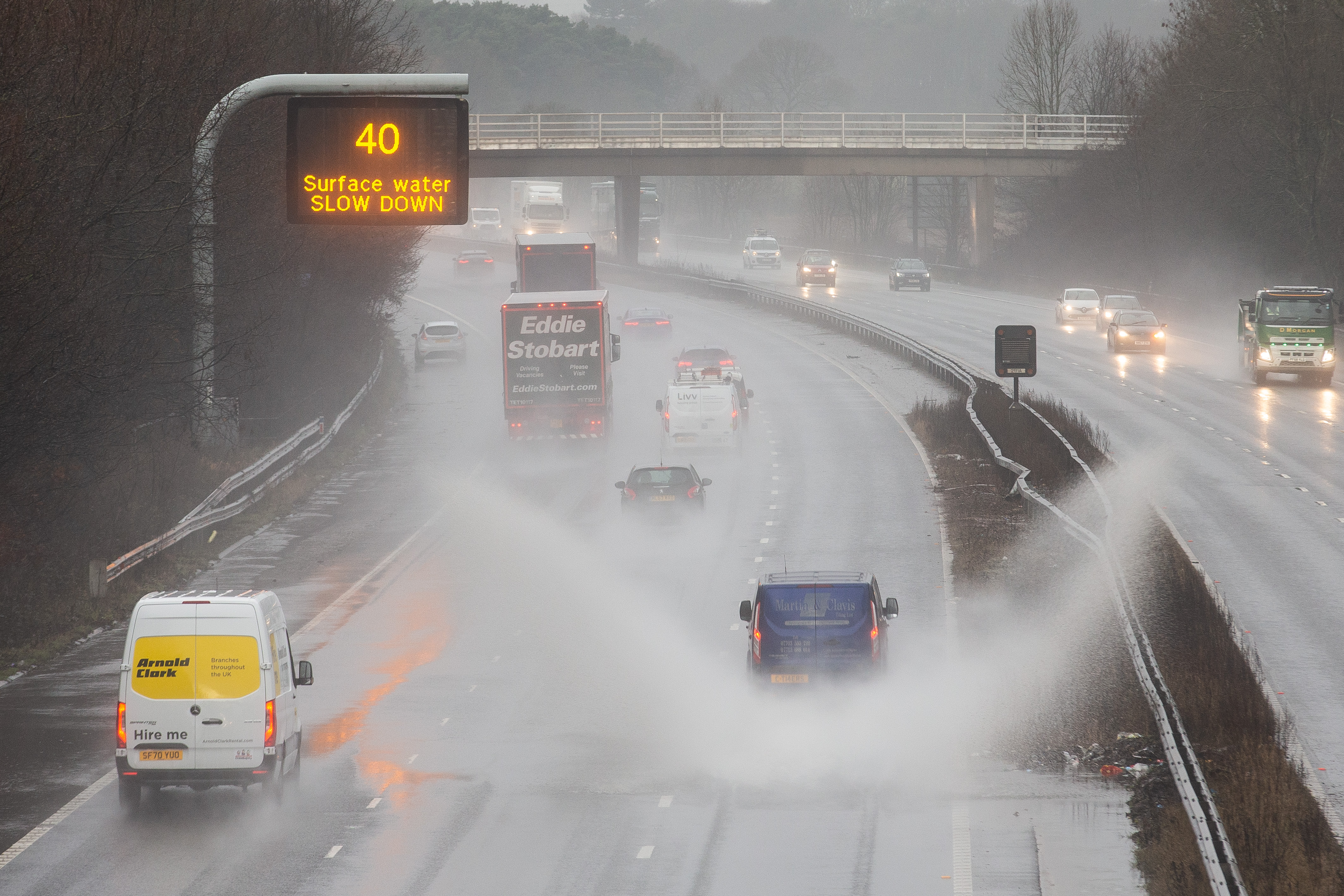 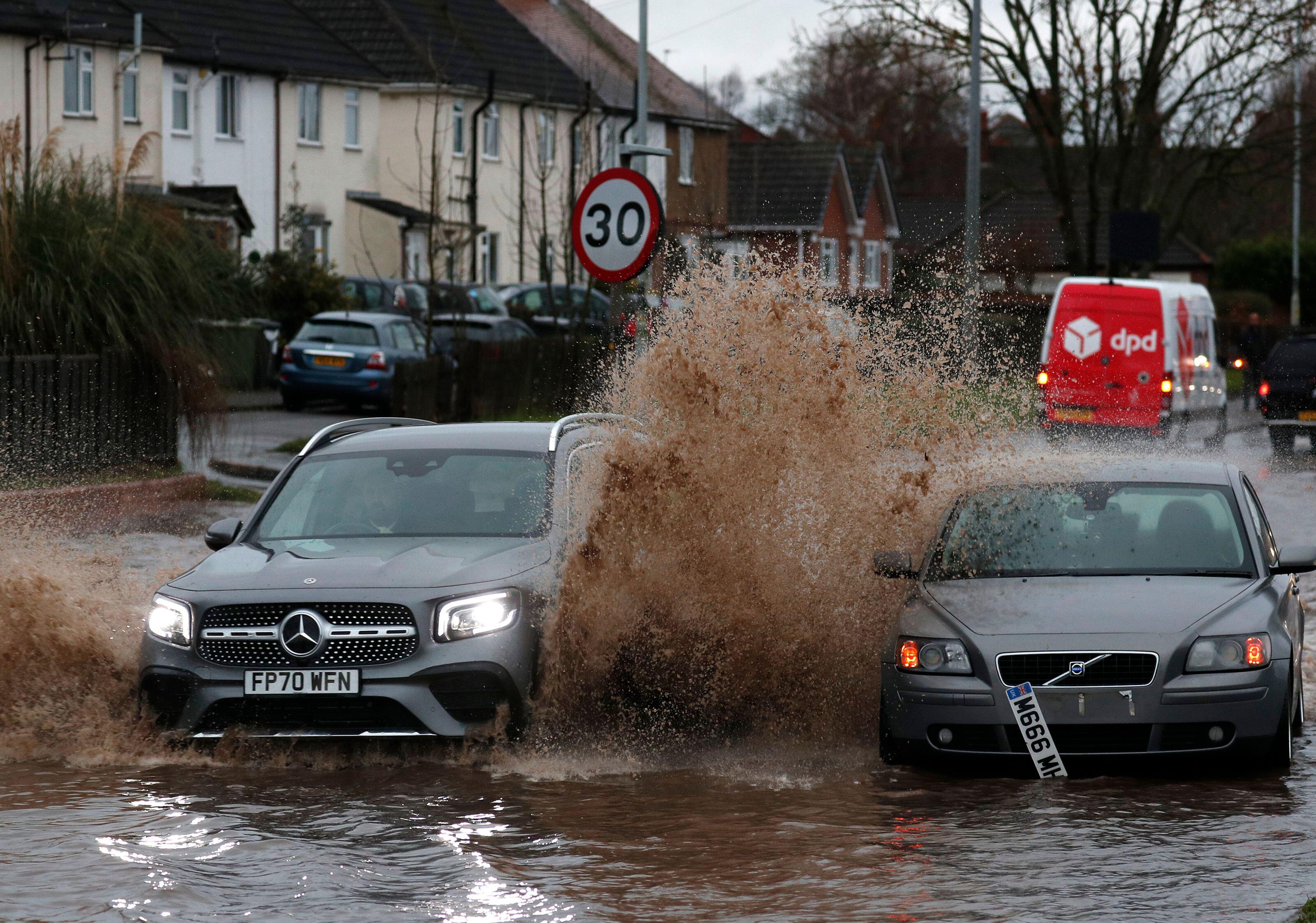 A Mercedes driver motors past an abandoned Volvo in LeicestershireCredit: Alamy Live News 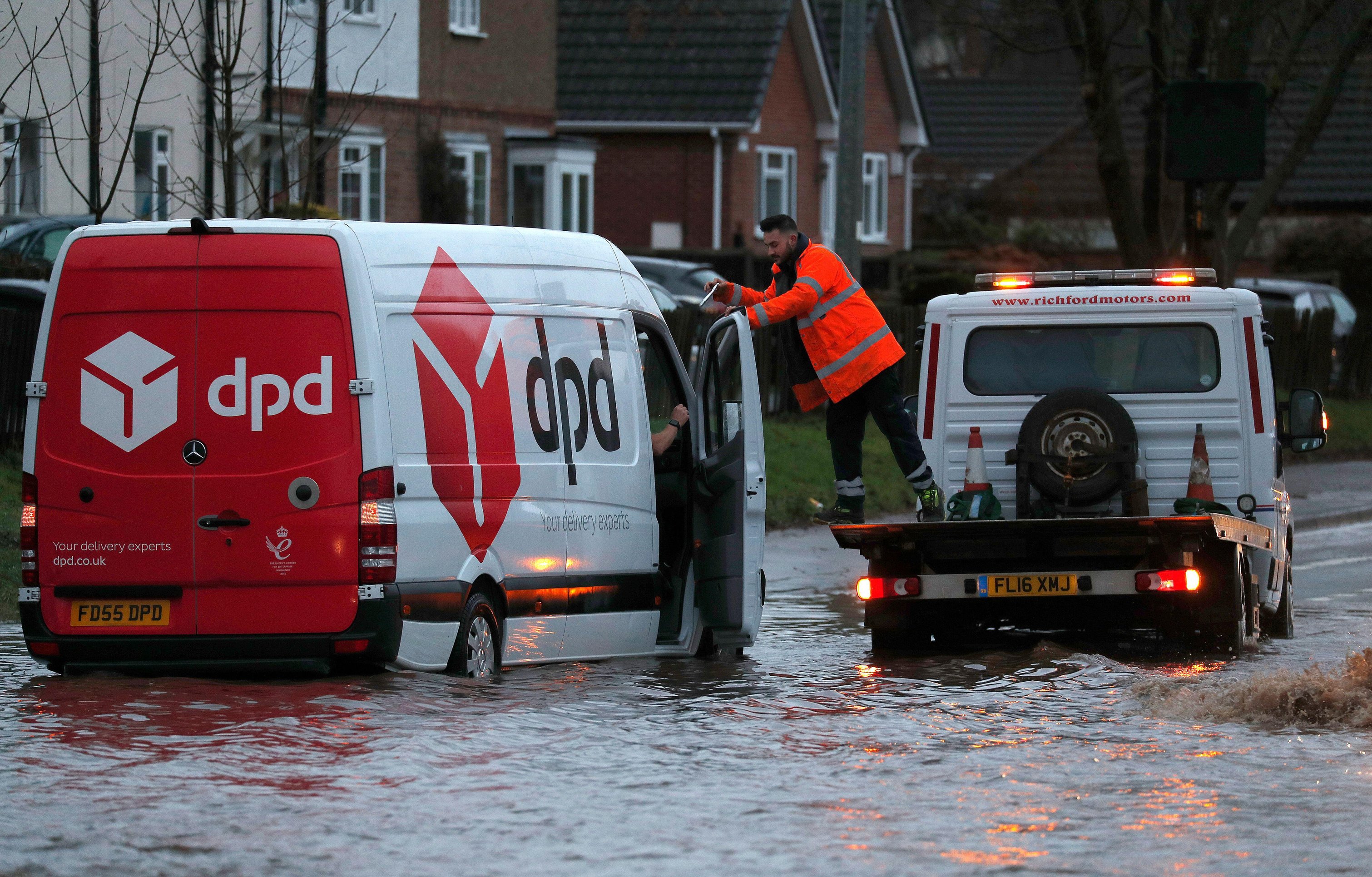 The Met Office has issued an amber warning for rain between Tuesday to Thursday for central northern England – and the service says some towns could be cut off by the weather.

The caution covers millions living in and around Manchester, Leeds, Sheffield, Lincoln, Nottingham, Leicester and Peterborough.

A yellow warning is also in place for huge swathes of the country between Lanark in Scotland in the north and Cambridge in the south. All of Wales is covered by the alert.

Meanwhile, Ros Jones, mayor of Doncaster, has declared a major incident in South Yorkshire, telling locals: “I do not want people to panic, but flooding is possible, so please be prepared.” 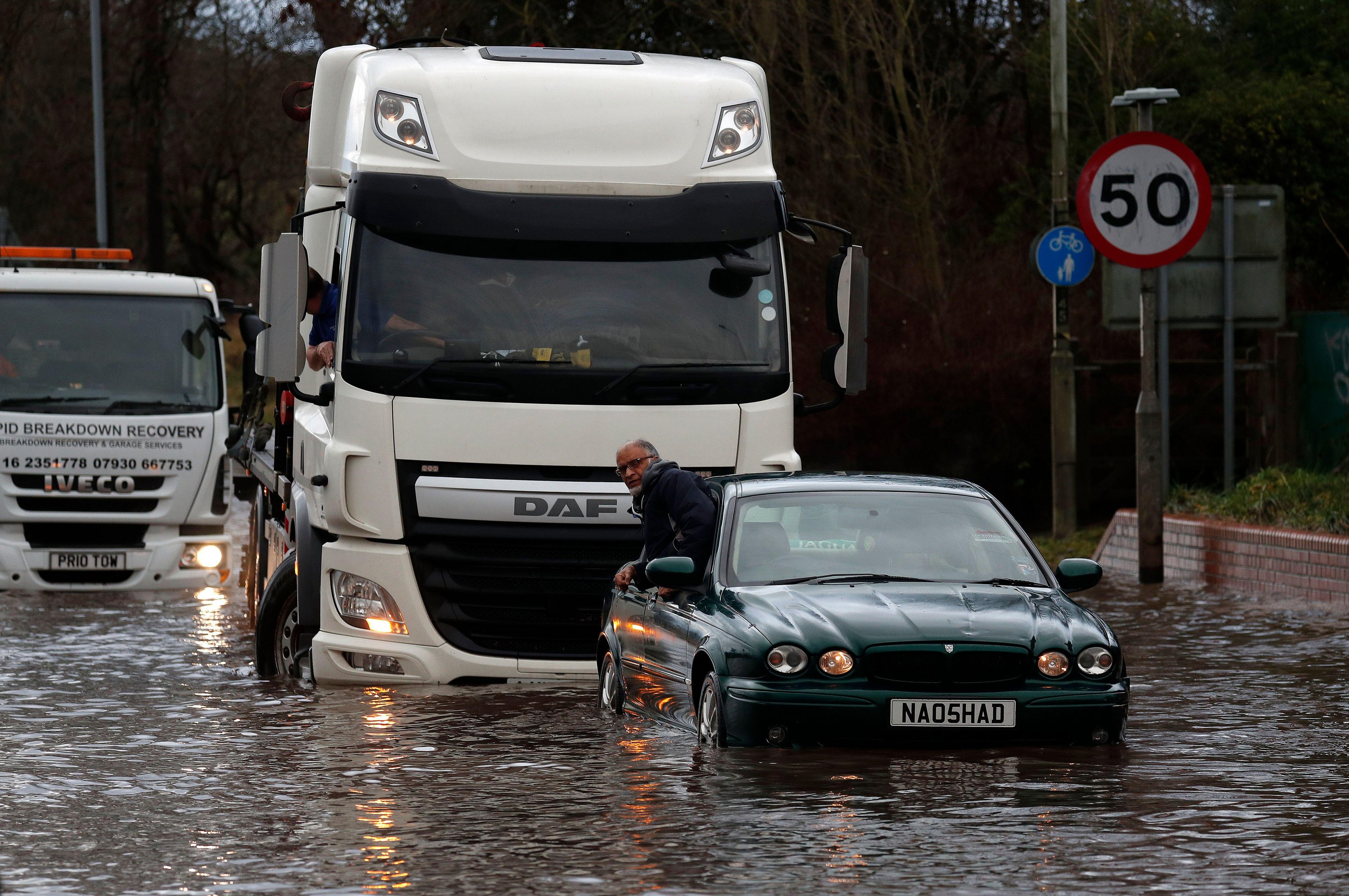 The county has already been badly hit, with one Jaguar driver surveying his options after getting stranded Credit: Alamy Live News 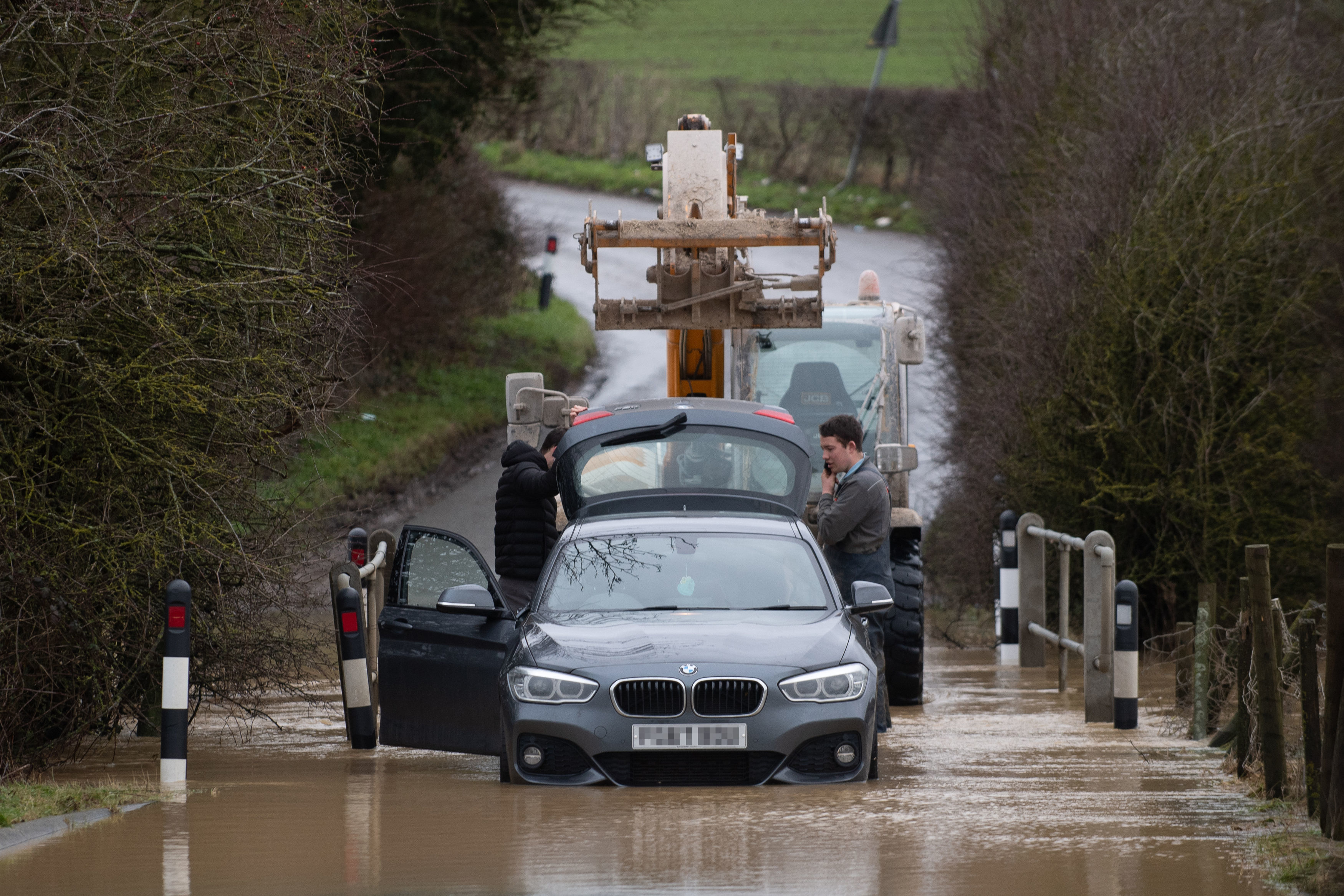 A local farmer helps rescue a stranded motorist from in Leicester this morningCredit: PA:Press Association 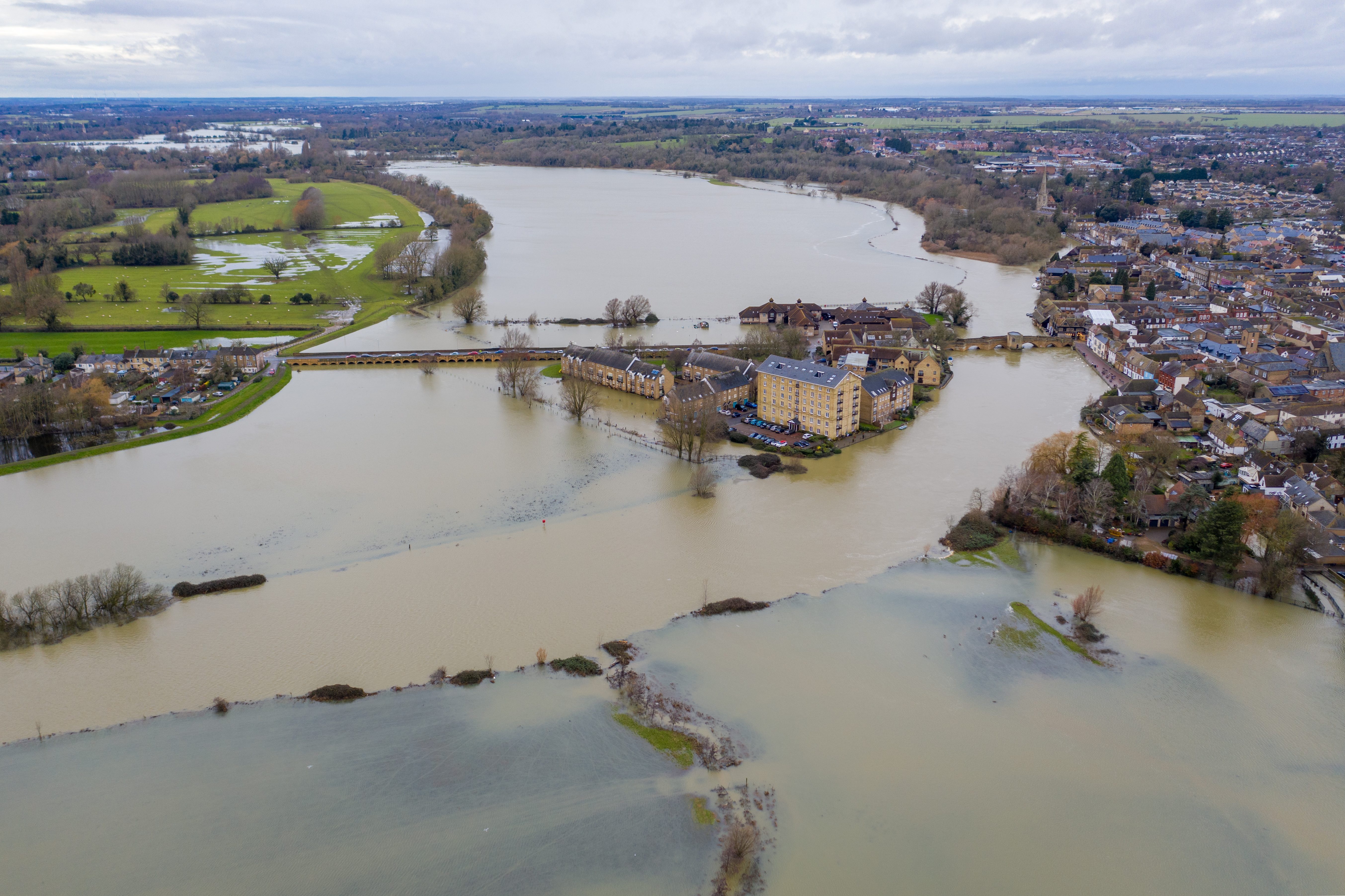 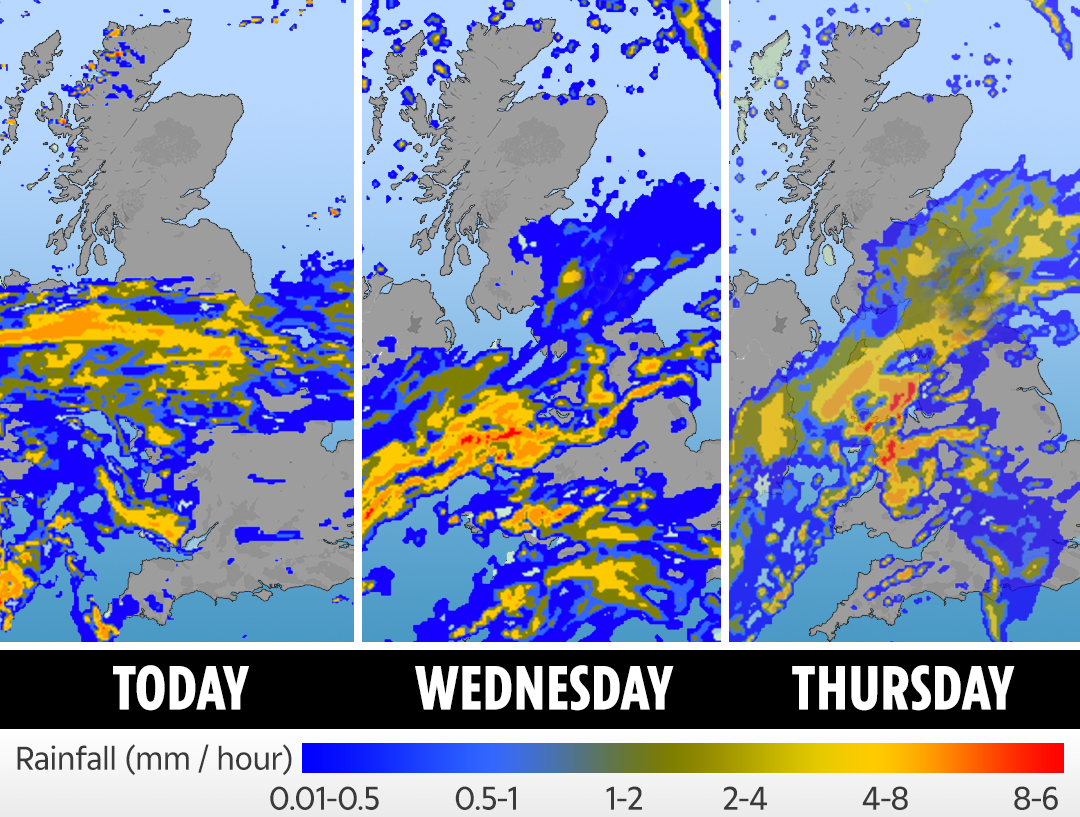 Heavy rain could cause a danger to life, Met Office forecasters say

Sandbags have been handed out to people living in areas where flooding is expected.

The Environment Agency described the combination of torrential rain and melting snow as a “volatile situation”, as councils prepare for possible evacuations should a severe flood warning be issued.

Catherine Wright, acting executive director for flood and coastal risk management at the Environment Agency, said: “That rain is falling on very wet ground and so we are very concerned that it’s a very volatile situation.

“We are expecting significant flooding to occur on the back of that weather.”

She said the Environment Agency will be working with local authorities to help with evacuation efforts should a severe flood warning be issued, adding: “If you do need to evacuate then that is allowed within the Covid rules the Government has.”

The amber warning is in place throughout the next three days. 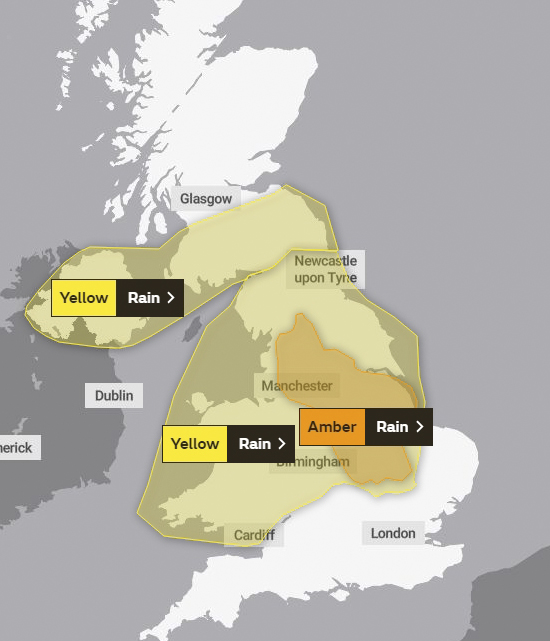 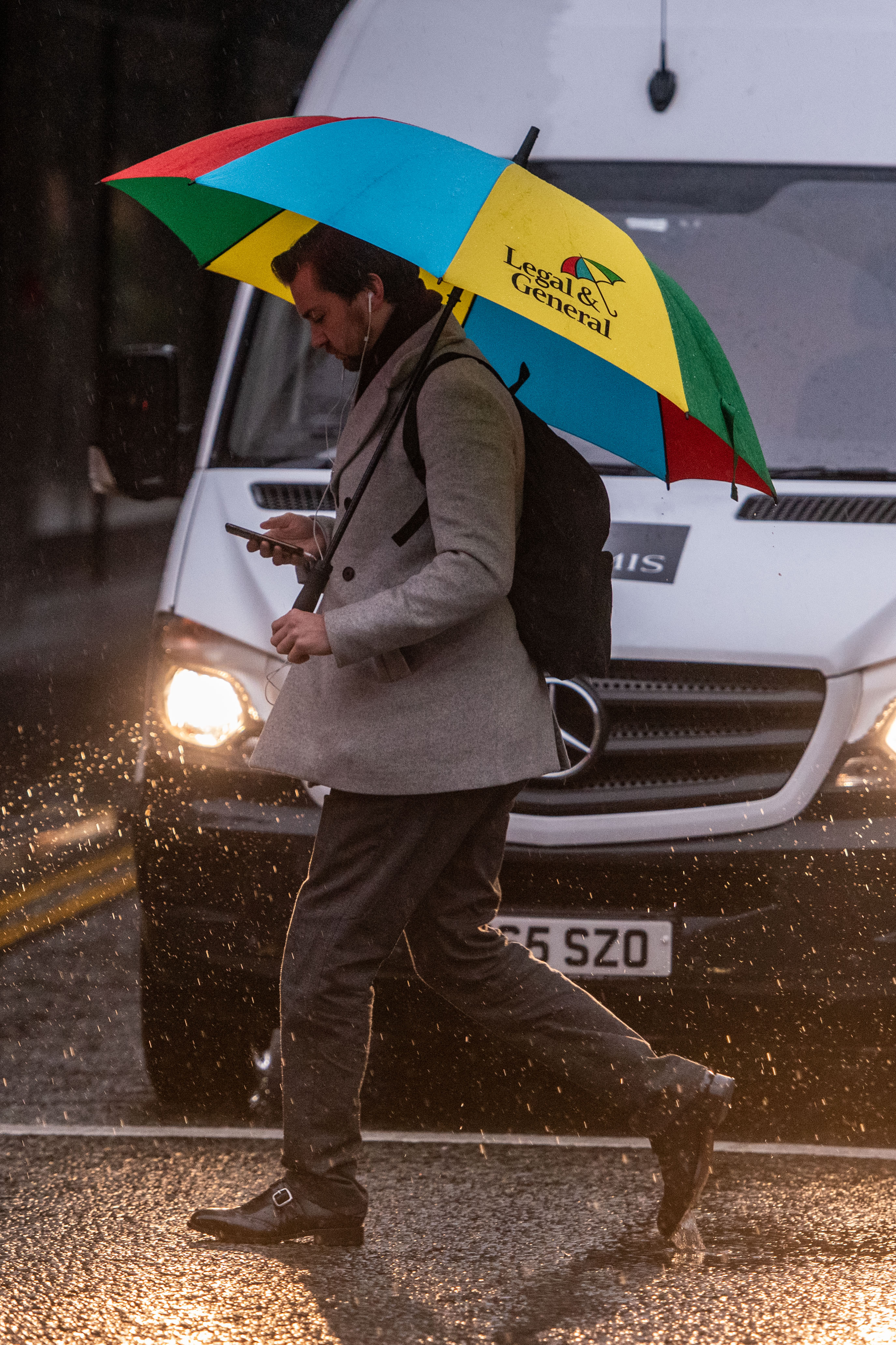 Manchester locals are among those to take a soaking this morningCredit: Mercury Press 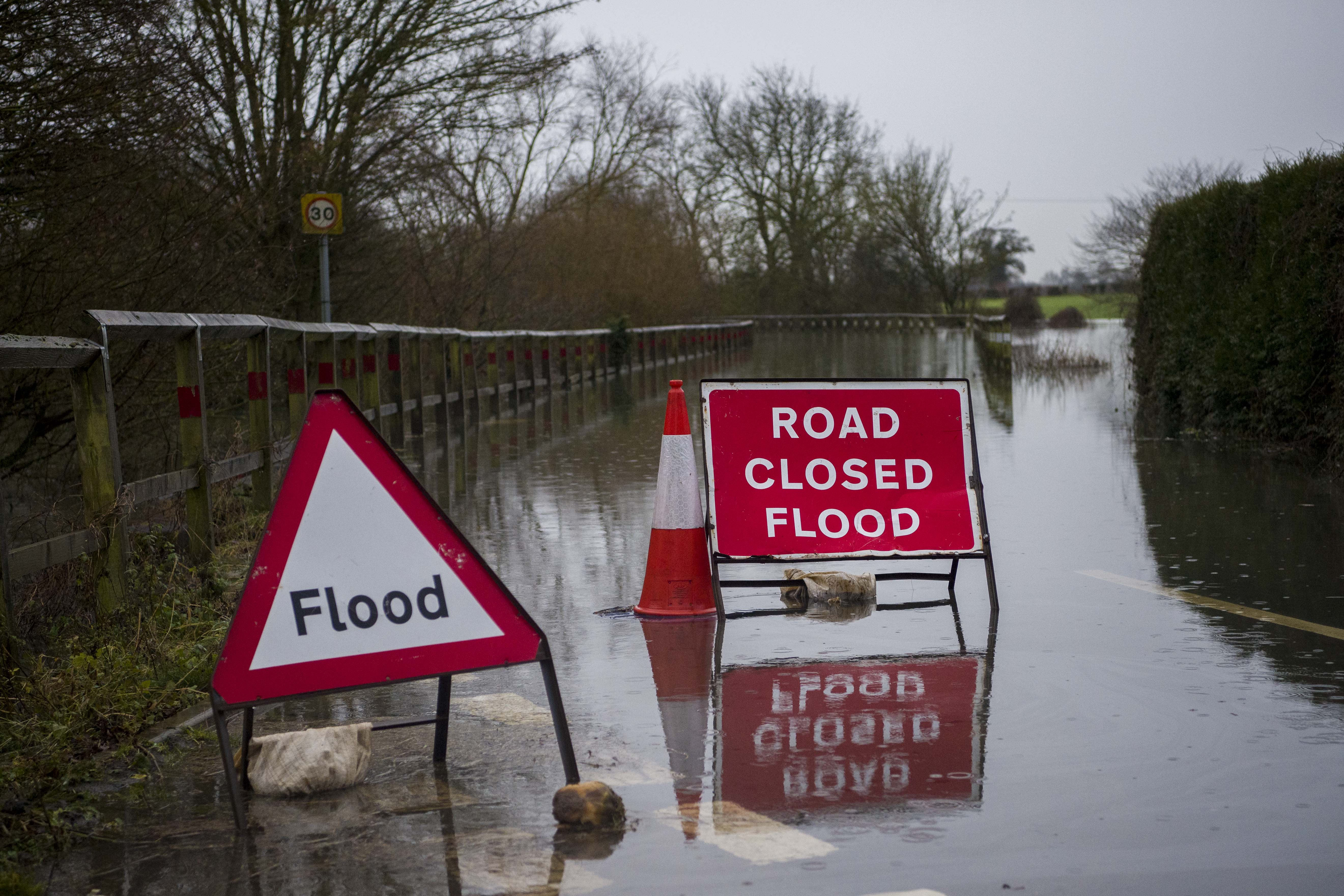 A main road in Ryther, near York, was shut this morning after the River Wharfe flooded Credit: Jordan Crosby

Particularly heavy rain is expected to fall overnight, and forecasters say homes and businesses are likely to flood, causing damage to some buildings.

The Met Office has issued a ‘danger to life’ warning due to fast-flowing or deep floodwater, while there is a “good chance” some communities may be cut off by flooded roads.

The northern Peak District and parts of the southern Pennines will be among worst-hit, with deep flooding predicted.

Some areas could see more than twice their average rainfall for January by midday on Thursday.

Some rivers, including the Ouse, have already burst their banks. 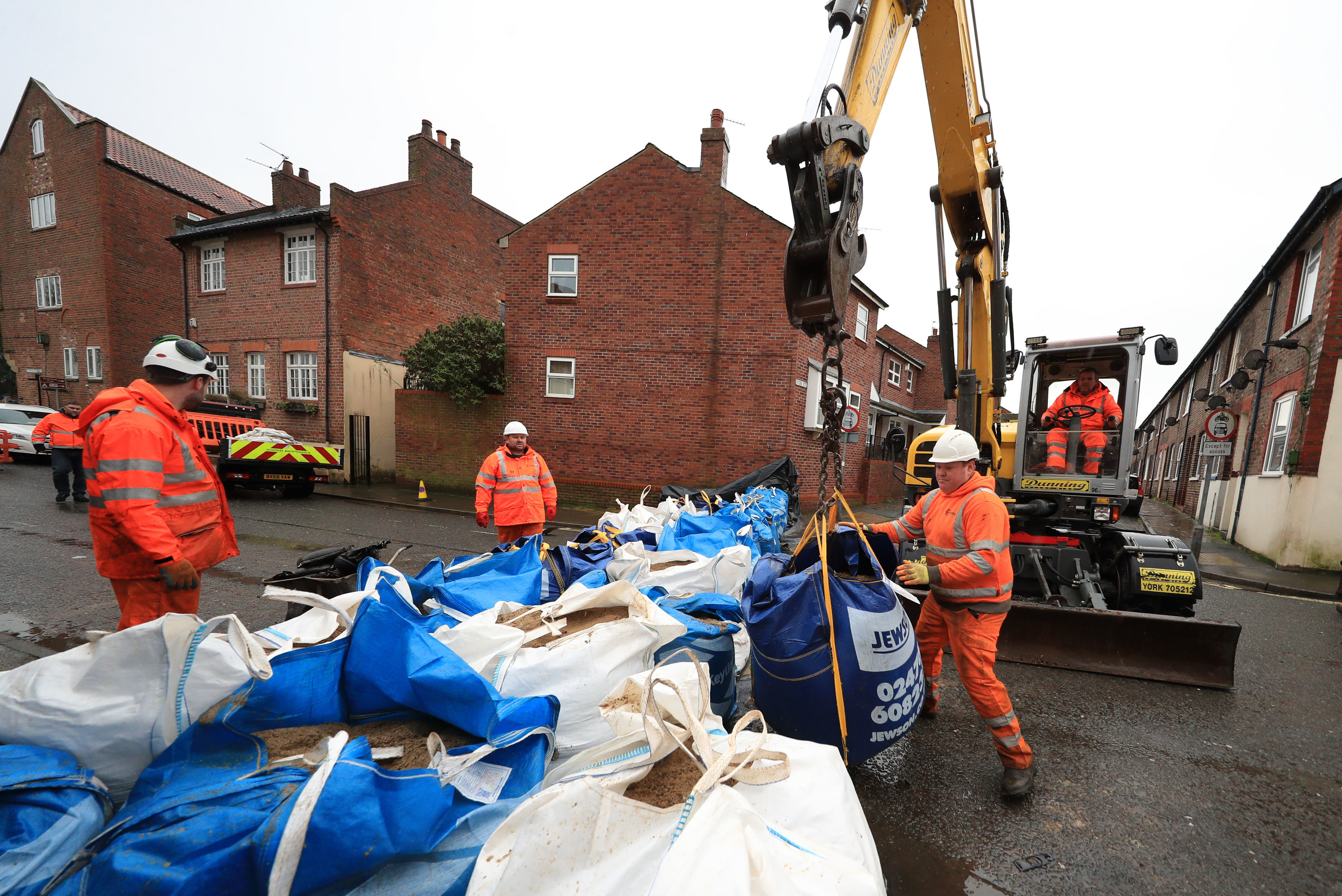 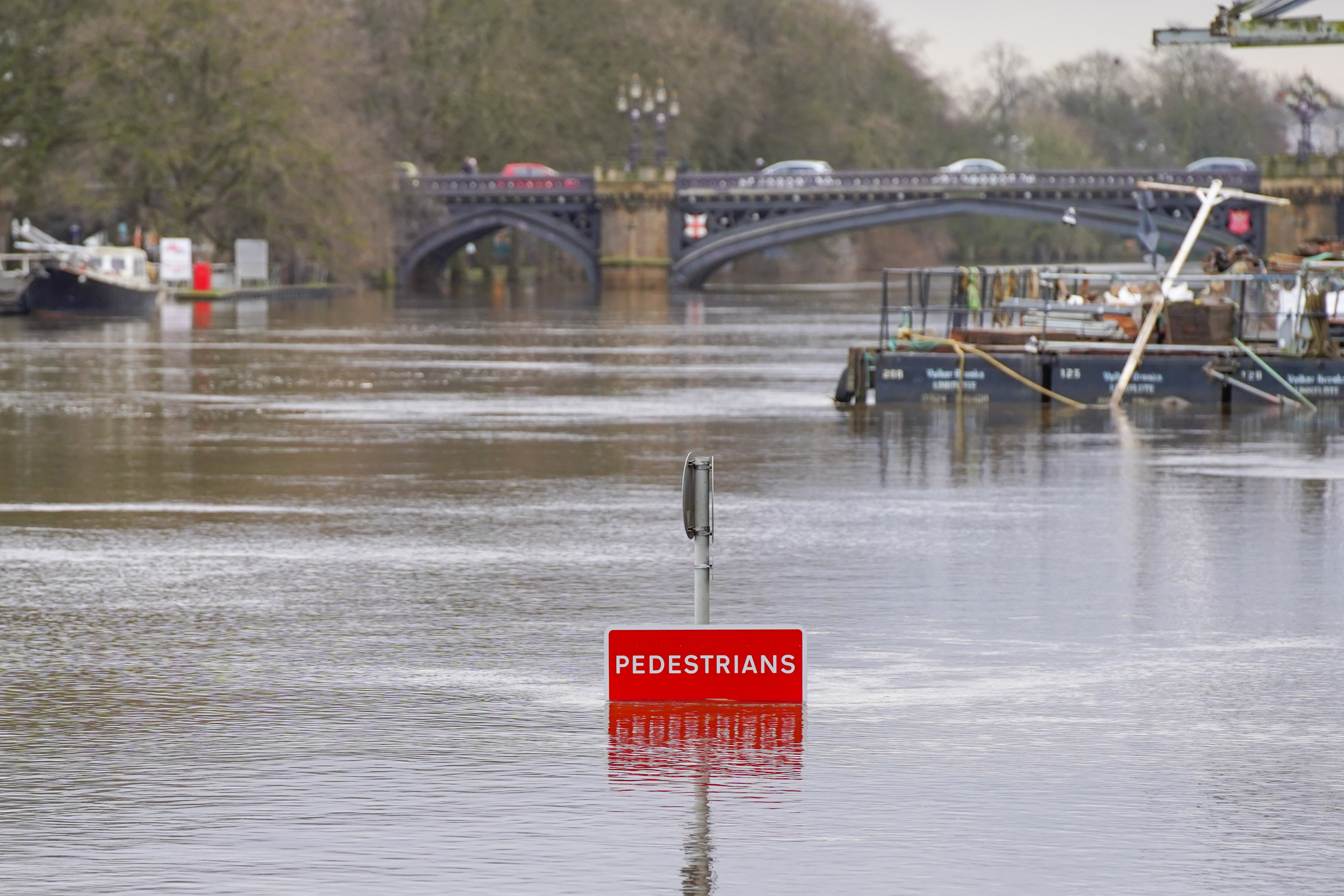 The River Ouse in York has burst its banks – leading to widescale floodingCredit: London News Pictures 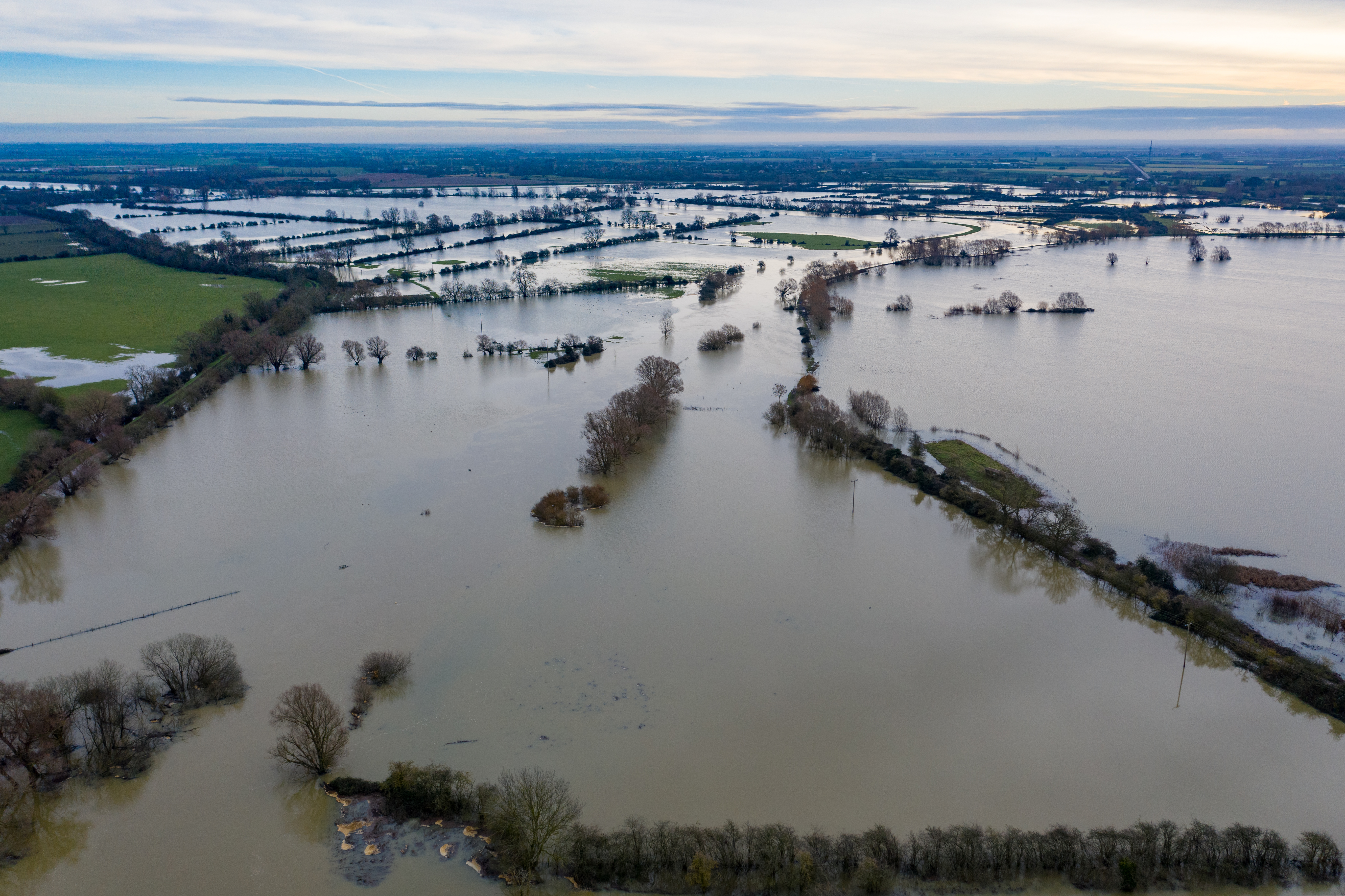 Holywell in Cambridgeshire is flooded near the River Great Ouse 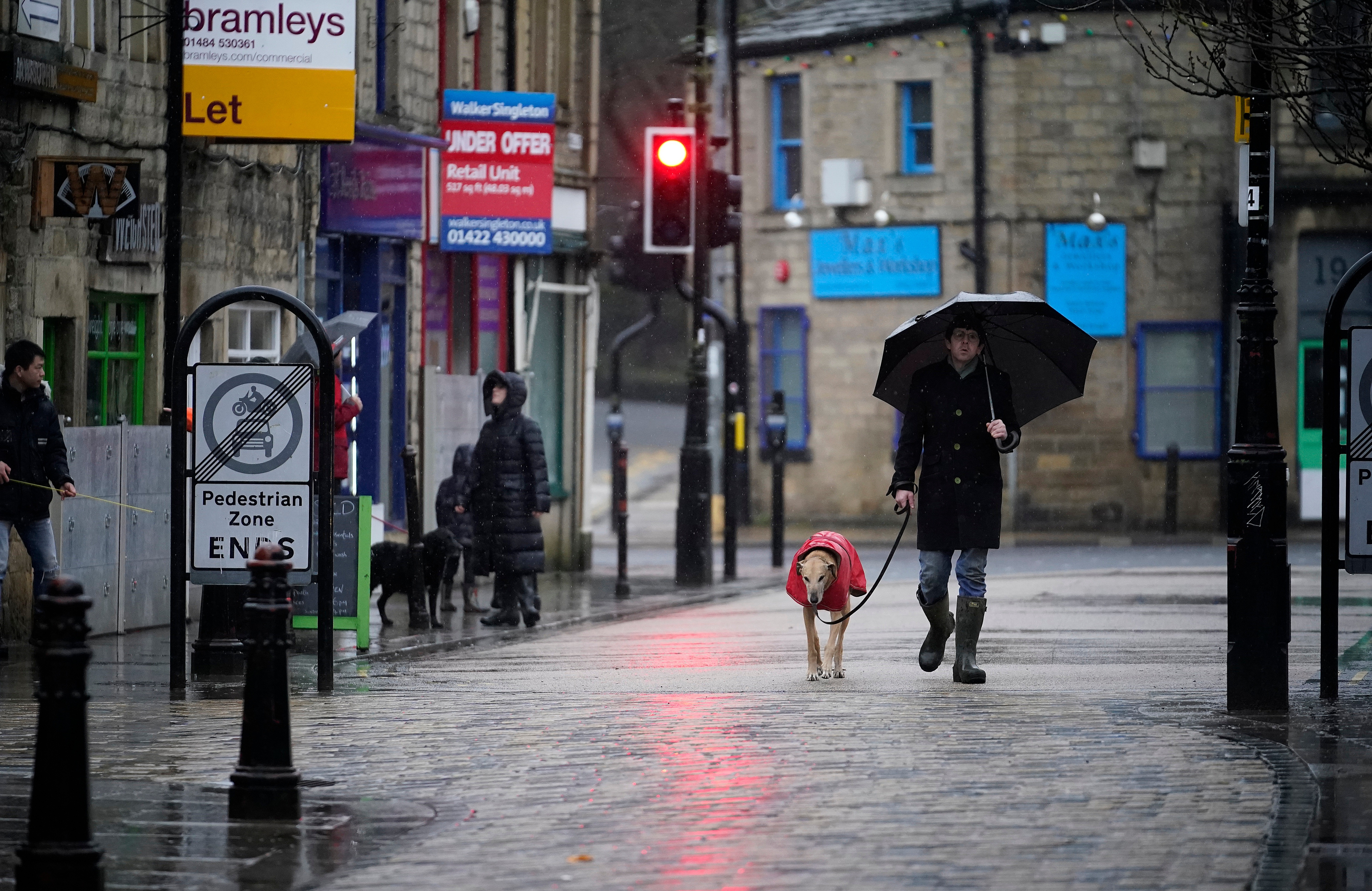 A dog-walker wore wellies for a stroll in the rain in Hebden BridgeCredit: Getty Images – Getty

The Met Office’s chief meteorologist Dan Suri said: “Following a cold spell where the main hazard was snow, our focus now turns to notably heavy rain moving across the UK this week.

“Some locations could see over 100mm of rain falling through the course just a couple of days, with up to 200mm possible over higher ground.

“These amounts of rainfall, along with snow melt present a real threat of flooding and people should keep a close eye on flood warnings.

“As the system moves away into the North Sea Wednesday night and Thursday morning, there will be strong winds along the east coast for a time.

“Meanwhile, colder air coming southwards into the weather system brings the risk of further snow on the back edge of this system. 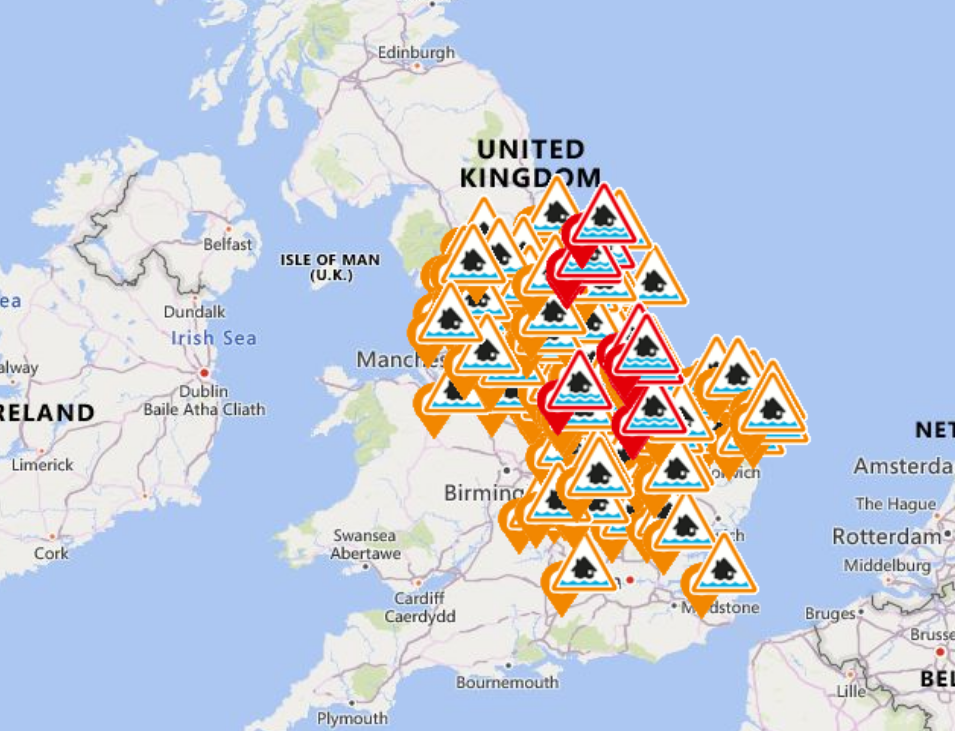 Flood warnings are in place across England 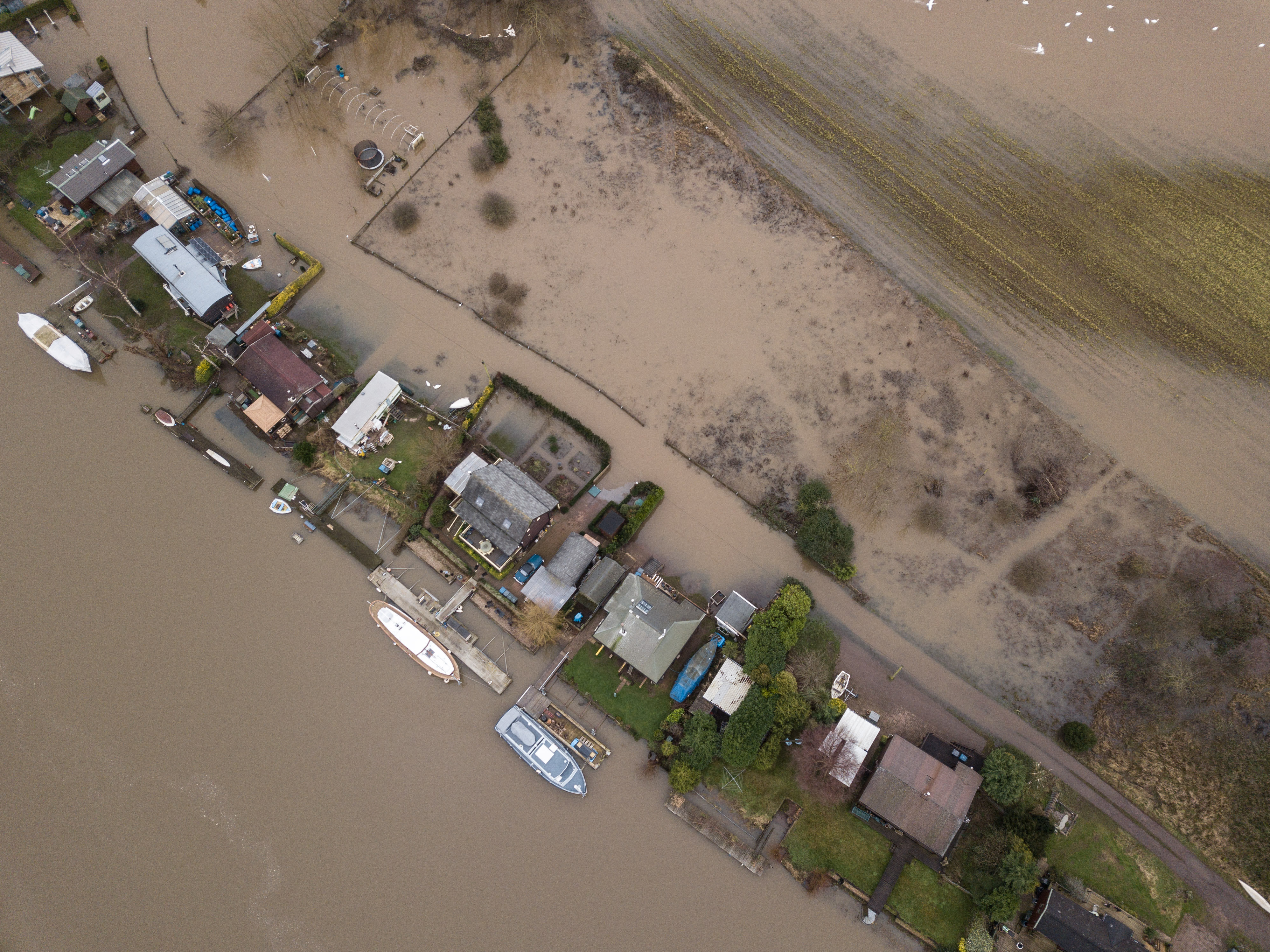 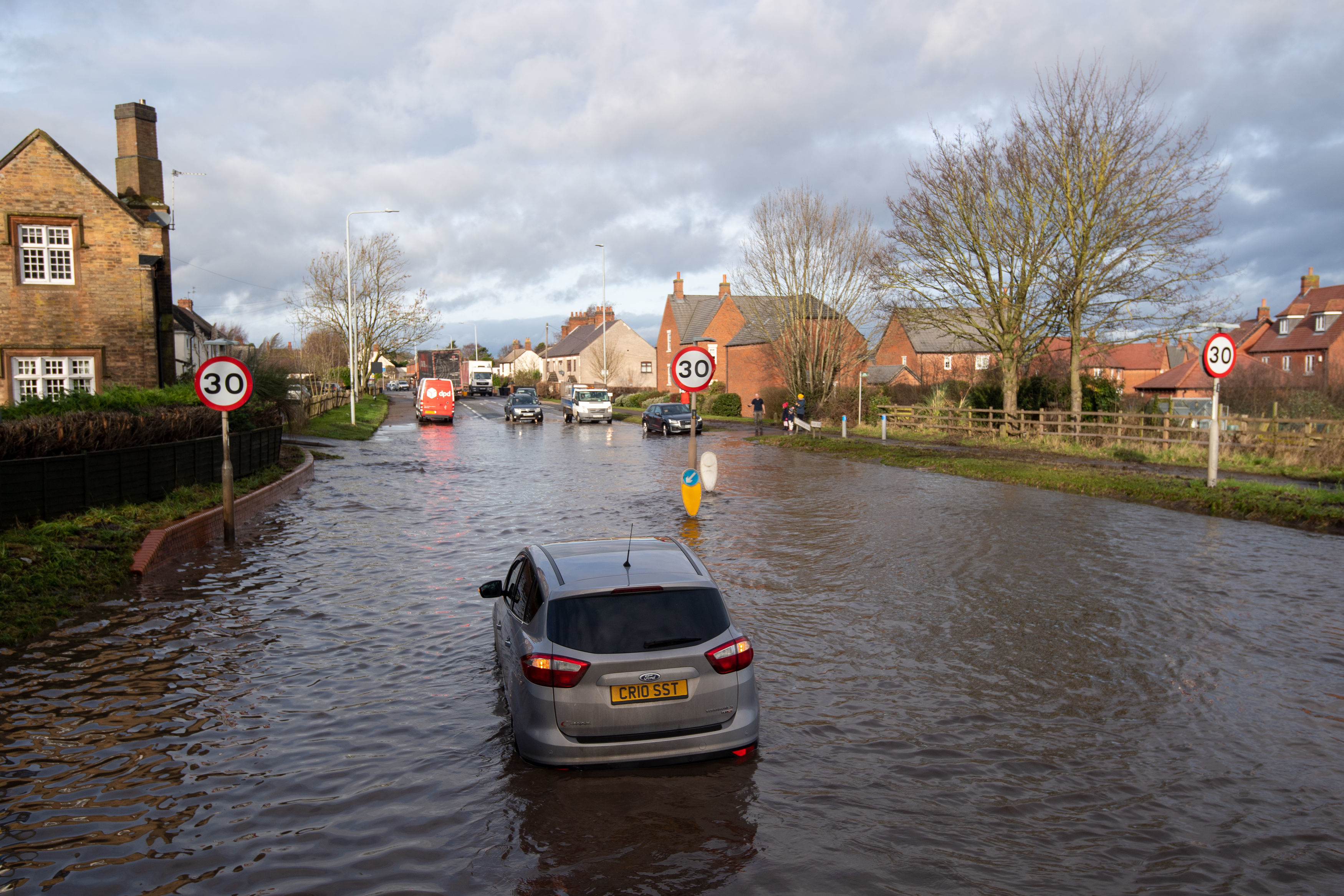 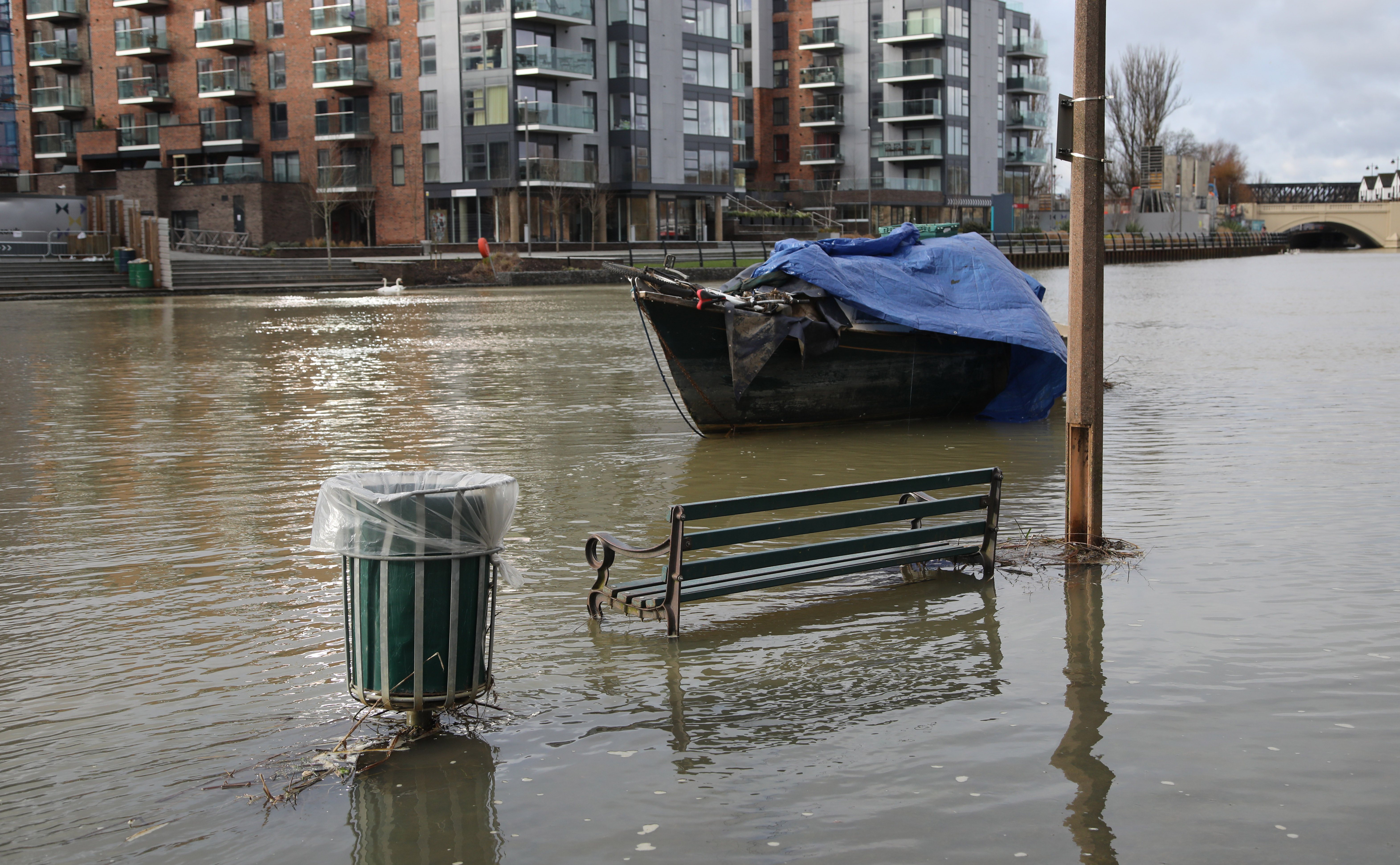 The River Nene in Cambridgeshire has overflowed Credit: Paul Marriott 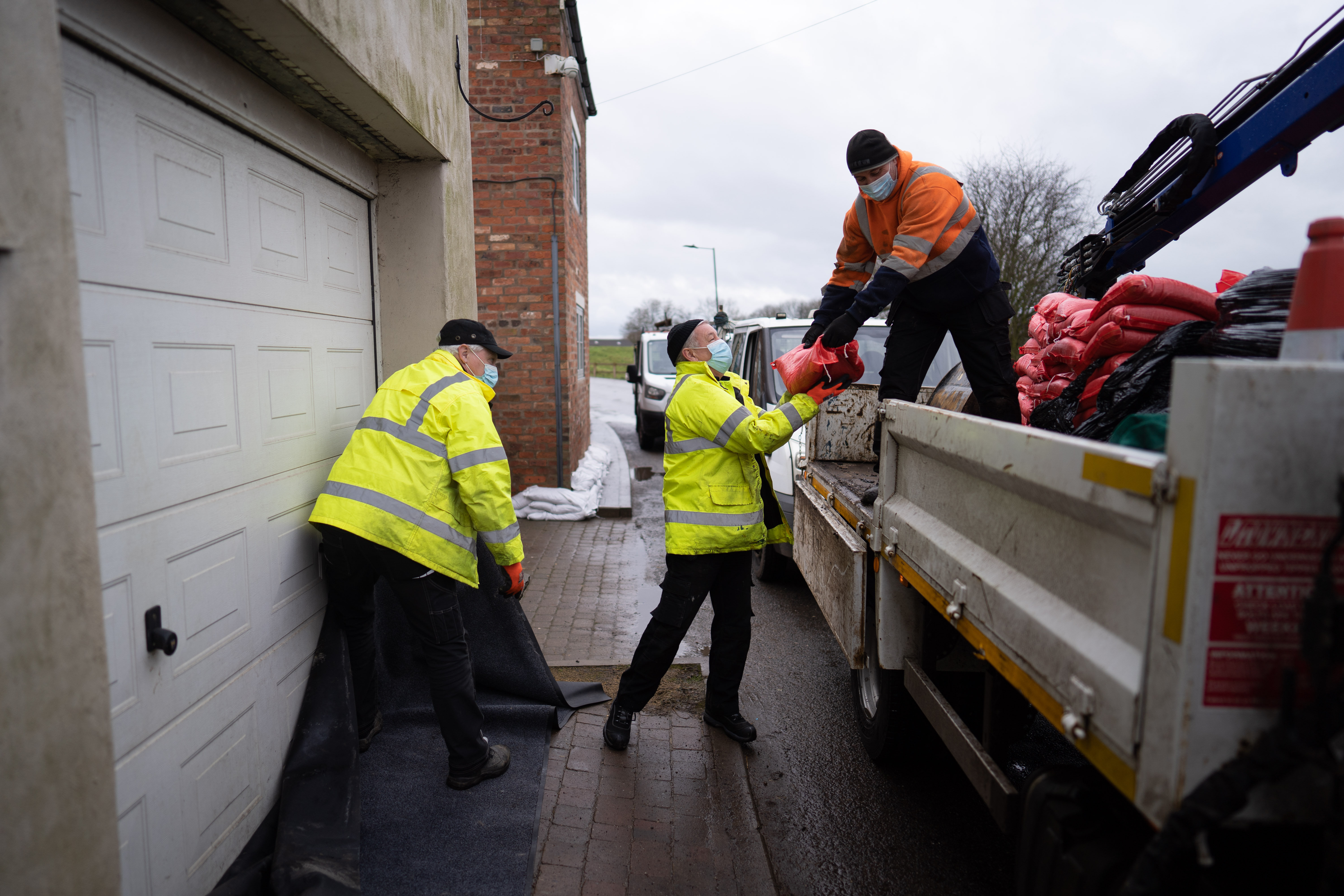 Sandbags are being handed out to people in South Yorkshire after a major incident was declared Credit: SWNS:South West News Service

“Temperatures will gradually fall across the UK through the end of the week and into the weekend bringing a return to widespread overnight frosts.”

A third weather warning for snow and ice is in force in Scotland from Dundee to Elgin and across the east coast from Wednesday afternoon until midday on Thursday.

The Environment Agency issued nine flood warnings covering parts of Yorkshire, Cambridgeshire and Lincolnshire as of Monday night, with a further 109 flood alerts, meaning flooding is possible, across northern England, the Midlands and the east. 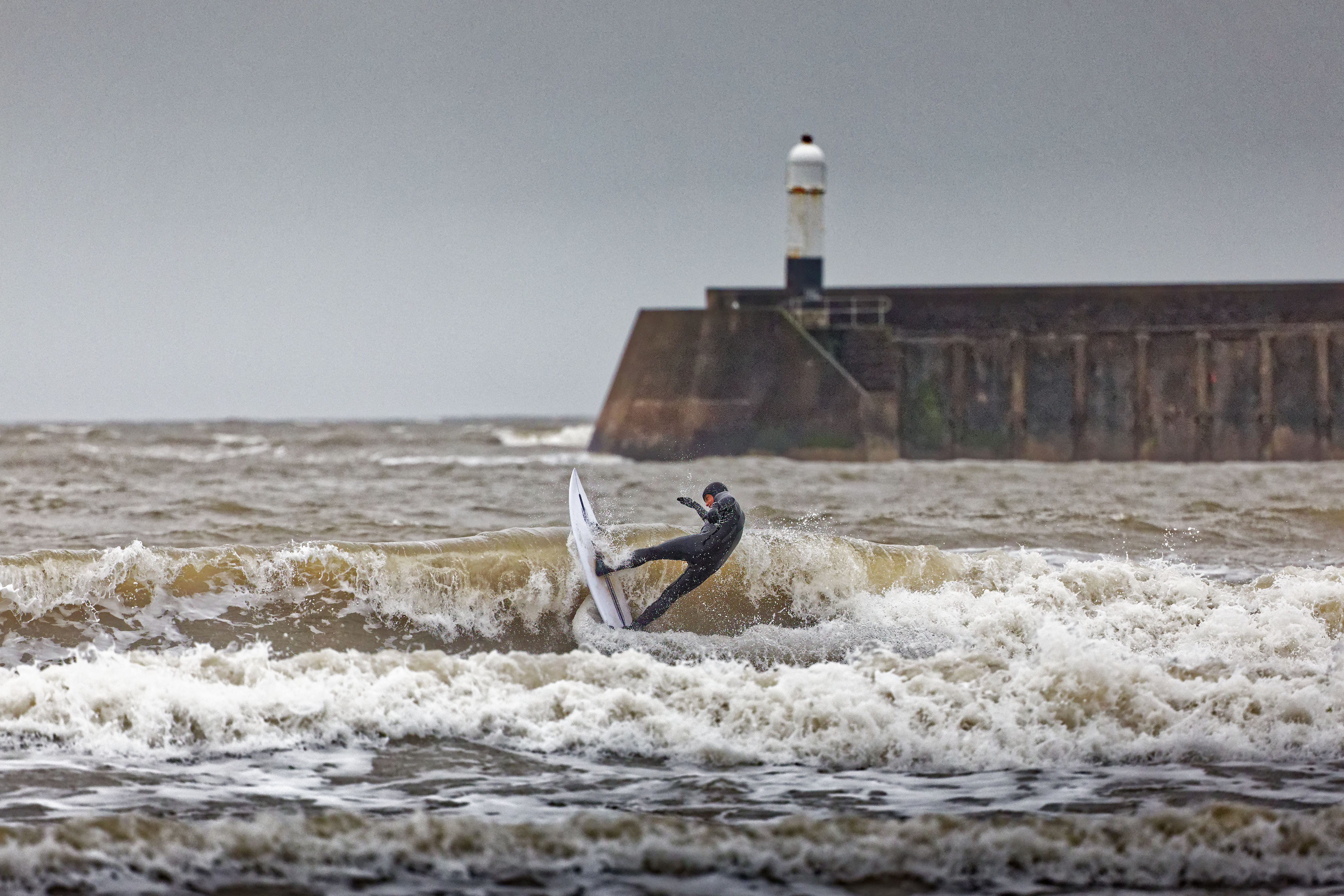 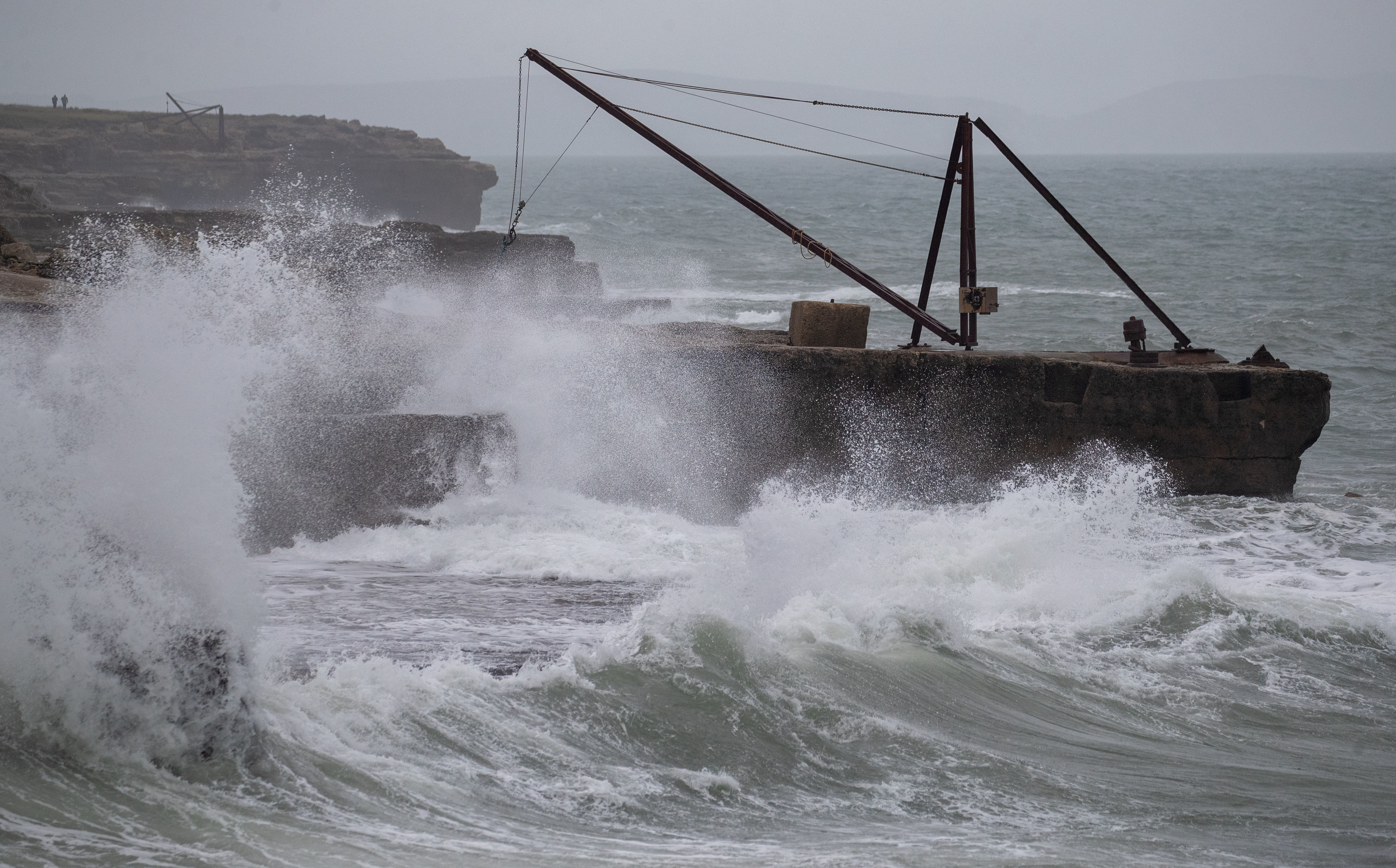 Waves crash against the shoreline at Portland Bill in DorsetCredit: PA:Press Association 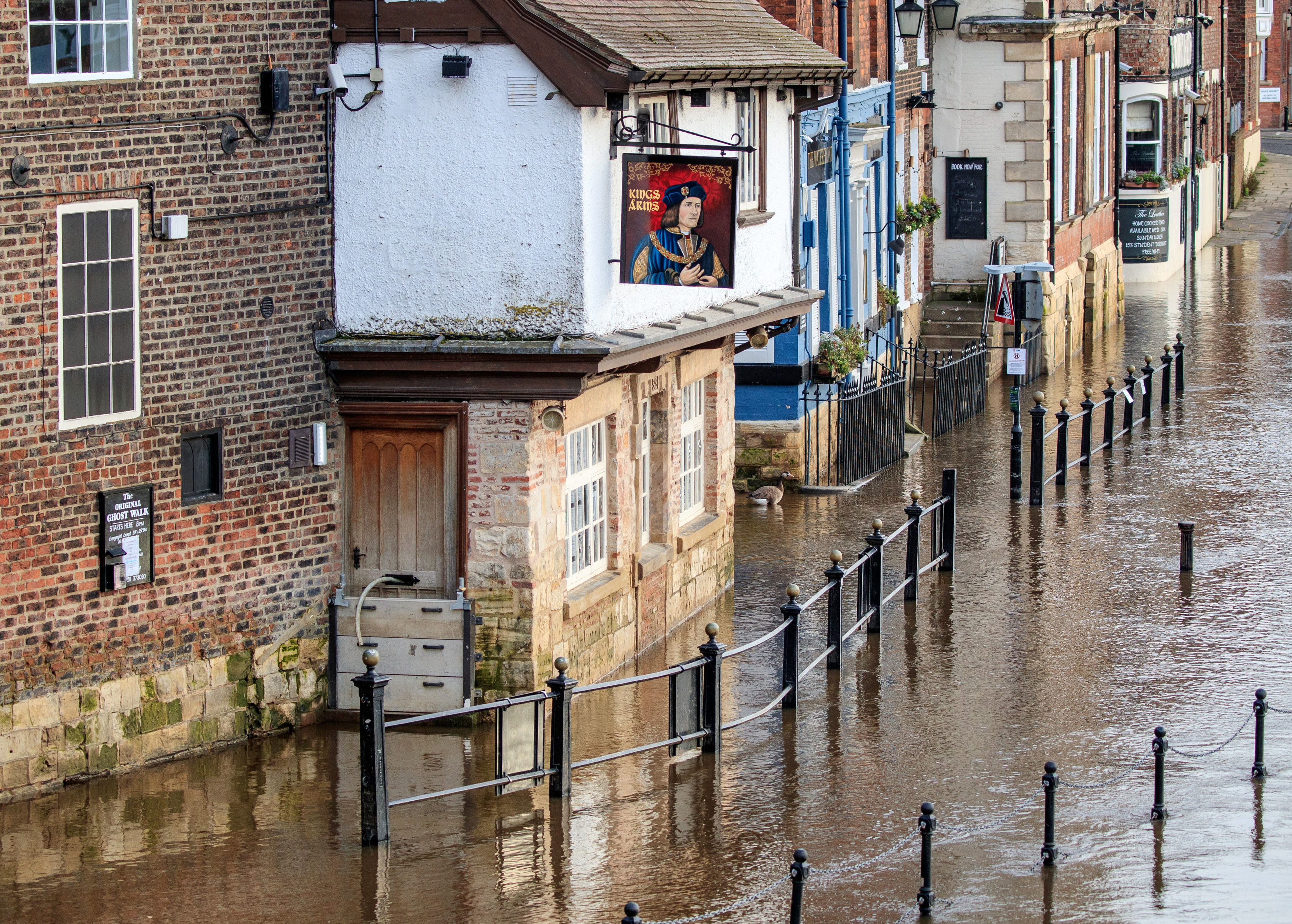 York has been particularly badly hit – with flooding before the new warning took hold at 6am todayCredit: PA:Press Association 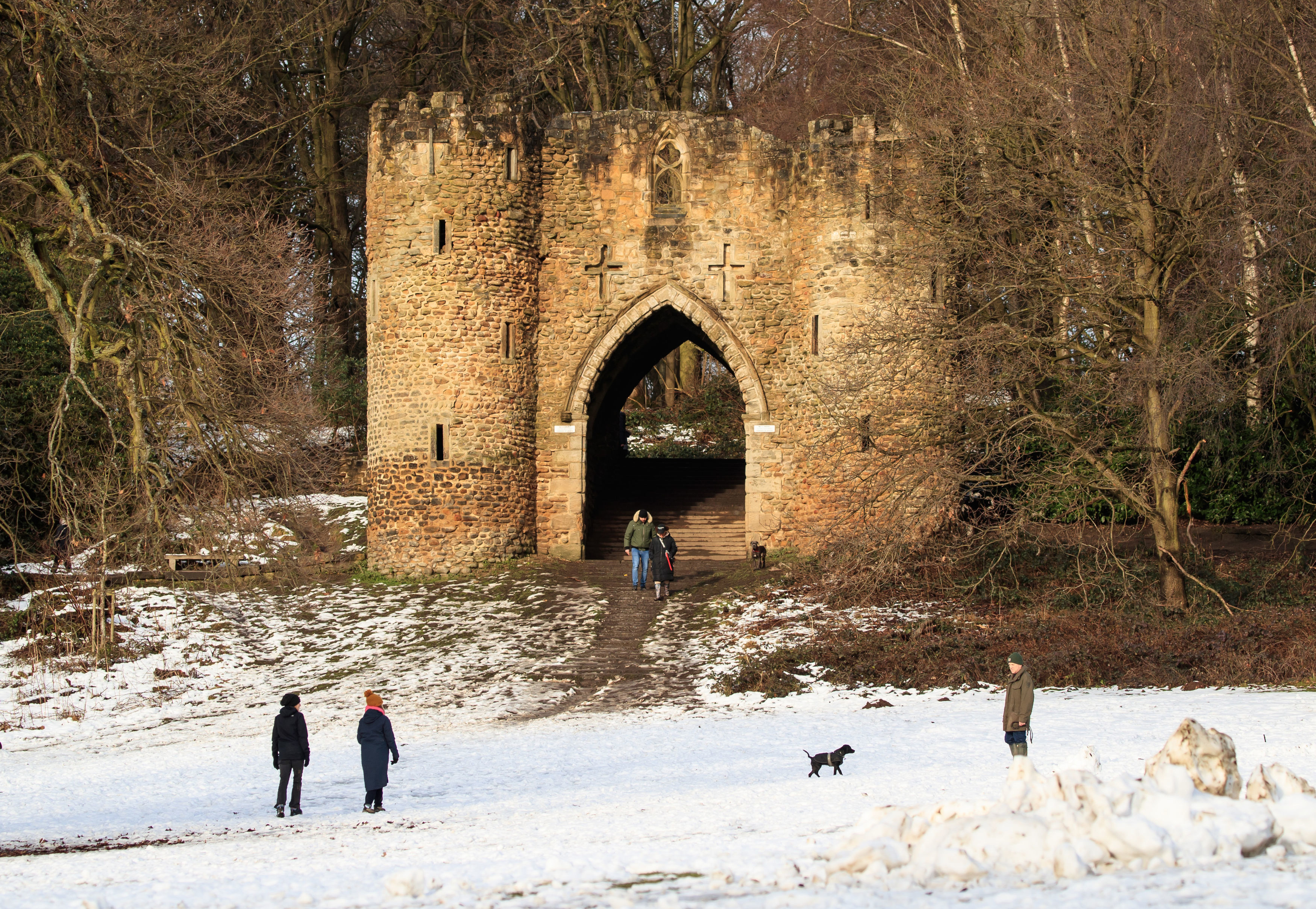 The heavy rain will mix with melting snow on already-saturated groundCredit: PA:Press Association

In Wales, nine flood alerts have been issued, while five alerts are in place for Scotland.

Highways England advised drivers to take extra care on motorways and major A roads, while the RAC breakdown service said motorists should only drive if absolutely necessary.

There was also severe flooding in Holywell, Cambridgeshire after the river burst its banks.

“Our main concern is heavy and persistent rainfall falling over the Peak District and parts of the Pennines which could combine with melting snow to cause flooding.”

The Environment Agency says ground in norther, central and eastern England is “already saturated” – and the rainfall, together with snow melt, is expected to cause “significant” flooding.

“We urge people to keep away from swollen rivers and not to drive through flood water – it is often deeper than it looks and just 30cm of flowing water is enough to float your car,” she said.