IN a 30-year career as a prison officer, David Berridge was surrounded by the most violent criminals in the country, including terrorists, serial killers and armed robbers.

At maximum-security Parkhurst jail on the Isle of Wight, he was often assaulted and abused, and had to tackle riots, cell fires and attempted suicides. 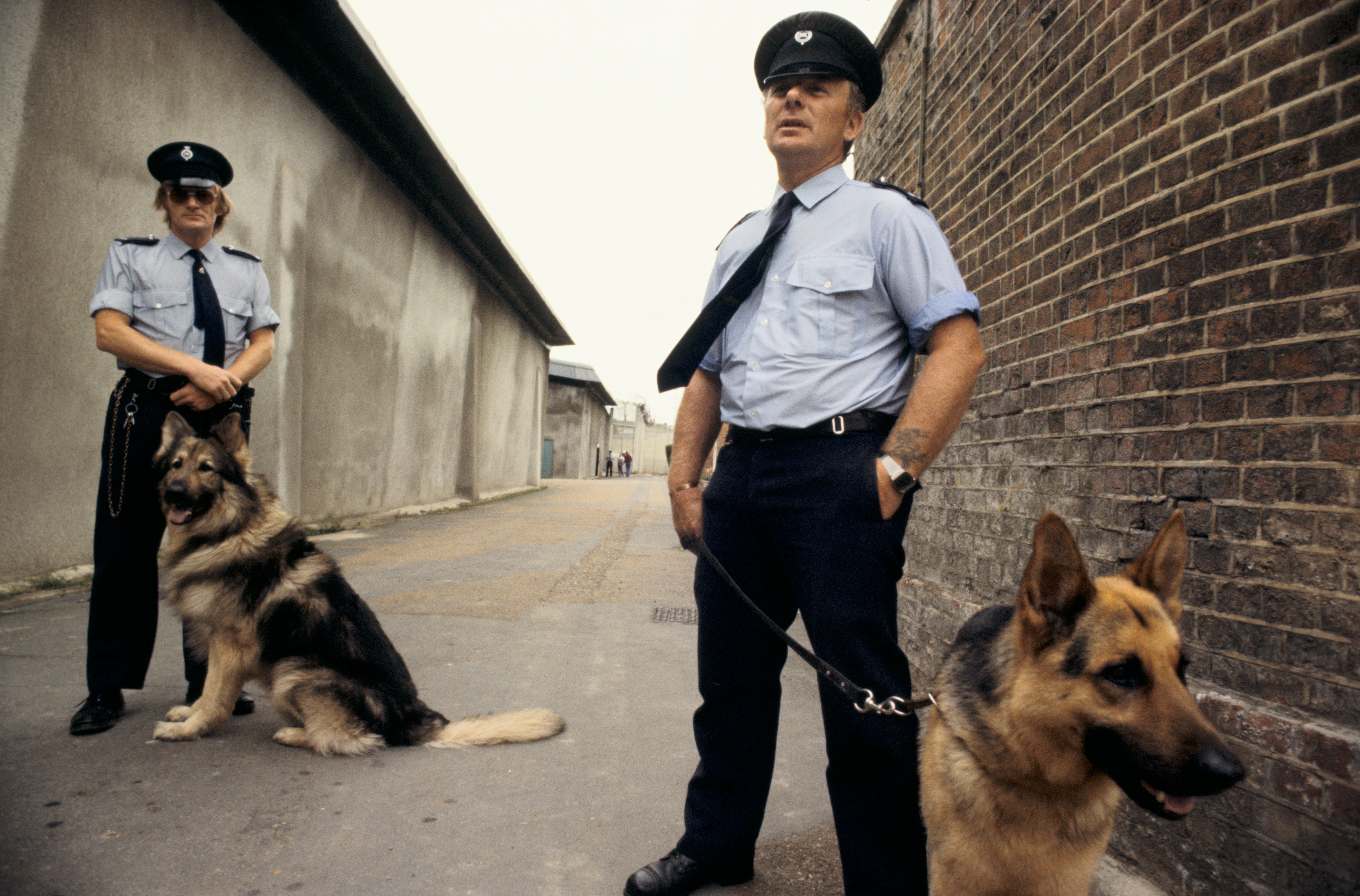 Dog handlers on duty at the notorious nick in the late 1970sCredit: Alamy

David, now 61 and retired, has written a dramatic account of what goes on when the metal doors slam shut. He says: “The prison service is very much a secret service. It exists in the shadows.

“After the crime comes the punishment – but that’s the part we like to keep out of sight and out of mind.”

Parkhurst was merged with nearby Albany Prison in 1995 to become HMP Isle of Wight. In exclusive extracts from his book, David recalls some of the most memorable moments from inside its walls.

The smell of a prison wing is unique, a powerfully pungent aroma of cleaning products, stale body odour, fear, urine and faeces.

Then there is the cacophony of noise — inmates shouting between cells, at officers, and all manner of banging and clattering.

The C Wing special unit used to be based in Parkhurst on the Isle of Wight until that facility was closed in June 1996.

This was where those who were too dangerous to be housed in places such as Broadmoor high-security psychiatric hospital in Berkshire were kept.

If they were beyond any chance of help or cure, C Wing was where they ended up.

So dangerous were its inmates that there was a team with a resident psychiatrist, psychologists and hospital officers responsible for administering the prescribed medication which we hoped would keep them subdued, relatively sane or quiet.

One night an inmate threw everything in his cell out of the window. All the furniture and fittings — sink, toilet, light fittings, clothing, bed and bedding — were broken up into bite-size chunks.

When staff finally entered his cell, he was standing stark naked inside what was now little more than an empty concrete box.

Even bits of the lino-style floor covering were out on the yard. An impressive display of professional vandalism.

Beeny was an inmate desperate to be removed from his wing, claiming he was mentally unwell. But he was like any other inmate and was treated as such.

A pain in the a**e, Beeny was always trying to convince staff he shouldn’t be there. One day he appeared at the staff office, his head and face smeared with blood.

He said: “See, I told you I was mad.” In his desperation to prove the severity of his madness, he had carved three letters into his forehead for all the world to see.

One of the officers asked him why he had written “dam” on his head.

Poor old Beeny — using a razor and mirror, he had not allowed for the optical effect of mirror writing.

This confirmed he was not mad — just stupid.

There are many ways to pay for something in prison. Money is not allowed outside an inmate’s “spends” account so IOUs or some discreet dealings over the phone would be required.

An inmate can become “employed” as a gofer — running around delivering or collecting stuff, or passing on messages.

An inmate can be ordered to hold something illicit.

This confirmed he was not mad — just stupid.

Should the item be discovered, nicked or lost, it is down to the inmate holding the item. He would be in a world of pain unless he could get the thing recovered, whether through stealing it or buying it back.

You can take someone out — beat them up or kill them. You can trade sexual favours.

Or if you have a particular talent, such as drawing, painting, tattooing or cutting hair, you can trade these.

I have seen methadone that has been swallowed, regurgitated and sold on.

And, of course, no end of “plugged” things — meaning they are carried into the jail up the bum — such as drugs, blades, messages and mobile phones. Anything can be traded . . . and everything is for sale at the right price.

On a warm summer’s day, Britain’s Most Notorious Inmate (BMNI) was on the compound, which was packed.

Suddenly, the on-duty prison officer noticed a group had surrounded an inmate who was on the ground, struggling to get to his feet.

BMNI was on the floor, covered in blood. He wanted nothing to do with any first aid. He slowly got to his feet, grabbed a handful of soil and began rubbing it into his numerous, very obvious stab wounds.

With a punctured body and bruised ego, he walked away — and how the blood poured.

Eventually, BMNI hobbled and wobbled his way across the yard until he reached the wing, which was now being banged up.

Once he got back to his cell he collapsed in peace — and only then would he be taken to hospital. He had at least 15 stab wounds and there were no guarantees he would survive.

A contract had been taken out on BMNI. Most of the other prisoners were terrified of his fearsome reputation and unpredictability. There would be consequences when he returned to the wing.

But according to the prison grapevine, the matter was in hand — and the prison bigwigs were planning on shipping him out.

Curry was a loner who thought himself superior to his fellow inmates. And his popularity plummeted further still when it was discovered he was a rapist.

The assault he had carried out was particularly appalling and went on for several hours.

I can honestly say I have never heard screams like that in my life, before or since.

Once the other inmates found this out, his fate was sealed.

Curry was sitting watching the screen one day in the small, dimly lit television room.

Two inmates casually sauntered up behind him, pulled back his head by his hair and poured an entire jug of hot cooking fat mixed with sugar on to his face.

Curry let out a blood-curdling cry like an animal in its death throes.

I can honestly say I have never heard screams like that in my life, before or since.

And I’ve heard a few.

Alarm bells from the hospital are usually the real deal. So when the alarm went off and all of our radios spewed out: “Alarm bell, hospital — urgent assistance required!” we took it extremely seriously.

We answered as a sea of white shirts descended on the hospital and went up to the E3 landing to deal with an inmate famous for being, frankly, a complete and utter nutter.

When we reached his cell we were treated to the surreal sight of a body wrapped head to foot in toilet paper, much like an Egyptian mummy.

This wasn’t fancy dress, though.

He had somehow managed to get hold of a lighter and was now threatening to set himself on fire the moment anyone stepped into his cell.
For good measure, he had covered the floor in shredded newspaper, so his cell was now a tinder box.

After 20 minutes trying to reason with the would-be pyromaniac, the by now p***ed-off PO, famous for his short fuse, grabbed a cleaner’s bucket and threw the stinking contents over the inmate.

He was sodden, coughing and spluttering and angry in the extreme . . .  but very much alive.

An officer was escorting seven inmates from one of the wings down to reception when one of them asked if he could borrow the officer’s pen.

The officer obliged, whereupon the inmate said: “Thanks, Guv,” and stabbed another inmate three times, including once in the eye.

He handed the pen back to the officer and said cheerily: “I needed to do that!”

Albany, the prison next door to Parkhurst, was home to sex offenders, necrophiliacs and baby killers.

Ageing, has-been showbiz types, animal lovers, paedophiles, scumbags, pondlife and an assortment of “VPs” — meaning vulnerable prisoners — were held there. These prisoners had committed the most depraved acts.

One of the more famous inmates at Albany was a glam rock star who was now just another little old man who had been found guilty of paedophilia.

As we called for exercise one day, he shuffled his way towards me and, despite the fact that I knew exactly who he was, I asked him his name.
He wasn’t overly impressed. His reputation might have been shot to pieces, but his ego remained intact.

Mr Former Glam Rock Star’s ego took another kicking when he started singing on the landing.

A man who had once held audiences in the palm of his hand was now told in no uncertain terms: “Shut the f* up, you muggy c*!”

Inside Parkhurst: Stories Of A Prison Officer, by David Berridge, is published by Seven Dials, priced £7.99 in paperback. Also available in ebook and audiobook. 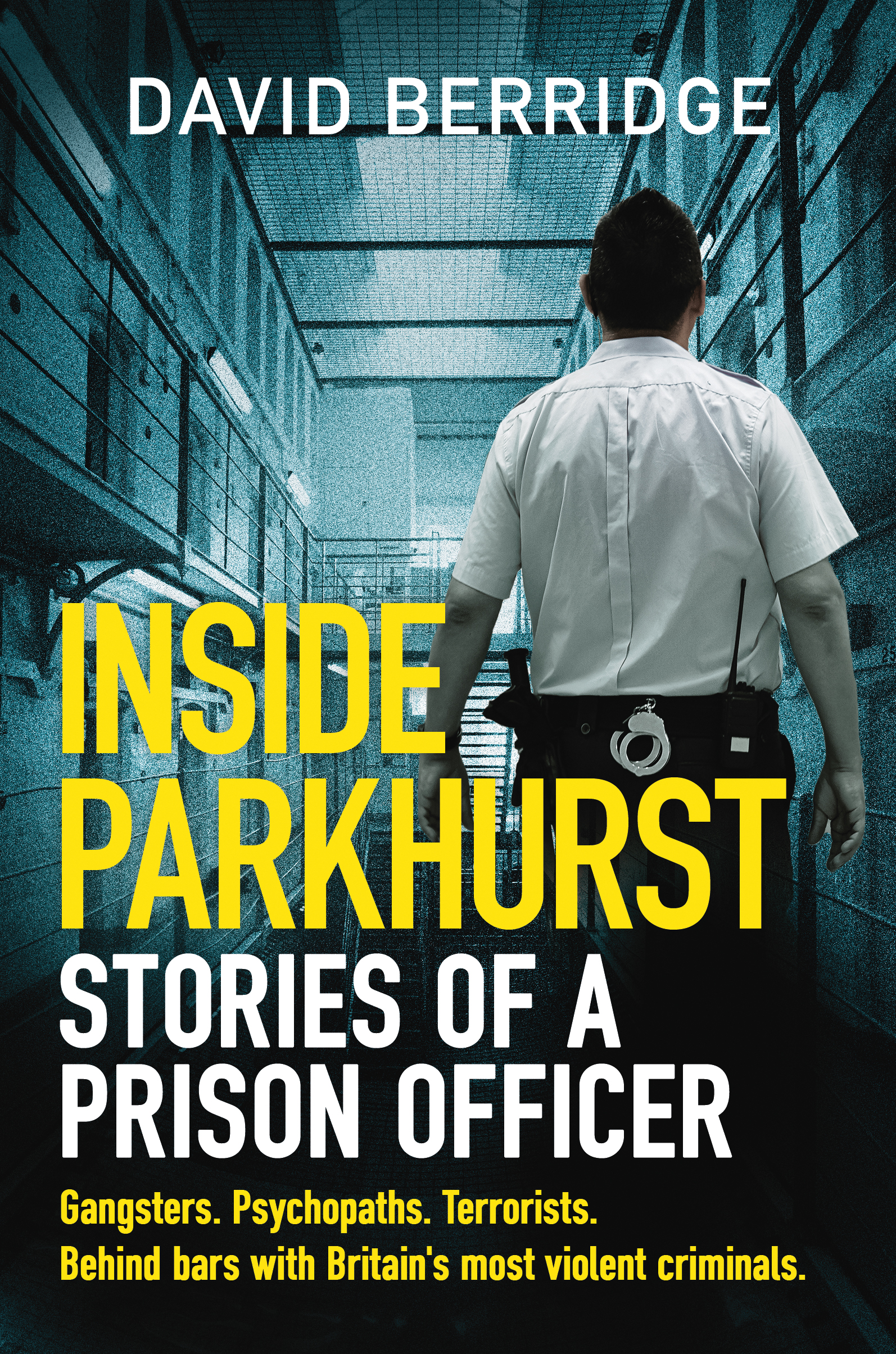 Inside Parkhurst: Stories Of A Prison Officer, by David Berridge, is published by Seven Dials, priced £7.99 in paperback 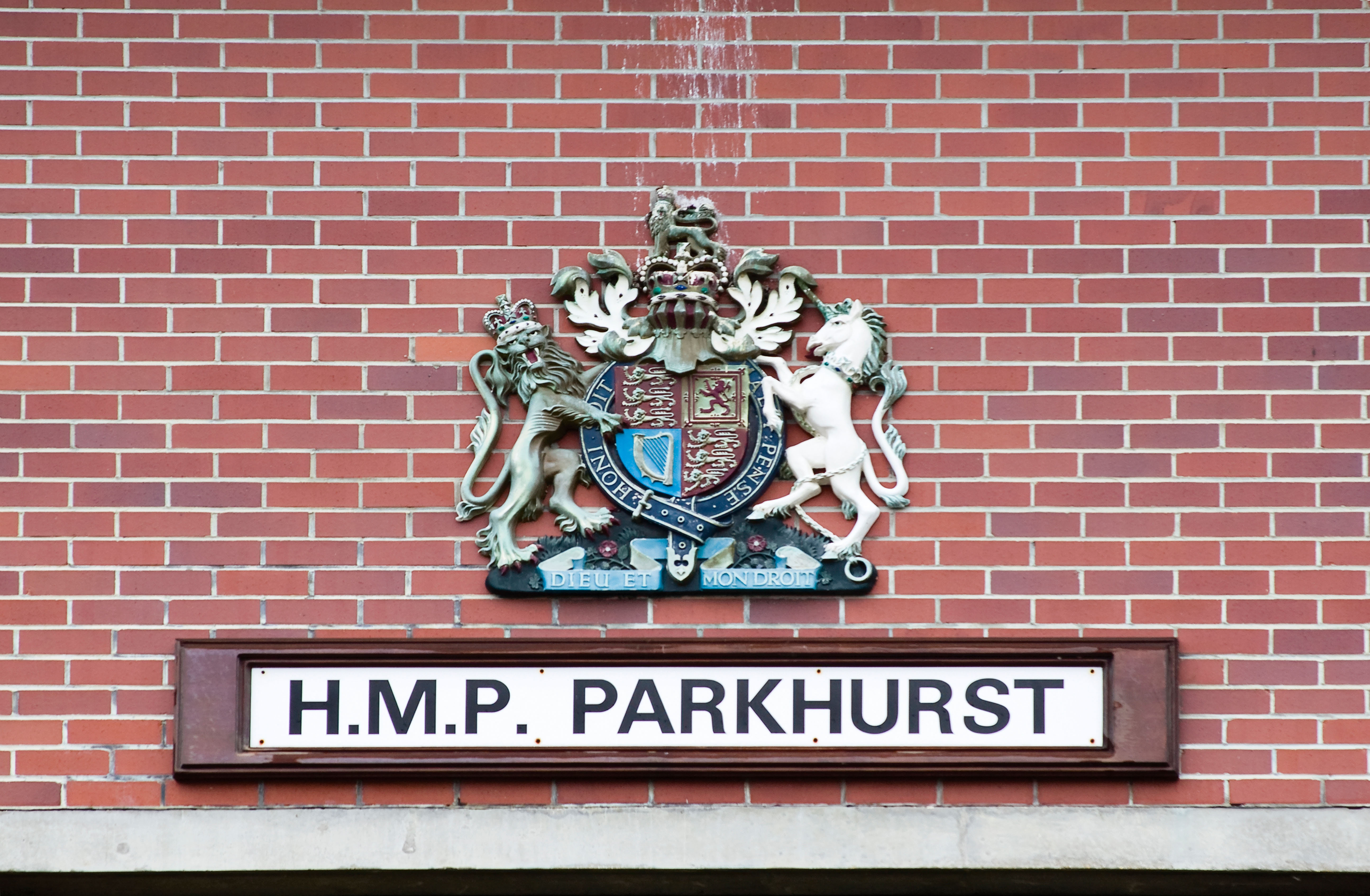 The C Wing special unit used to be based in Parkhurst on the Isle of Wight until that facility was closed in June 1996Credit: Alamy 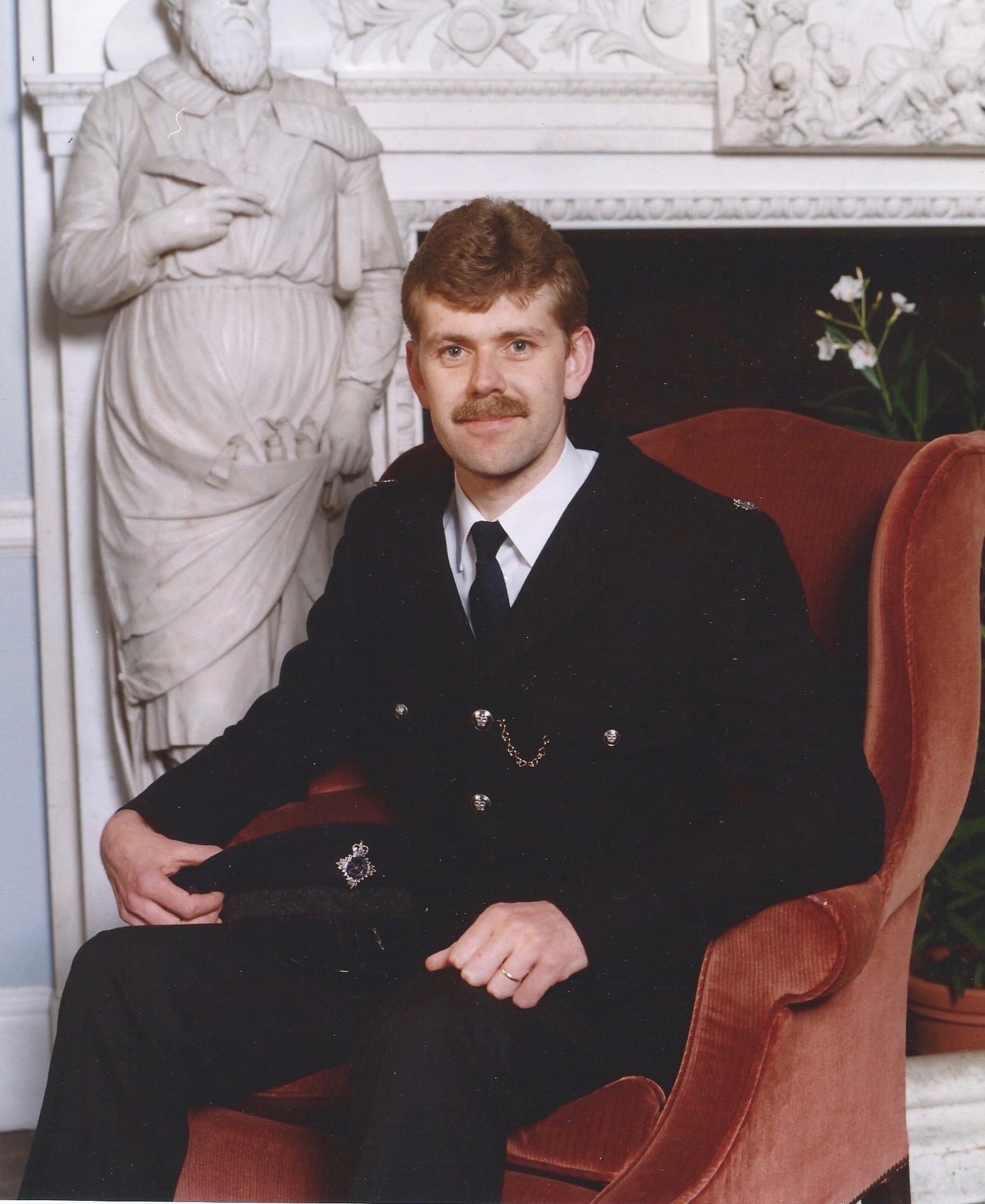 I can honestly say I have never heard screams like that in my life, before or since. And I’ve heard a few, writes David 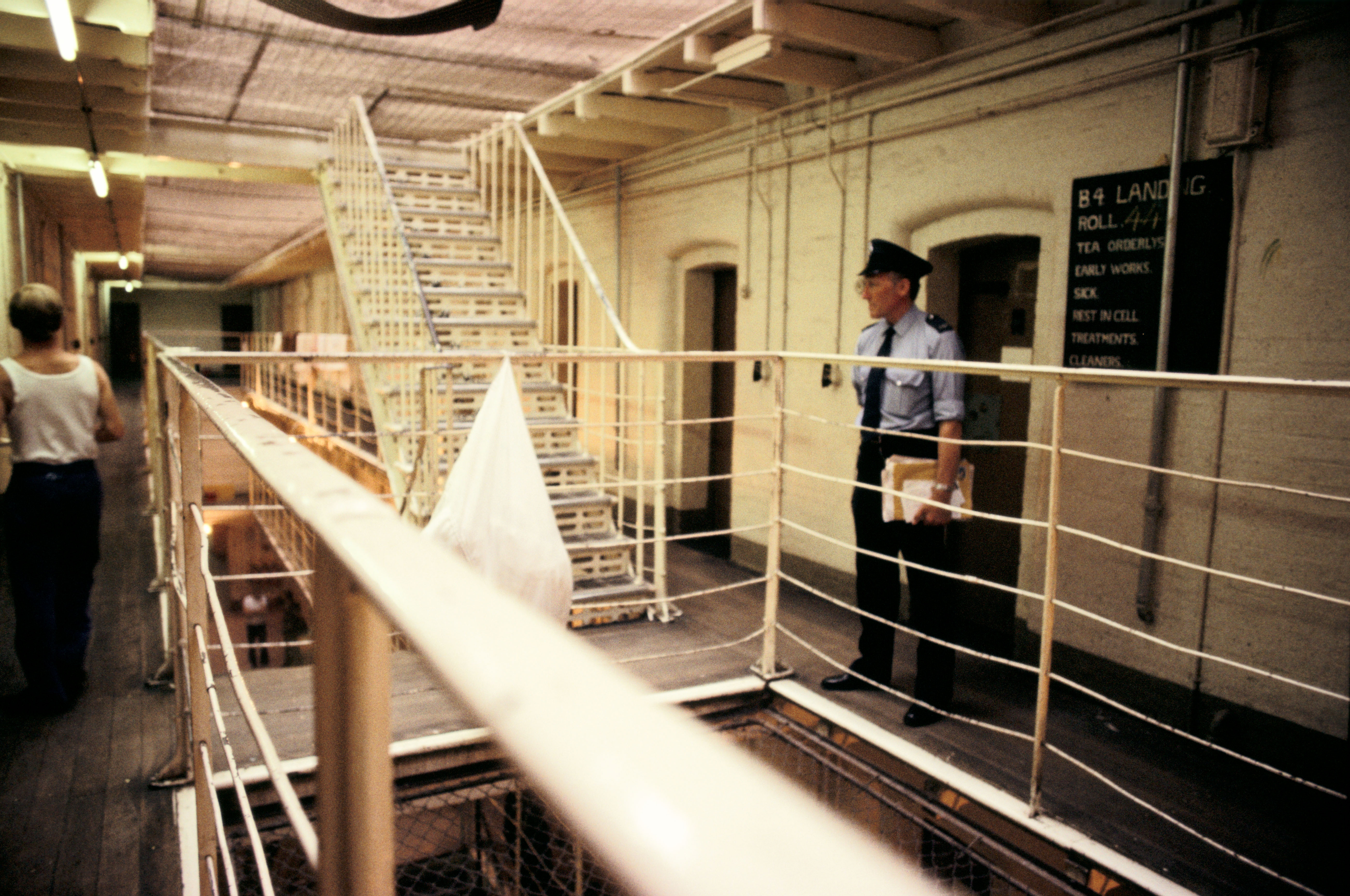 This was where those who were too dangerous to be housed in places such as Broadmoor high-security psychiatric hospital in Berkshire were keptCredit: Alamy 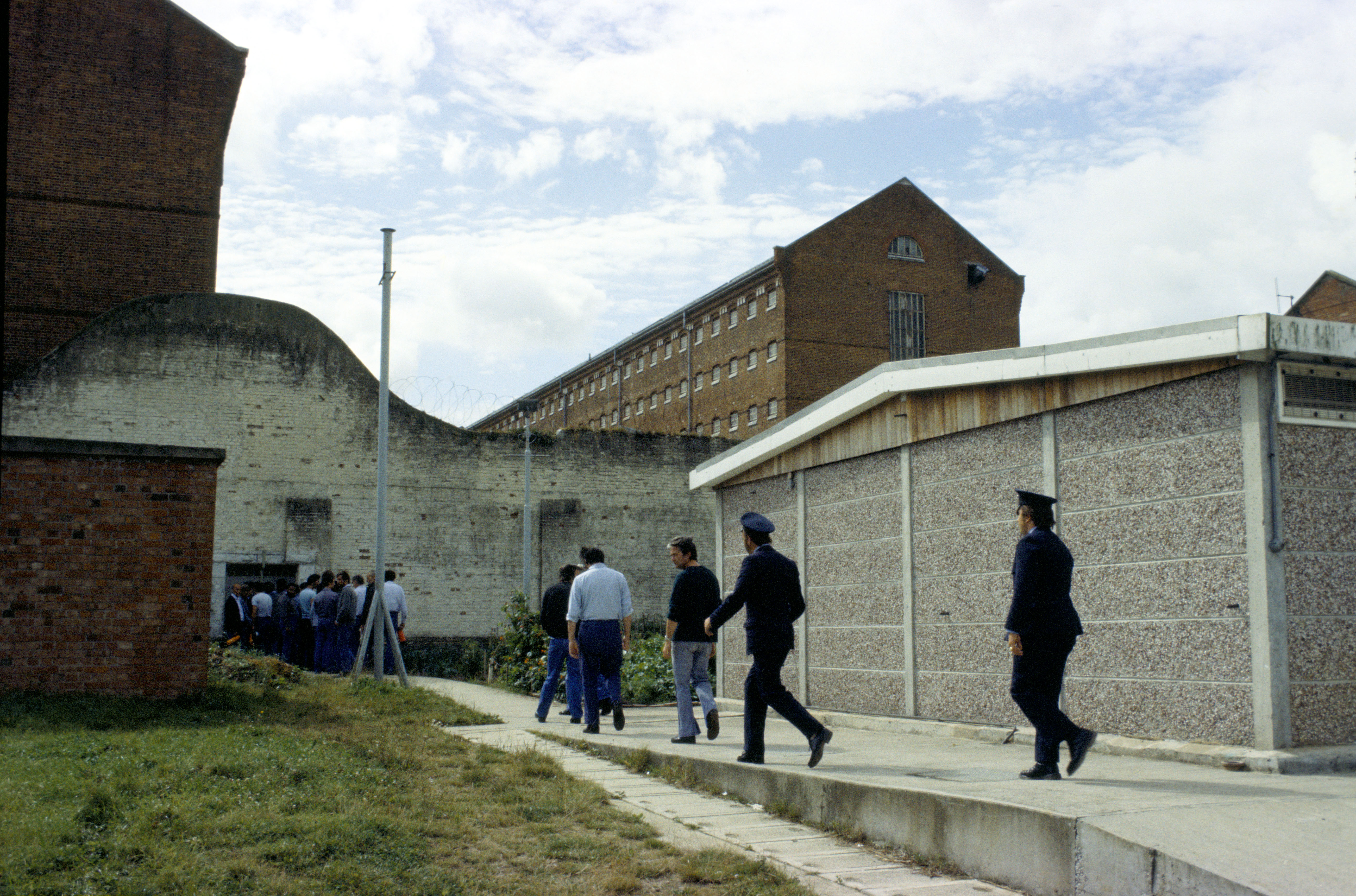 Albany, the prison next door to Parkhurst, was home to sex offenders, necrophiliacs and baby killersCredit: Alamy 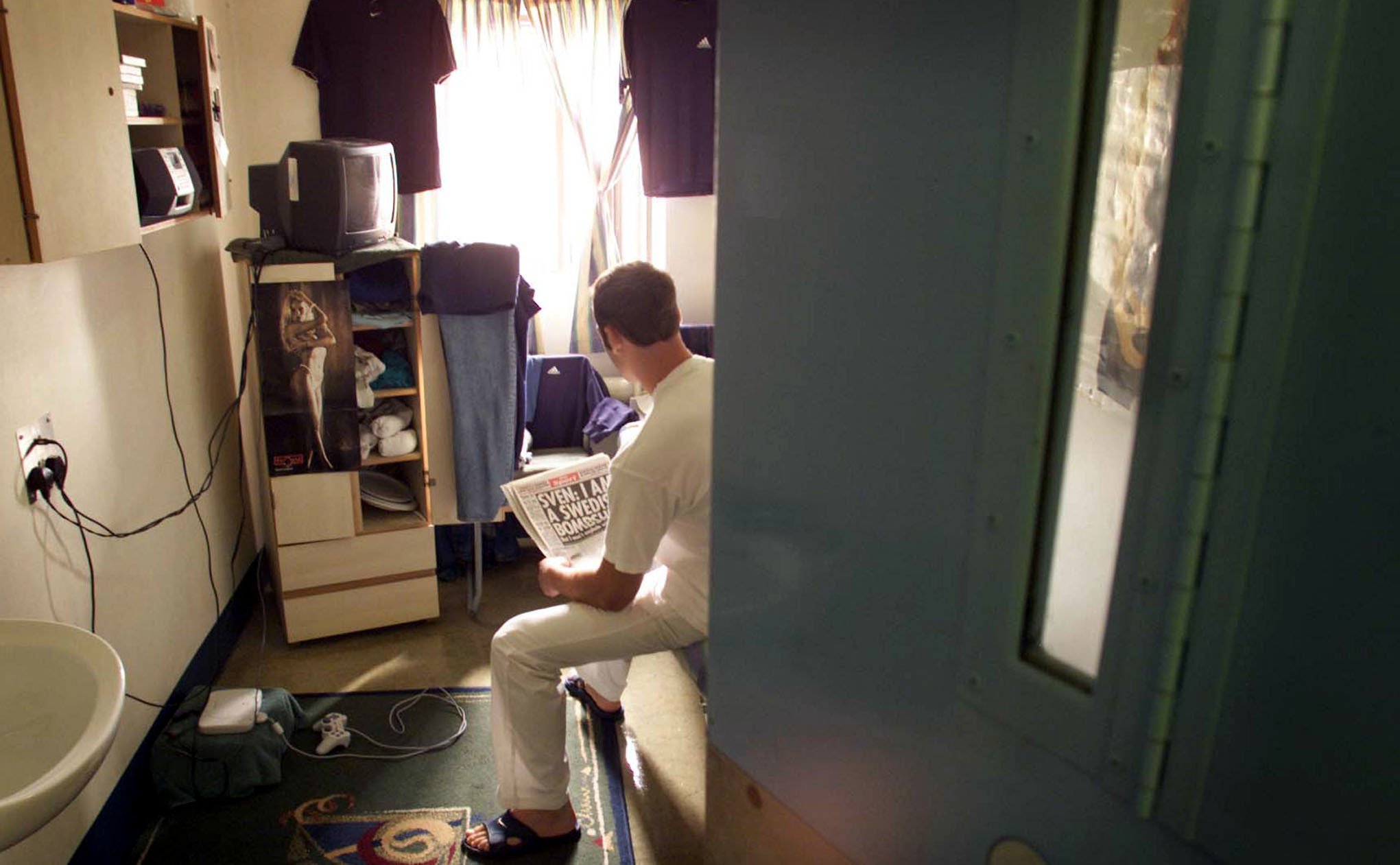 If they were beyond any chance of help or cure, C Wing was where they ended upCredit: PA

‘Murdered’ woman, 22, found dead house with man in Kettering is named as family say ‘our hearts are broken’