SHOCKING drone footage shows a massive crater along California’s Highway One after a landslide washed part of the road away.

The landslide sent a big chunk of the road in Monterey County, about 15 miles south of Big Sur, tumbling into the Pacific Ocean earlier this week. 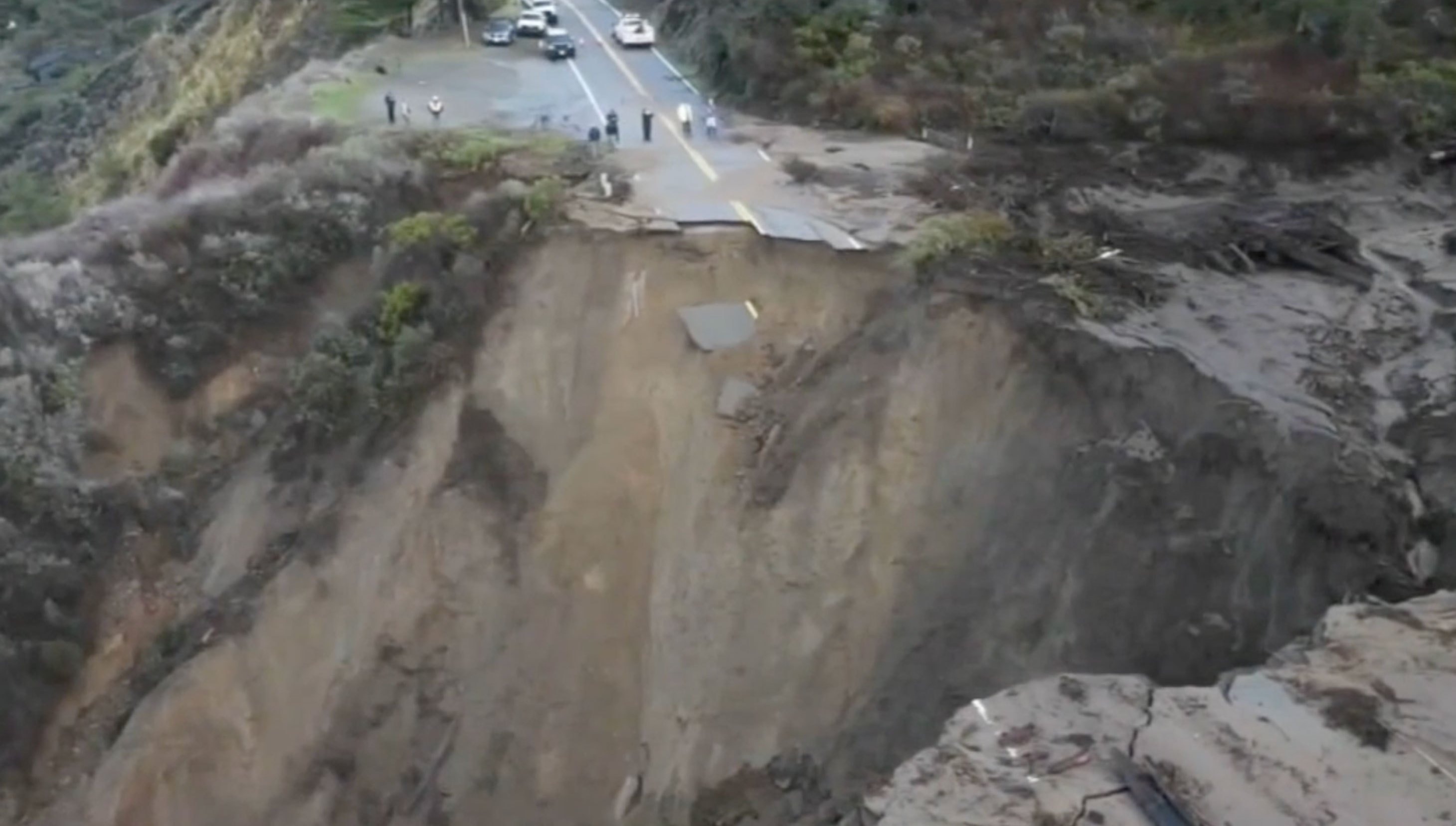 Shocking drone footage showed part of Highway One had been washed into the oceanCredit: AIO Films/ABC7 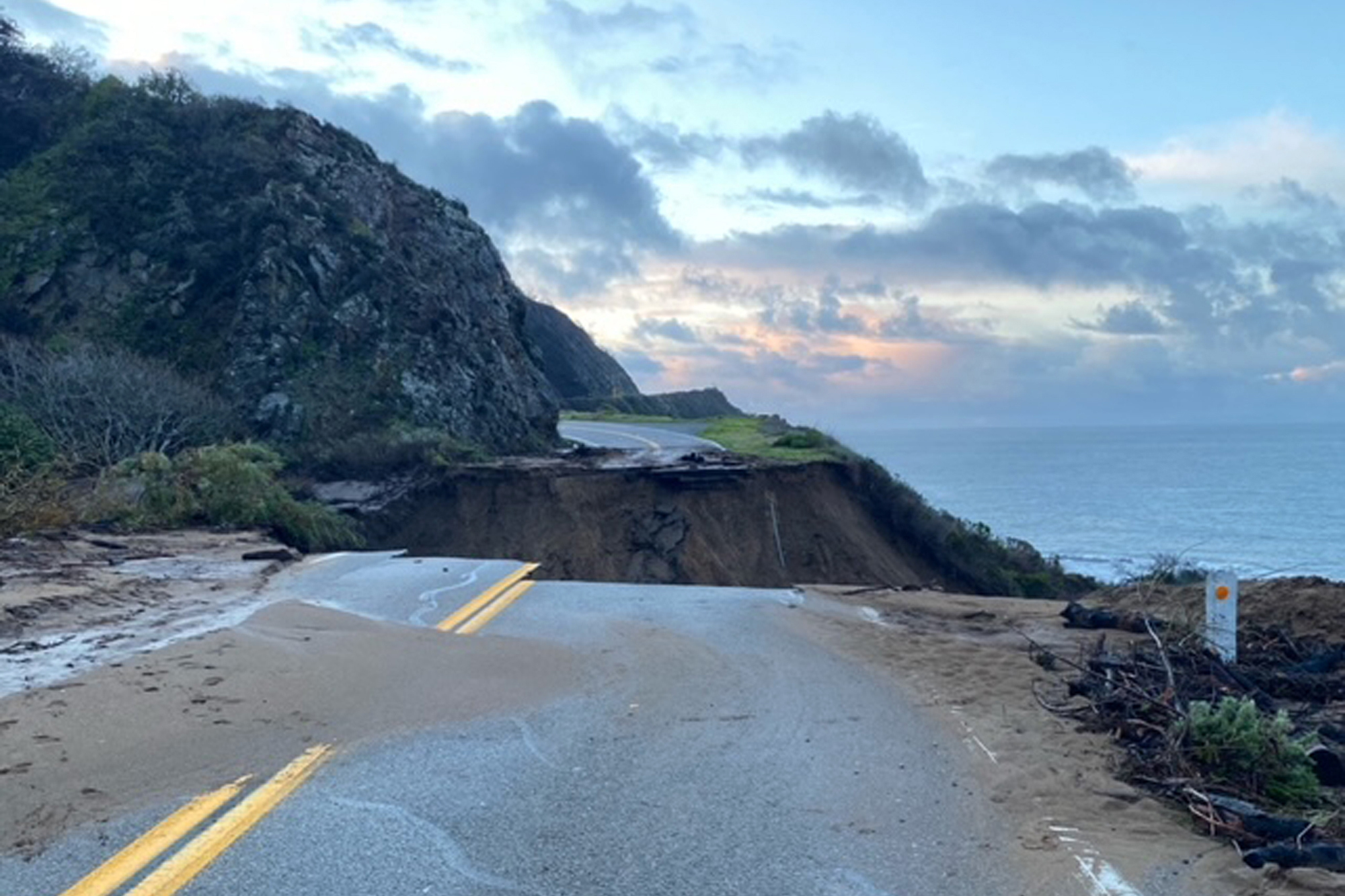 Mudslides caused a huge chunk of road to be taken outCredit: AP:Associated Press

Heavy rainfall led the California Highway Patrol in Monterey to issue warnings to stay away from the area of Highway One on Thursday.

Officer John Yerace told ABC 7 that he noticed part of the road had been taken out by Thursday afternoon.

As the incredible footage shows, more of the road was washed away as the area continued to be pummeled by stormy conditions.

Californians were being advised to avoid the areaCredit: AIO Films 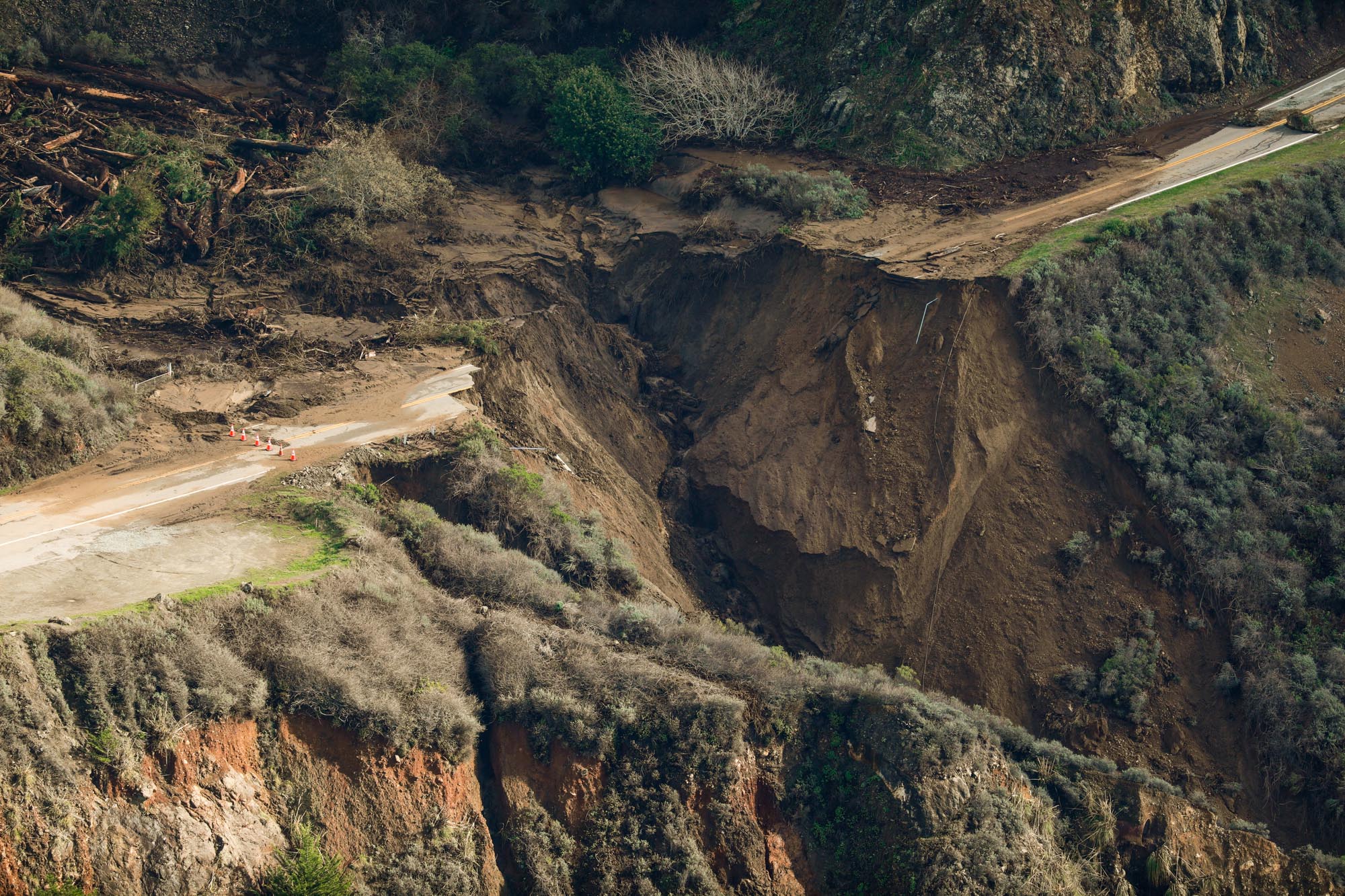 The road was taken out on Highway One near Big SurCredit: San Francisco Chronicle

“Around 6pm [Thursday], the roadway still consisted of a northbound lane,” Yerace said.

“Some time overnight, prior to 6.30 in the morning, we responded back to the scene with the assistance of Caltrans access and realized that the roadway is now gone,” he said.

The highway patrol posted shocking photos of the mudslide to social media and encouraged Californians to avoid the area, as conditions were still dangerous.

“This area is closed to the public,” a post from Thursday night says.

There’s no word yet on how long crews expect the road to be out of service.

A winter storm blew through parts of California on Wednesday and Thursday, creating dangerous mudslides in some areas and forcing hundreds of people to evacuate, according to The Weather Channel.