WHEN tea picker Grace* refused to have sex with her manager three times, she thought the worst repercussion was going to be having her wages docked.

But horrifyingly a few weeks later, in March 2019, she says he followed her to a remote part of the Malawi plantation where he threw her to the ground and raped her. 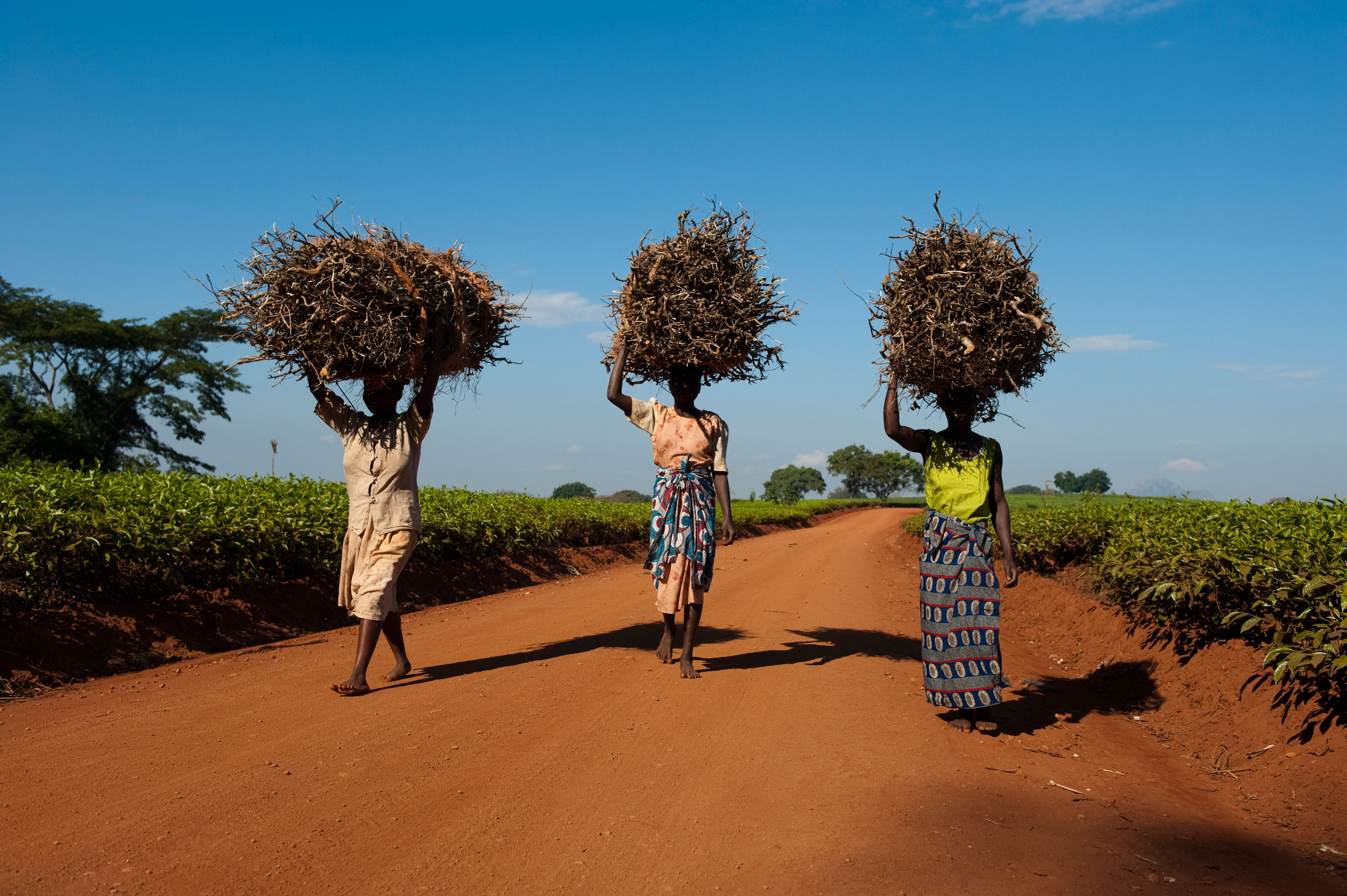 Women on the Lejuri tea estates claim they are sexually assaulted by supervisorsCredit: Alamy

The anguished cries of the mum-of-two went unheard by her fellow workers, who were too far away to help.

Tragically this alleged attack – which left her pregnant and infected with HIV – was one of many reported on the Lejuri Estates, which supplies UK brands including PG Tips and Yorkshire Tea.

PGI, the British owners of the Malawi estates, are now facing a law suit over the alleged sexual abuse of workers by a number of supervisors, who are accused of 31 different claims of sexual assault and harassment including ten cases of rape.

Marks & Spencer, Tesco, Co-op and Sainsbury’s have stopped using Lujeri to supply their own brand teas while the alleged abuses are investigated and Waitrose is seeking assurances from the company that immediate action is being taken.

But the horrific claims are just a tiny snapshot of the wider abuse behind Brits’ favourite drink – with unsanitary housing, human rights abuses and children being paid as little as 20p a day for hours of back-breaking work in terrible conditions.

Brits drink 165 million cups of tea a day, and the big six – PG Tips, Twinings, Tetley, Yorkshire, Typhoo, and Clipper – comprise about 70 per cent of the UK market with annual sales of around £500 million.

But the shocking truth behind our daily cuppa leaves a bitter taste. 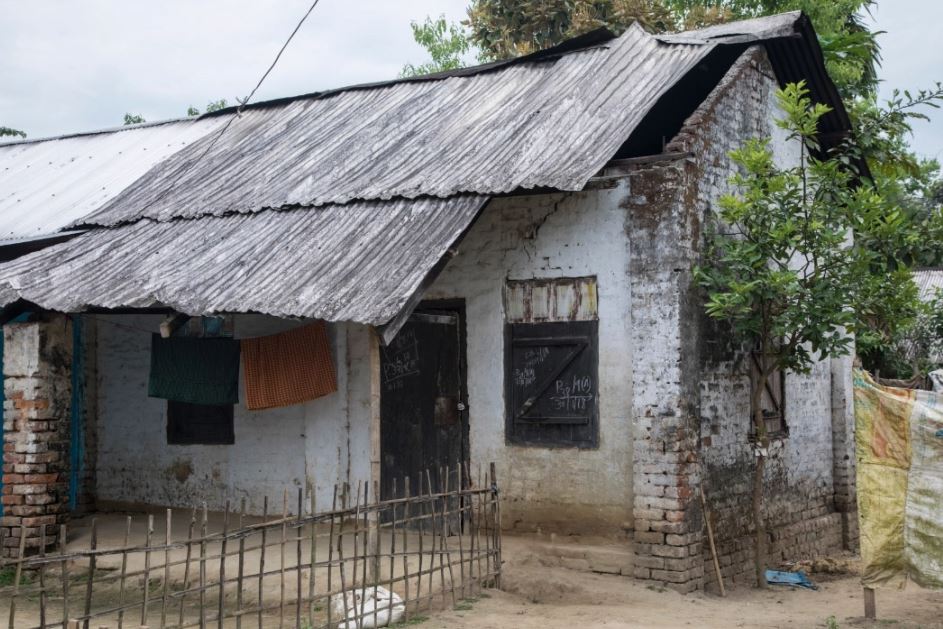 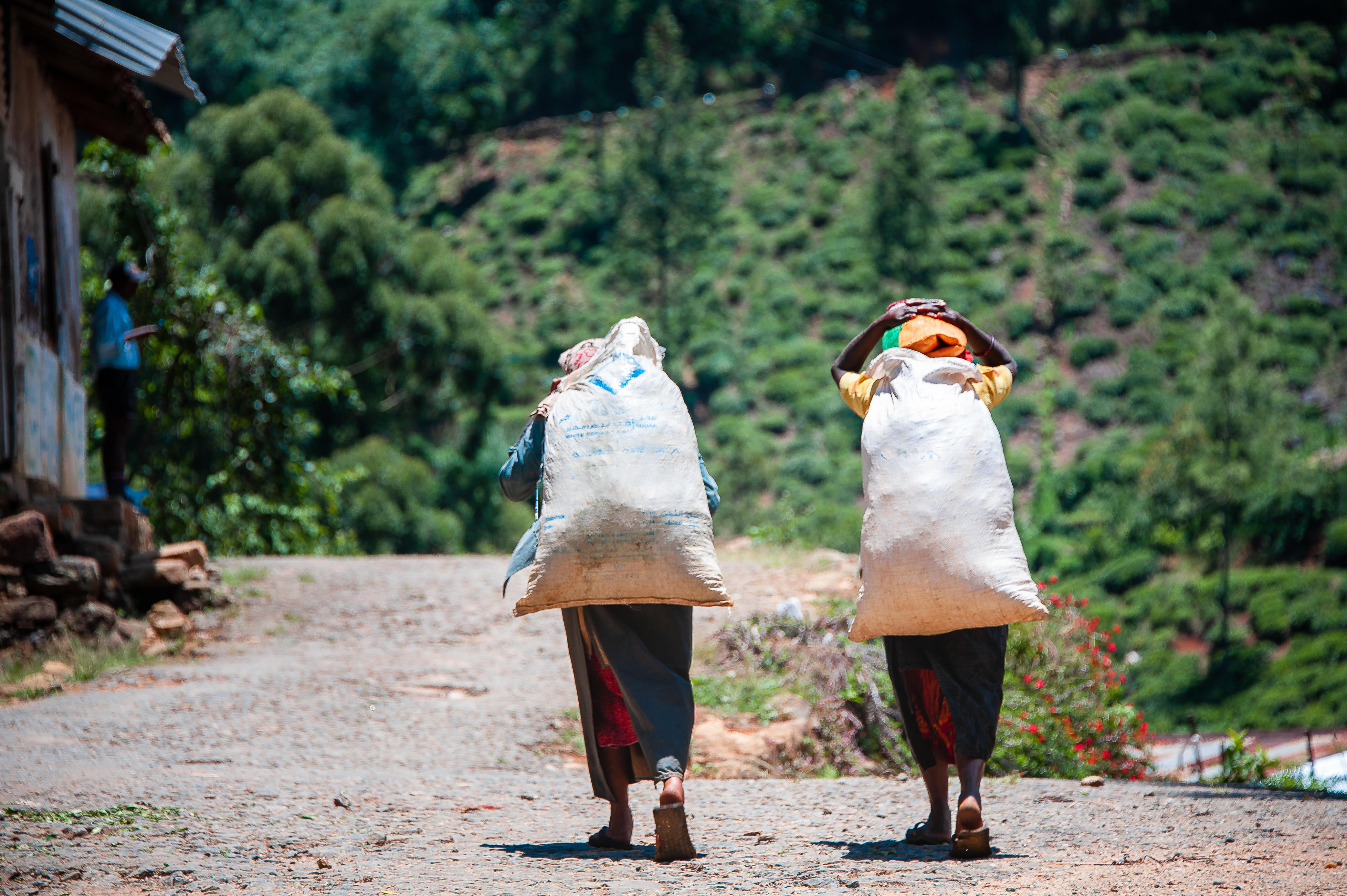 Raped by managers and sacked for refusing sex

Tea pickers on the 8,000 acre Lejuri Estates, in Southern Malawi, are mostly female and are paid just £1 a day.

They are easy prey to the male supervisors – known as capitaos – with a 2016 Oxfam report claiming sexual exploitation was rife on Malawian plantations, saying “harsh treatment and harassment”  was endemic.

The Lejuri workers bringing the lawsuit against PGI claim their wages were docked and contracts were not renewed after managers’ sexual advances were refused, with 18 saying they lost income as a direct result.

The capitaos, they claim, would mark them down as absent or having not reached targets, and any time taken off after an attack went unpaid. Six, including Grace, lost their job as a direct result of abuse.

The law suit, which names 36 alleged perpetrators highlights “a systemic problem of male workers at plantations abusing their positions of power” to rape, sexually assault, harass and coerce women they supervise into sex.

When Grace told her abuser she was pregnant with his child, “he just laughed”.

But the single mother, with two young children, lost her job at five months and tragically gave birth to a stillborn baby in December 2019.

Grace said: “People enjoying drinking tea in the UK should know that women working in the fields suffer.”

Grant Bramsen, managing director of Lujeri Teas Estates said: “The entire management team at Lujeri has been deeply troubled by these allegations. Following the Oxfam report in 2016, we implemented processes that we judged would address the risks of abuse. Clearly, they did not go far enough. Our absolute priority is to ensure we implement Impactt’s recommendations to the letter and that the potential for any form of abuse is stamped out.”

PGI said: “We have been shocked and deeply dismayed by details of the allegations made against Lujeri Tea Estates, relating to the conduct of certain male supervisors … Since learning of these allegations, we have been kept fully informed of the investigation, review and actions that the management team at Lujeri immediately undertook.”

Unilever, which lists Lujeri as a supplier and has several tea brands including PG Tips and Lipton, said: “Any abuse of workers is unacceptable and we believe that the correct approach to tackling such deep-seated problems is for us to continue to work with industry groups and partners to help the Malawi tea industry improve the lives of tea workers and bring an end to sexual and gender based violence.”

Tetley has suspended supply until further investigations were complete.

Simon Hotchkin, head of sustainability at Bettys & Taylors of Harrogate, which owns Yorkshire Tea, said: “We’re in close contact with Lujeri to make sure swift action is being taken. What we’ve seen so far is encouraging, but there’s a lot more that needs to be done. If our suppliers aren’t able to improve this situation, we’d stop buying from them.” It’s not a decision we’d take lightly, because it’s hard to overstate the impact of suddenly cutting off some of the world’s poorest workers and smallholders from their source of income.”

Despite efforts to eliminate child labour, it remains a huge problem on estates across Africa, India and Bangladesh.

Over half of children aged aged 5 to 14 work in agriculture in India and, in Western Uganda, studies have shown that about 40,000 children work as tea pickers earning 30 US cents, or 20p, a day.

Despite efforts by the government to supply universal education, Uganda Bureau of Statistics (UBOS) claims 45 per cent of poorer children between five and 17 are forced out of school to work.

Many are orphans or work to supplement the income of a sick parent.

Sheuly Munda, from Bangladesh, had to leave school and pick tea at 12 alongside her grandmother, Belmoni, after her mum died. 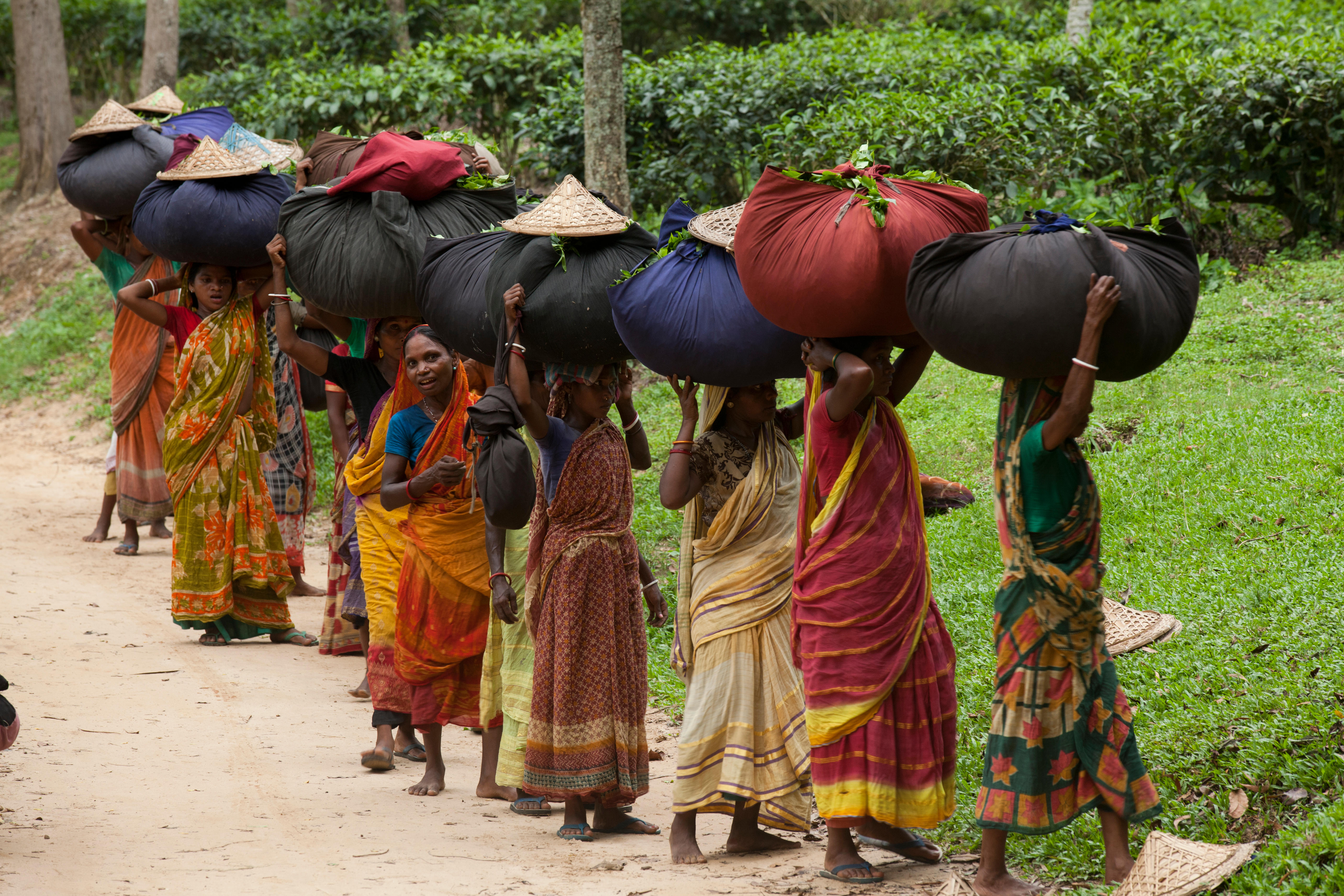 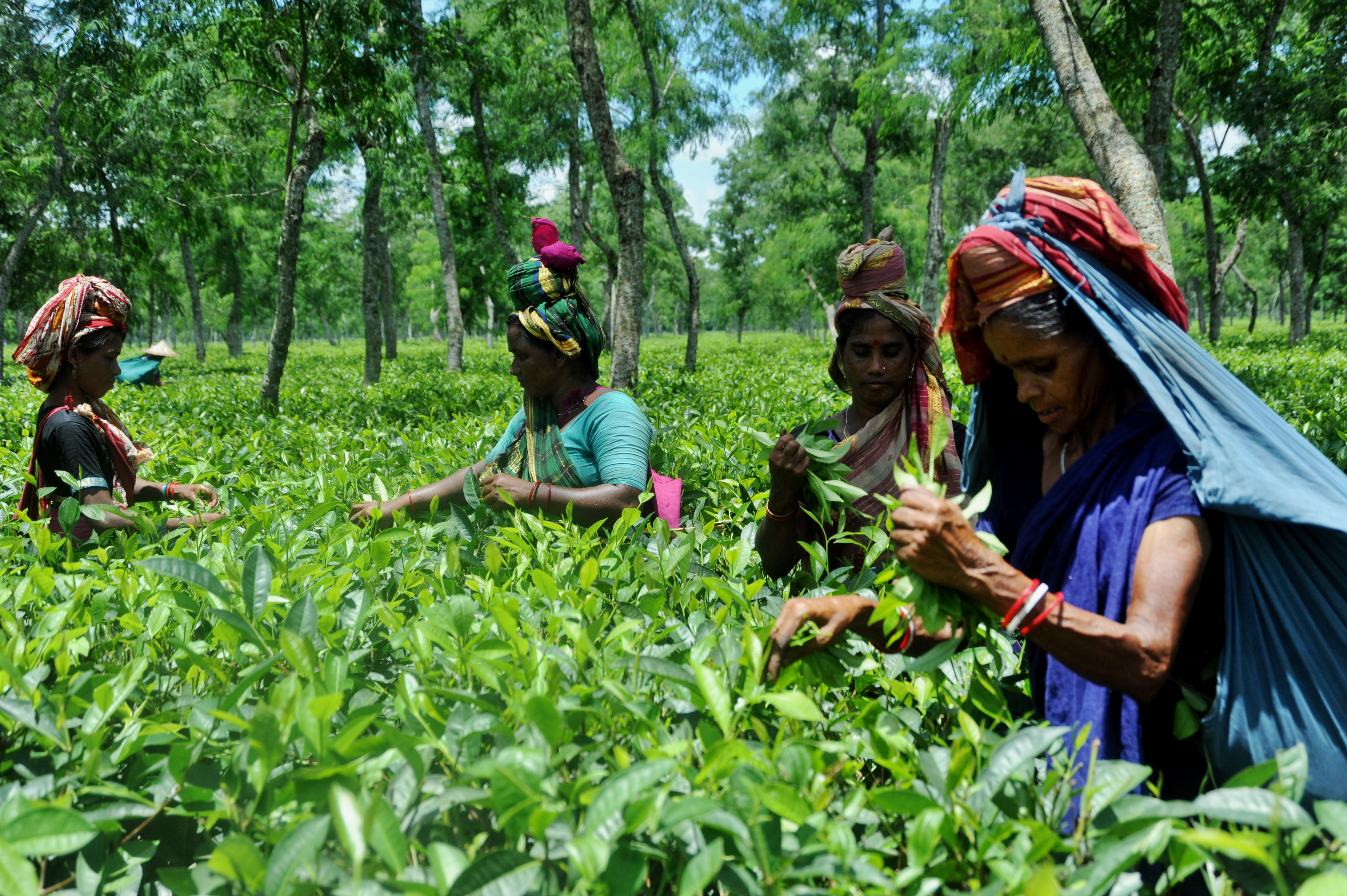 Women pick on the estate, where children often work for penniesCredit: Alamy

“I wanted to continue my study, but my grandmother said she could not bear my education expenses,” she says.

“Instead, it would be better for the family if I could earn something.”

Sakhina Munda started plucking leaves on the same estate in Moulvibazar at 14, working eight hours a day to pick a daily target of 25kg.

“My mother has tuberculosis and my father died a few years ago,” she says. “I have to work here to feed our family of four.” 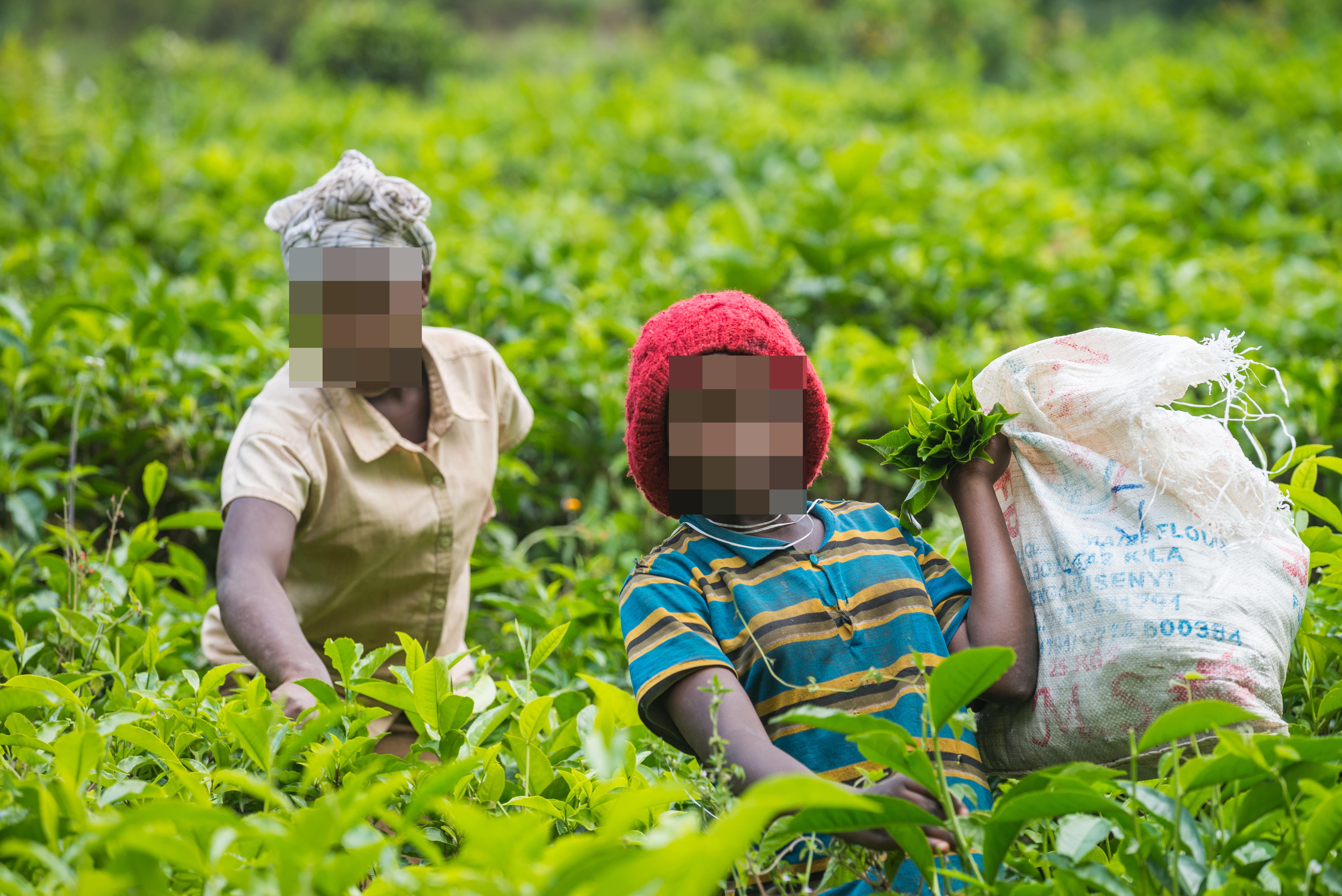 A child picks tea on a plantation in UgandaCredit: Alamy

Tea grown in the subtropical state of Assam, prized for a rich malty flavour, is found in the majority of UK brands and owners of tea estates have a legal duty to provide benefits such as housing, schools and health facilities.

But research, carried out by Brit charity Traidcraft Exchange in 2019, found wages are pitifully low, workers – more than half, women – live in decrepit homes, are malnourished and many have no toilets.

Dad-of-three Rajesh Tirkey has only been able to enrol two of his children at school.

Living in substandard huts, he says they are forced to live on rations which are often “contaminated”.

“The wheat flour tastes bitter and forms lumps and is infested with germs and worms,” he says. 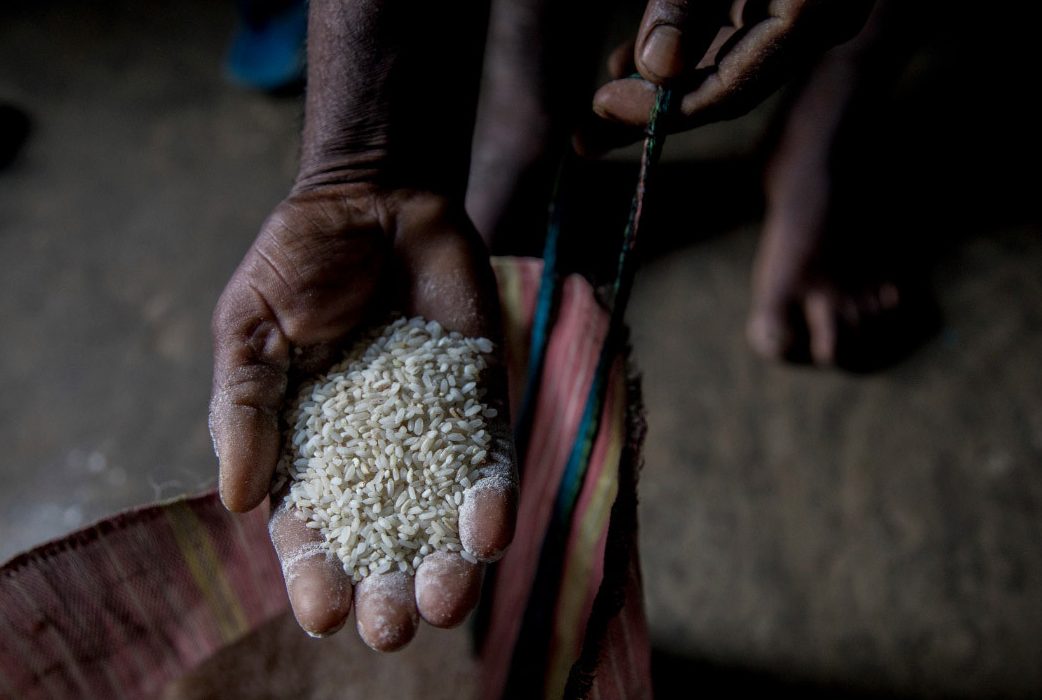 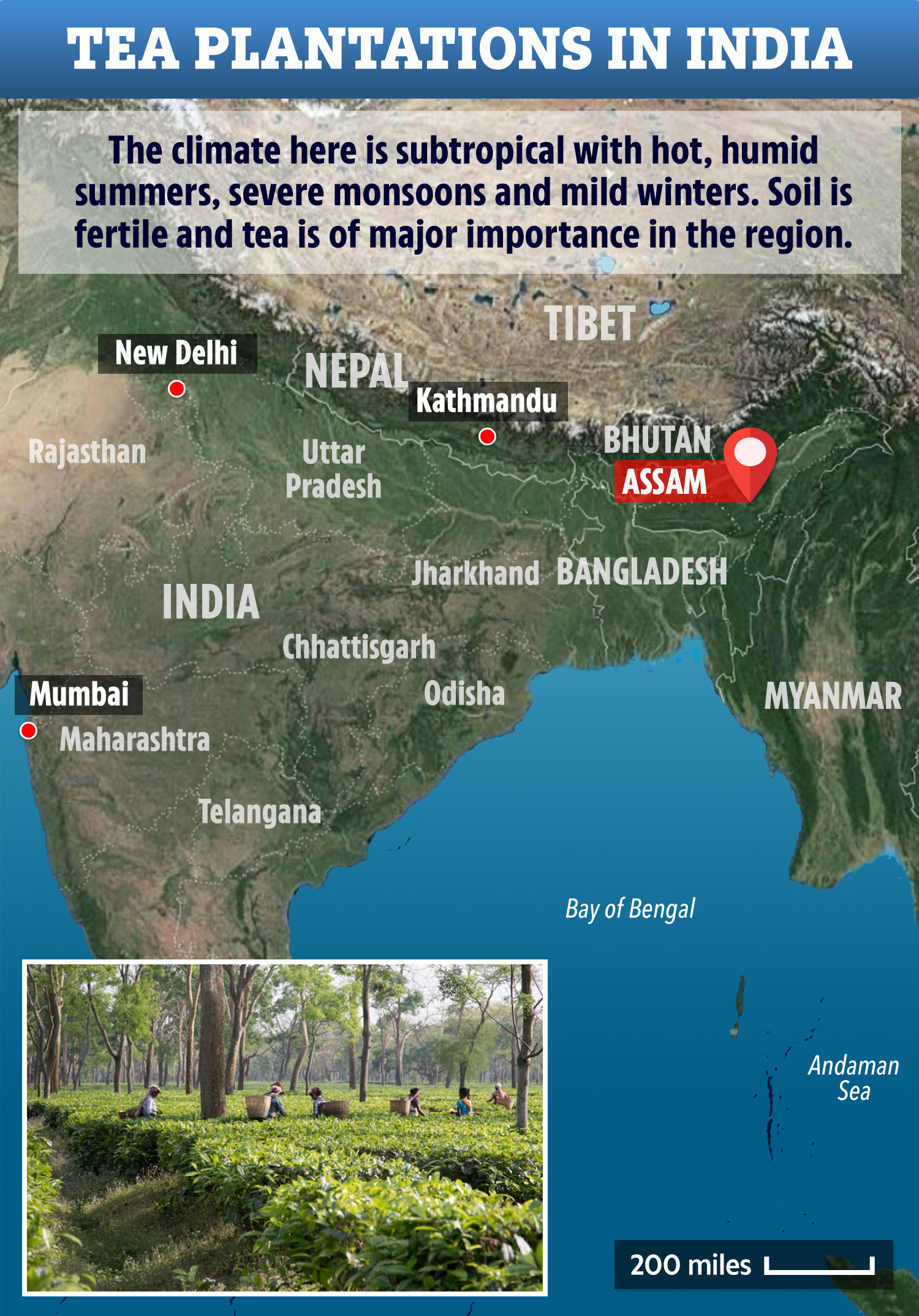 For another father, Thomas, his biggest concern is the lack of toilets.

He adds that when his kids are struck down with diarrhoea at night, they have to go outside the house.

For workers, there’s often nowhere to go when nature calls on the job.

“There is no toilet anywhere in the place of work… so we have to urinate or defecate in the plantation,” says worker Maloti Karmakar.

She adds: “People collapse from pressure stroke, especially during scorching heat. Patients are taken to the hospital, where treatment takes time and patients at times die. 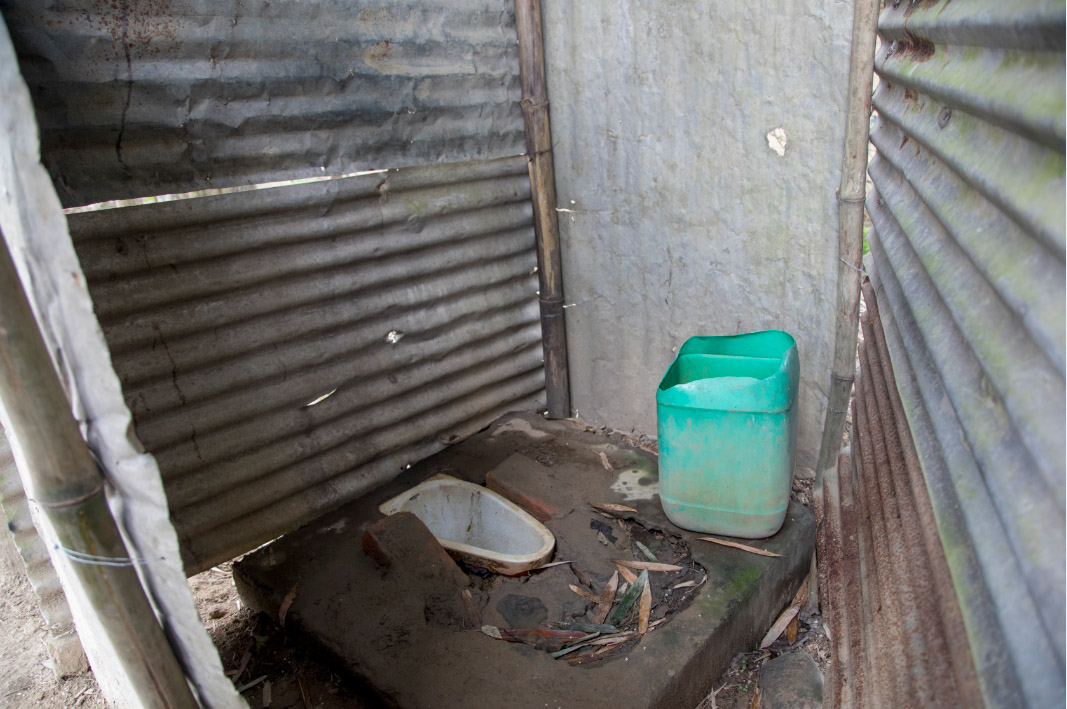 “Overheated workers have collapsed and died and there’s no doctor to help them.”

Pregnant women in labour have had to walk miles to get to hospital – statistics show a shocking 404 women die for every 100,000 live births in Assam tea estate areas, compared to 10 in the UK. 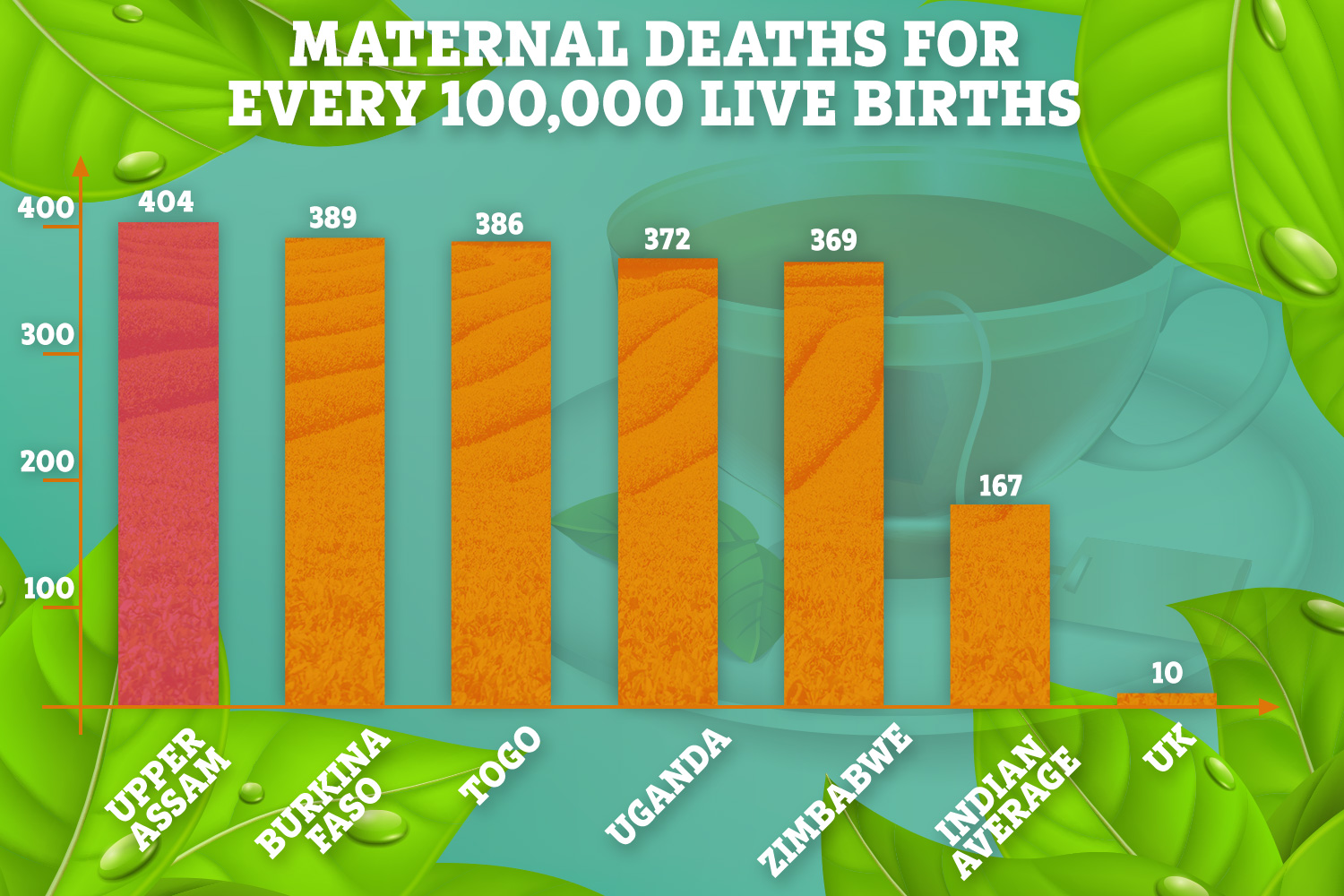 Credit: Traidcraft: The Estate They’re In

Sheila Hassan, a tea picker in Assam, slaves away in oppressive heat and bullying supervisors weigh their pickings twice a day.

“If we’re not able to give enough tea leaves, the supervisors yell at us. They keep on saying, ‘we need leaves, we need leaves,” she says.

Paid just £1.50 a day, she was unable to afford the £23 anti-rabies shot she needed when her son was bitten by a dog and was forced to rely on cheaper herbal medicine.

“With these medicines, there’s no guarantee whether he will heal or die,” she tells us. 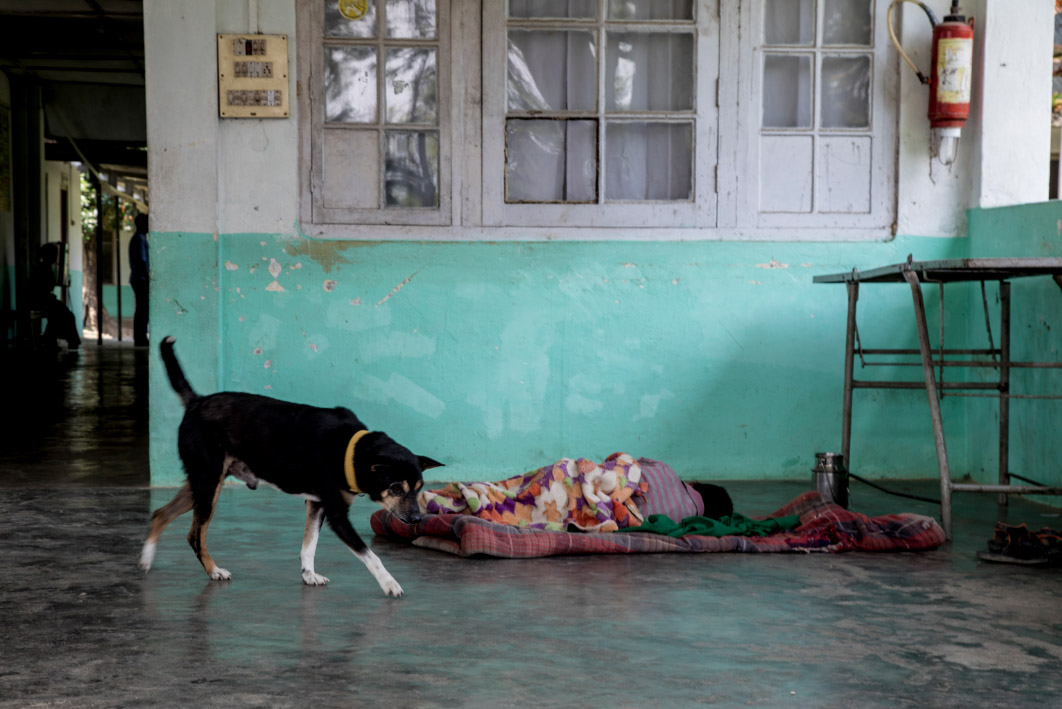 A child sleeps on a thin blanket on the ground in AssamCredit: Traidcraft Exchange / HELM Studio

Another tea plantation worker, Chanda Orang, describes how a child with severe vomiting and diarrhoea ended up dead because he didn’t get treatment in time.

“If you ask for ambulance in the morning, it arrives in the evening,” she says. 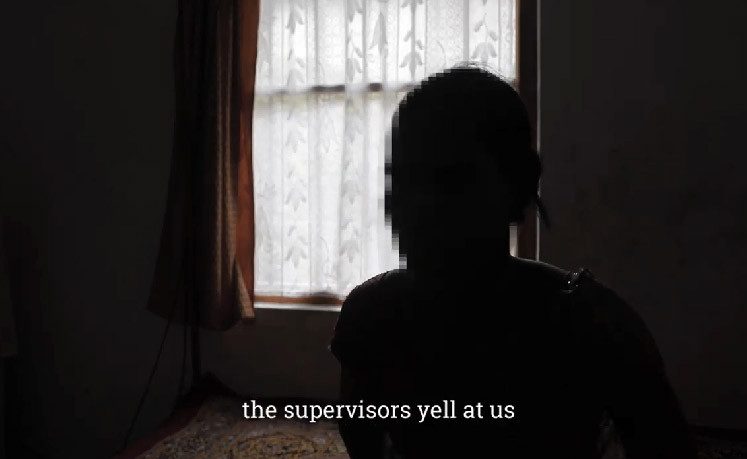 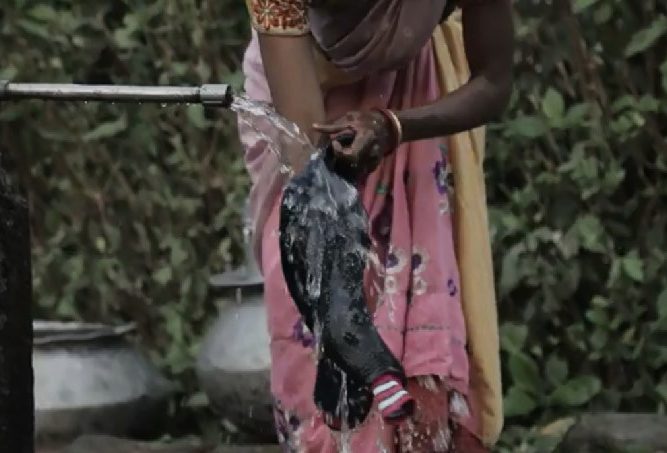 Forced into slavery and sexually abused at 14

The grinding poverty of Assam tea families has also left young girls vulnerable to trafficking, with a growing number of teens being trafficked as modern slaves.

Manju Gaur was 14 when a local man told her he could get her a job as a domestic servant in Delhi, on a much higher wage than her tea-picking salary.

“I was easily convinced” she says. “We’re poor and live in a broken house without a rooftop. I thought I could earn and help my parents, and my sisters, so that we could study.”

But in Delhi, she was put up in a filthy house with other girls her age, where they were beaten if they objected and sexually abused, often after being given spiked drinks. 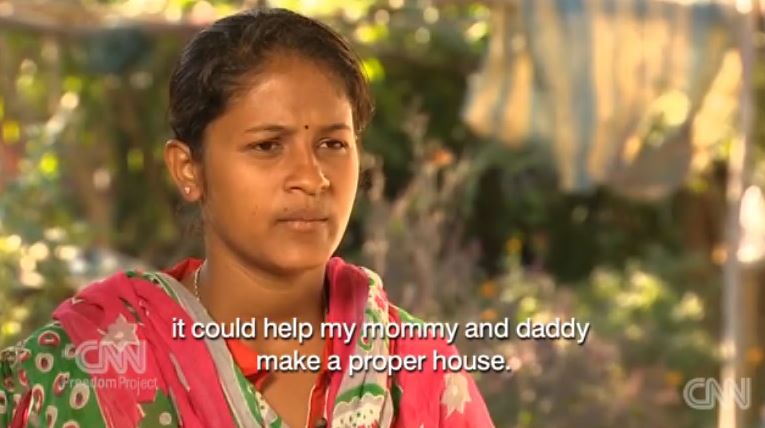 Manju pleaded with the men to let her go home.

“[The agent] said that they had already spent a lot of money on me, and that my family had to repay all of it before they could let me go,”she says. “And so, I had to stay.”

Eventually, she was placed with a family and, although not abused, she was never saw a single rupee of the money offered, with her employers saying the cash went straight to the agency.

By the time a neighbour took pity on her, and gave her the rail fare home, her younger sister had also been trafficked by the agency.

With the help of a charity, Manju tracked her down, rescuing her and several other trafficked teenagers.

Indian police say hundreds of girls in tea districts fall victim to traffickers every year and often end up in the sex industry. In some cases, fathers sell their own daughters as a way to escape poverty.

Lifting the lid on “secretive” tea-buying

After Traidcraft’s ‘Who picked my tea?’ campaign, in 2018, the ‘Big Six’ agreed to name their suppliers to help lift the lid on the notoriously secretive world of tea-buying.

Information, seen by Sun Online in 2019, confirmed the investigated estates supply some of these major brands.

“We are delighted that the six largest UK tea brands have published the list of tea estates in Assam that they purchase from,” Fiona Gooch, senior policy adviser at Traidcraft Exchange, tells us. 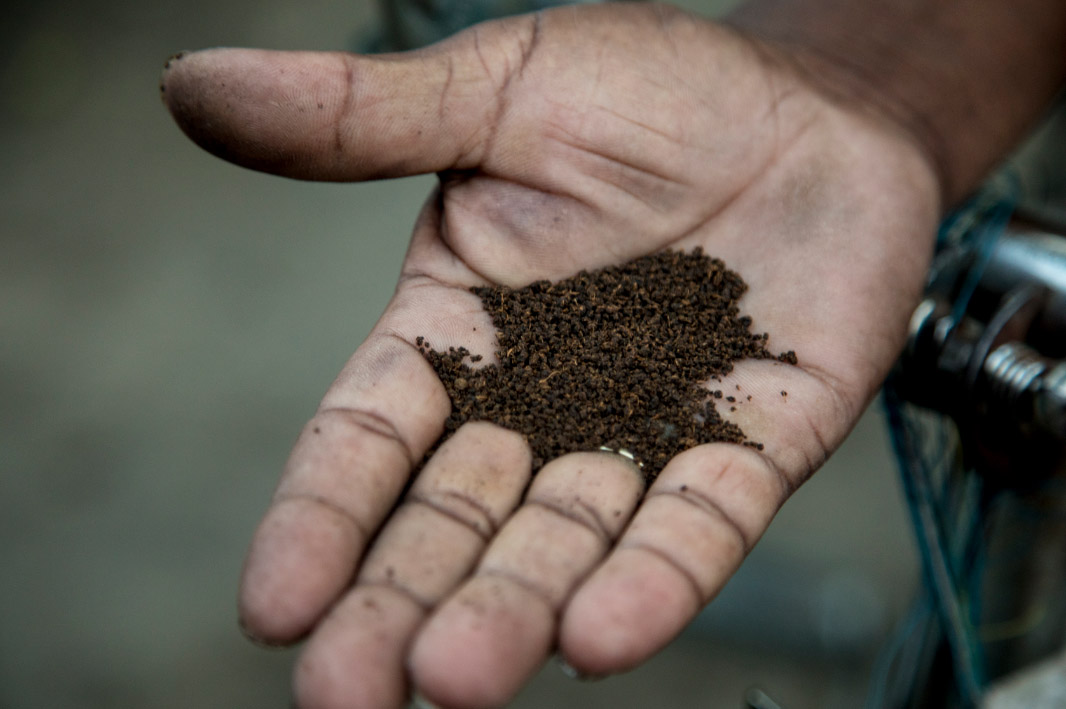 Tea is a global business with the big six raking in £500 million a yearCredit: Traidcraft Exchange / HELM Studio

“Putting this information in the public domain can help both workers and the organisations that work with them in Assam in their struggle for better pay and conditions.”

But while abuse like that alleged in the Lejuri case continues, and workers still earn as little as £1, our morning cuppa continues to come at a high price.

The Assam workers’ names are pseudonyms to protect their identities