PRESIDENT Joe Biden shut down a reporter, saying “I’m not going to answer Afghanistan now,” during a press conference on Sunday.

The president was delivering a talk to the Federal Emergency Management Agency (FEMA) about Hurricane Ida when he snapped at the questions.

Biden shut down a reporter who asked him about Afghanistan on SundayCredit: AP 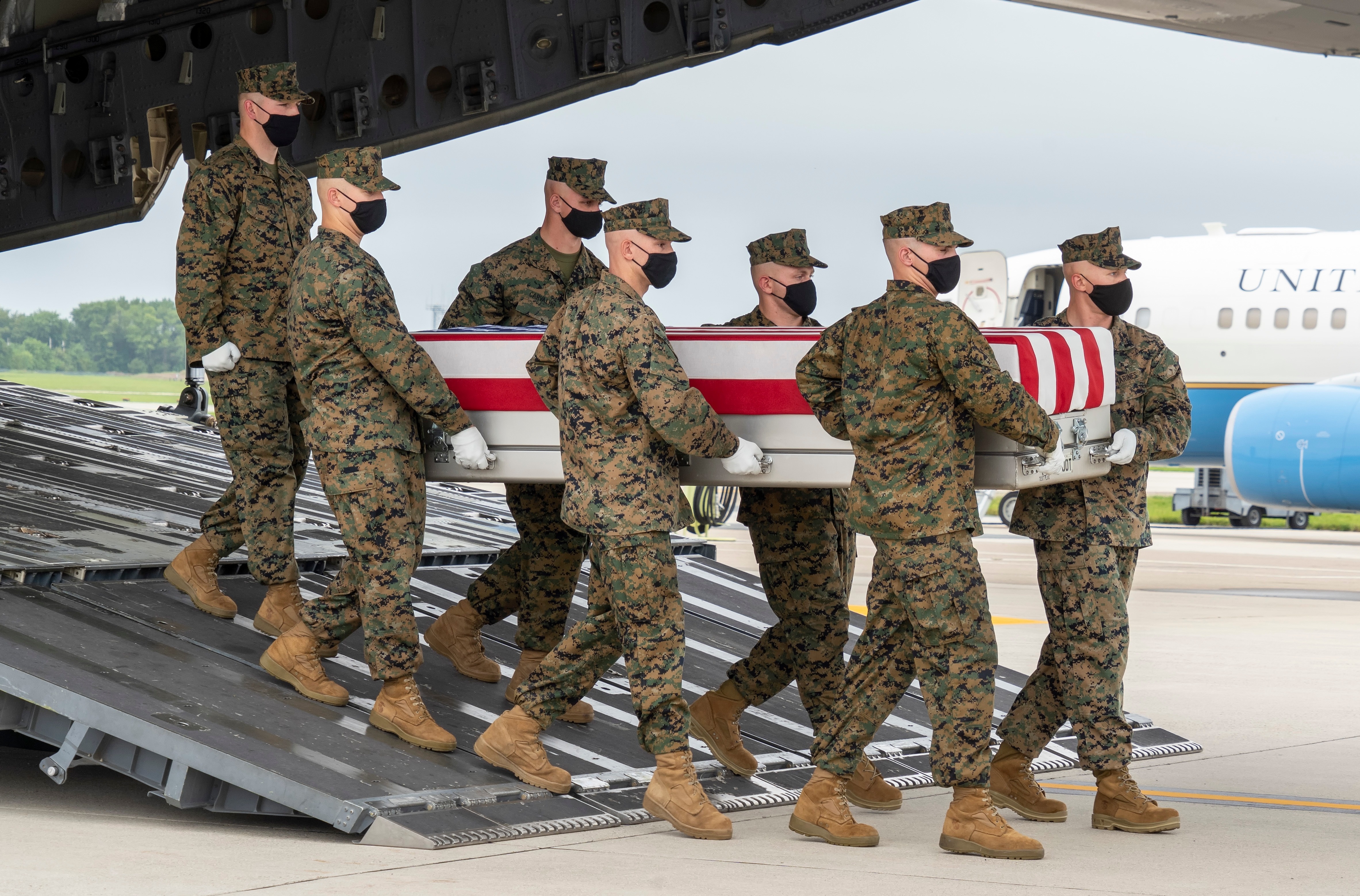 Earlier in the day, the bodies of the fallen service members arrived at the Dover airbaseCredit: Getty

“I’m not supposed to take any questions, but go ahead,” Biden told the press during the talk.

“On Afghanistan …” one reporter began, before being cut off.

“I’m not going to answer Afghanistan now,” Biden said, before turning away from the press to talk to FEMA staff.

He continued to ignore questions about whether there was still “an extreme risk” at the airport in Kabul, days after 13 US service members were killed in Afghanistan.

Earlier on Sunday, the president and First Lady Jill Biden met with the families of the fallen service members.

At Dover airbase, they watched as the coffins carrying the soldiers, draped in American flags, were carried past them.

Some slammed President Biden for appearing to check his watch as the bodies were transferred.

Biden is facing increasing pressure as the US pullout of Afghanistan continues to erupt into chaos.

On Thursday, an ISIS-K suicide bomber killed 170 people, including the US service members, outside of the Kabul airport.

In a statement earlier in the day, Biden said, “the 13 service members that we lost were heroes who made the ultimate sacrifice in service of our highest American ideals and while saving the lives of others.

“Their bravery and selflessness has enabled more than 117,000 people at risk to reach safety thus far.”

The service members, who ranged in age from 20 to 31 years old, died while protecting an airlift of Americans and vulnerable Afghans being evacuated from the country.

The abrupt withdrawal from Afghanistan has allowed the Taliban to swiftly regain power, nearly 20 years after the US came into the country in the wake of 9/11.

US allies have slammed Biden for rushing to remove all troops by a strict August 31 deadline.

As the deadline approaches, despite Biden’s refusal to answer questions about it, the situation still appears to be very dangerous.

On Sunday, a US drone strike blew up a vehicle that was reportedly carrying multiple suicide bombers in Kabul, US officials said.

An additional strike was carried out after the Thursday attack that killed another ISIS-K facilitator and planner.

ISIS-K is an offshoot of the Islamic State of Iraq and the Levant (Isil) that has been operating in eastern Afghanistan since 2014. 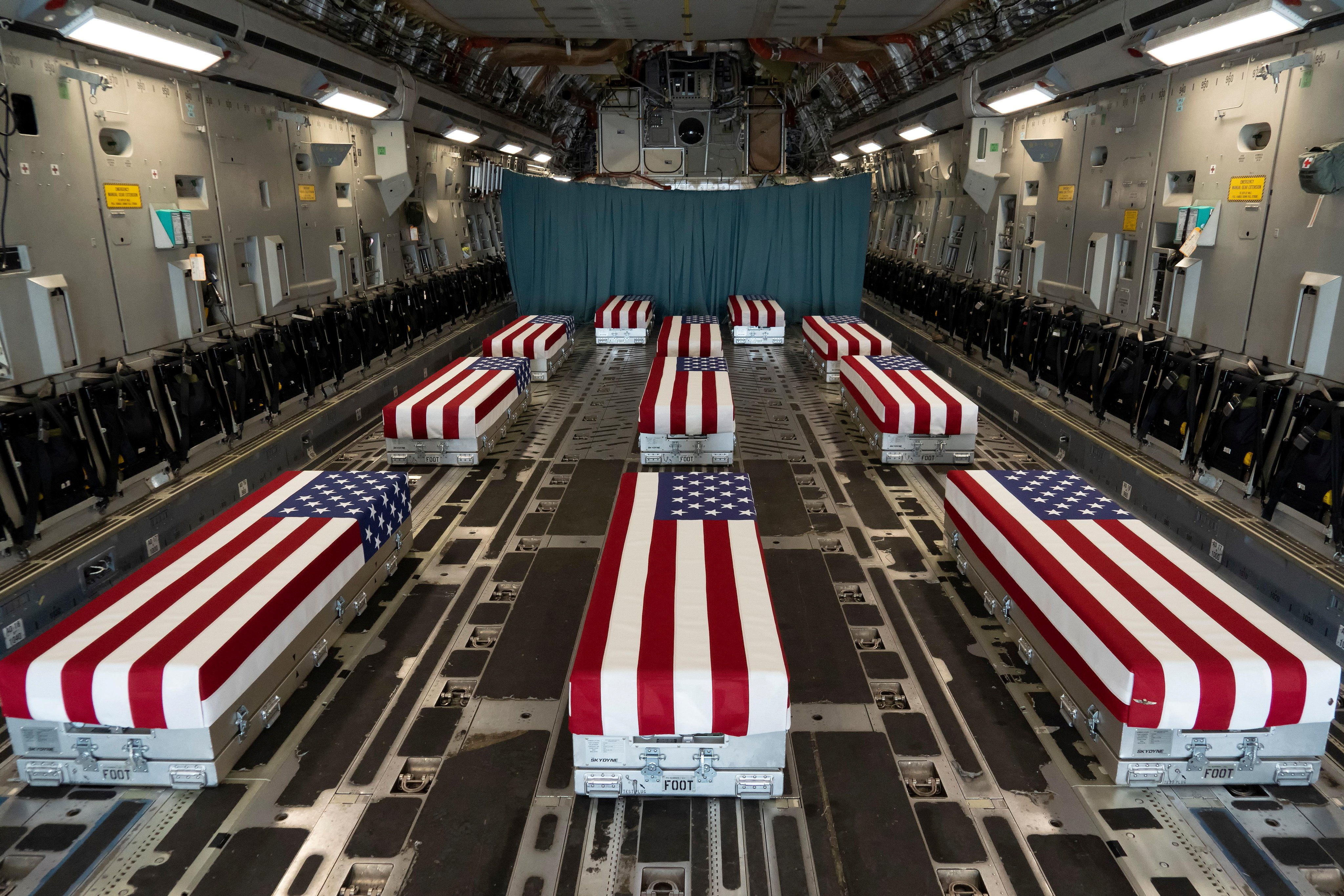 Thirteen US service members were killed in the Kabul attackCredit: Reuters 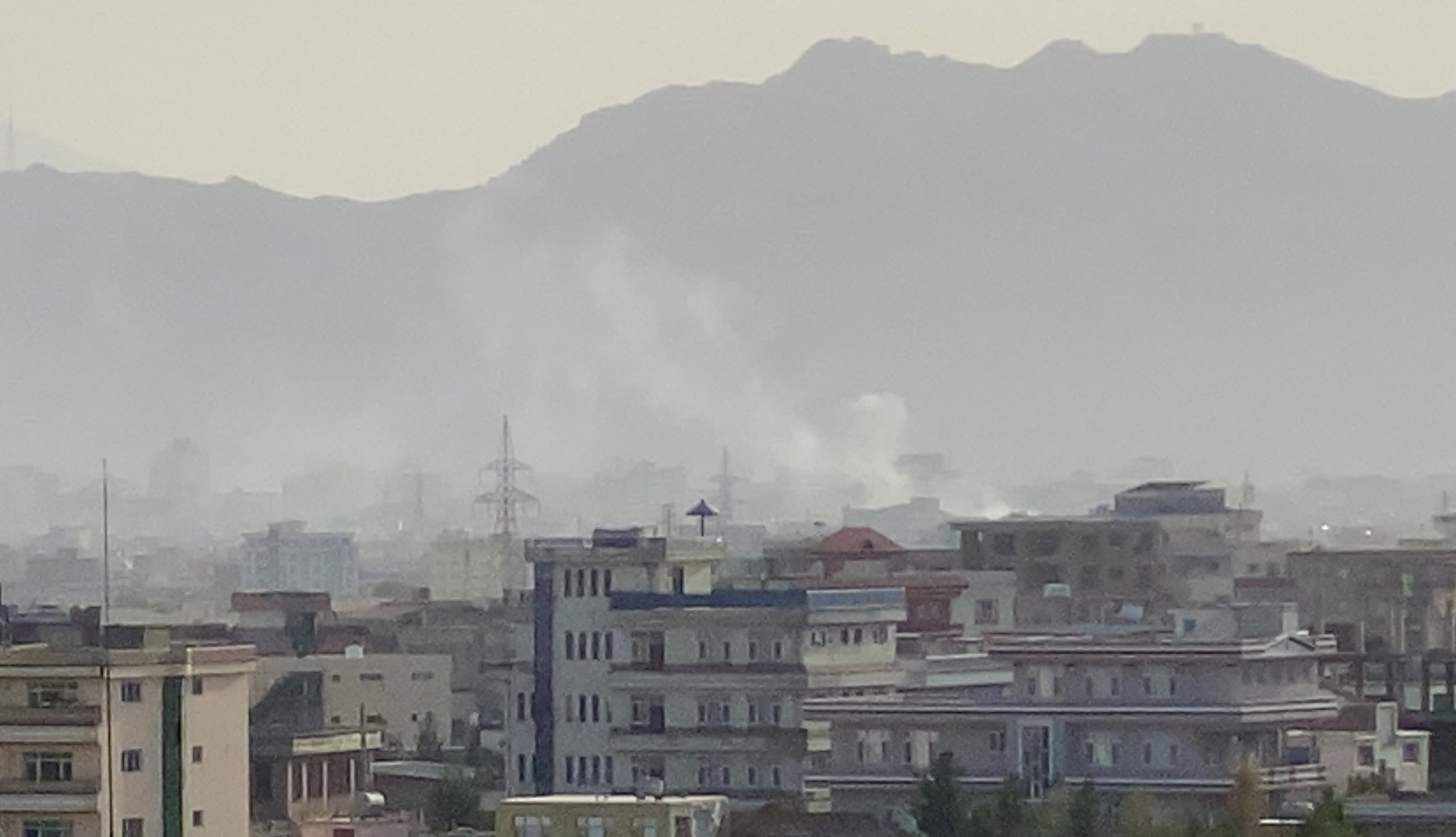 Smoke is seen on the horizon in the days after the Kabul attackCredit: EPA