INCREASING numbers of individuals declared themselves bust in the final three months of 2020.

Official data from the Insolvency Service shows there were 31,059 individual insolvencies in the four quarter of 2020, up 57% on the previous three months. 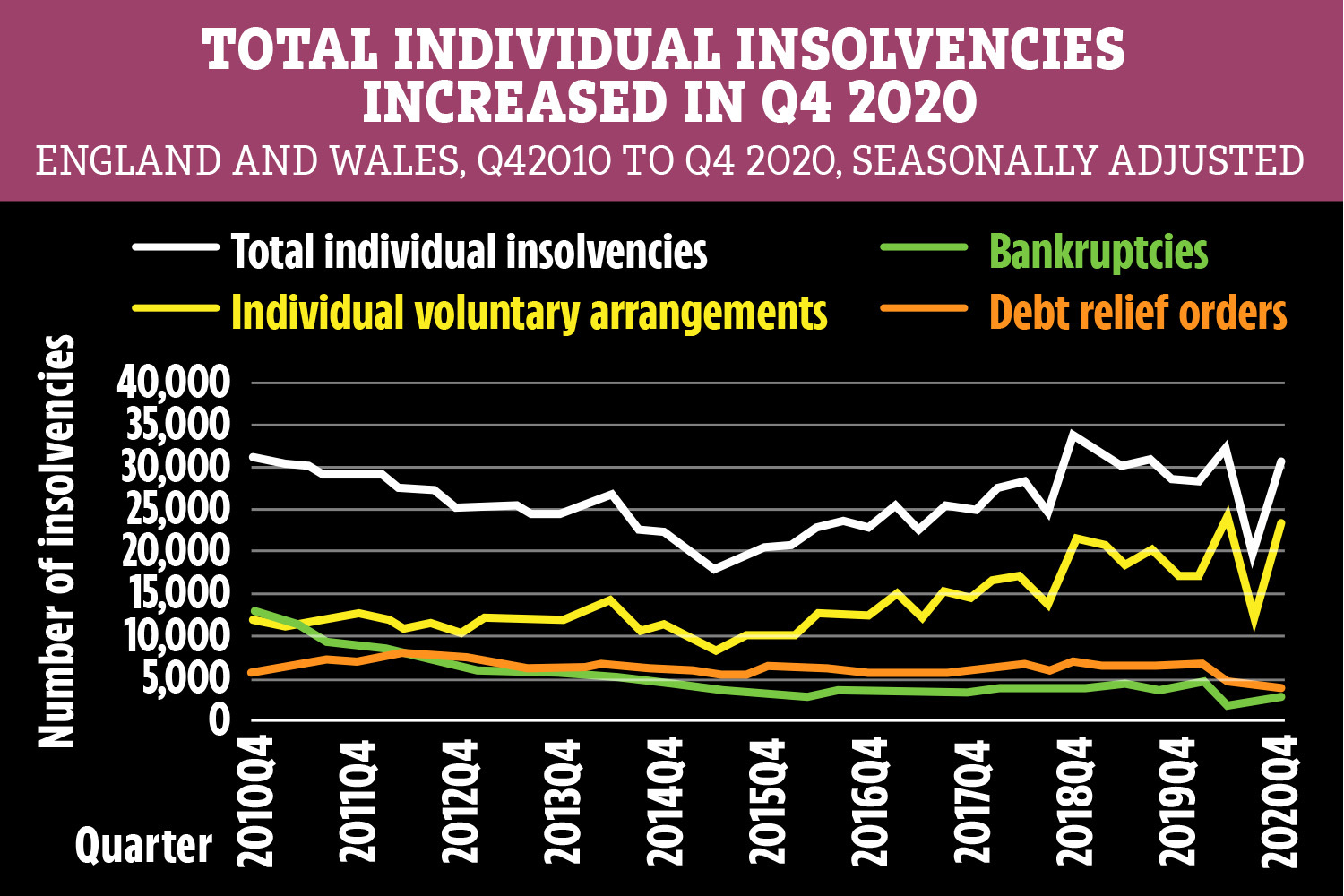 The Insolvency Service said this was mainly driven by an increase in registrations of individual voluntary arrangements (IVAs) – a formal agreement to repay creditors a reduced amount for a set period – while the number of bankruptcies also increased.

The number of individual insolvencies was down 9% annually during 2020 to a three-year low of 98,897 but the Insolvency Service said the reduction was “at least partly driven by government measures put in place in response to the coronavirus pandemic.”

Borrowers have benefited from payment holidays on mortgages and credit cards and may have had their wages supported by the job retention scheme.

But the data shows that despite this support, increasing numbers of individuals could no longer manage their debts in the final three months of the year.

There was a 5.2% reduction in debt relief orders (DROs) – which writes off debts worth below £20,000 after a year – during the quarter.

Colin Haig, president of insolvency and restructuring trade body R3, said the partial closure of the courts and subsequent reduction in capacity has helped to suppress bankruptcy numbers since the first lockdown in March.

He said the annual data doesn’t show the full picture of how the pandemic has affected individuals.

How to get help for free

THERE are lots of groups who can help you with your problem debts.

You can also find information about Debt Management Plans (DMP) and Individual Voluntary Arrangements (IVA) on the Money Advice Service website and on the Government’s Gov.uk site.

Speak to one of these organisations – don’t be tempted to use a claims management firm that will claim it can write-off lots of your debts in return for a large up-front fee.

Haig said: “The increase in personal insolvencies between the third and fourth quarter of last year may indicate that the damage the pandemic has wrought on many people’s finances is finally starting to translate through to the official insolvency figures.

“The pandemic has hit people’s finances hard. While many have been able to save money and repay debts, there are millions more who have had to borrow to get through it, and who are increasingly vulnerable to financial problems caused by unexpected issues like missed benefit payments, unexpected bills, or redundancy.”

IVAs are a controversial debt product.

They provide an alternative to bankruptcy and don’t put your home at risk but instead negotiate lower repayments with creditors over five or six years.

What is an IVA?

AN Individual Voluntary Arrangement is a formal alternative for people who wish to avoid being declared bankrupt.

It is a legally binding agreement between a person and those they owe money to, known as creditors.

The debtor agrees to pay back all or part of the money over a set period, usually five to six years.

Meanwhile the debts are frozen. Any money not repaid at the end of the period is written off.

IVAs are attractive options for people who have large assets they wish to protect, such as property, which could be at risk from bankruptcy.

They can cost thousands of pounds to setup though and if you still can’t keep up with repayments you could end up being made bankrupt anyway.

There may be free alternatives such as a debt management plan.

This can be arranged for free with debt charity StepChange.

However, they can cost thousands of pounds to setup and often fail, pushing people further into debt or bankruptcy.

IVAs, like a bankruptcy and DRO, will also impact your credit rating, making it harder to get loans and credit cards.

Charities such as StepChange and National Debtline have also warned that individuals are often unaware that they can access free support. 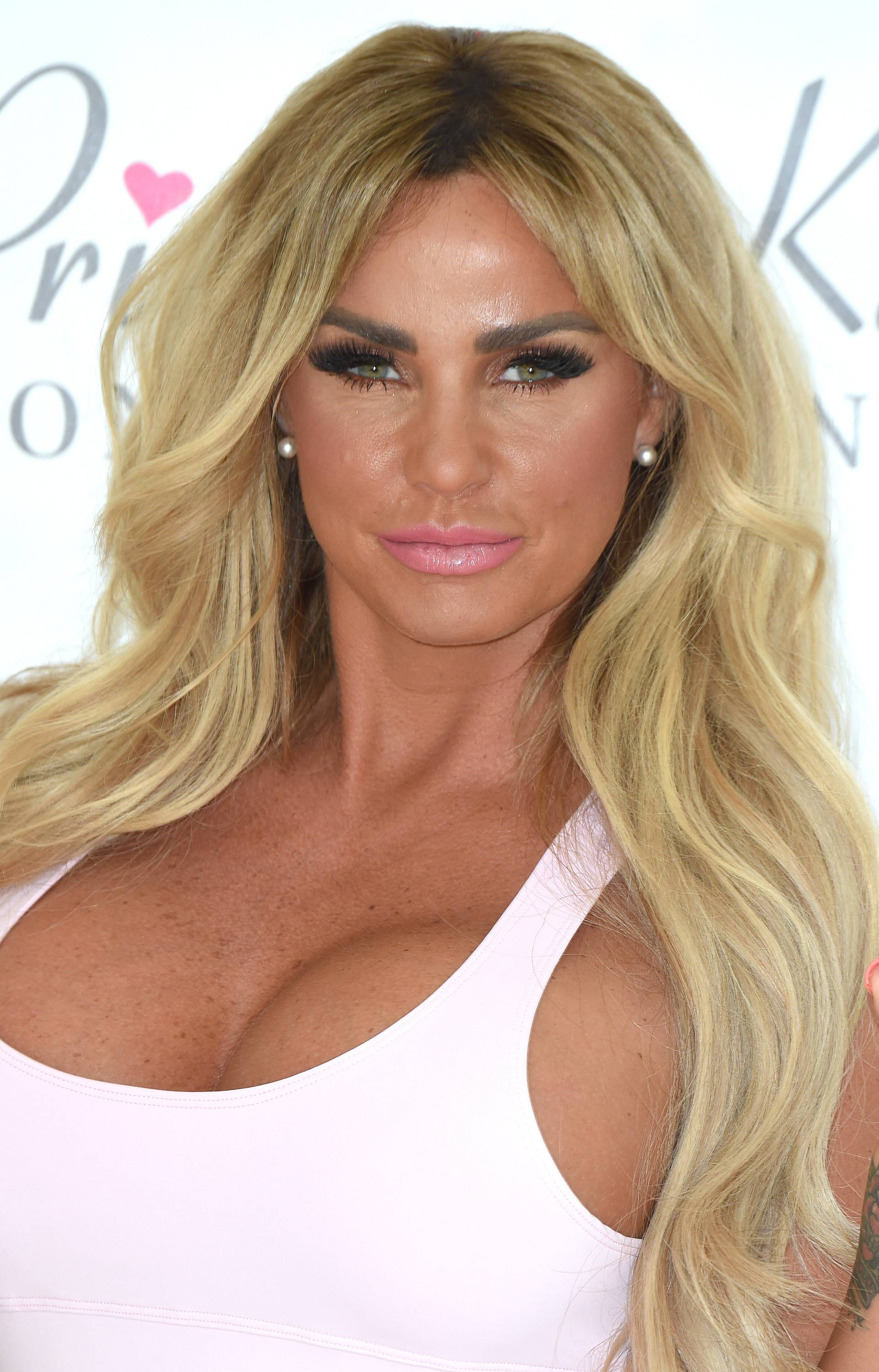 She was supposed to be paying off £12,000 a month to her creditors but failed to do so and was declared bankrupt in November 2019.

Price now faces losing her £2 million “mucky mansion” in West Sussex and having her assets taken and sold by an appointed trustee to pay her debts.  She already had her infamous Pink Range Rover repossessed in 2018.

Shoppers are being warned about spiralling into “unmanageable debt” after they spent £2.3billion through buy now, pay later services before Christmas.

Meanwhile, the firms also “trick shoppers into spending more“, Which? has warned.

Mystery of Russia’s ‘Dead Mountain’ where 9 hikers found ‘naked, missing eyes and tongues’ may have been SOLVED