Seven Emmerdale spoilers this week as Marlon suffers from stroke

MARLON Dingle’s health takes a nasty turn when the chef suffers from a stroke.

After feuding like cats and dogs, the Dingles face horror as a united front. Get the lowdown on this week’s drama in Emmerdale. 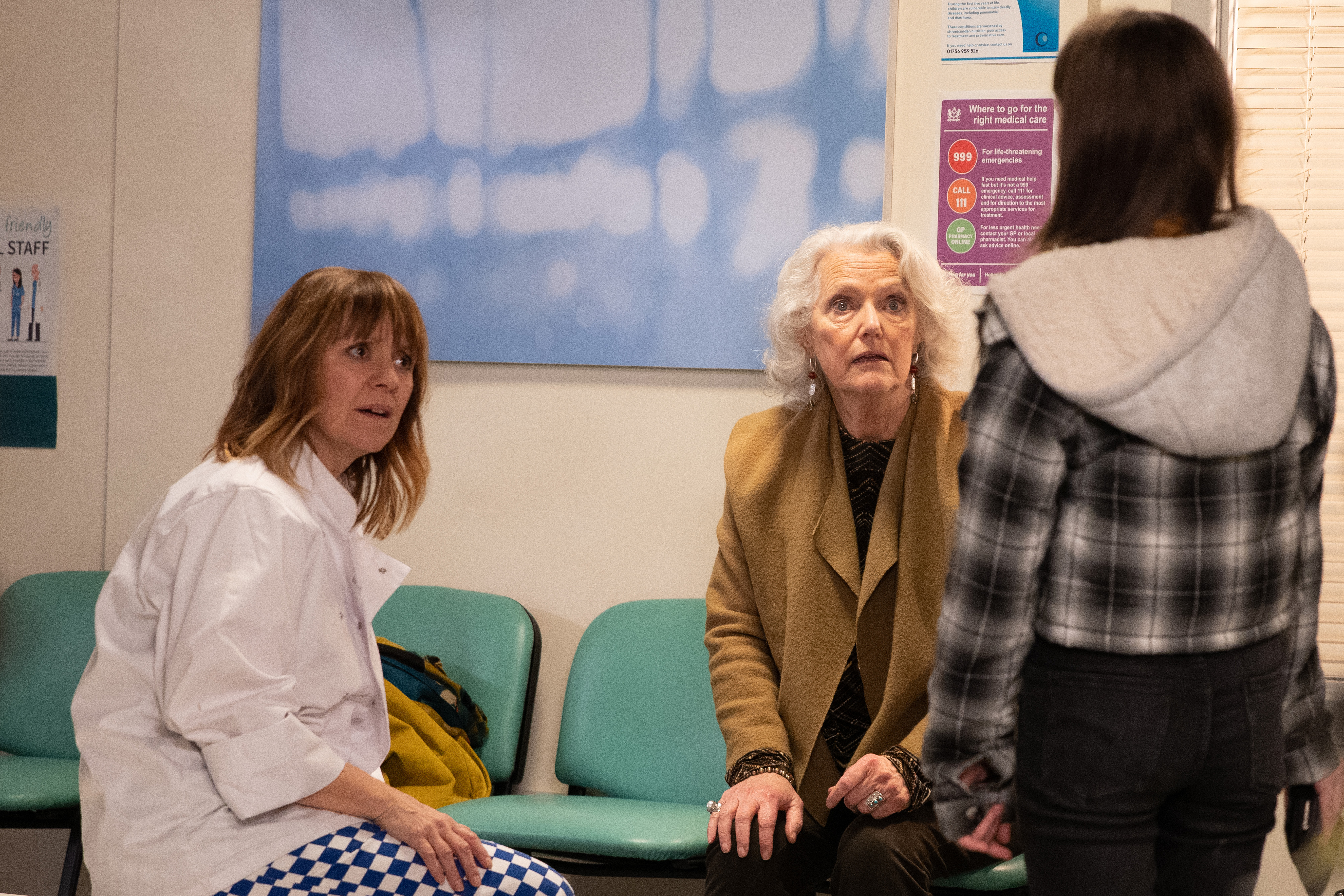 Will Rhona be there to take care of him?Credit: ITV

1. Marlon suffers from a stroke

Marlon (played by Mark Charnock) is ready to take his relationship with Rhona Goskirk (Zoe Henry) to the next level this week.

After an immense amount of obstacles, the pair are eager to propose to one another and simultaneously put their plans into motion by popping the question at the same time.

An elated Marlon dashes off to Smithy to find the ring and frantically searches.

But in doing so, he soon notices his vision becomes impaired. 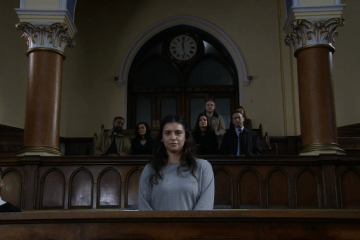 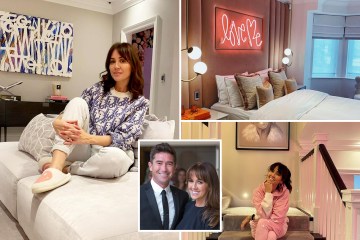 The joy he felt in previous minutes evaporates, only to leave room for sheer chaos as he falls to the ground.

A frightened Marlon remembers the F.A.S.T. acronym which highlights all the symptoms of a stroke and urges people to call for an ambulance as quickly as possible in such a situation.

He immediately knows what is going on. 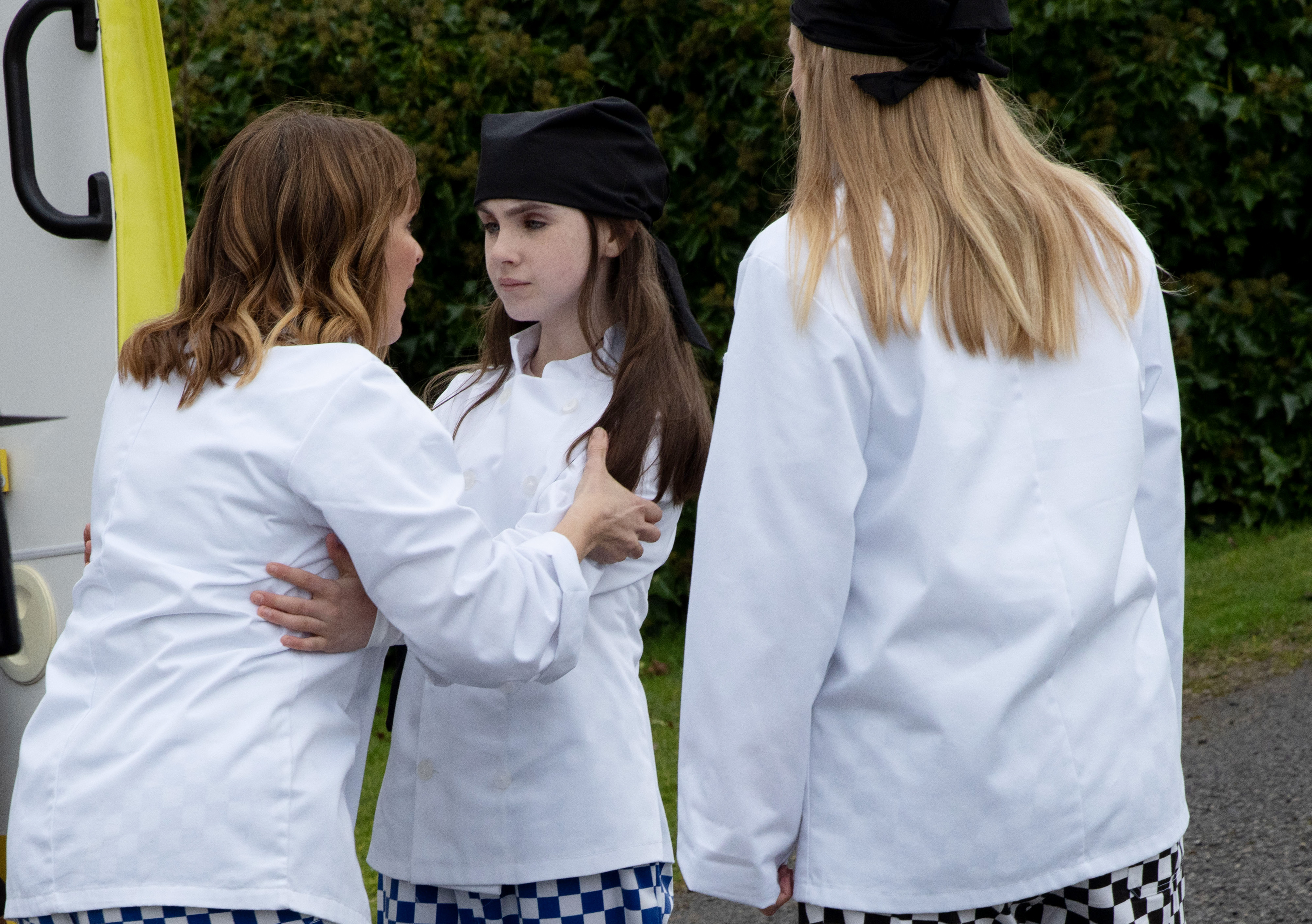 While Marlon struggles for his life behind closed doors, April Windsor (Amelia Flanagan) notices her father has been gone for a worrying amount of time.

The youngster goes to search for him and rushes home – but she’s met with her dad on the floor and his consciousness fading.

Rushing to his side, April does what’s necessary and calls for an ambulance.

Later on, Rhona is shaky and emotional as she gets Marlon ready for surgery.

Confused and terrified, Marlon tries to beg her to stay with him but is unable to speak.

Rhona is unable to contain her tears and bolts from the hospital room to mask her breakdown.

Will Marlon survive his stroke?

Will it have an impact on his relationship with Rhona? 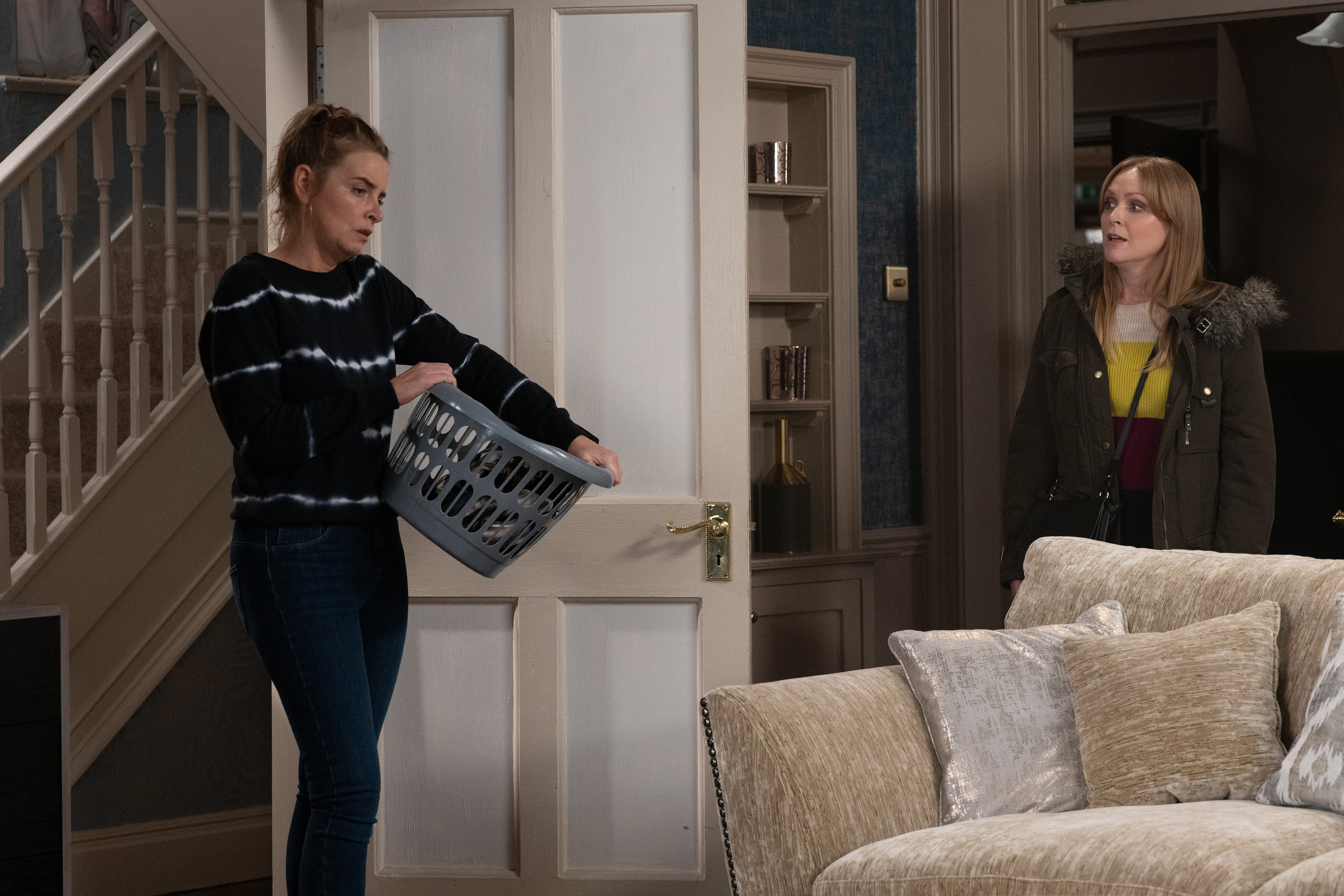 Charity mulls over her feud with ChasCredit: ITV

In recent weeks, Chas (Lucy Pargeter) and Charity Dingle (Emma Atkins) have been fighting over the future of the Woolpack, from its events to its refurbishment.

This led them to a breaking point as the warring landladies let their worst impulses out and a fight erupted in recent episodes.

But as news of Marlon’s stroke gets around the eponymous village, Charity makes a step towards reconciliation.

She first pays a visit to Sam and Lydia who encourage her to patch things up with her cousin before she regrets it.

However, she’s surprised later on when Chas is set on meeting her halfway.

Lydia hands her some tough love and, hearing her words, Chas makes a move and settles her feud with Charity by joining her at the Woolpack. 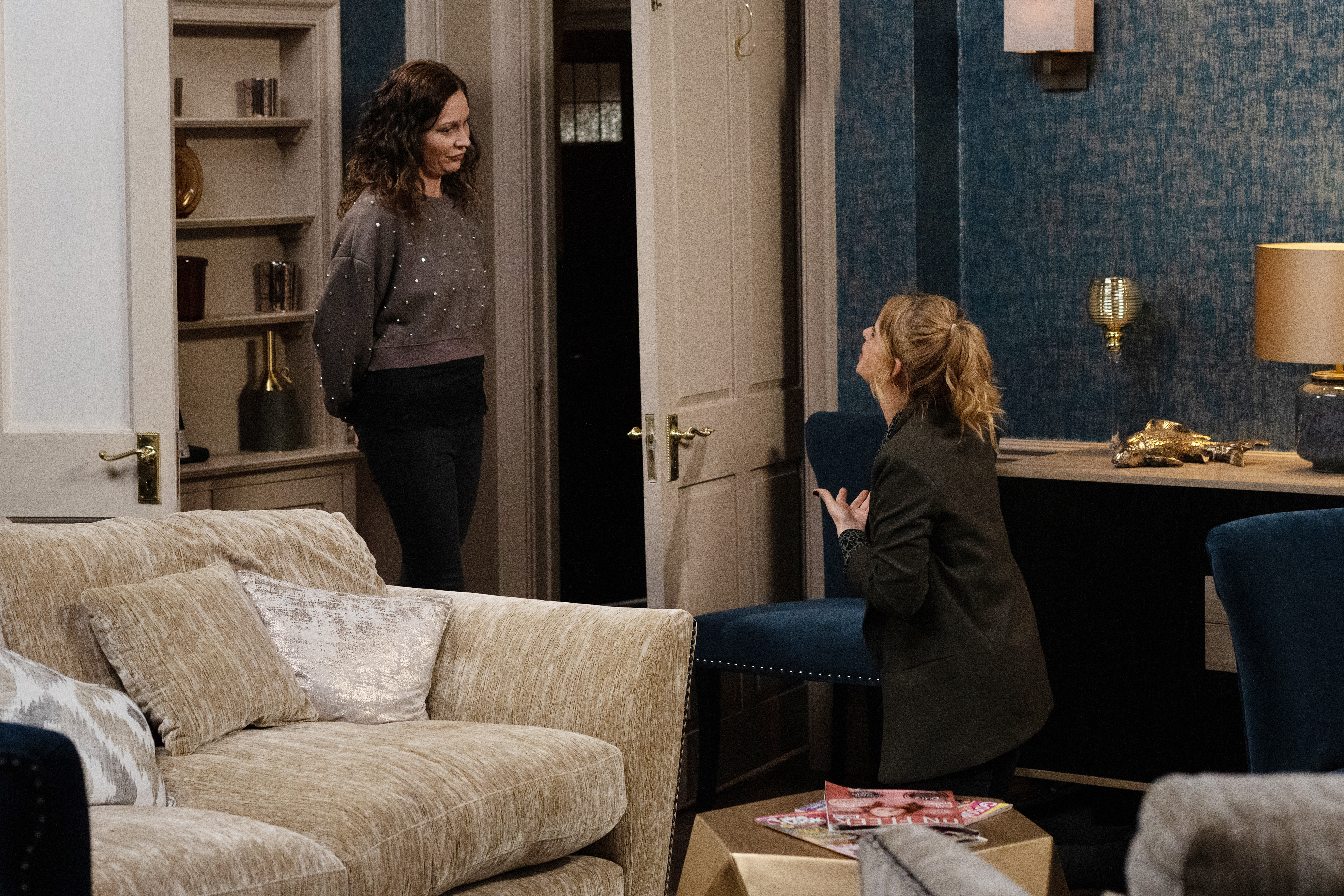 4. Chas gets a shocking plea

But their troubles aren’t over.

As Chas and Charity get back into their old rhythm behind the bar, the latter learns that life in the iconic pub is a struggle without Marlon.

She confides in Chas during a much needed heart-to-heart conversation.

Charity then gets an idea and begs Chas to move back into the pub.

What will Chas choose to do? 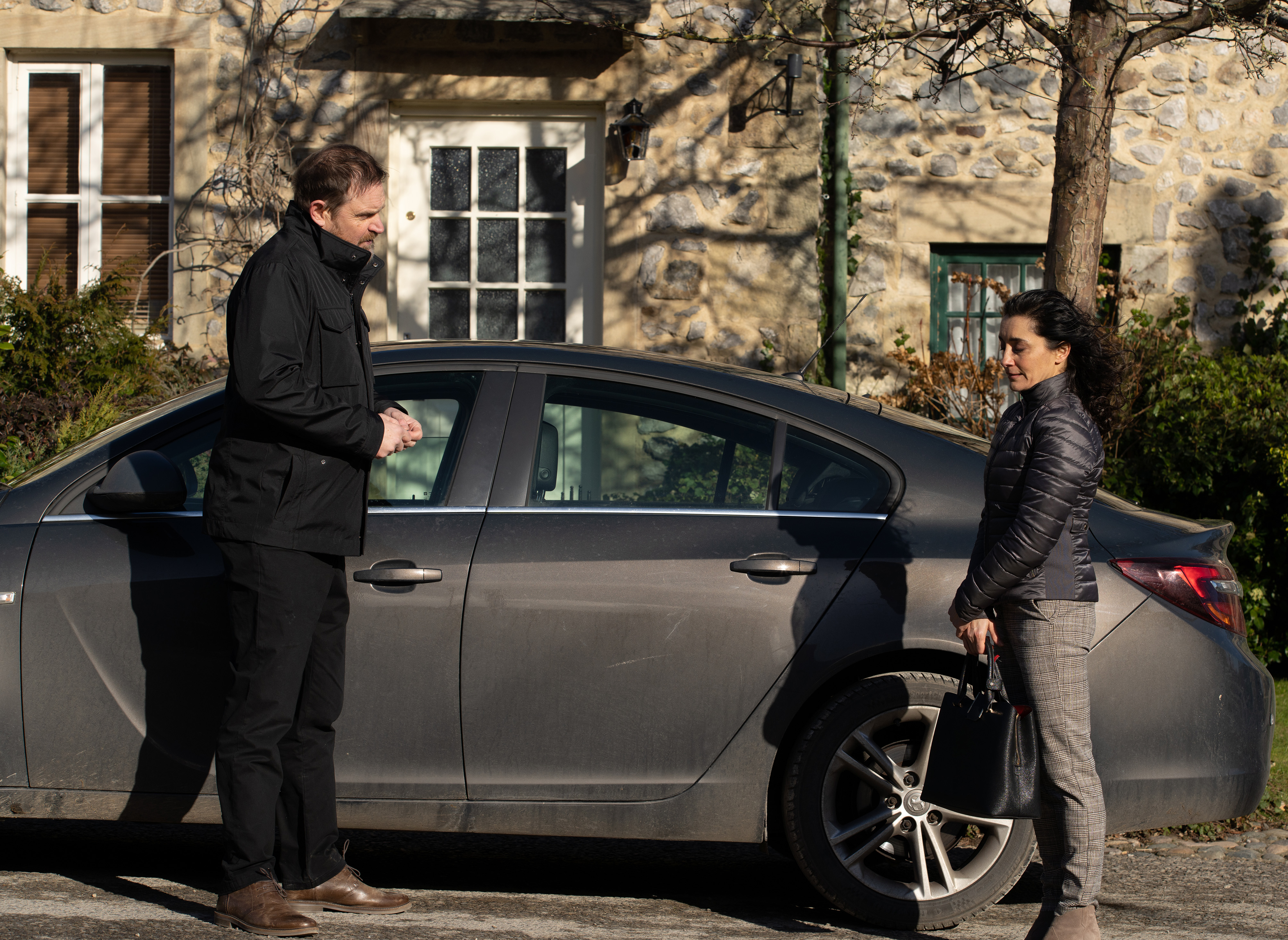 While the Dingles bond over their concern for Marlon, drama is also occurring elsewhere.

Manpreet Sharma (Rebecca Sarker) is still traumatised by the havoc her sister Meena Jutla has wreaked upon her life.

She recently had a panic attack as she was asked to testify against the serial killer in court.

Coming up, however, she makes a decision which leaves fellow village GP Liam Cavanagh (Jonny McPherson) worried and frustrated.

Manpreet tells Liam she refuses to testify in court and their conversation quickly goes south.

As the father of one of Meena’s victims, Liam is concerned he may never get justice for his 18-year-old daughter Leanna.

Can he convince Manpreet to change her mind? 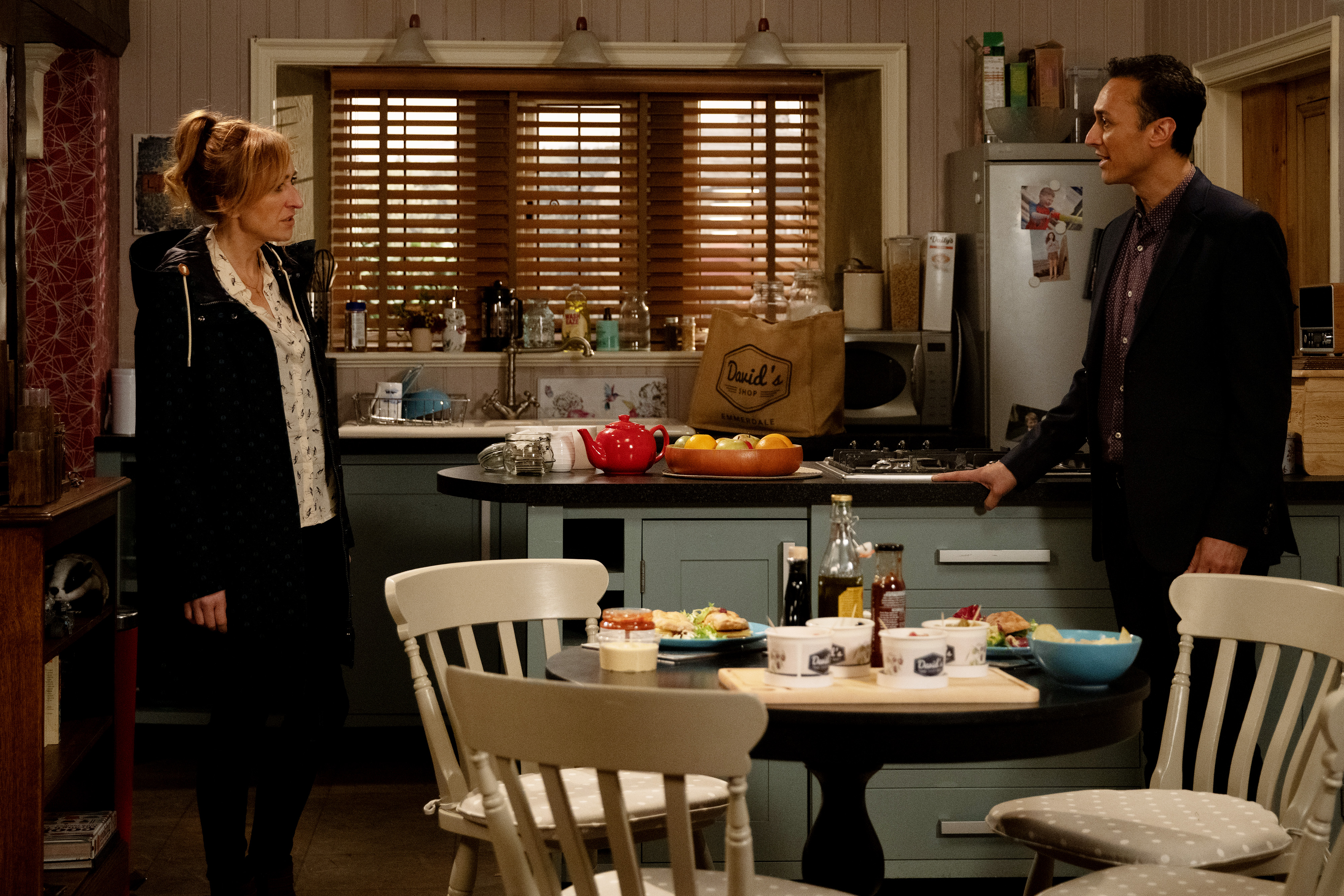 Laurel and Jai are still at loggerheadsCredit: ITV

But she never told her son Arthur (Alfie Clarke) the truth about their separation.

Clearly, the 14-year-old has harboured some ugly thoughts about his mother.

This week, Arthur barks up the wrong tree and accuses his mother of cheating on Jai. 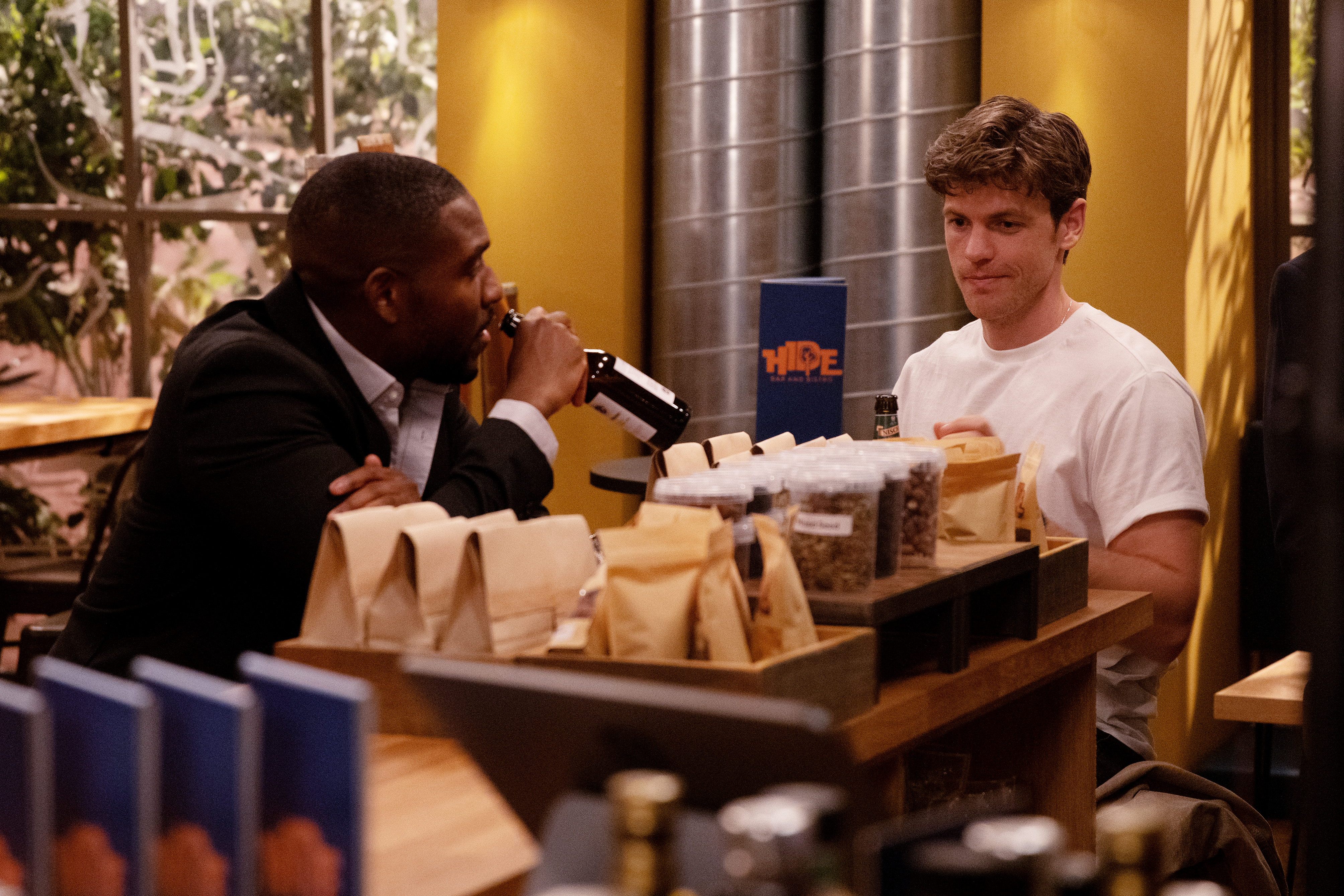 Ethan and Marcus have gone on multiple datesCredit: ITV

7. Ethan and Marcus get closer

The pair have been on multiples dates and are testing out their connection.

In upcoming scenes, sparks continue to fly between the pair as they share lunch.

Later, the budding couple passionately kiss in the Hop office.

But will Ethan and Marcus really make it official?