SEAN O’MALLEY returned to the win column with a stunning knockout victory over Thomas Almeida.

The Dana White’s Contender Series graduate locked horns with the dangerous Brazilian on the main card of UFC 260 in Las Vegas.

Fan favourite O’Malley went into the contest on the back of his first professional defeat, a first-round KO loss to Marlon Vera.

But the charismatic bantamweight prospect got back in the win column with a nasty third-round KO of the former 135lb standout.

O’Malley closed the show with a brutal overhand right after dropping the Brazilian with a crisp short left hand.

O’Malley thought he’d closed the show with the straight left, walking away from the fallen O’Malley.

Referee Mark Smith, however, did not – which prompted O’Malley to shut Almeida’s lights off with a sickening strike.

Fan favourite O’Malley was sharp from the get-go, making use of his height and reach advantages and peppering Almeida with strikes from distance.

The 26-year-old could’ve had an even shorter night at the office had he not looked for a walk-off KO in the first after dropping his man with a left following a nasty head kick.

Almeida did well to recover but continued to be outclassed before O’Malley separated him from consciousness with a missile of an overhand right in the third.

O’Malley went into his meeting with Almeida – who is now on a four-fight skid – confident of victory. 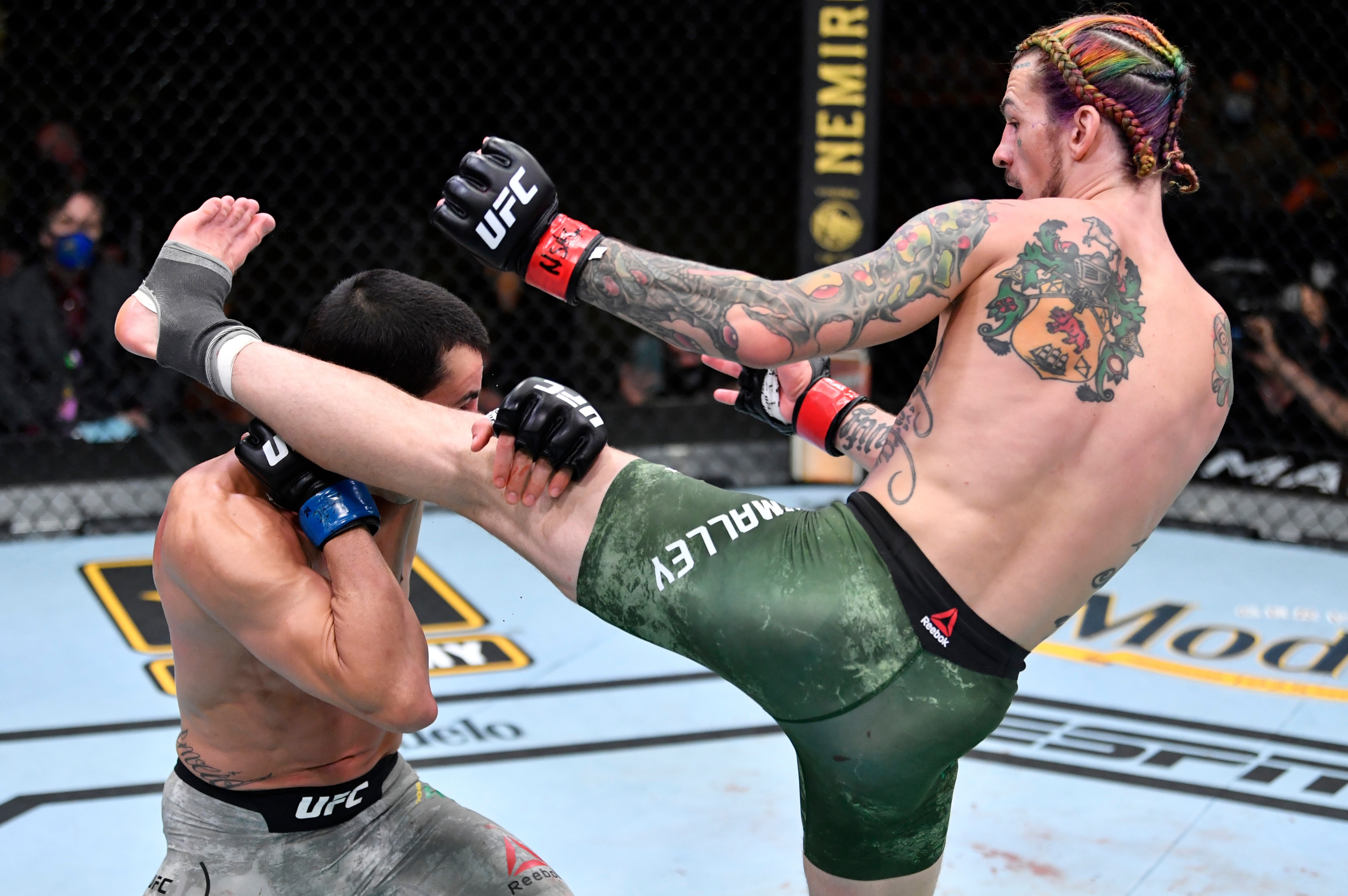 He said: “I think it’s going to be a sweet fight. He’s a good kickboxer, I think it will be a kickboxing fight.

“I think I bust him up with my jab and I always find that right hand and it lands on the chin.”

UFC star Sean O’Malley hits back at Chito Vera and rages ‘I’ll be world champ, he’ll be a journeyman’ as feud continues