A KIND-HEARTED mum who pushed a LORRY up a snow-covered hill has been gifted a year’s supply of free milk as a thank you. 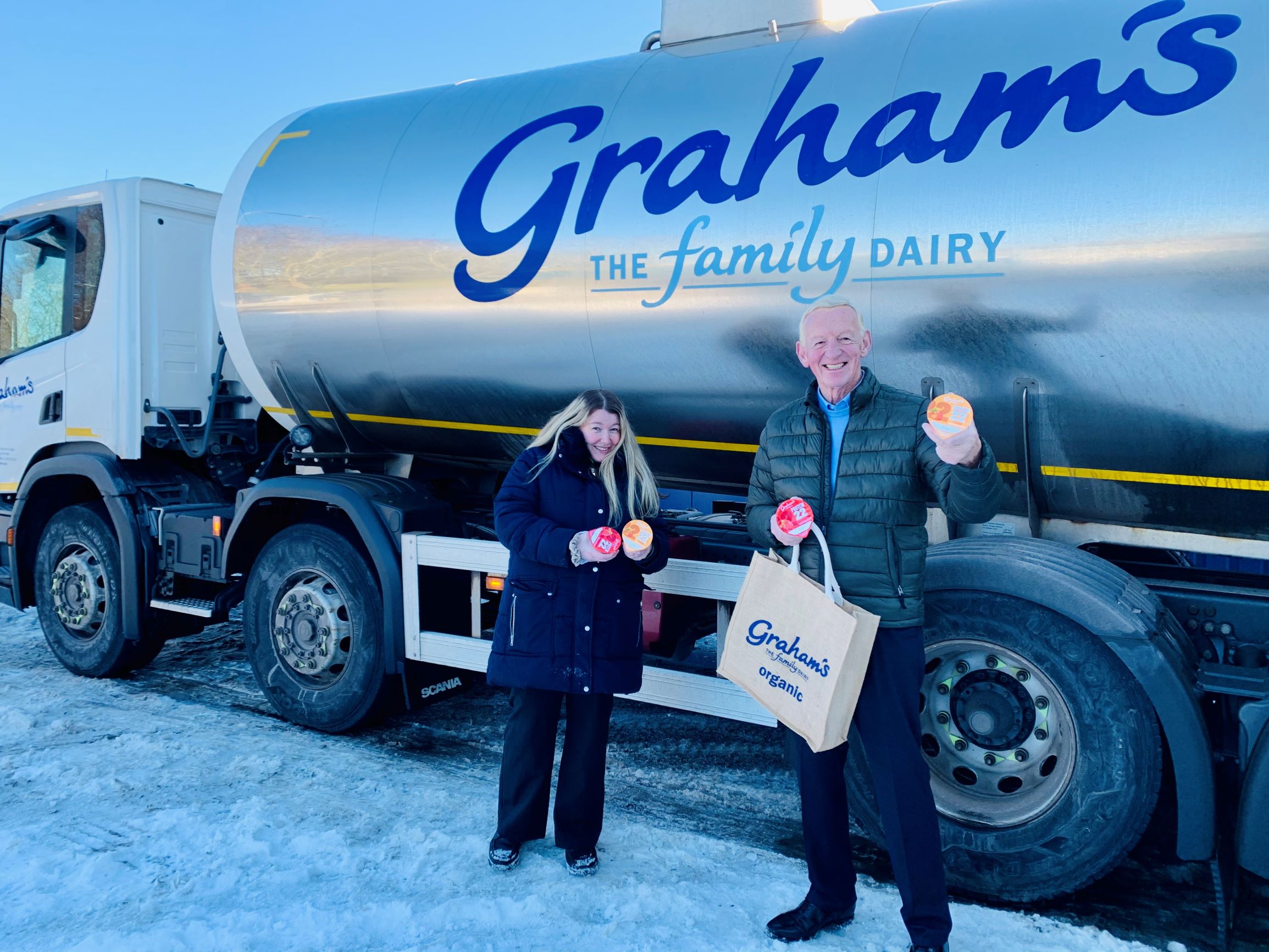 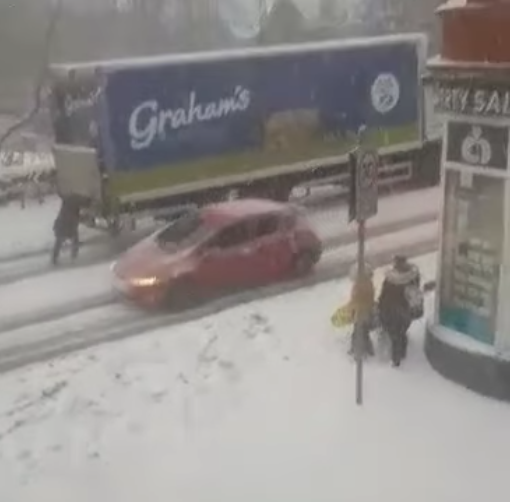 The mum of three, originally from Edinburgh, went viral after footage emerged online.

Speaking today, Charlene said she knows the stunt was dangerous but she couldn’t stand by while the HGV struggled through the flurries.

She said: “I would never just stand by when I see someone in trouble. I suppose what I did was really dangerous, but thankfully the Graham’s truck got safely up the hill.

“In the moment I wasn’t really thinking about me, I just wanted to help.” 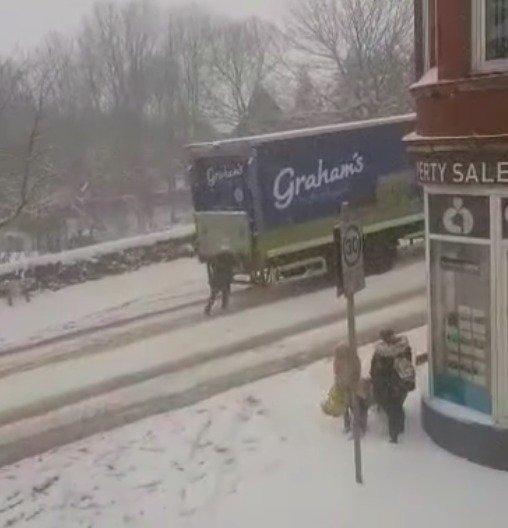 Charlene was heading to a local shop with two of her three children, Rihanna, 10 and two-year-old Hunter as well as husky dog, Alaska, when she spotted a car in trouble in Cowdenbeath high street.

She added: “A load of people were trying to push a car up the hill when I noticed the Graham’s truck coming behind it. Its front wheels were spinning, and it was stuck from all the snow.

Falkirk postman left pensioner, 72, lying in snow begging for help because he was ‘too knackered’ to help

“My neighbour appeared, so I asked her to watch the kids and the dog while I pushed it from the back. Eventually it made it safely to the top.

“I cannot believe all the attention I am getting for what I did. I simply believe that it is your duty to help others if they are in trouble.”

And bosses at Graham’s have now praised the “real-life superwoman”. 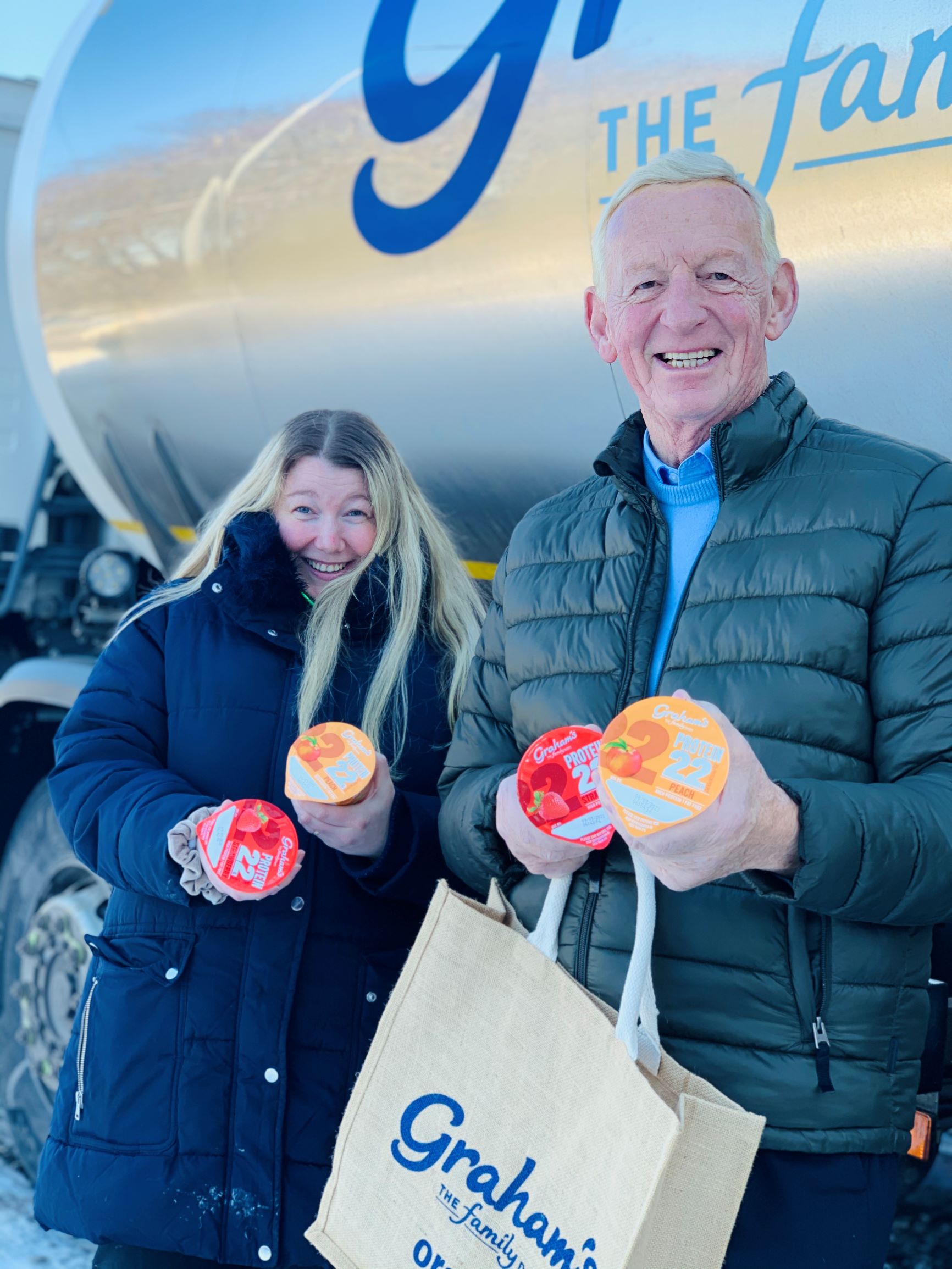 Charlene has been gifted a year’s supply of Graham’s productsCredit: Graham’s

Dr Robert Graham Snr, Chairman Graham’s The Family Dairy said, “When I saw the video of Charlene pushing one of our artic lorries up a steep hill singlehandedly, I couldn’t believe it.

“As a family we are passionate about our fresh dairy products and like us, she will clearly stop at nothing to ensure they get delivered to our customers.

“Charlene’s intentions were incredibly kind. She not only made our family, farmers and colleagues smile, but clearly captured the hearts of thousands of people across the world who also watched her help others, without a thought for her own safety.

“Although she is a real-life superwoman, for health and safety reasons we must advise others not to follow her actions. 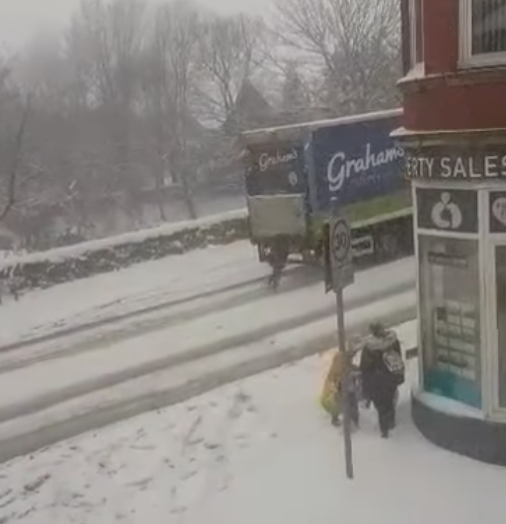 Some worried Charlene was putting herself in dangerCredit: Fife Jammer Locations

“As a heartfelt thank you, Charlene and her family will receive our milk and high protein dairy products free for the rest of the year.”

Responding to the goodwill gesture, Charlene said: “It was lovely to meet Mr Graham as I’m a huge fan of the family farming brand and their products.

“I really didn’t help out to receive anything in return, but I am absolutely delighted at their offer of free Graham’s dairy products for a year.”

We told earlier how 18-second footage of Charlene’s antics racked up thousands of views after being posted on Fife Jammer Locations Facebook page.

Sharing the clip, the group said: “Just your average Cowdenbeath woman pushing a lorry up a hill.”

One joked: “That’s dedication. I gave up trying to push the wheelie bin to the end of the drive this morning.”

Another added: “It’s been a Weetabix morning I see.”

Meanwhile, a third wrote: “Didn’t know Wonder Woman was around.”

But some worried she was putting herself in danger with the well-meaning stunt – claiming it’s “all good until the lorry starts to slide”.

They added: “Is she crazy? What if the lorry started slipping backwards she would be a goner.”