The ballroom star, 57, was taking part in the show’s I’m A Celebrity…Get Out Of My Ear segment interviewing potential wedding planners ahead of his marriage to Jonathan Myring.

Craig wandered around a stately home with the planners as SNT hosts Ant and Dec gave him secret instructions via a hidden earpiece.

The dancer played the piano, told them bizarre stories and showed them his ‘wedding dance’ which involved him doing an extravagant samba, complete with costumed dancers.

In one hilarious moment, Craig reads his wedding vows to one of the planners, which were actually the lyrics to Aussie soap Home and Away’s theme song.

“Try not to cry,” he warned, as Ant and Dec laughed uncontrollably behind the scenes.

“That was beautiful,” the wedding planner said, before the hosts revealed themselves and she double over in shock.

Another hilarious moment came with planner Dale who was left fuming.

Craig wearing a blue and red glitter bomber jacket picks up a vase and says: “Oh I love these vases.”

Ant tells the Strictly judge: “Now try and put it back but drop it.”

Craig does exactly this. On Ant’s instruction, he then says: “What have you done, Dale?”

A butler appears, asking: “Is everything okay, sir?”

But Craig tells him: “Well Dale was just admiring this beautiful vase…and then he dropped it.”

Ant and Dec, who are hidden away in a back room, immediately start laughing, before giving further instructions.

As a result, Craig says: “If you can let us know how much it is, then Dale will pay.”

While the segment was playing, Craig was watching it live from the studio with fans loving his reactions and called for him to join the show all the time.

“Bahahahahaha!!! Craig Revel Horwood on I’m a celebrity get out of my ear is the TV high point of the year so far!!” wrote one fan on Twitter.

Another added: “That was hilarious lol Craig what a good sport he was. That guys face when he blamed him for dropping the vase and saying he’s gonna pay.”

Another added: “Craig was great, that was so funny. They should have him on the show more often.”

Ant and Dec’s Saturday Night Takeaway returned to ITV1 two weeks ago, with fans welcoming the new series back onto their screens.

The latest episode saw Paloma Faith in the studio as Star Guest Announcer while The End Of The Show Show goes international. 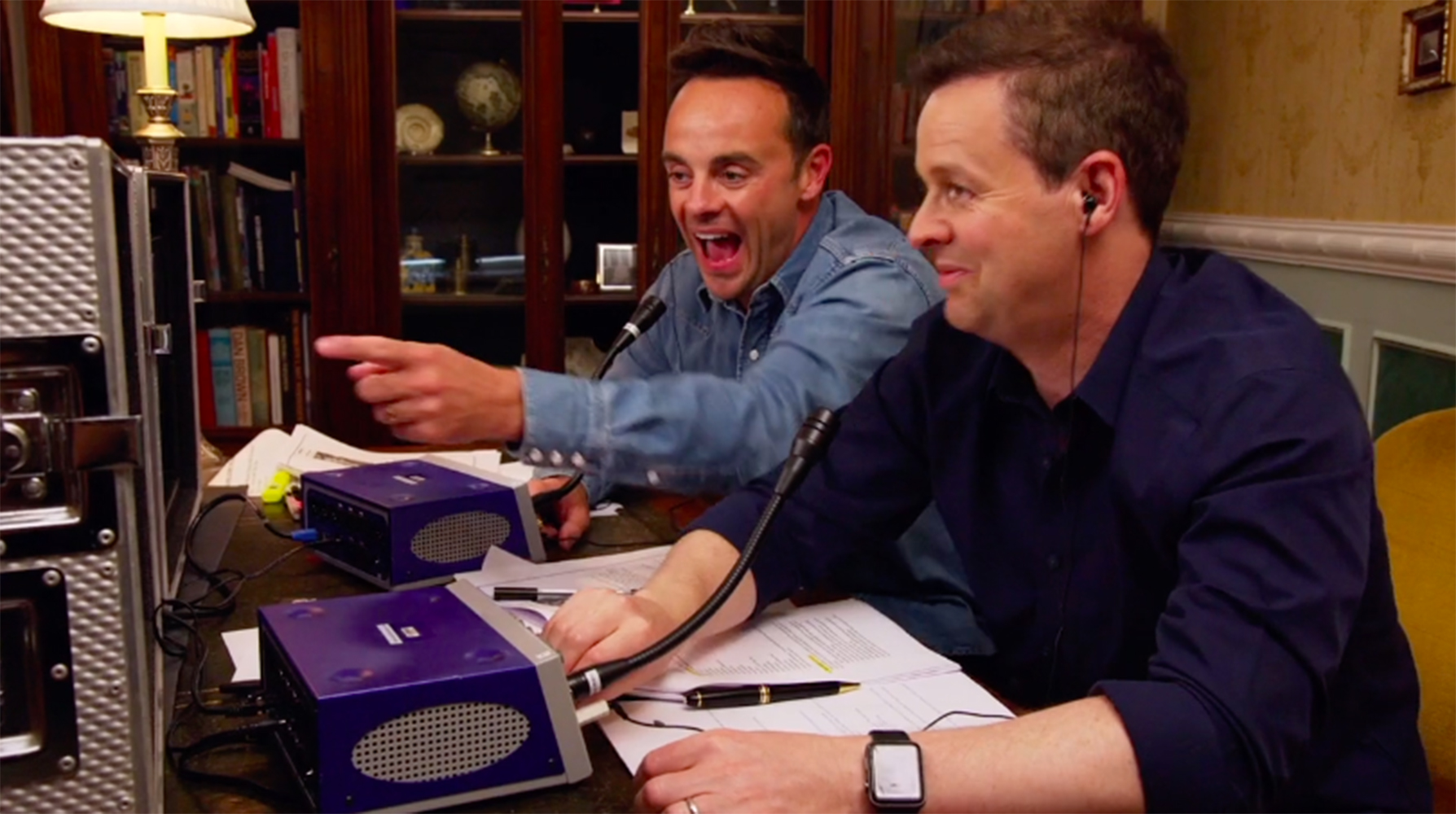 Ant and Dec were giving him hilarious instructions in an earpieceCredit: ITV