SALMA Hayek flaunted her cleavage in a tiny bikini and said “we need to keep our cool.”

The 54-year-old star proved that she continues to defy age in her latest Instagram post on Tuesday. 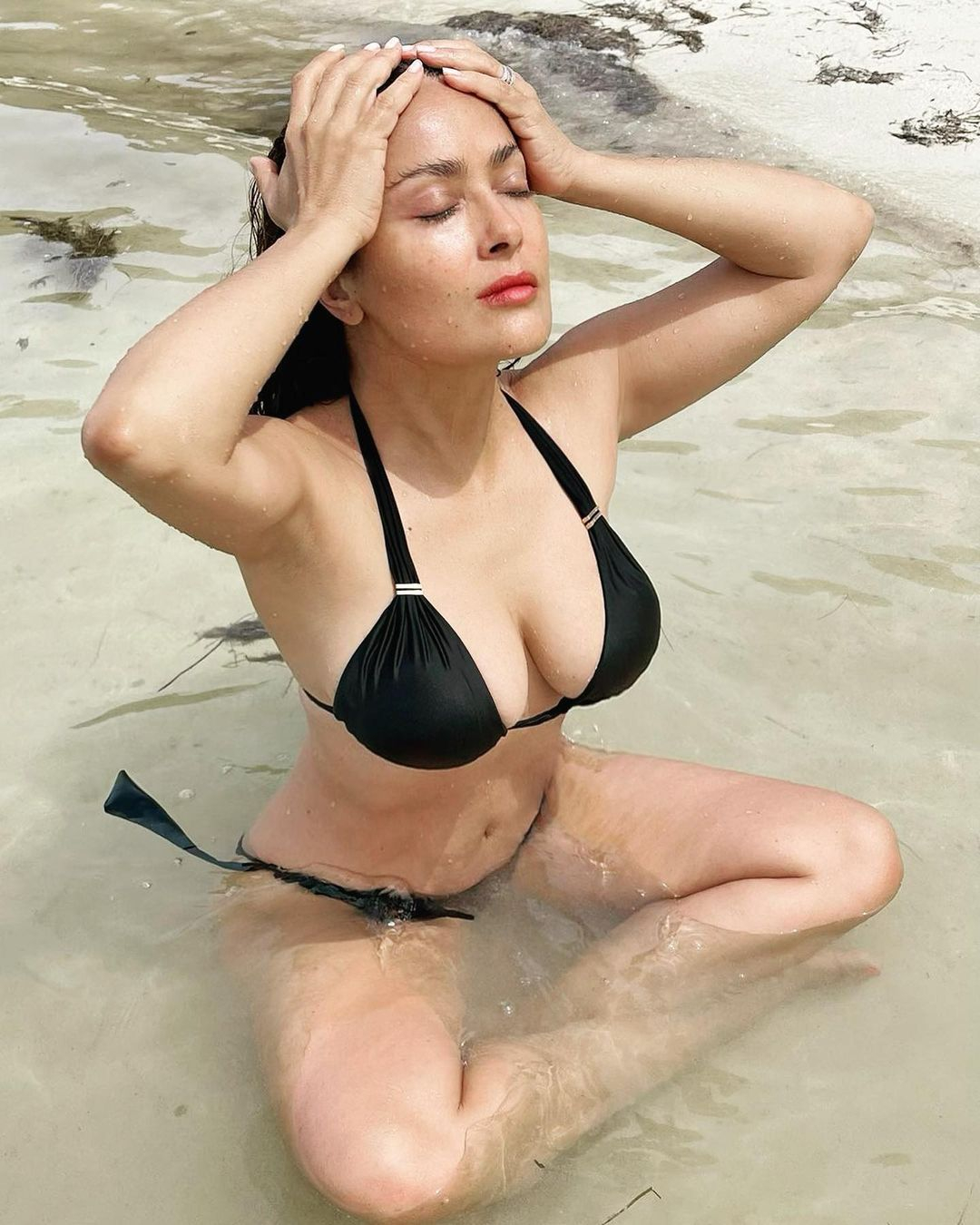 Salma showed off her cleavage in a new Instagram postCredit: salmahayek/Instagram 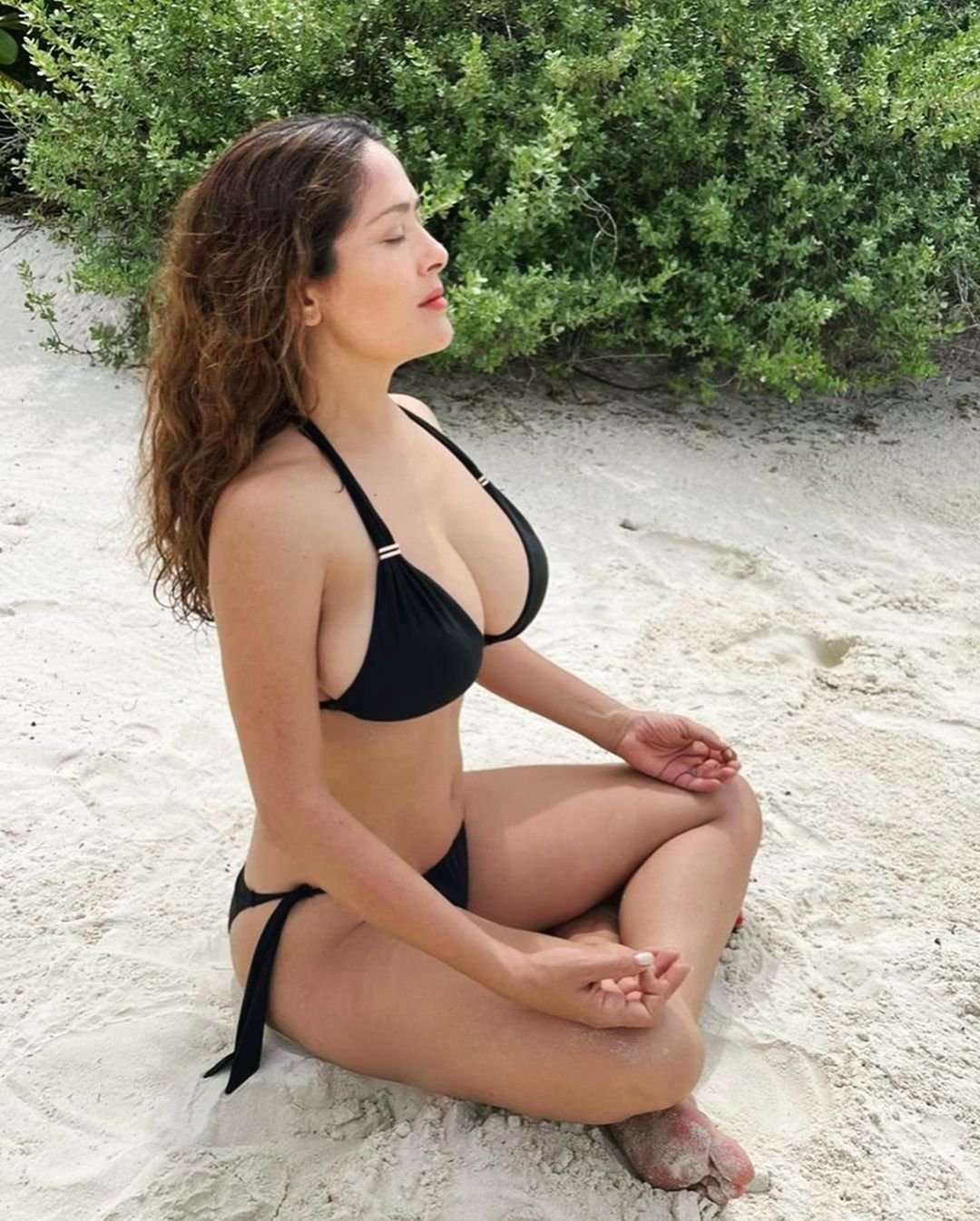 Salma stunned in a black bikini as she crossed her legs while sitting in the ocean.

The actress seductively pushed her breasts out as she placed in hands on her head in one snap, while the following photo captured the ageless beauty sitting cross-legged as she appeared to mediate in the sand.

The caption concluded with the hashtags #instamood and #calm.

Fans couldn’t help but gush over Salma in the comments section of the post.

One person wrote: “How could someone keep calm after seeing you pretty lady.” 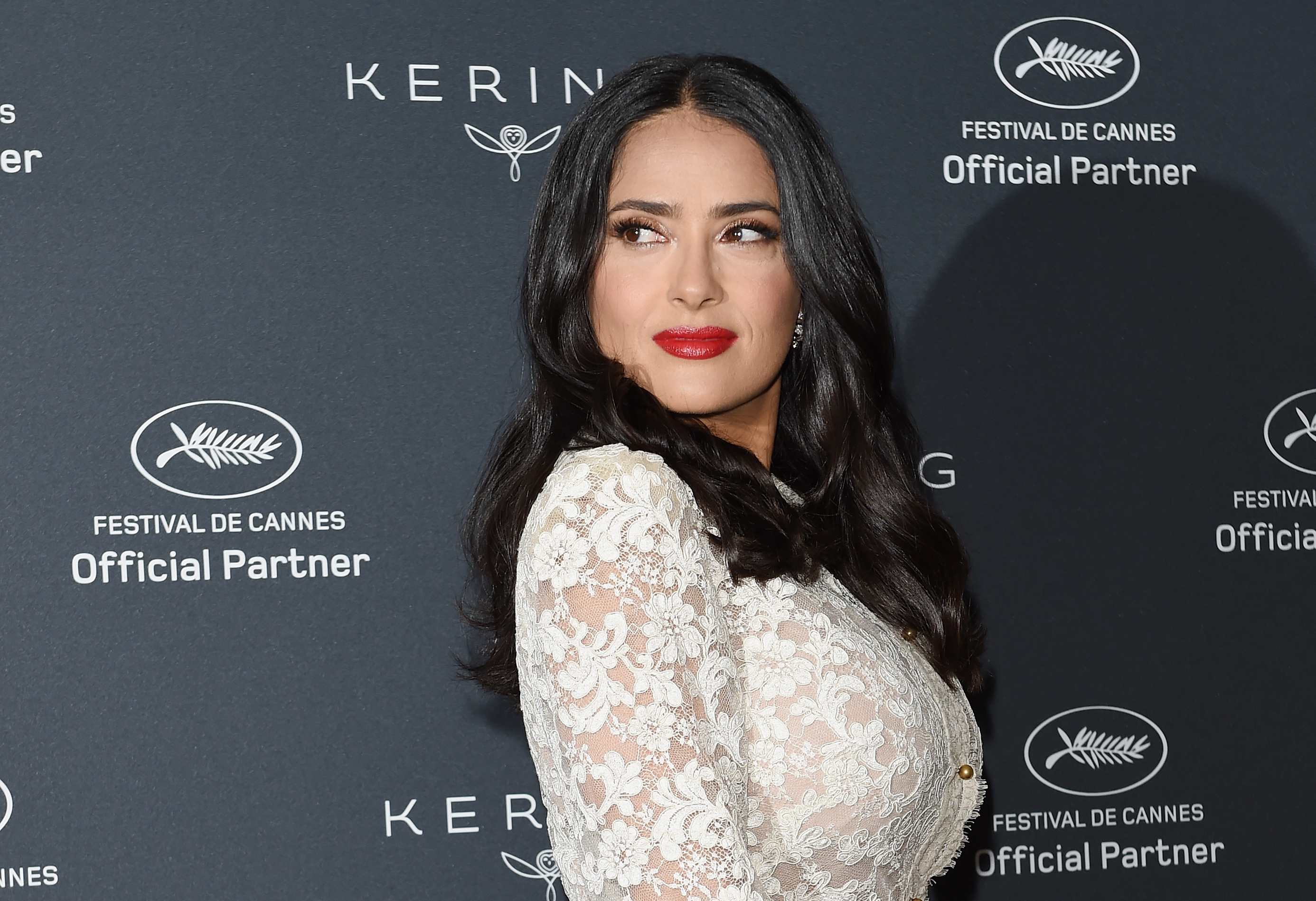 Fans fled to the comments section to praise the actressCredit: Getty Images – Getty 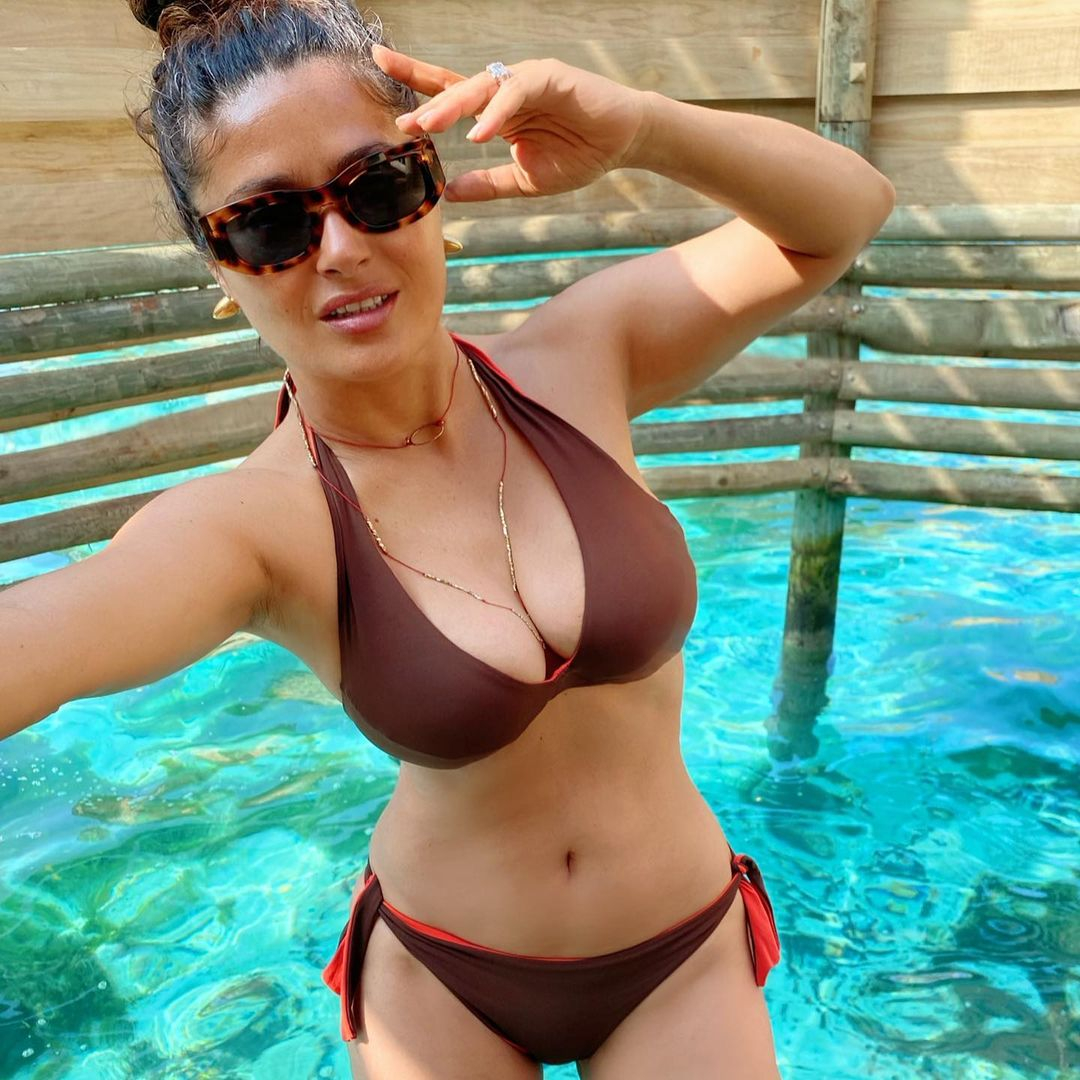 She regularly shows off her body on social mediaCredit: Instagram

Another added: “How’d you do to look spectacular???”

A third fan chimed in: “You are truly beautiful, Salma.”

The star hasn’t been afraid to show off her impressive body as in the past, as she recently stripped down to only a bikini as she celebrated the New Year.

While welcoming 2021, she slipped into a brown bikini, tied her hair back and wore tortoise shell sunglasses as she prepared to go for a dip.

Her huge diamond ring sparkled in the sunlight and provided a glamorous finish. 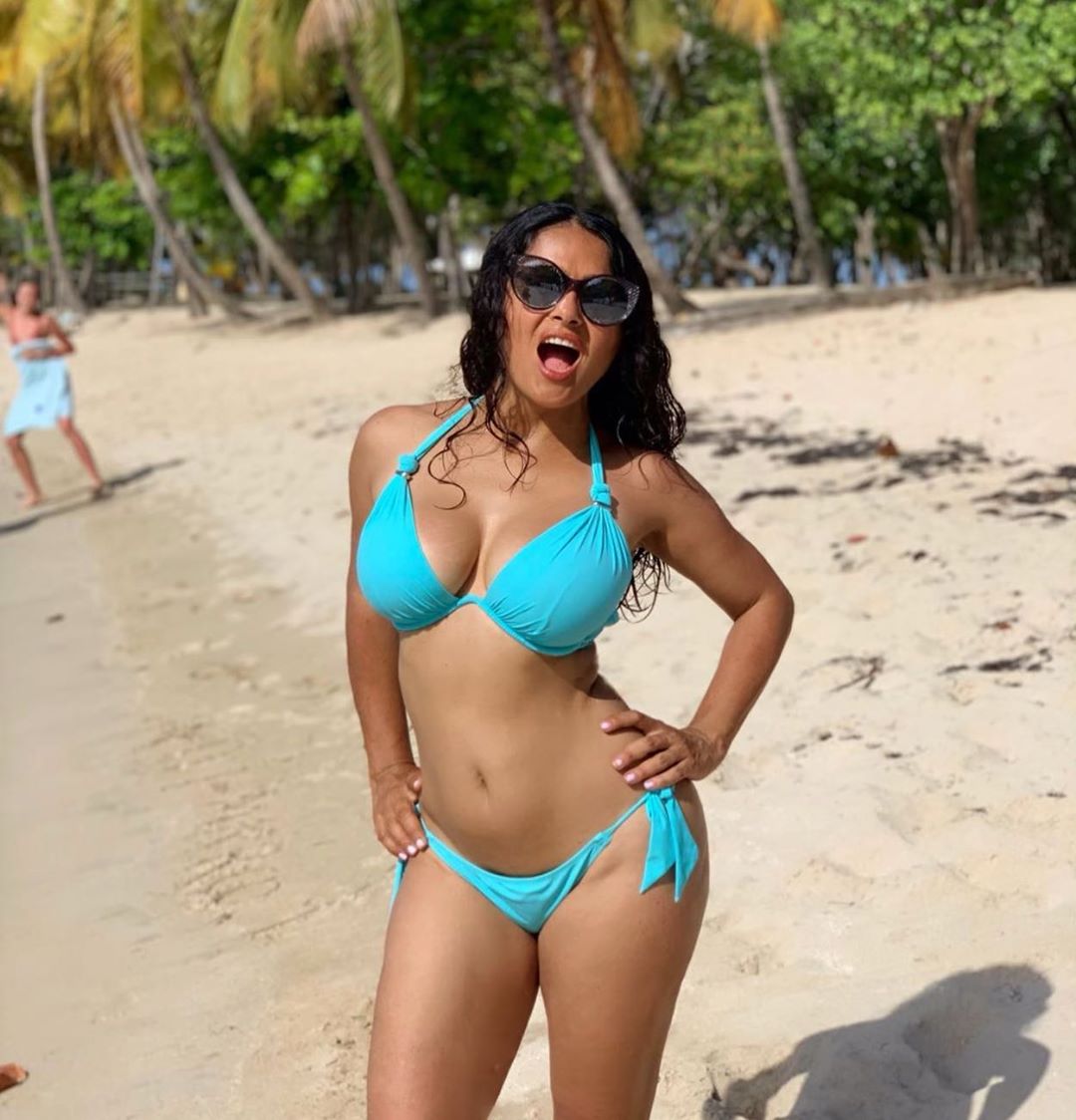 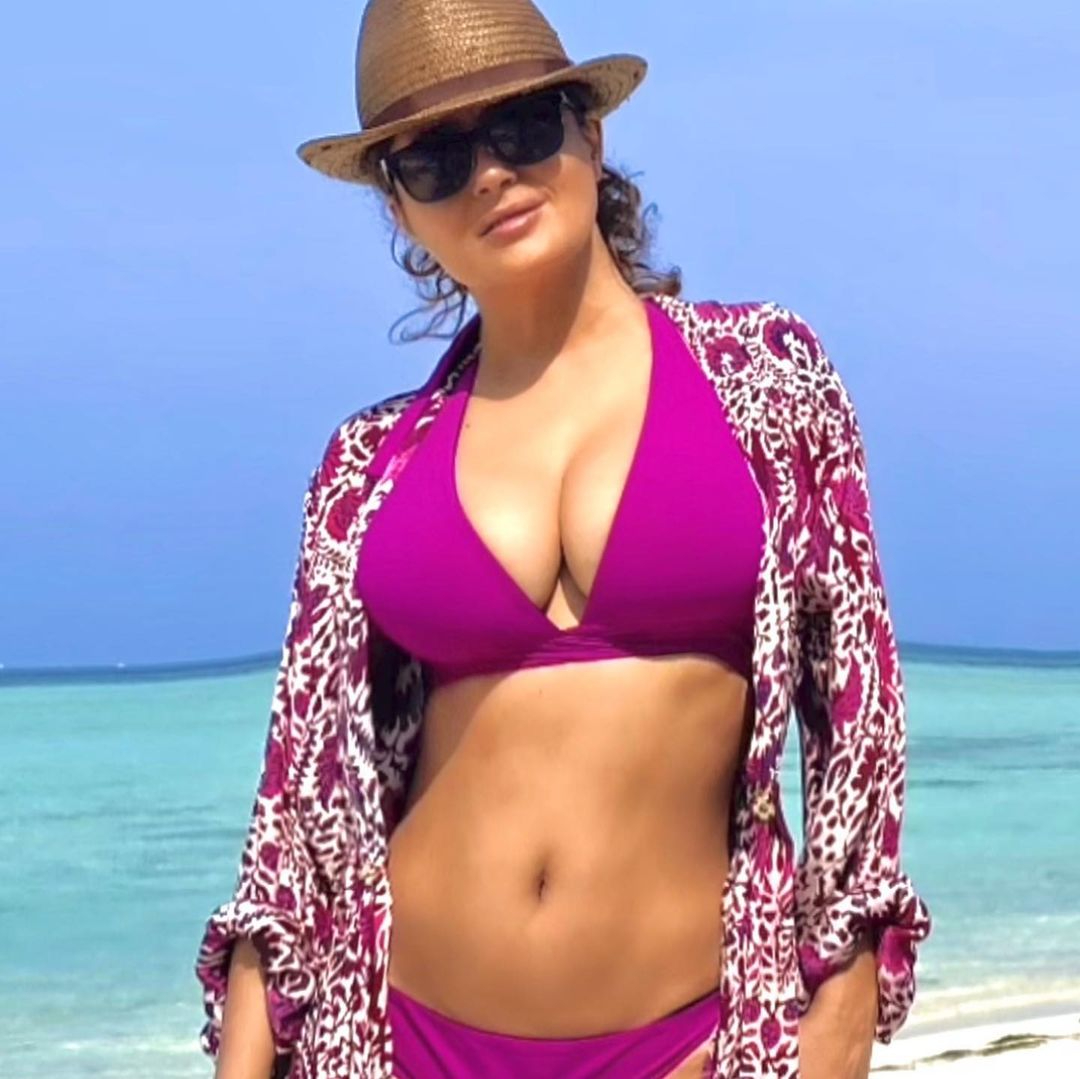 Fans fell in love with the look, with one person commenting on Instagram: “The most beautiful woman in this world❤️.”

Days before her sexy New Years shot, the Desperado star revealed her impressive abs and toned legs in another snap.

The mother-of-one protected her face, shoulders and head by wearing a chic straw fedora, sunglasses and loose fitting purple and white print shirt.

Salma captioned the post: “Last days of 2020. Never been more grateful for being healthy and in contact with nature.” 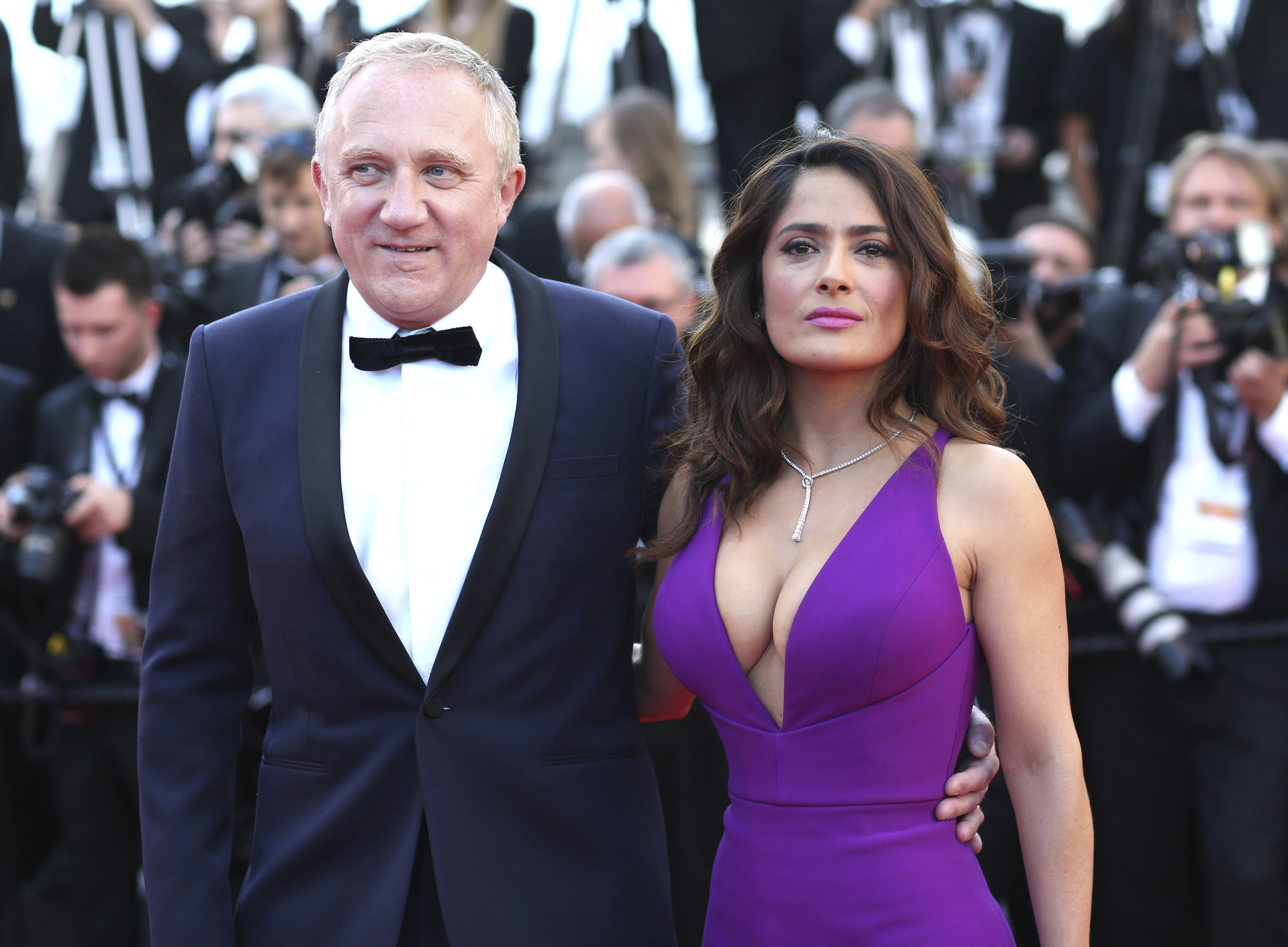 The beautiful actress rose to fame after moving to Hollywood and scoring roles in films such as Desperado, From Dusk till Dawn, Wild Wild West and Dogma, while she had her breakthrough role as Mexican painter Frida Kahlo in the 2002 film Frida.

The couple share daughter Valentina, who was born in September 2007. 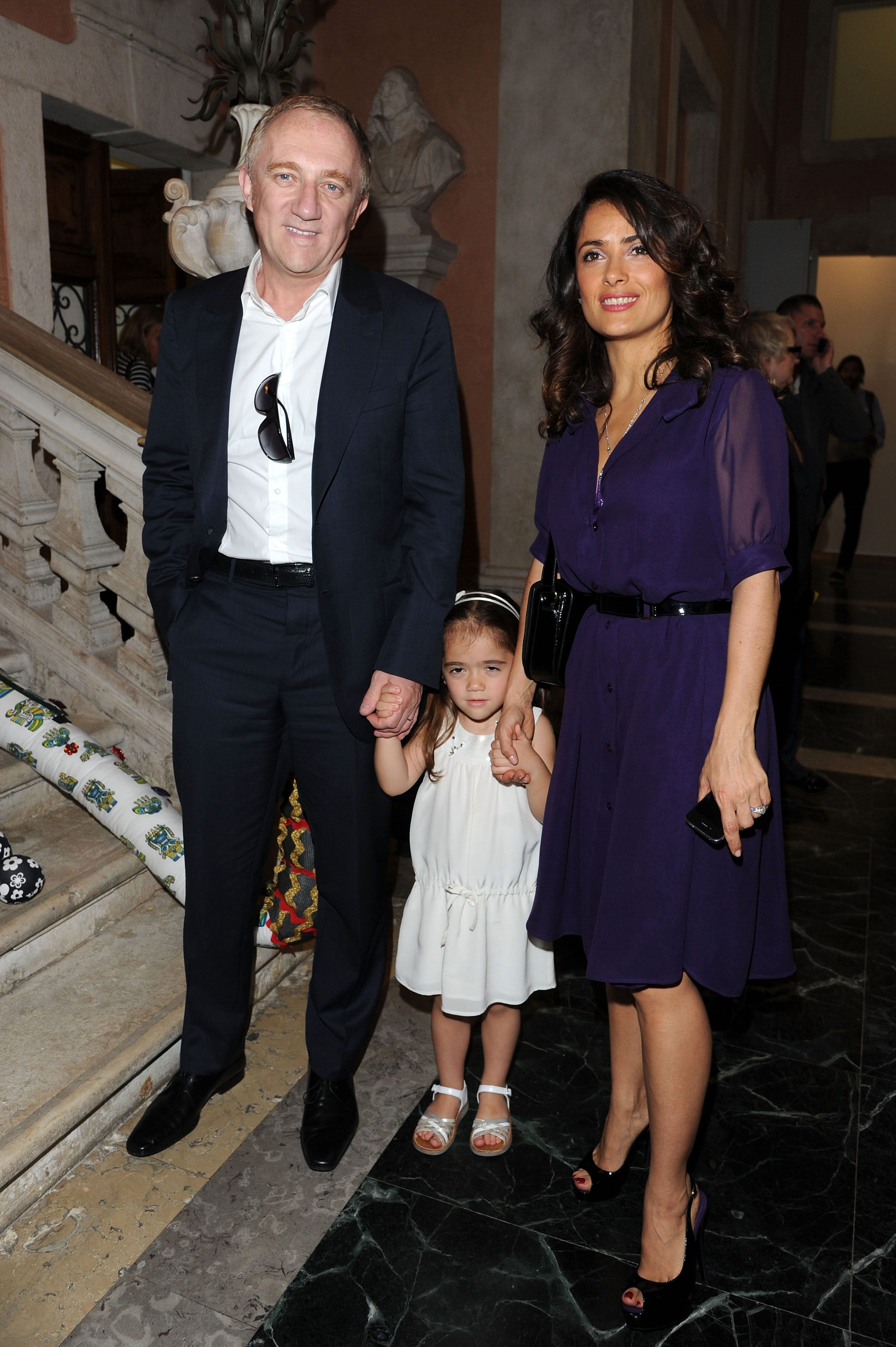