Hopes of a mercy mission to rescue bus-loads of desperate civilians were dashed after callous Russian President Vladimir Putin dumped his promise of a five-hour cease fire. 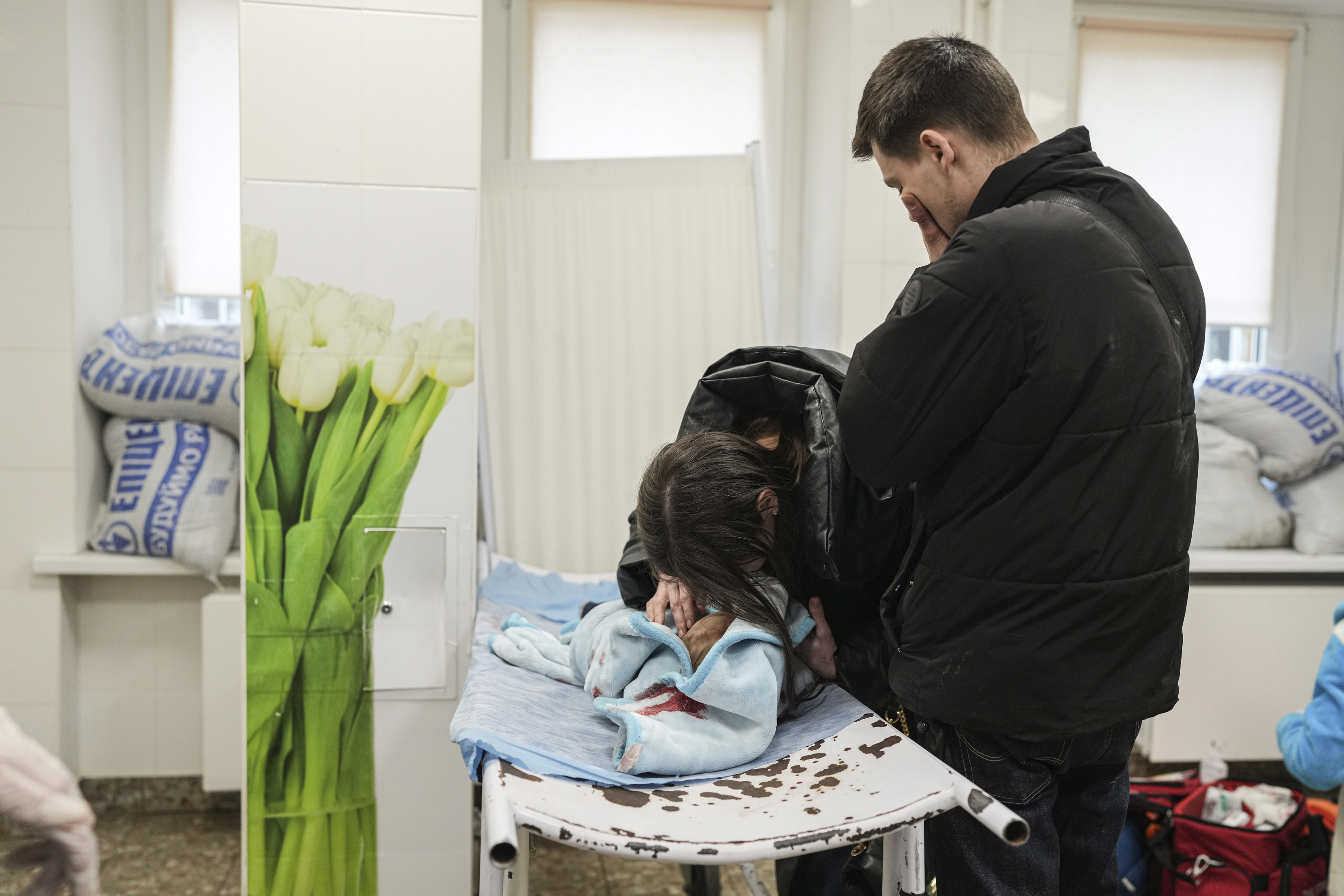 Ukraine and Russia had agreed civilians could make a dash to freedom from the encircled port city of Mariupol and nearby Volnovakha.

But moments after the guns fell silent at 9am local time, the routes which the evacuation buses were due to travel along were blitzed by Russian shells.

Vadim Boychenko, the mayor of Mariupol, said they had to abort the mission to avoid a massacre.

Hours earlier he had told terrified residents to leave their bomb shelters for the rescue convoy.

He said in a video message: “We received confirmation from the Russian Federation that the passage is safe. We received a guarantee of the ceasefire.

“At the moment when we were ready, the shelling of the regular army of the Russian Federation began along the corridor along which we were supposed to move.”

Large parts of the lifeline port are without water, power or mobile phone signal and officials have warned supplies of food and medicine are running dangerously low.

The Red Cross described the carnage unleashed by Russia’s invasion as “heart-breaking” yesterday.

Pictures from inside the city showed parents Fedor and Marina Yatsko weeping over their baby son Kirill’s dead body in a hospital.

They had rushed him to casualty in Mariupol after troops opened fire, but medics could not save him.

His death followed days of similar atrocities, including a teenage lad being killed while he played football in the street with his pal.

The Red Cross repeated its calls for both sides to protect civilians as the UN confirmed at least 351 have been killed and 707 injured since Putin invaded on February 24.

Ukrainian officials say the true toll was much higher, with at least 2,000 civilians slaughtered in missile, artillery and air attacks on civilian neighbourhoods.

Russia’s accused Ukrainian “fascists” of preventing civilians leaving and claimed they were attacked by local forces.

Ukraine’s President Volodymyr Zelenskyy said the escape corridors were vital “to save people, women and children, especially older people, to give food and medicine to those who remain”.

Hundreds of people are thought to have died in fierce fighting in Volnovakha.

She said: “At 11.45 am, the Russian Federation began shelling the city of Volnovakha with heavy weapons. Russia violated the agreements. Even with the mediation of the Red Cross, it does not adhere to its obligations.

“We appeal to the Russian side to stop the shelling, restore the ceasefire and give an opportunity to form humanitarian corridor columns so that the women, children and elderly can leave.”

The British Ministry of Defence said Russia is likely to have reset its forces for renewed attacks during the proposed ceasefire in Mariupol yesterday — indicating it was just a smokescreen to renew its stumbling offensive.

The Sun on Sunday passed a convoy of more than 20 school buses commandeered for the mercy mission. But they sat empty last night in Zaporizhzhya waiting for refugees to arrive.

Hundreds of residents there were trying to flee the city on trains, which were only taking women, children and men over 60.

We watched heartbreaking scenes as dads waved goodbye to wives and children through the misty panes of train windows.

A daughter, mum and grandmother were queuing for the train with their pet dog. One said: “We don’t know where it’s going, but we know it is going West. Does Britain accept refugees?”

More than a million people have fled their homes since Russia invaded ten days ago, with multiple military assaults from the North, East and South.

In extraordinary scenes in Irpin, on the outskirts of Kyiv, dozens of people took shelter under a destroyed bridge over the river as they tried to reach a place of safety.

Towns such as Irpin have faced the worst fighting as Ukraine’s resistance heroes slow the huge Russian war machine. Putin’s hopes of a lightning advance have been scotched by Ukrainians’ courage.

Attempts to capture Kyiv and second city of Kharkiv have stalled — with the help of British NLAW missiles and American Javelins.

It is only in the south that Russia has seized a significant city, Kherson. In smaller towns which the Russians have captured, civilians came out and protested.

One man waving a Ukrainian flag jumped on a Russian armoured personal carrier at a demonstration in the town of Melitopol yesterday.
“Glory to Ukraine,” he shouted.

In the city of Dnipro, billboards around the town bear the rallying cry of Ukraine’s resistance — taken from words of hero Ukrainian soldiers defending Snake Island in the Black Sea. They read: “Russian warship, go f*** yourself.”

A BRITISH chemical weapons expert yesterday warned that Russia could use chlorine barrel bombs to force Ukrainian civilians out of their shelters.

He said: “[Chlorine bombs] would force people into the open — where they would be at the mercy of the Russians.” 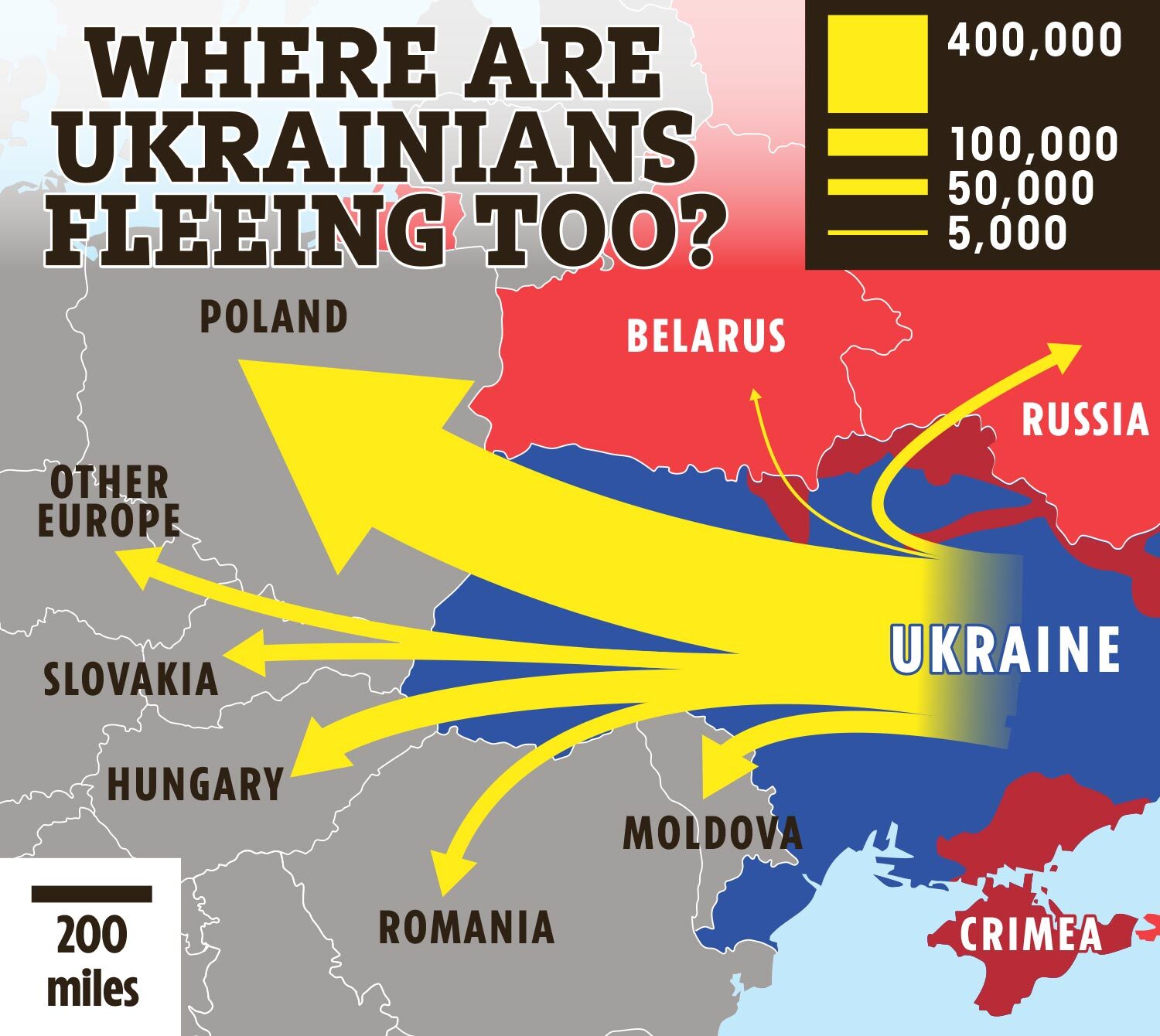 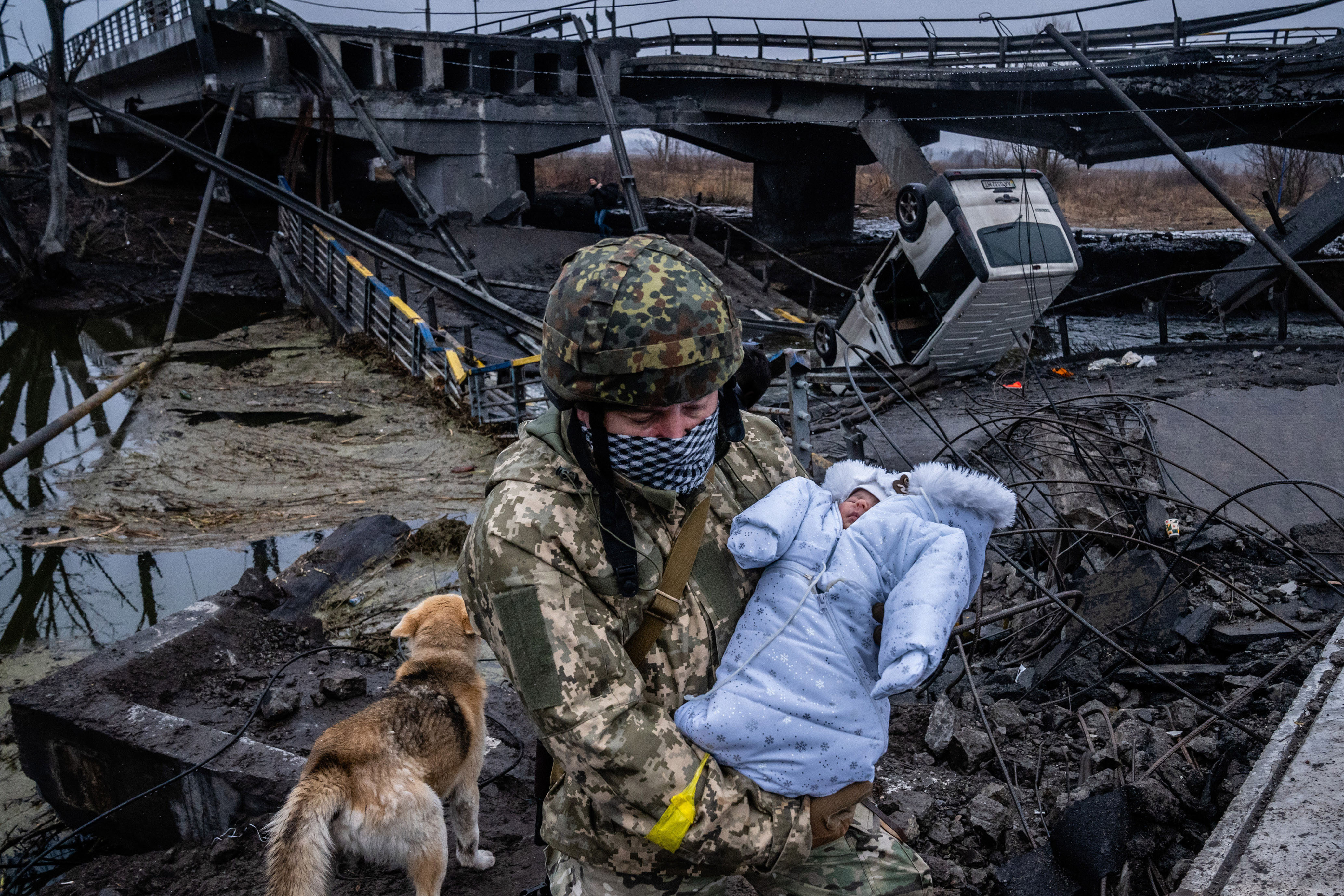 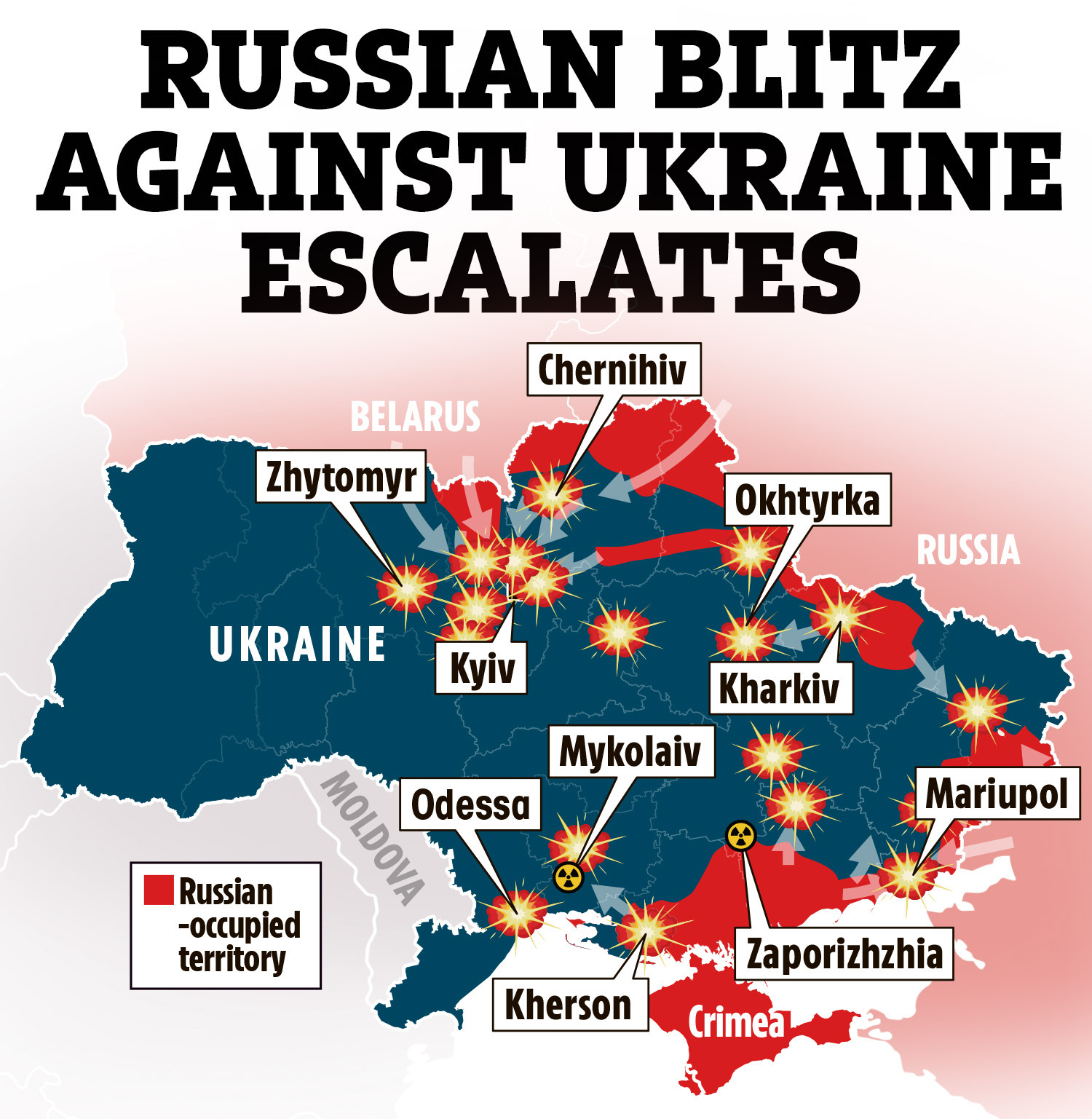