For Royale in Bow Wharf, I broke a rule: I made us leave the house on a Sunday to go out to eat. My favourite days to eat in restaurants are Wednesdays and Thursdays, which are closer to Mondays, when staff will last have slept properly. The midweek clientele is calmer, too; elegant, even. Friday nights are for the spewers, the shouters and the firework-between-bumcheeks brigade. Saturdays are for big tables of tossers all paying separately. And Sunday is for a lacklustre “brunch”, offering the normal menu, just shorter and with a £14 eggs florentine, or for a Sunday roast eaten in a room where at least one toddler in a waistcoat needs a lifetime ban.

Still, I wanted to try Royale, despite it being open only Thursday to Sunday and serving almost exclusively rotisserie chicken, because it’s a spin-off from another very good restaurant, Leroy in Shoreditch. Setting one’s stall out as an authority on rotating chicken is brave, because anyone who cooks, even moderately, believes they can do this better themselves at home. Chicken is a beginner’s level chance to be swanky.

It’s hard to go wrong with a good-quality chicken, a shedload of butter, a strategically placed lemon and a very hot oven. Hell, even I can pull it off. My other half, Charles, meanwhile, being of French stock, makes a terrific Gallic fuss of massaging, precision heating, herb combinations, seasoning dispersal and jointing. At Royale, it’s all about corn-fed Anjou chicken, rubbed with herbes de Provence and spices, cooked on an ancient Rotisol until succulent, with a crisp, brown outer casing, and served with baby potatoes roasted in dripping. See, doesn’t that sound worth leaving the house for?

Royale began life as part of Leroy’s pandemic survival plan, delivering chicken door-to-door, but has now taken root in a long, pretty, exposed brick room with an outdoor terrace that is part of the severely underrated East London Liquor Company, which distills and imports an excessive range of gins, rums and so on. That means Sunday lunch here is accompanied by one of those intriguing cocktail lists that one can’t quite help but test out. The Tai Me Up, for example, a heady blend of East London Rarer Rum, peanut butter, sherry, hazelnut and orange liqueur. 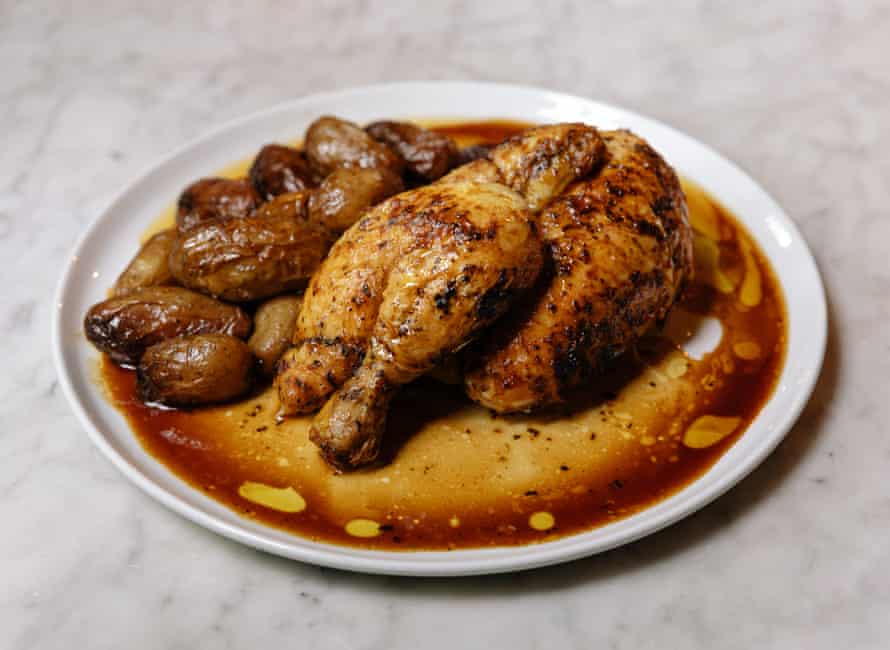 At this stage of proceedings, Sunday midday, we were almost the only guests at Royale, which was blissful for me, but certainly not great for their profits. I thought of all the other poor souls crammed elbow to elbow in pubs to eat roasts, when here I was in a large, empty space with a menu of plump nocellara olives, warm baguette with aïoli, crisp chickpea panisses and baked rounds of St Marcellin. Chef Lucy Timm is serving a refreshing, simple but delicious spin on Provençal home cooking. Yes, the bird is the main event, but there are also small plates of delicate artichoke on a bed of rocket with shaved parmesan and dressed lightly with lemon and good olive oil. There is a crisp courgette galette with ricotta and basil, as well as sweet, slow-roasted, lush tomatoes with a generous scattering of bolshie, satisfying anchovies, capers and marjoram. Sometimes, I have to admit that the French really do do it better.

Service at Royale, just as at Leroy, is relaxed but bright and knowledgable. Not standing on ceremony, but at the same time no one sits on their haunches, squatting down to be at eye level, calls you “guys” and claims not to need a notepad. 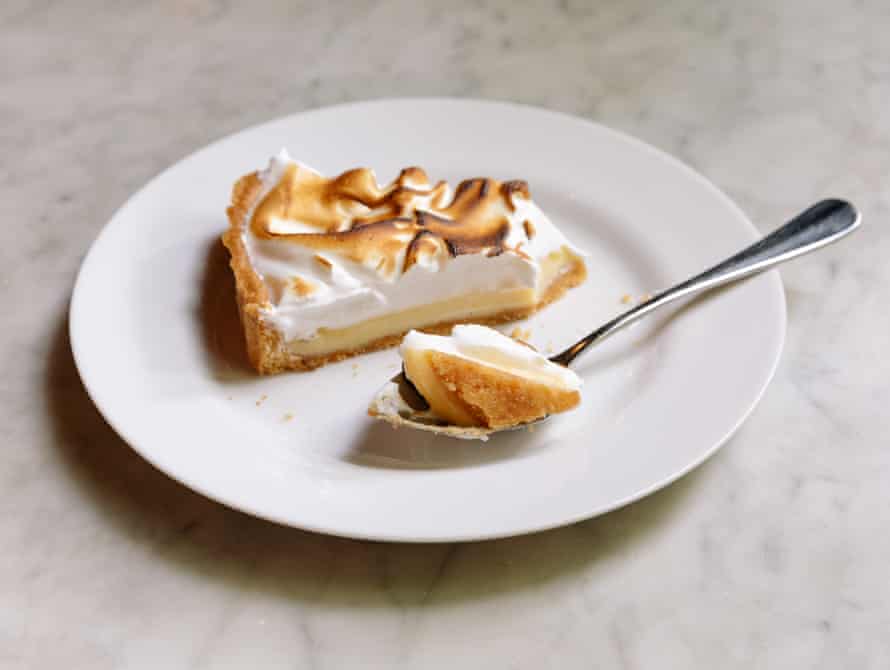 The crisp, brown chicken appeared on a platter with the potatoes in a puddle of thin jus. The French will never allow themselves fully to enjoy gravy – you can drive from La Rochelle to Strasbourg and never so much as detect a whiff of delicious Bisto – but at Royale I can overlook this. Essentially, it is a good place to have up your sleeve if you need a place to meet a bunch of friends, perhaps even their nicely behaved children or dogs (yes, they allow dogs), to eat simple, non-fussy, south-eastern French cuisine à la bonne femme, while chipping away at the ELLC’s nerdily curated booze supplies.

There are few other frills here, which in this era of climbing rents, staffing problems and other post-pandemic hospitality hassles is very sensible. Sometimes, simple is the most beautiful. Eat some chicken and roast potatoes, maybe with a side of crisp courgette frites with fresh basil and a squeeze of lemon. Finish with a slice of homemade cherry and almond tart or, in my case, a slice of decent, pillowy, soft lemon meringue pie, which to my mind is not French at all, but by this stage, I was too incapacitated with food to quibble. Almost nothing good came out of the pandemic for the restaurant world, and we’re still a long way from being remotely normal, but a good roast chicken is a start.

Grace’s Comfort Eating podcast is out now. New episodes are released every Tuesday.

Queensboro FC: the team aiming to represent an area with 130 languages | USL Pro