ROCHELLE Humes has defended herself after she ‘replaced’ Candice Brathwaite on an upcoming documentary about Black women dying in childbirth.

The former Saturdays singer hit back on Instagram after trolls accused her of ‘stealing’ the presenting role on the upcoming Channel 4 film, which will investigate why there is a higher mortality rate in Black women during labour. 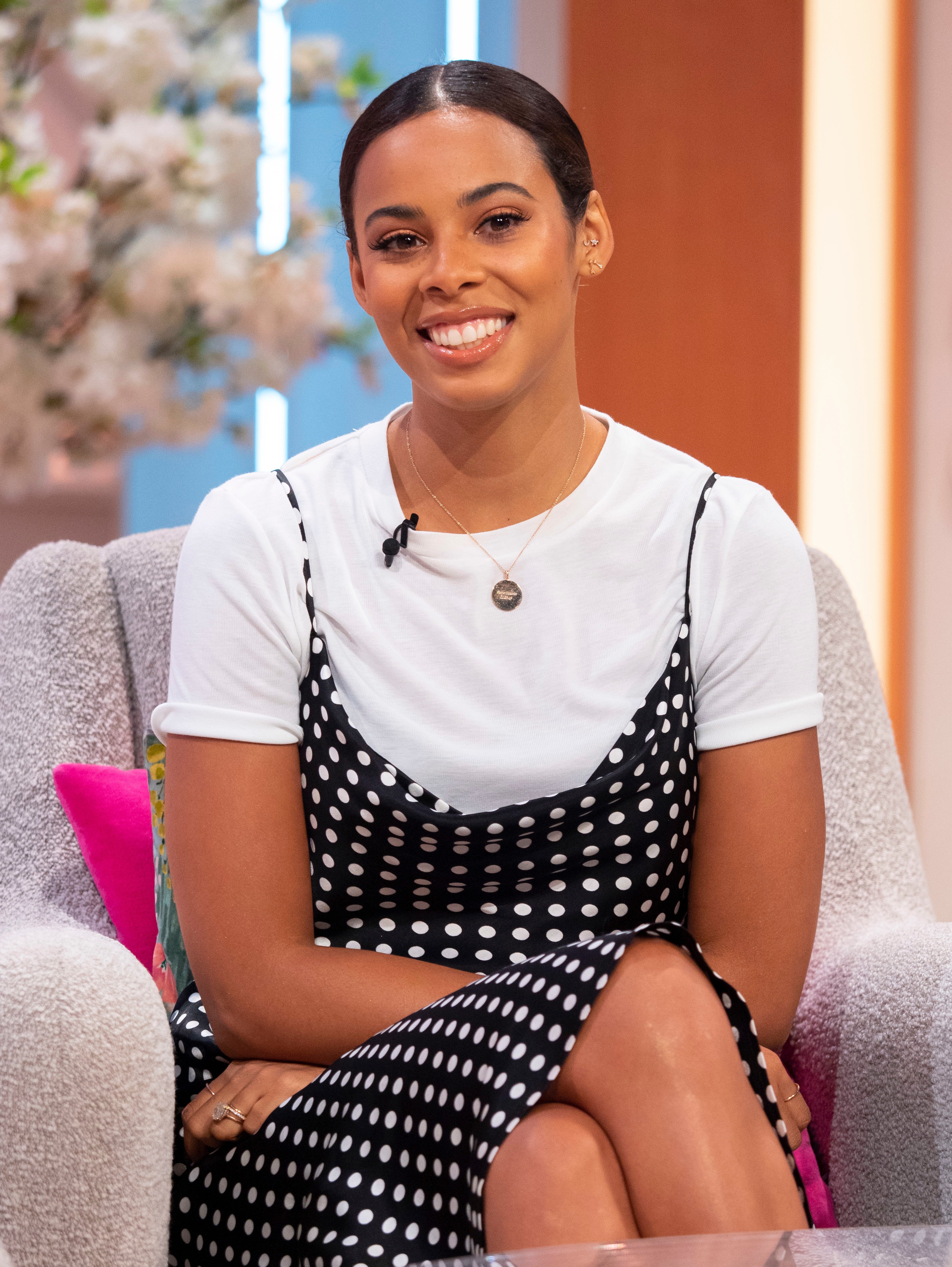 Rochelle Humes has defended herself after she was accused of ‘replacing Candice Brathwaite’ on a documentary about Black women dying in childbirthCredit: Rex Features

Rochelle, 31, was harassed on Twitter after Candice said she had lost out on a job to a “lighter-skinned black woman more than once in the last six months” but didn’t name who.

In a lengthy statement shared via Instagram the This Morning star said: “Hey gang. The situation around the documentary playing out online is complex and I know that my response won’t satisfy everyone.

“That being said, I am going to speak to the facts and what I know to be true. Firstly, recognise that I am contributing to a conversation that many black women have been central to and fighting for a long time.

“When taking on this project, it was necessary to the producers and I, that the voices of the people who’ve been directly affected are centred in the storytelling.”

The mother-of-three went on: “It’s important to me personally and everyone involved in this documentary that this ongoing issue is brought to the widest possible audience. 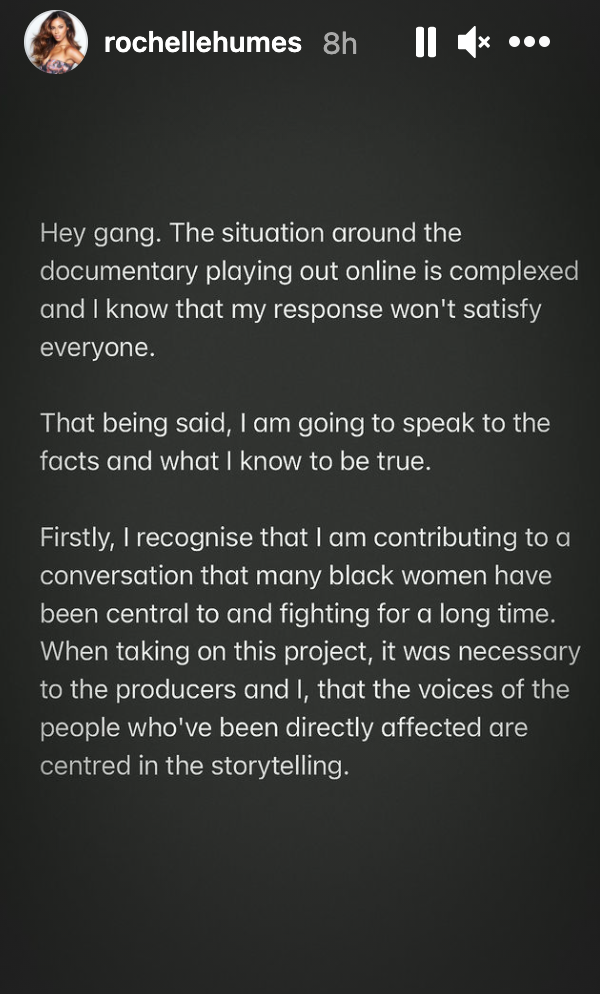 “I want to utilise my platform to add further reach and visibility to this ongoing issue, with the sole intention of creating broader awareness to affect change.

“I was offered the role as host last year, to go on an exploratory journey through the lends of the audience to ask the question why.

“To tackle any issue on a national scale, it involves a community of people pulling together to advocate and rally for change as ultimately we all share the same goal.”

She continued: “This is bigger than me and not about me, I’m just bringing this topic to a wider audience and championing the incredible women that haven’t yet had their voices heard. 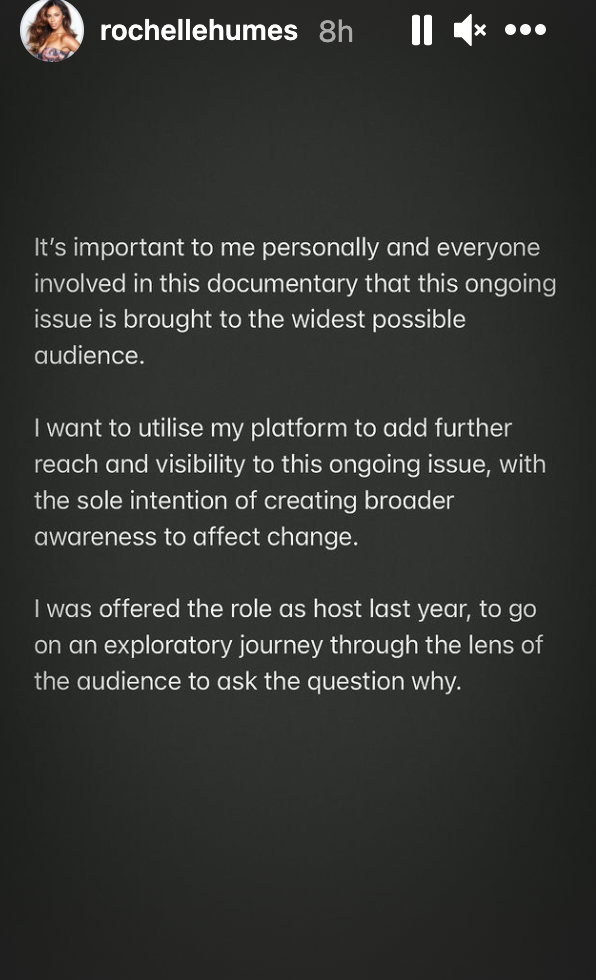 “I want to honour the brave people who have opened up and shared their journeys, in the hope that, collectively, we can understand, learn from, and end these needless deaths.”

Candice, 32, had campaigned about the higher maternal mortality in black women for years after she almost died giving birth to her daughter when she experienced septic shock.

She said two days ago she was “gutted” to be told she would no longer be hosting the upcoming documentary.

The I Am Not Your Baby Mother writer also said she had lost out on a job to a “lighter-skinned black woman more than once in the last six months”. 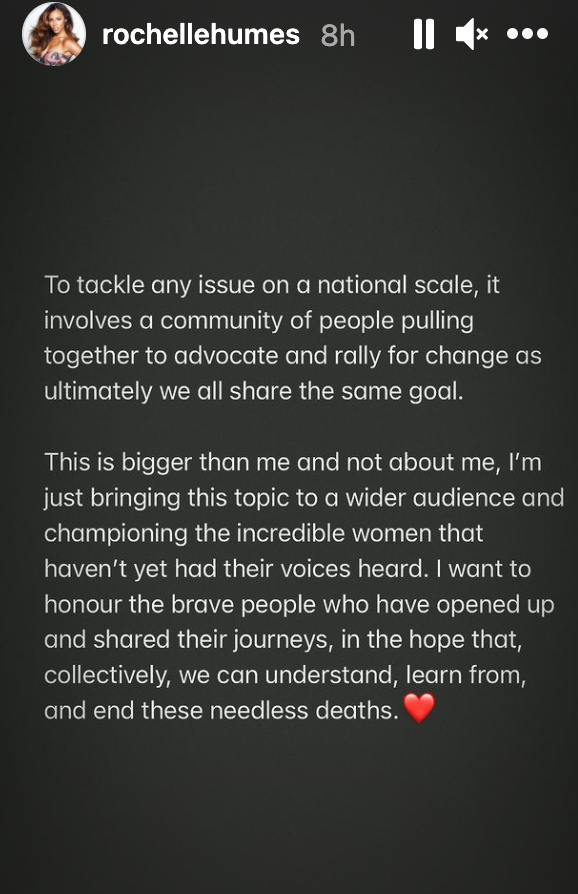 However, Candice said she was asked to clarify her comments and explained she wasn’t replacing Rochelle, but that the pair had been assigned to different documentaries about the same topic.

She said: “The producer of the show that Rochelle Humes is to present has called me asking me to clarify that I was never in the running to present that particular documentary.

‘So for the record – I was contacted in March 2020 by a different production company about developing a similar documentary and had been speaking with them throughout 2020 – our last zoom call being on December 1st 2020. 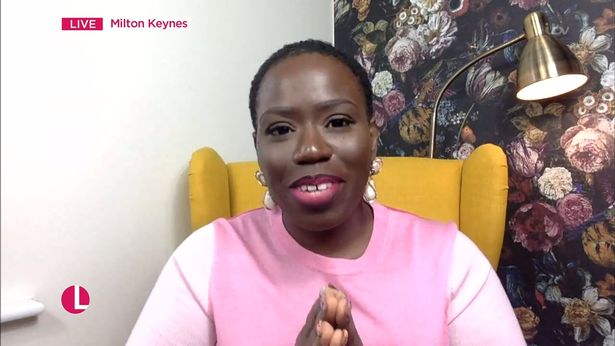 Candice clarified they were never attached to the same project

“I’ve been advised that the show with Rochelle was also being developed at the same time I was engaged in discussions and was obviously commissioned.”

Channel 4 also said in a statement to Metro: “It is completely untrue that Rochelle Humes replaced Candice Brathwaite on this film.

“Rochelle was the only presenter attached to the project. Candice was approached to be interviewed but declined.”