CHANCELLOR Rishi Sunak is set to extend furlough and the Universal Credit uplift – but painful tax hikes are on the cards too.

Insiders have described the Budget next week as a sandwich of good and bad news for families. 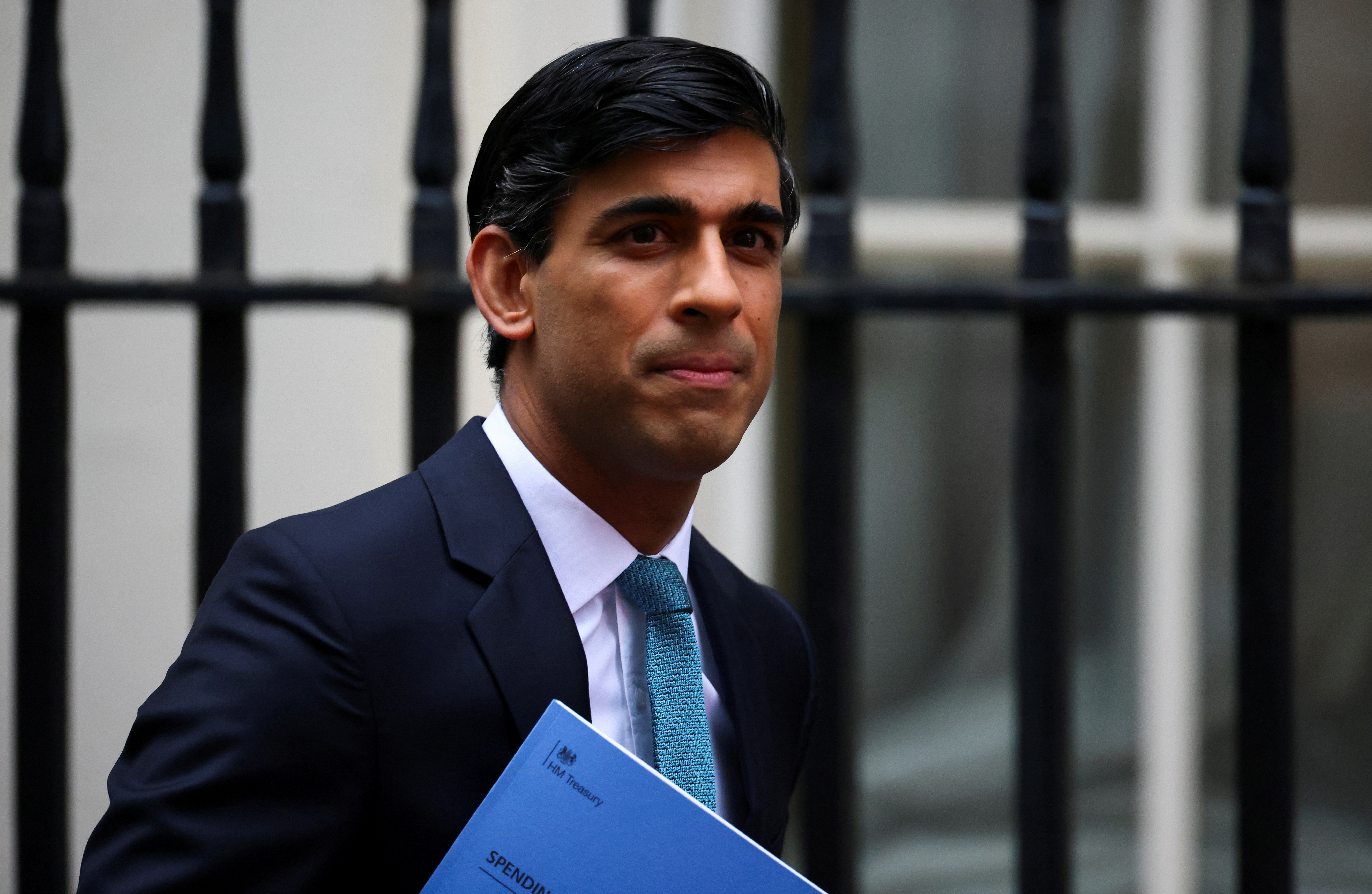 Rishi Sunak will announce his Budget next weekCredit: Reuters 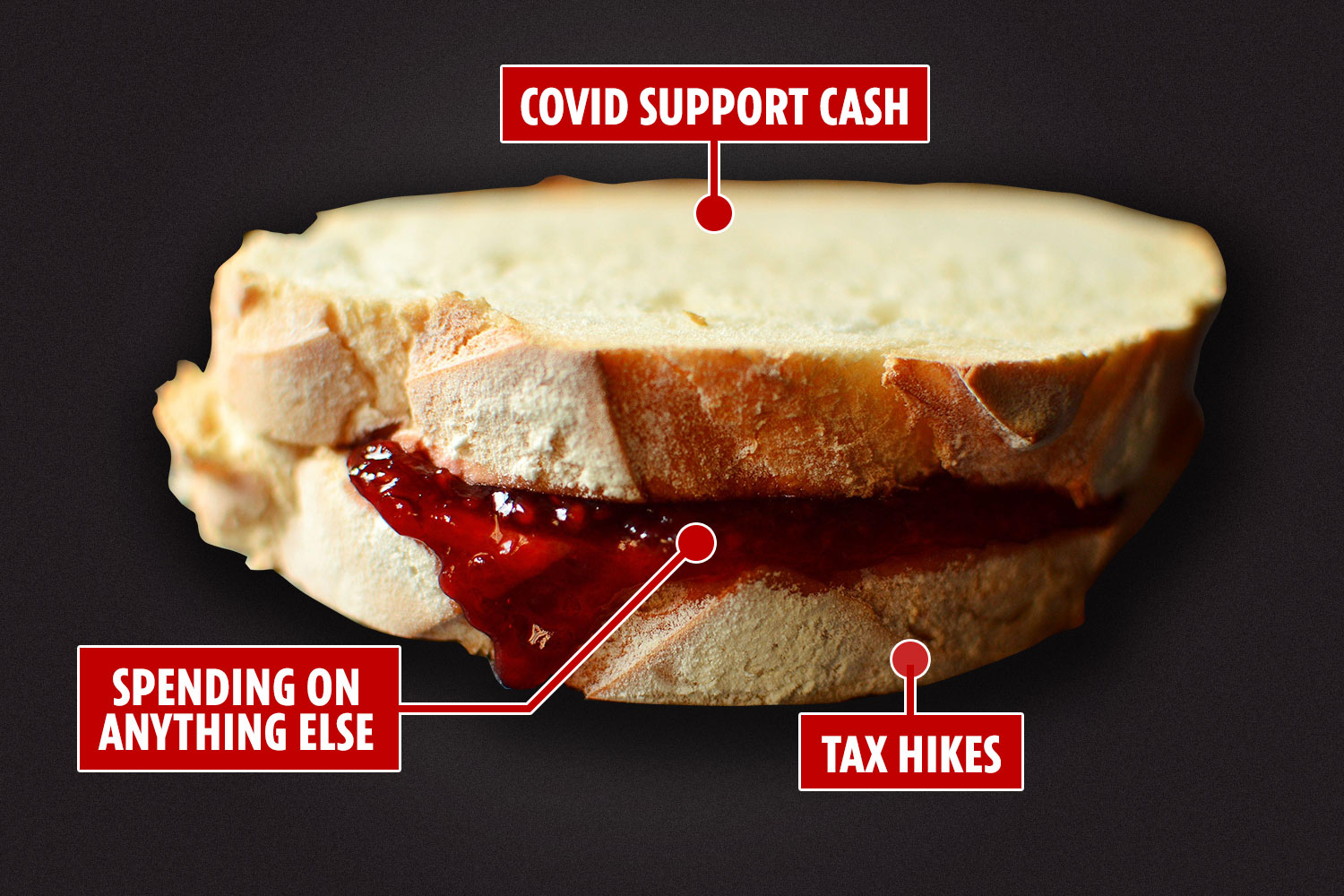 The first piece is a £30billion coronavirus support bundle that will see furlough, business relief, the Universal Credit uplift and stamp duty holiday all extended to June.

The Sun has previously reported how furlough will be extended until at least July, while other reports suggest the £20 Universal Credit uplift could carry on for another six months.

But doing this for three months more, to bring those measures in line with the Government’s programme for coming out of lockdown, leaves “thin jam” — or little to spend elsewhere.

Slice two is a package of tax hikes to start raising billions to close the UK’s budget deficit, which will hit £400billion by April.

Experts say that needs reducing by around £30billion to £40billion now to stabilise borrowing and prevent debt from rising as a percentage of national income.

The Institute for Fiscal Studies has said: “Even if the Government was comfortable with stabilising debt at 100% of national income — its highest level since 1960 — it would still need a fiscal tightening worth 2.1% of national income, or £43billion.”

In a bid to prove to the world that Britain’s spending is not out of control, Chancellor Mr Sunak will likely announce a hike in corporation taxes — up to as much as 25% from 19% over a number of years.

Raising capital gains will target the rich, such as second-home owners.

A government source said: “Action needs to be taken now, not in November and not next year, but now.

Mr Sunak is under pressure to keep the freeze on fuel duty rises and give a lockdown recovery gift of slashed booze levies plus allocating cash for infrastructure plans in the North.

Labour has insisted: “Now is not the time for tax rises for families or businesses.”

WE couldn’t believe our ears.

Who was this politician yesterday, soundly agreeing with The Sun that “now is not the time for tax rises for businesses”?

None other than Sir Keir, the Starmer chameleon.

A little more than a year ago,  this same man campaigned to install  mega-taxing, business-wrecking, Brexit- reversing Marxists in Downing Street. Yet here he was, for once making sense.

Sadly, Chancellor Rishi Sunak seems focused on tax hikes to whittle down the vast Covid debt. We sympathise. But we’re not minded to back any.

We will shed the fewest tears about owners of multiple homes paying more capital gains tax when they flog them.

Does it not bother the Treasury to be plotting tax rises even Labour baulks at?

Pleas not to hike fuel duty — backed by The Sun’s Keep It Down crusade — come as a new eco-petrol is sanctioned for use at UK pumps.

Ministers signed off plans for E10 — a mix of petrol and ethanol made from materials including grains, sugars and waste wood — from September.

The cut in emissions will be like taking 350,000 cars off our roads.