REAL Housewives Of Orange County’s Alexa Curtin has reportedly been arrested again after spending the last year as a fugitive.

The daughter of Bravo star Lynne Curtin has had a warrant out for her arrest since December 2019 when she failed to appear for a court hearing. 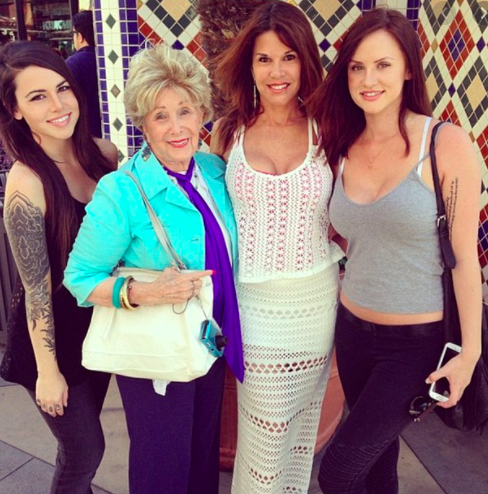 The reality star was arrested once again on January 8 and remains in custody, according to The Blast.

She is currently awaiting her next court appearance, which is set to take place in two weeks.

According to The Blast, she has pled not guilty to all of her pending criminal charges.

Her pretrial hearing is set for January 26th, while a jury trial will take place on February 4th.

Before her most recent arrest, Alexa had a warrant issued following a number of arrests that included drug-related offenses, a DUI and keying her boyfriend’s car.

Additionally, Alexa was previously arrested just nine days after she was released from jail for not showing up to the hearings she had for her other criminal cases in 2019.

Back in August 2019, The Blast reported she was arrested on August 2 in Orange County.

Alexa spent six nights behind bars before she was released on August 8, while she posted $10,000 bail.

Prior to the August 2019 arrest, the reality star was arrested for warrants relating to not attending her court hearings.

After serving time, she was released from the Orange County jail on July 24.

Following her July arrest, the RHOC star pleaded not guilty in relation to a drug possession charge.

She paid a $65,000 bond, while she was also ordered to appear in court in September.

In addition to her legal troubles, Alexa’s drug usage has also likely played into her personal relationships.

Back in May 2019, PEOPLE reported that Alexa had filed for divorce from husband Michael DeVecchio after six years of marriage.

The former couple tied the knot on November 28, 2013, though they separated just two years later in June 2015.

Alexa and Michael- who did not share any children- were officially divorced on November 16, 2019.

What happens if Trump is impeached twice?