FANS of the Handmaid’s Tale are eagerly awaiting the release of season four of their favorite show.

The hit Hulu series had only just begun filming season four when it was forced to shut down production due to the coronavirus pandemic in early 2020. 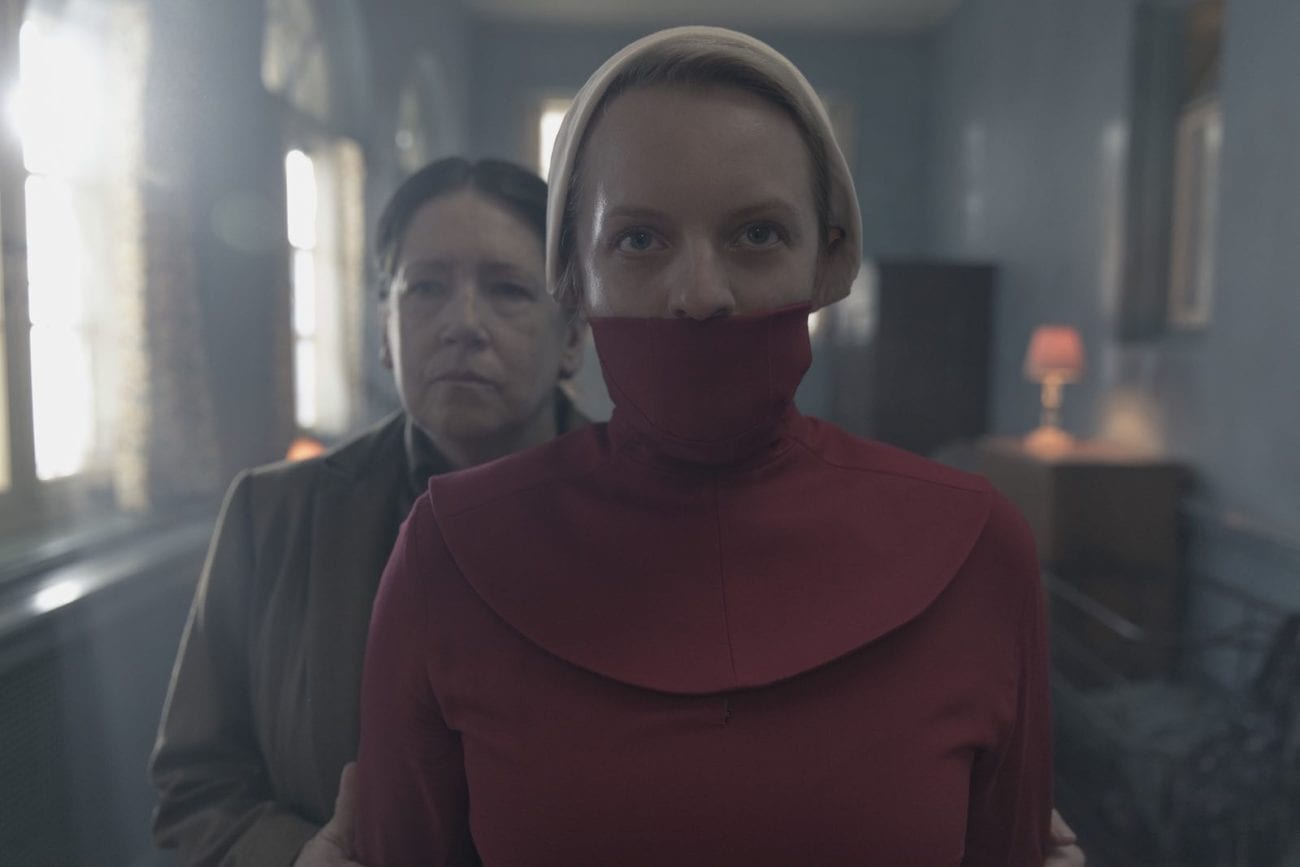 Who is in the cast of the fourth season of the Handmaid’s Tale?

Elizabeth Moss will reprise her role as June ‘Offred’ Osborne in season four of the Handmaid’s Tale.

Elisabeth, 38, previously revealed season four had plenty of “surprises” for where the show and her character June would end up.

She told The Times back in October: “We don’t want to keep doing the same thing.

“You can’t just keep June in this place where she’s tortured all the time. It’s boring.”

So far, Handmaid June has managed to get her baby daughter Nicole to safety in Canada while remaining in Gilead in the hope of saving her elder daughter Hannah too.

June is also in love with two men, her husband Luke in Canada and her lover Nick in Gilead, and discussing whether her character will get a happy ending with either man or her children, Elisabeth said: “It depends what you define as happy.”

She added she’d pitched one idea of “June ending up in a really modern relationship on an island”.

She said: “It’s very French, and they have beautiful children” before adding there was “an idea where it might end”. 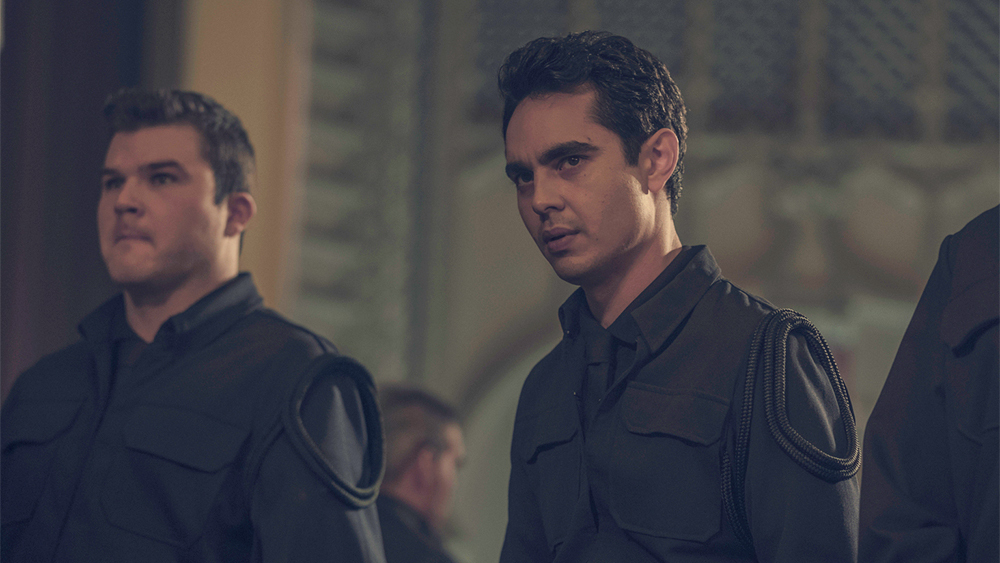 Offred spirals as a Gilead ceremony disrupts her relationship with NickCredit: Hulu

The show’s creator Bruce Miller has opened up about what fans can expect from the aftermath of June’s actions.

He told The Hollywood Reporter: “The pot is boiling. You can imagine this probably would start a war.

“It’s 86 children, but at a time where the birth rate is so much smaller, it might as well be 86,000 children being being taken from a country.”

He continued: “And I think that has been very juicy, the international elements of the show.

“Everybody who’s in Canada on our show is a refugee. That’s what they’re living, the refugee life.”

When is season four of the Handmaid’s Tale released?

Elisabeth Moss confirmed that the program would return for a fifth season.

In a tweet on Hulu’s official Twitter account featuring the cast, Elisabeth said: “Actually I have a couple of the [season four] scripts right here… and I’m also thrilled to announce we have been picked up for season five.

“It’s my privilege and honour to tell this story… It’s going to be a wild ride.” 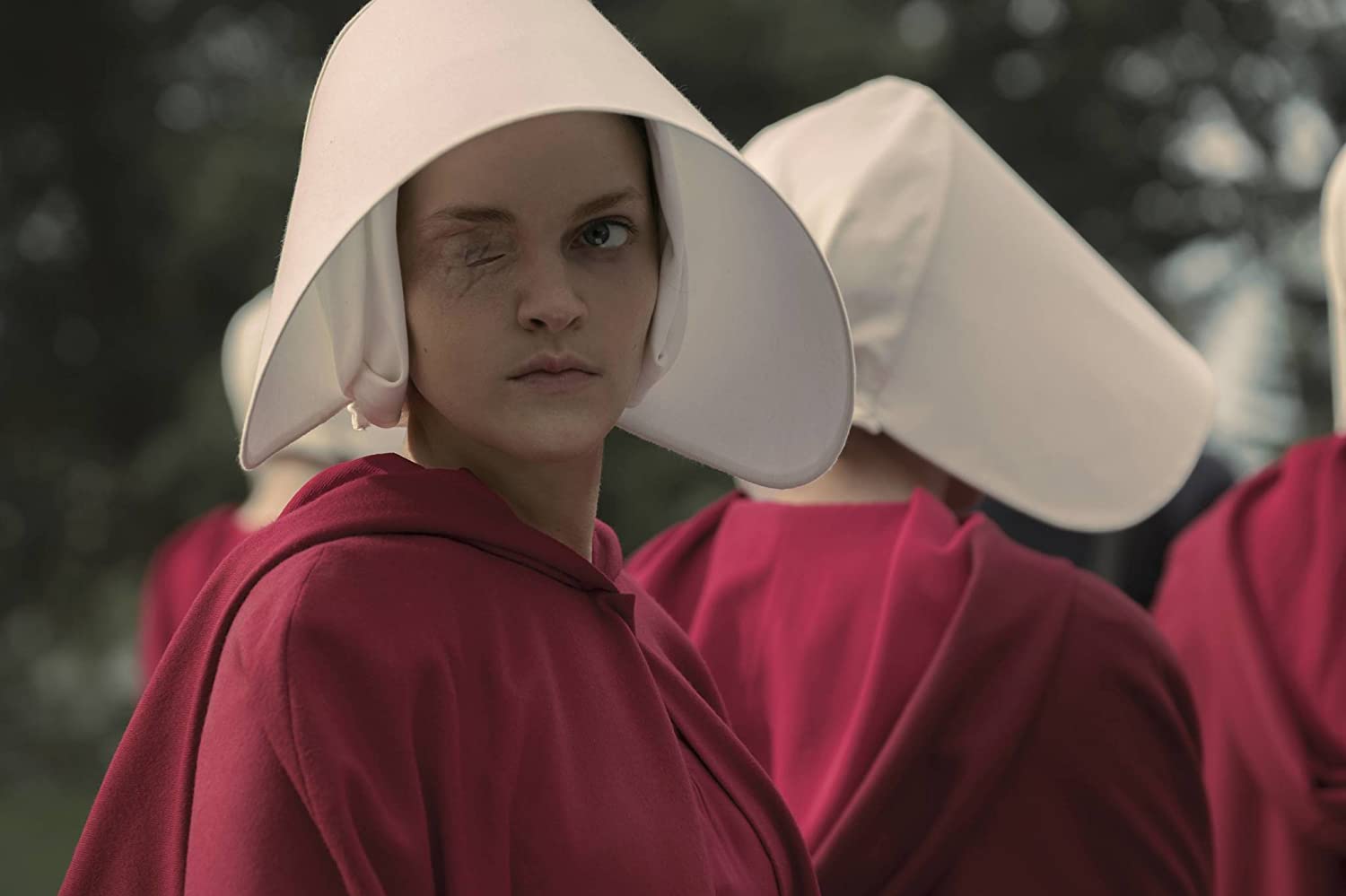 No further details were revealed for season five, but reports speculate that it may currently be in production.

What is the plot of the Handmaid’s Tale?

Based on the acclaimed book by Margaret Atwood, The Handmaid’s Tale sees the totalitarian state of Gilead rule parts of America after a military coop wipes out the Government.

Gilead subjects fertile women to child-bearing slavery, while the likes of homosexuals, priests and people of other professions before the civil war are persecuted.

The Gilead way of life makes for harrowing viewing as the Handmaids, including Elisabeth Moss’ lead character Offred/June Osborne struggles to survive.

With three seasons under its belt so far, the Hulu series has gone beyond Margaret’s original book and ushered in some disturbing scenes as it went.